Back again after a week missing on this blog. Busy week the previous week, its of photography but not my normal sort, Started off mid week with the company soccer match where I'm the un-offical, official photographer. Also had to take a few macro shots of some screw threads after some testing checking for thread damage. So that was  2068 shots on one day, so the next few nights processing loads of shots. Surprisingly there was not that many through away shots form the soccer, most were correctly exposed and in focus so plenty of happy campers there when I bought the shots in for them over the next two days. Then on the weekend Saturday was a photoshoot with some Friends of mine who just had a baby boy about 5 weeks ago so again something totally different to what I normally do s0 1262 shots of of that still working on these ones, lots of back and forth to get these how they like them. Mainly because I've never done anything like that before. But some nice shots and they appear happy with them so thats really all that matters.  Then on the Sunday was the Annual Works Childrens Christmas party so another full day of shooting 1035 shoot then the processing. Again happy people when I bought them in, so busy week the week before last. the family shots I'm still working though as theres a lot of work in getting these right processing wise. Good thing I shoot birds and mushrooms and not so much people shoots at this rate though after a While I'm sure I'd be faster at this as well. As the shots were of people and I don't have any permission to show the shots these won;t be shown here.

​So finally last saturday I managed to get out and take my normal shots in the Australian Botanical Garden's Mount Annan. Nothing to exciting this week in the way of shots.

The First shot is of an Olive-Backed Oriole (Oriolus sagittatus) sitting high up in its nest. I noticed this pair building its nest two weeks ago so good to see it now sitting. Not really a clear shot. Interesting to see the way the nest is hung from the forked branch woven onto the branches. 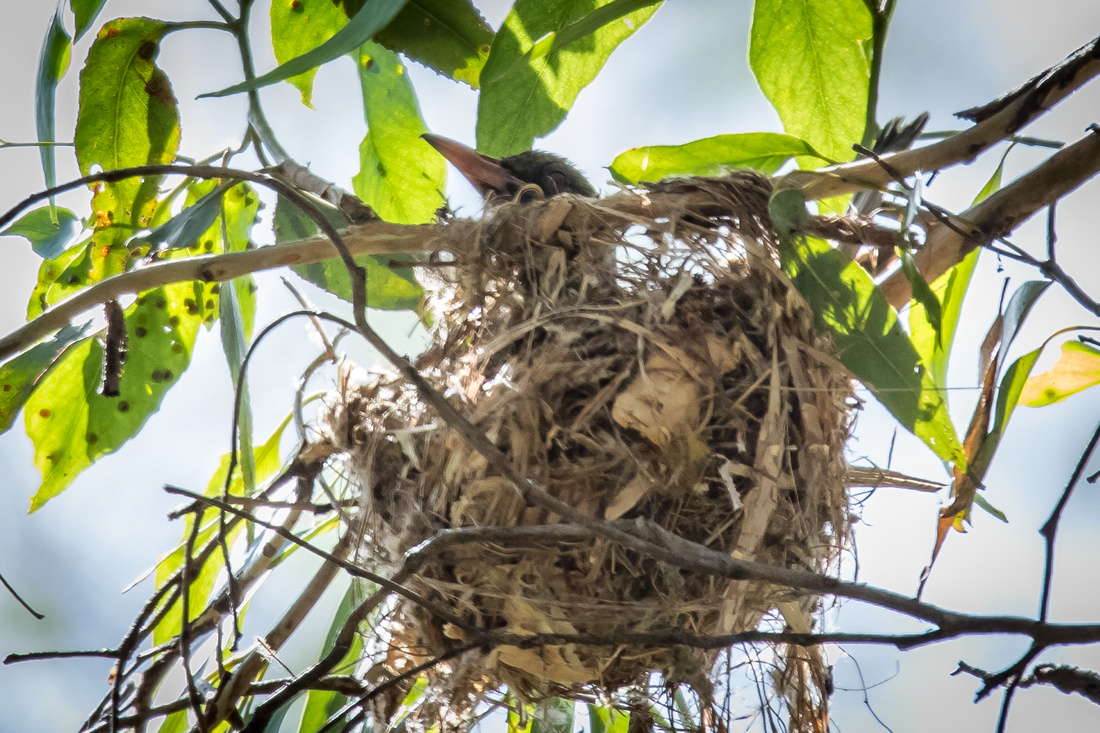 Nest I walked up to the small water hole opposite the seed bank where the night Heeron seamed to have been the previous weeks no sign of it this week but I did see this Australian White Ibis (Threskiornis molucca) the lighting was pretty harsh so not the best shot there with the strong contract due to a black and white Bird in direct sunlight. 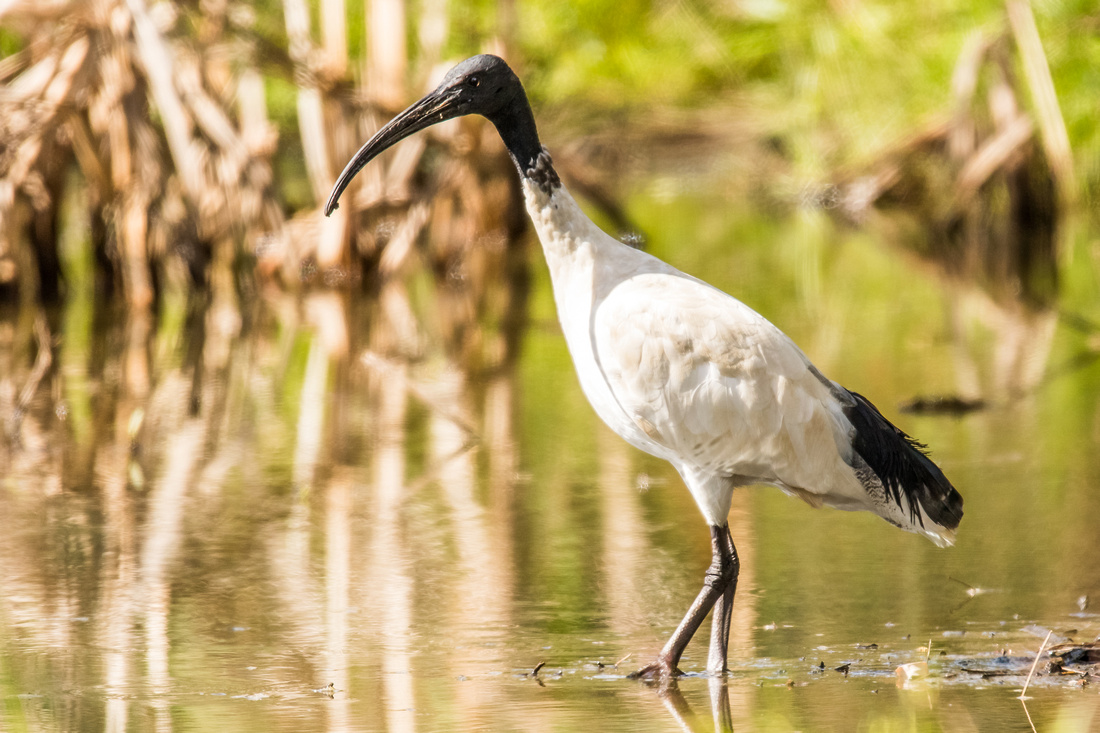 This Purple Swamphen (Porphphyrio) was not that far from the Ibis so same light so again not a great shot here. 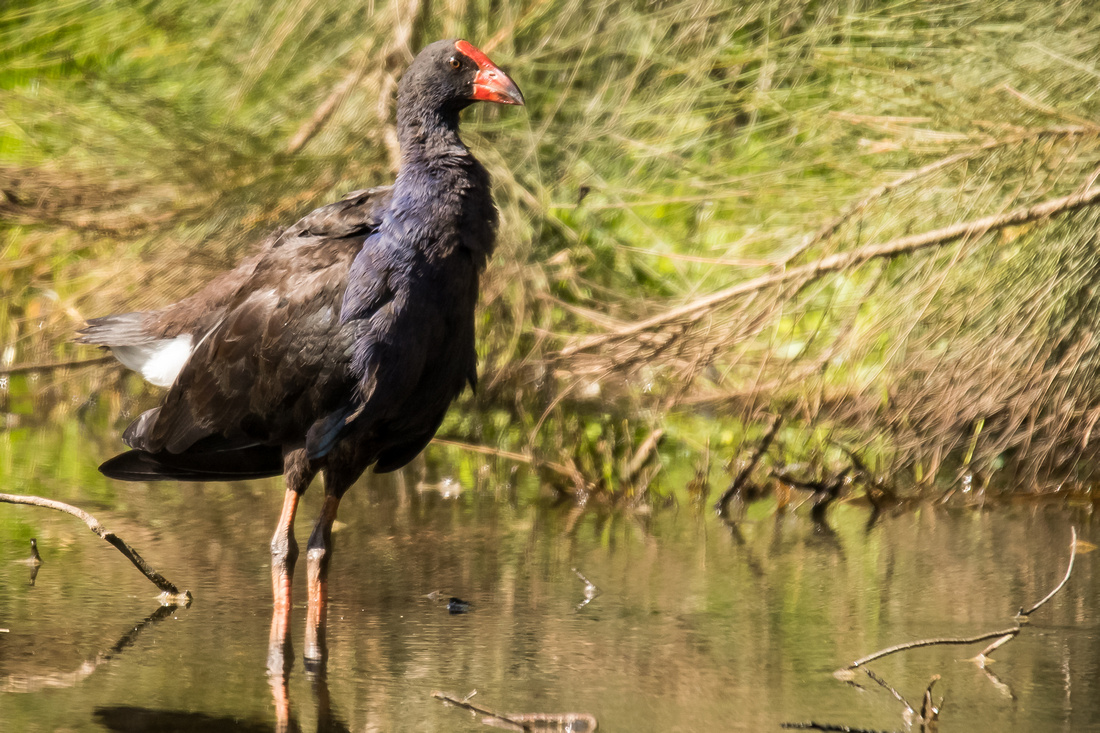 Not far form the water hole was this Black-faced Cuckoo-Shrike (Coracina novaehollandiae) doing a bit of maintenance in a Sheoak this one was pretty high up and not really a clean shot but the best angle I could get so had to make do with these two shots here. 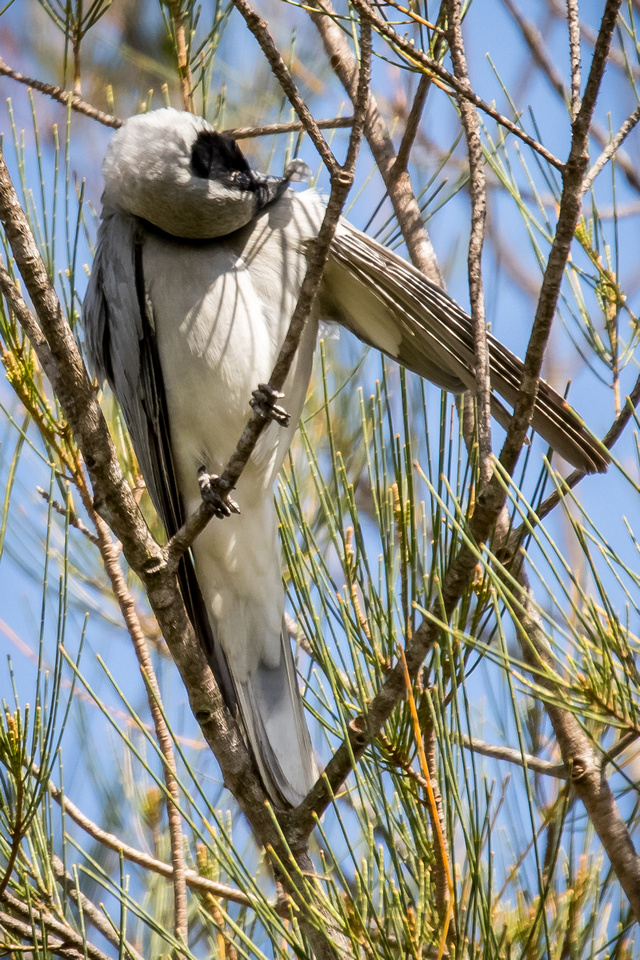 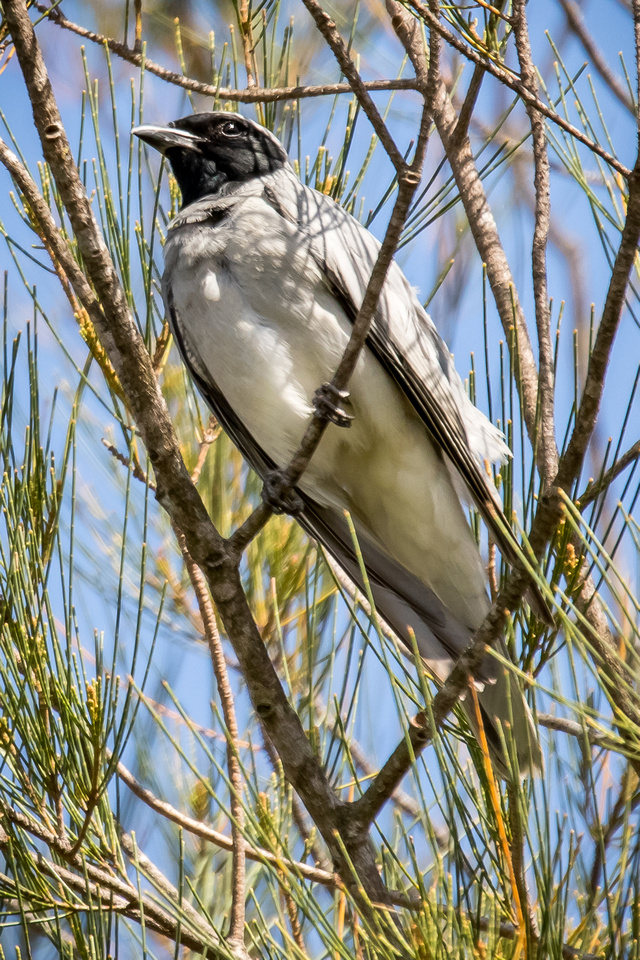 The Superb Fairy-wrens (Malurus cyaneus) were about as usual and I managed to get this shot. I didn't manage to get a decent shot with the wren facing me this time. 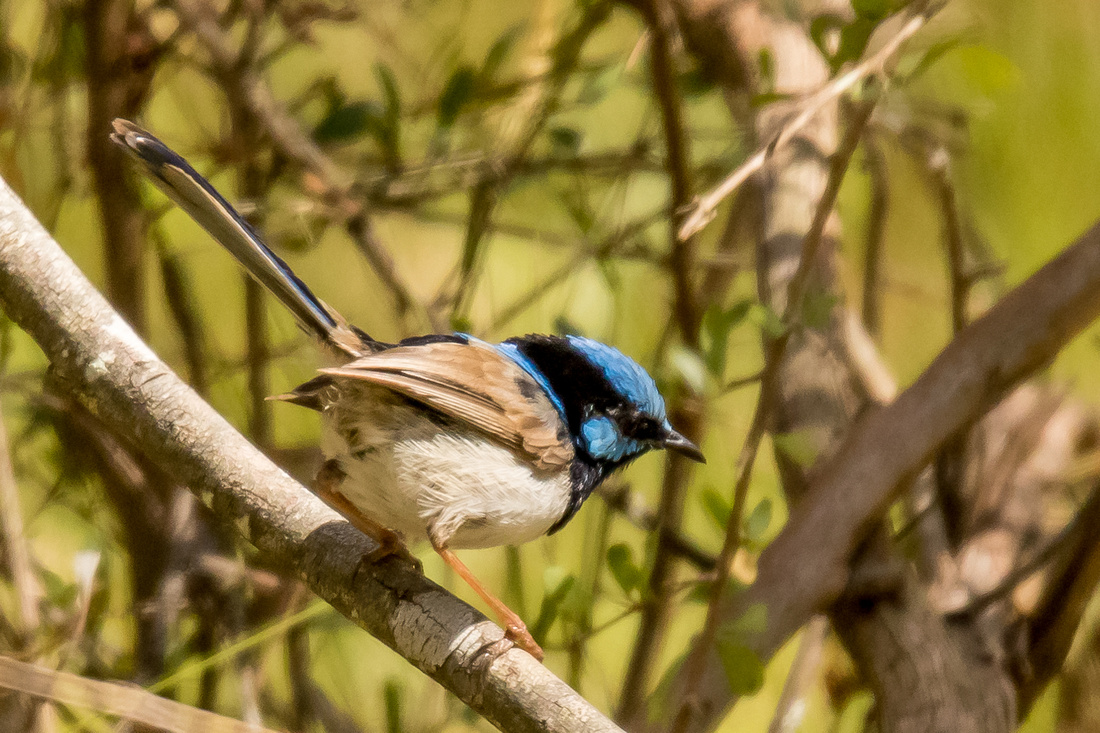 The local airship came over head while I was there and I managed this shot as it was coming over. Only a small one this one with room for the pilot so mainly used for advertising. 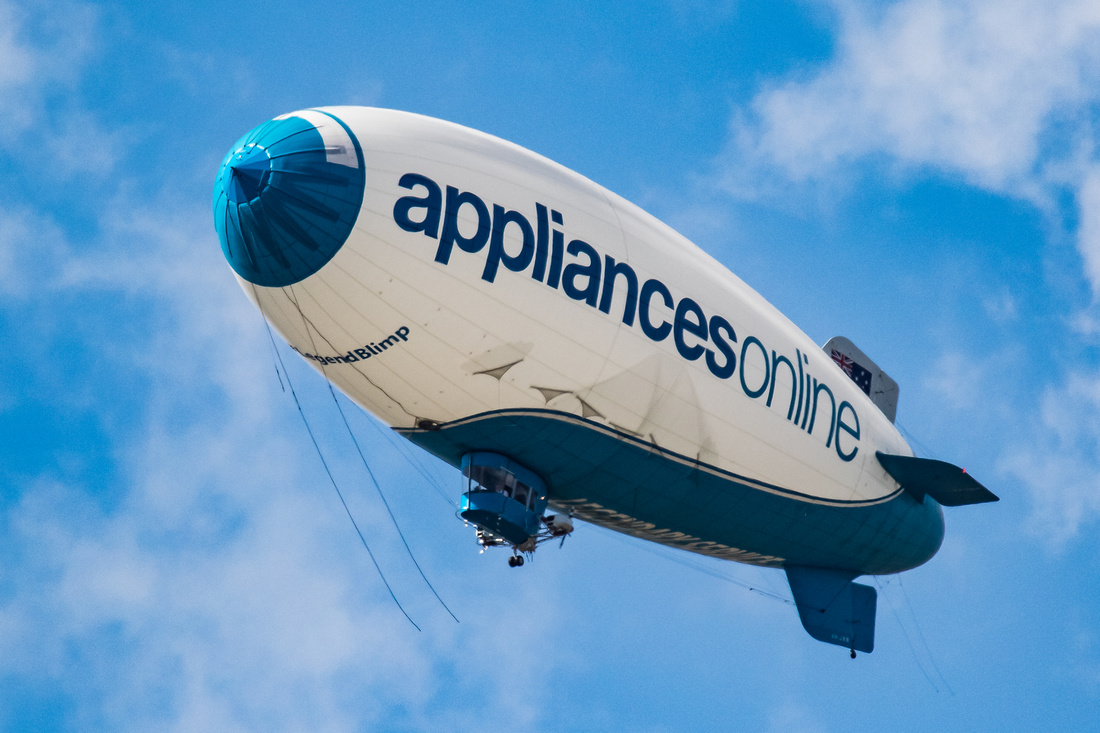 Not to much in the way of Mushrooms about but I did manger to find this one, again focus stacked as described previously. 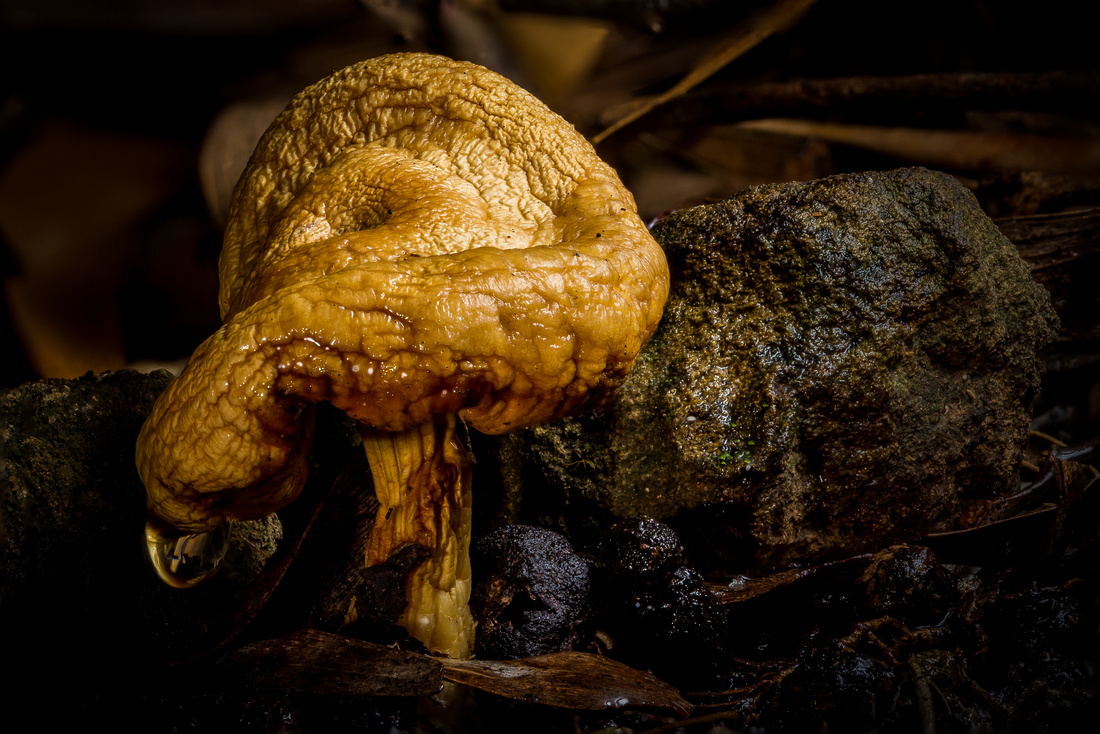 Over the last few months I've been noticing this Fungi on the side of an old log and this week decided to give them a go, Need to revisit these again in the coming weeks and see if I can improve on this shot. not overly happy with this one as yet, so more work to come in the coming weeks. Full depth of field is not right there towards the right rear. 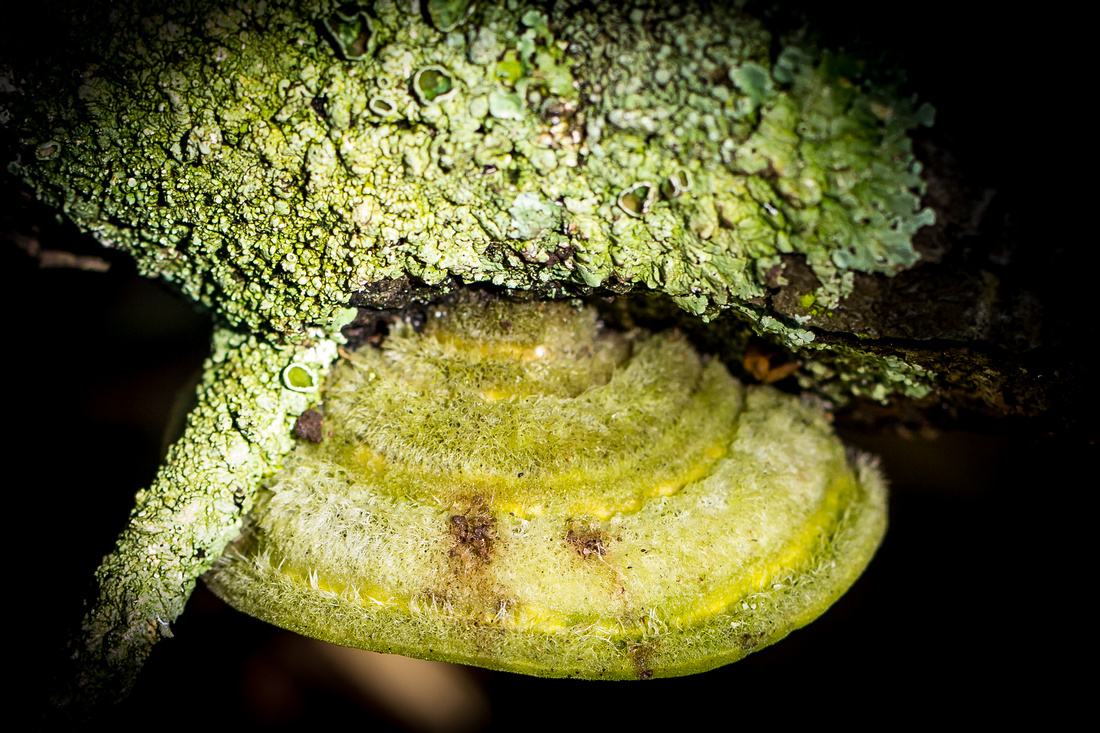 Final shot for the week is one of the paper daisys growing in the connections gardens again not that happy with the detail shown in the centre so again more practice needed here I think. Gives me an excuse to head out next weekend, though will have to go early as they are predicting high thirties this weekend so going to get hot out here now. 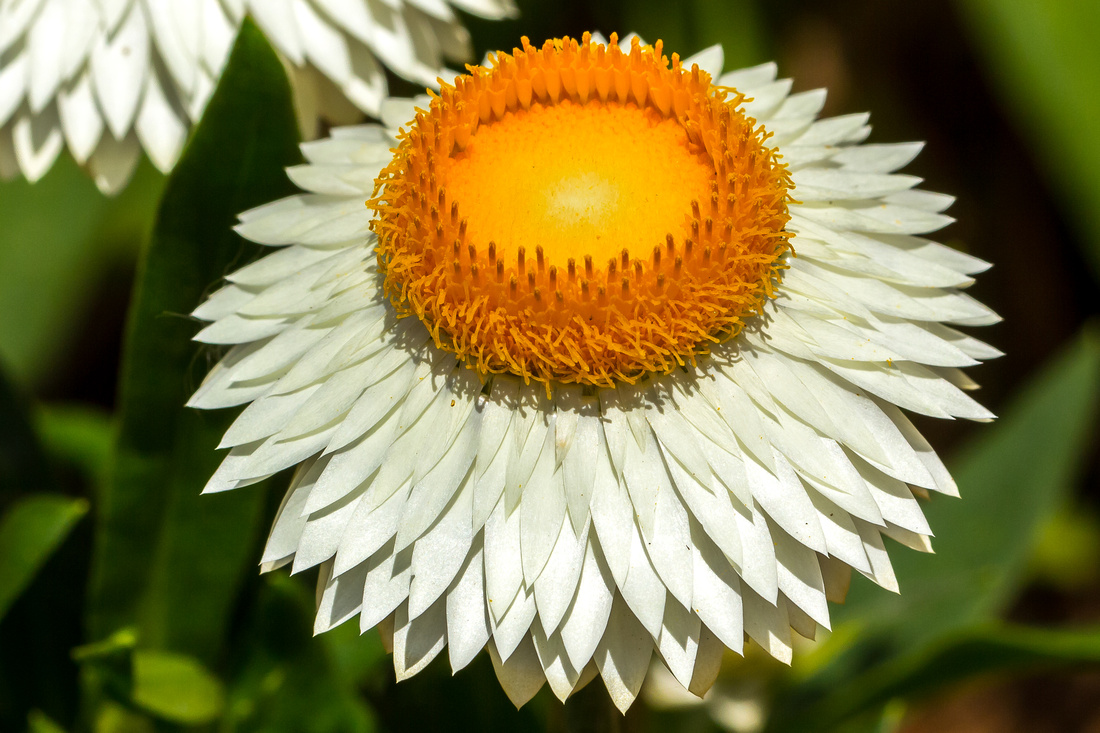 As I said nothing to exciting this weekend, But still practice and things to learn from here for me so we'll see if I can do better next weekend.

Thanks for dropping by my weekly blog missed two now in the last few months, but should be back on track now.