This weeks shot are again taken in the Australian Botanical Gardens, Mount Annan. All taken yesterday.

This week I've included some of the the other shots as well as the ones I think are the main winners of the week. Some of these are the same subject just slightly different angle of the subject has moved, so makes a different shot. So I'll walk thought the shots with a few comments on each.

Like most weeks This week I started off with Mushroom shots, Friday we got a bit of rain here so there was quite a few mushrooms popping up around the place this little group here had some nice colour to them and also had some greenery around them which always give the mushroom shots that added effect. The green and oranges go well together.

​The two shots here are very similar but the top one has a third mushroom in the back ground which actually was laying on the ground so I placed it in the shot, the second one has the mushroom removed, in the second shot I also moved the greenery around a little to fill in some of the base with some green. The lighting for these two shots was very similar with a bare flash on the left and a brown gelled flash to the right behind, (A gell is a pice of coloured plastic that goes over the flash head to add a bit of a colour cast to the light, in this case it gives it a brown tint to the light. I also have a small spray bottle with me that gives a light mist of water droplets this was sprayed around a little before the shoot the water brings out the colours of the mushrooms and also the droplets add to the shot, in this case you can see the droplets between the gills. I prefer the second shot of these two. 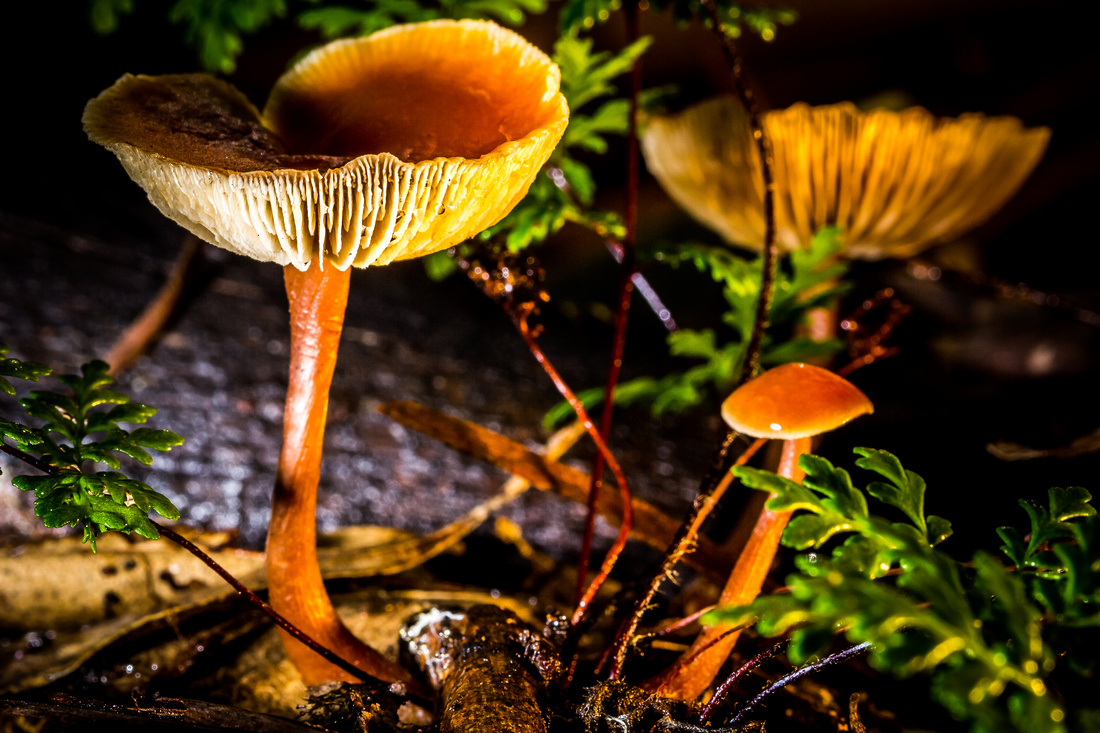 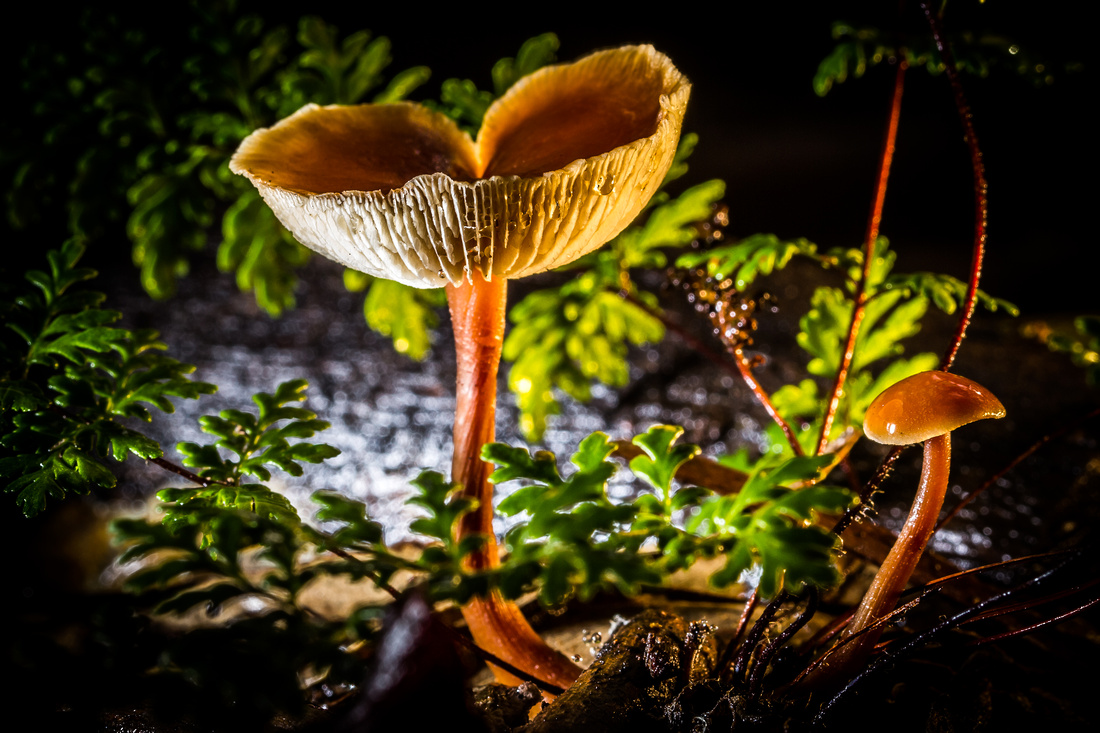 The next one is the same mushroom Just a different angle Only slightly to isolate the mushroom on its own. Similar lighting but more of the greenery in the shot. To give it a different type of shot. The one below the lighting on the left is a little to strong just needed to be bought down a touch and also has the stray grass blade sticking up in the shot, very distracting and not adding to the image. So the top on here out of these tow is my preferred shot 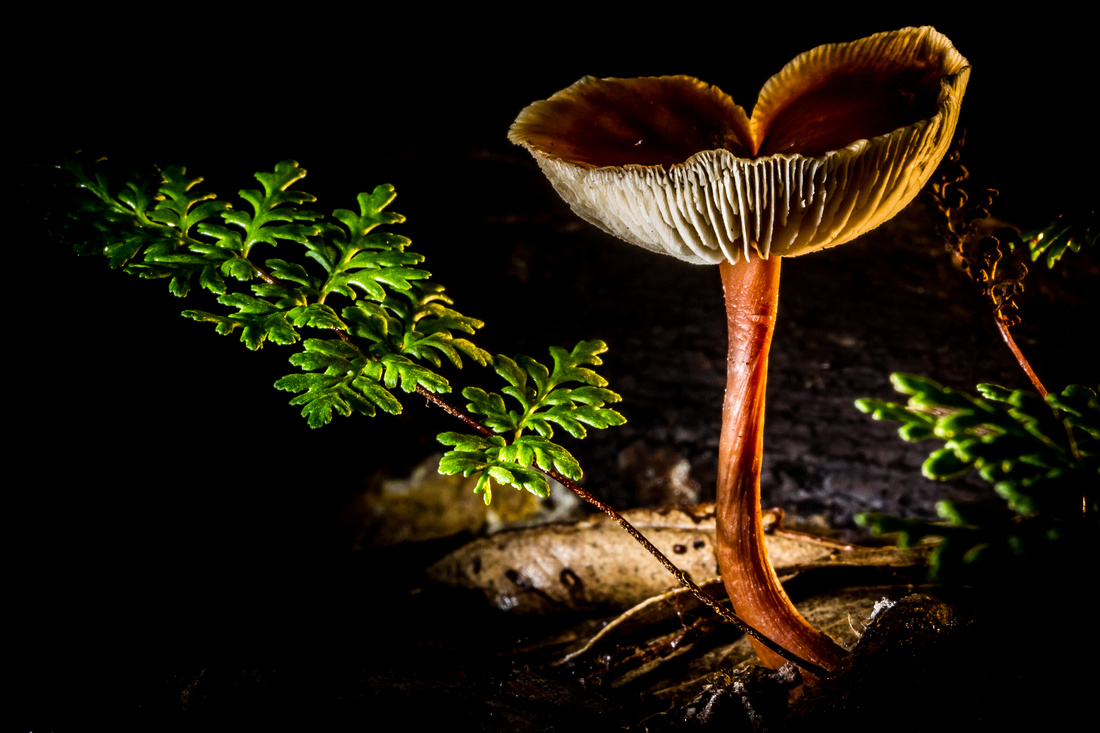 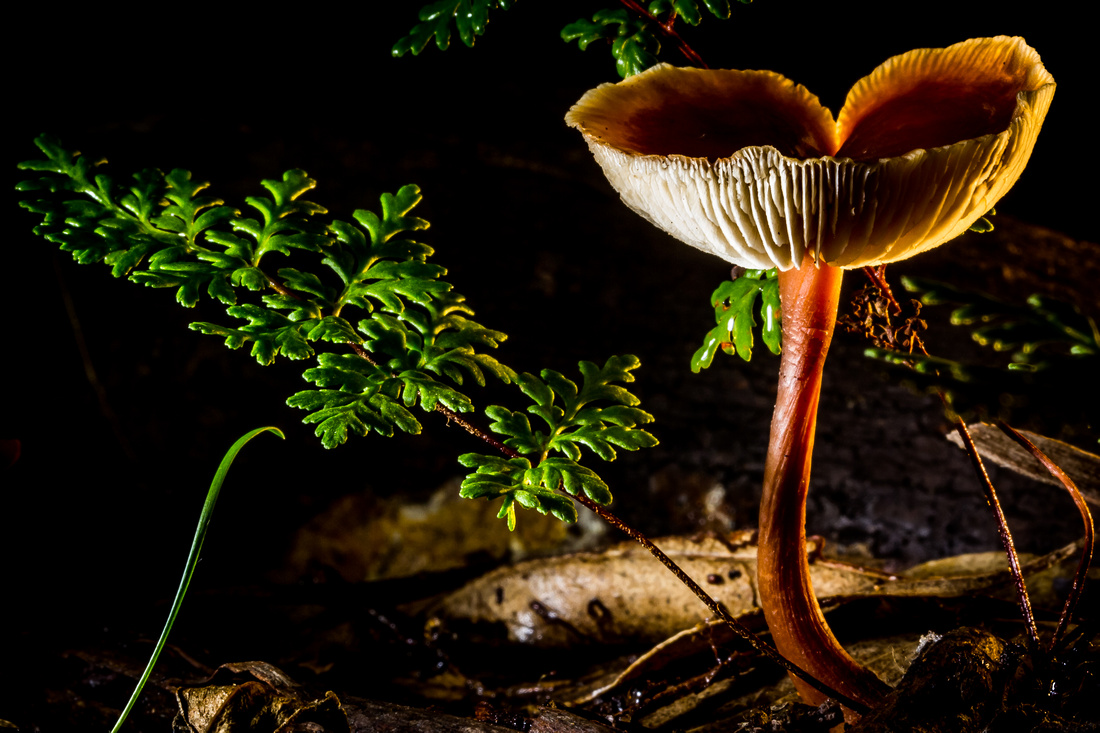 This next one was of a lone mushroom and I gave it a softer light to it but I missed the focus on this one, needed a little tighter aperture to give a little more depth of field to it, on its best to get the gills and the stem in focus in this case I only got the front half in focus and not the stem, but the lightings OK just needed a bit more on the focus depth of field. 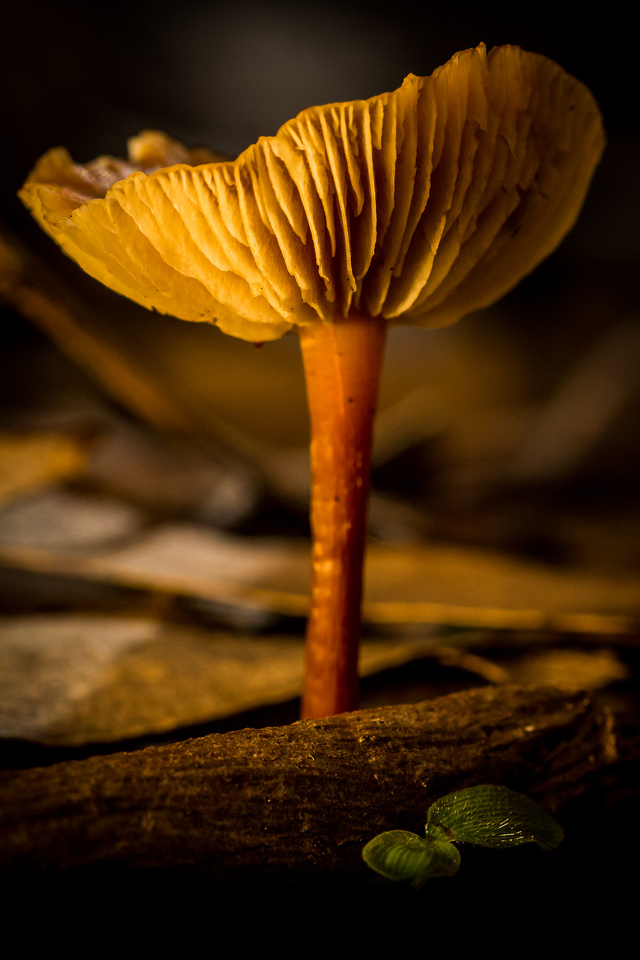 After I had my mushroom shots for the week I concentrated not eh bird shots for the week. The Gray fantails are still touching around and this one was hopping along a small branch. I got a series of this one here and the two shots below are different angles taken for the same set up just the bird moving along the branch. But the different angles made the different between a landscape shot and a portrait shot. The second one as the sun was on the left meant the right side was a little two dark, starting to lose some of the details in the shot around the eye. 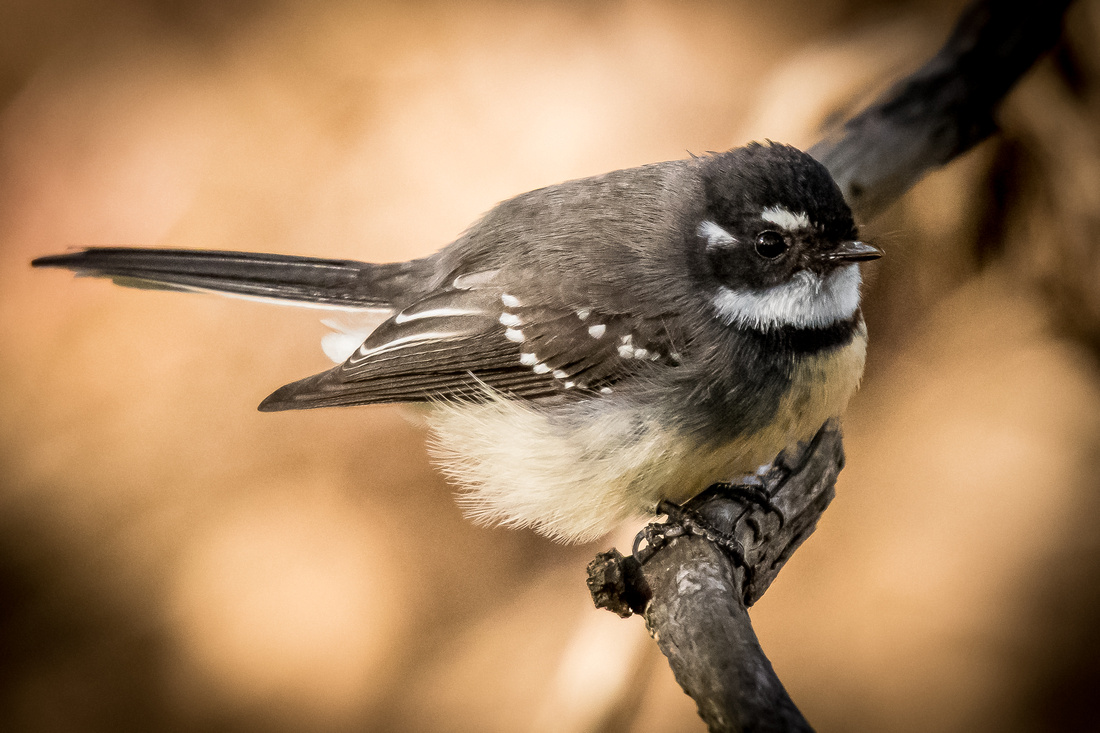 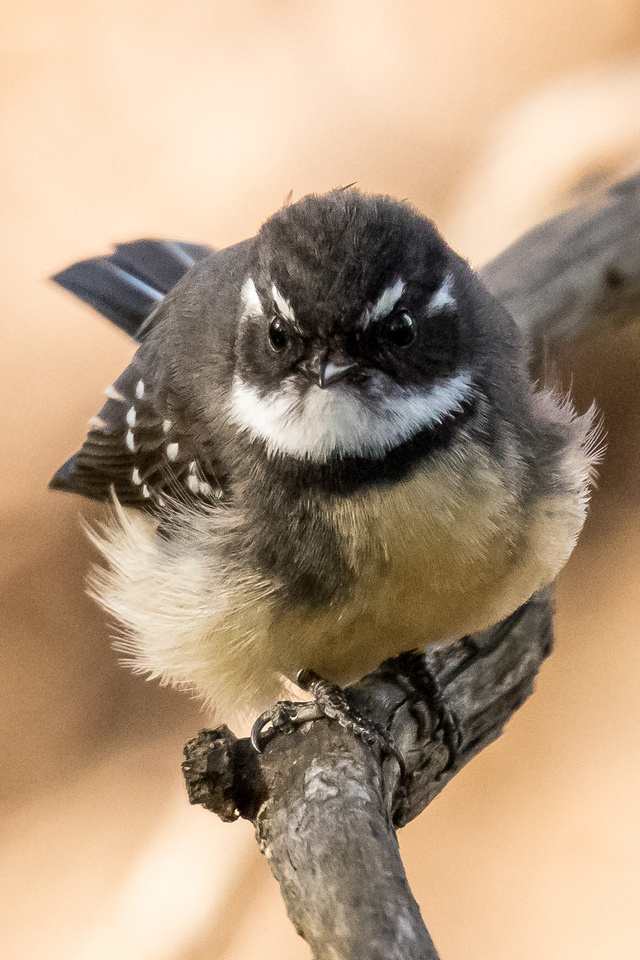 The next bird I came across was an Eastern Spinebill I've had a few good shots of these before but this was the first time with the long lens so again two different shots landscape and portrait, based on the angle of the bird, I think the landscape shot is the better of the two though would have preferred a little more space not the right, but a tree branch was getting in the shot you can just start to see it in the top right corner. The focus on the head is great but starts to drop of not he rest of the body so could have used a smaller aperture again to give a little more depth of field for this shot. but still I'm happy with this one, another lesson for next time. 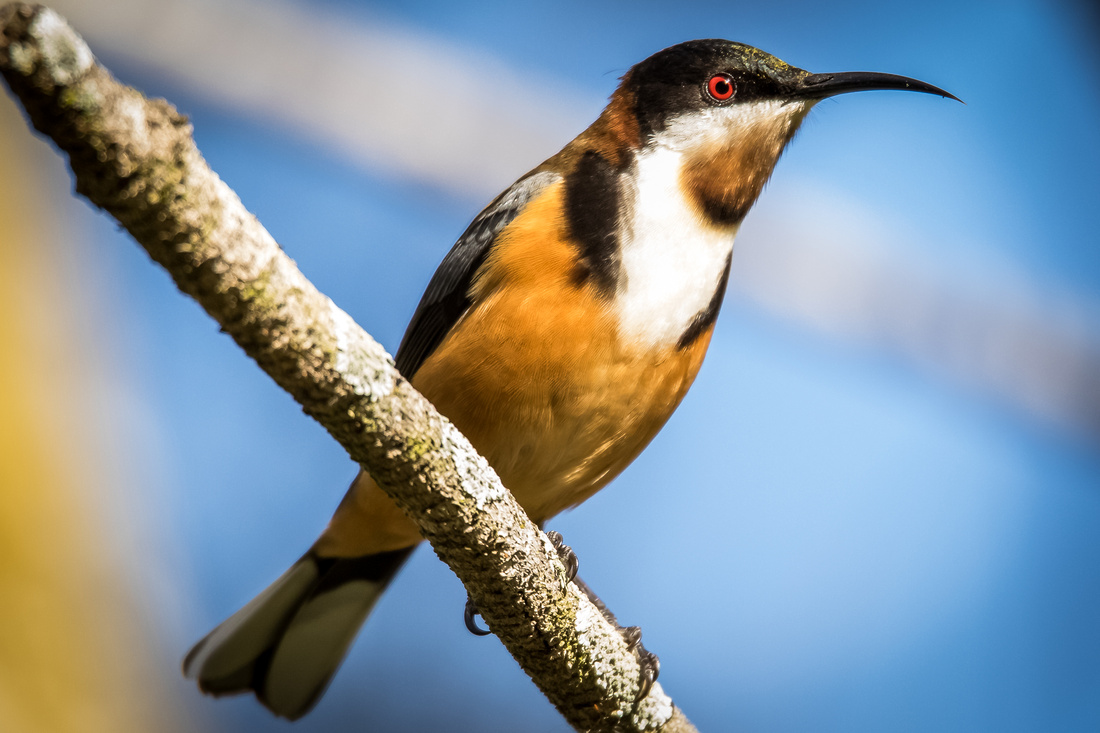 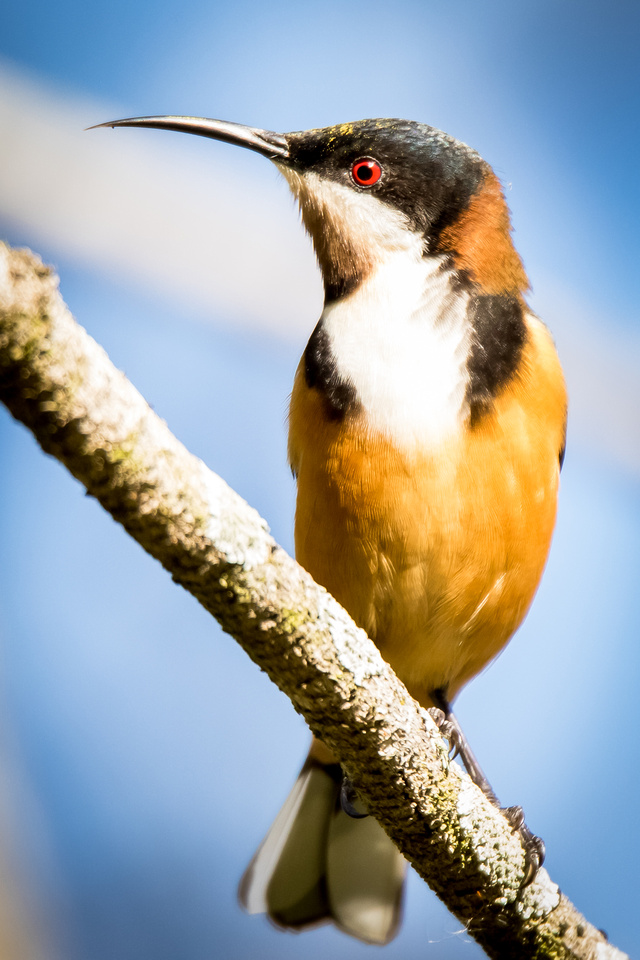 This next shot is of a Golden Whistler these are usually quite high up in the gum trees hunting insects, this one has the bird low not eh branch just about to spring of for a short flight to the next branch, not the best shot, but the best one I have of these so far, so will need to keep an eye of for this one next time. 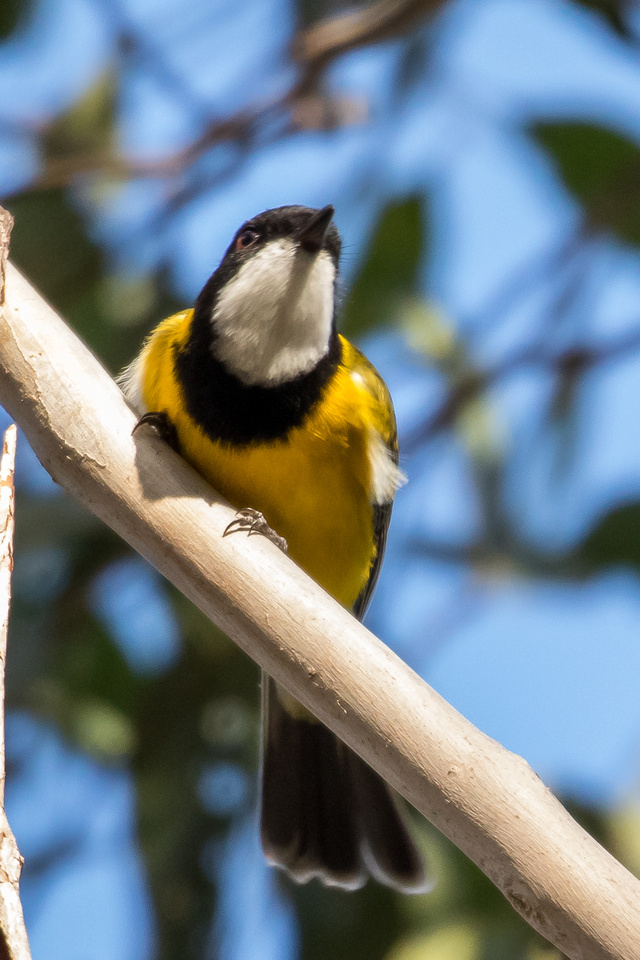 I also stopped by eh lake again and had another go at getting swallows as they dive into the lake to have their bath as they fly, this shot is of one as it just comes out of the lake. Even at 600mm this one is a little small to see all the detail, one day I'll catch one closer to the bank. where it will be larger in the frame. 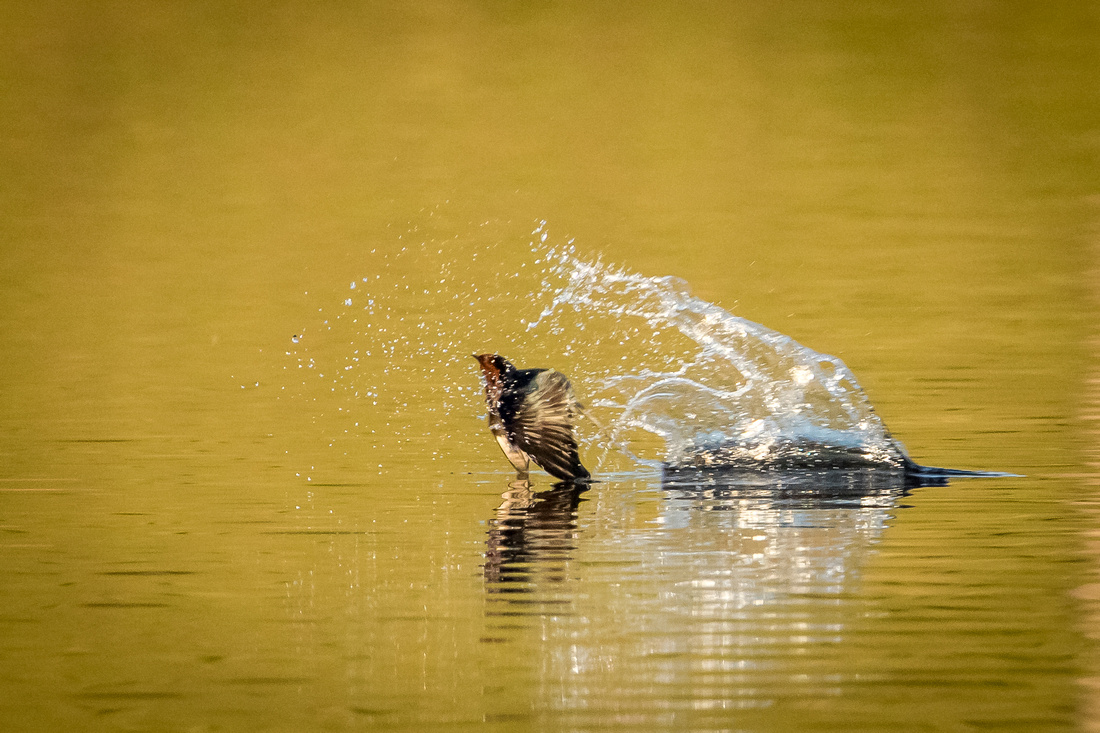 Finally as I was driving out of the gardens the sun was getting low approaching shut set and there was this Wallaby with Joey in pouch with the sun behind it nicely back lighting it, so I go this shot before it bounded away. 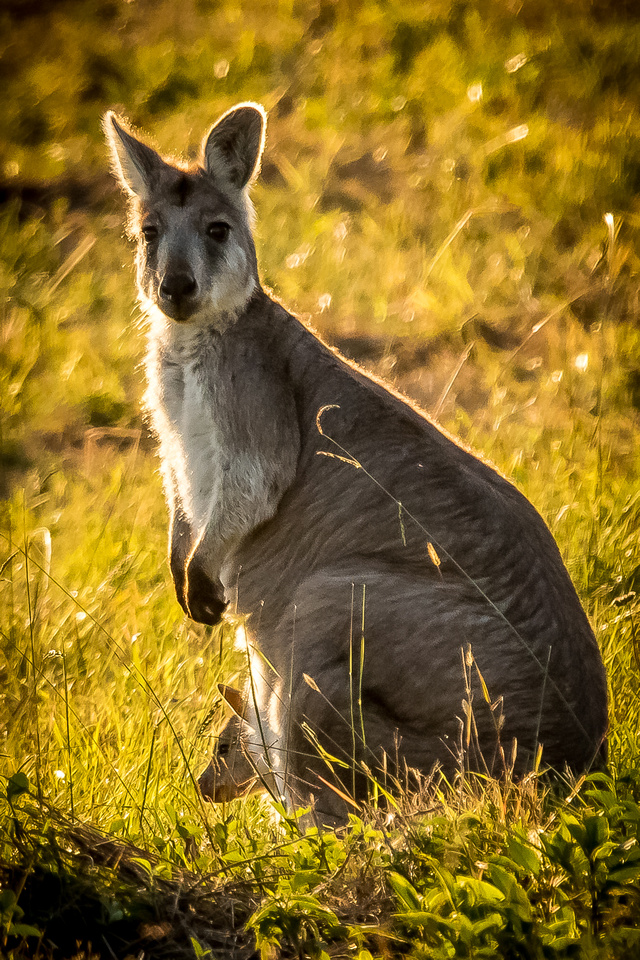 Well thats it for this weeks shots, thanks for dropping by my blog. There will be more next week.