This weeks blog is going over the shots I took last weekend at the Australian Botanical Gardens, Mount Annan. A good day weather wise so not so cold and not raining as it was all week here in Sydney here last week.  So a good day out. With all the wet weather about there was plenty of mushrooms out. Started off heading to the Stolen Generation memorial walk were there us usually plenty of birds about and of late some mushrooms as well.

The first for shots are a collection of some of the mushrooms I found there. Again all the mushroom shots are taken with the Canon 60D with two off camera speedlites, one with a brown gel to add some toning to the shot.

The first shot has the brown gel on the right of the shot. 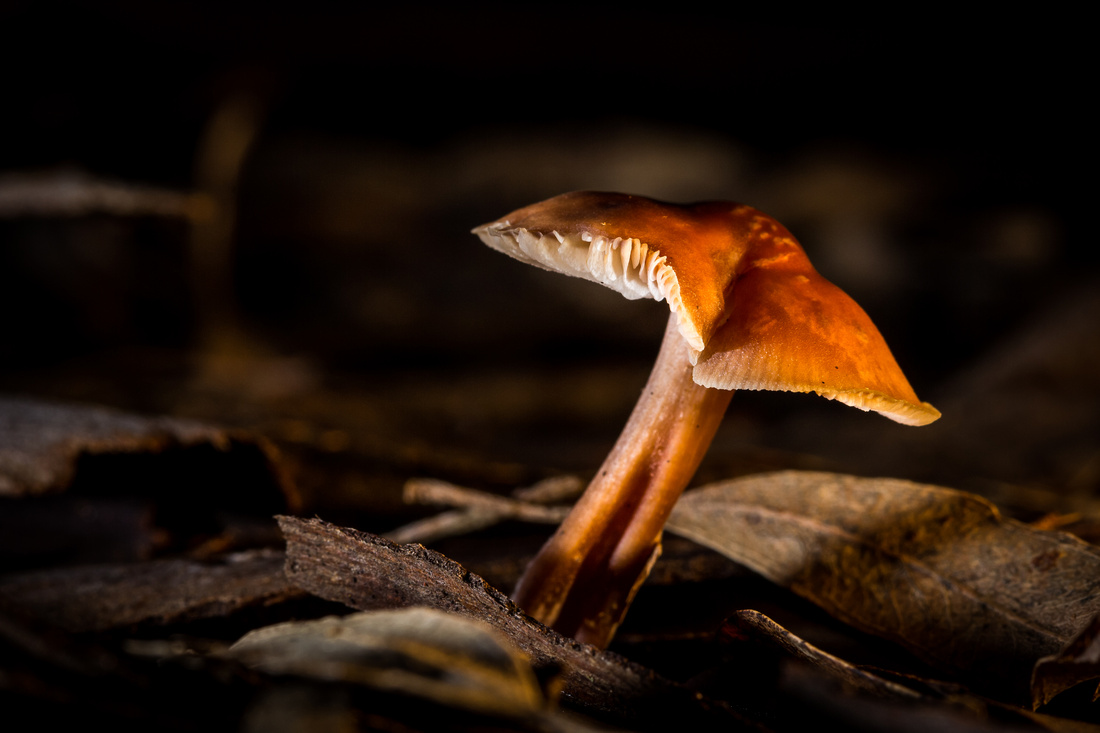 The next shot a different mushroom has the brown gel on the left this gives the brown tones on one side and the plain flash on the opposite side gives a whiter light. 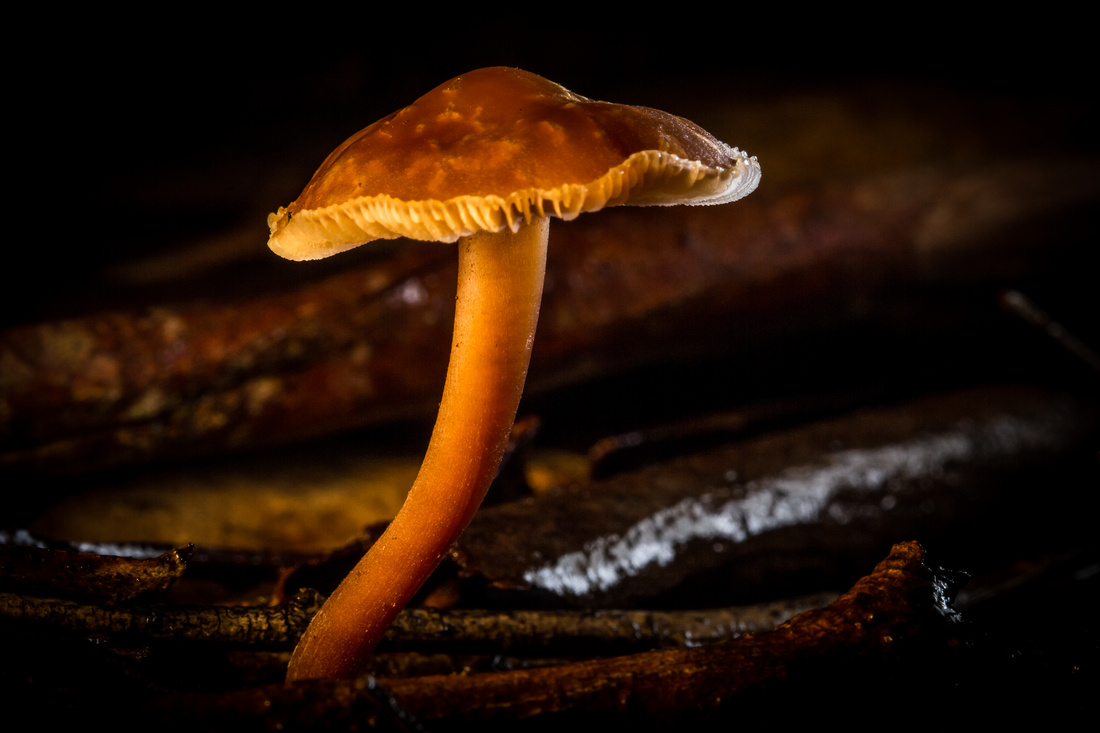 Same set up again but again a different set of mushrooms, so I'm pretty well set up for these these days and its only a matter of moving the lights a little bit to give the best effect, wither I back light one or use two sidelights on opposite sides. the position of the lights makes a big difference to the shot and only a small difference can make all the difference. For me this is still trial and error moving the lights around, I have a fair idea what will be but until you move it you never know, it really brings out the gills if you get it right with the lights and shadows. 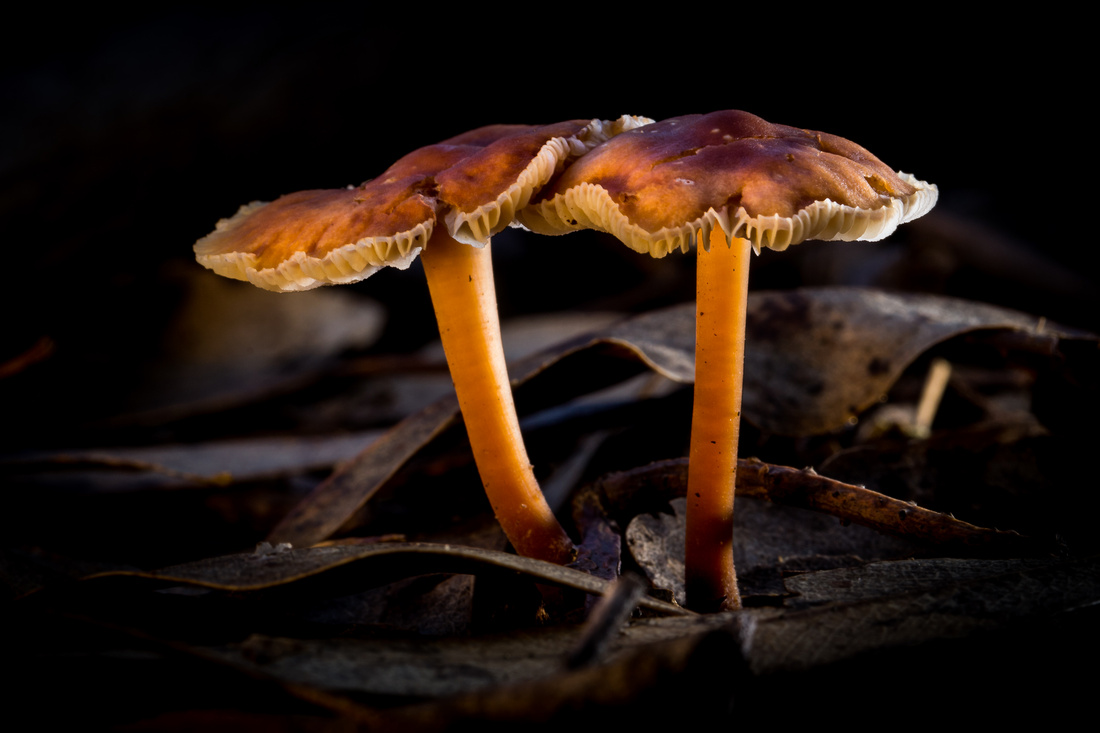 While shooting the mushrooms the yellow faced honey eater were about and I finally managed to get at the first clean shot of one, still needs improvement os need to keep working at these ones but certainly a lot cleaner shot than the past of these ones. 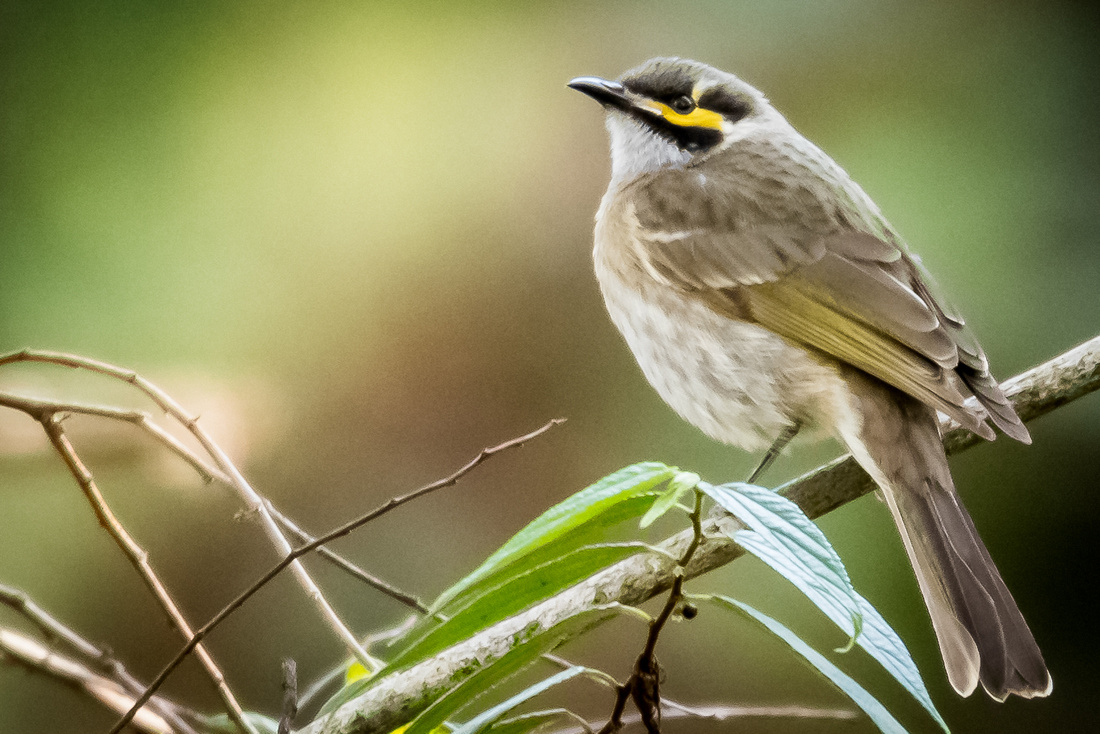 After that I walked along the walkway to see what else was about and eventually found my self over at the plant bank garden, the plan bank is a recently new facility in the gardens where all the scientists work, including a seed bank of all the seats they collect out in the wold, they are often sending the seed collectors out in exotic locations to collect seed specimens and these are stored in the plant bank in the gardens. If you interest the link below will take you to their site where the cover a lot more detail of what they are up to there. all very interesting they run tours thought the facility and often run student education sessions there for school groups.

The shot below is one of the wild daisys they have growing there. 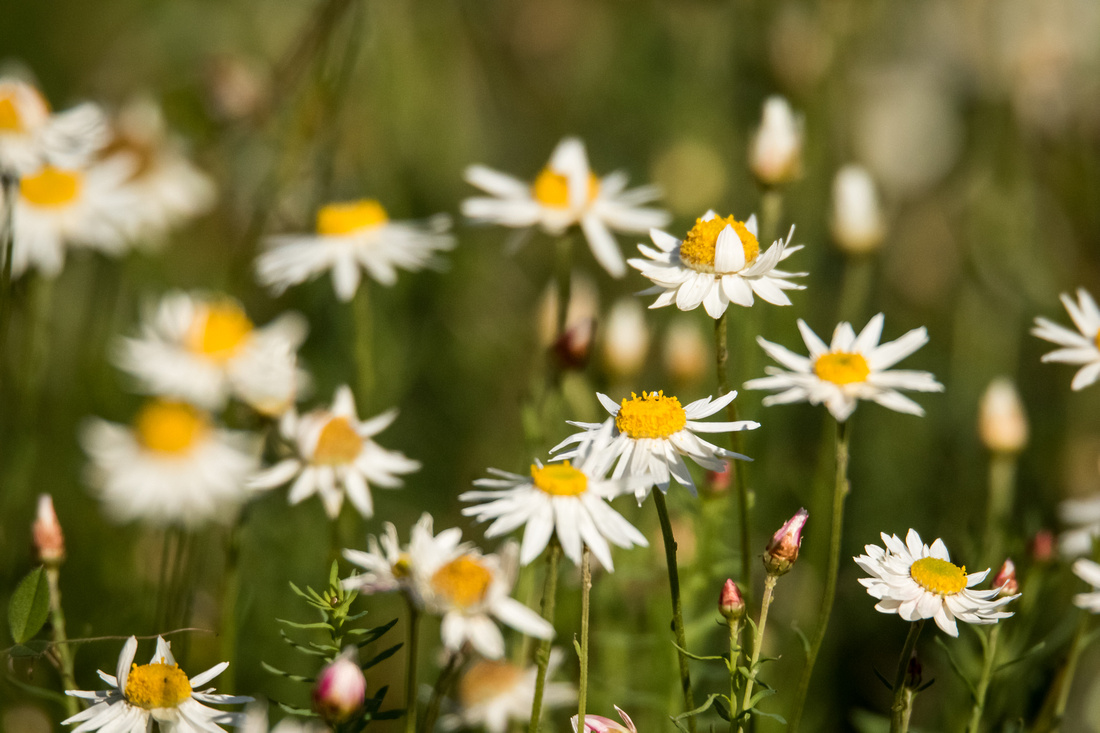 While I was shooting the daisys there was a Monarch butterfly about so I got a few shots of this as well, something different for me, compared to birds and mushrooms. 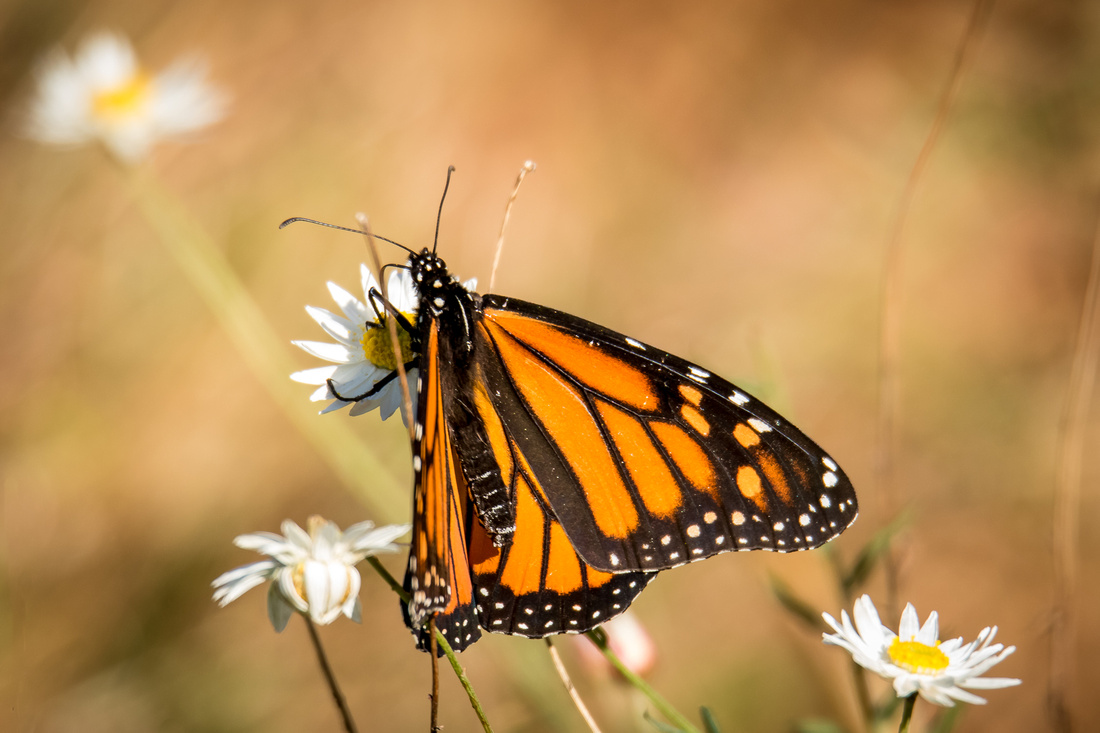 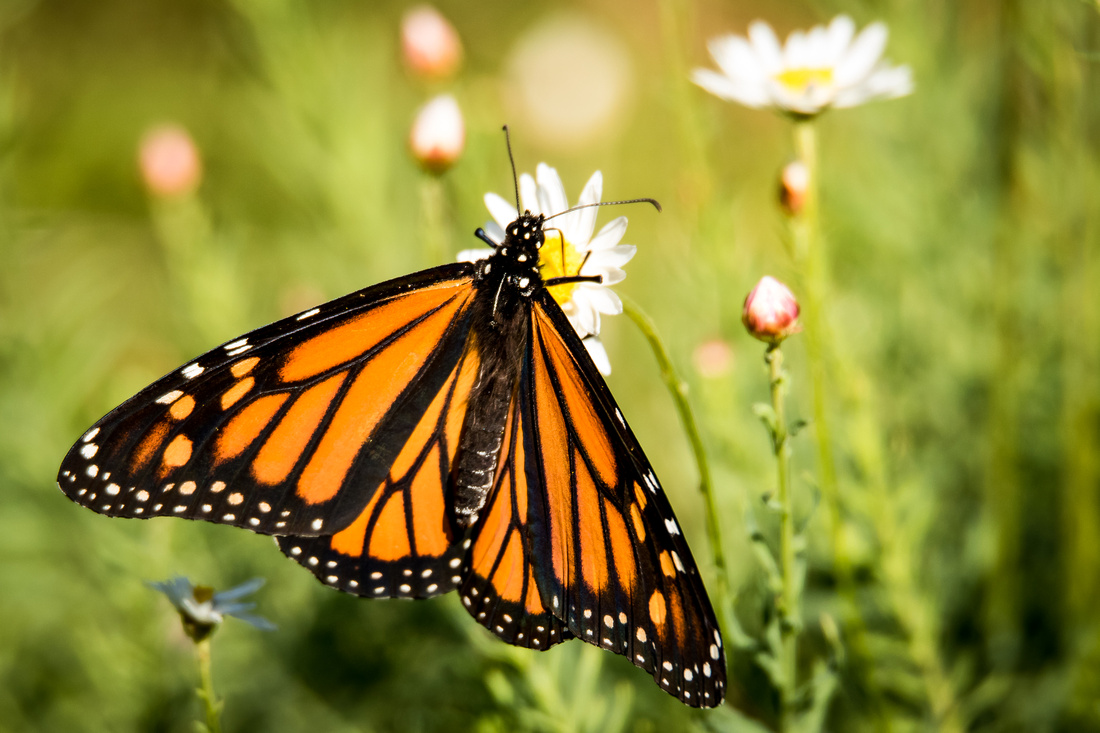 After the butterfly fly off I found a red Browed Finch in the nearby sheoaks so heres a shot I managed of it. 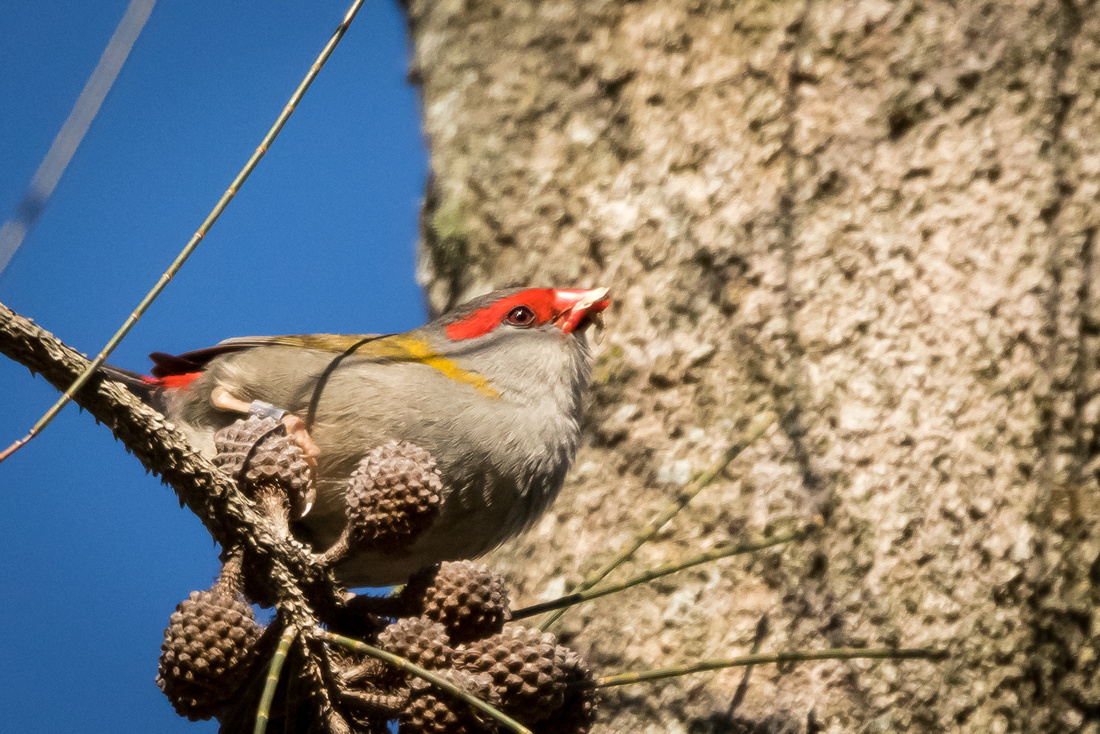 Of cause as of recent no trip there would be complete with out at least one shot of the Eastern Yellow Robins in the gardens, so heres two shots of them. 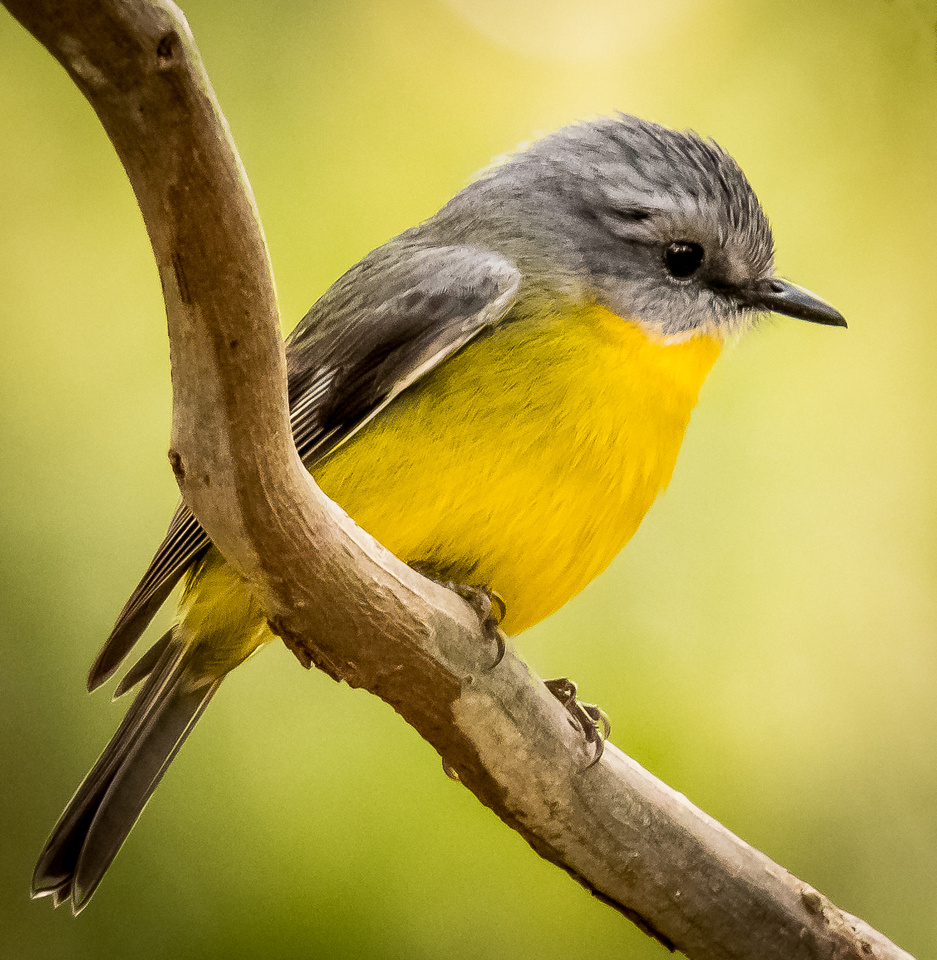 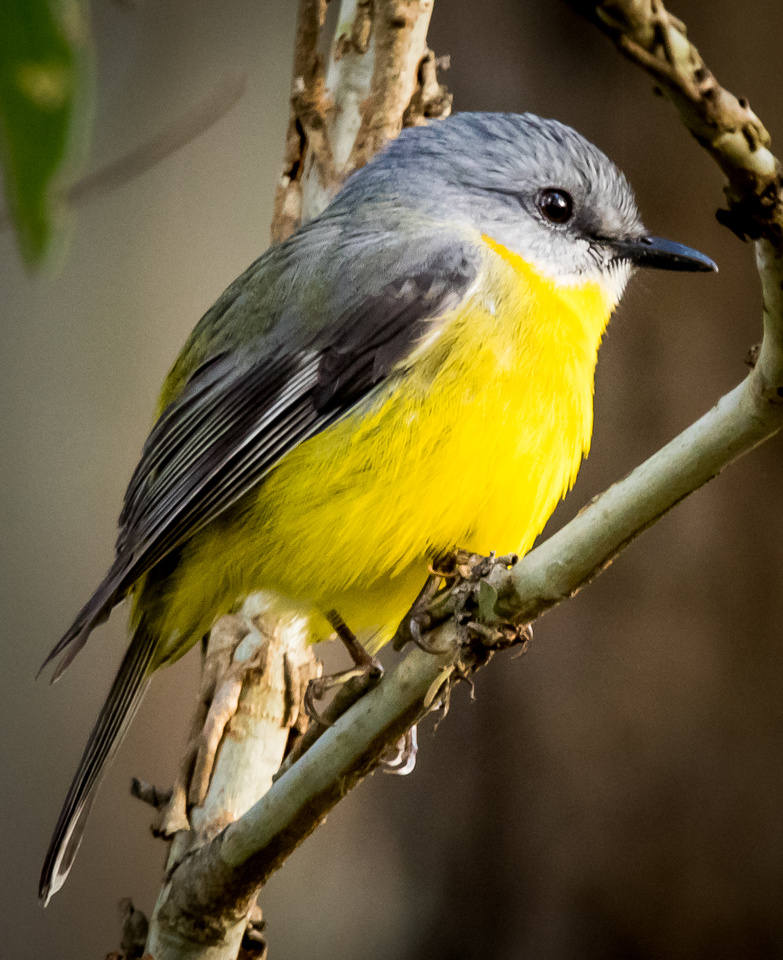 ​From there I drove up to the connections gardens to see what was going on there as its been a few week since I was up that way, I found loads of mushrooms up there so heres a few shots of these as well, No shortages of subjects there to shoot. 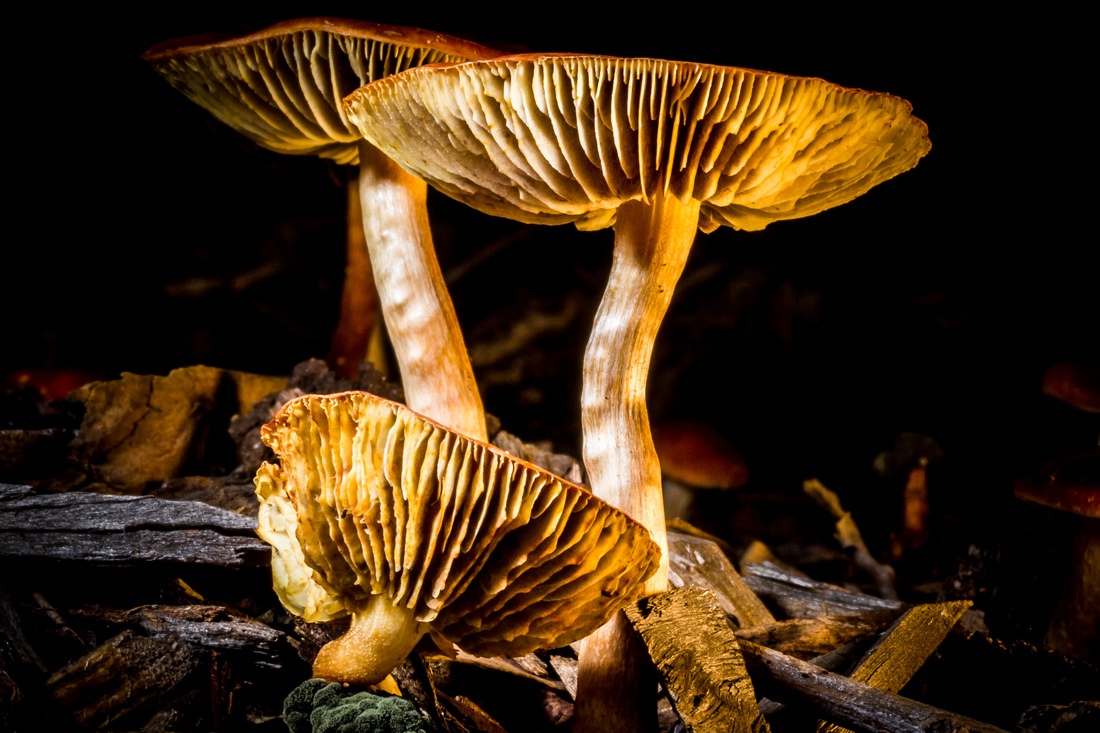 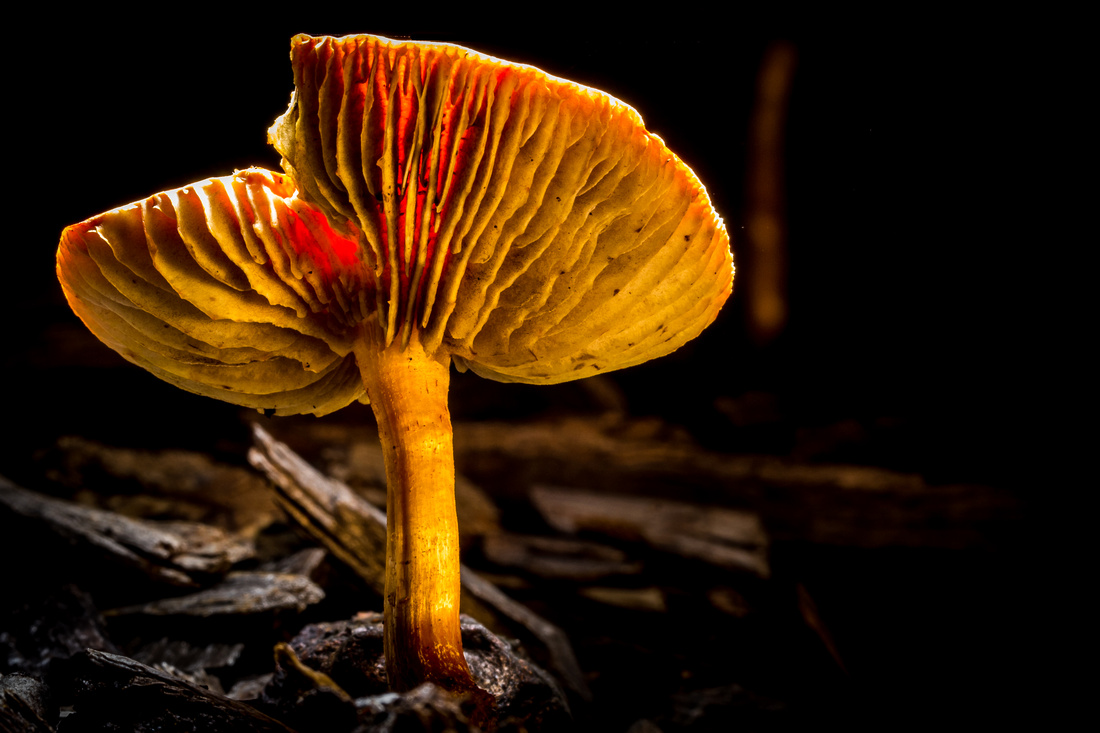 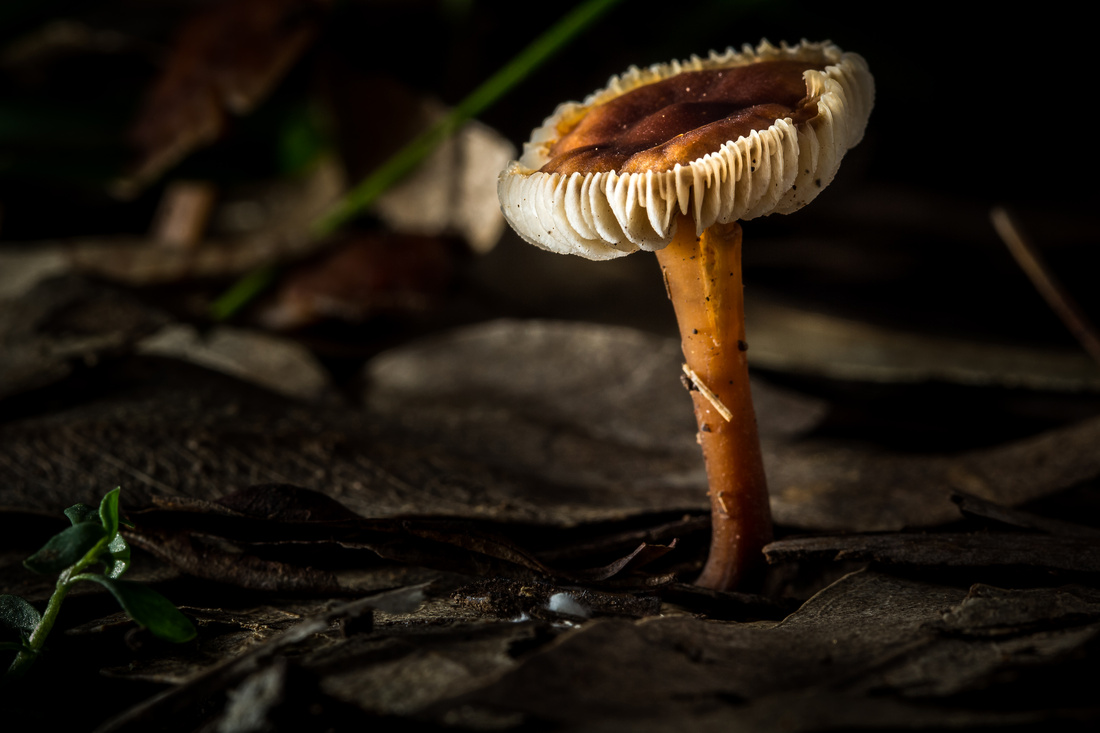 The next two shoots are the same set up the difference is just the exposure and lighting  taken only a few minutes apart but shows you the effects the lighting can have and what happens when you get creative with the exposure.  Same set up just using flashes and under exposing to kill of the background. 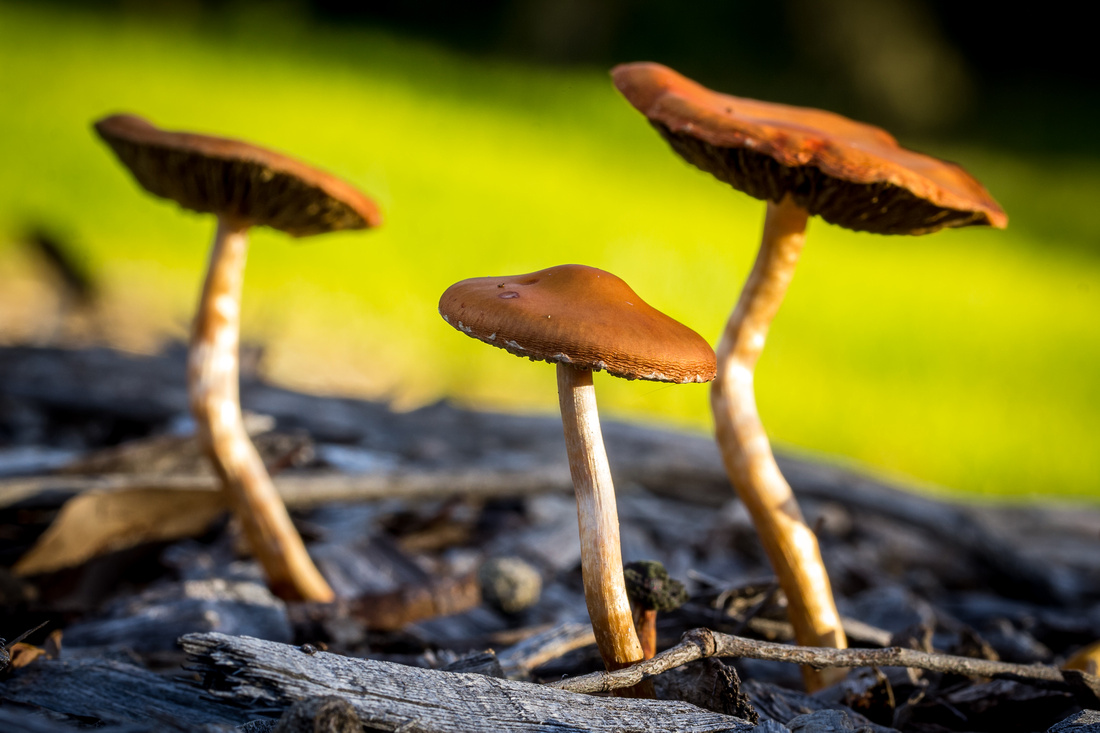 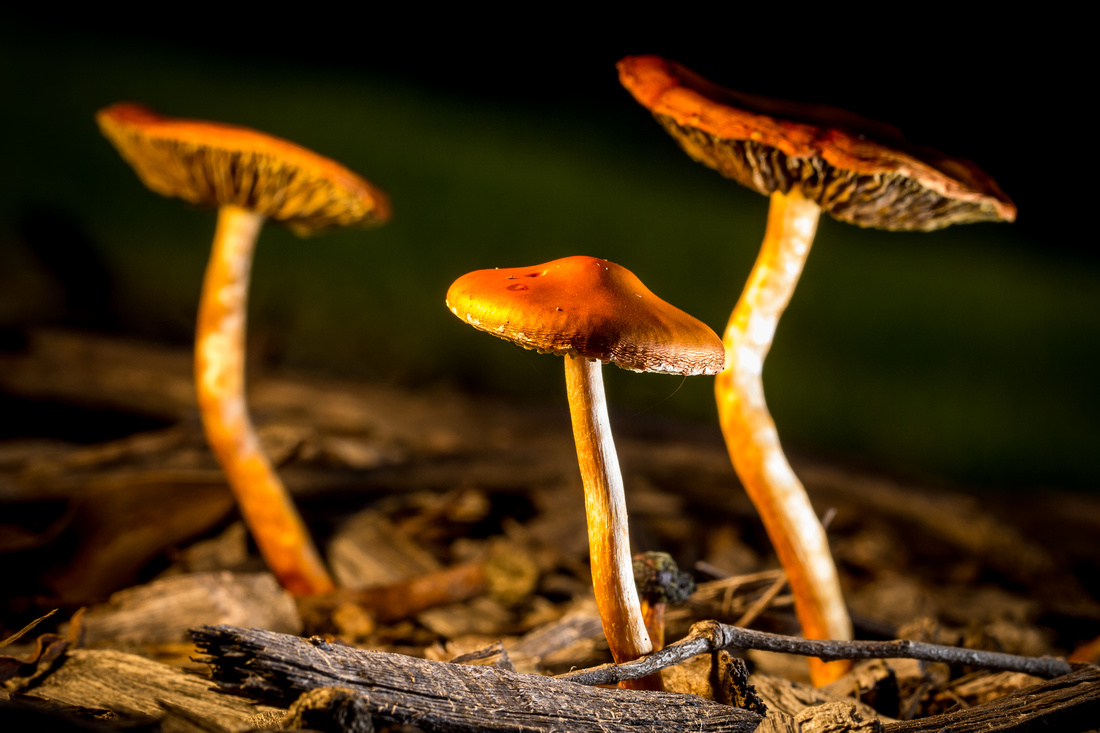 From there I started to head back to the car as it was getting late and I came across the small group of swallows and tried my hand at panning shots with these once more, these are really fast so far more deleted shots that acceptable ones of these. Even with the 600mm lens these are pretty heavily cropped in to get these so starting to loose out on the detail. Oh well more practice required on theres looks like. 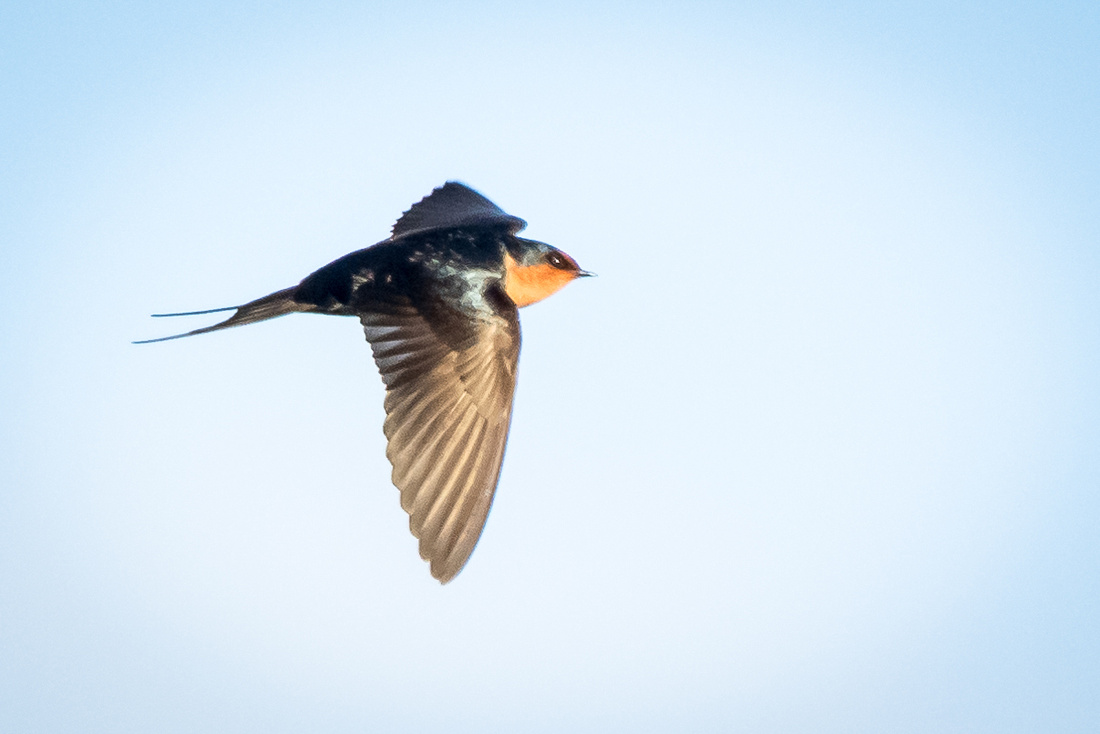 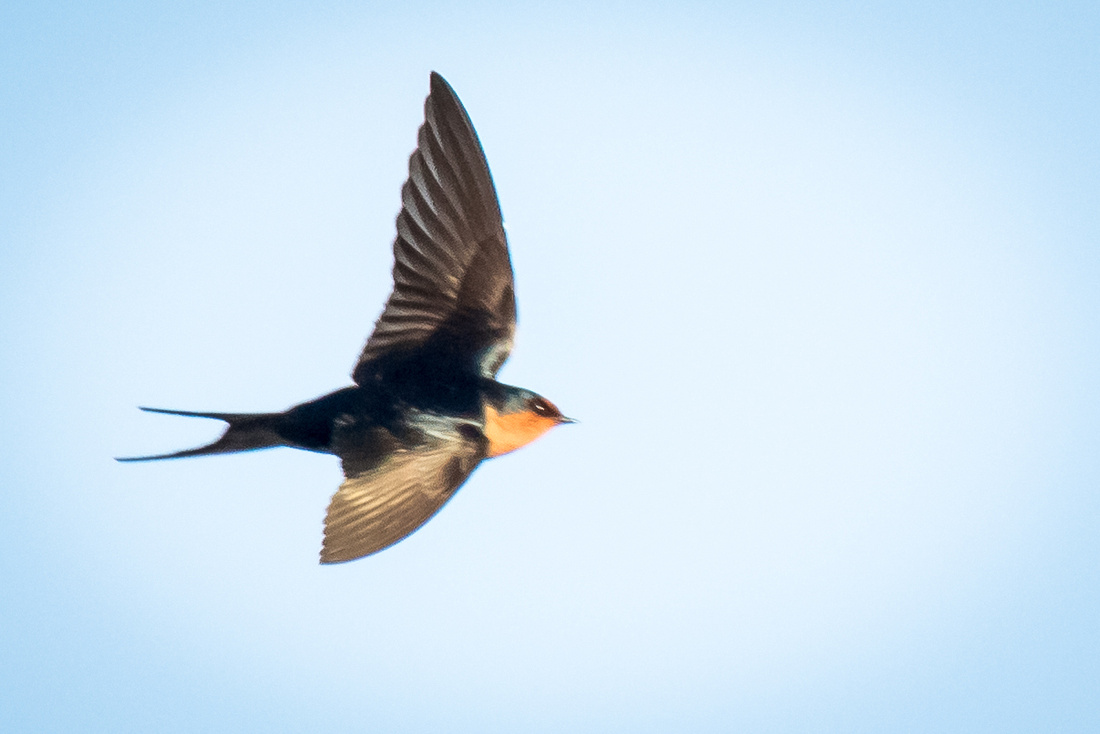 Lastly a shot of a grey Butcher Bird, these birds though plain looking have an amazing bird call and are quite the song bird. 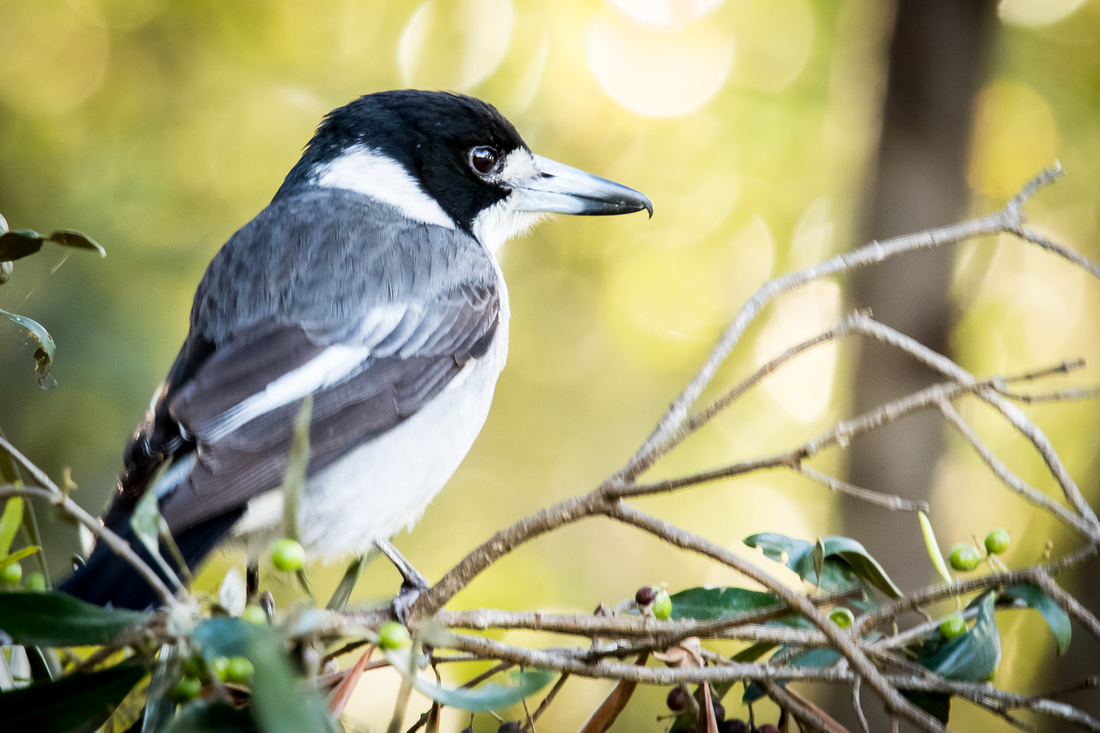 So thats it for this weeks shots, hope you like them, There will be more next week, so stay tuned fro more shots.

Thanks for dropping by my blog .