This weeks blog post is again a walk thought of the shots taken this weekend in the Australian Botanical Garden's Mount Annan. My usual place for taking photos most weekends. Plenty to practice with.

This week I started off in the Stolen generation walk and found the usual suspect the Eastern Yellow Robin. He also found me by the looks of it as he is staring me down.

This shot the background is a little to busy and the sticks across the feet also take from the shot on this occasion. But still makes a nice subject and they are always around to pose for me each week. 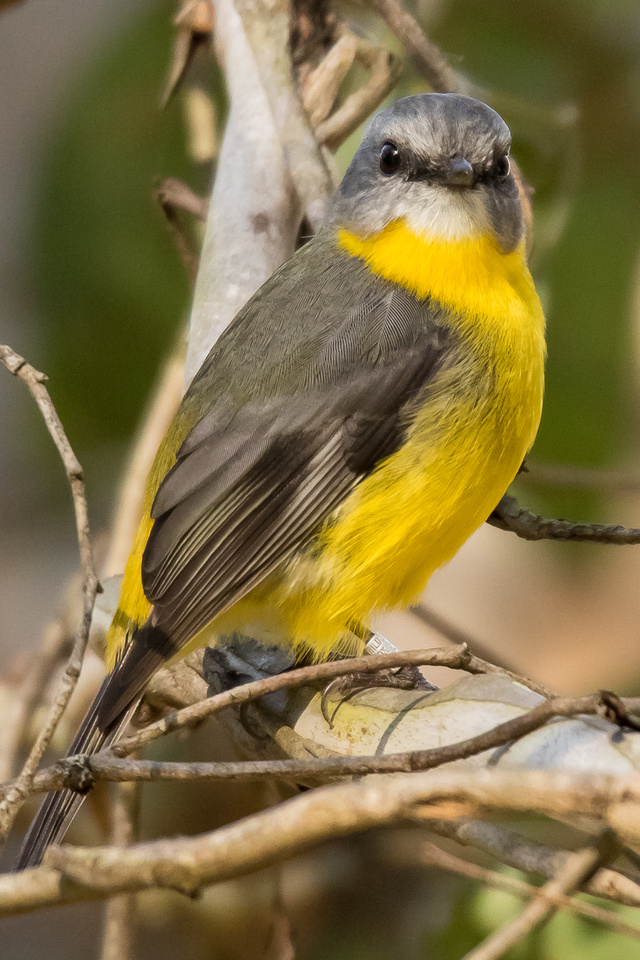 This one is a different one to the normal one a Jacky Winter, these are a little more timid that the Eastern Yellow Robin. So they don't stick around and don't allow you to get so close either. Still working of getting  a decent shot of one of these. Oh well always next week. 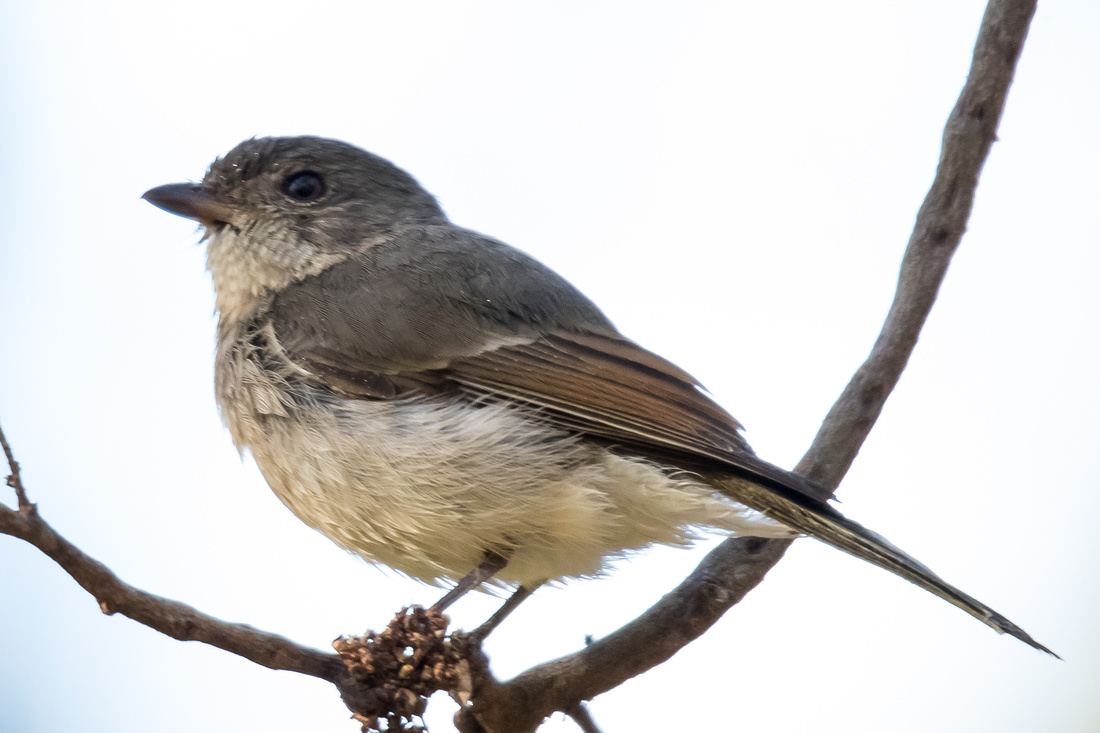 I walked along the board walk and along the path past the plant back and found a small group of Yellow faced honey eaters and managed to get this portrait shot, getting better but I still want a better one of these ones as well, but an improvement on the past few weeks shots of these. 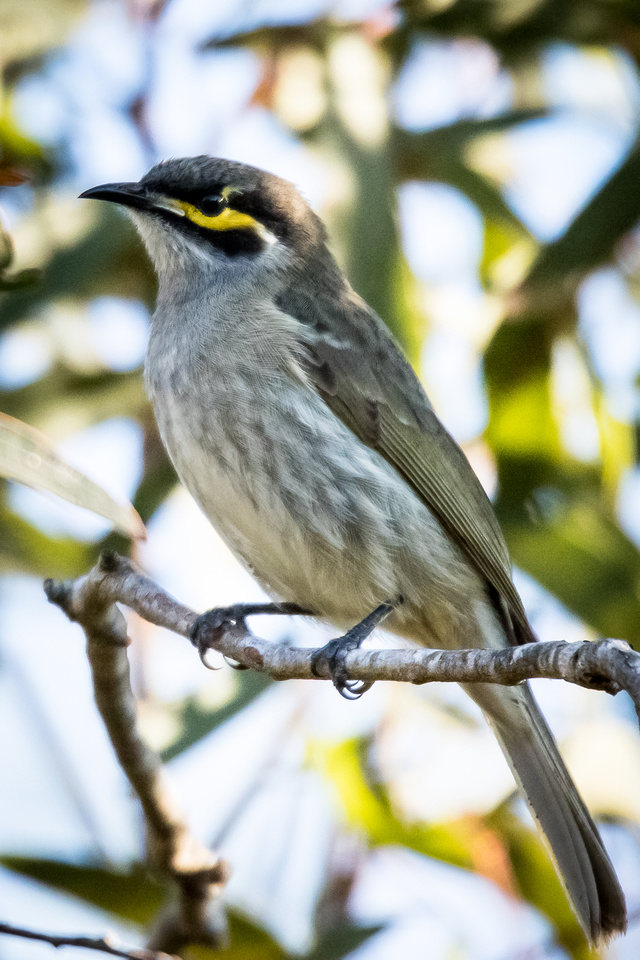 ​The Next four shots are of the same mushroom just two different angles and different lighting effects, this one was growing on a rotting tree log.

The first is natural light no flash used. 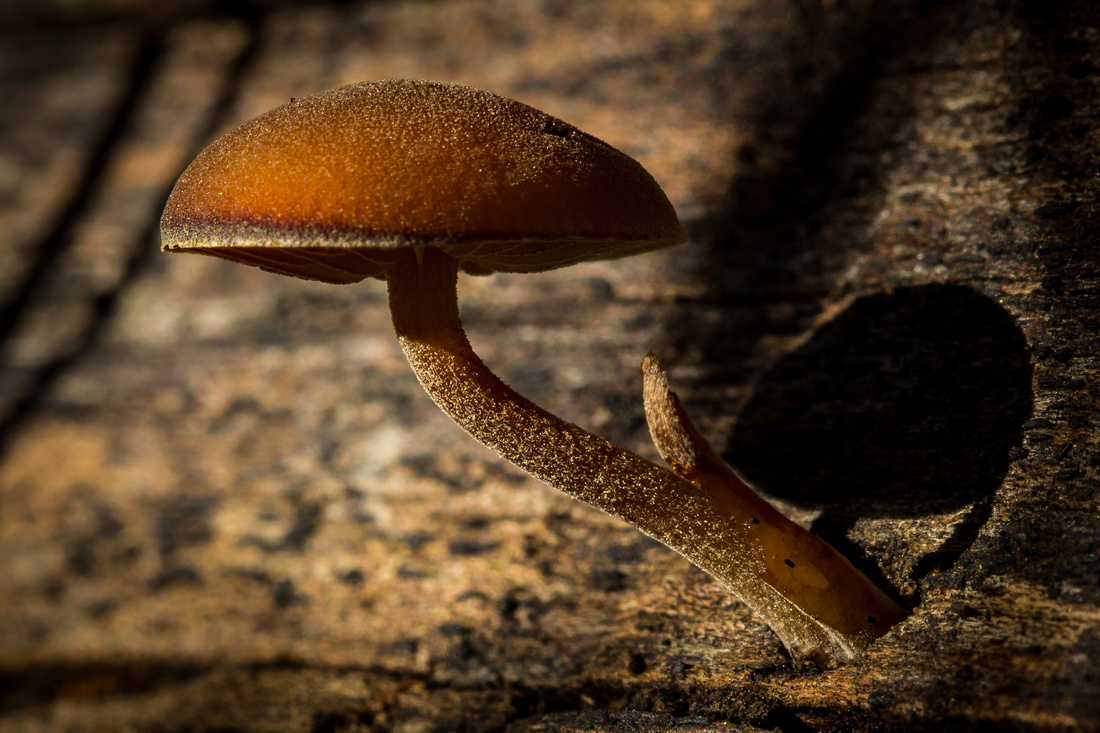 ​Where as the next one was the two light set up a plain flash underneath and a brown gelled flash to the right. 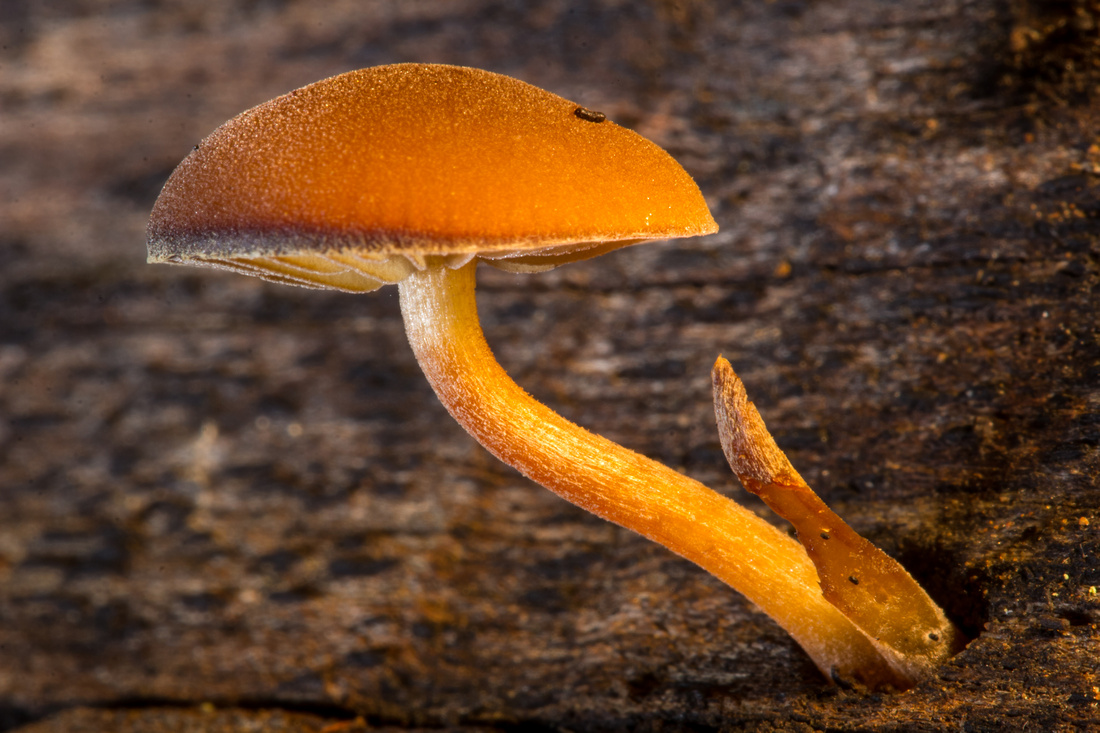 ​From there I changed angles and shot back across the mushroom and again with two lights. 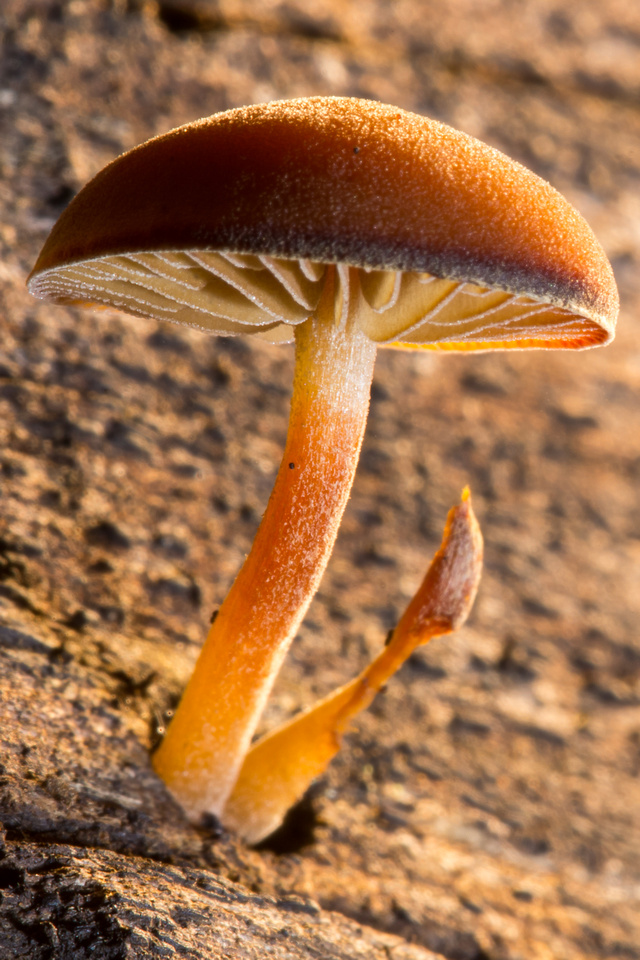 Finally the one I liked the best out of these four this shout with the two lights again, such a difference in the shots just changing the angle and lighting. 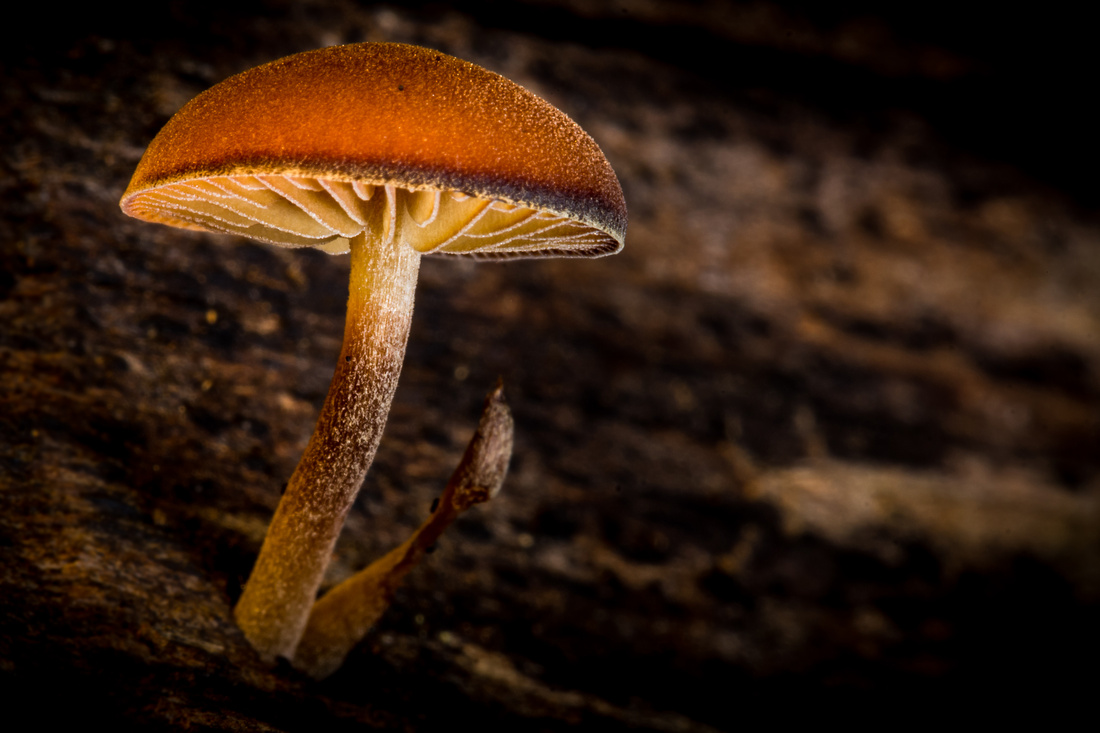 I decided to check out the Connections garden again and again found a different collection of mushrooms up there so more to choose from again. Again the next two shots are of the same mushroom just different lighting on the subject. 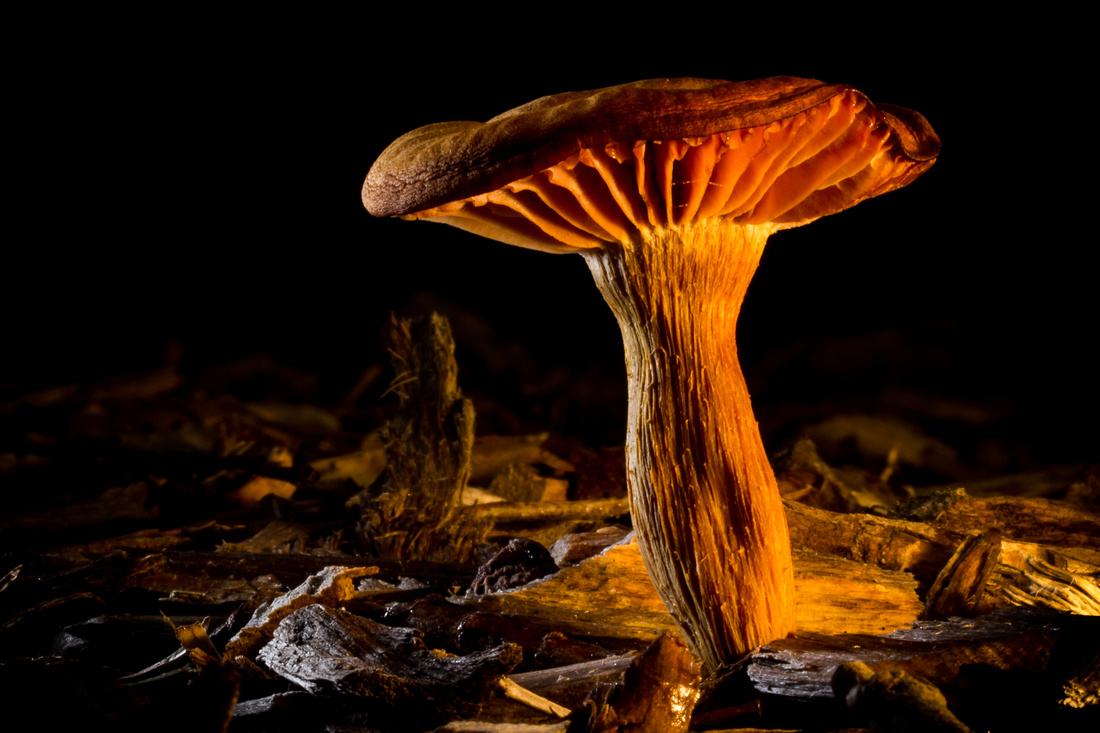 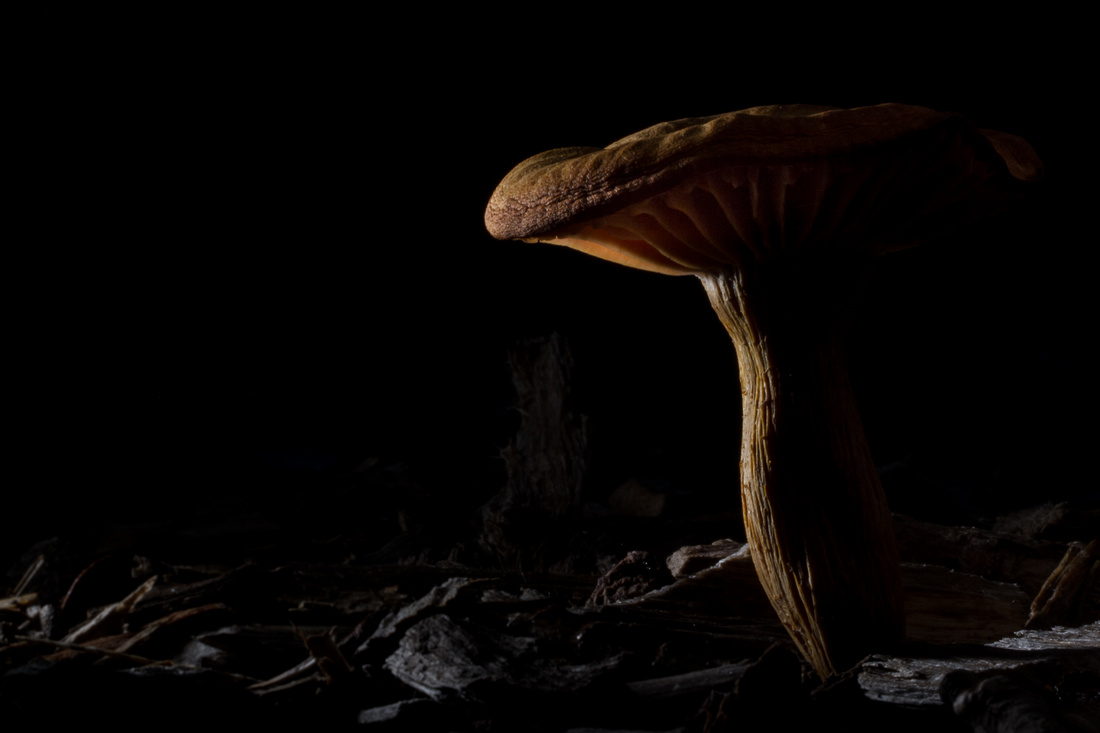 By then it was getting late and the red-rumped grass parts were coming down for the final feed for the night before heading up to the gum trees to roost. This is a shot of them coming in to feed. 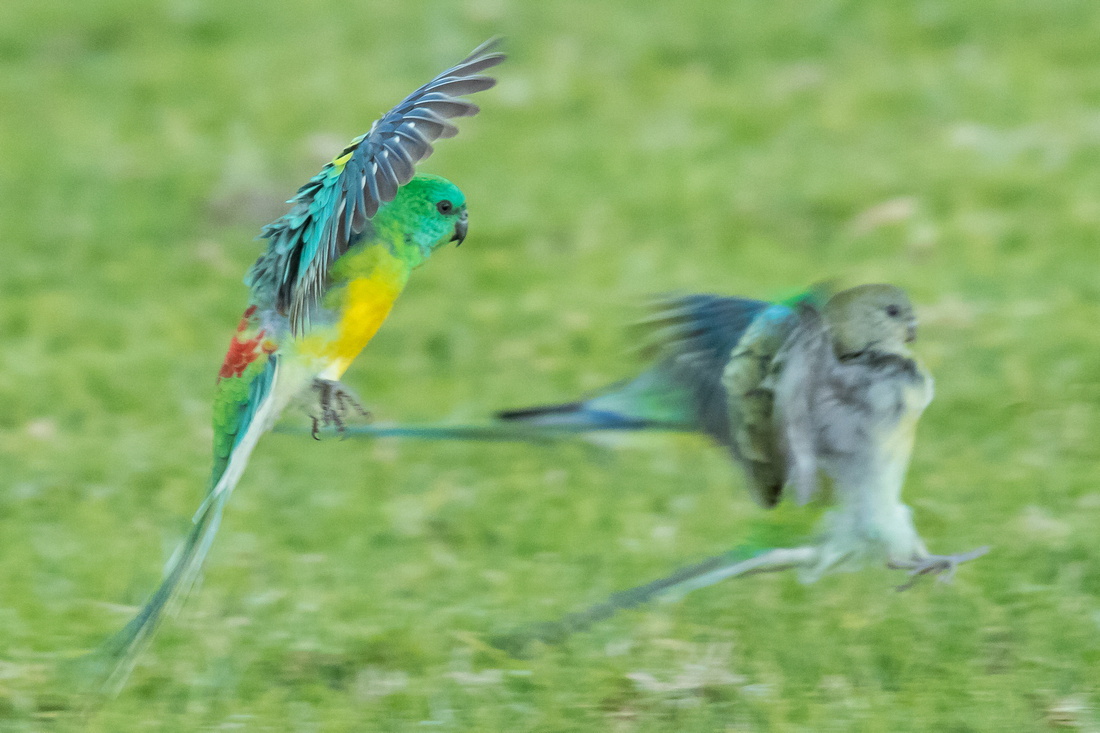 Followed by a shot of two of them heading of for the night. Not that happy with either of these shots, the top one needs a better depth of field and faster shutter speed though a bit hard in the low light of the evening even with the ISO raised up. The one below is OK but this has been quite heavily cropped and the low light and high ISO is starting to show up the noise a little to much so when bought down in lightroom the image is taking on that painted effect. But still shot in flight thats reasonable sharp, certainly showing why its named a Red Rump. 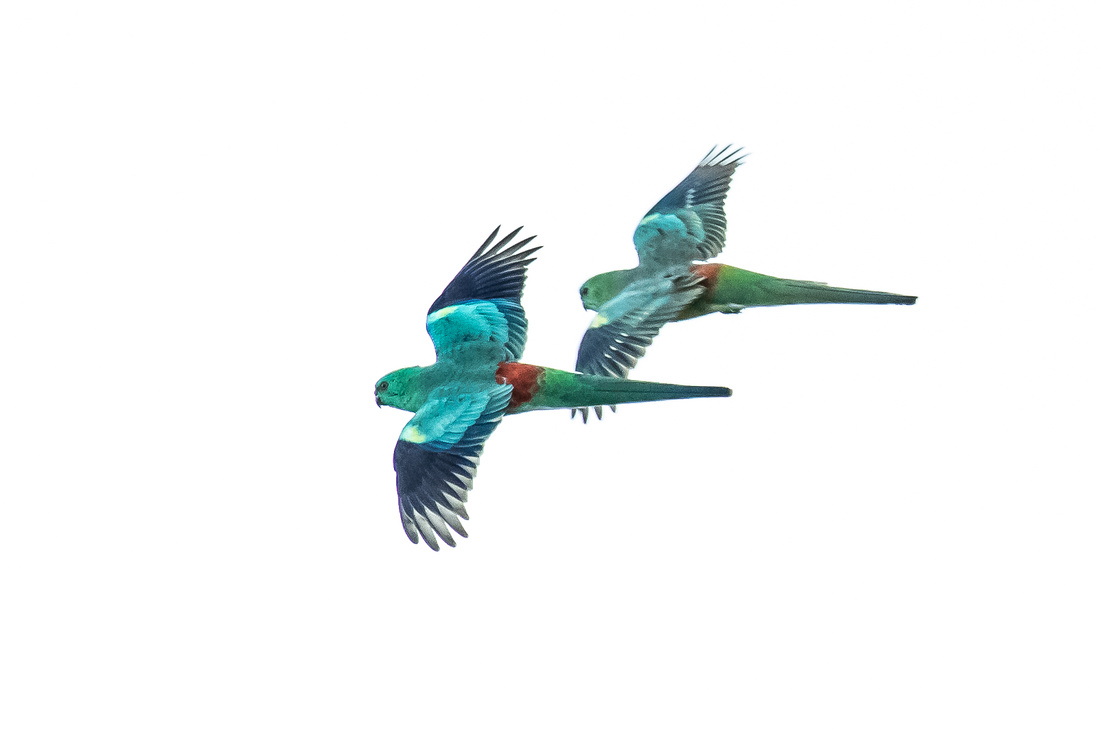 ​That's it for the best of, from this weekend, hope some of the shots give you a flavour for this week and some of the better shots and issues I have each week.

You can also find me on TSU a social media site like google plus but the royalties urned are shared back amounst the contributors.

Or google plus, Flickr or Ello, though by far the most shots are posted to my blog each week.

Thanks for dropping by my Blog, There will be more net week.