1st year of my web site plus the Australian Botanical Gardens, Mount Annan 08/08/2015

This week marks my first year of having my own web site. Mainly used for a weekly blog here with my walk through of my weekly best of shots and the occasional how to of how I get the various shots with some behind the scenes shots of some of my set ups. I also have several galleries of the better shots I have in different categories. I've just renewed my yearly subscription so guess I'll be here blogging for another year and showing off some of my work here as well as the usual Google Plus, TSU, and now starting to use Flickr and Ello as well.

So what has happened in the past year, well there has been 4117 separate sessions on my site, of which 14% are returning visitors. The first two months had no visits to the site, then every now and then I would put a link to the site on my google plus stream and that would create some interest in the site, You can see form the spikes in the graph here from Google analytics when I mentioned the site.

In this time I have had people from 93 countries look at my work on my site. 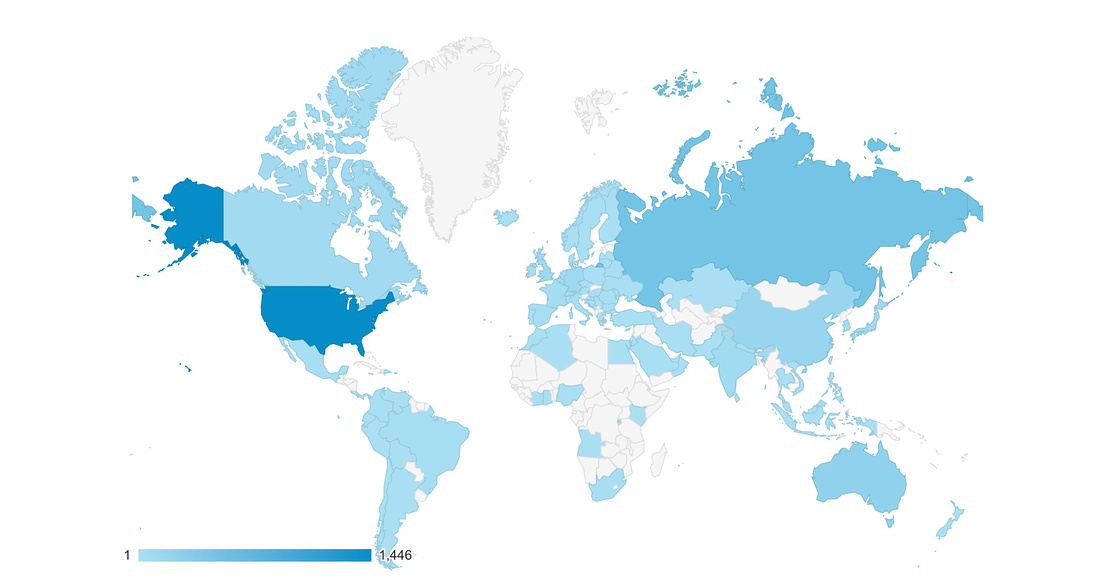 The biggest number so far comes form the United States the Russia followed by Australia then China, but 93 different countries wow who would have thought.

My galary pages also have the ability to sell prints from and in year I even sold one small print, mind you that was to another photographer who was testing out the site and the print quality before starting a site of there own, but still the system seamed to work, so something thats available but not something I push.

This year I'll see about setting up screen saver images to down load from the site as I have had a few people express an interested in getting some of my images as screen savers. But something I'll have to work on. There has also been a few comments added to the guest book on the site so always good to get some feed back on the posts I make, lets me know what people like and would like to have more of. So its been a fun year learning all about keeping a weekly blog going and putting up the better shots each week, or some of the not so good ones with east I've learnt so I can improve. Thanks to all those thats spent some time looking at the site, some longer than others with the vast majority not staying more than 10 seconds on the site, where as others have stayed and then gone on to other pages around the site, thanks.

All the statistics from the site come form google Analytics in case anyone is wondering.

Also this week The Australian Geographic web sit has put up one of my shots as shot of the week so something I'm quite happy about.

Now back to the blog, Last weekend as usual I went out to the Australian Botanical Gardens, Mount Annan, so heres a walk through of the shots for the week.

First up is the usual Eastern Yellow Robin (Eopsaltria australis), on the hunt for insects not the the ground, these are found in the woodland area or often in the connections gardens punched on a branch or the trunk of a tree watching for movement on the ground then they drop. 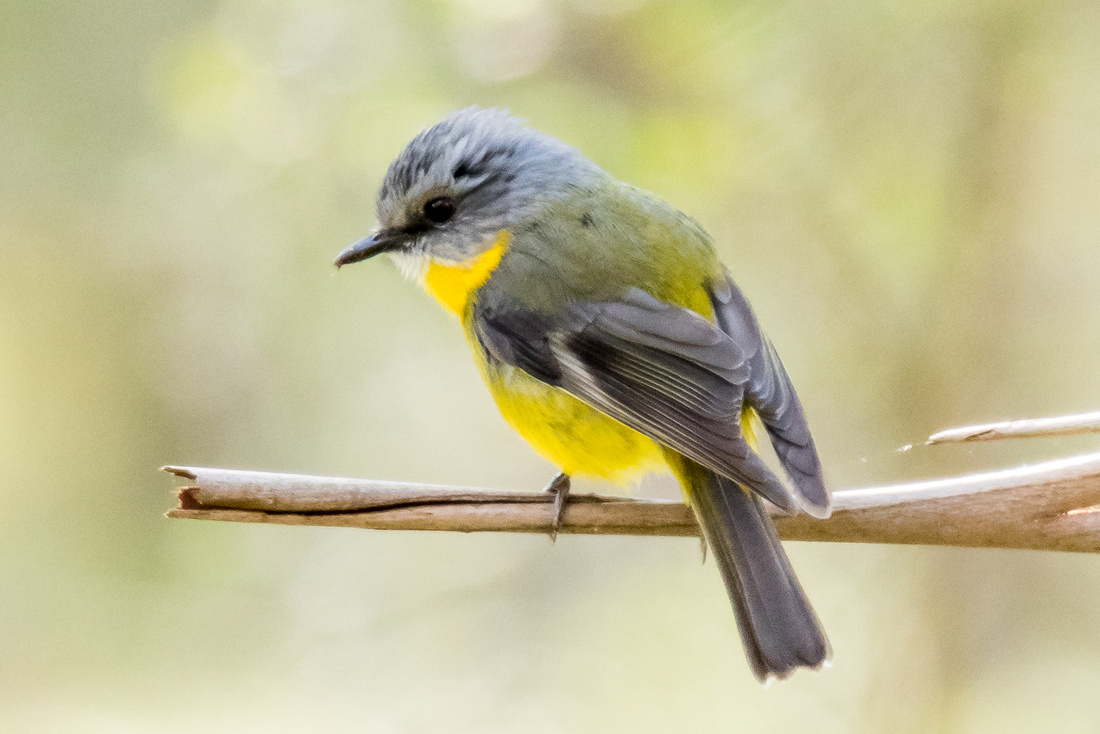 Next up a small flock of Red-browed Finches (Neochmia temporalis) came by this was one of them sitting sunning it self, before they headed off. 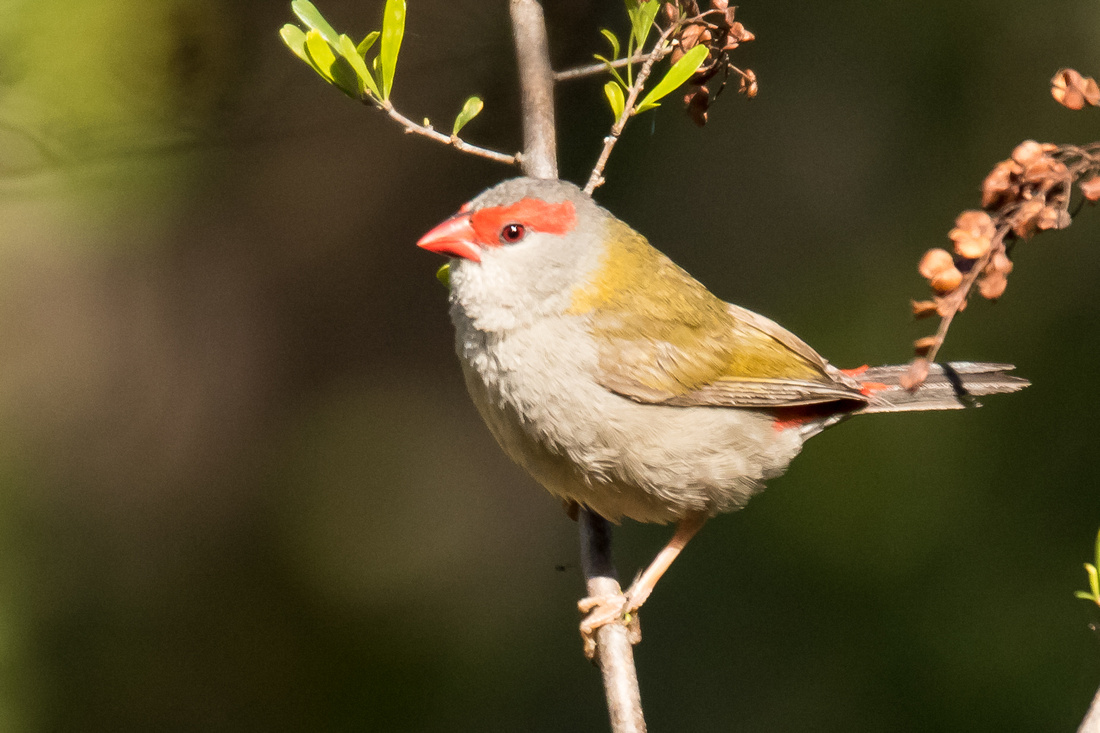 Walkng along the track I came across small flock of Weebill's (Smicrornis brevirostris) These ones don;t stay still for long as they flitter about the trees also hunting insects. 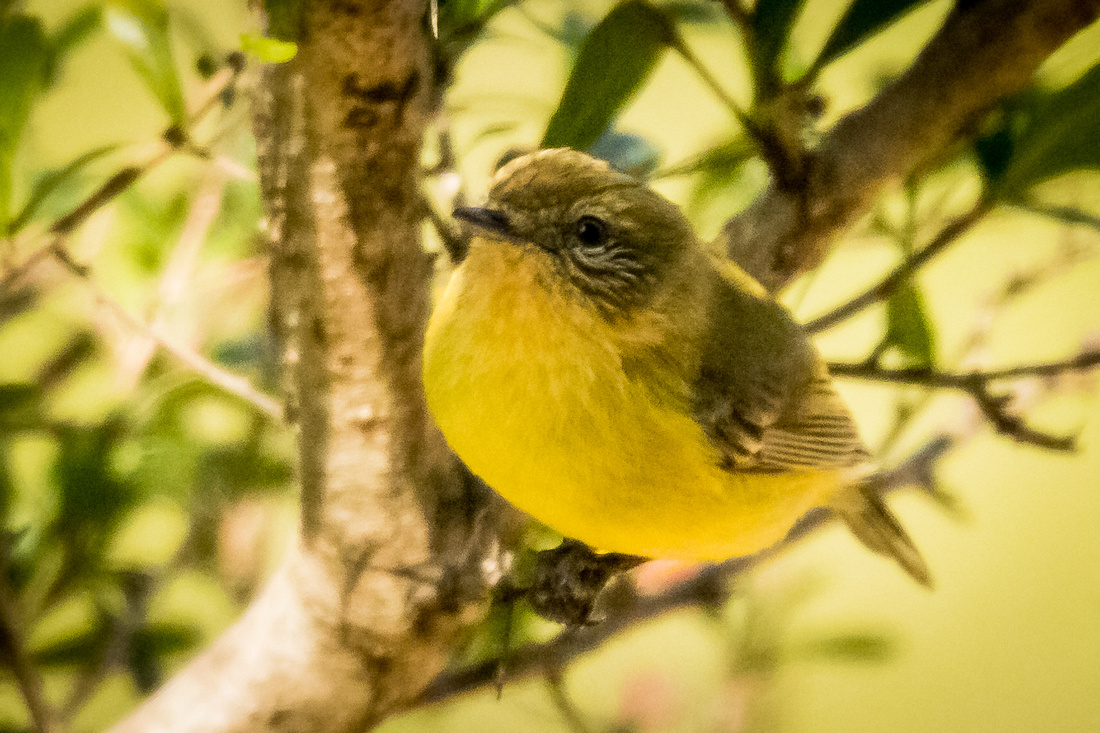 After last week not finding many birds this week slightly warmer weather seamed to have bought them all out, this ones of a little Jacky Winter (Microeca fascinans) also on the hunt for small insects in the upper branches. 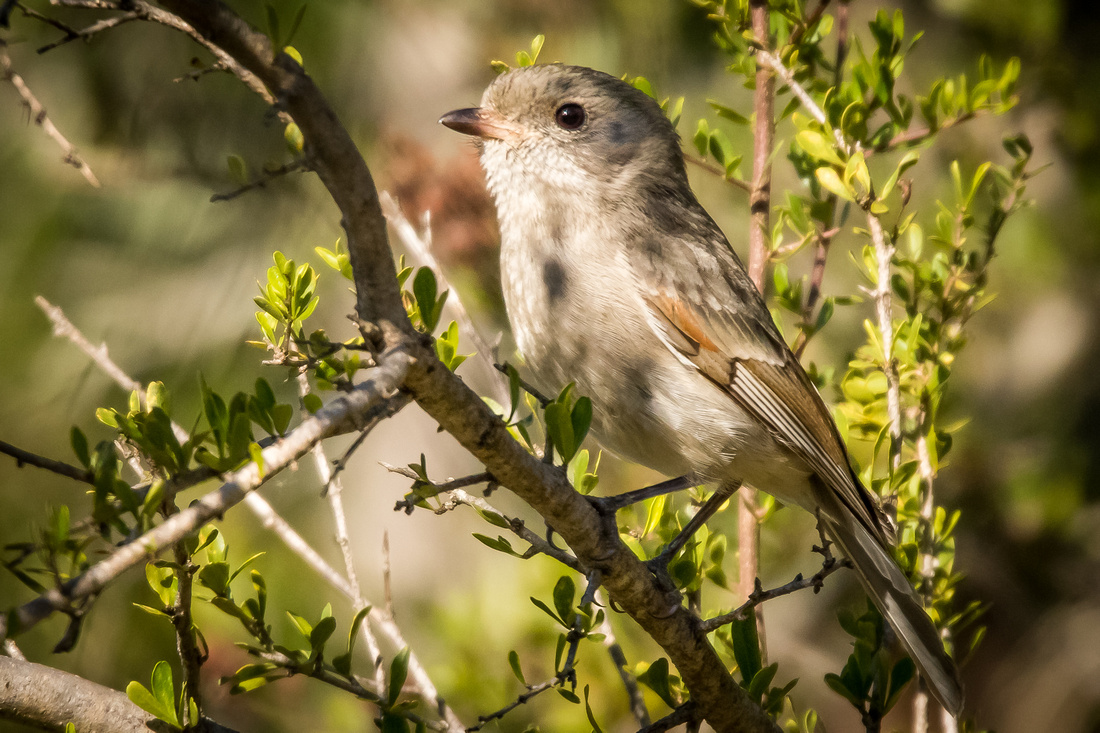 Over in the Daisy garden outside the plant bank was a small group of wrens this ones a female Superb Fairy-wren (Malurus cyaneus) in amounts the daisies. Makes for a brightly coloured shot. 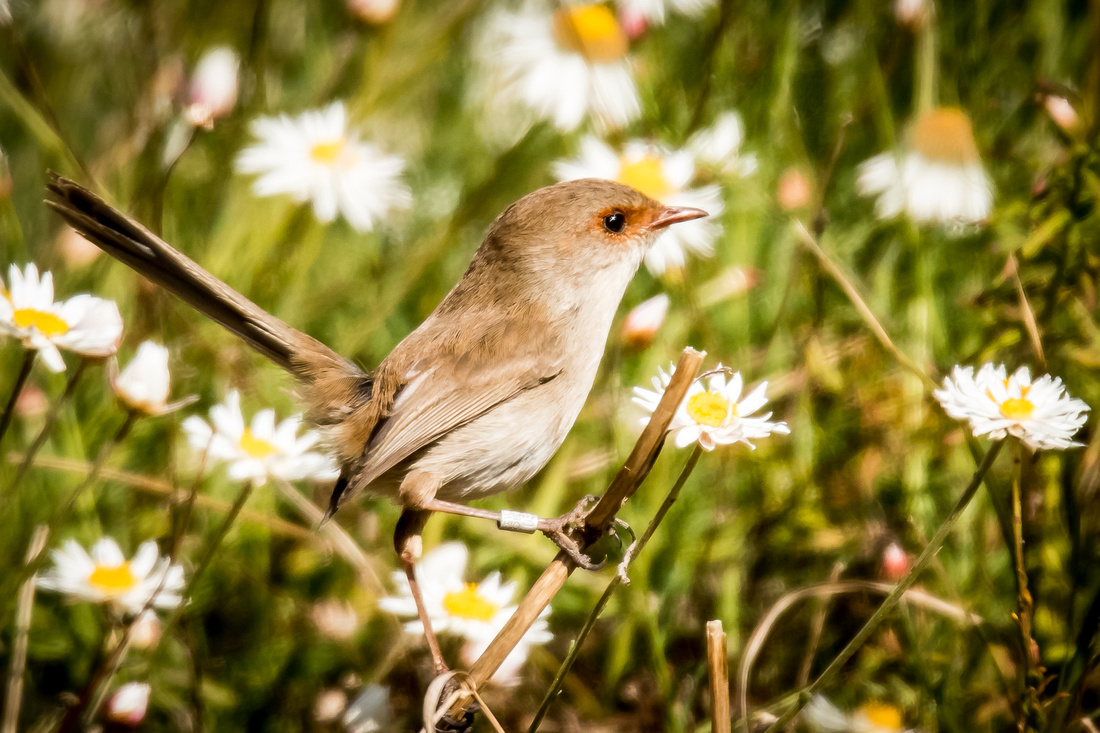 August is always a bright time in the Australian Bush with all the wattles coming out, the gardens are no exception with many wattles out in flower there now, these little balls of yellow fluff cover the trees around this time of year. They certainly make a bright sight. 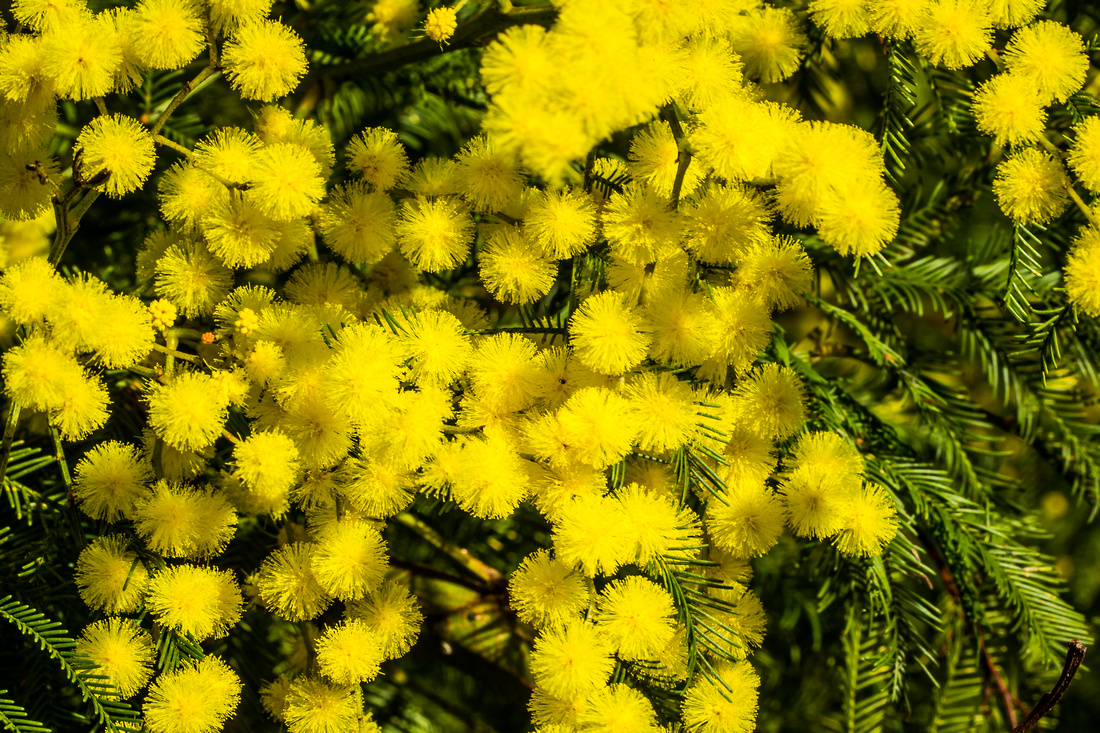 While walking back to the Car I looked up and spotted this Pacific Baza (Aviceda subcristata) was souring on the thermal air currents got this one when it was still reasonably low but within a few minutes it was only a speck in the sky as it kept increasing its elevation. 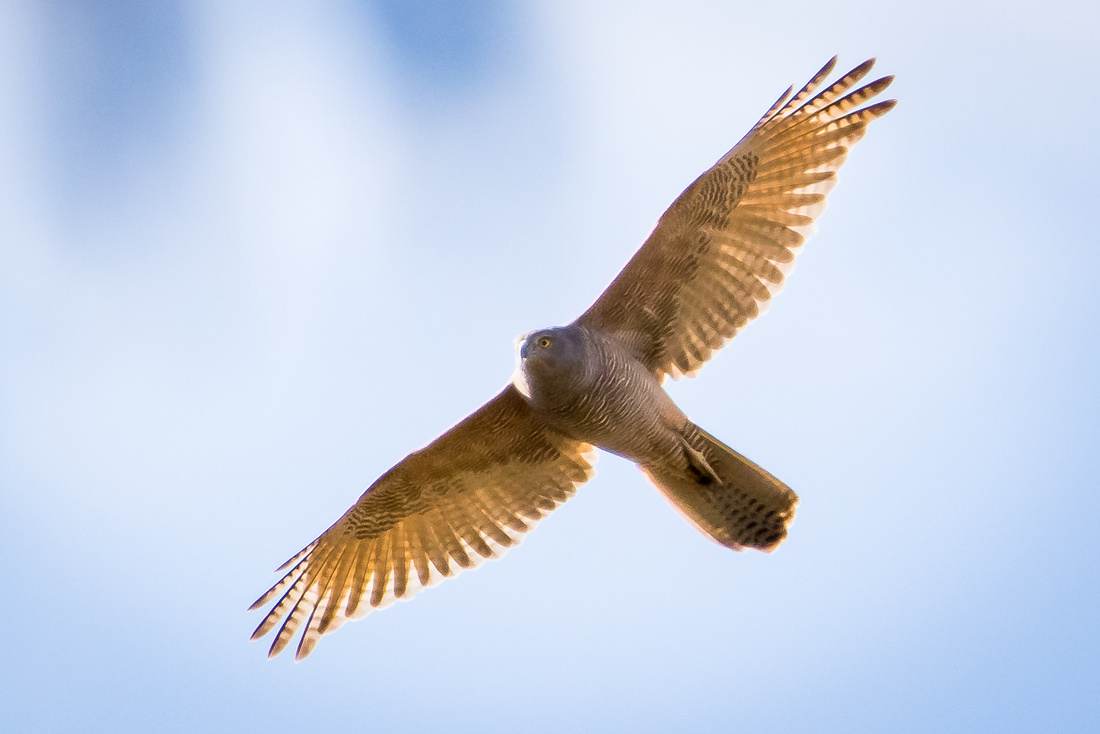 This week mushrooms were getting really hard to find and I only found one small patch here that were certainly worse for wear these were past there better days, but still managed to get a shot of them thats acceptable. A bit of rain would certainly help here to bring a few more to life, with winter here and no rain not good mushroom hunting times at present. We'll see what the next few weeks brings. 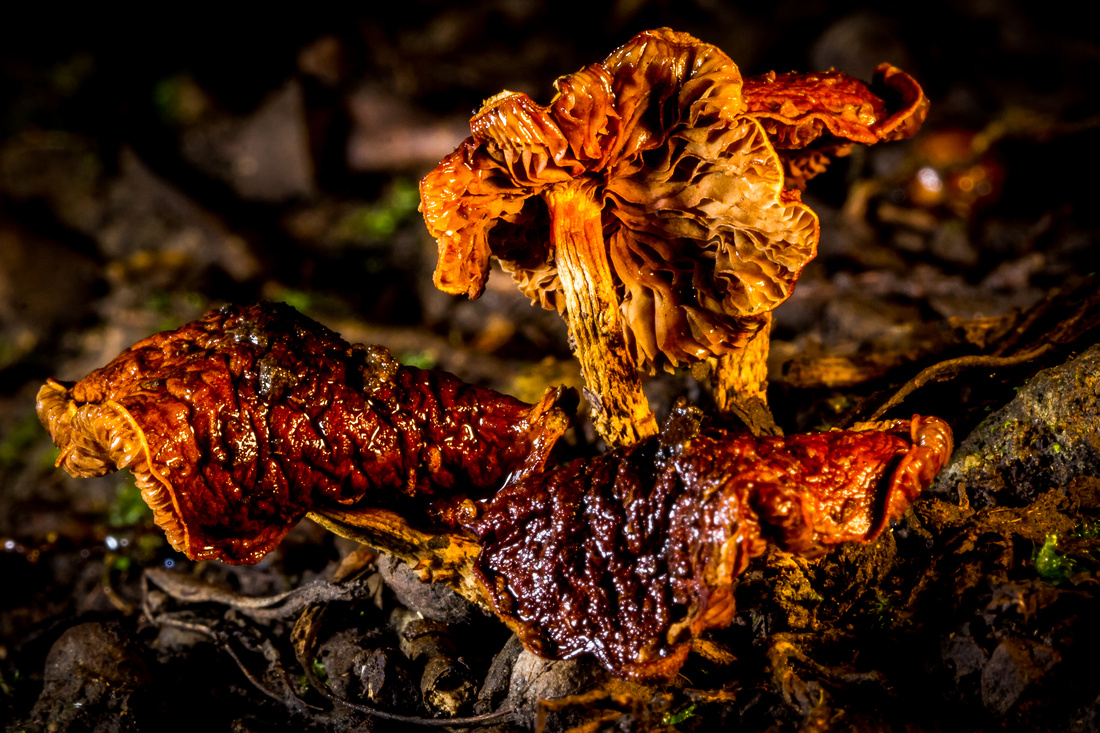 Over the last few weeks I've kept hearing these ones calling high up in the trees of the woodland area but have;t been able to sight them then this week in the connections gardens there was two of them little Fan-tailed Cuckoos (Cacomantis flabelliformis) these have a loud call that is heard from quite a way away, but not always easy to spot them this time they were in the open in a couple of sheoak trees. Though they didn't stay long so only got a couple of shots of these. 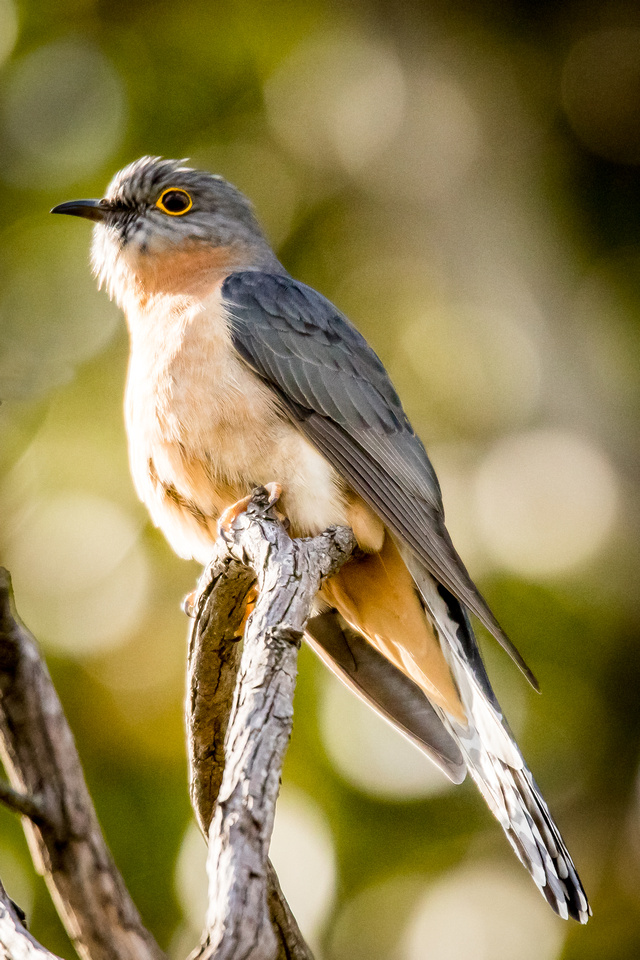 The last shot or this week was of a Little Wattlebird (Anthochaera chrysoptera) feeding not on the wattles that are out but on a Banksia. 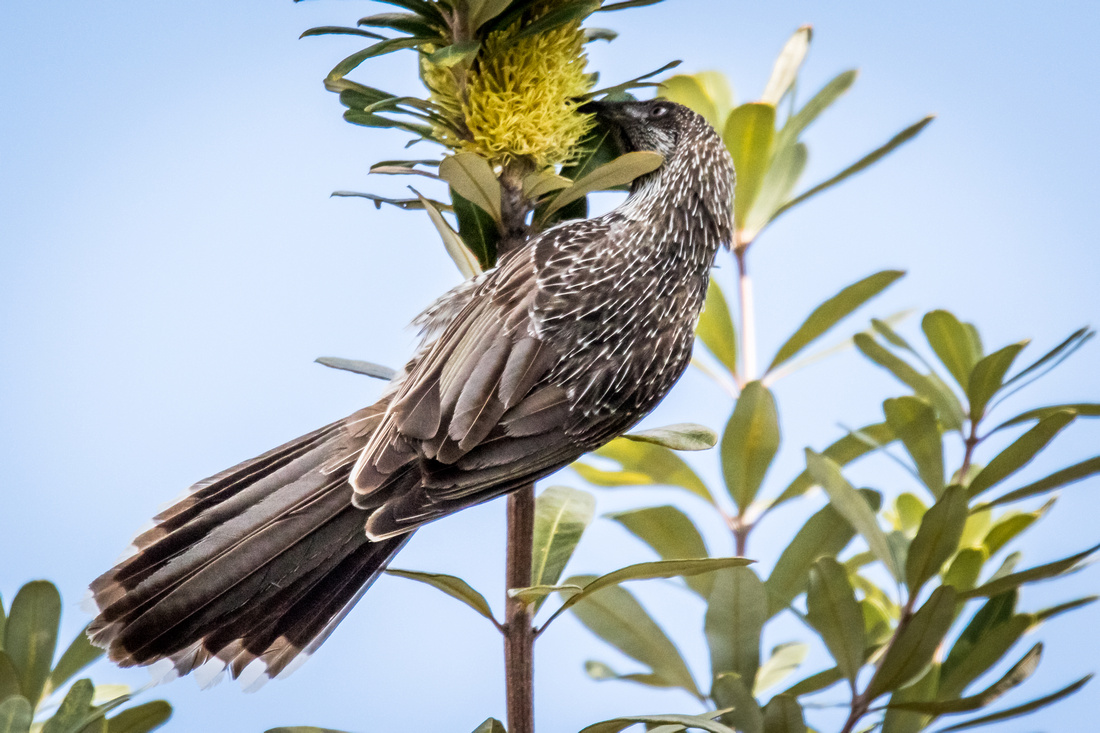 Thats it for this week and the first year of these posts.

Be back next week with another week of what ever I find in front of my camera.

Thanks for dropping by my Blog.