​This weeks blog is again a walk through of the shots for this weeks walk in the Australian Botanical Garden's Mount Annan. Weathers again been pretty dry again with only one day a small shower with 1.5mm of rain, in some areas of Sydney, other areas have had no rain for 20 odd days so starting to dry out a bit, not so good for Mushrooms.

So I started out in the woodland area of the gardens and walked along one of the bush tracks there, sometimes I've found mushrooms there and not expecting to find to many this week I thought I'd try all known locations, No luck there for mushrooms but I did find a small flock of Sulphur-crested Cockatoos (Cacatua galerita)  feeding on the ground, this one was the one on watch, while the others feed. 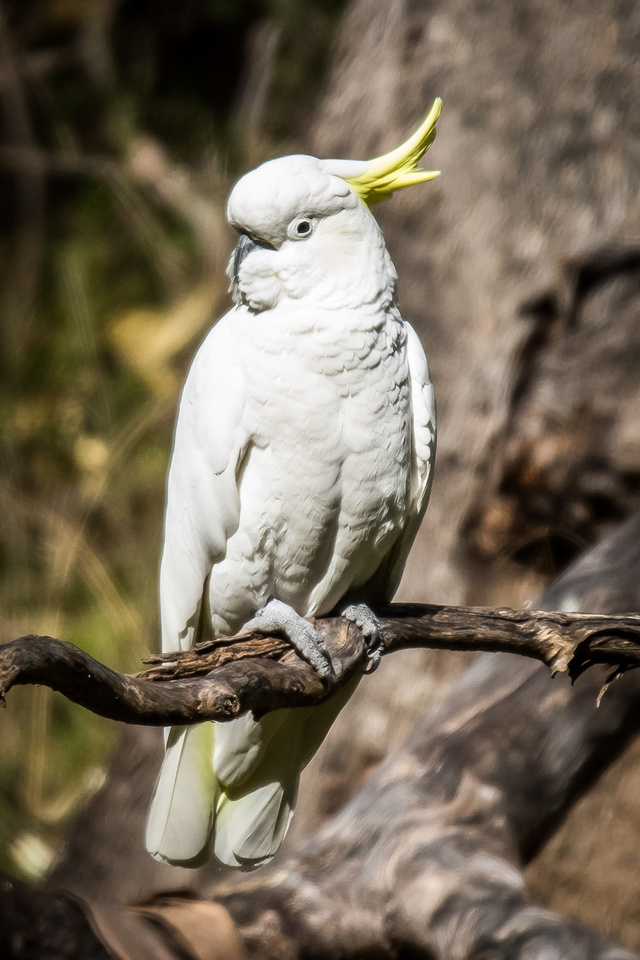 As I was walking along the train a couple of Wallabys bounced away, a few minutes later the reappeared further away, this is the only shot I managed before they took of again I would have preferred a clear shot with out undergrowth in the way. You can still see the little Joey in the grays pouch. Just. 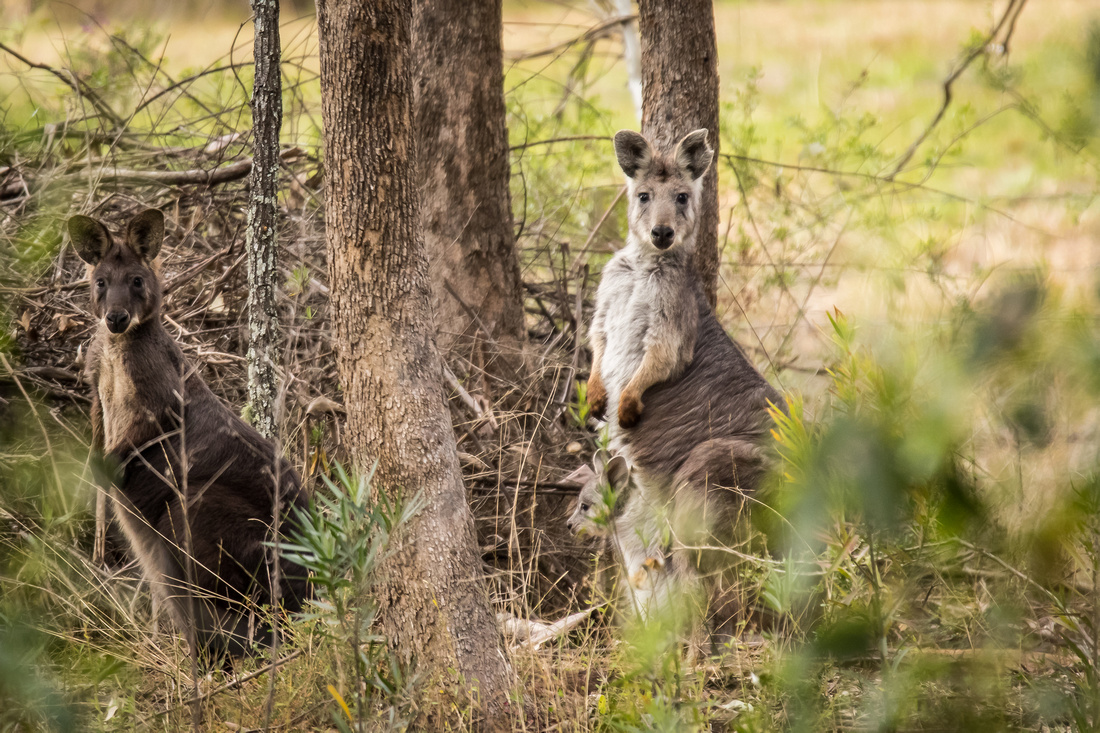 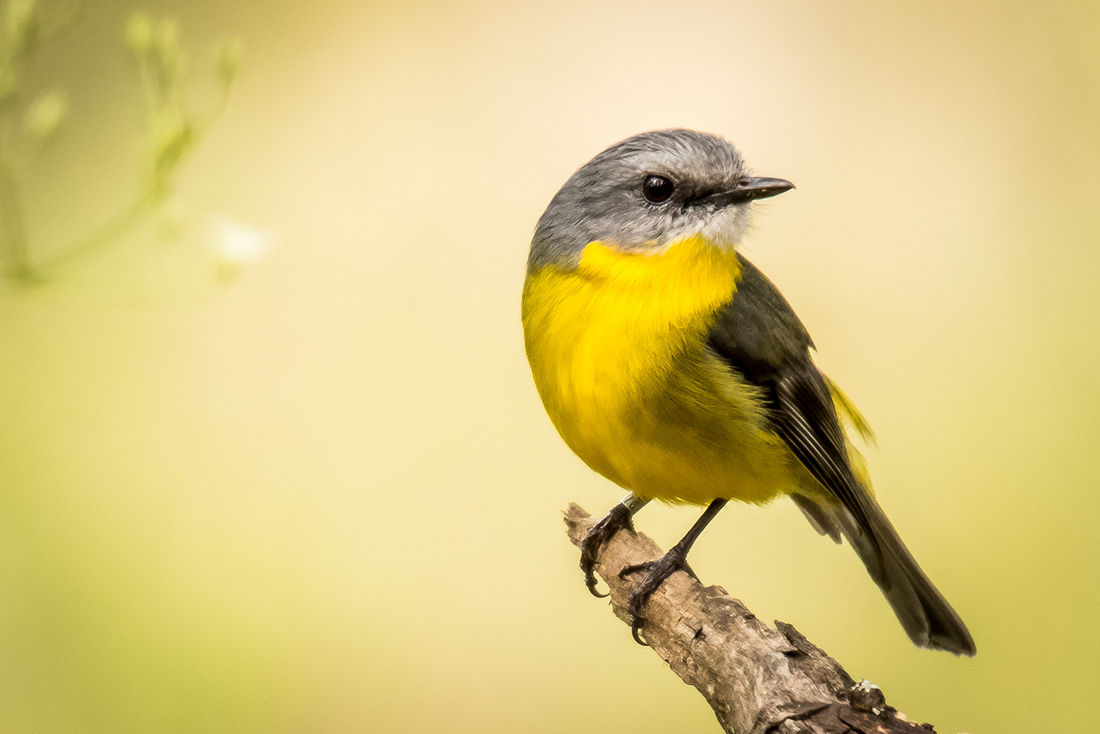 The little Eastern Yellow Robin (Eopsaltria australis) was about as normal, this time posing on a nice branch at a reasonable distance enough to blow out the background. I like the second shot better composition wise but the head is s little soft, probably a little motion blur form it turning its head. The top one is a lot sharper. 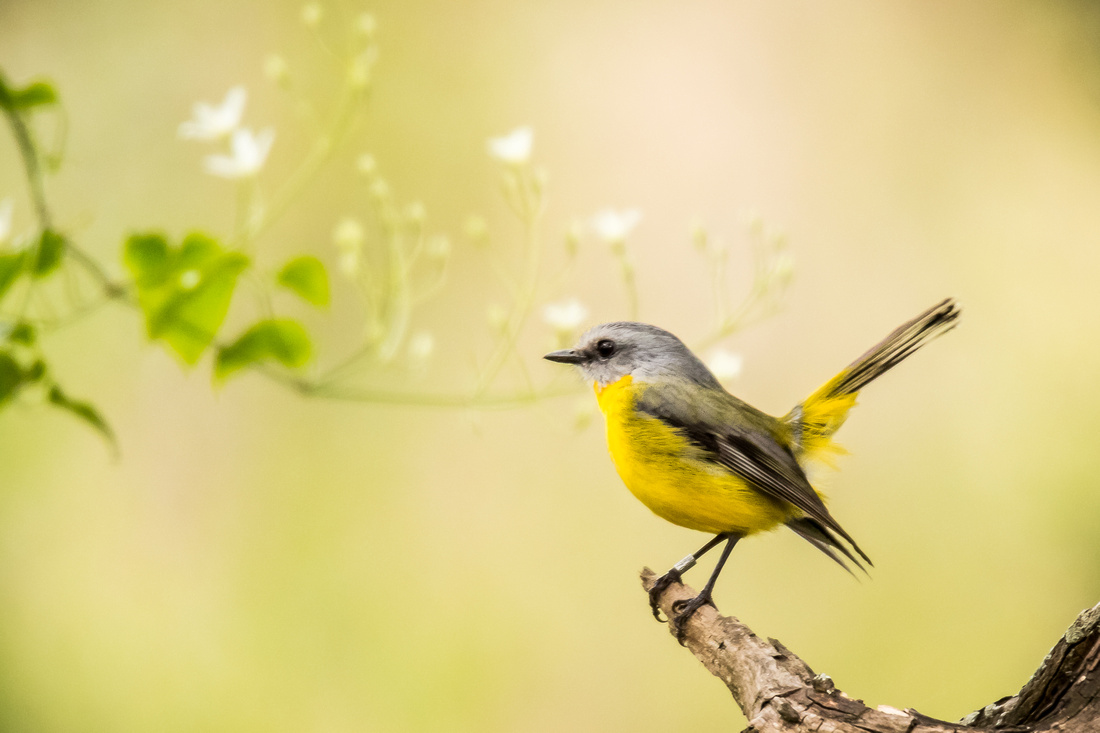 I did manage to find a mushroom for the week only just, this one again was beside the plant back. This week I used the normal two speed lights and one gelled with brown as usual, but this time when I got back home I Adjusted the white balance based on the white stem, this then turned the background a blue colour. 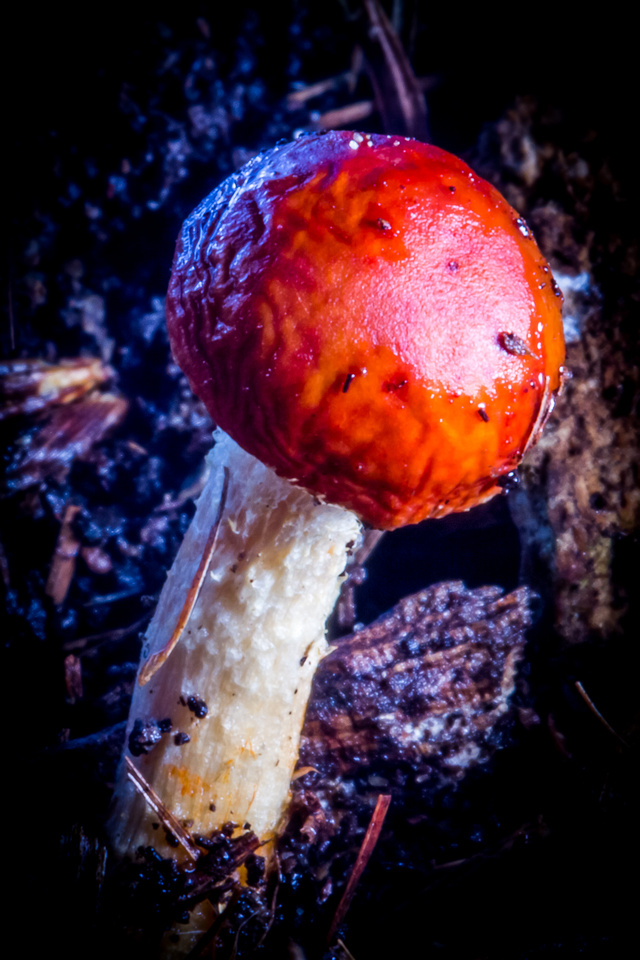 ​From there I drove over to the connections gardens to see what was around there some of the garden beds often have mushrooms there, but no luck this week. Last week this is where I found the Fan-tailed cuckoo. But no luck there but there was a few Eastern Rosellas (Platycercus eximius) These are very brightly coloured as you can see below, they don; let you get to close before they take off so this is about as close as I could get to these. 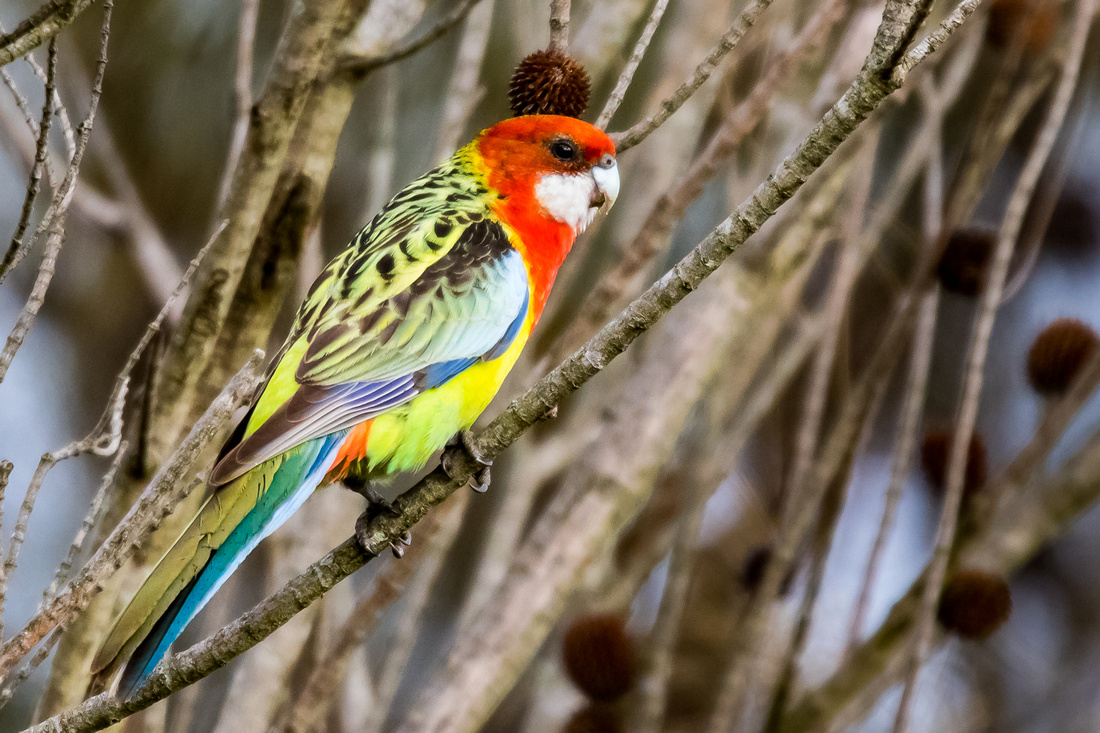 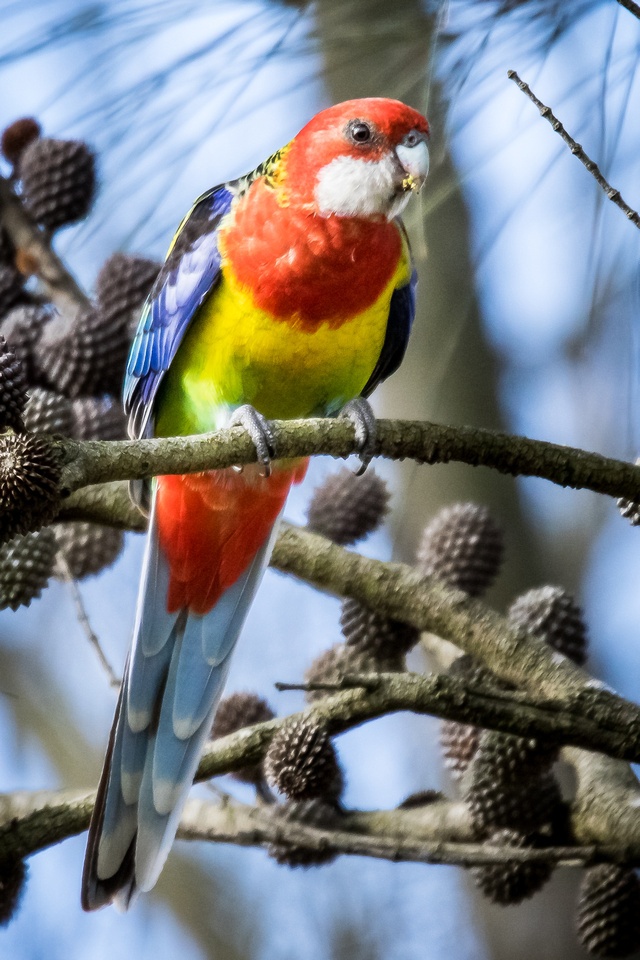 There was also a couple of Magpies on patrol around the gardens and I a managed to get this one before he got on to the walkway. 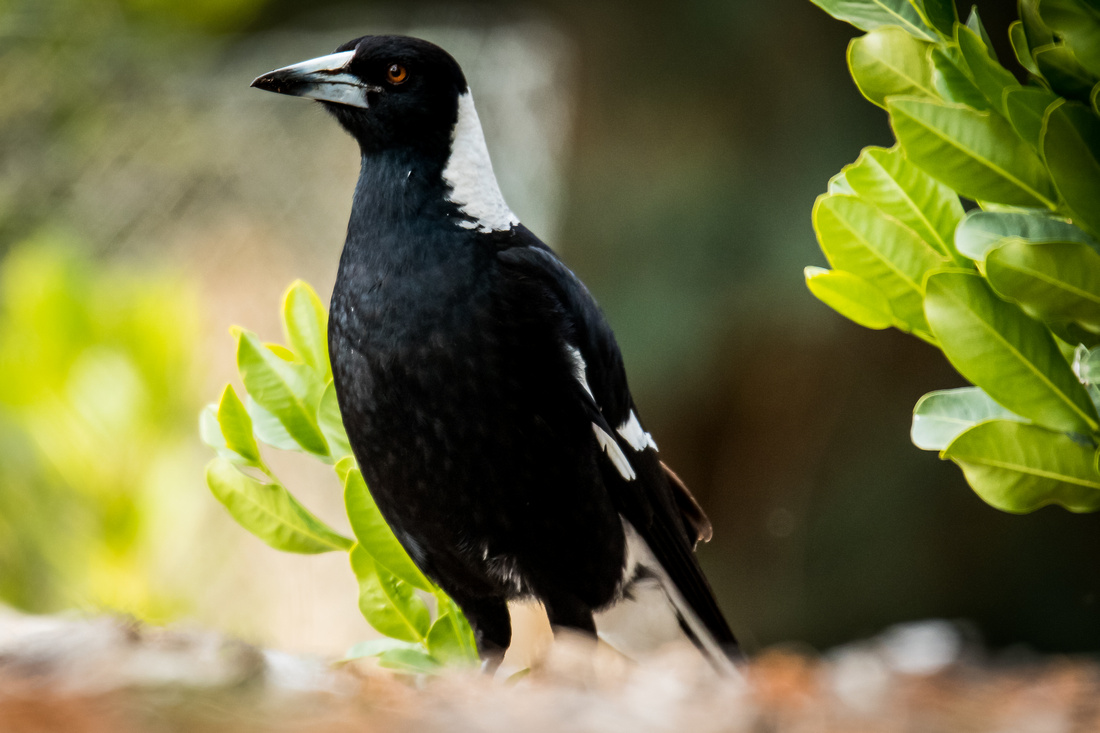 ​This ones of a Masked Lapwing (Vanillas miles) use to be called a spur winged Plover but was renamed a few years ago due to confusion with a South African bird of the same name. As I was walking around the connections gardens in a newer part of the garden there is a low section and up above was where the lapwing was it was walking around but as I went to talk the shot is settled down this was as it was abut to settle down on the ground. 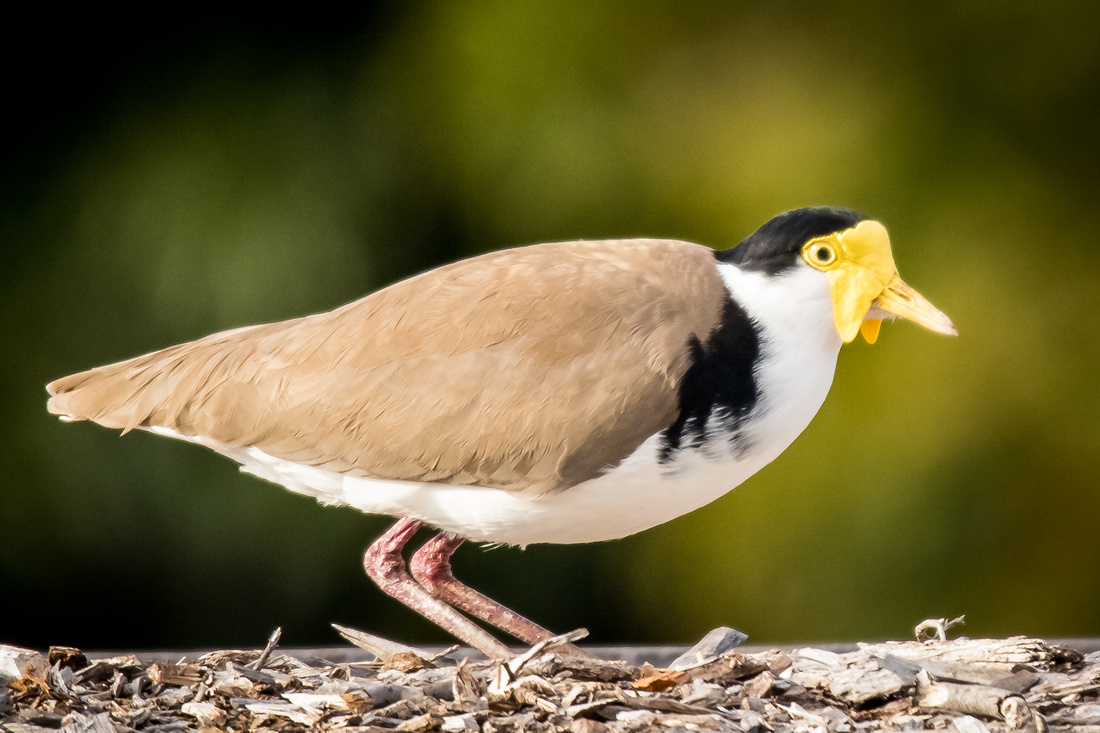 Lastly a Little Pied Cormorant (Microcarbo melanoleucos) took off for the island in the middle of the lake, I managed to get this shot as if flew over the lake. 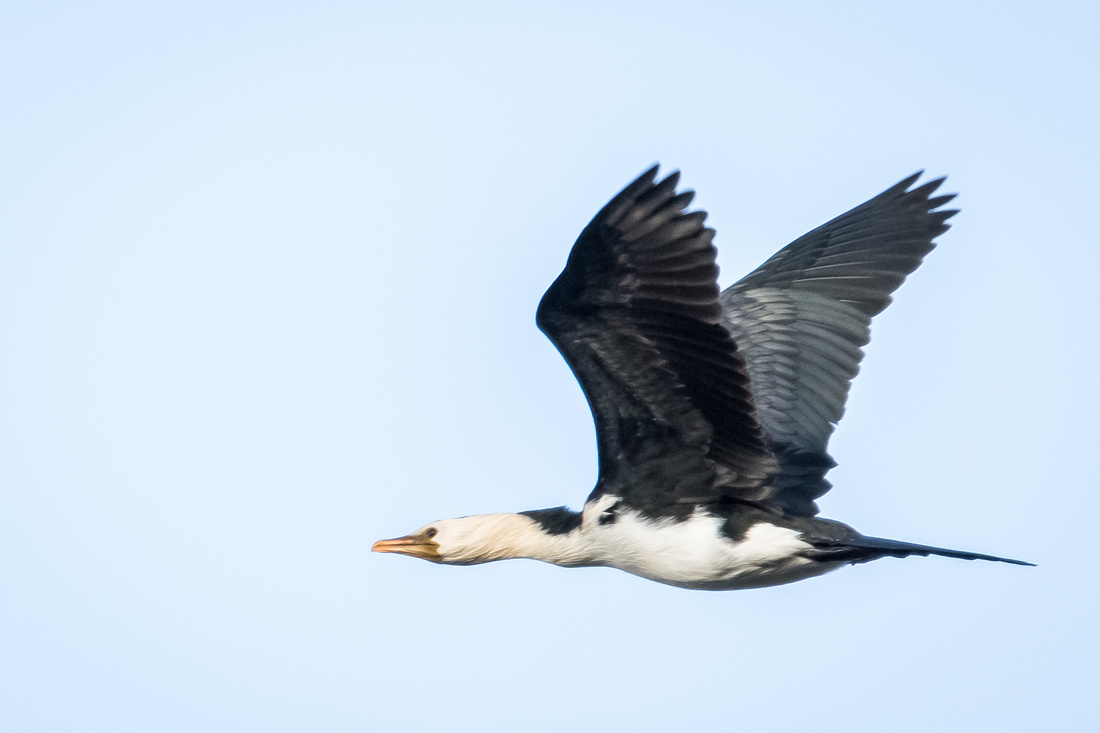 Thanks for dropping by my blog, I'll be back next week with more from this weekend photos.