This weeks blog covers the two days of shots affirm the Australian Botanical Gardens, Mount Annan. Starting to run out of time here now for the First of the two local Photography competitions held here, in Campbelltown, the first one closes Friday, So I'm currently getting the final shots and sorting out which ones to submit. Not an easy task as they only allow limited shots and working out which is the better shot is not always an easy trick. Any way on with this weeks shots.

​The First shot is of an Australian White Ibis (Threskiornis molucca) this one I managed to get the framing wrong and to much head room and cut off one of its feet so not the best framed shot, need to watch that in future. 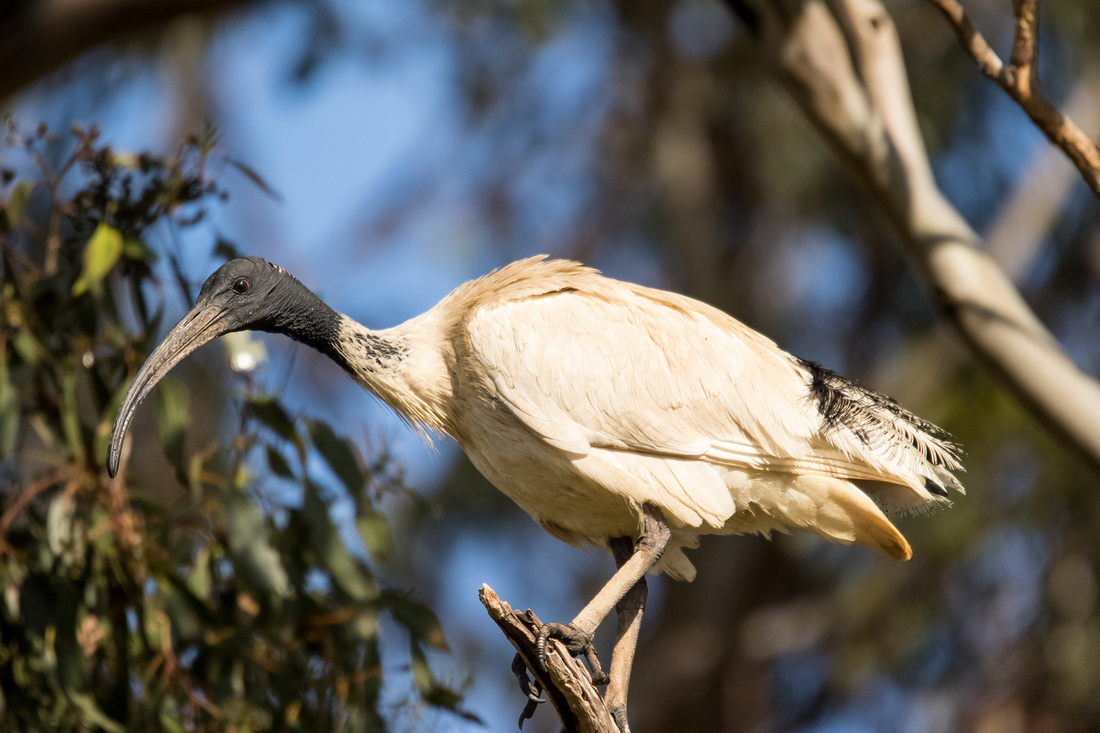 Nest up a Nankeen Kestrel (Falco cenchroides)was hunting for lizards in the grass hills near the first lake, the First shot shows it coming down feet out ready for a strike. 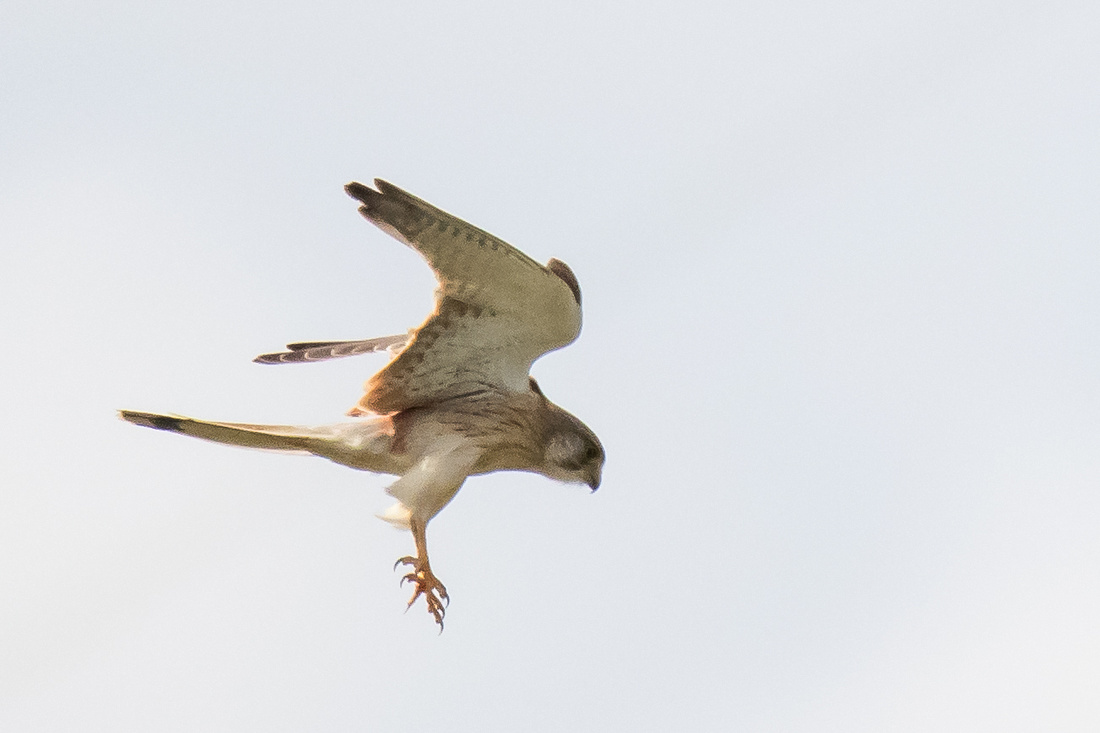 While the next shot shows the success of the hunt and feeding on the wind as it looks for its next target. 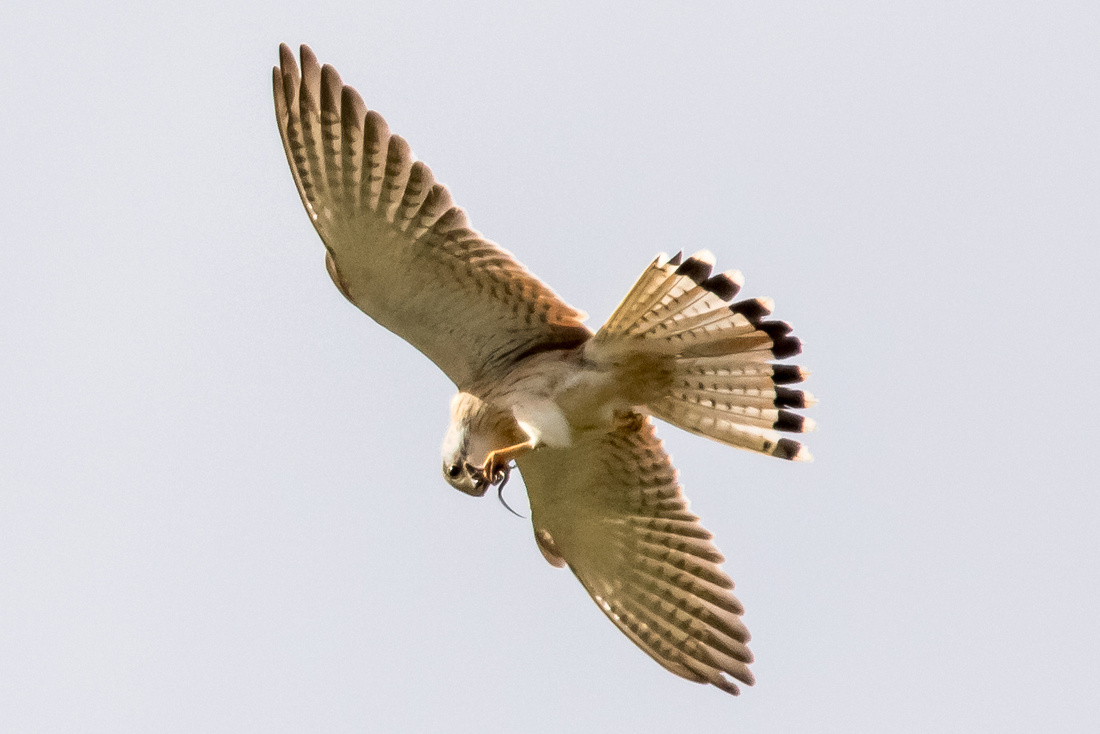 Around the First lake the Kestral wasn't the only one on the Hunt this Great Egret (Ardea modesta) was also on the lookout for what it could find. 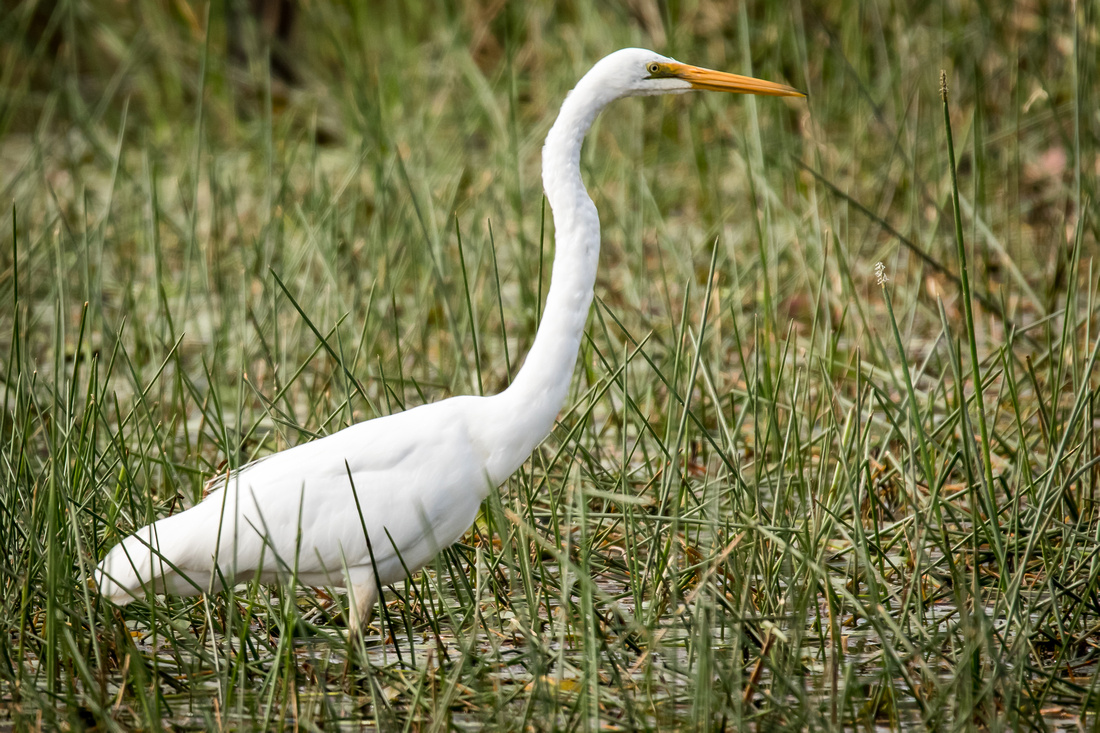 Around the lake there's a small creek that feeds into the lake and sitting on a branch over the creek was this Little Pied Cormorant (Microcarbo melanoleucos). This one allowed me to get quite close so a nice close up on this one. 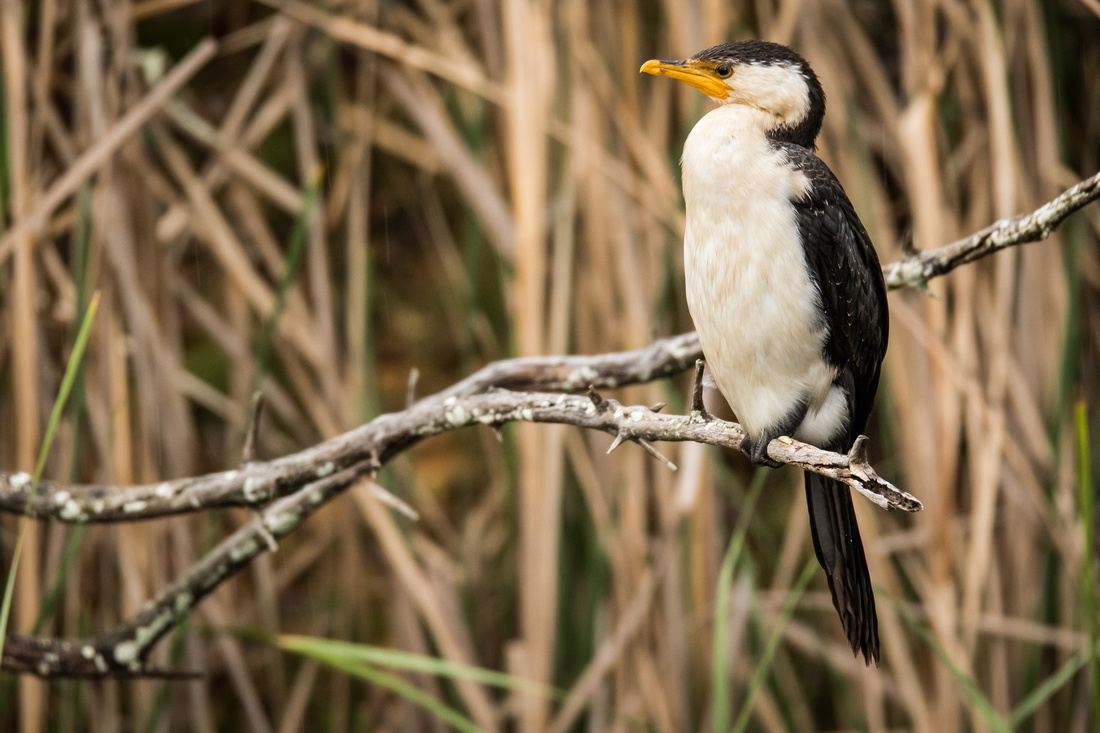 The day was contestant showers on and of and this one was taken while I was sheltering under the walkway of the plant bank. I was there for a while and had to shelter in the car at other times due to the wet. So not the best day out. 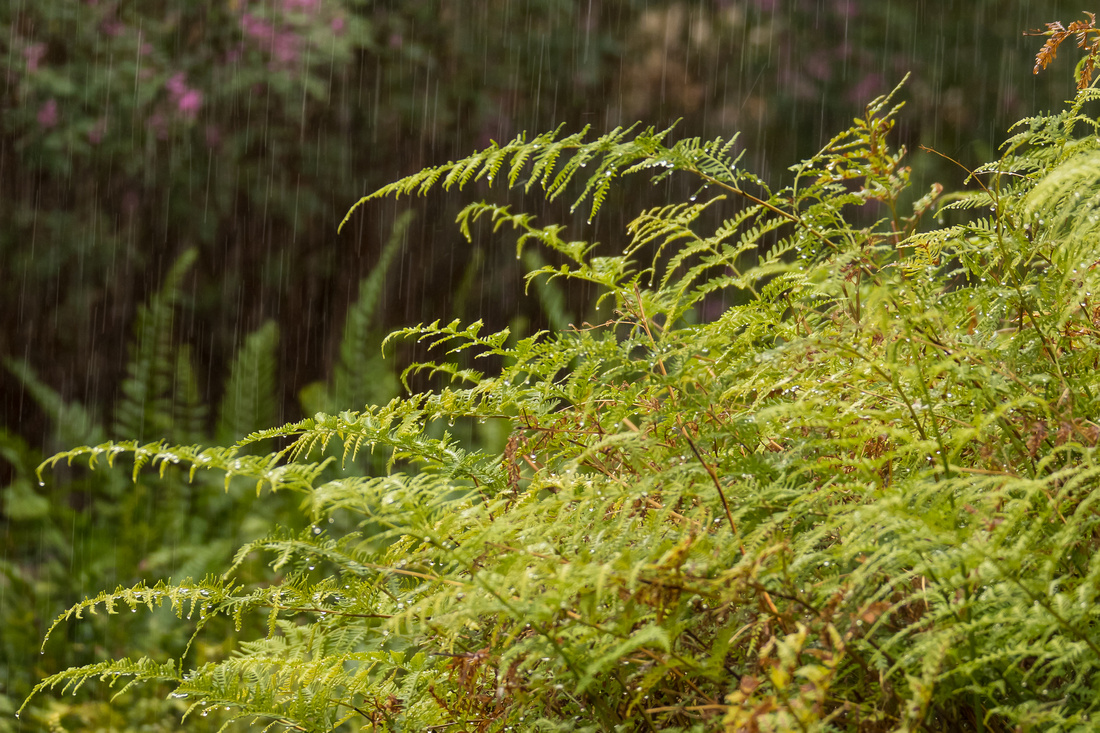 After the Rain stopped I went out again and found this little Eastern Yellow Robin (Eopsaltria australis), this one not looking its best after the rain. 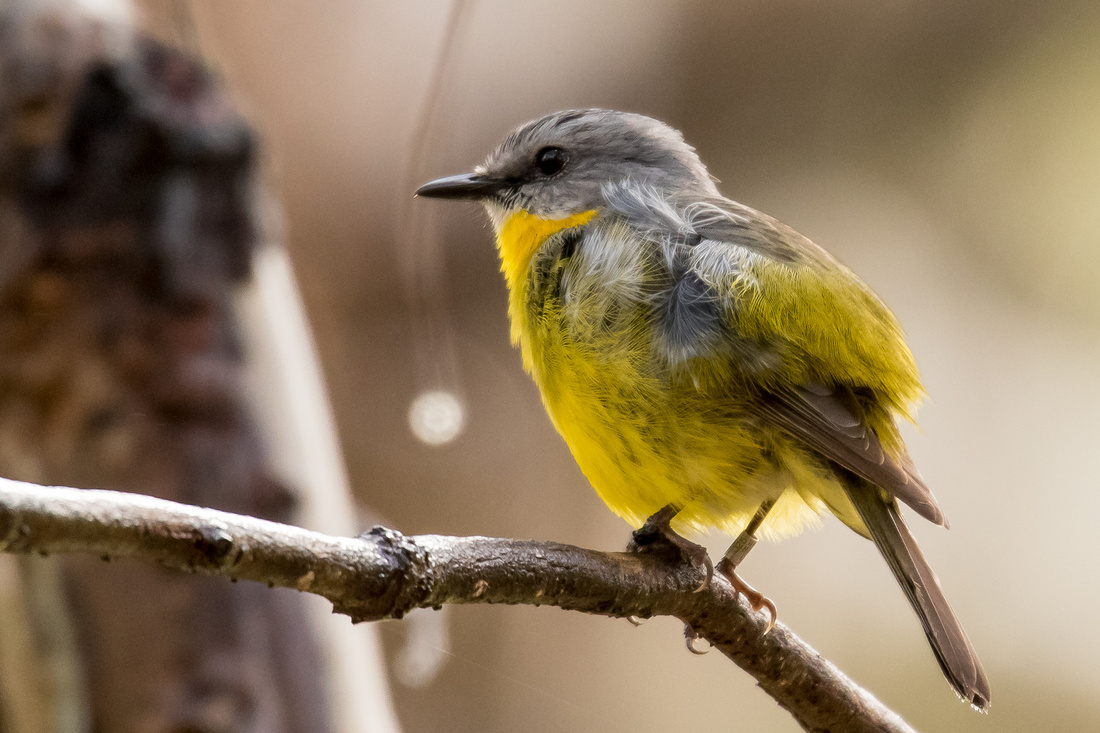 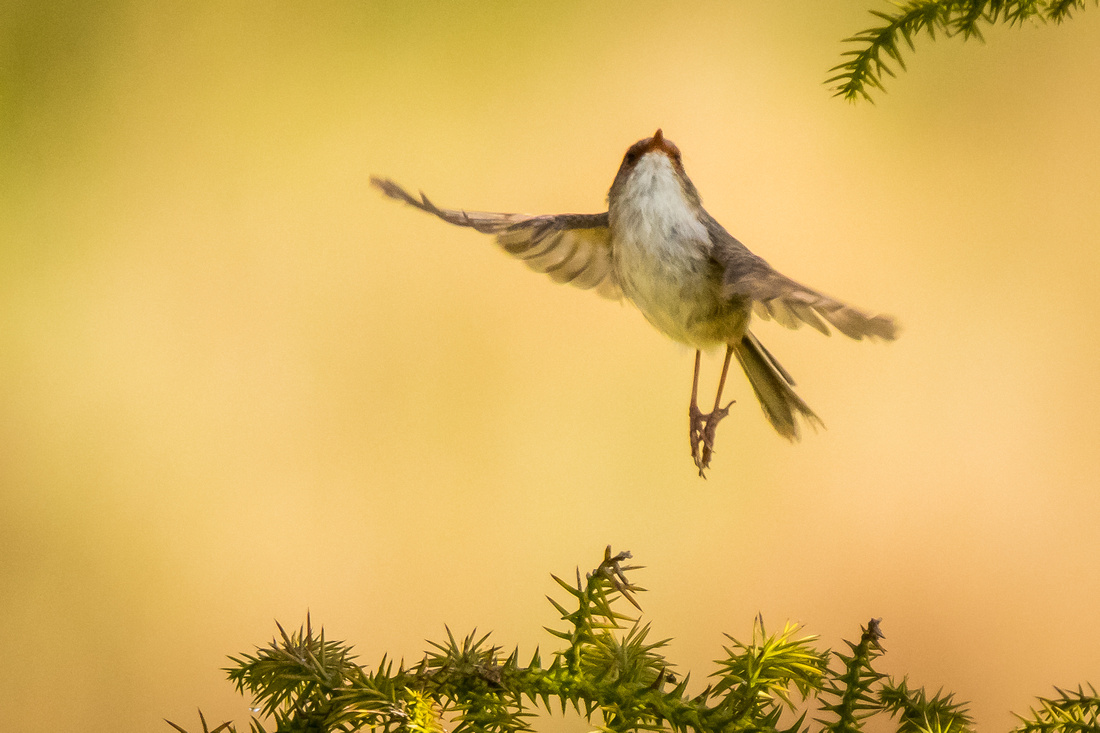 The rain started up again so I got in the car and drove around the gardens to see what was about and while driving I spotted this Pied Butcherbird (Cracticus niggrogularis) sitting in the rain, this one was shot out the car window on the side of the road, Not a happy little butcher bird. 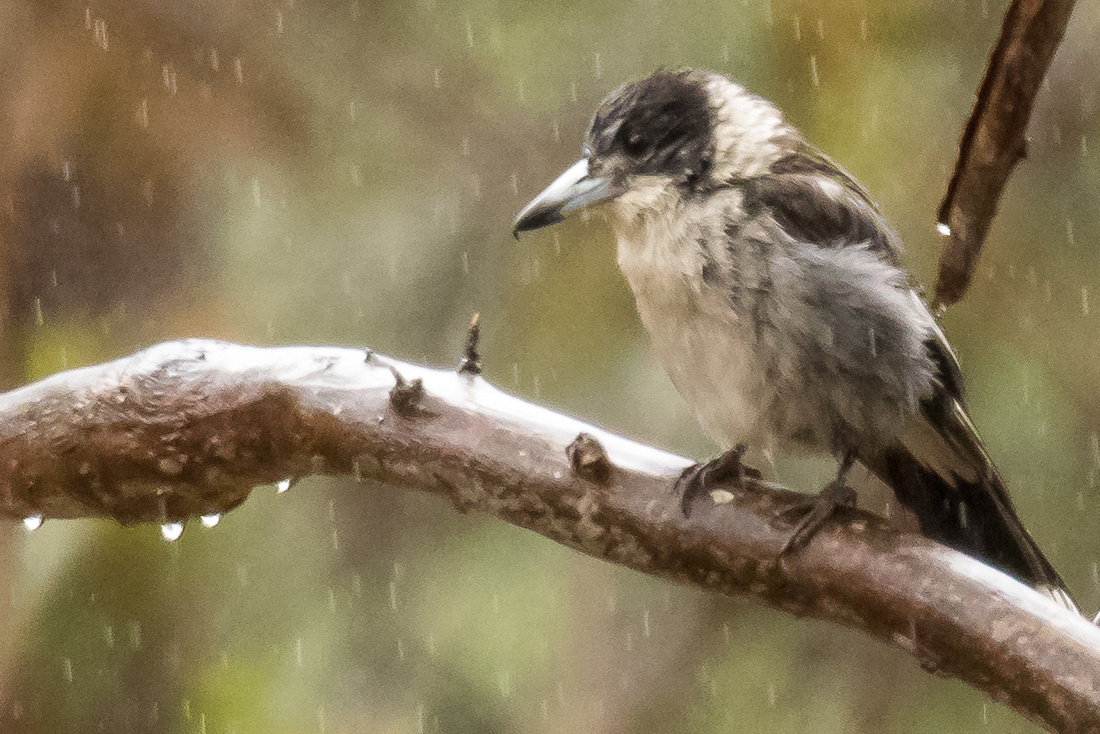 When the rain stopped I managed to get out and see if I could find any mushrooms I only found one but was happy with this shot  This one was growing an a small stick only about 10 cm long so easy to pick up I placed in in the fork of a tree so I didn't have to get down on the wet ground a and could position it how I liked so got a good shot from underneath as usual I underexposed the shot to get the black background and lite the mushroom with two speedlites, the one underneath with the Brown gel and the one on top plain, I hand heed the two flashes and fired the camera with the ten second timer giving me time to position the flashes and wait, in some cases a little to long, but still got the results I was hoping for. Happy with this one. We'll see how it goes in the competition this year. 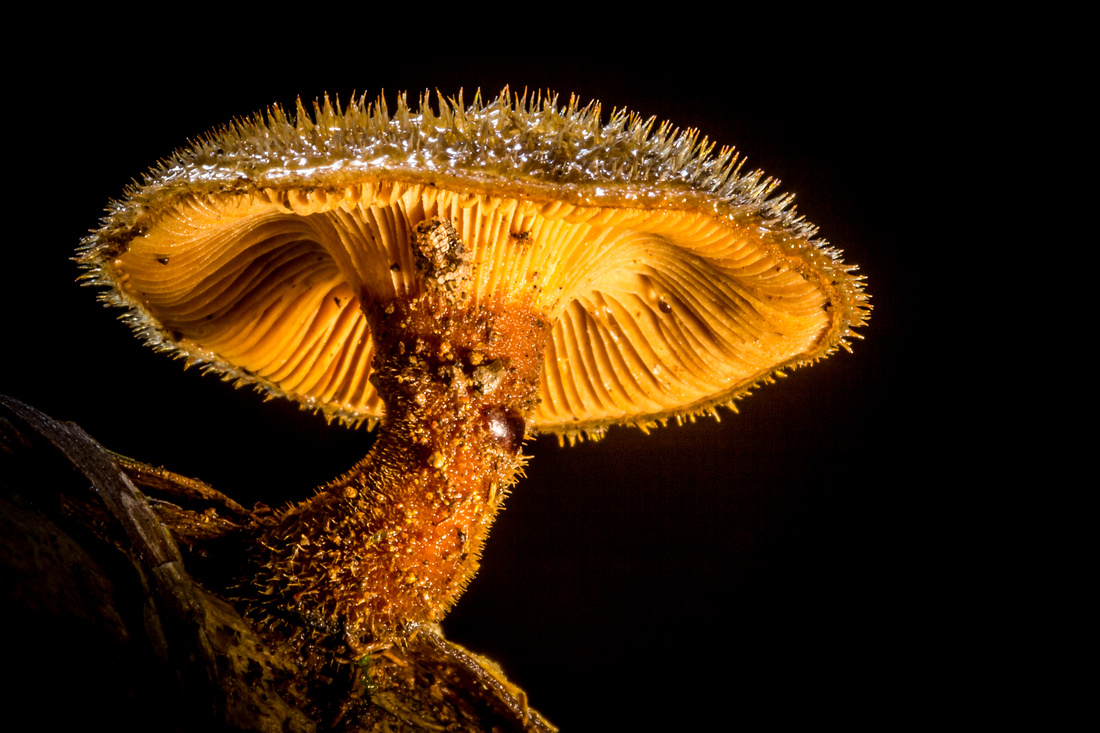 The rest of the day stayed pretty much dry after that so got to walk about and get a few more shots, this ones of the paper daisies. 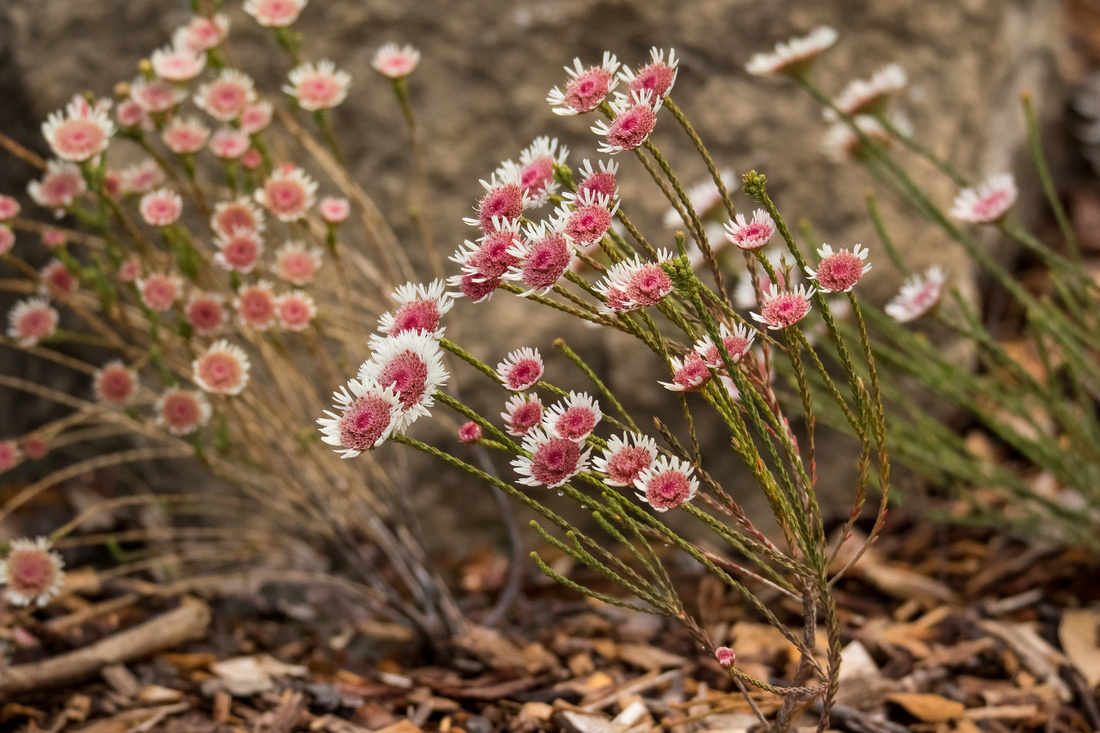 ​The White Waratahs are just coming out as well. This shot is taken with two flashes both 90 degrees to the camera on either side of the flower. 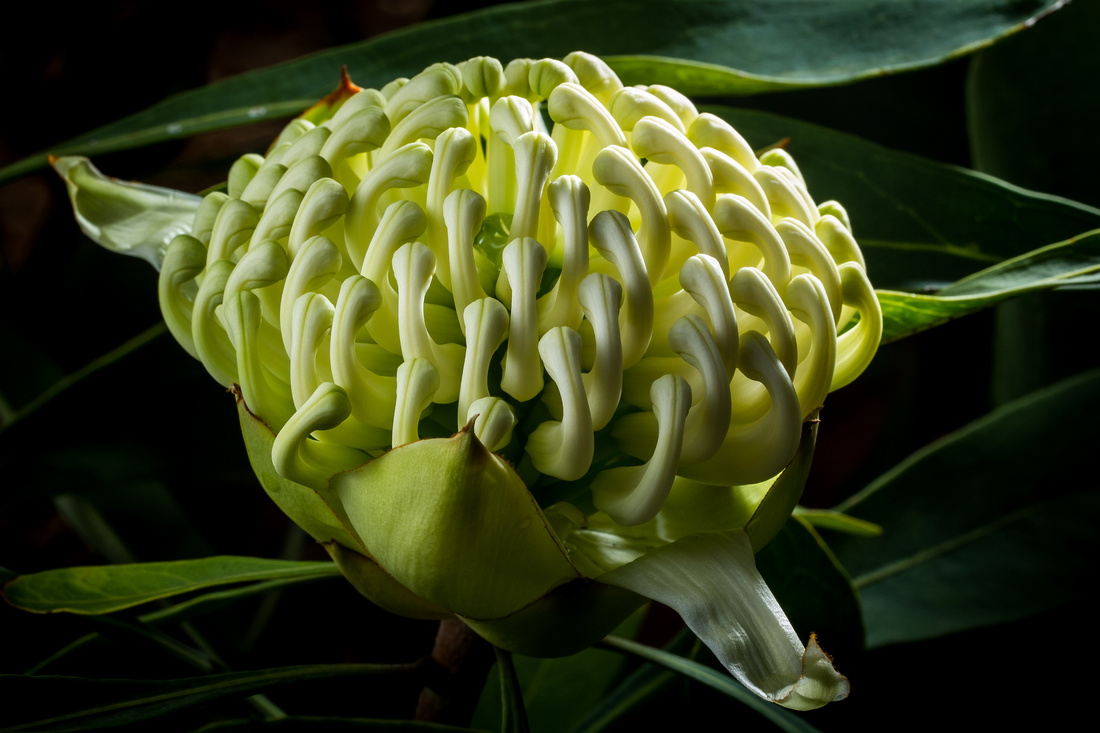 The Sturts Desert Peas are also in flower at present, these are a vivid red with black centres, I again under exposed to get the black background and then light the flower with two flashes, one on either side. 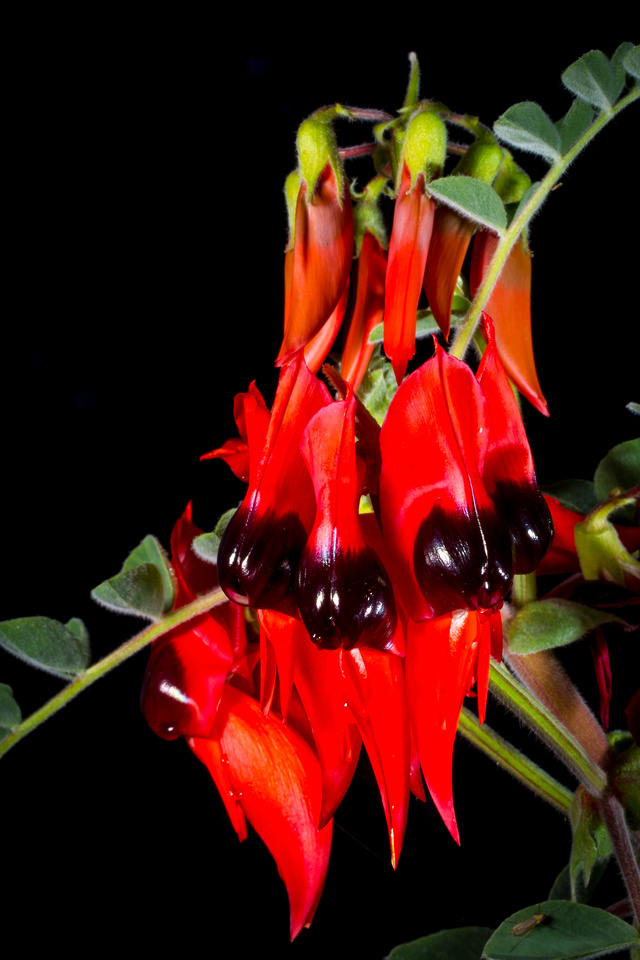 This one shows a Grey Shrike-thrush (Colluricincla harmonica) with a caterpillar it found hiding under the bark. 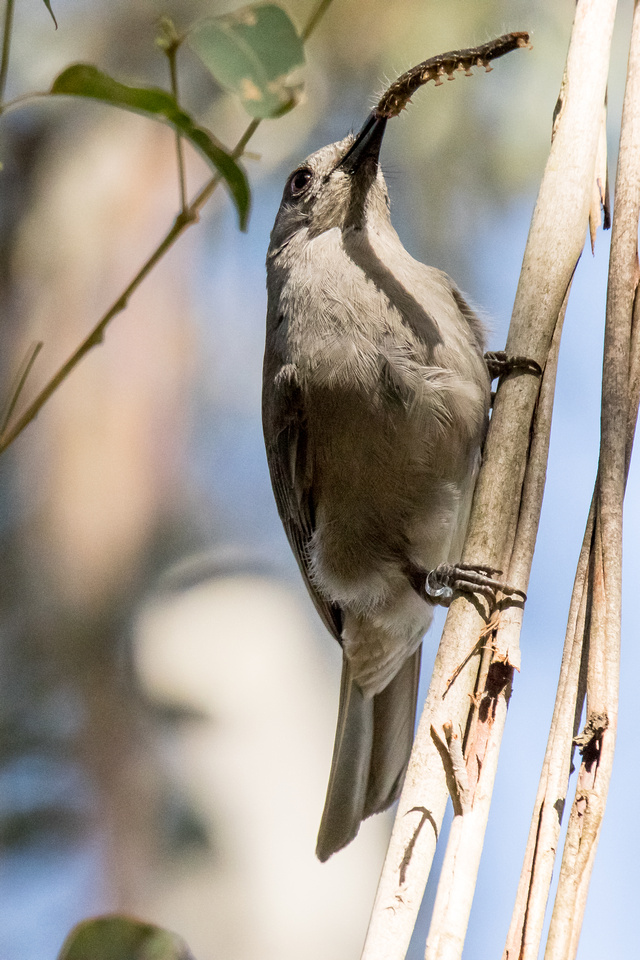 The final shot for this week is of an Australian Raven (Corvus coronoides) as he to was seeing what he could find among the leaf litter on the ground. 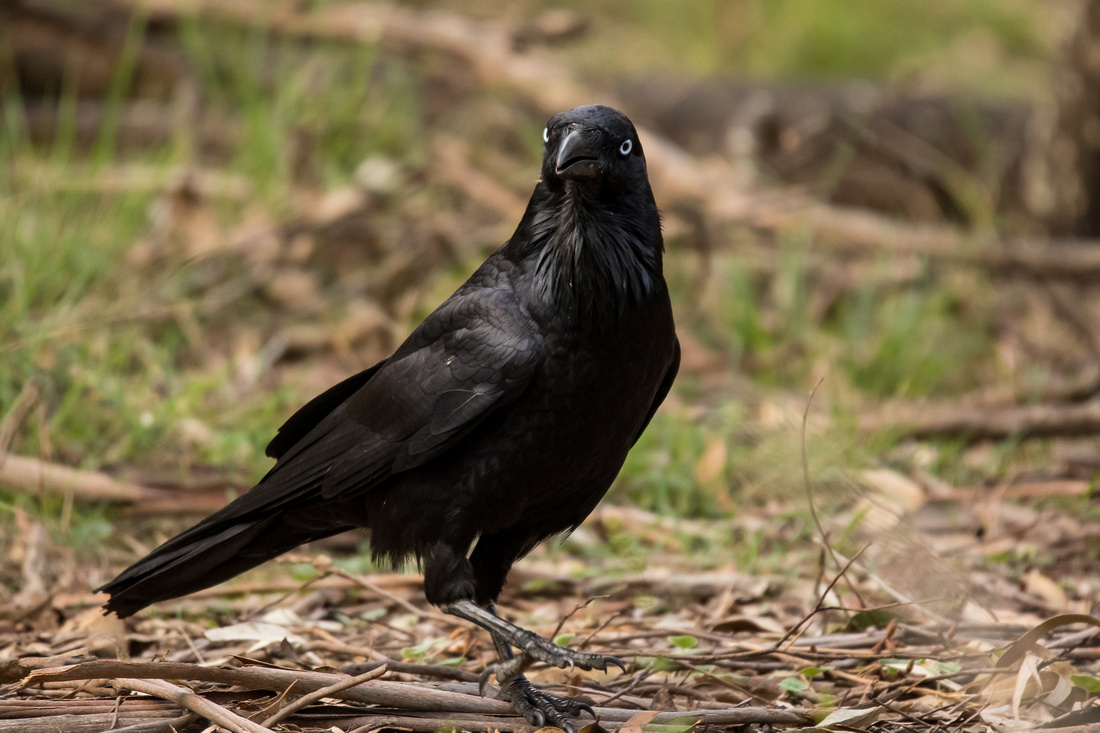 Thats it for this weeks round up of the shots for the week.

​Thanks for dropping by my blog, Be back next week.