This weeks blog is from the shots taken on Saturday, but in two locations for a change.

I started out on an walk in the local Dharawal National park supposedly for a guided two by one of the park rangers, after waiting half an hour after the time the tour was to start and with 20 other people waiting we decided that the ranger wasn't going to show up so we started walking on our own.

The first thing I cam across was these little pink wildflowers out in bloom, no idea what they are but  happy with the shot all with natural light this time so no flash used for once. 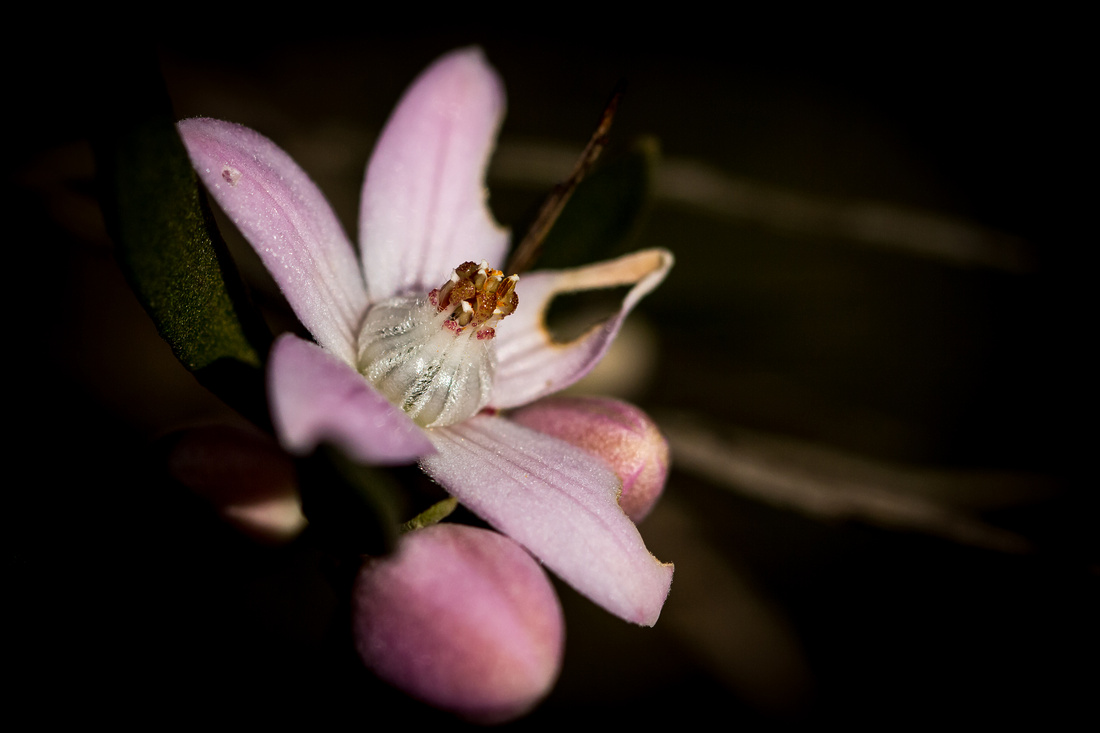 A Little further on we came across a wild flower know as Eggs and Bacon from the colours of the flowers, the bush was alive with these flowers and this was just a small sample of what was out there. 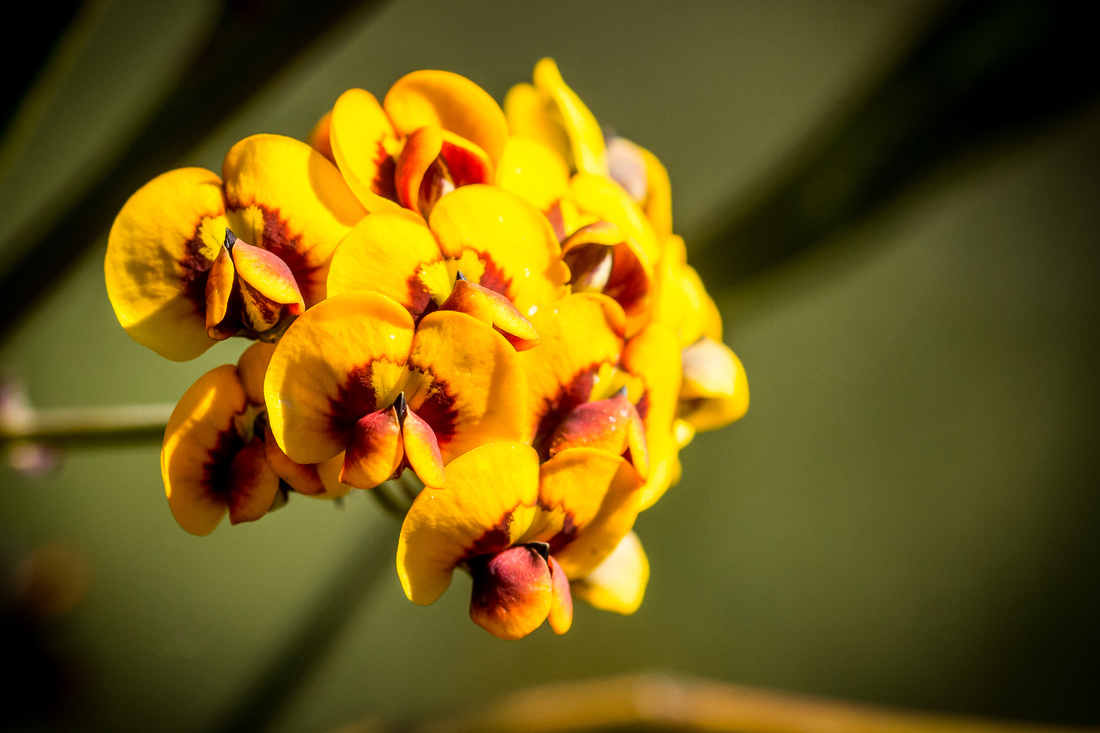 While I was taking the above shot a beec game by so the next shot was of the bee in the flower. 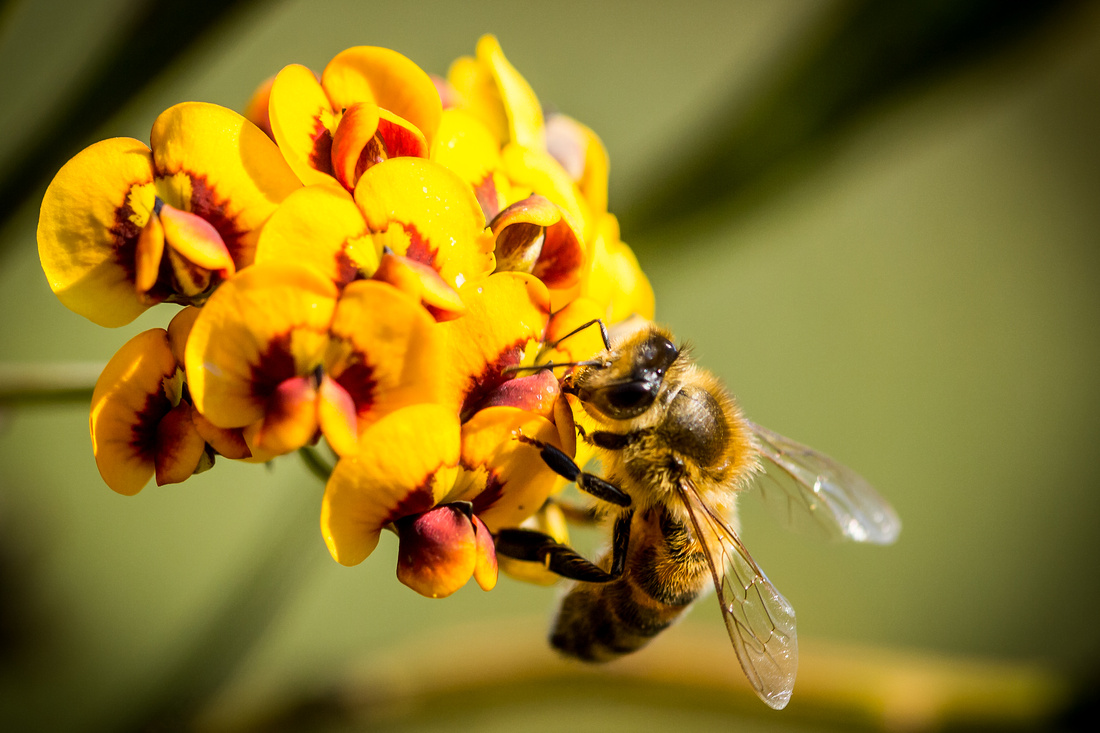 As we walked along the road there was a couple of these large ants, don't think I'd like to get a nip from these ones looking at the nippers on this one. 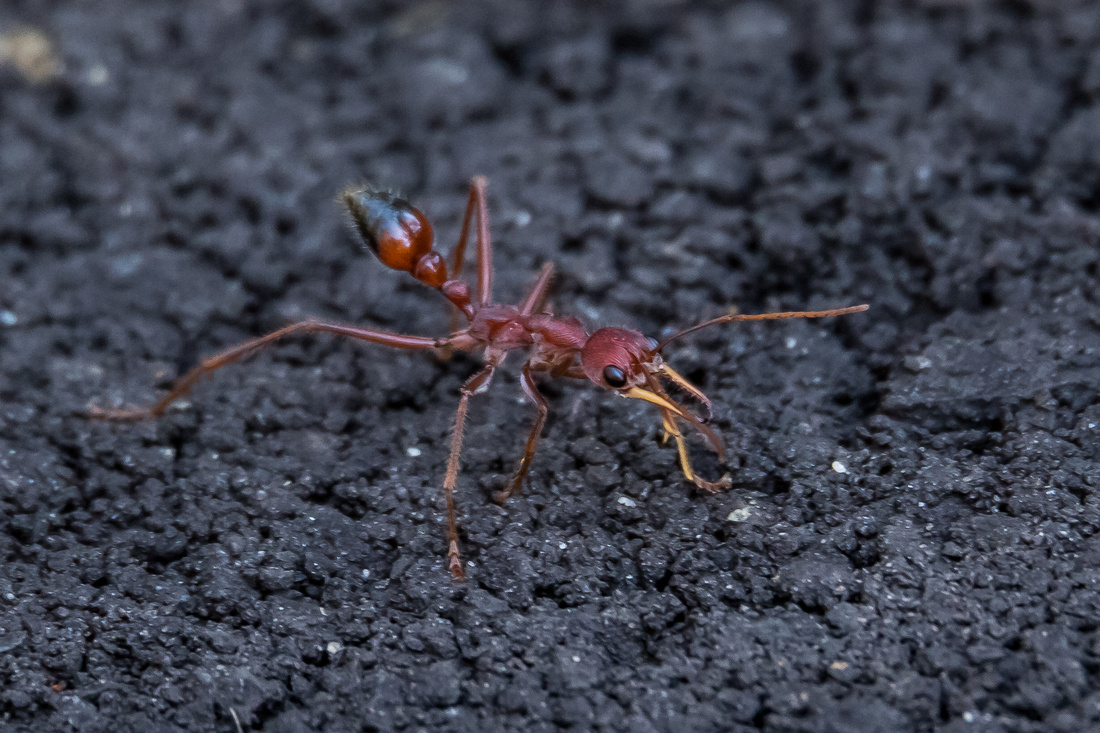 At the same area the ant was there was a flowering Grevillea which was covered in flowers. It was attacking a small group of New holland Honeyeaters to the flowers for the nector they have. 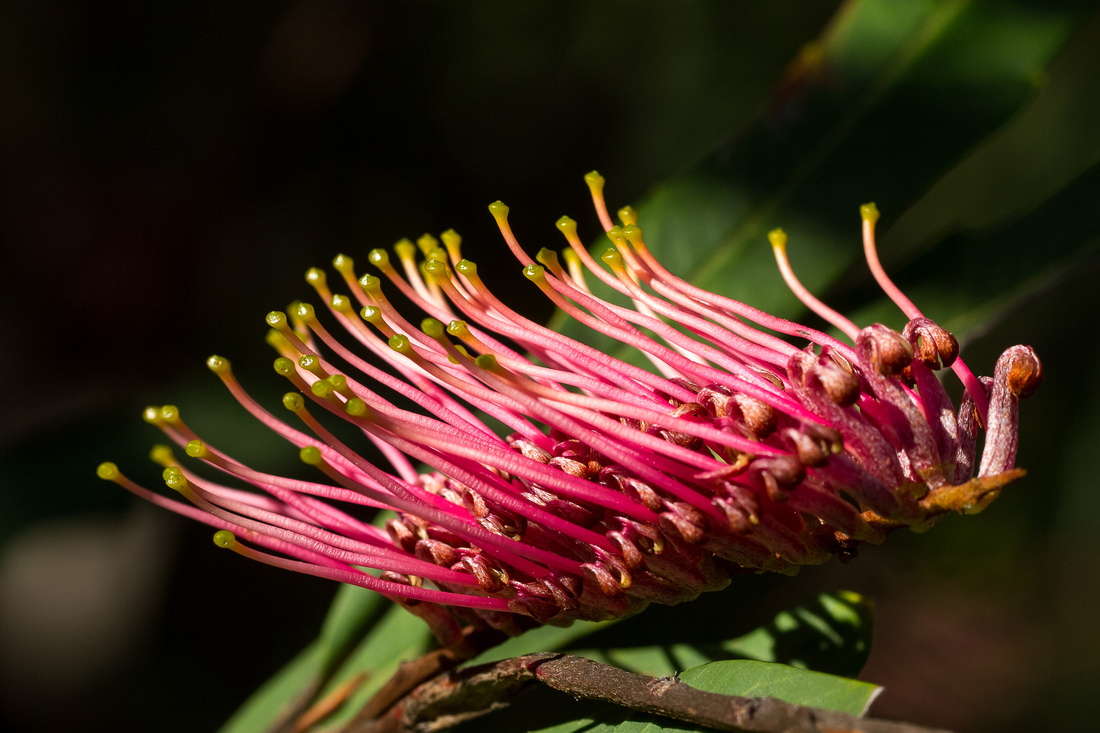 This shot shows one the Honey eaters at the flower. Very colourful ones these are. 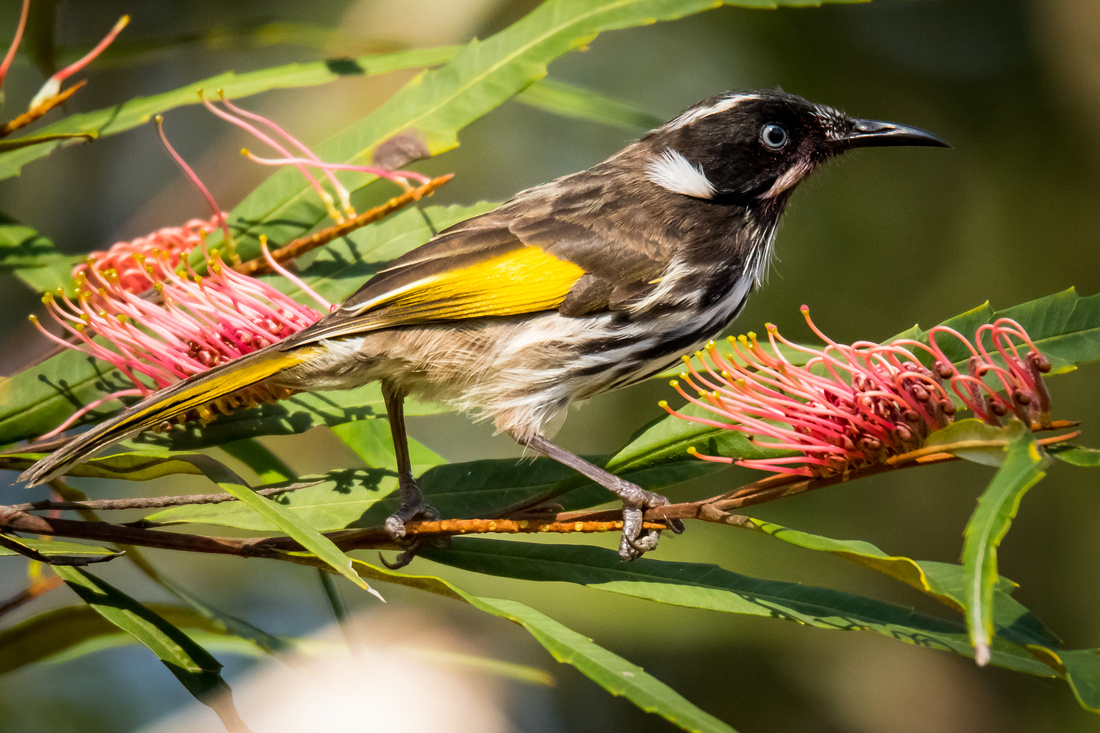 From there we left the national park and went home for some lunch after lunch I headed out to the Australian Botanical Garden's Mount Annan Where the next series of shots were taken. I try and find at least one mushroom shot each weekend but no luck this week. First week in quite a while where I had no luck. I still managed to find a few shots for the afternoon.

The first shot was of a Red bellied Black snake sunning itself beside a gum tree, these are one of the many poisonous snakes in Australia, best not to step on these. Further along I came across this male Superb Fairy (Malurus cyaneus) wren on the board walk as it was looking for insects to feed on.  These ones are pretty shy and you can never get so close to the males of these. 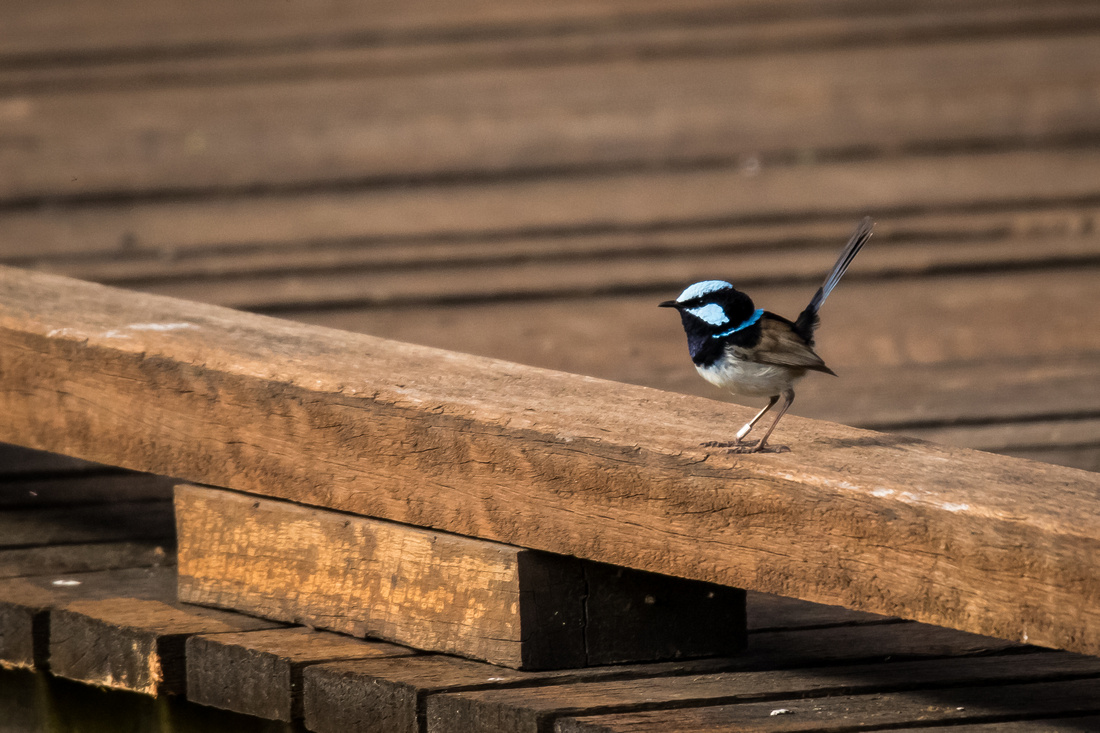 While looking for mushrooms the best I found was this Banksia cone laying on the bark no the ground so I set up the lights and managed this shot, for once I over processed the shot to see what could be done, something a little different still not sure how much I like this one, but certainly a little different for me. 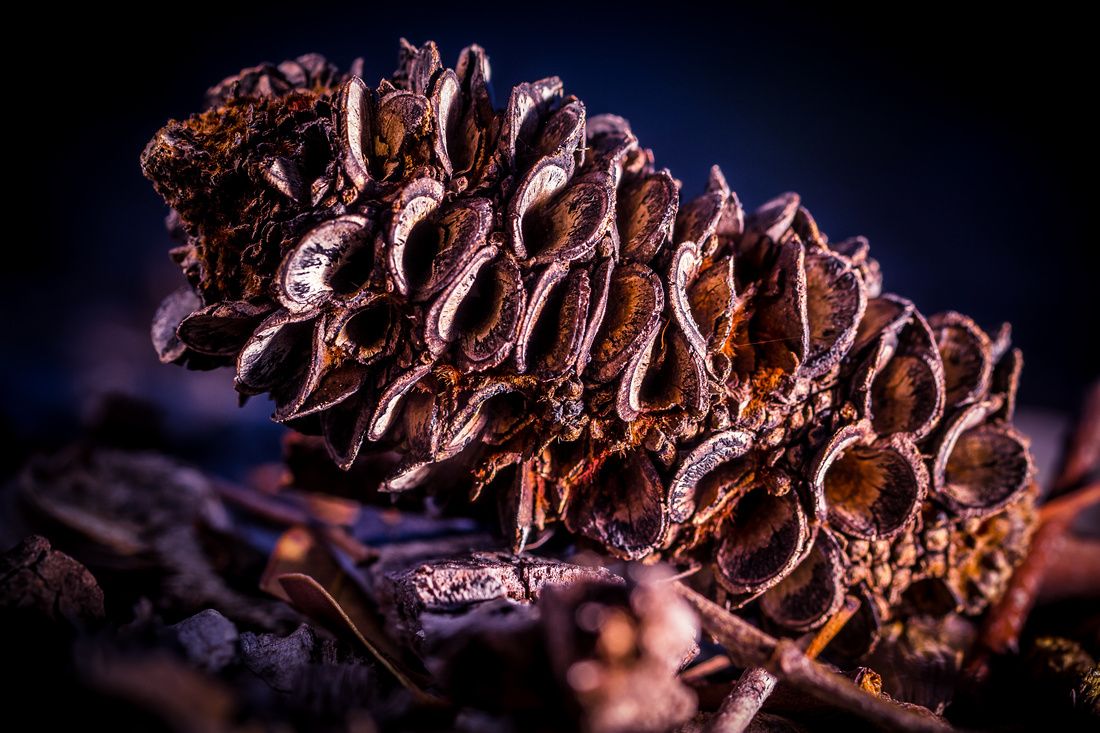 As I was about to leave for the afternoon I saw this Noisy Miner (Manorina melanocephala) testing on another Grevillea so I got these two shots here. 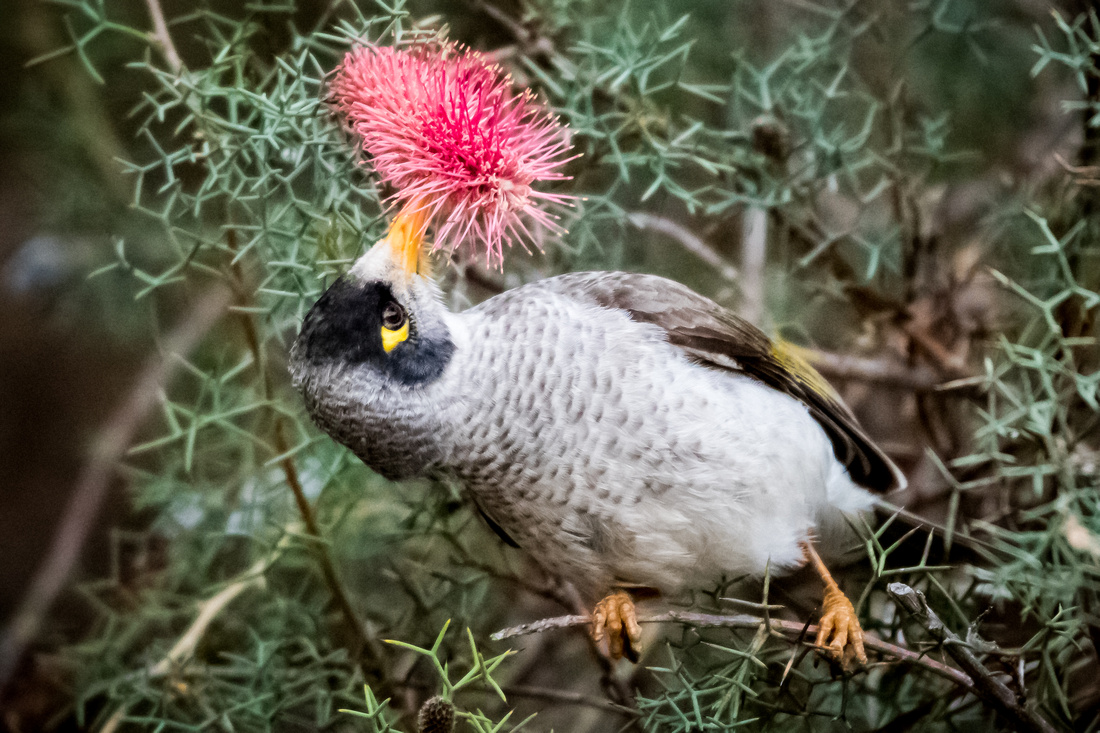 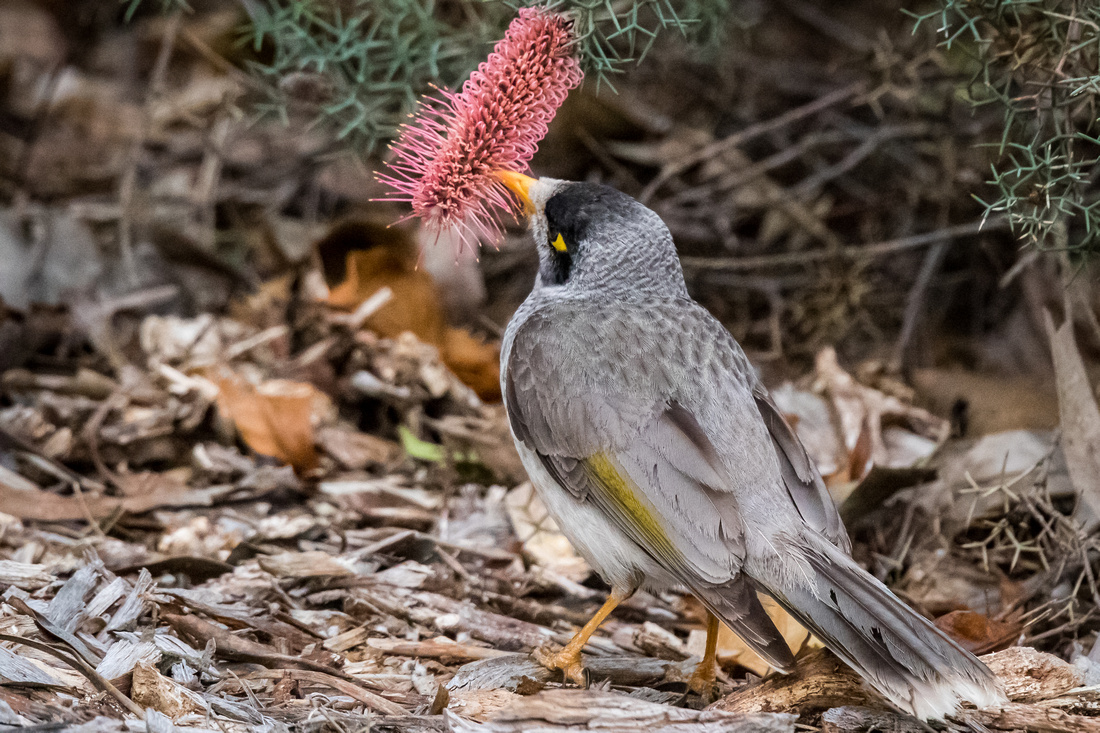 That was it for the day so some OK shots nothing to startling but some reasonable shots so all good.

Thanks for dropping by my blog, some more shots next week.