This weeks blog post is a walk thought of the shots taken last weekend at the Australian Botanical Gardens, Mount Annan.

A Bit of a mixture this week in shots. starting off with a Willie Wagtail (Rhipidura leugophrys) in the grass opposite the plant bank. This one was collecting nesting materials and seamed to be heading to the sheoaks beside the small dam there, So I'll have to keep an eye out there for the future. 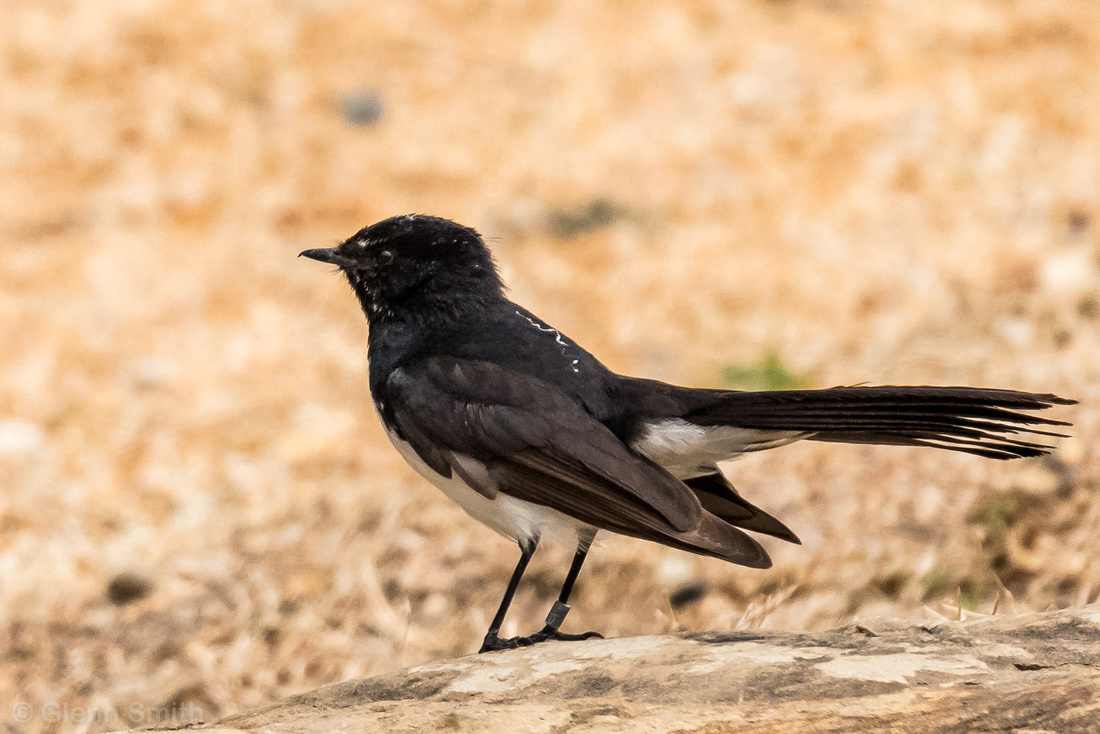 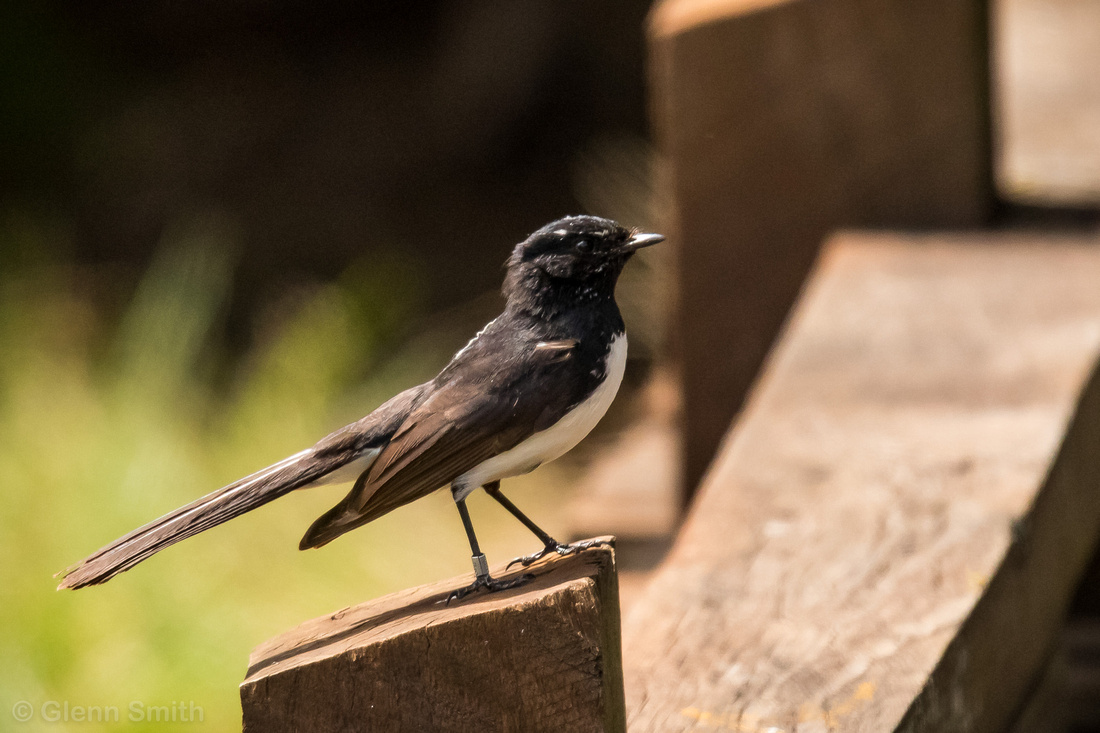 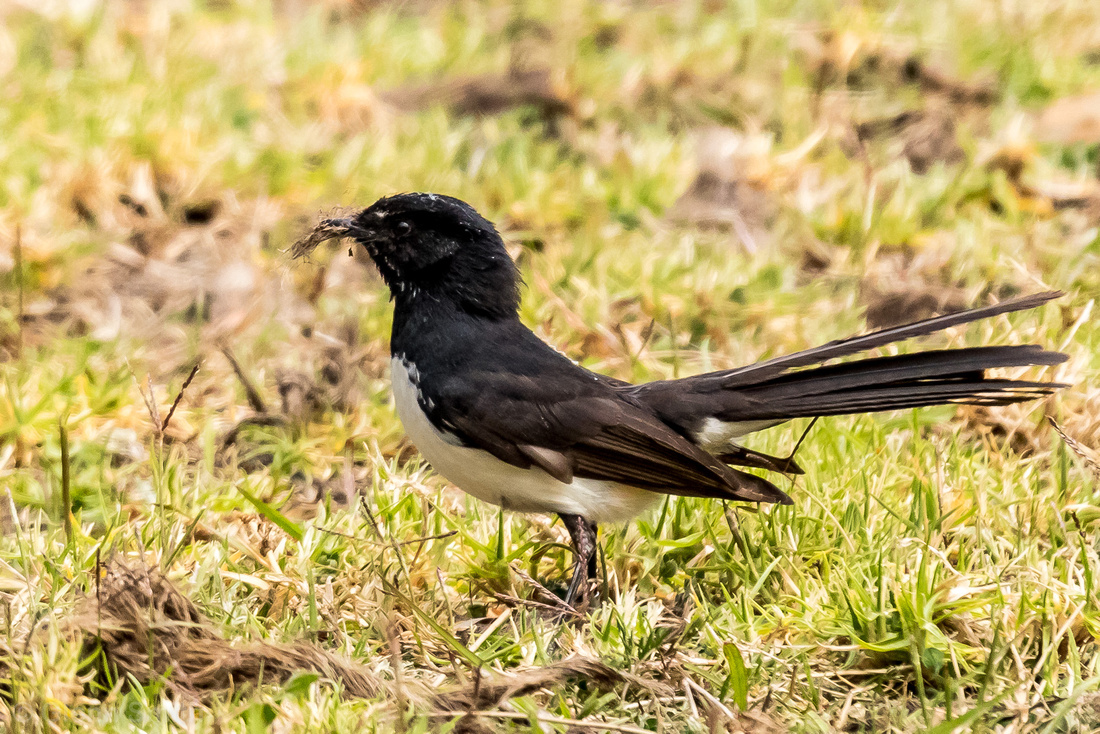 Then walking along to walkway beside the cannel I eventually came to the clearing where this Eastern Rosella (Platycercus eximius) was sitting along with a small flock of them, this one is the only one that stayed its ground, the rest took of and this one didn't stay to long. 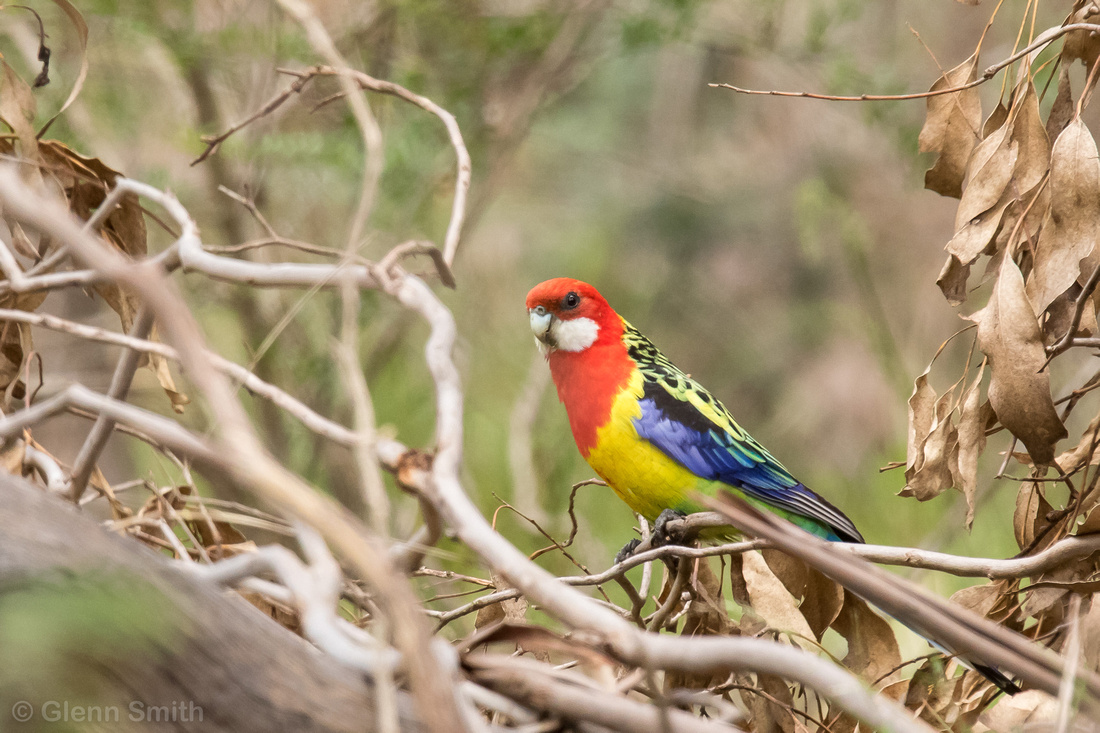 Heading back to the car I spotted the Long Billed Corella (Cacatua tenuirostris) playing Peek-a-boo in its hollow. 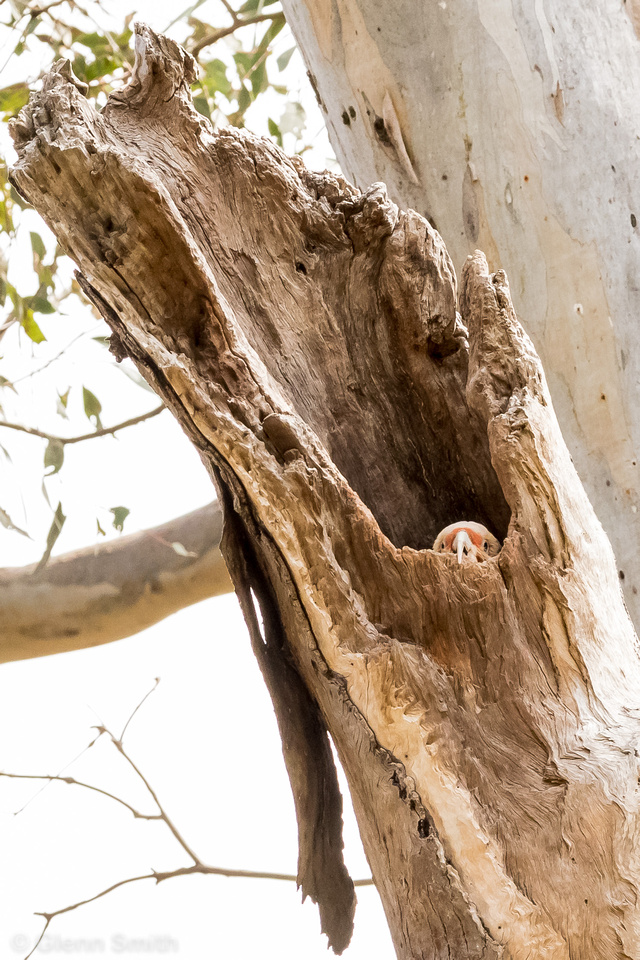 From there I drove up to the connections gardens where I spotted this Pied Currawong (Strepera graculina)  on its nest its mate came by and passed over some food to feed to junior, which you can just make out the orange been in this shot, the afternoon got a bit windy here so the nest was moving in and out of shot and in the dark environment of the understory not the best conditions for this shot. 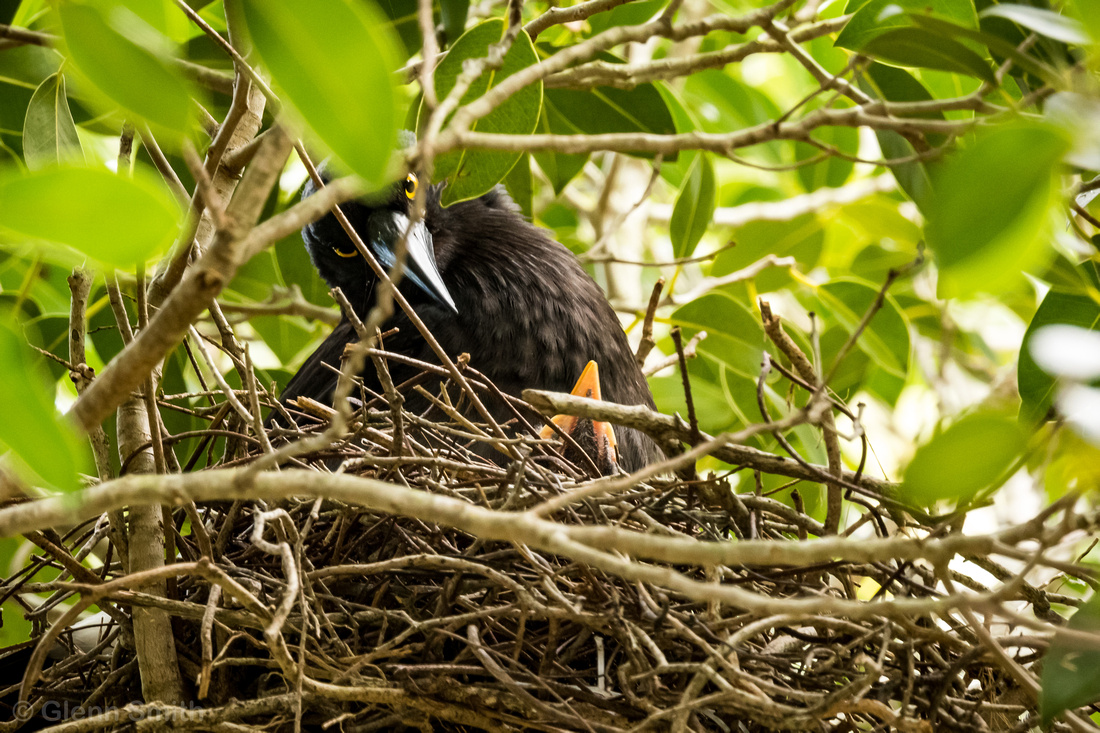 With not so many shots under my belt for the week and wind picking up I tried a detail shot of this tree fern frong. Hand held, using my normal mushroom set up, Canon 60D with 100 mm f2,8 L Macro lens. (No flash used this time) 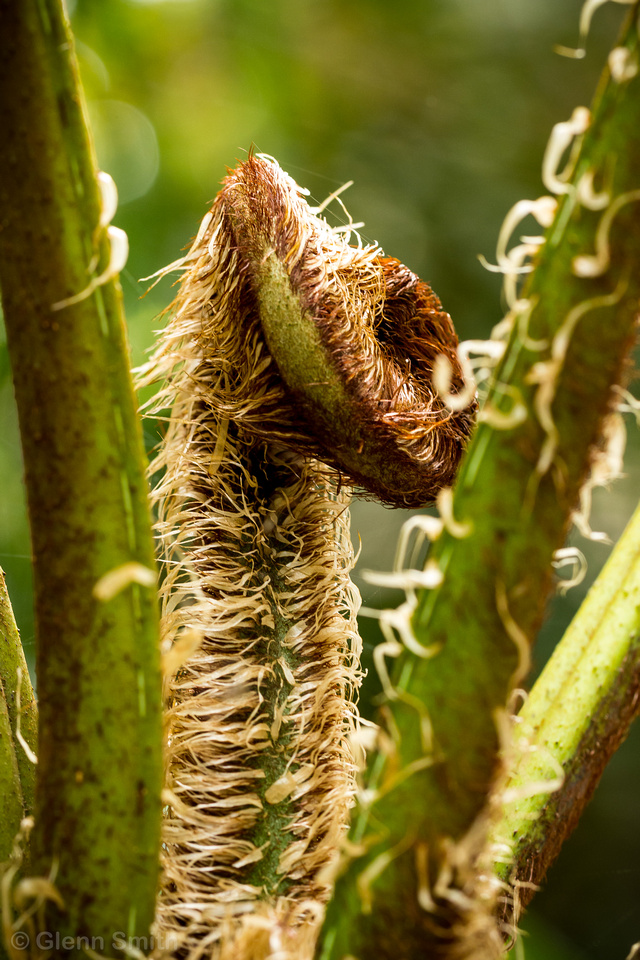 This Red Wattlebird (Anthochaera Carunculata) was doing a spot of feather maintenance. No doubt the off feather was out of place from the wind on the day. 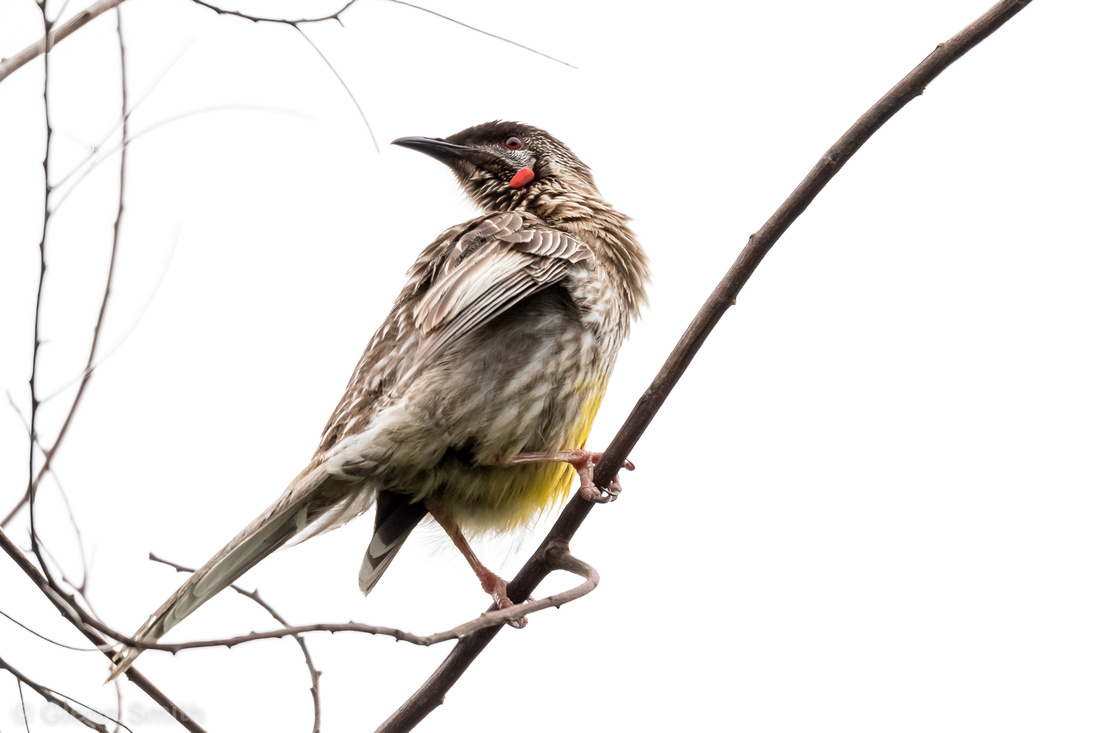 The Western Austrlian Paper daisies are starting to come to an end now, so think Last week end was the pick of the days for these, this year, the wet weather easlier on in the year when the garden bed was all but washed away took its toll this year on the display. 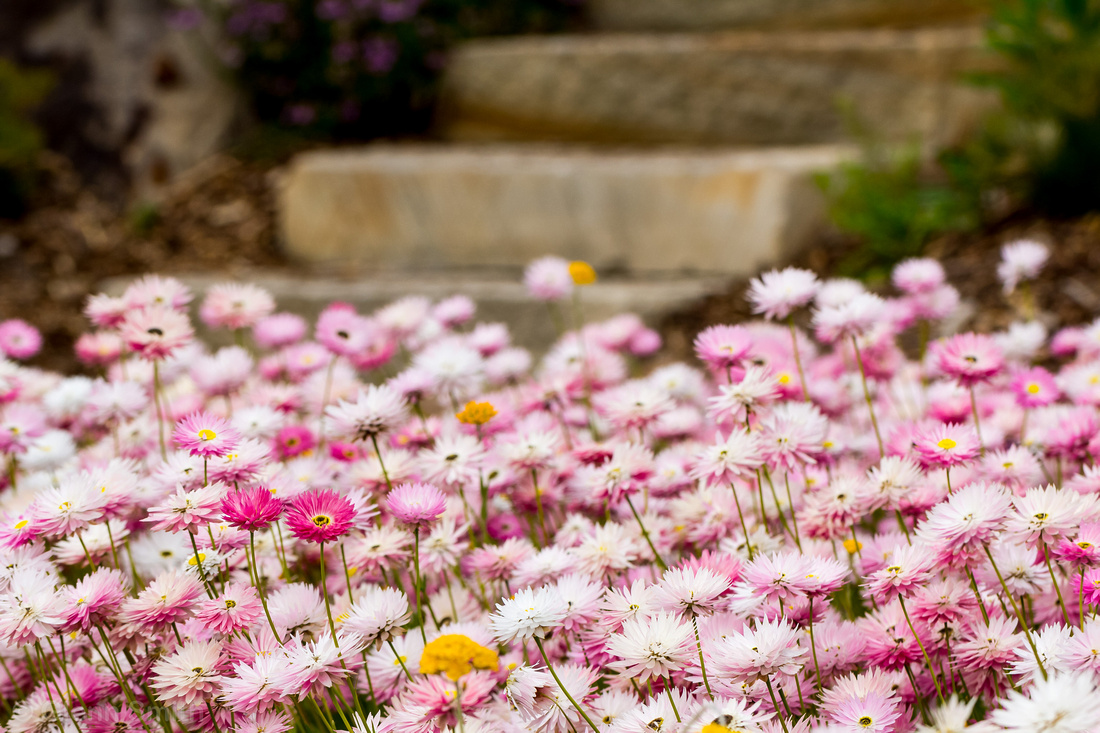 The last few weeks I've taken a few shots of the white Waratah this week it was the more common reds turn to flower so this is shot of the red Waratah. This shot was taken with the Sigma 150 to 600mm sports lens a bit of over kill but thats the set up the tripod was set to so easies to get the shot with. In this case I did use the flash so was able to underexpose to get the black background and only light where I wanted with the speedlite. 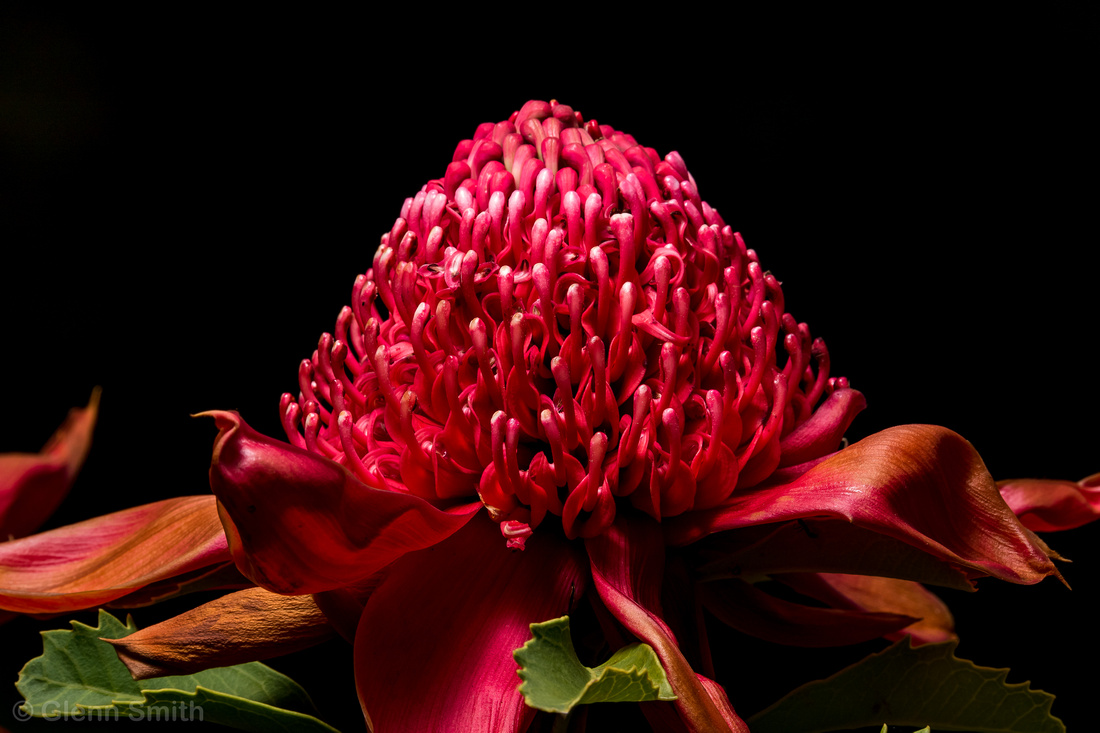 ​This last shot for the week at the start of the car pard was the stem of a grass tree, so you can see that the spike is really a host of tiny flowers, no wonder last weeks lorikeet was interested in one of these. 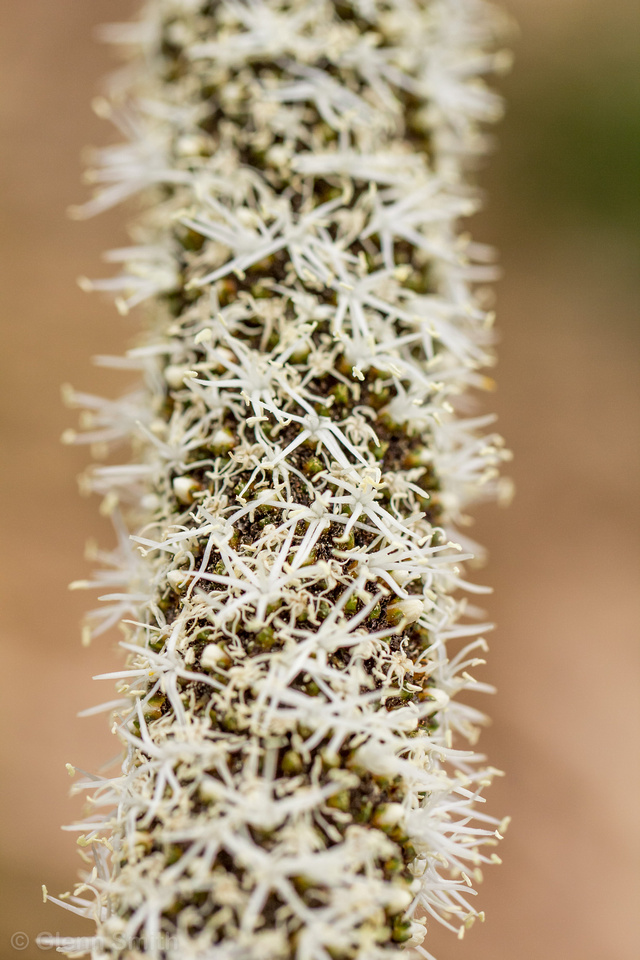 Well thats it for this weeks shots from the Australian Botanical Gardens, Mount Annan.

Thanks for dropping by my blog, some exciting news coming up here in the coming weeks, so stay tuned.