G'day welcome to my blog, or welcome back if you a regular reader.

For those that read this blog regularly you might be interested to know the last week there were readers from Russia, the United States, Australia, Sweden, Germany and the United Kingdom. With Russia topping the number of views this week.

So as usual this weeks blog will be a look at the shots I managed to take last weekend in the Australian Botanical Gardens, Mount Annan.

This week I ran my first photography workshop in the gardens, a Bird Photography workshop with nine participants, so a nice number for a first workshop. A great group of people with varying levels of skills. The weather was good for the day not to hot, and no wind, bright light so good for the faster shutter speeds so a good morning for Bird photography, all we needed was the birds to show up.

The Workshop started with going over some settings for Bird shots and how to get the best focus using a few methods, there was also a morning tea provided by the Melaleuca House. 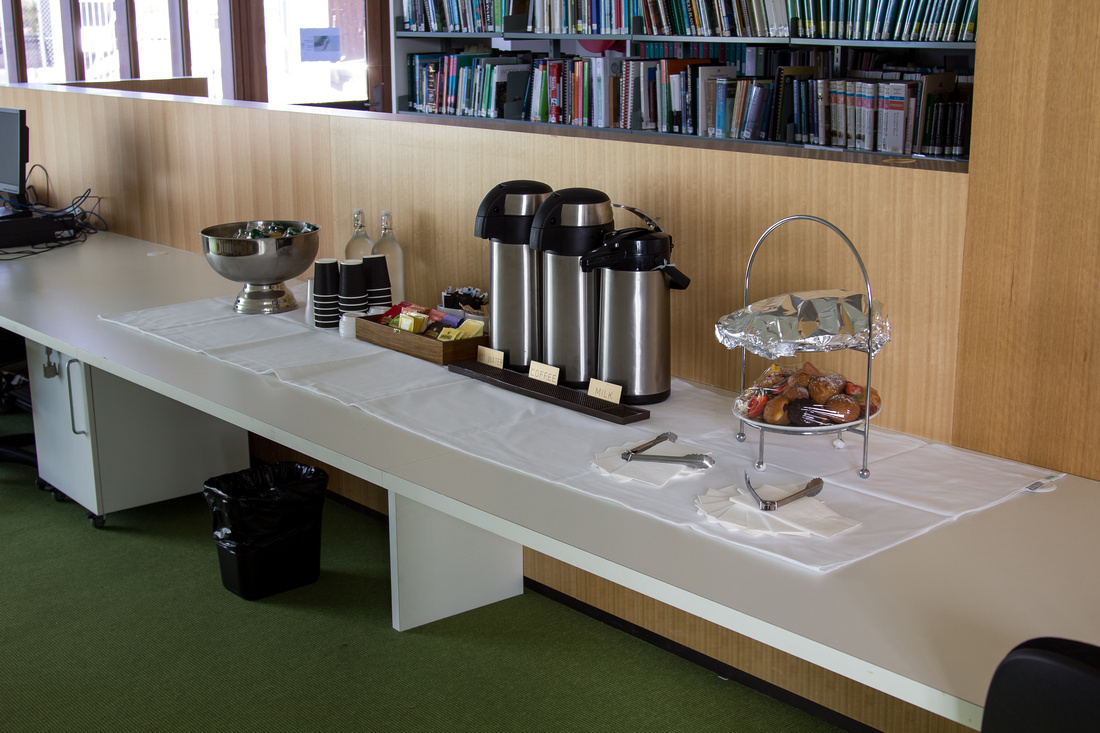 The last few weeks I’ve been going over the walk each week working out where the birds are and out first stop was at the tree shown in the last few blog posts, however this week not so active, after the last few weeks a bit of a disappointment for me, we did manage to find a few Striated Pardalotes, but the Galahs and Corellas were not showing their faces in the hollows this day. So we moved off along the walk into the woodland. AS we started down the path a blue tonged Lizard was making its way along the path towards us, well it was till it say a group of photographers with long lenses and decided it wasn't somewhere it wanted to be. 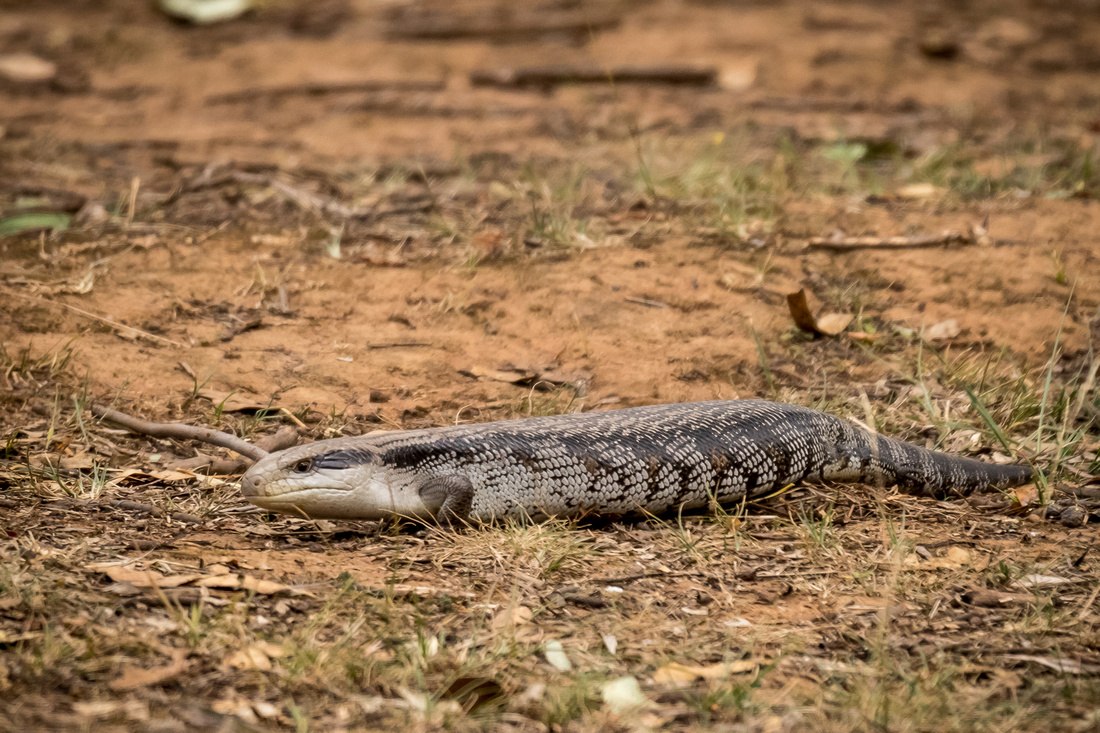 There we got lucky and managed to get a few shots of a Channel-billed Cuckoo. (Scythrops novaehollandiae) This one was into the woodlands a bit so not the cleanest of shots but still something different, so the morning improved from the first disappointment. 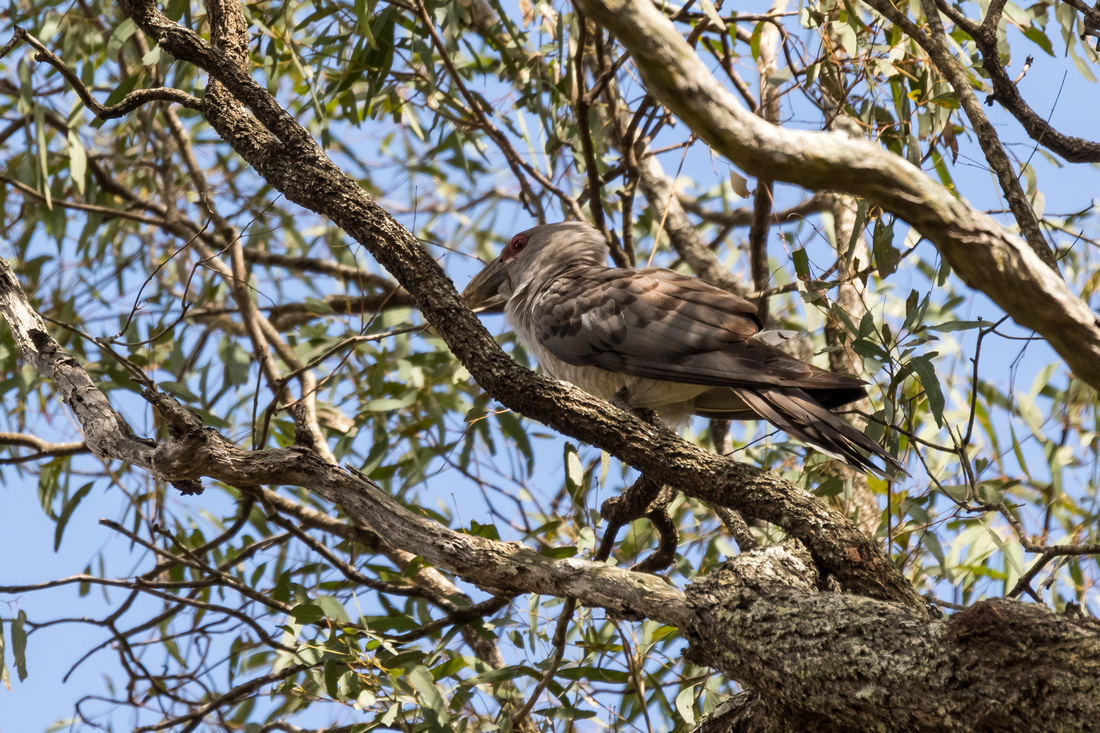 We continued along the path to the next large Gum tree with a hollow and this one for the last few months has had a Corella in residence in the hollow, again not this time. So the two places I pretty much was assured there would be some stationary birds to shoot to practice on turned out a blank.

From there we crossed the road and stopped at the small dam there for a group photo and spotted a little pied Cormorant in the trees on the other side of the bank of the dam.

After a few shots there we moved down towards the stolen generation memorial area, where there is always plenty of bird life about as its one of the usual water locations in the gardens.

This is where last week I found the Scarlet Honeyeater, and again there was a few about so quite a few got some shots of these here.

From there we started to make our way back to the plant bank with a few stops along the way.

At one stop a Kookaburra was in the trees after it had caught a mouse so a few got shots with the Kookaburra with the mouse in its beak.

From there we stopped briefly at the dam opposite the plant bank to see if there was anything interesting there, a couple of young Dusky Moorhens about, that was about it on the day. Then we made our way back to the room for a wrap up of the morning, so for a first up workshop a few disappointments from my side, regarding the birds co-operating but still some good opportunities and everyone said that they gained something from the morning so It seemed to go well. We’ll see where it goes from here.

After the Photography workshop I went back out into the gardens to get some shots for myself, I ran into a few of the workshop participants so we did some more shots.

First up I managed to capture this white faced Heron (Egretta novaehollandiae) in flight as it took of from the Dam opposite the plant bank. (Now they come out after the workshop.) 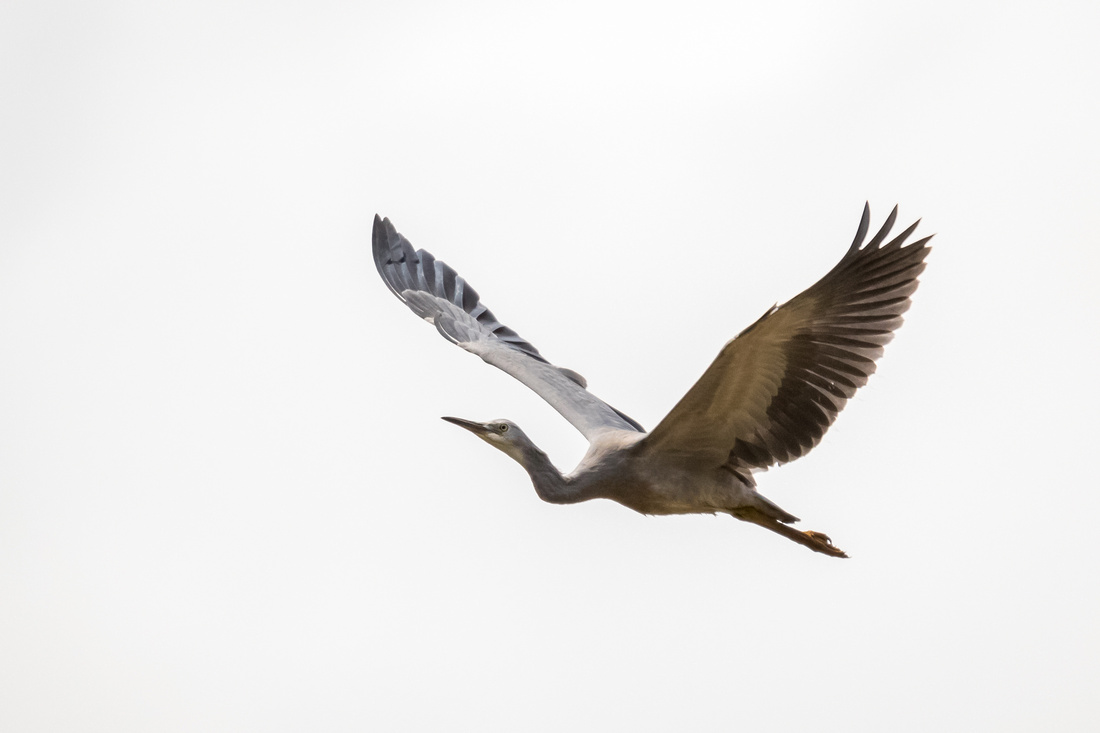 Then I saw this Lace Monitor Lizard as I was walking long the side of the dam, Well actually a Willie Wagtail pointed it out to me they don't like these about, most birds set of their alarm calls when these are about and I've seen them be moved on by Cockatoos who don't like the thought of these raiding there nests for eggs. 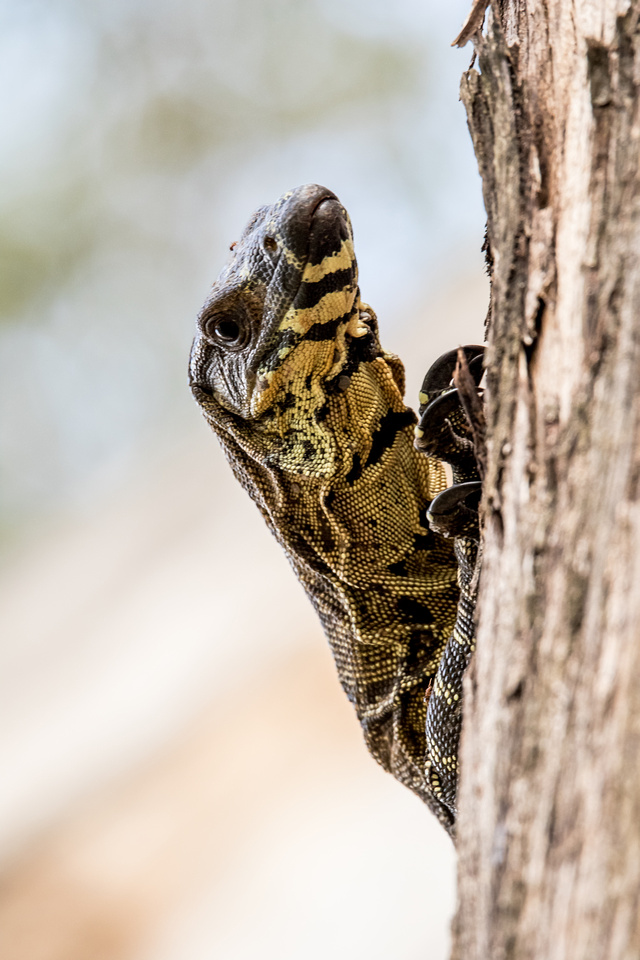 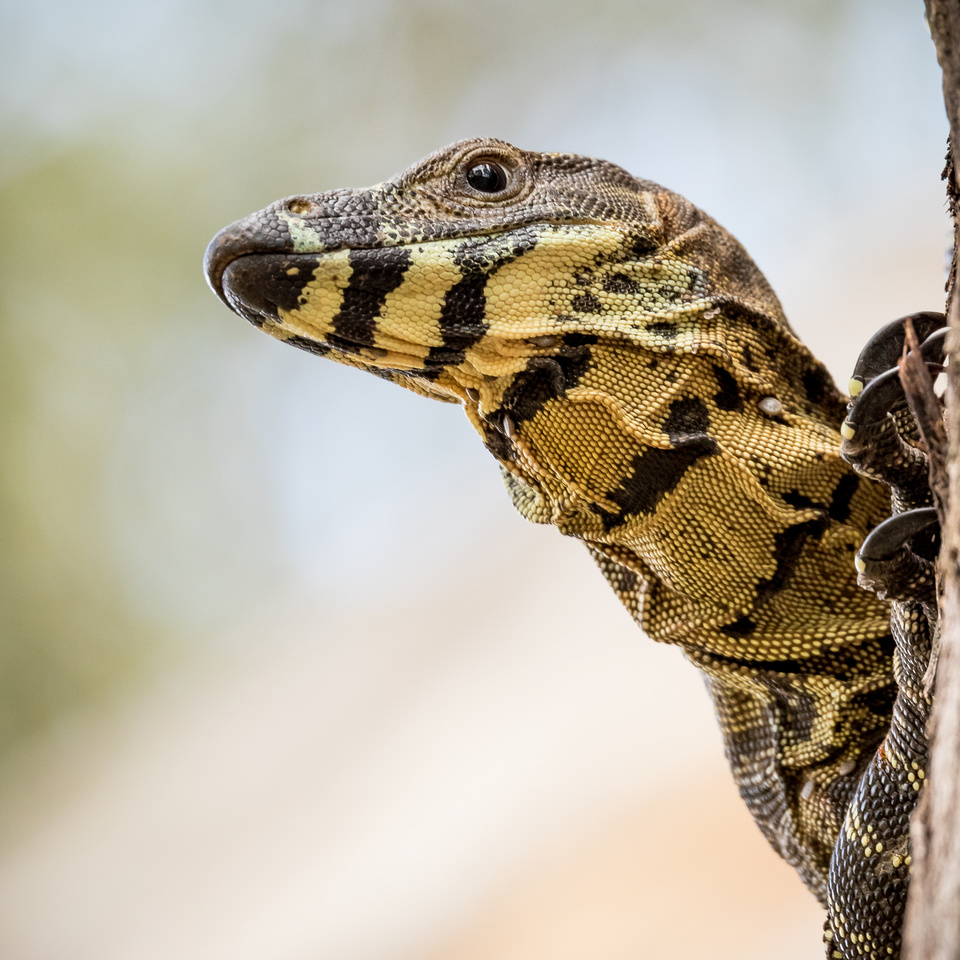 Its here I ran in to the first of the participants after the workshop, so they both got a few shots of the monitor up the tree as well.

While we were shooting the Lace Monitor a Purple swamp hen (Porphyrio porphyrio) was sitting in a tree, usually see these in the edges of the waterways in the gardens not so often up the tree. So something a little different. 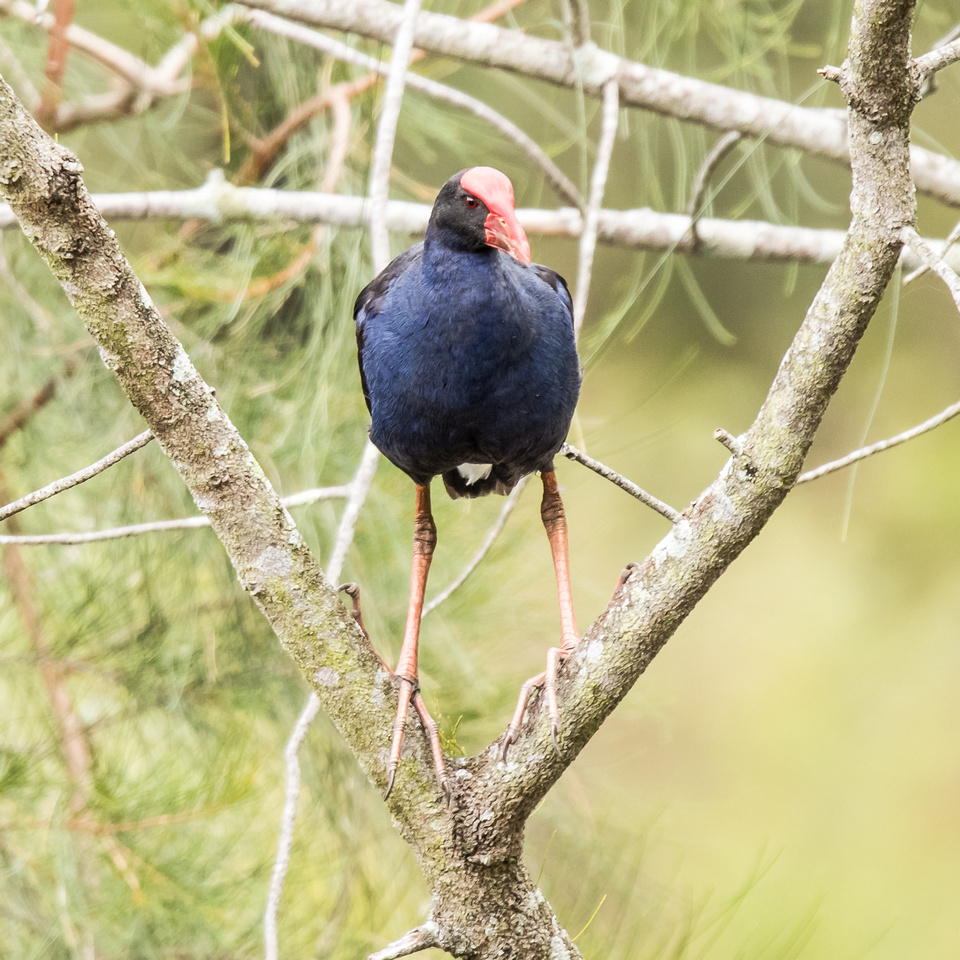 We moved back along the path and the Scarlet Honeyeaters (Myzomela sanguinolenta) were about so I managed a few better shots than last weeks shot, still not happy with these yet so still need to get a good one of these. 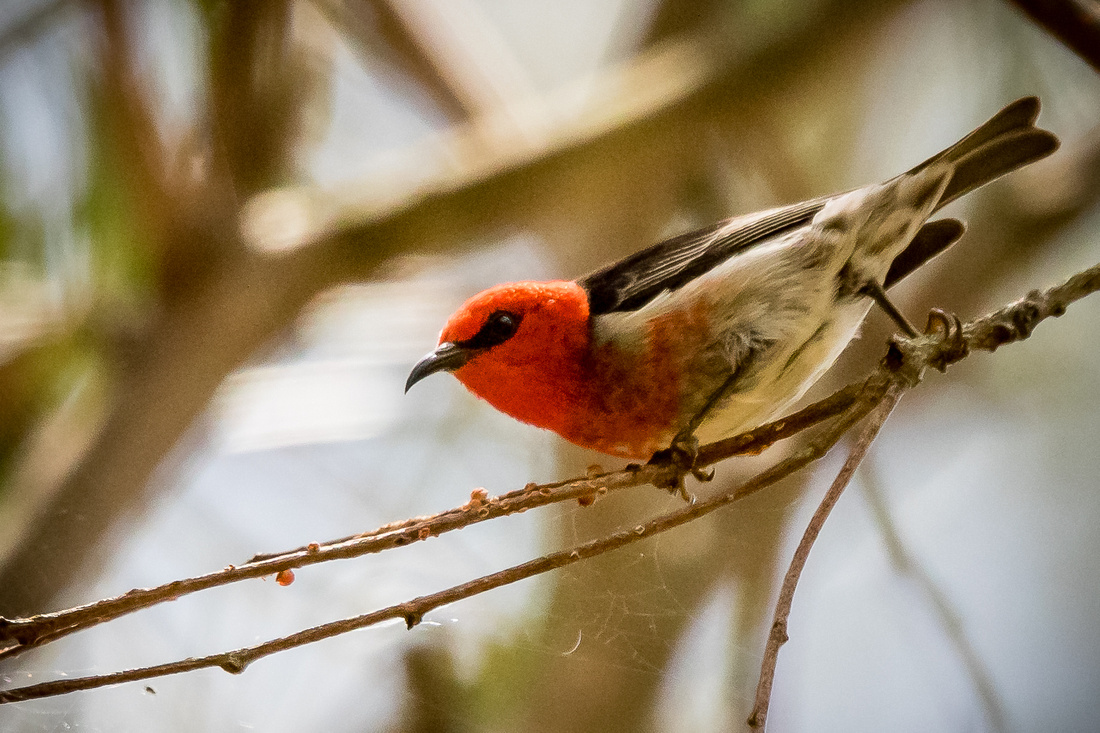 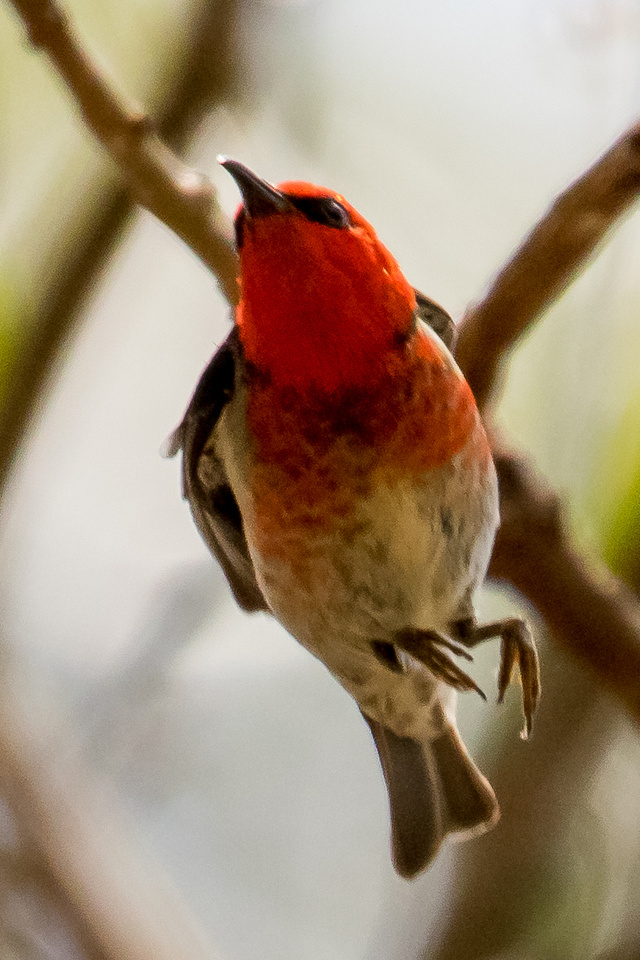 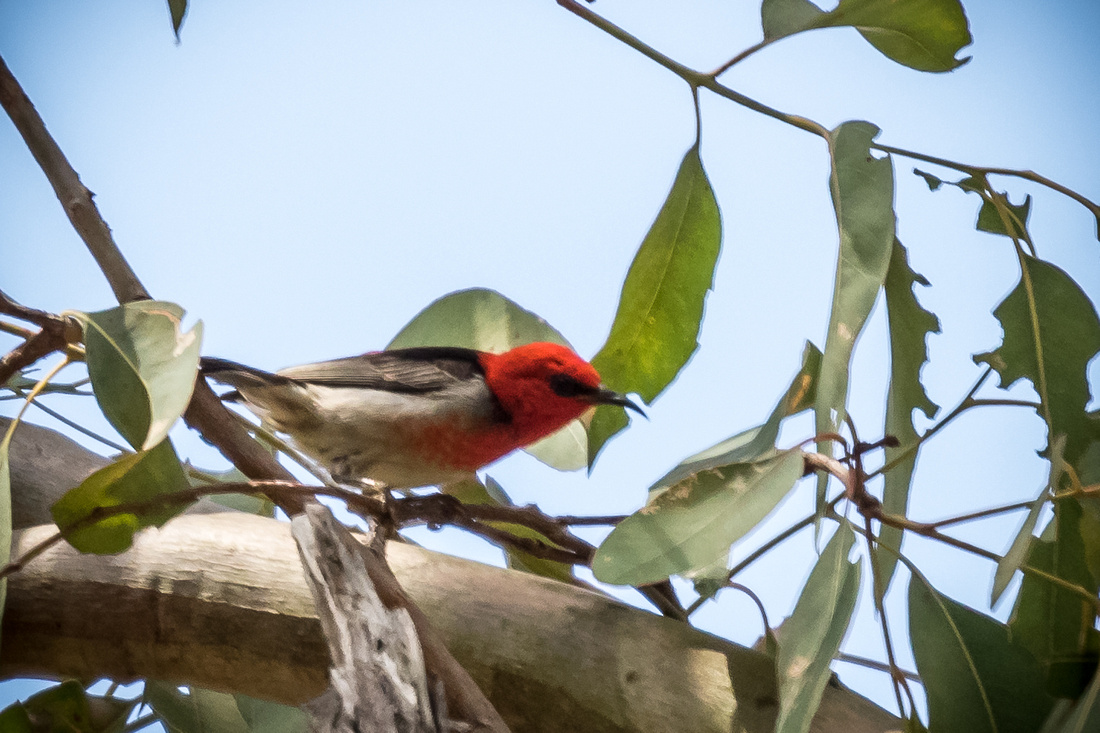 From there I moved back along the path and found this Yellow faced Honeyeater (Lichenostomus chrysops). 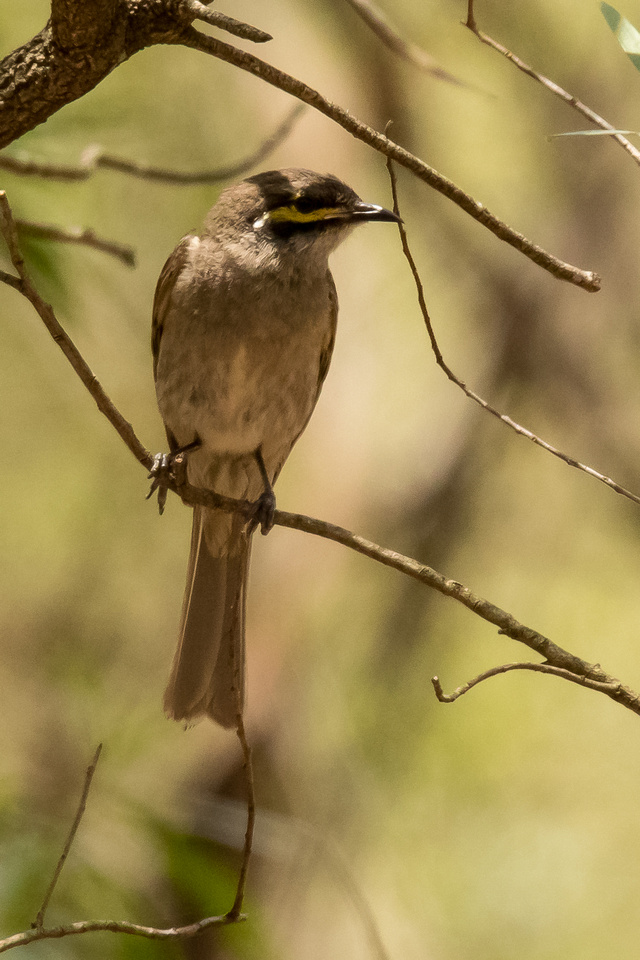 I did go back to the hollow beside the road and just to rub it in the Long-billed Corella was back at its post guarding its hollow. I was happy to run into one of the other participants there as well so at least one found out that I was telling the truth there. 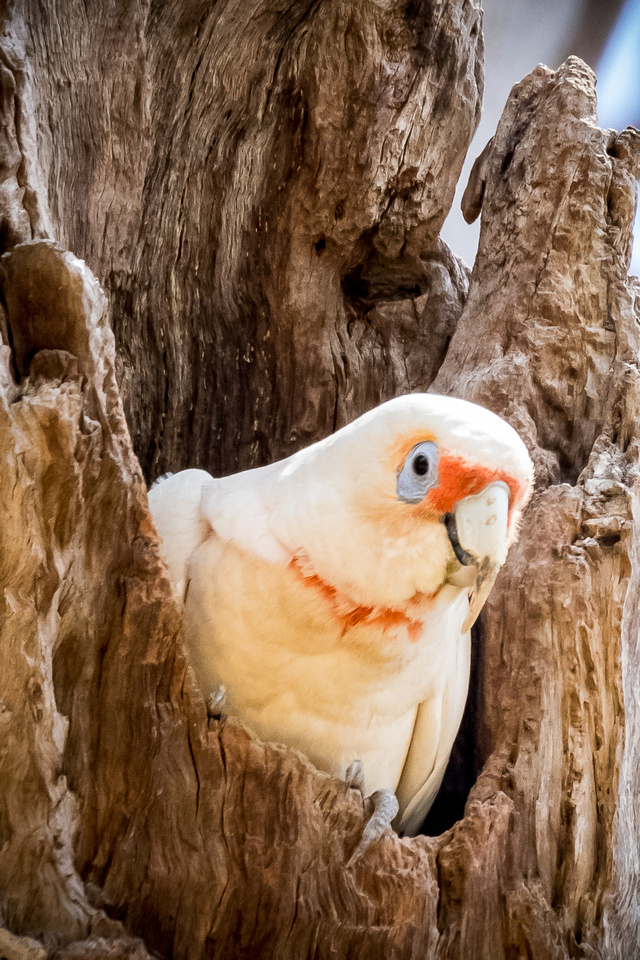 Last up for he week this shot of a Red-browed Finch (Neochmia teporalis) Just watching the world go by. 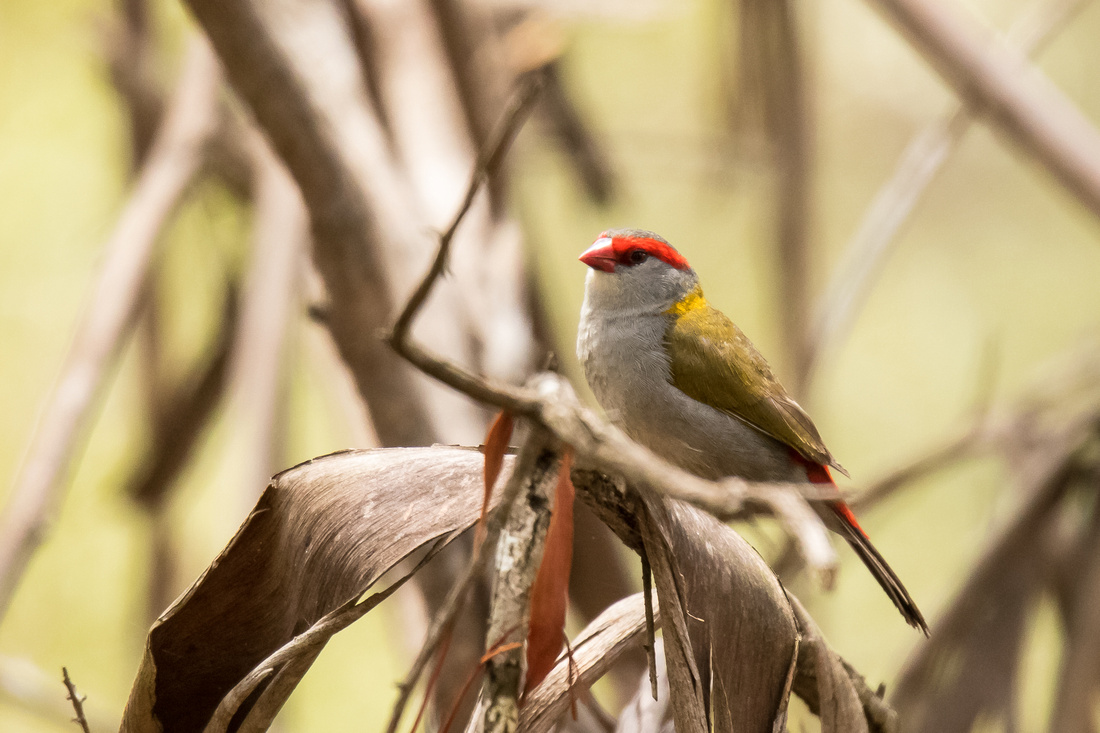 So that wraps up this weeks shots from the Australian Botanical Gardens and a run down on my first photography workshop. With luck there will be more in the coming year.

Thanks for dropping by my blog this week, feel free to leave comments in the comment section of the blog post, good to see its getting a global reach.

I'll be back next week with more.