This weeks blog post is a a walk thought the shots taken this weekend in the Australian Botanical Gardens, Mount Annan.

Next Saturday morning  (10th Dec) will be my first photography workshop held in the gardens and I did a trial walk through this weekend of the walk we'll be taking in the gardens. So the first set of shots are shots taken form the walk we will be doing then later on I went a little further and got a few extra shots for the week.

This first set of shots is taken just near the plant bank, a small group of gum trees with several hollows has a lot of interest. This first shot shows a Rainbow Lorikeet (Trichoglossis Haematodus) at a hollow a few minutes before a Red-rumped parrot came out of it. 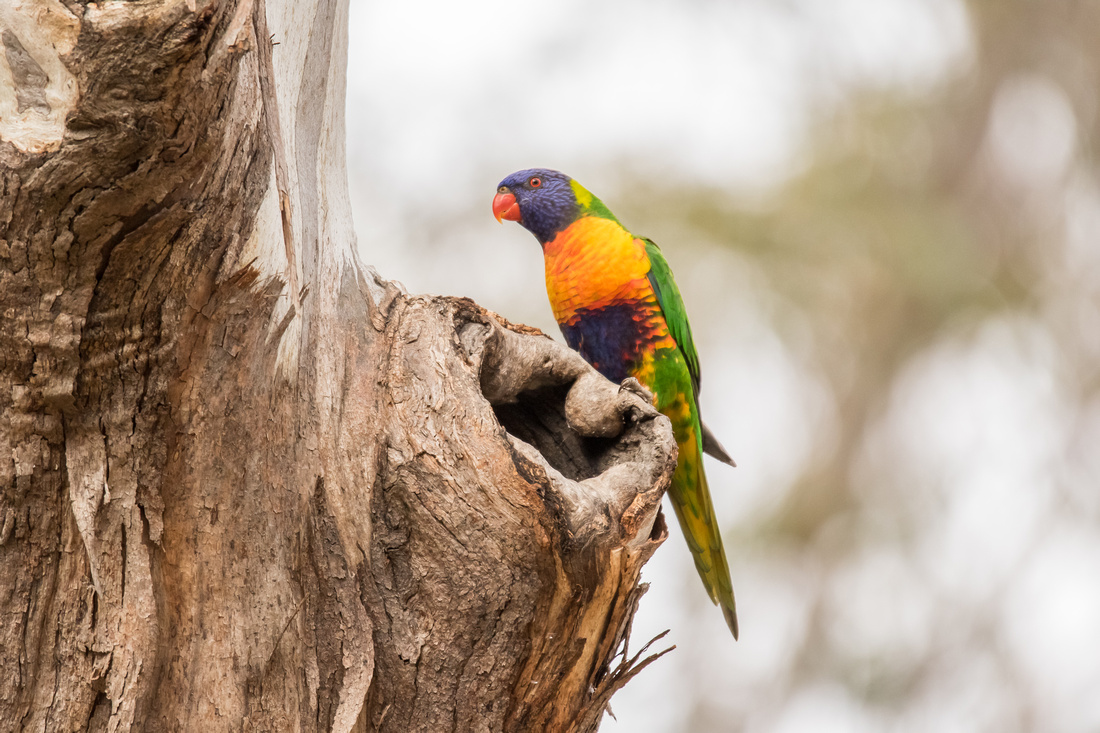 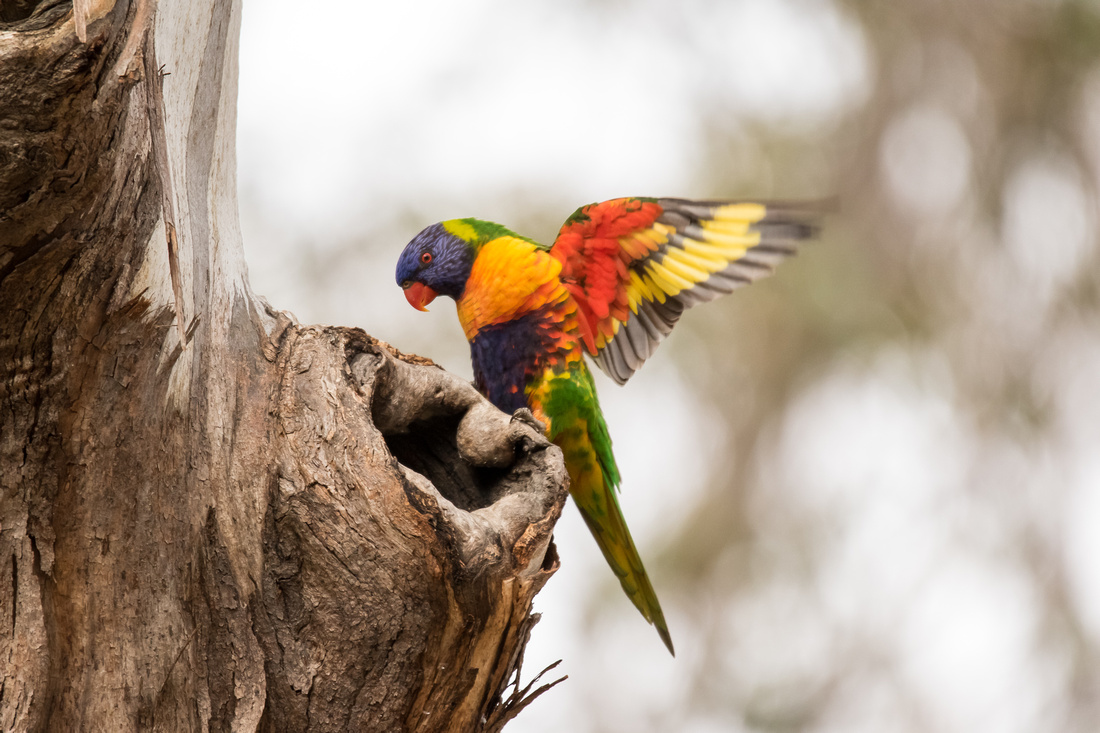 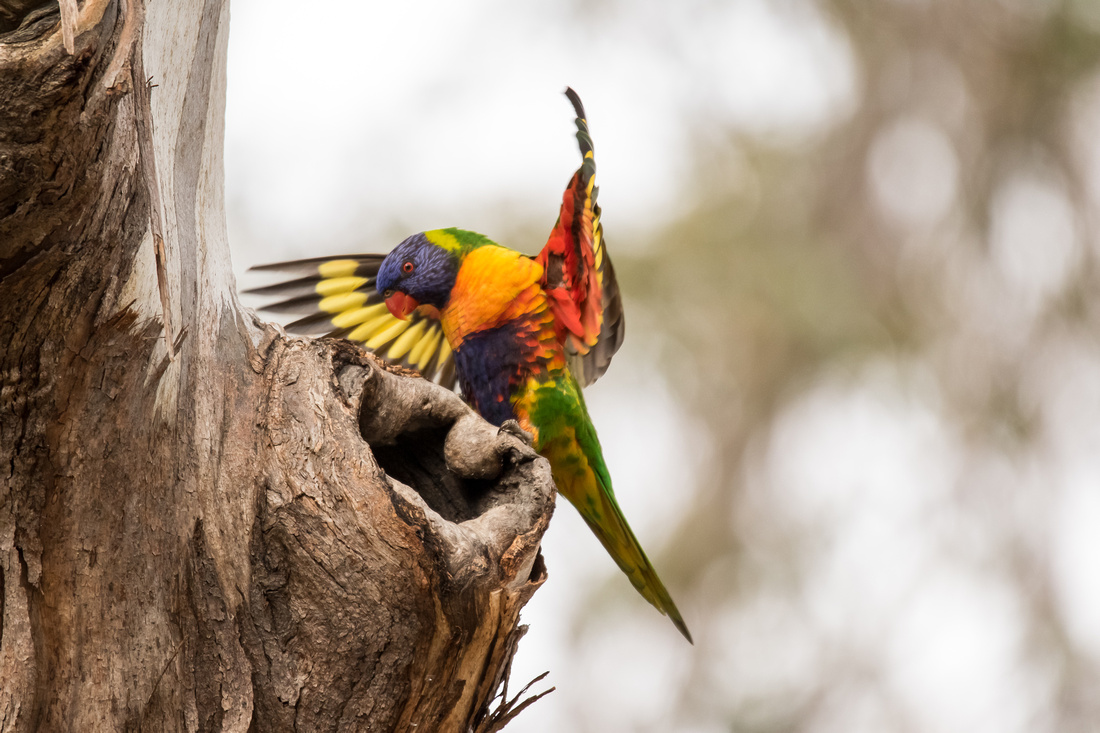 This shot shows a pair of Rainbow Lorikeets investigating a different hollow in the same tree, this one is the home to a pair of Galahs and their young. 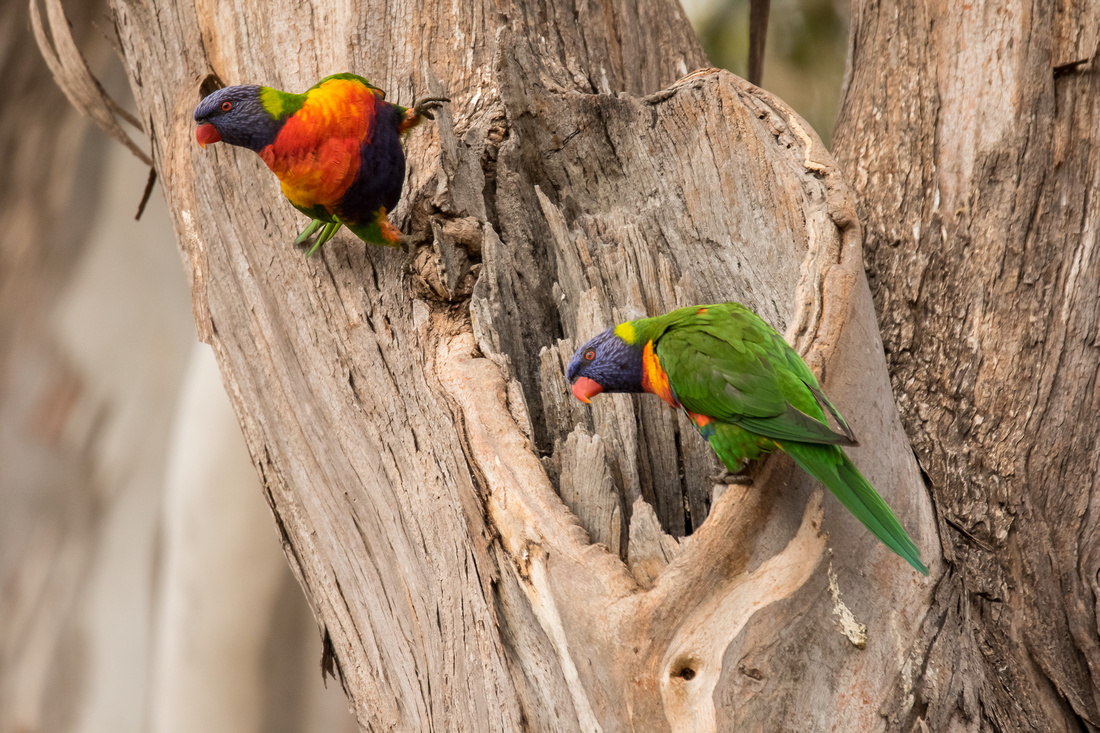 This shots of one of the Galahs (Eolophus roseicapilla) standing watch. 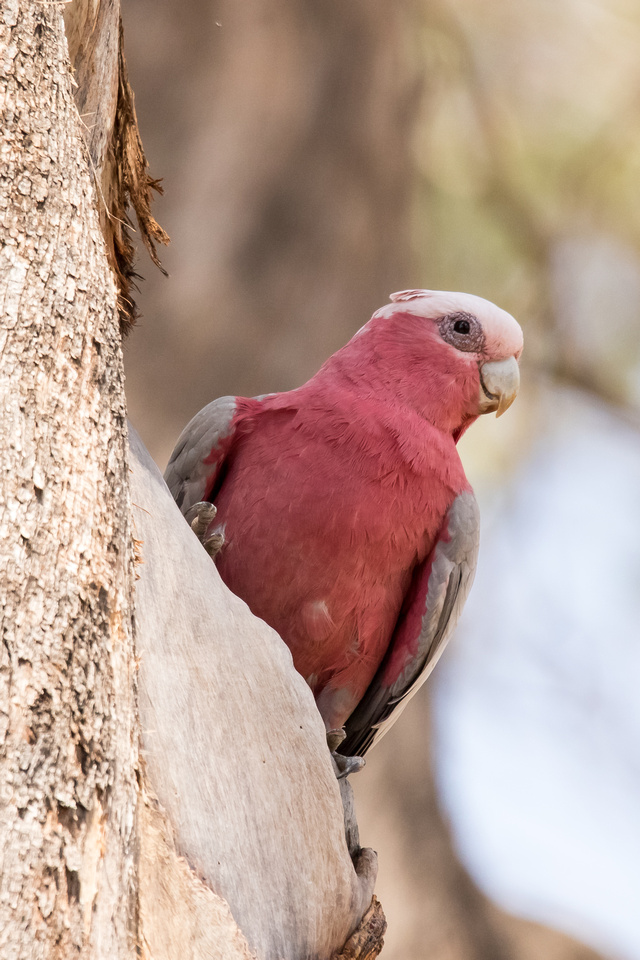 Opposite these trees is the woodland area of the gardens with Cumberland plain woodland. This shot of an Australian Raven (Corvus coronoides) was taken from the trees looking in tot her woodland through the trees, The bird was a fair way off so this one’s pretty heavily cropped so starting to lose the quality in this image. 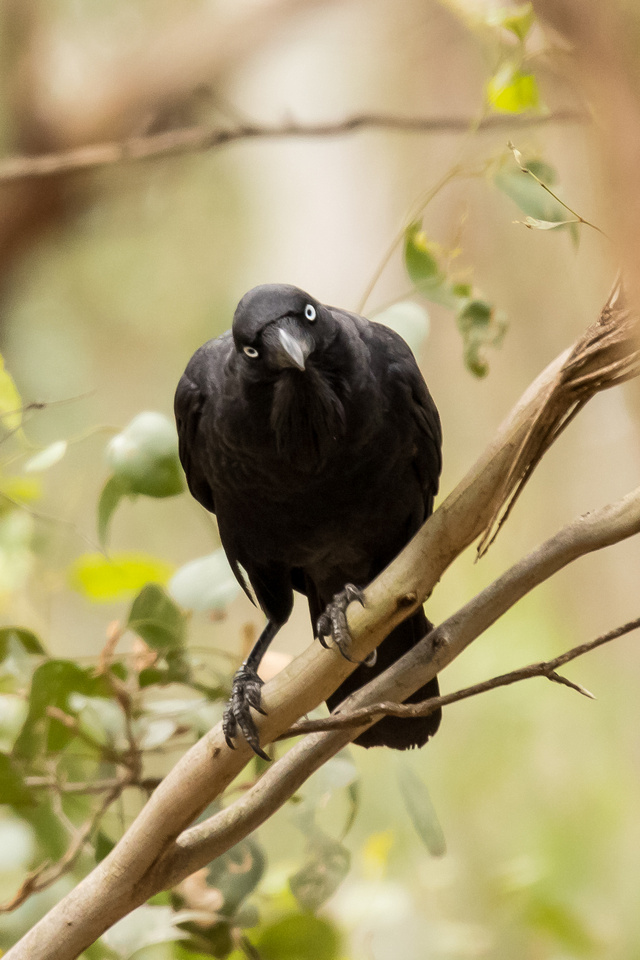 The young Galah stuck its head just out of the hollow to see whats going on around and what all the fuss was about, so with luck this weekend it will be a lot more active and showing it self off to the world. 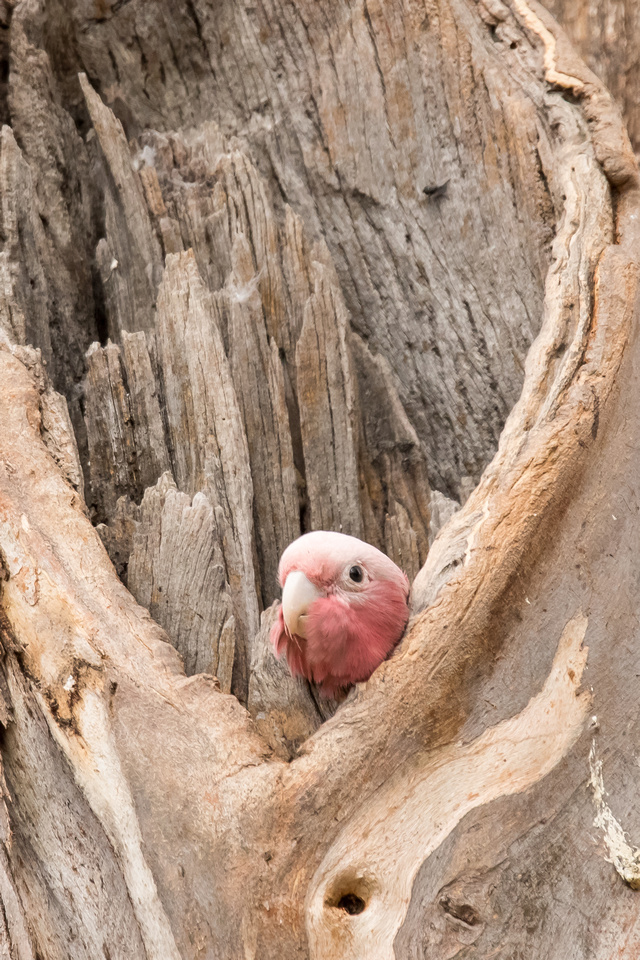 Not to miss out this Sulphur-crested Cockatoo (Cacatua galerita) also came in to get its portrait taken, these aren't always the best with the white bird against a light background so getting the exposure right is critical for these ones. 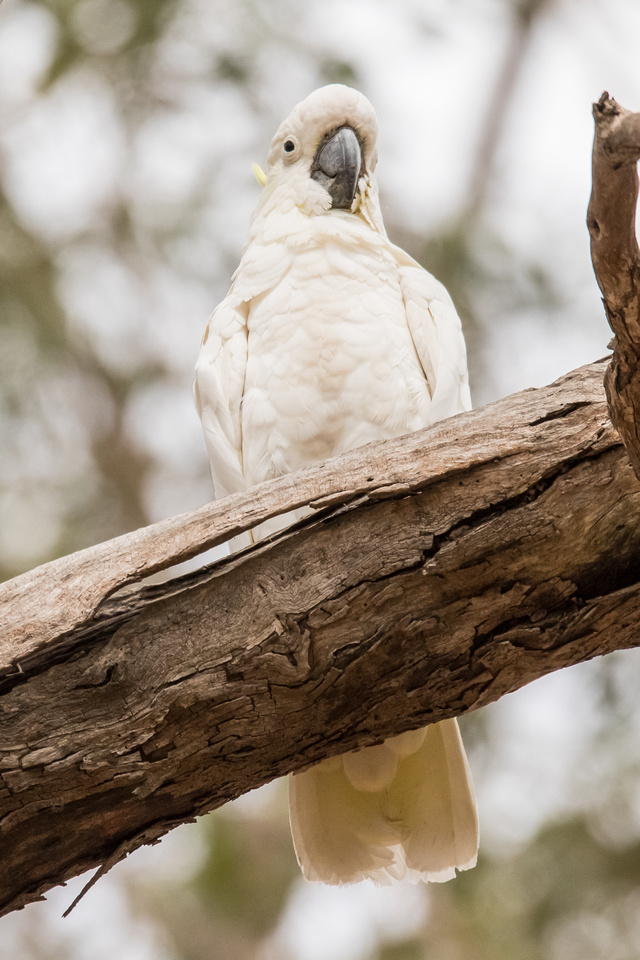 The parent Galahs were content to just sit around and doing a spot of feather maintenance. as seen in this shot. 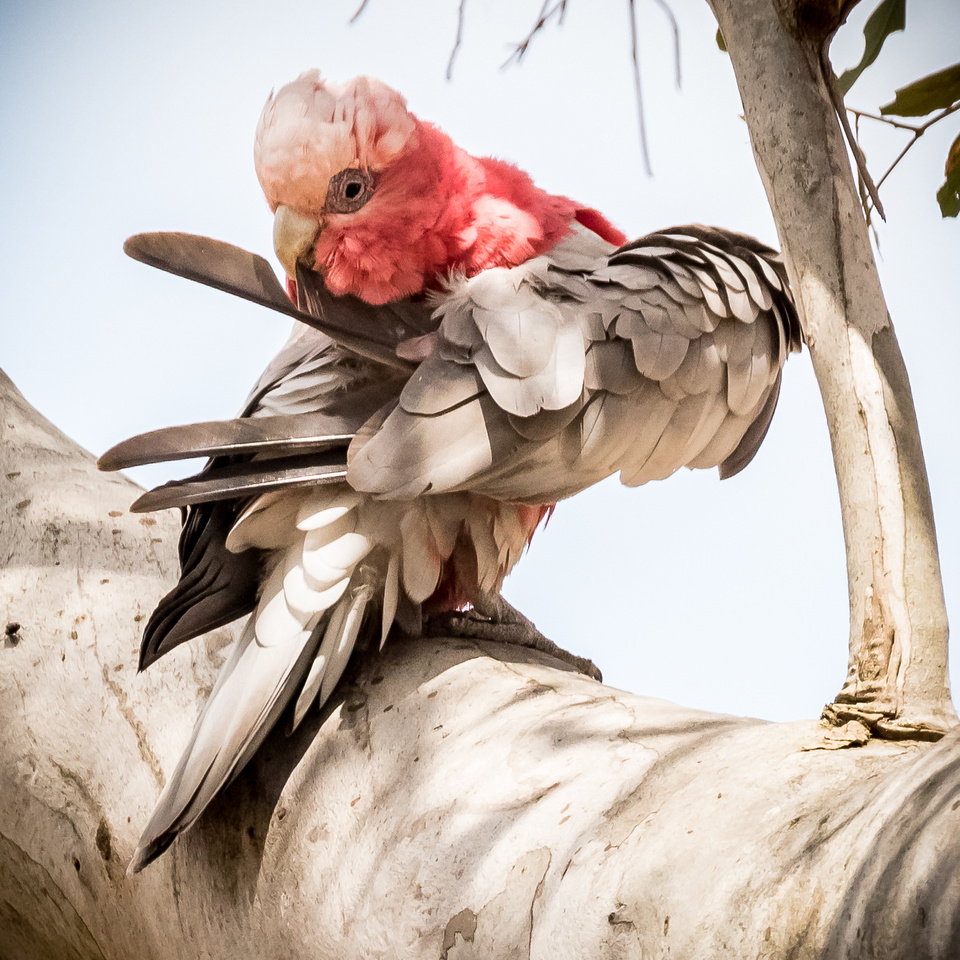 This ones of a White-plumed Honeyeater, currently building its nest not that far of the main walking track, You can see all the spiderweb its been collecting to build its nest with under its beak and across its chest. 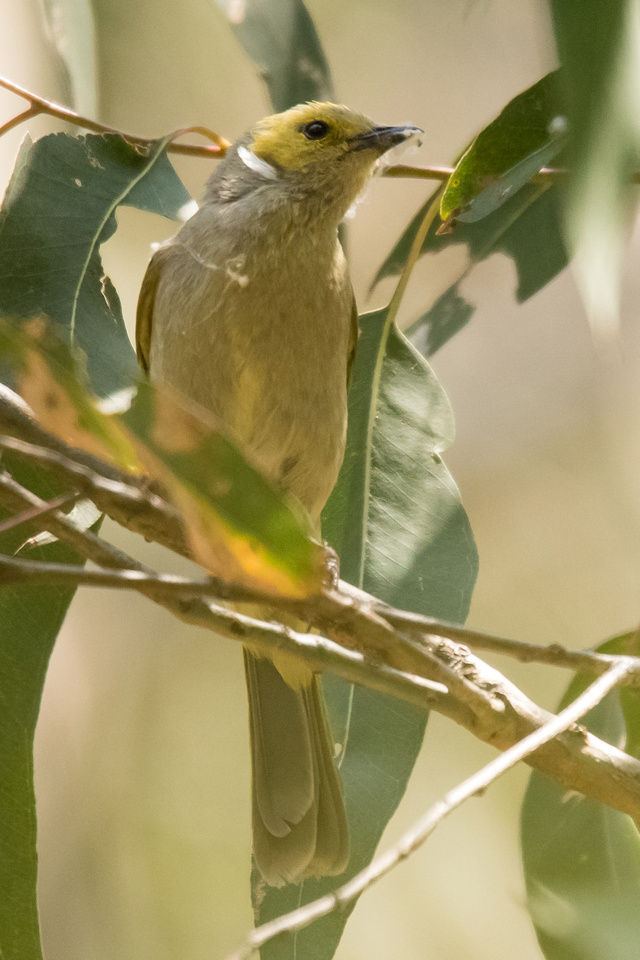 Next up is a series of shots of a Laughing Kookaburra (Dacelo novaeguineae) The first two shots are taken and the background is a bit distracting with all the branches behind, but then it moved on to a second branch where I got a cleaner shot with less distraction in the background. 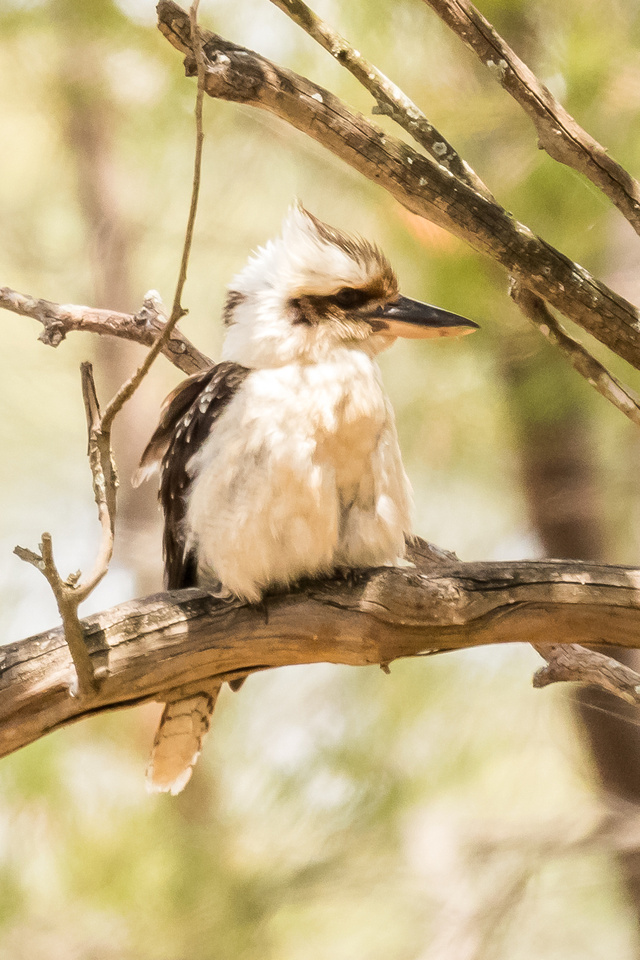 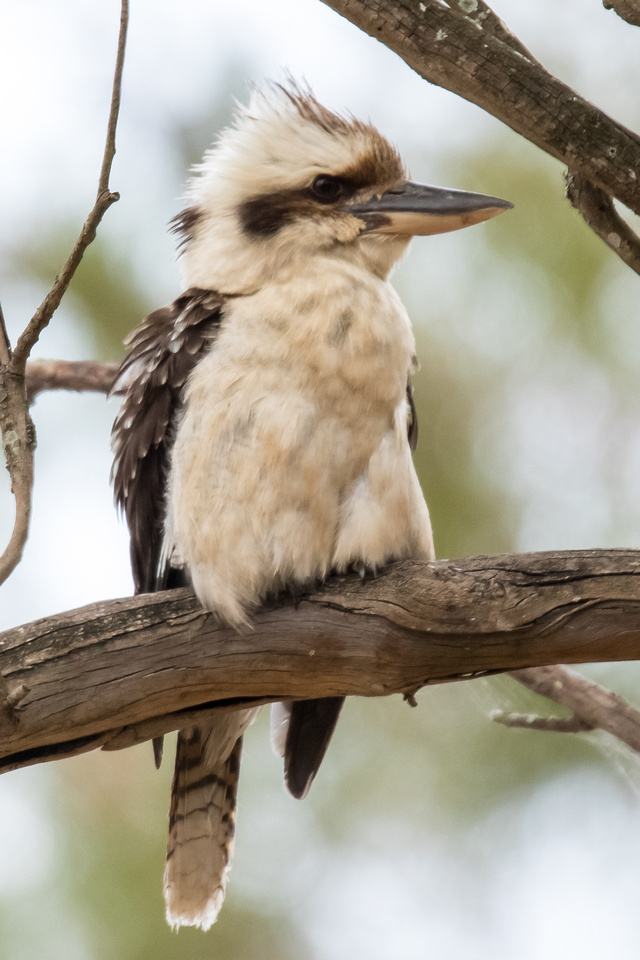 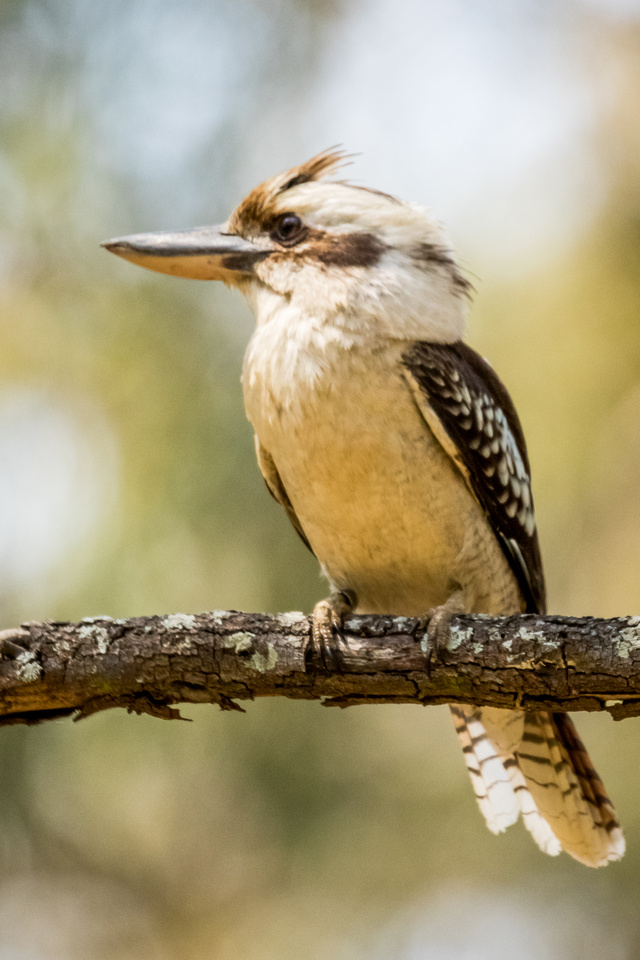 Next up A Scarlet Honeyeater (Myzomela sanguinolenta), I've caught a glimpse of this one in the past but never managed a shot, not the best shot, but clearly the scarlet Honeyeater, these ones are high up in the canopy and don't stay still for long, but there were a few about so hopefully we'll be in luck next weekend. 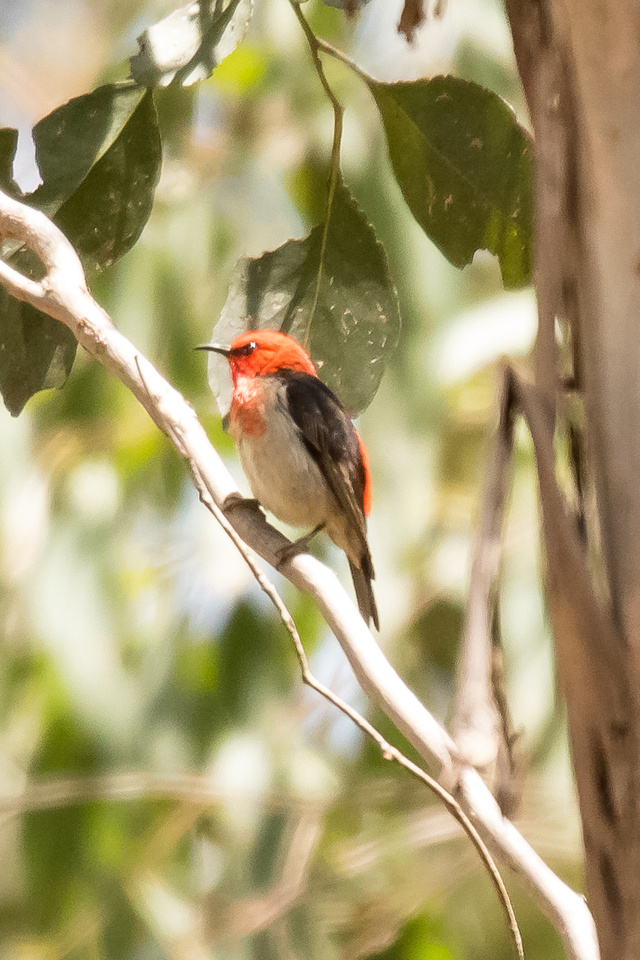 This ones of a Dusky Moorhen (Gallinula tenebrosa) young in the dam opposite the plant bank. 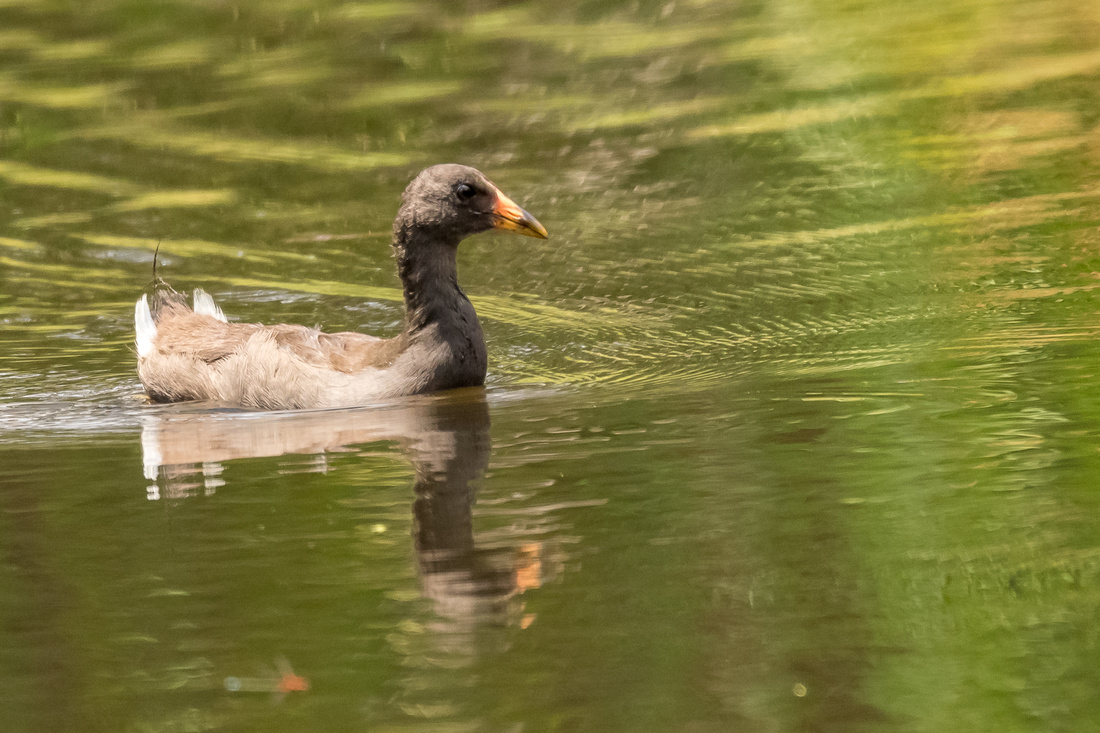 After the test walk checking out the timing of the walk I went up to the main lakes near the visitors centre The usual lake inhabitants were there. This ones of the common Australian Wood Duck (Chenonetta jubata). 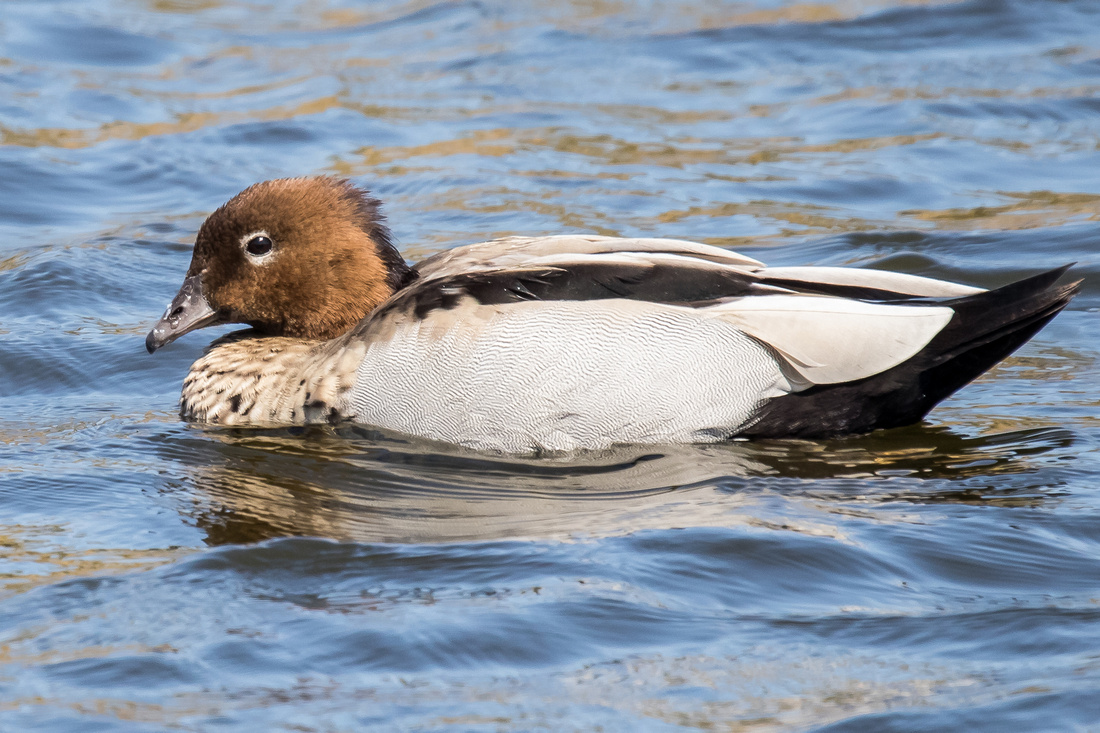 Next up an Australasian Grebe (Tachybaptus novaehollandiae) in its reed nest in the lake. 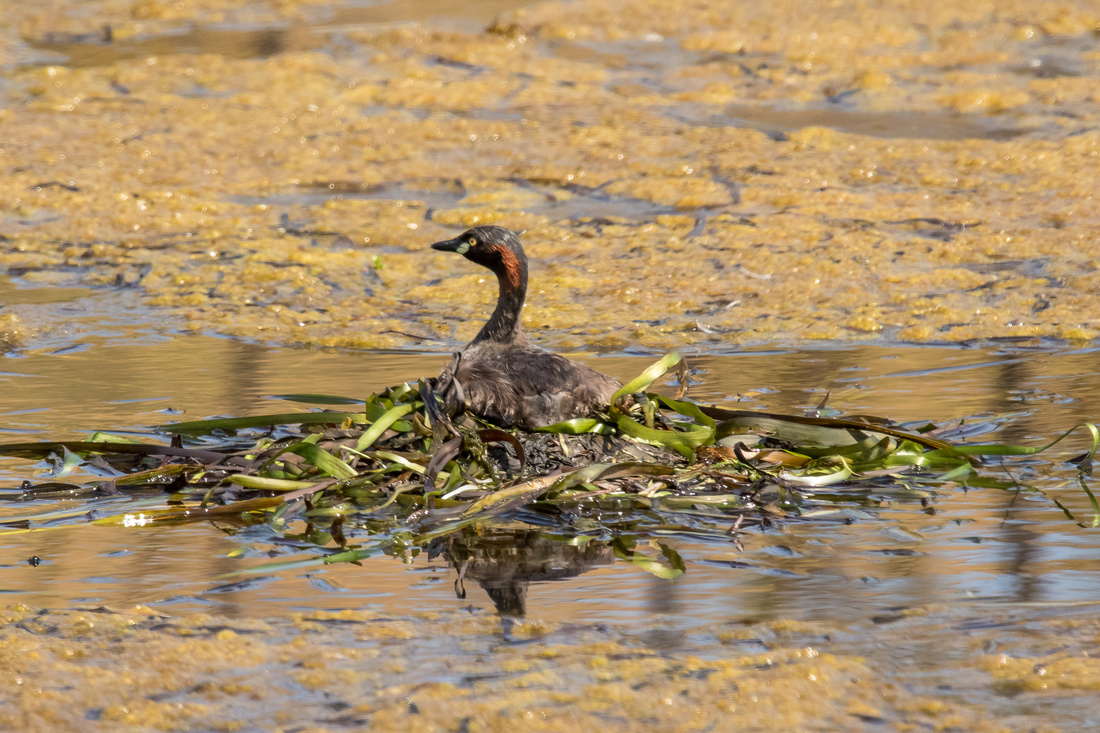 One of the young Little Pied Cormorants (Microcarbo melanoleucos) has made its way out in the lake this week so this ones on one of its first venture so hasn't had time to get its feathers dirty yet. 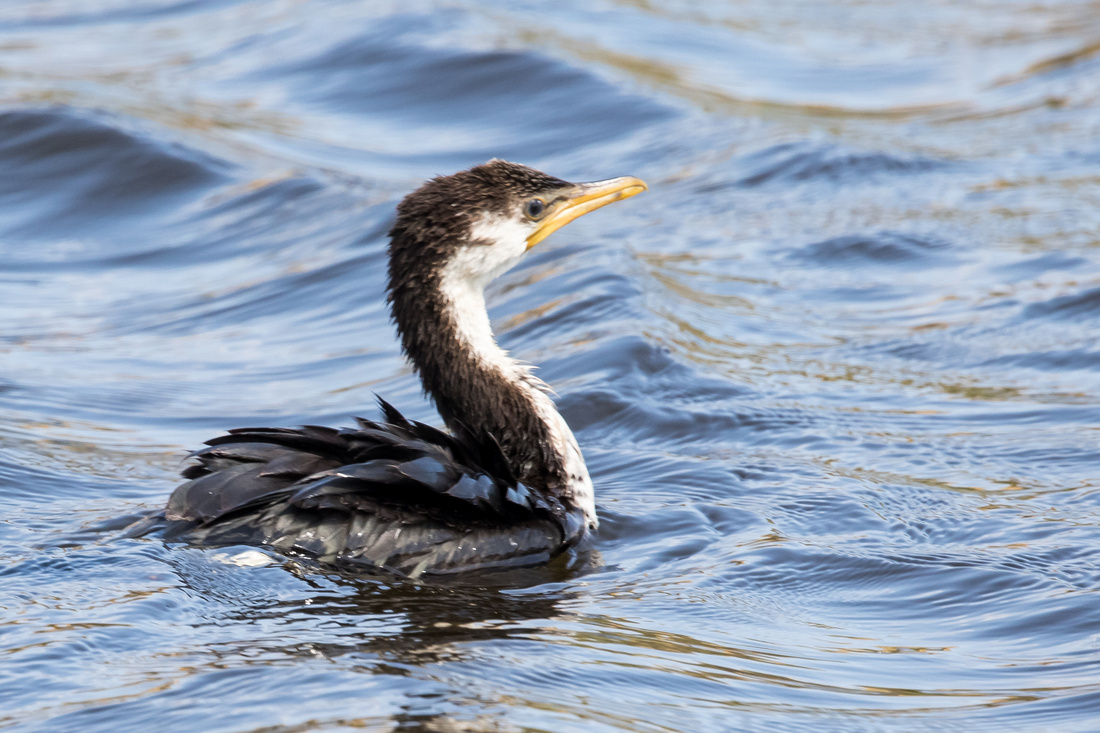 This ones of a Hardhead (Aythya australis) (White eyed duck) taking a bath in the middle of the lake. 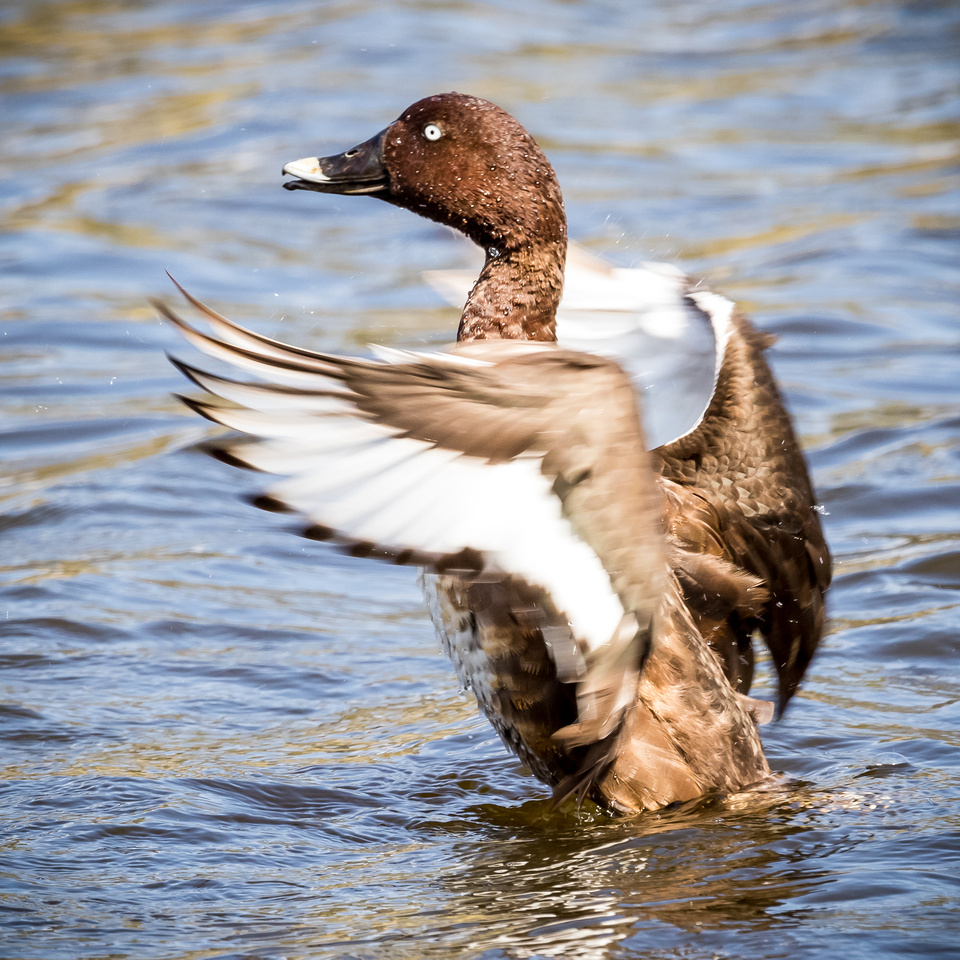 By then I thought that was it for the day so was heading to the car. In the Carpark I ran across these Musk Lorikeets first time I've got a shot of these in the gardens, so two new birds this week now down to 66 birds to go in the gardens now. 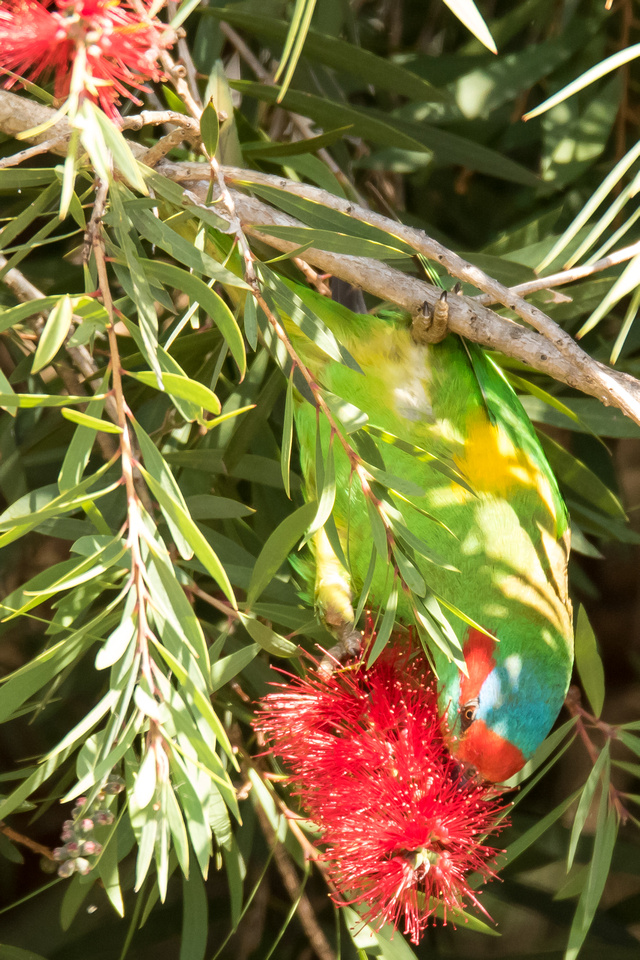 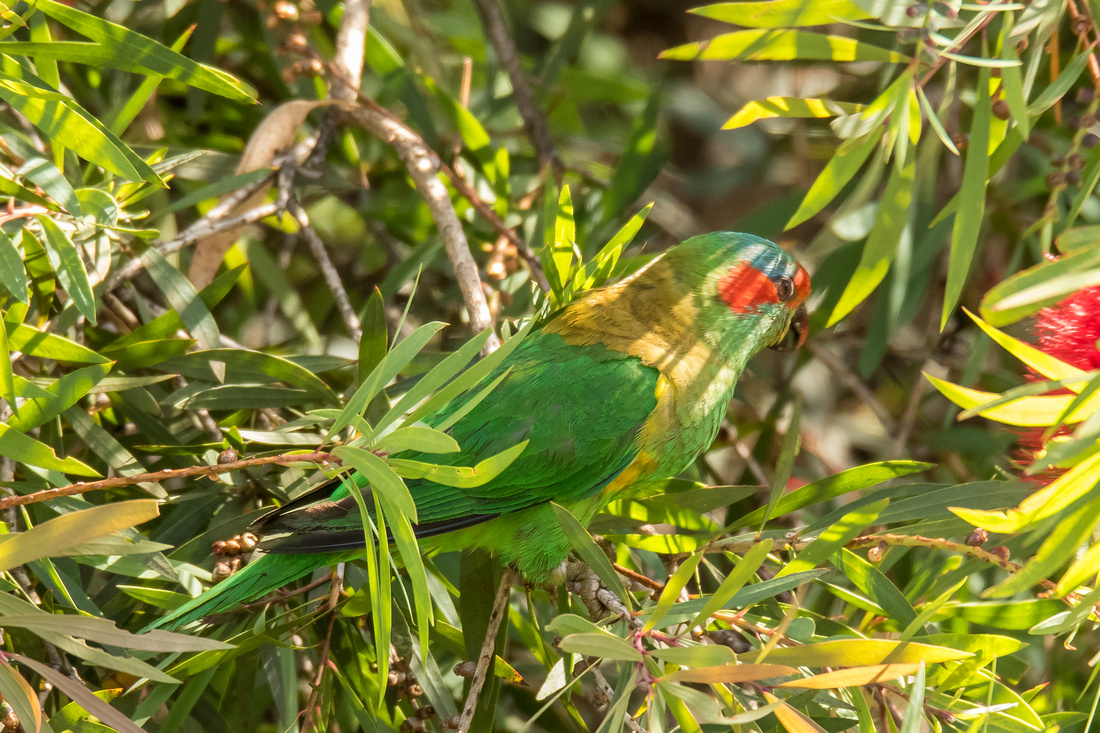 So that's it for this weeks shots, a little late getting this one out due to preparing the presentation and training notes for the Bird photography work shop, The works shops now over now, next blog post I'll tell you how it went.

So that's it for this weeks blog. Thanks for dropping by my blog.