This week’s blog post is covering the shots taken in the Australian Botanical Gardens, Mount Annan, plus a few test shots I took trying out a Canon 5dmk4 in the local Camera shop.

Saturday morning the local Camera Shop, Macarthur Camera House, Macarthur Square, had a Canon Rep in store showing of the new Canon 5dMk4. So I had a bit of a play around with it, the shots below are just testing out a few things, so the shots aren't the best and far for what I would normally show here. The 5D is a camera I am interested in looking to replace the 60D I use for landscapes and mushroom shots, one of the big draw backs on the 5D for me was the lack of an articulated screen, which I wanted for the mushroom shots with the camera siting on the ground in all kinds of difficult situations often amongst tree roots and the likes making it hard to get down and view through the view finder not to mention often wet and muddy as well, so the lack of the Swivel screen was one issue I had with the new 5d, considering I shoot more mushroom shots with the 60D than anything else definitely as issue for me. There is always the 80D two generations up on the 60D and also if I wait till next year the 6dmk2 is rumored to have the articulated screen, so I could hold out getting the articulated screen and a full frame camera at the same time, at half the price. My other issue is timing, I'm heading off to Tasmania again next year again on a Steve Parish photography tour and would really like to have a full frame camera suitable for low light for all the lush forest shots under the canopy’s there. One option is to rent a camera for that trip then buy the 6D when it comes out. Or buy the 5dmk4 and get the best for a full frame less the articulated screen and that’s where these test shots come in. The new 5dMk2 will connect via Wi-Fi to a smart phone for remote shooting, so instead of a flip out screen I can hand hold the phone or iPad and shoot from that. So I tested this out with the two shots below of my watch. You can tap on the phone where you want the focus to be and the shot is actually focused on that point the phone doesn’t actually refresh that focus live which is a little disconcerting at first but the actual image seemed to come out pretty good as in focus wise. As I said these shots were just set up on the counter and I didn’t really take my time, but as far as proof of concept goes the system did work and I did get a few images to play with focus stacking with. 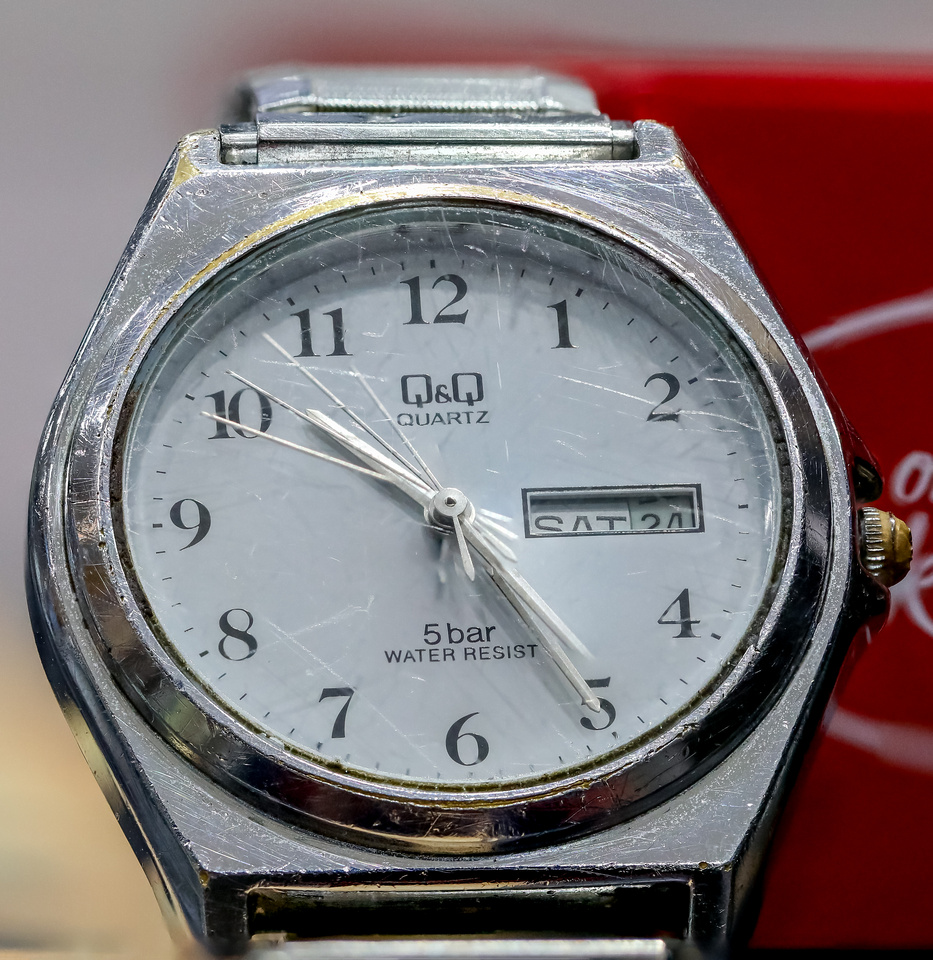 Certainly shows up all the details of the wear and tear on my watch and every little scratch there. With 30 Mega pixels plenty of detail to zoom in on as well. The app only has some pretty basic functions controlling aperture shutter speed ISO a few other minor things but would certainly help if it allowed you to control the off camera speedlites from the Camera menu, I mentioned this to the Canon rep who said she would pass it on, she also said they are working on developing the app so maybe some time it will be updated to include controlling the off camera speedlites. Would be great if it could, Then it would be a no brainer and definitely on the wish list, Though I’m pretty sure it already is. 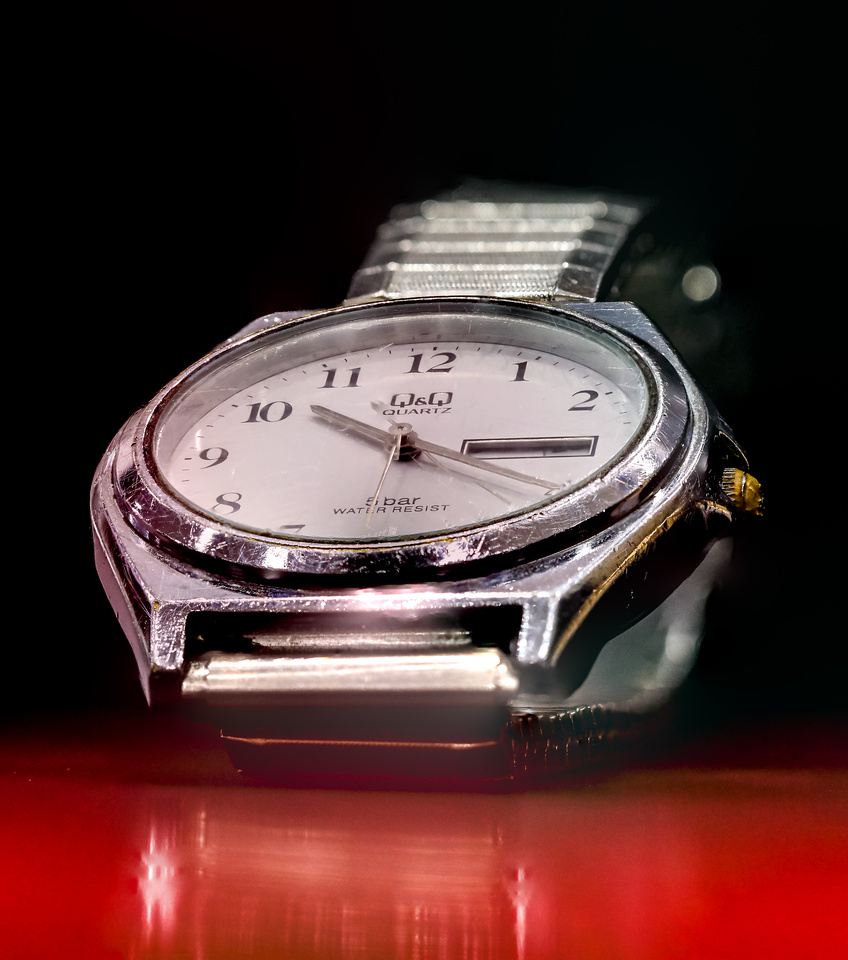 The shops in the middle of a shopping centre so not a great place to go and practice with but I took a few shots at 32000 ISO and pretty impressive, really quite usable there, you wouldn't want to zoom in and go into the details but at 32000 on a screen really looked OK. Again not the best picture but at 32000 ISO certainly workable. 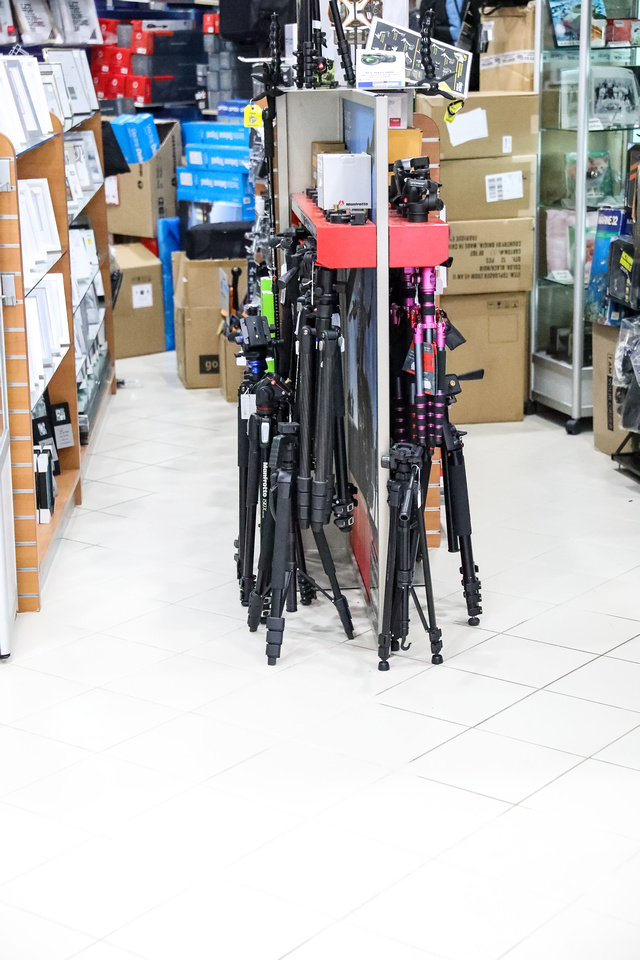 The l at last shot here is  5000 ISO a more normal range if not on the high end, but again clean shot and zooming in in lightroom I can see every scratch and mark on the frames here so very happy with the results. A big thank you to the team at Macarthur Camera House, Macarthur square for putting on this event with Canon to test out the camera wiht hands on and the Canon Rep to answer my questions and help set up the Wi-Fi. Canon are bringing out a Wi-FI card for the 7D Mk2 in November so I'll probably get that test it out a bit further see how the phones battery life goes with it, I suspect it will certainly eat that up. then make a call on which way to go, I've got till early February, but would like to have time wiht the camera before I head to Tasmania with it. 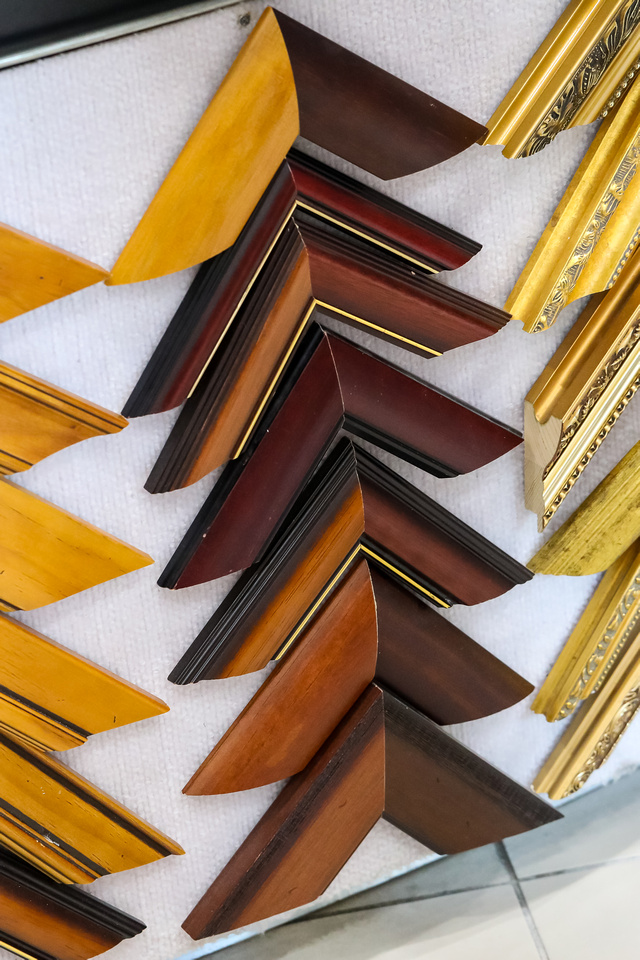 After play time it was back to the gardens and some shots fro the day. First up a Bell Miner (Manorina melanophrys) Bell bird. Not a great shot and a little to far away, the other issue with this one is the light from bright to dark shade so not the best location for this shot. But I'll keep trying each week and see what I can come up with. 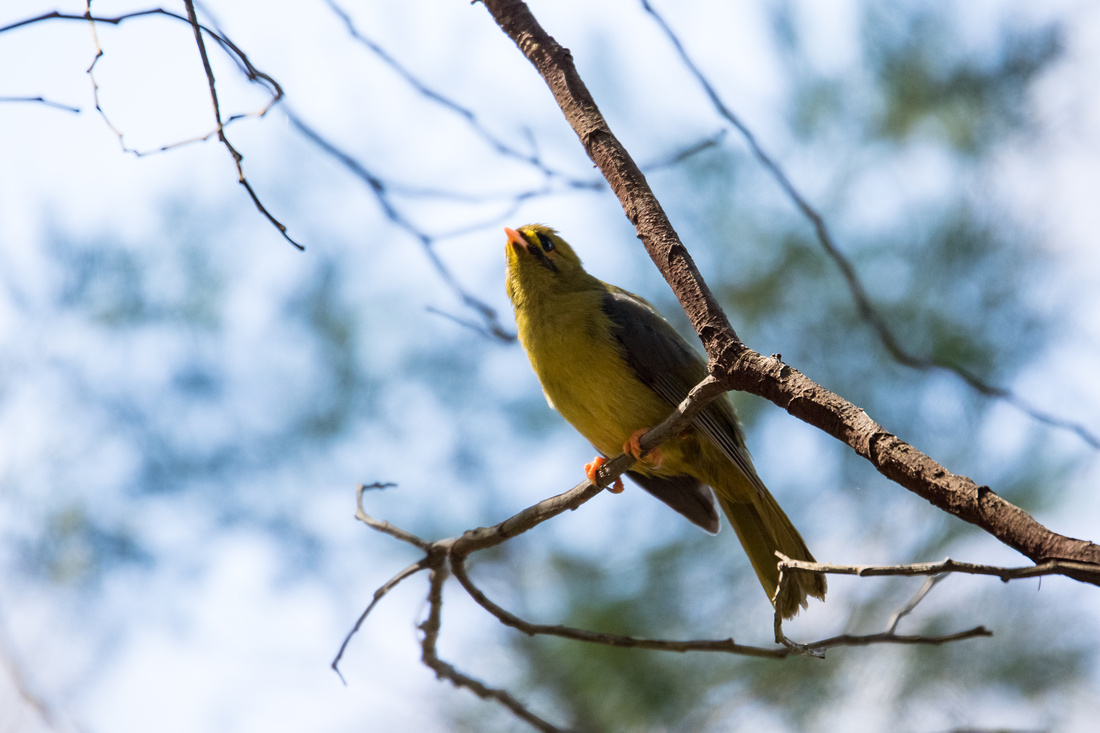 Next up I could hear this one but took a while for me to locate it,  A Grey Shrike-thrush (Colluricincla harmonica) they really have a pretty call and can be heard from a way off when in full voice.  Again this one was a fair way off so more patents needed till I get a decent on of these. 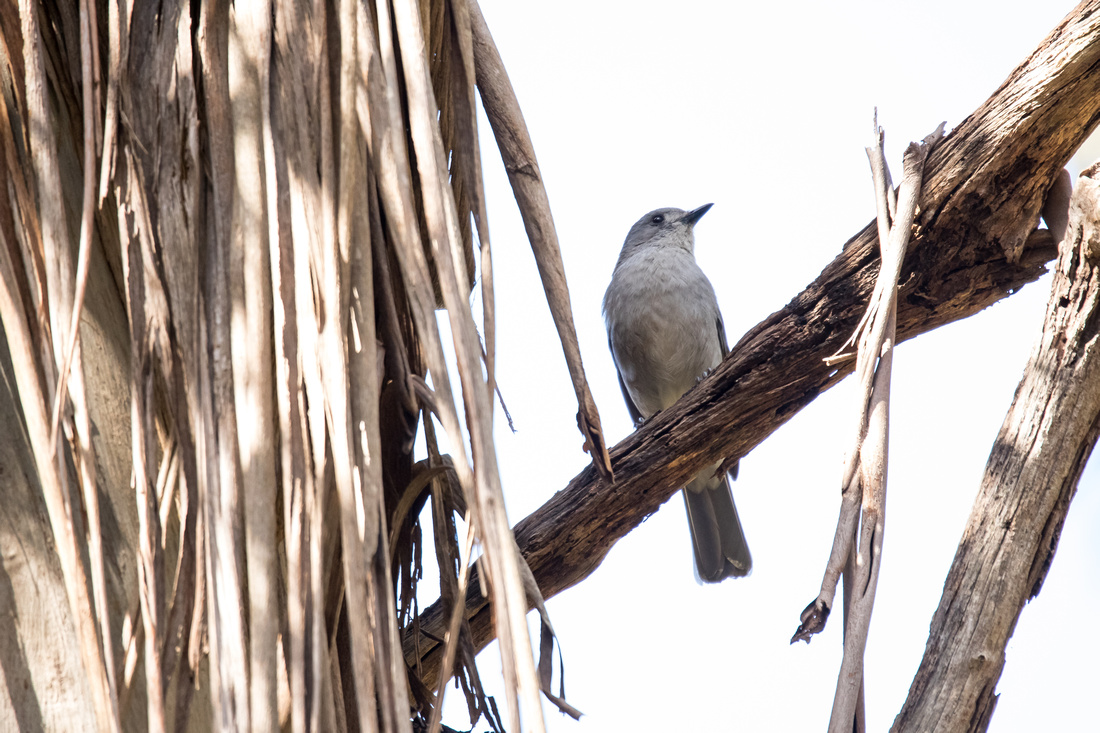 As usual the Male Superb Fairy-wren (Malurus cyaneus) was playing hide and seek with me more handing than not so a shot through the sticks here not a clean shot this week. 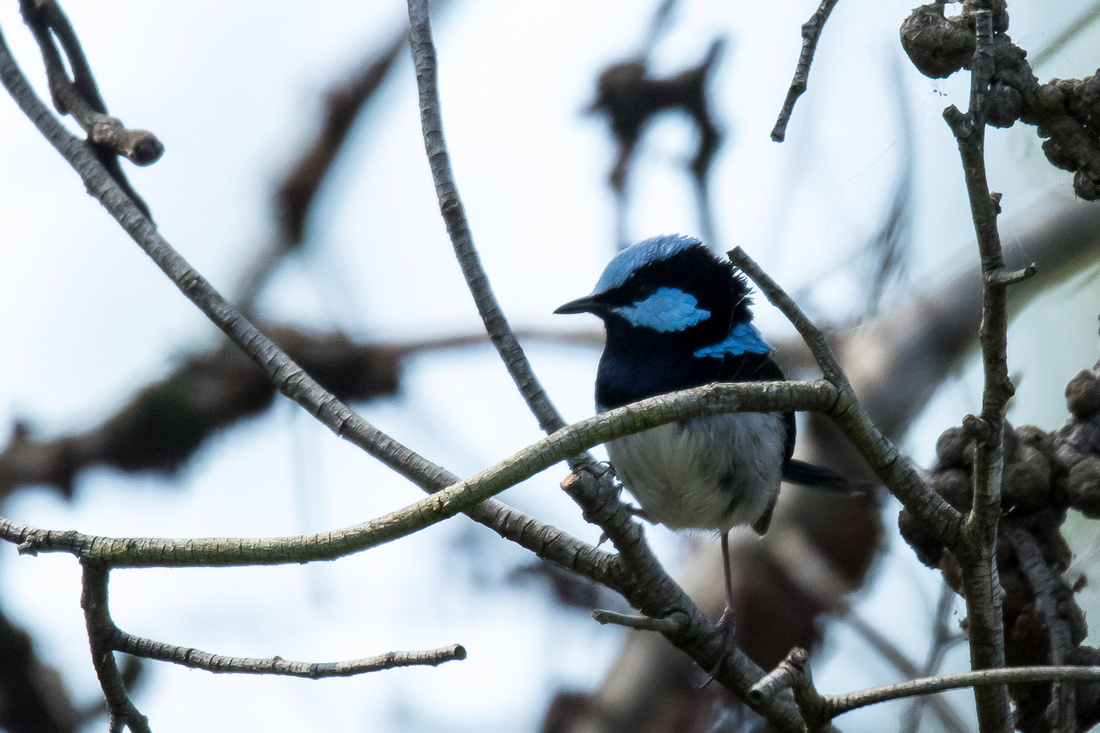 Another one playing hide and seek was this Jacky Winter (Microeca fascinans) so this one was in the shadows and high ISO to get the shot so a little grainy here in this shot. Followed by again hiding behind the sticks. 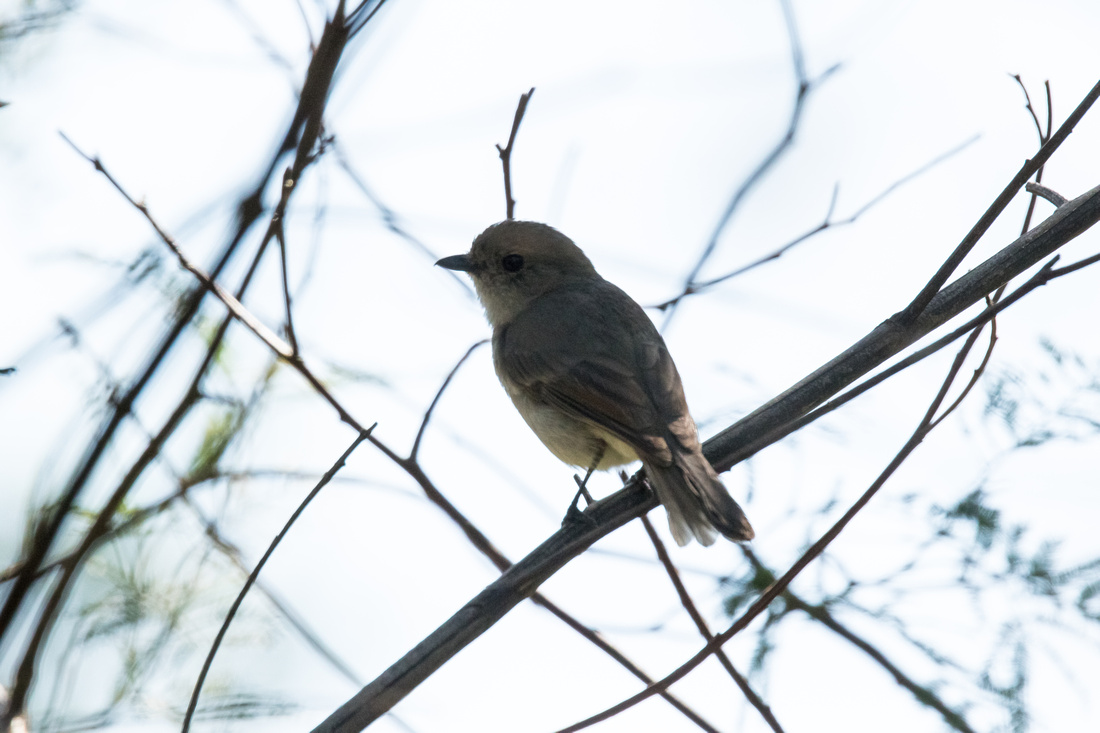 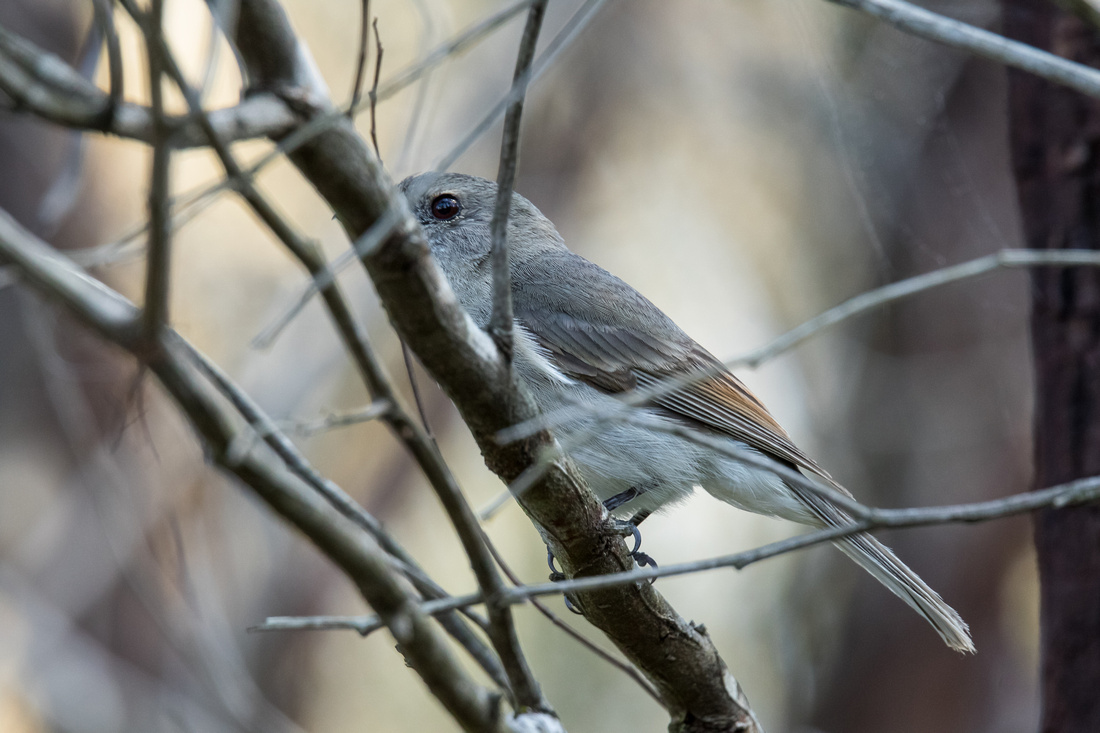 Next up a little Brown thornbill (Acanthiza pusilla) there was a small group of these hunting the insects, around the walkway along the cannel opposite the plant bank. 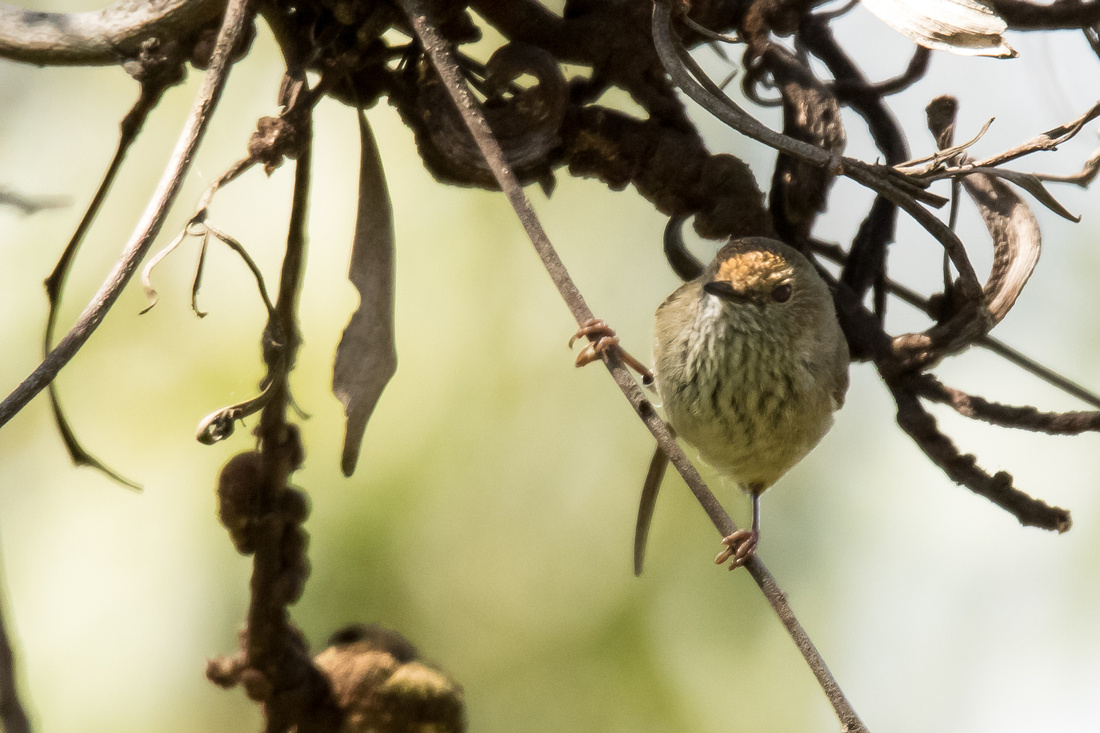 Along with the Brown thornbills was a couple of Yellow thornbills (Acanthiza nana) were hopping about as well, this time they got a bit closer and allowed me to get a few decent shots the first one would have been better if its beak didn't line up wiht eh branch in the back gourd but they never stay still long enough to recompose the shot, still some nice details here in this one, followed buy two more shots as it bounced around. 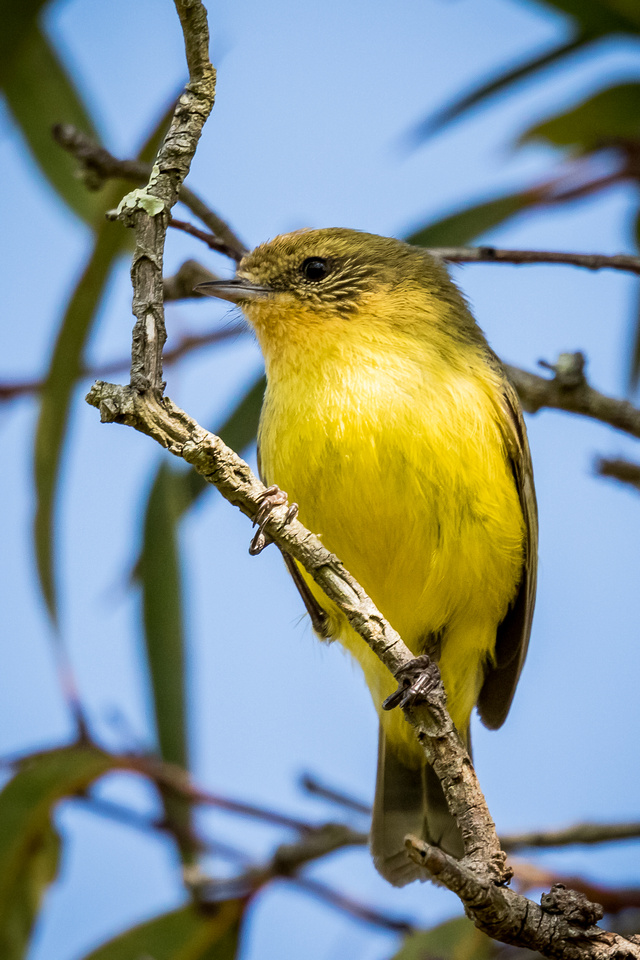 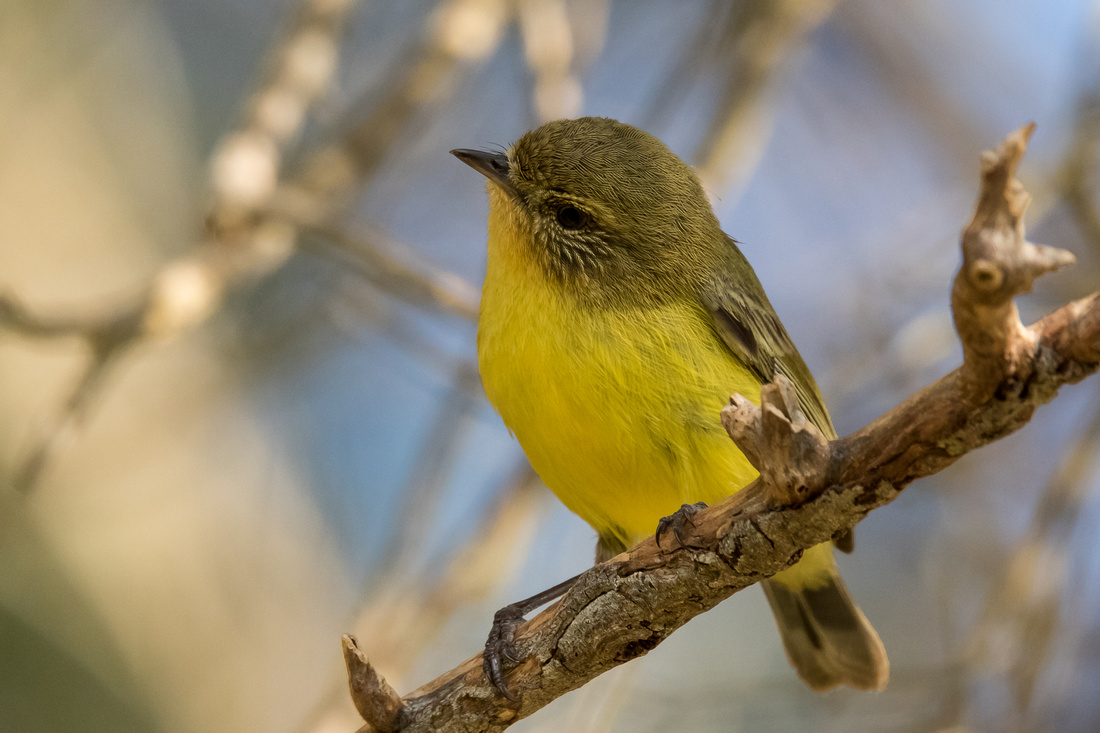 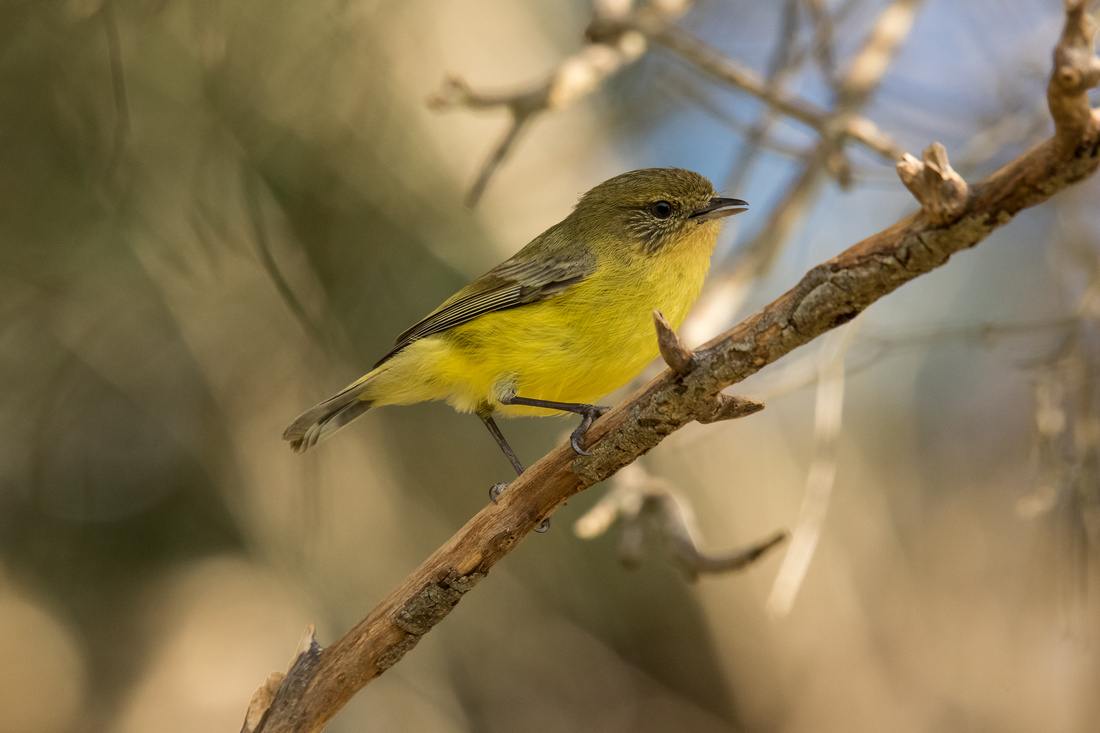 The White Waratahs are not flowering and will be fro about another week or so, one plant seams to be more advanced than the others so you may still have some time if your in the area, this shot was taken wiht one off camera speedlite to give the light and shade effect. Plus under expose the back ground giving the black back ground effect. Hopefully they will be still out next weekend so I can have another go at these. 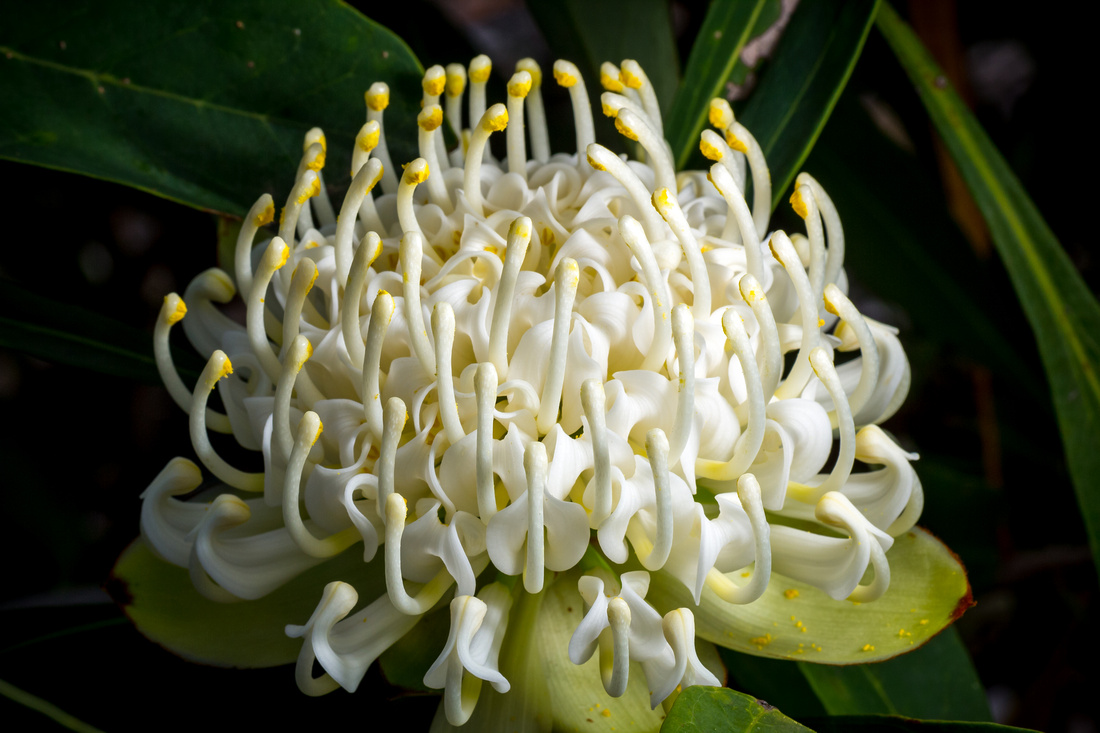 Last up for the week as I was walking back to the car for the day to head home there was this pair of Rainbow lorikeets (Trichoglossus haematodus) feeding on a spike of the grass trees in the sculpture on the main lawns. 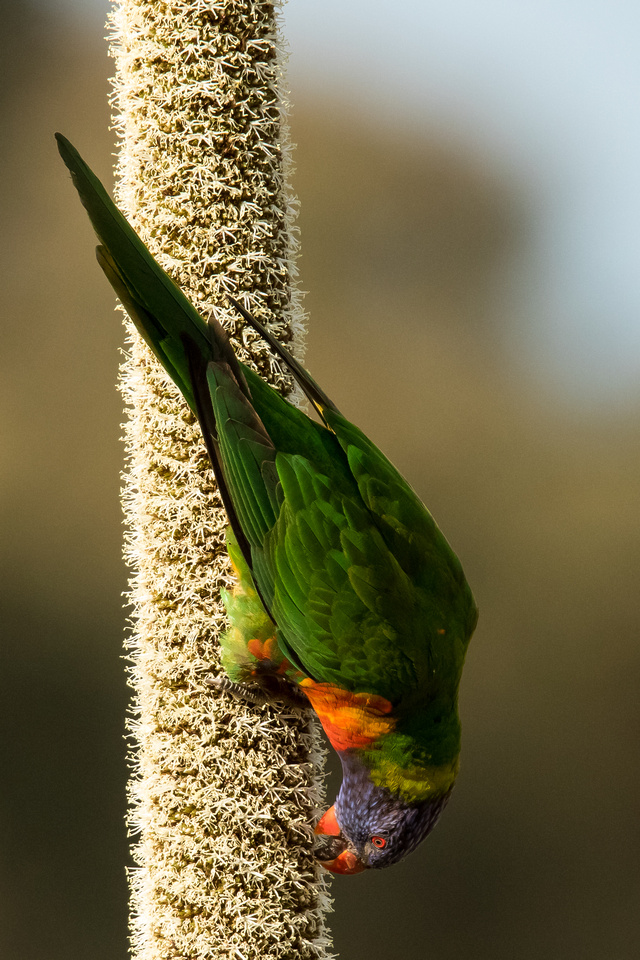 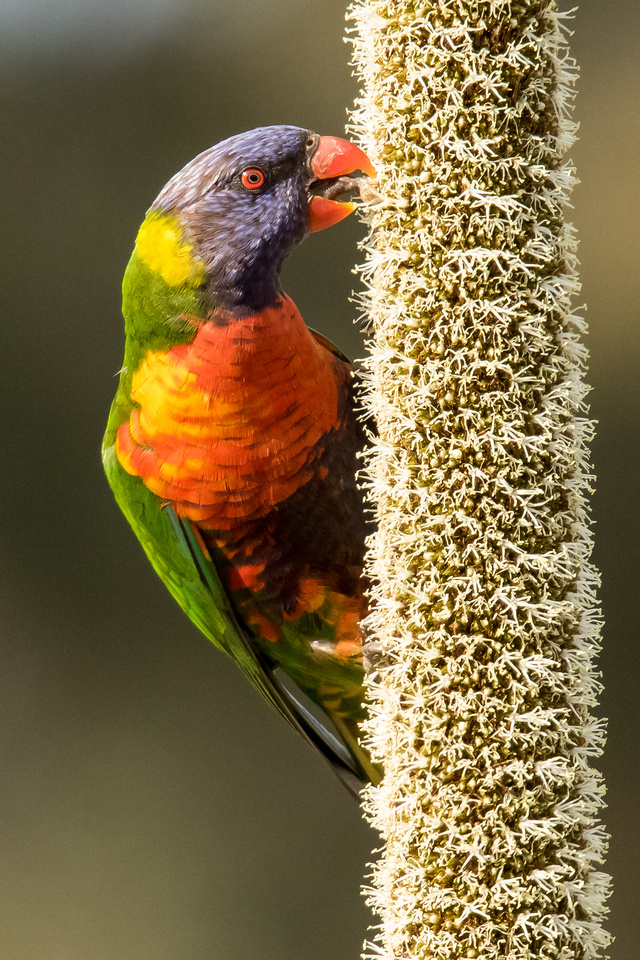 A noisy miner (Manorina melanocephala) watched on while the lorikeets were feeding patiently waiting its turn. 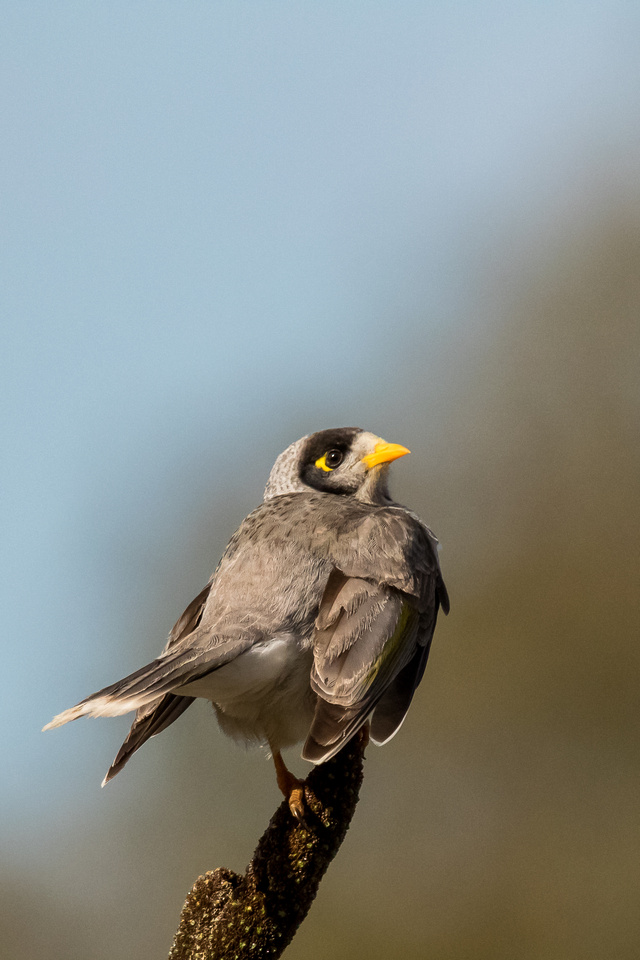 So thats it fro this weeks shots a bit of a mixed bag started off with a few not so good shots and finishing up with better shots as the day went on. plus still have to make up my side about the new body. Pretty sure its already made but still a few months to decide.

Thanks for dropping by my blog this week. Be back next week with more.