I started on the walk from the stolen generation to the plant bank, first up was the Bell Miners (Manorina melanophrys) theses a small colony of these around the stolen generation memorial. First shot is the better of the two but still a bit too much greenery in the way. Still a nice enough shot for two weeks of no shots. 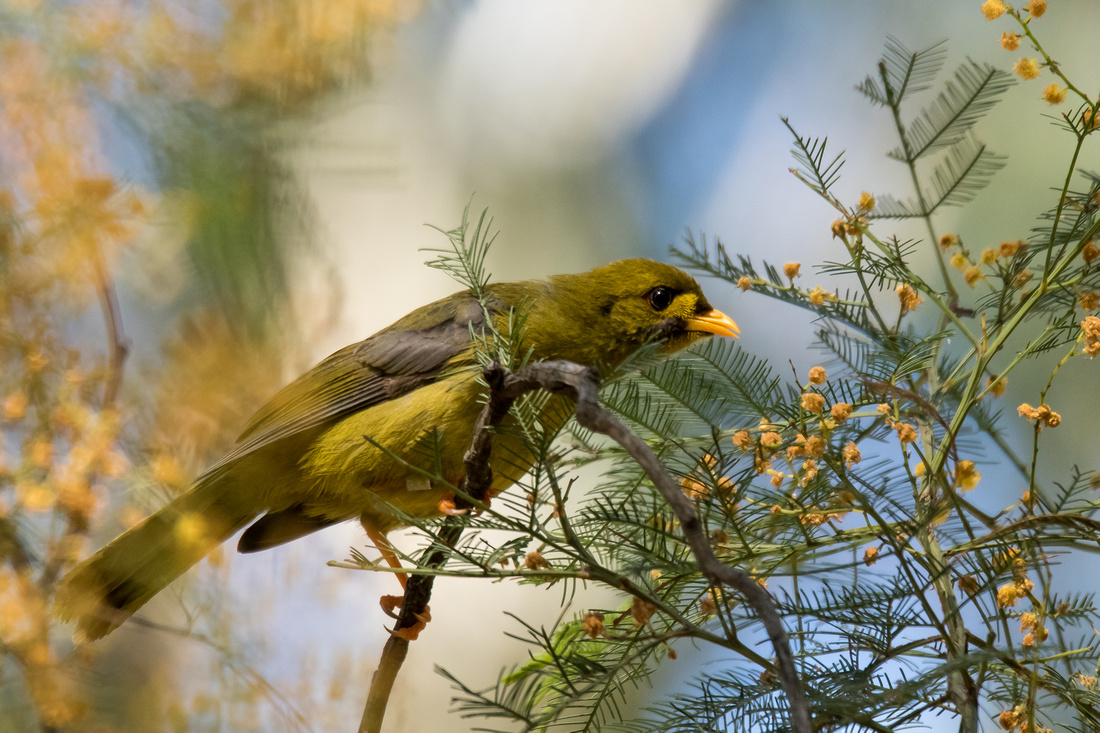 This second shot not so good, the light wasn't great really harsh and slightly missed the focus on the eye on this one so not the best. 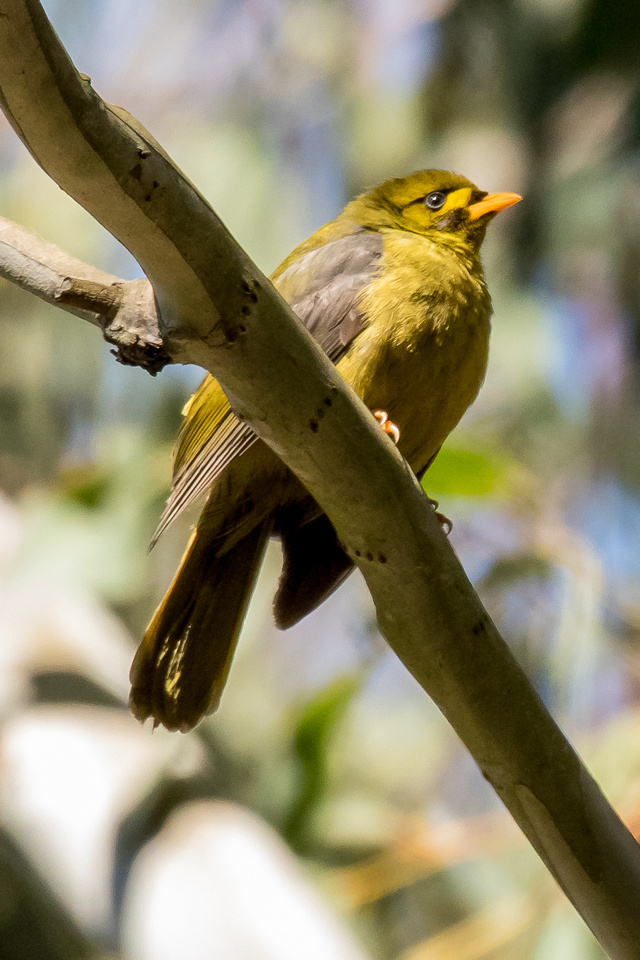 I kept walking after reaching the plant back and walked along the path beside the cannel where I found a pair of Yellow Thornbills (Acanthiza nana). The first shot here is the pick of the week for me, Happy with this one all-round Focus is good on the Bird and eye, the composition is well framed with the branch and overhead leaves and flowers framing the bird and the little bit of air moss on the branch to keep you searching the photo for more, so happy with this one, also like the colour tones to the shot where it’s all a yellow flavor to it all. 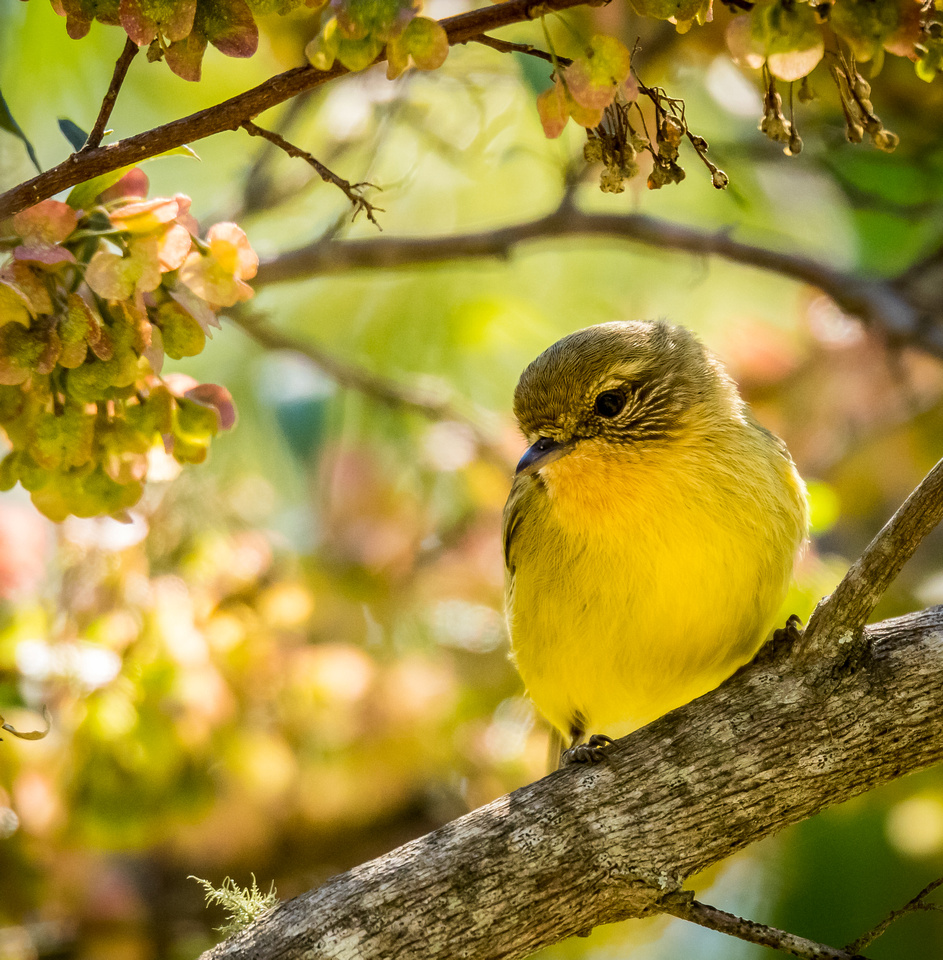 In this shot I'm certainly being stared down. 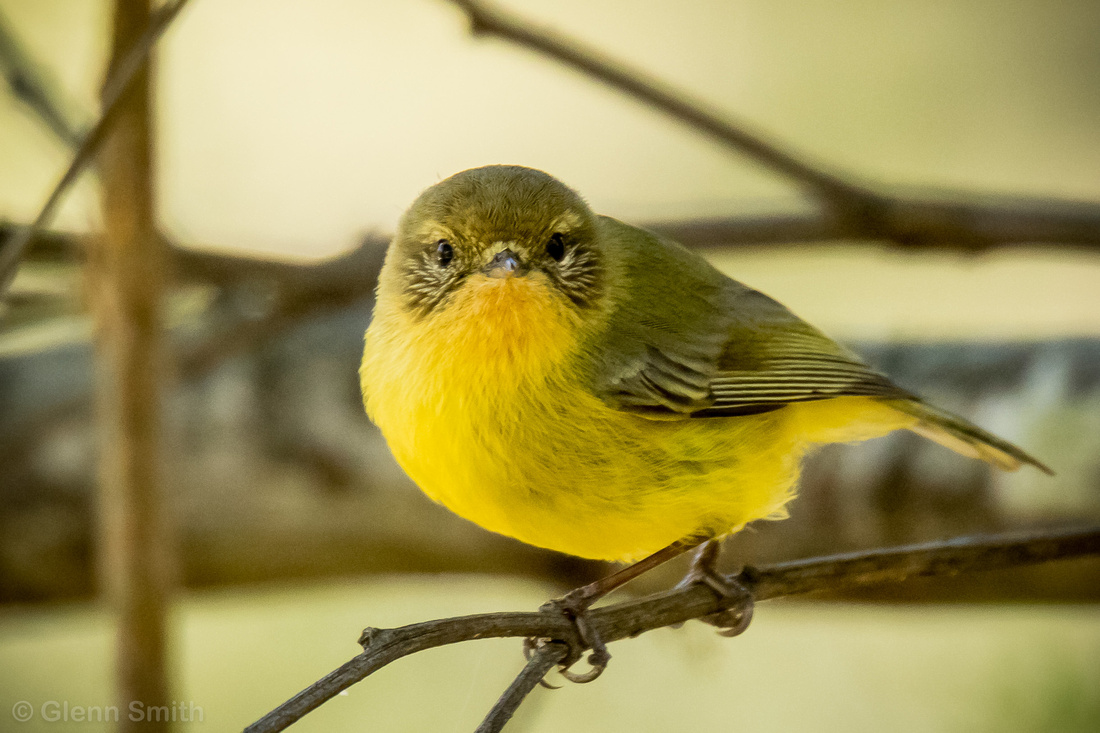 This ones of a little Striated Pardalote, He was way up in an old dead gum tree so only the tiniest shot of this one. As I was taking the Pardalote shots I noticed down along the cannel what I first took to be a hark hovering just above the ground then I realised it was a Noisy Miner (Manuring melanocephala) As I watched it turned out there was a small flock of these all taking turns to hover over an ants nest then they dove down and grabbed an ant and landed near by to eat. These are normally closed as honey eaters, but not today. This series of shots shows them in hover mode and the last few a dive and take. 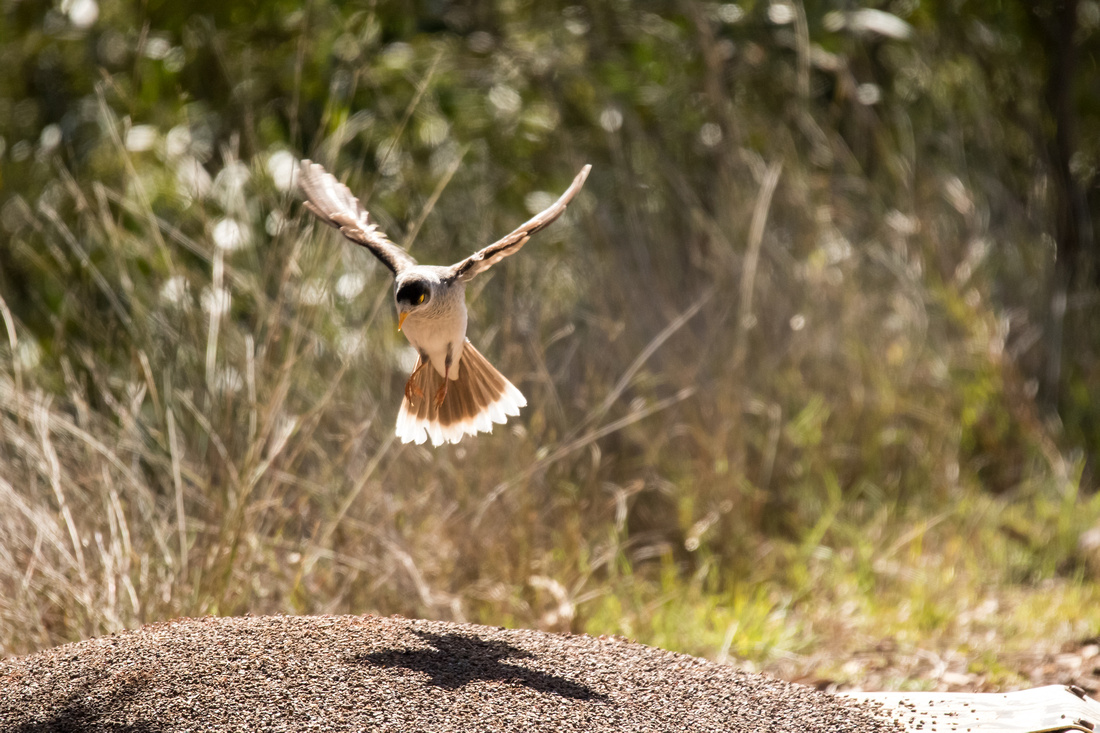 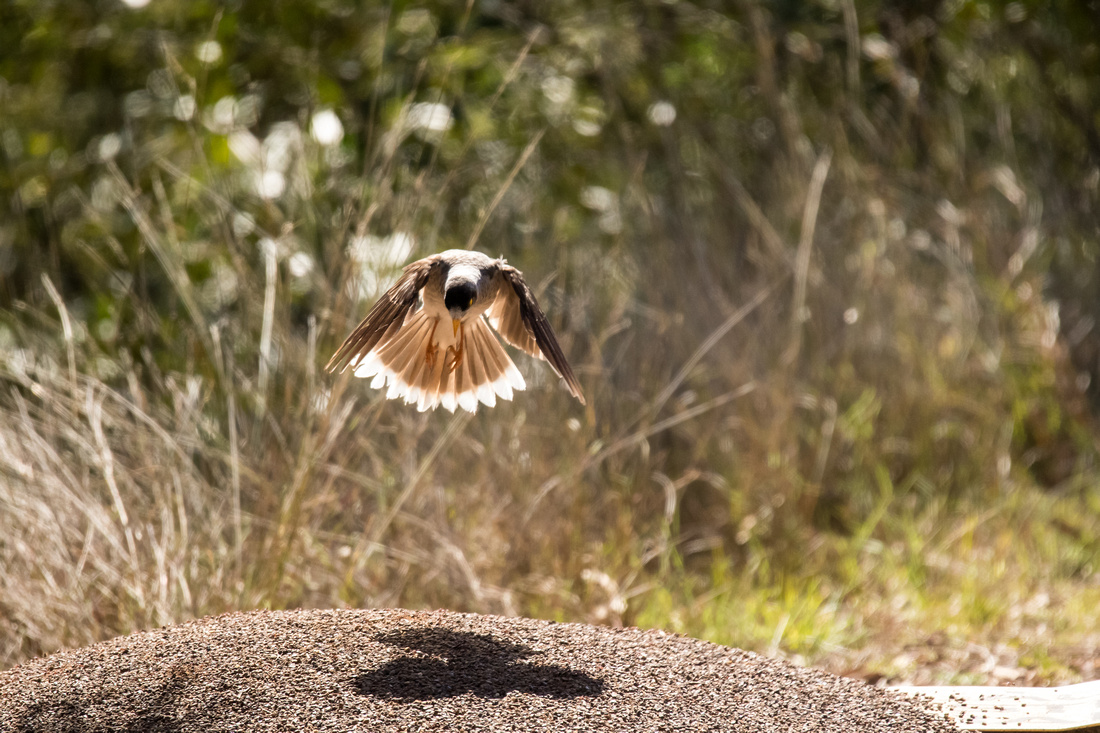 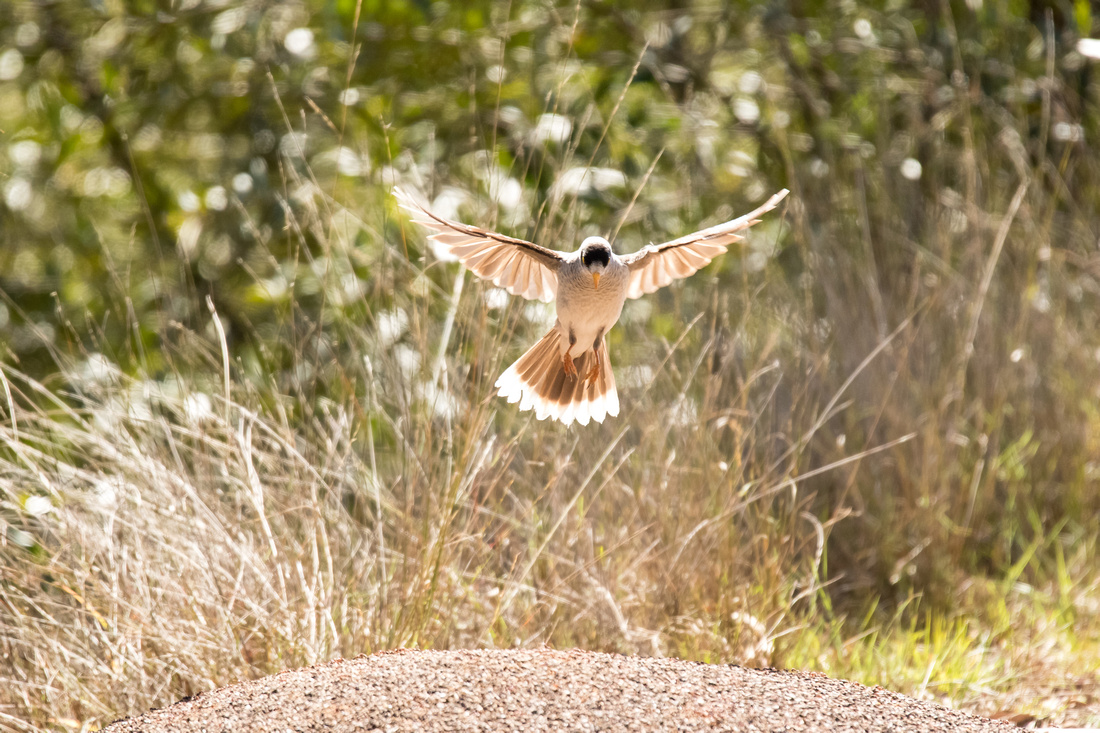 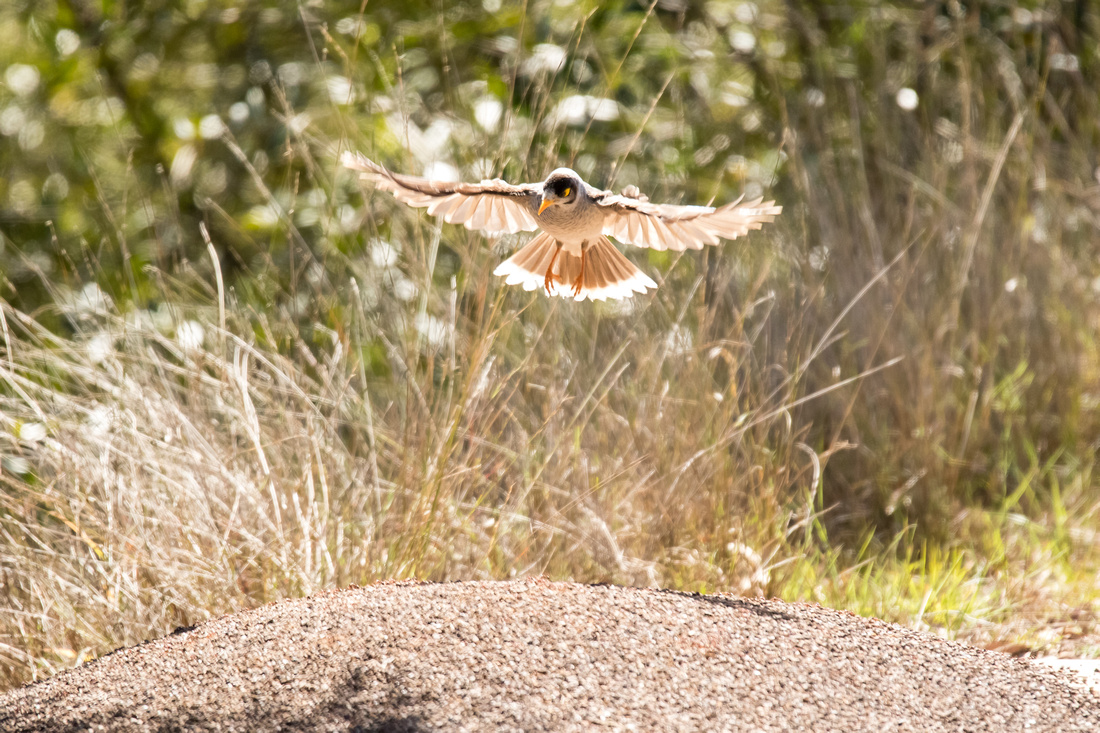 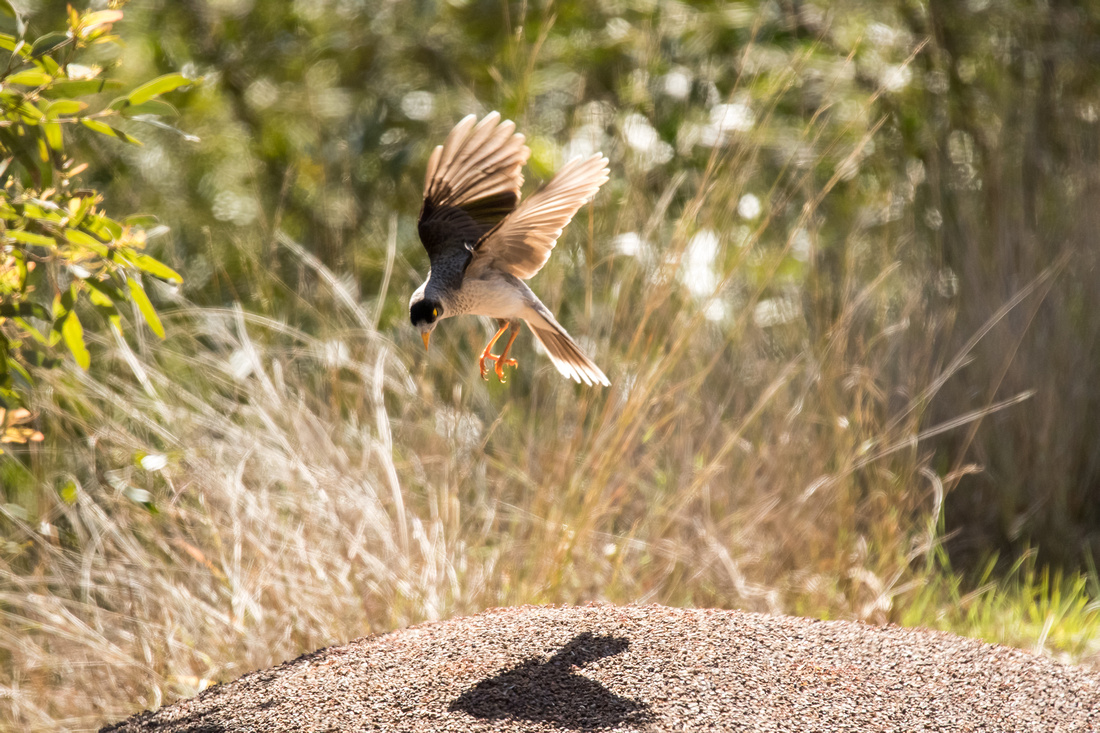 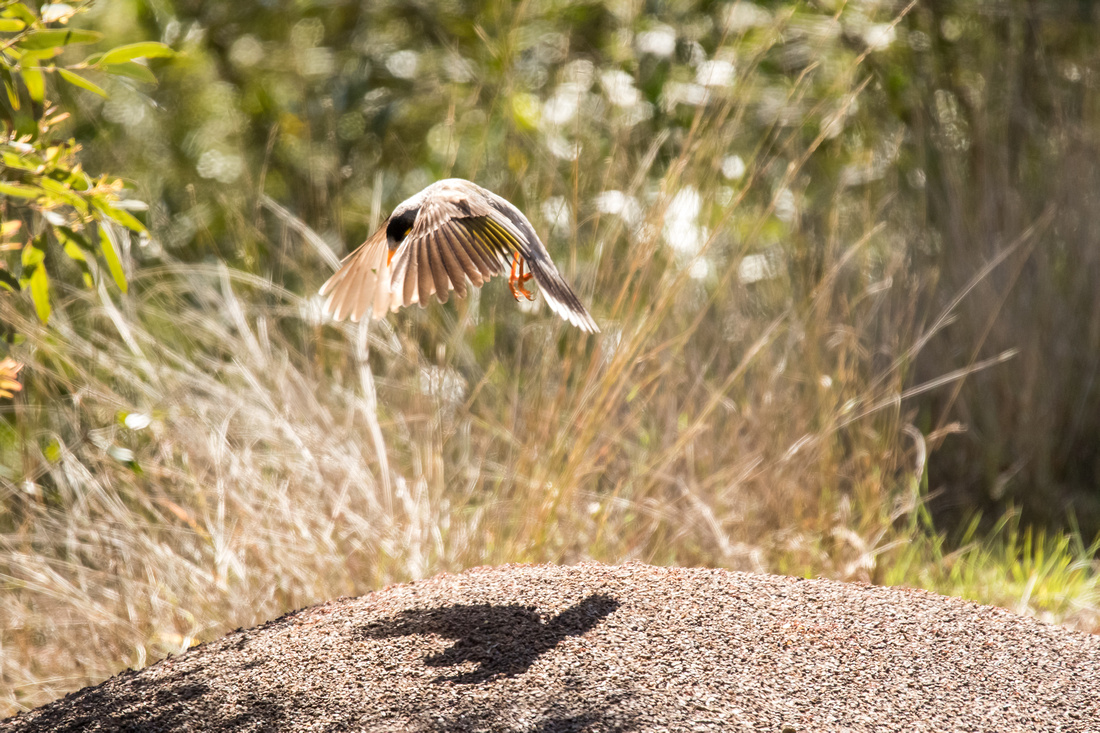 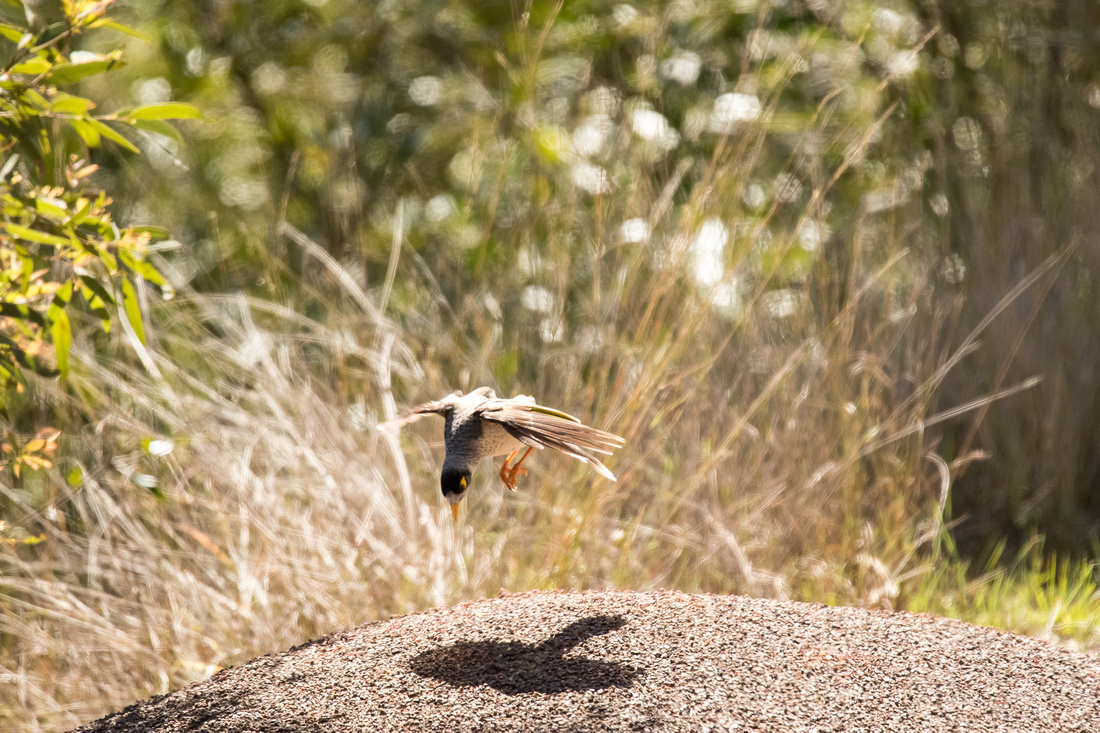 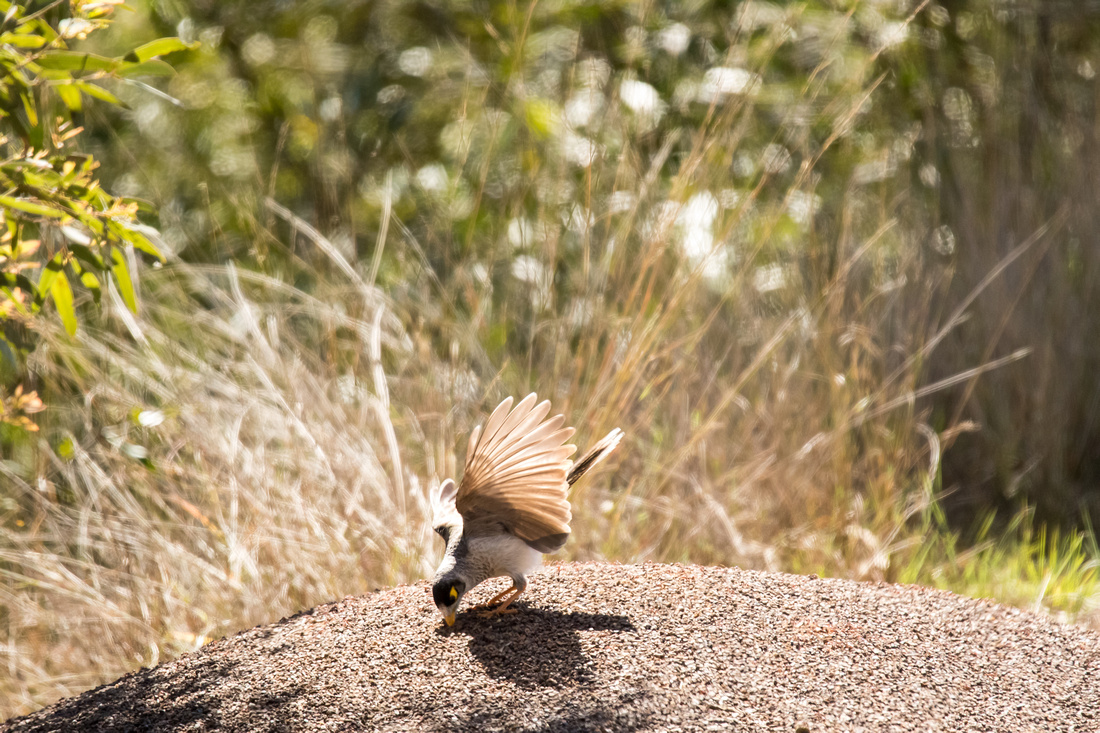 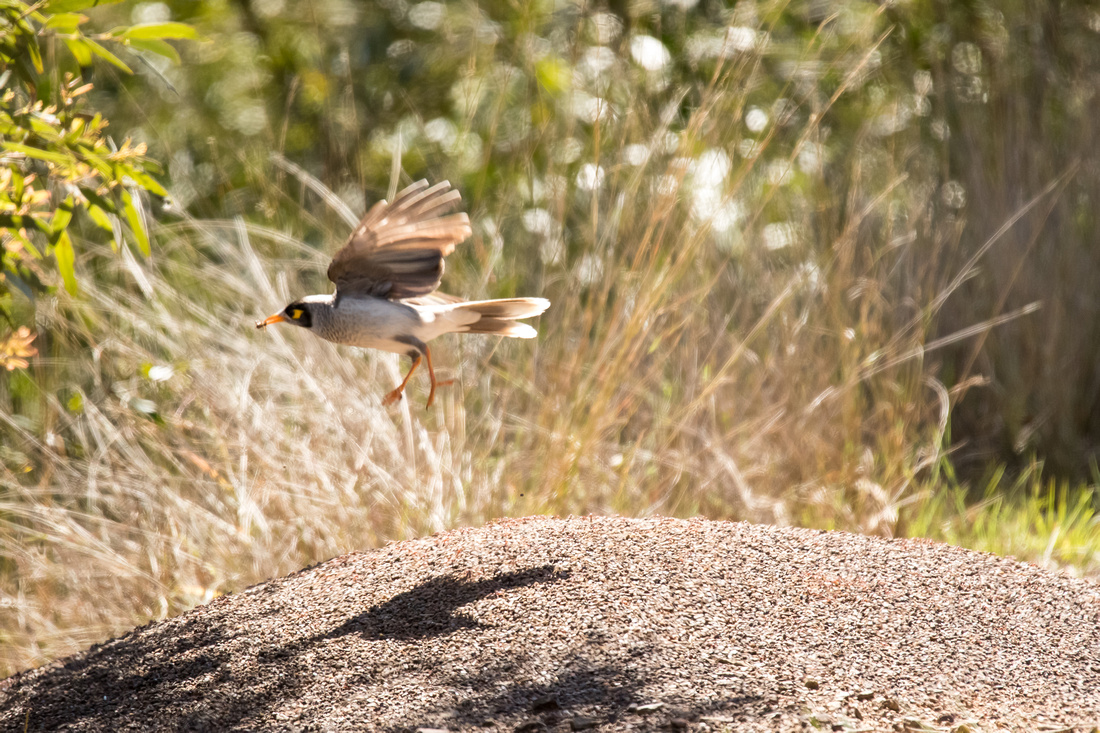 As I walked back to the car along the trail I came across this Australian Raven (Corvus coronoides) unfortunately the tail was behind the small tree and it soon took of so didn't stay around for a second shot. 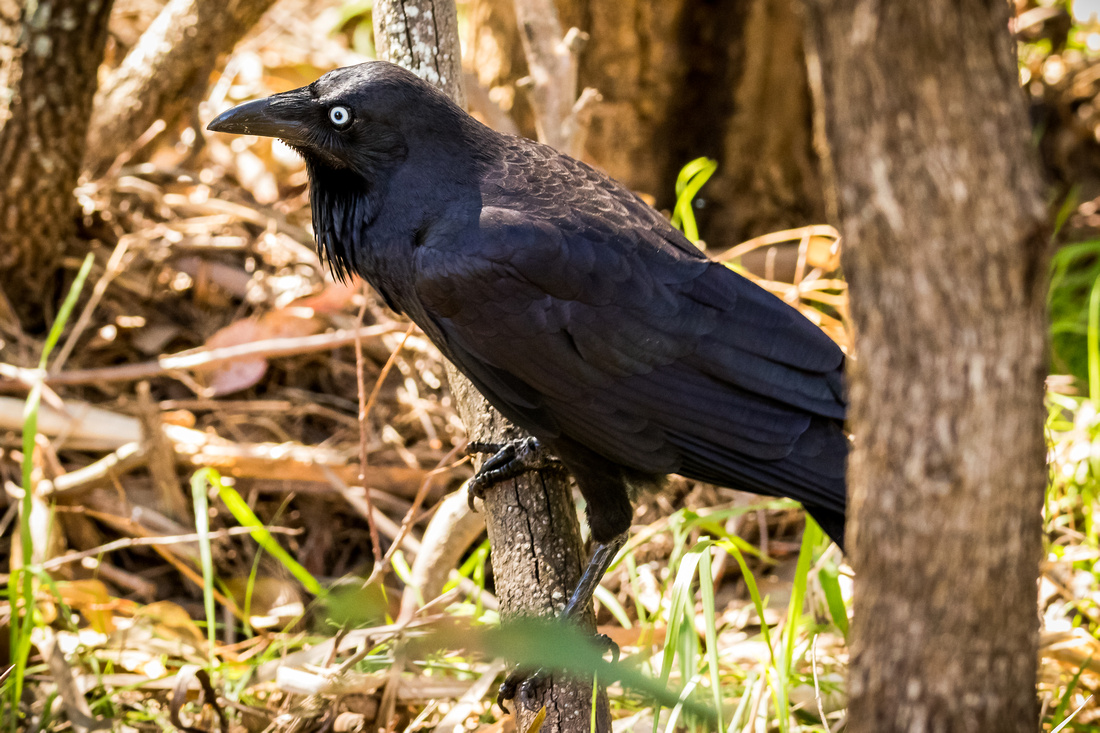 From there I drove up to the connections gardens to see what was on offer there, being the start of Spring here the wild flower display of the paper Daisies was out in Bloom more on that later. But first I headed up looking to see what I could find in the way of mushrooms, When I saw this Eastern Spinebill (Acanthorhynchus tenuirostris) These ones are pretty quick but I managed two decent shots of these this week. 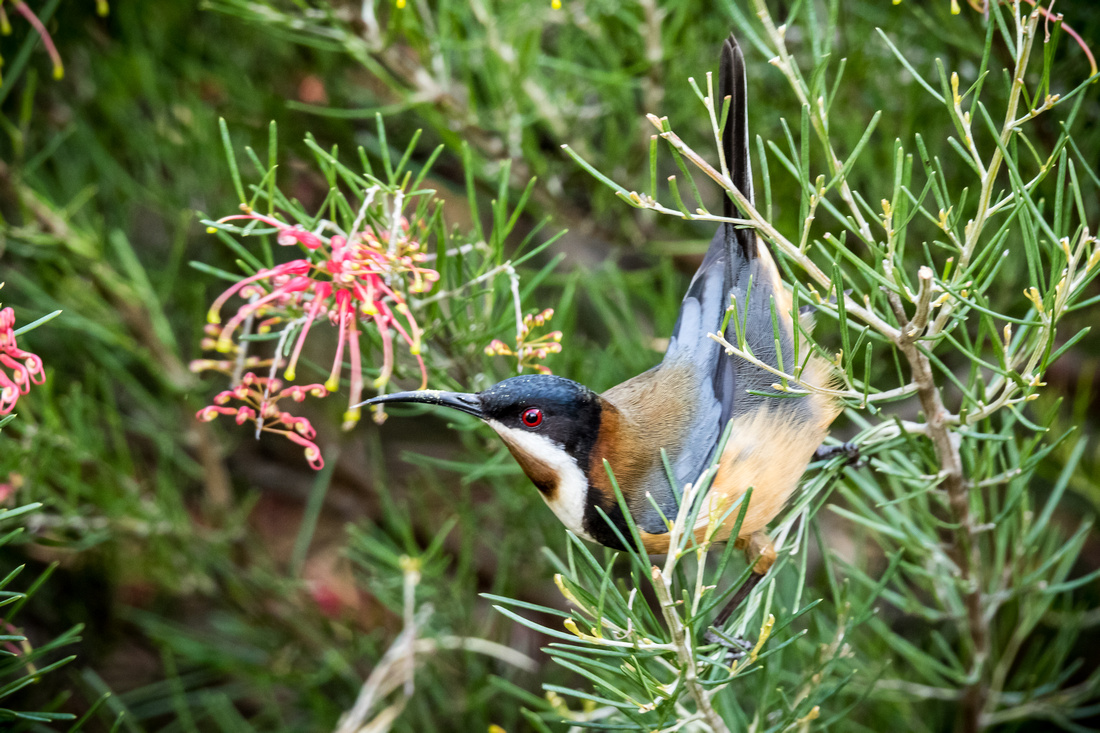 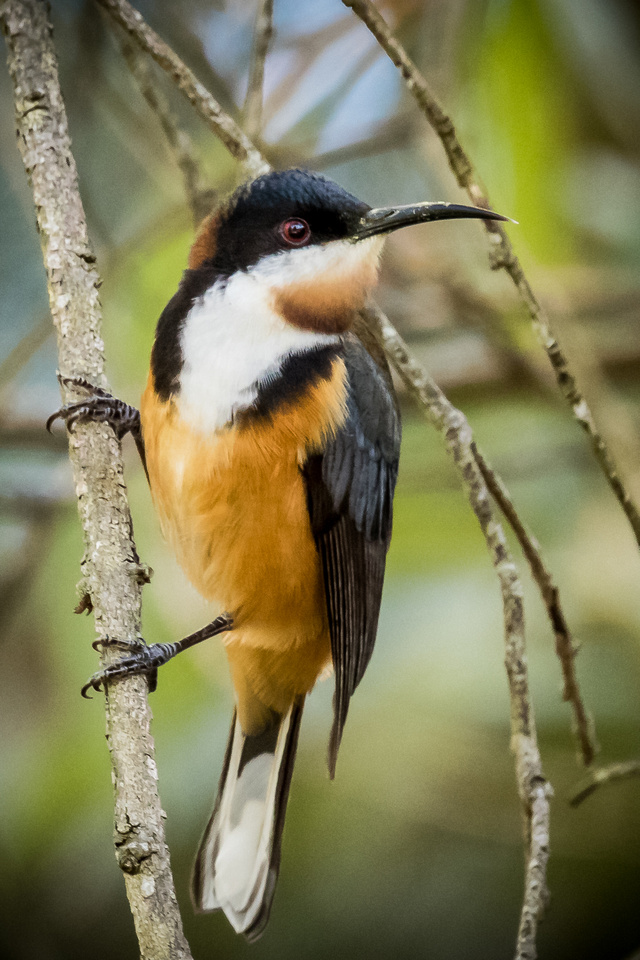 I also managed to find a small group of mushrooms so got a few different shots of these. 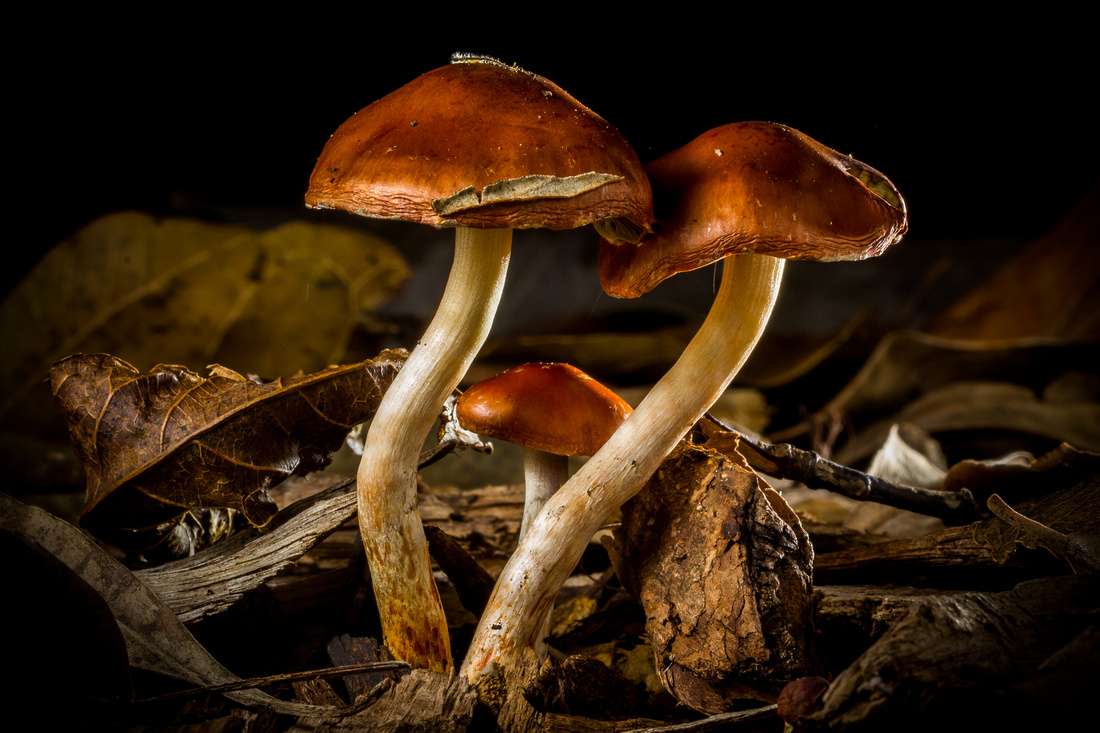 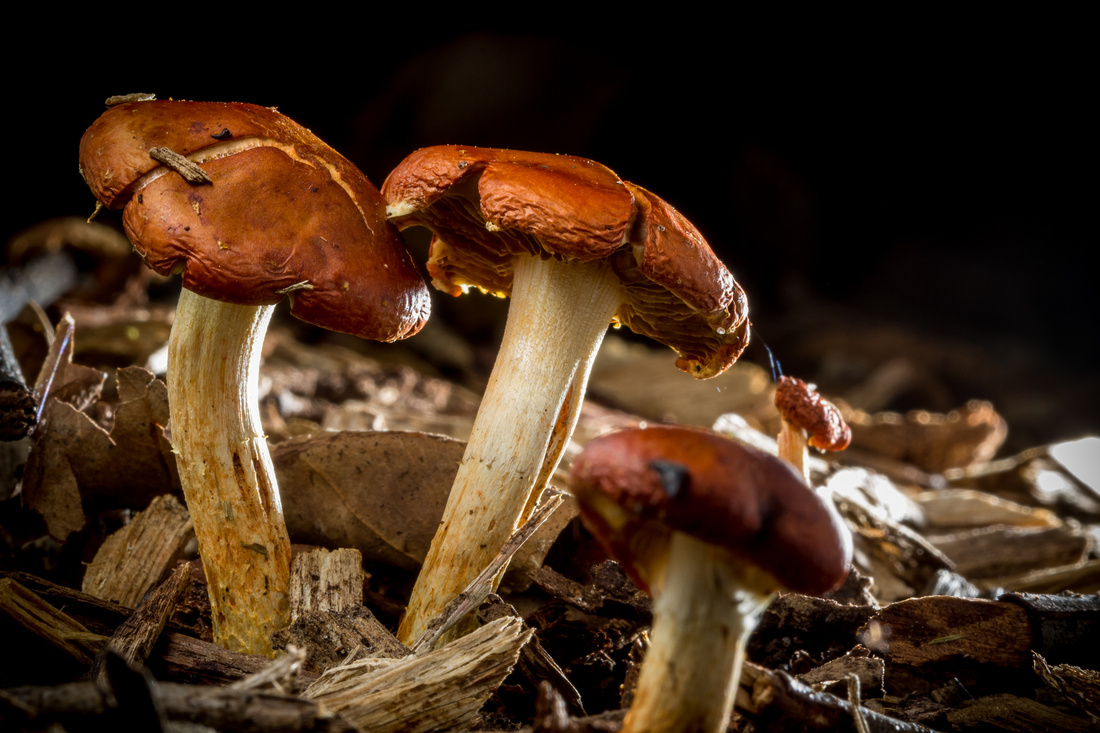 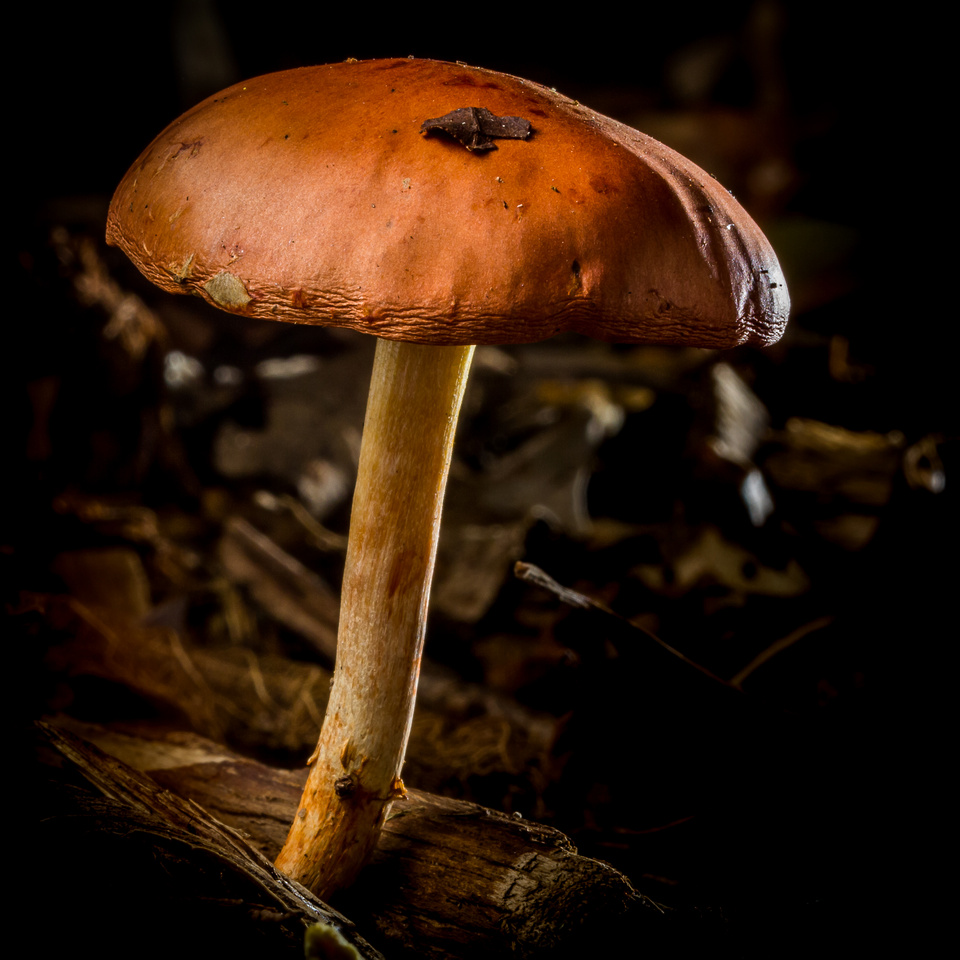 Lastly to end of this weeks shots the Paper Daisies (Rhodanthe chlorocephala) in flower opposite the visitors centre, This year earlier on in the year a large storm came through the gardens and several sections of the gardens were either Raging rivers or lakes, these garden beds were the rivers so large sections were washed away and had to be rebuild up and replanted. The Daisies are now in flower and make a great display but not as thick as previous years so guess the storm took its toll, think they have another week or so before they will be at their best. These are native to southwester Western Australia. So a few shots of these to end this week. 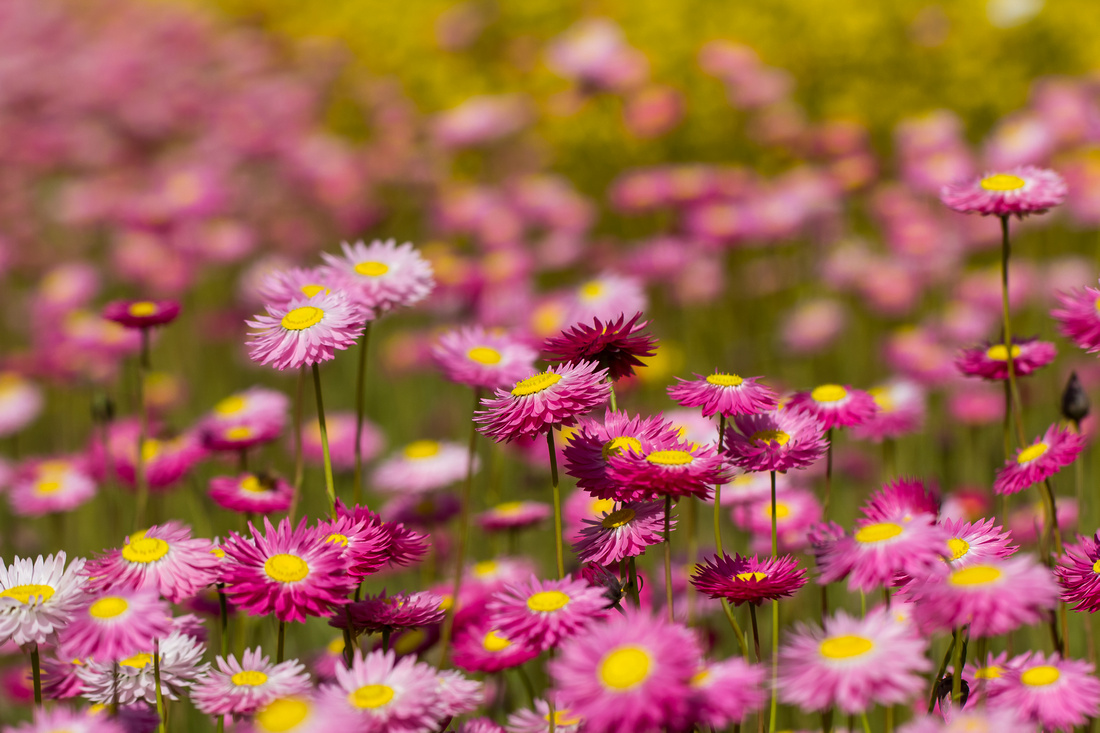 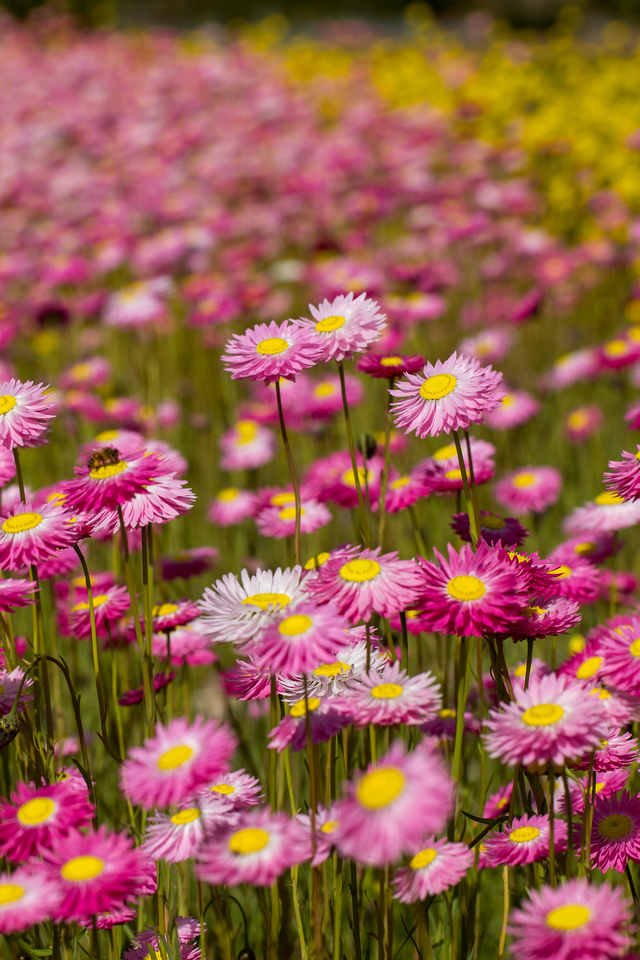 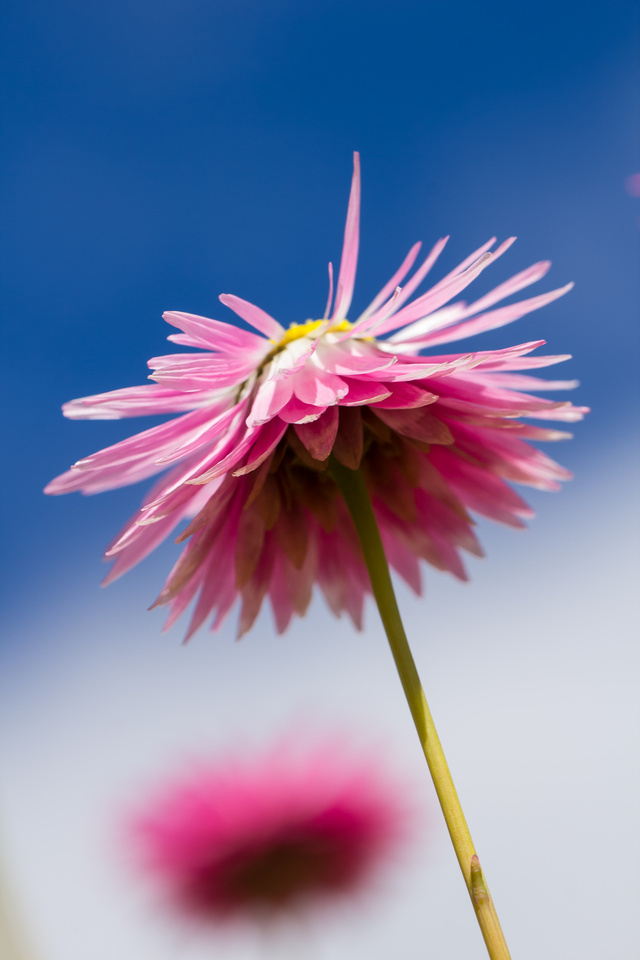 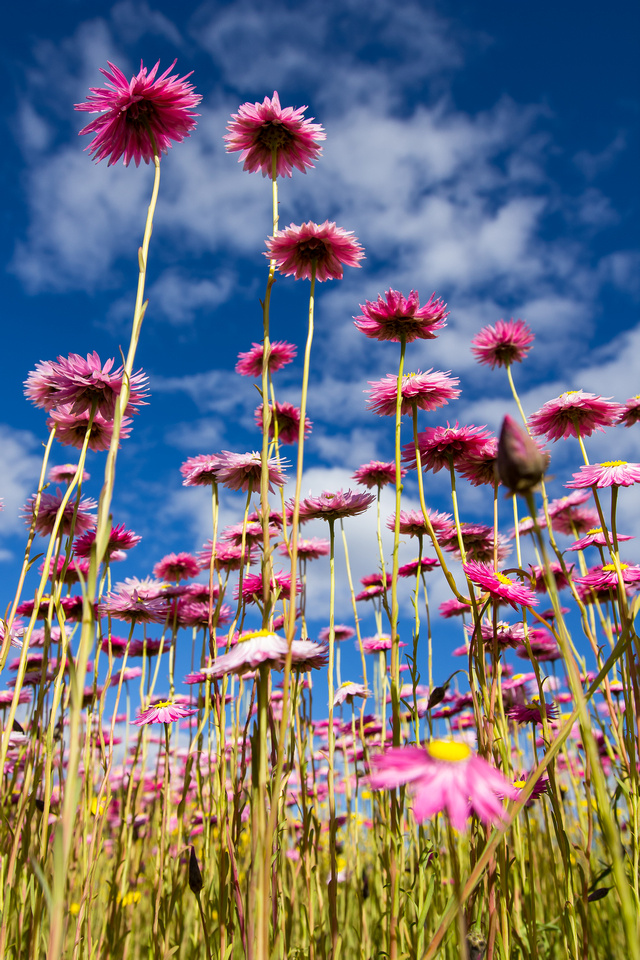 So after two weeks of no shooting, back into it this week with a few good shoots. We'll see what this week brings, feeling much better now thought the cough still hasn't left me yet, but doing much better. So all good.

Thanks for dropping by this weeks blog, be back next week with more.