Welcome back to my weekly blog. This week like the last few I'll start off with a quick wrap up of where in the world my Blog was viewed this week.

Coming in at Number one this week is Norway with the most visits, followed by the USA then Australia. Next up on equal footing is the United Kingdom and Italy, the rest are all with one view each been Spain, Malaysia, Philippines, Pakistan, Slovenia, Ukraine and South Africa. So, 12 different countries this week.

Back to the weekly Blog, this week’s blog will be a walk-through of the shots taken last weekend in the Australian Botanical Gardens, Mount Annan.

I started off around the Plank Bank in the Gardens and right opposite the plant bank is a small dam. This shot, complete with reflection is of a young Dusky Moorhen (Gallinuka tenebrsa) on the branch leaning into the dam. 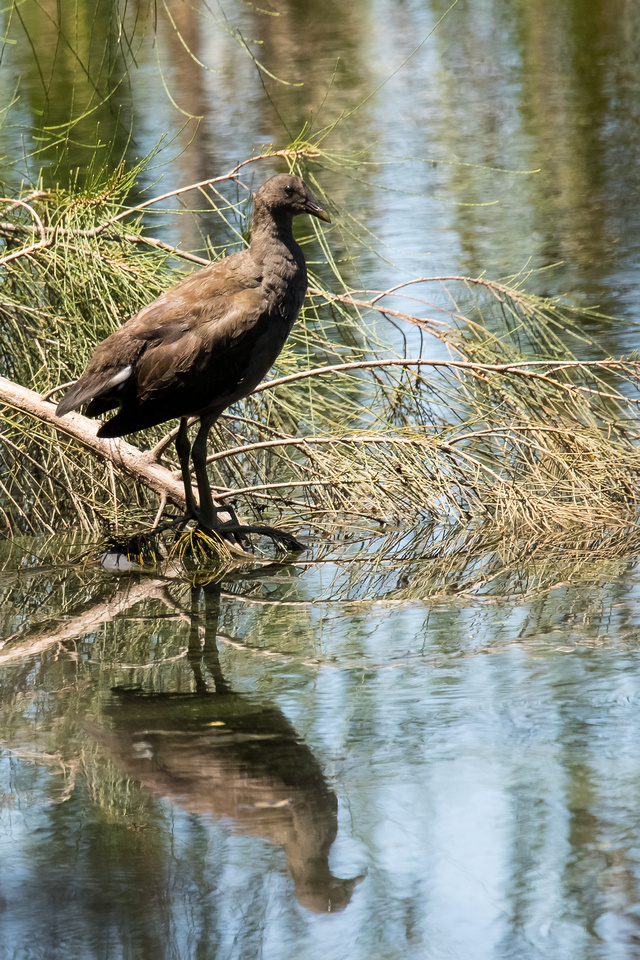 Bird shot wise this week wasn't so good wiht most deciding this week to hid behind a leave, stick or grass so a lot of the shot this week were like the one below with a leaf in the wasps well as the other greenery. This ones of a Bell Miner (Manorina melanophrys) But this shot like so many this week not a clean shot. 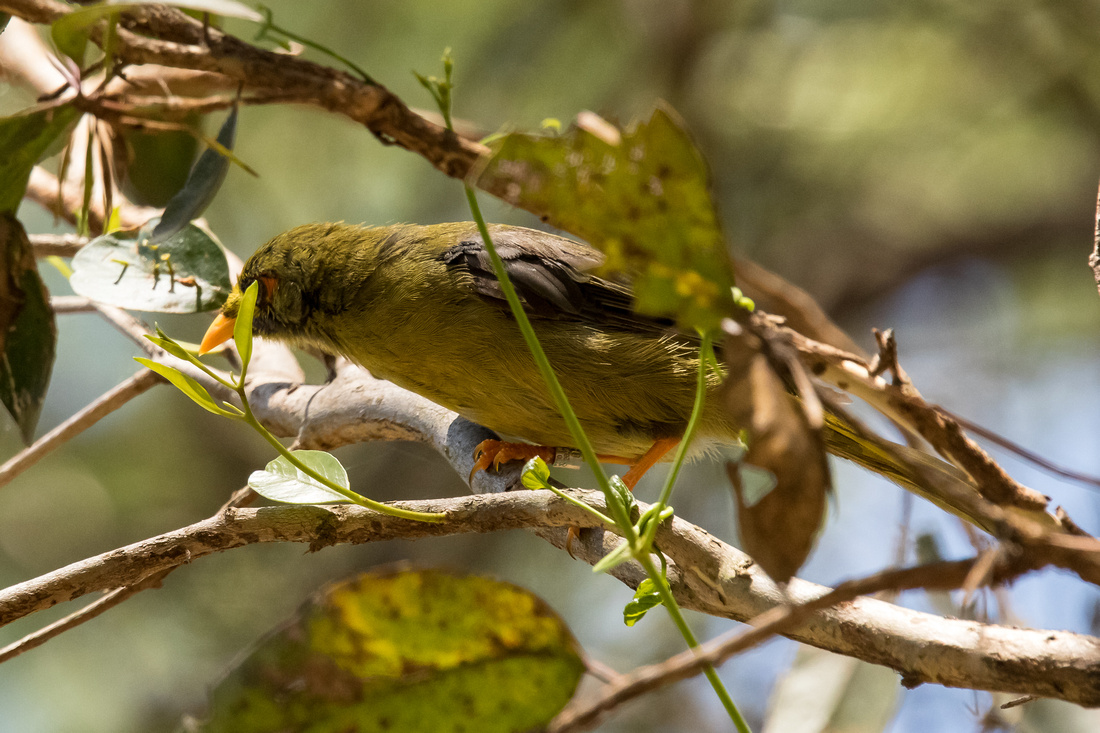 This ones of an Australian Raven (Corvus coronoides) This one was breaking off the bark of the bank looking for the insects that had followed out under the bark. You can see the spray of dust int eh shot to the left as it works at the bark looking for a quick feed. 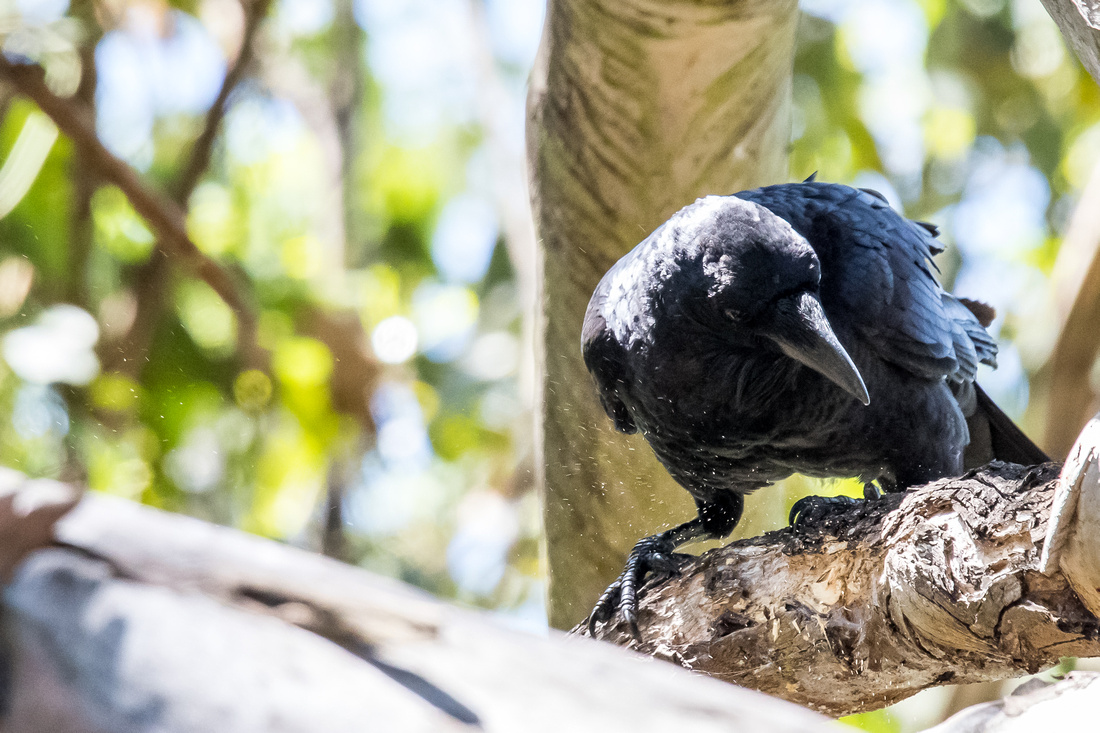 The Superb Fairy-wrens were about as usual around the stolen generation memorial. This time I got a clean shot but a little two far away, It really wasn't a goo bird shot weekend this week. 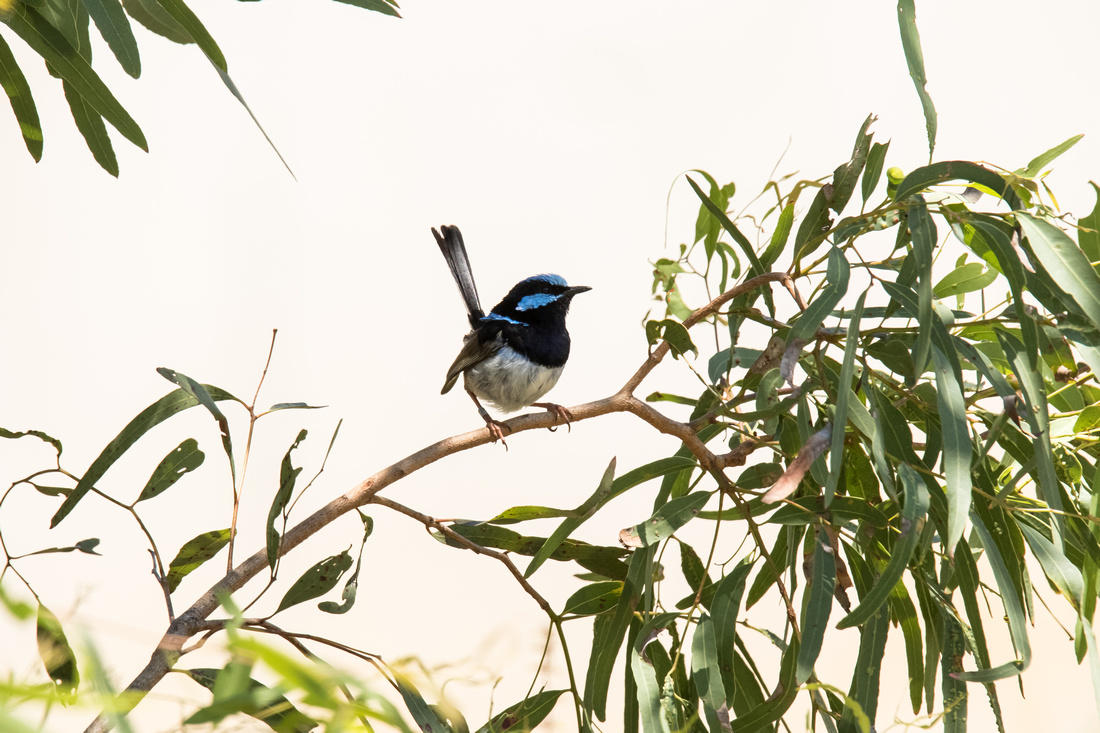 From there I walked along the water supply canal and then to the other side of it once it goes underground. There is an open woodland area on the other side of the canal and walking around the large gum tree shown below I could hear a noise of someone gnawing away at the wood. So walking around the tree, and being careful not to get under the limbs of this one, as the next shot shows quite a few of the large branches have already given way on this one. 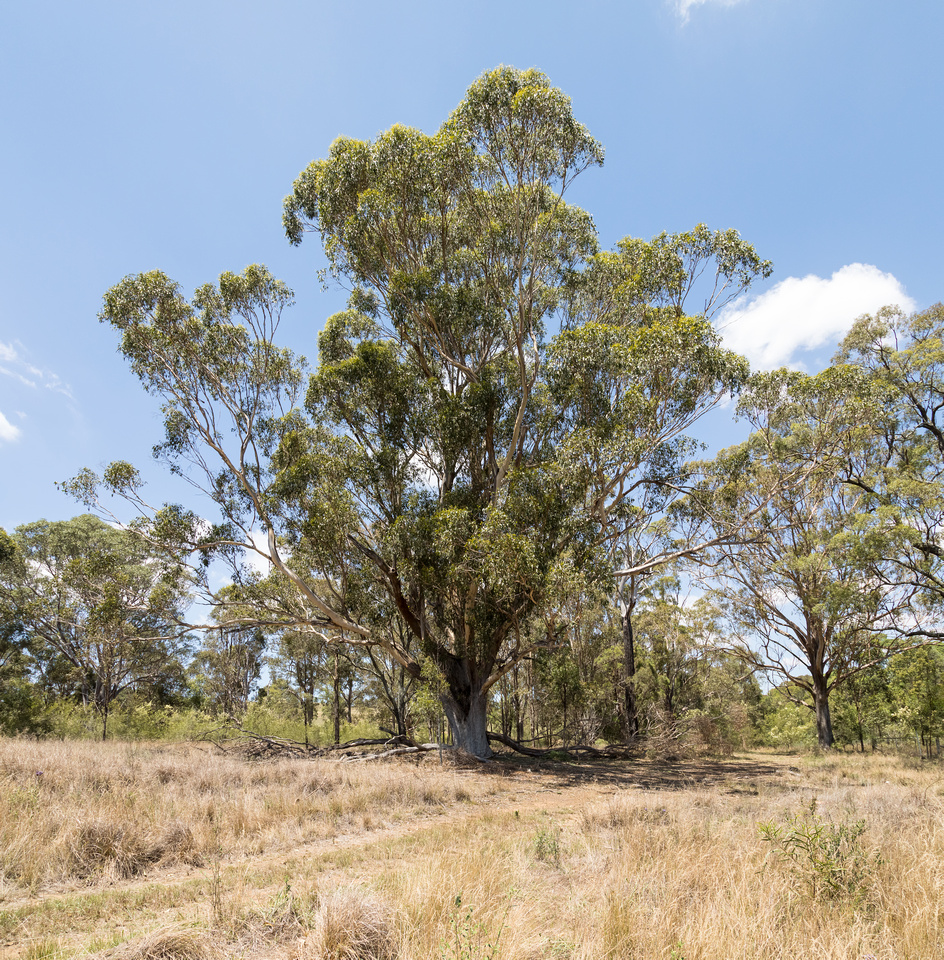 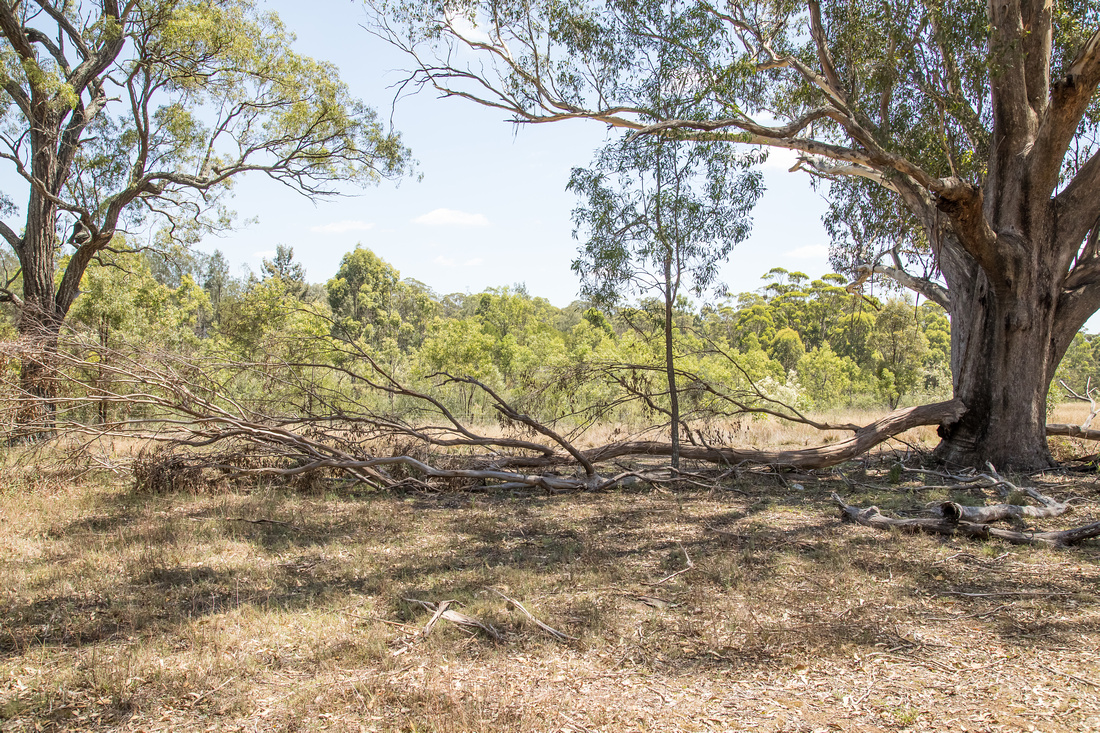 I found this Galah (Eolophus roseicapilla) working on enlarging the hollow, Its partner was on the next branch up watching on to make sure it was all going to plan. 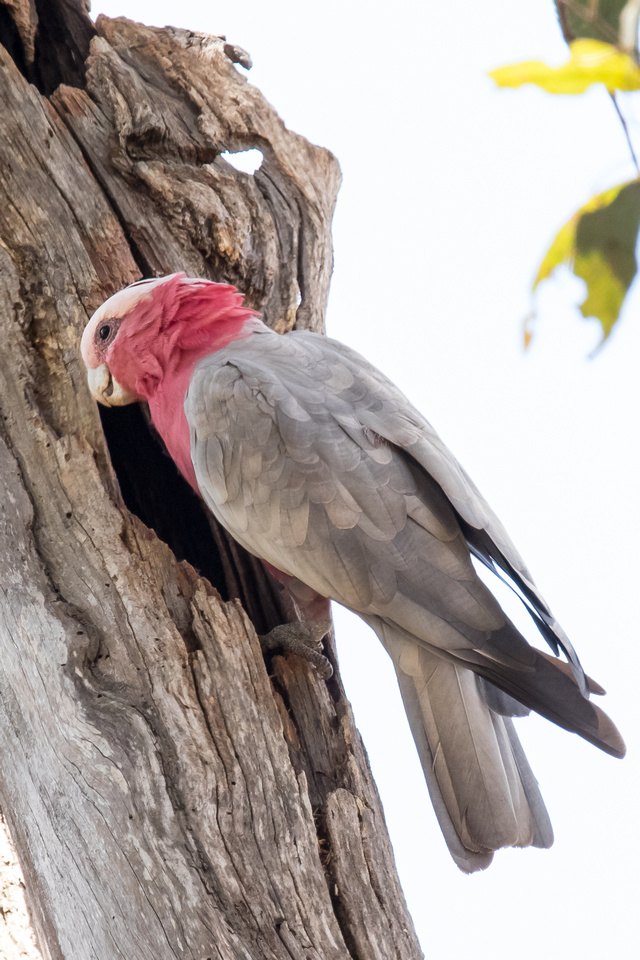 From there I started to head back to the car, but thought I might try my hand at a shot of the plank back. This shot is actually two shots merged together in HDR (High Dynamic range) format as the variation in brightness for the open concrete in the sun to the shadows was to much for the camera so its two shots one exposed for ht concrete in the sun the other for the shadows under the building. This was hand held for the two shots, then merged together in light room wither HDR tool, as a quick job it came out OK,  have to come back and give this another go later on with the tripod next time. but as a quick go it came out OK. 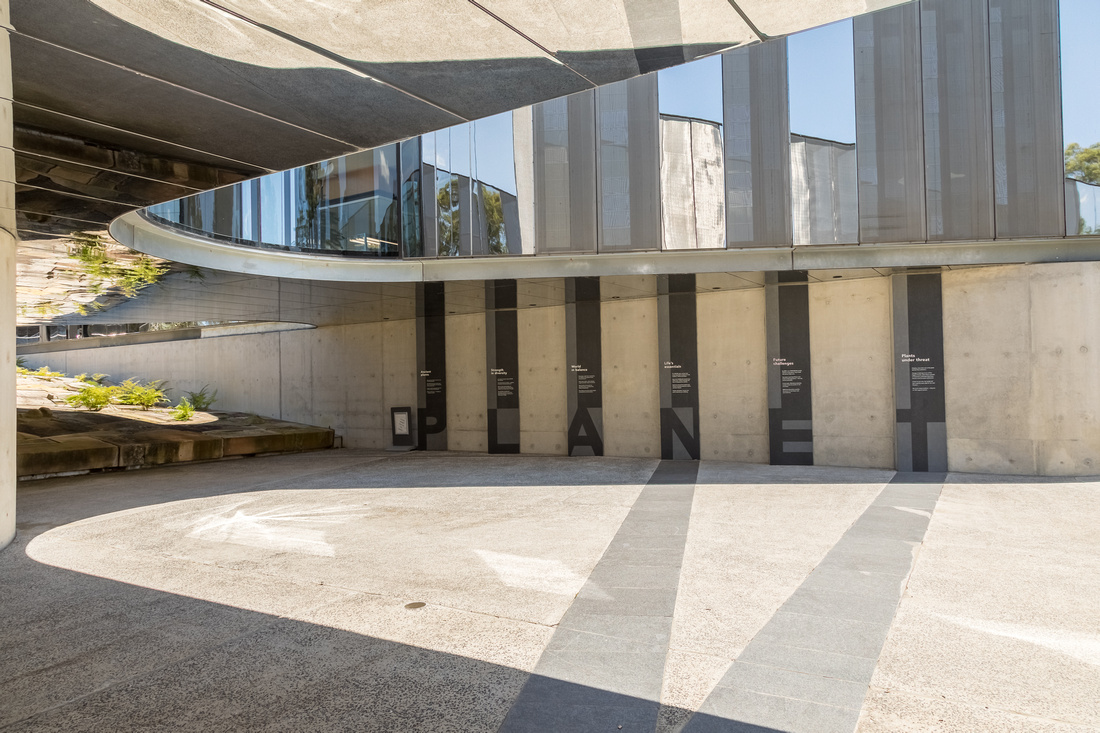 From there I Drove up to the Wollemi walk area, which is now partially closed off for some works. This is one of the areas in the gardens were these is nearly always mushrooms to be found and this week I was in luck, only the two and one of these was no longer in the ground, but this was the shot of the week for me. Happy with how this one turned out. Lit with two off camera speedlites, one wiht a brown gel to give the warm light to the shot. focus stacked for 12images this time to give the sharpness to the mushrooms. 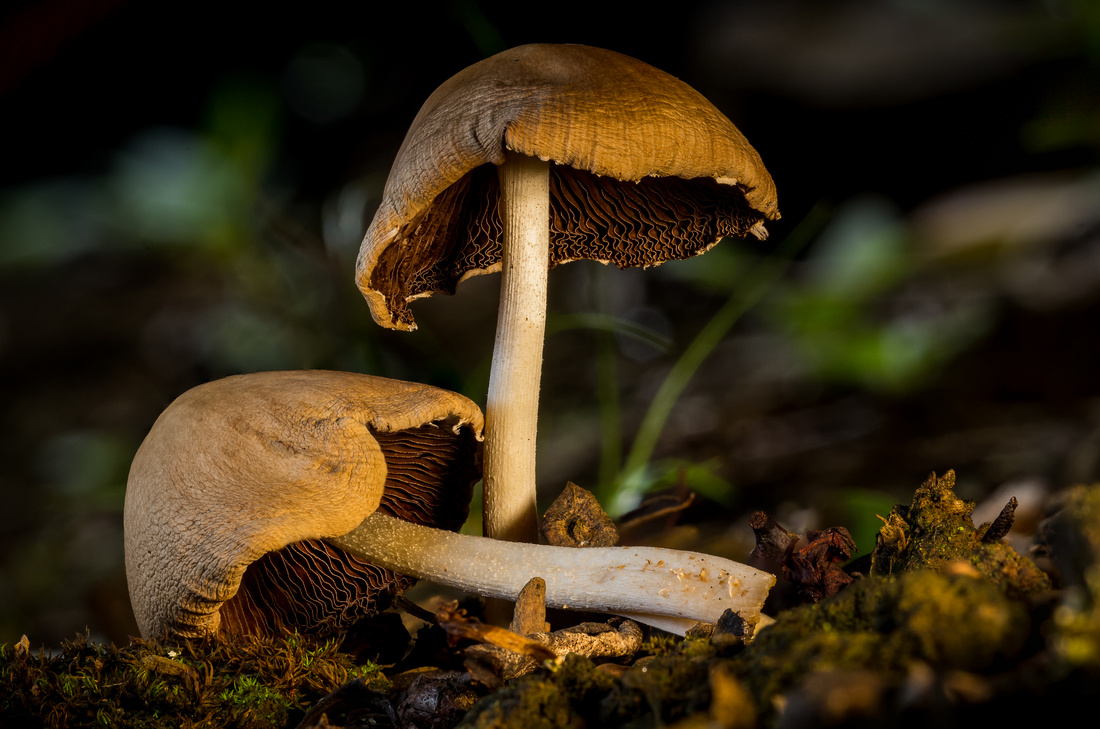 This last shot for the day is of a young Eastern Spinebill (Acanthorhynchus tenuirostris) working its way through the Kangaroo paws. Again this one was pretty good at making shot it was always partially covered by the Kangaroo paws and after about half an hour this was the best I managed. 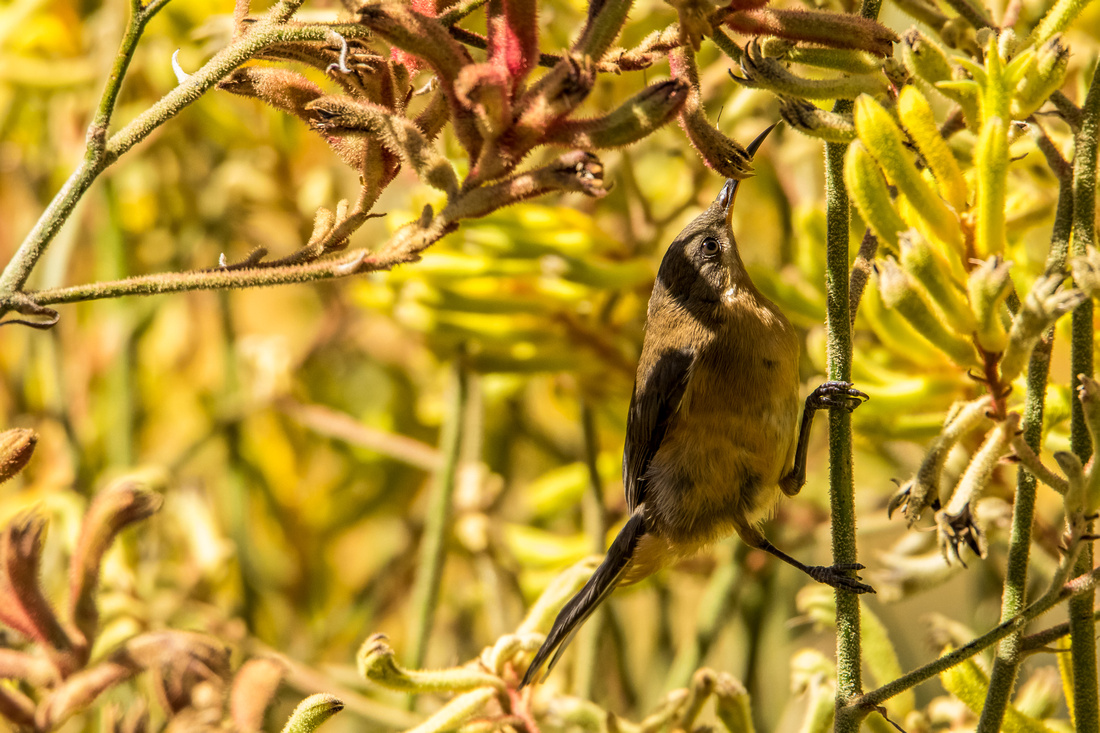 So not a great week for bird shots this week, but happy with the mushroom shot for the week. We'll see how we go next week.

So thats it for this weeks blog.