This week’s blog post is a look back at the shots taken in the Australian Botanical Gardens over the last few weeks over Christmas. I didn't get to go out with the cameras as much as I would have liked to over the break as back on the bathroom renovation works again, tiling the second Bathroom floor, so only got out twice during the time off.

First up I started a walk from the plant bank along the board walk, in the small ponds at the start of the woodland area is some bulrushes and I noticed some movement in there. So looking closely I found this red-bellied black snake (Pseudechis porphyriacus) in the water swimming around after a while it came out and into the grass around the pond. 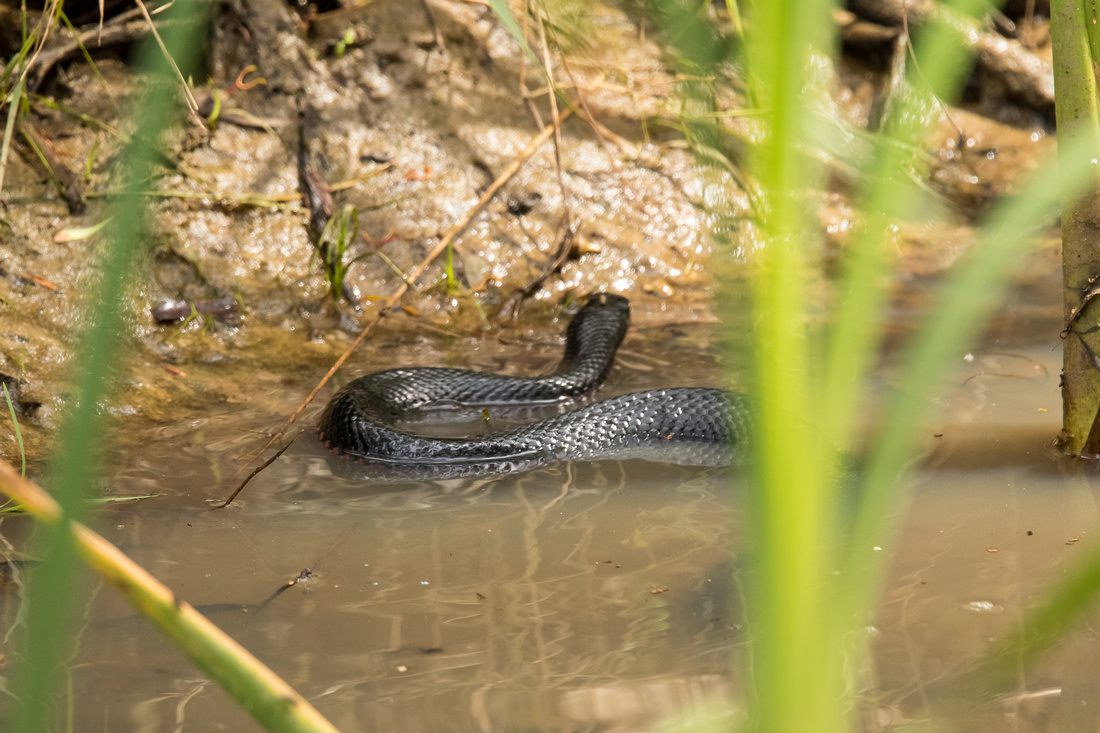 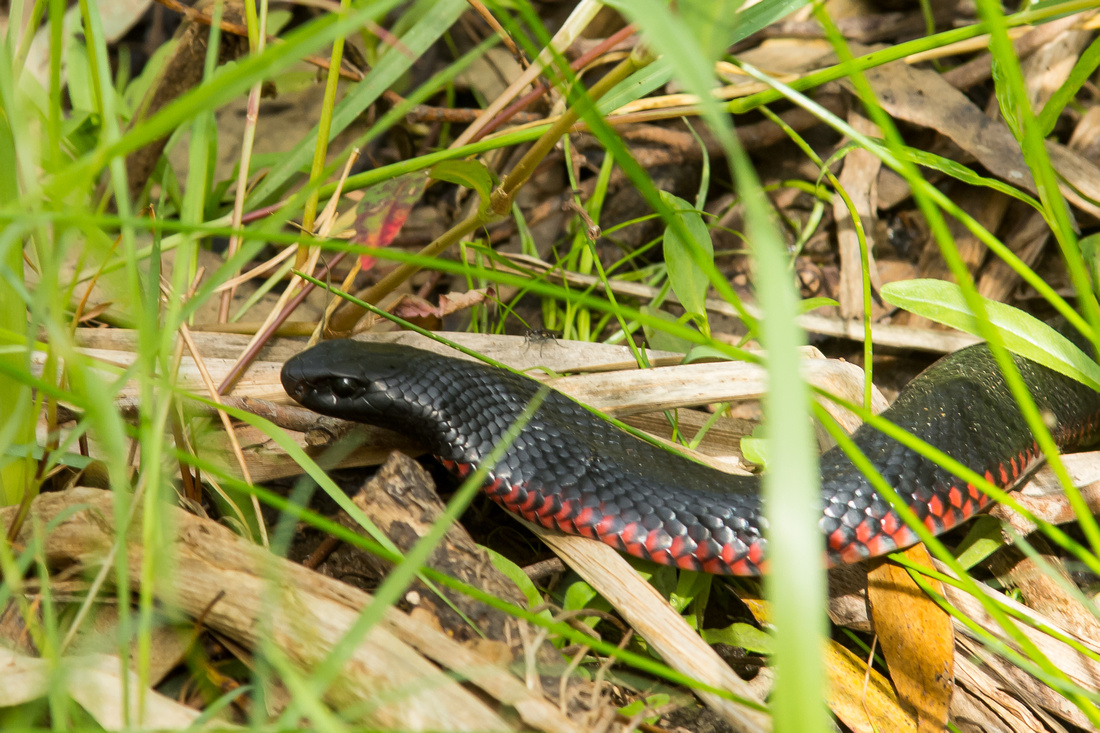 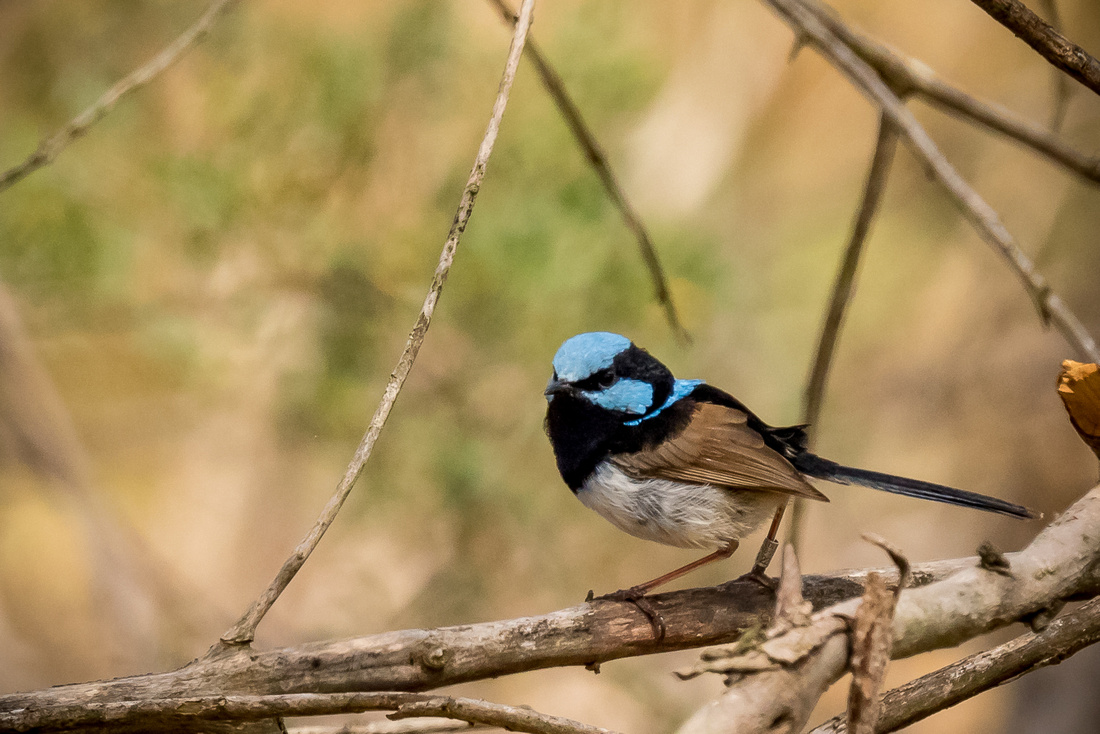 A few Superb Fairy-wrens (Malurus cyaneus) were about in the area but not too much else of not for the day around the stole Generation memorial area. I did meet a couple on their last day in Australia from Scotland (Philip and Sheila) who said they had seen some Tawny Frogmouths in the Banksia Garden, Not having got a shot of one of these yet in the gardens I decided that was my next stop. So after not finding anything else here I drove down to the Banksia Garden area. I got a good description of where to look so went straight there. First think I found was  a few Australian King Parrots (Alisterus Scapularis) abut so I managed to get this shot of a female from a distance. 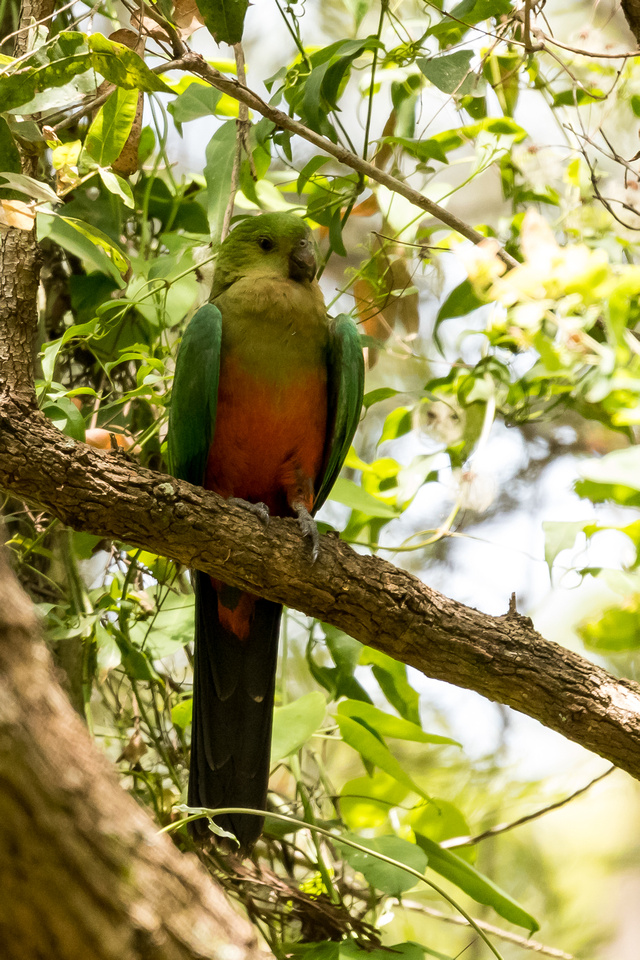 Then exactly where I was told the Frogmouths were I found them, three of them. You can certainly see how they camouflage themselves to look like tree branches. I managed the first show with the eyes open, but the rest are partially closed.  Still happy with these shots. 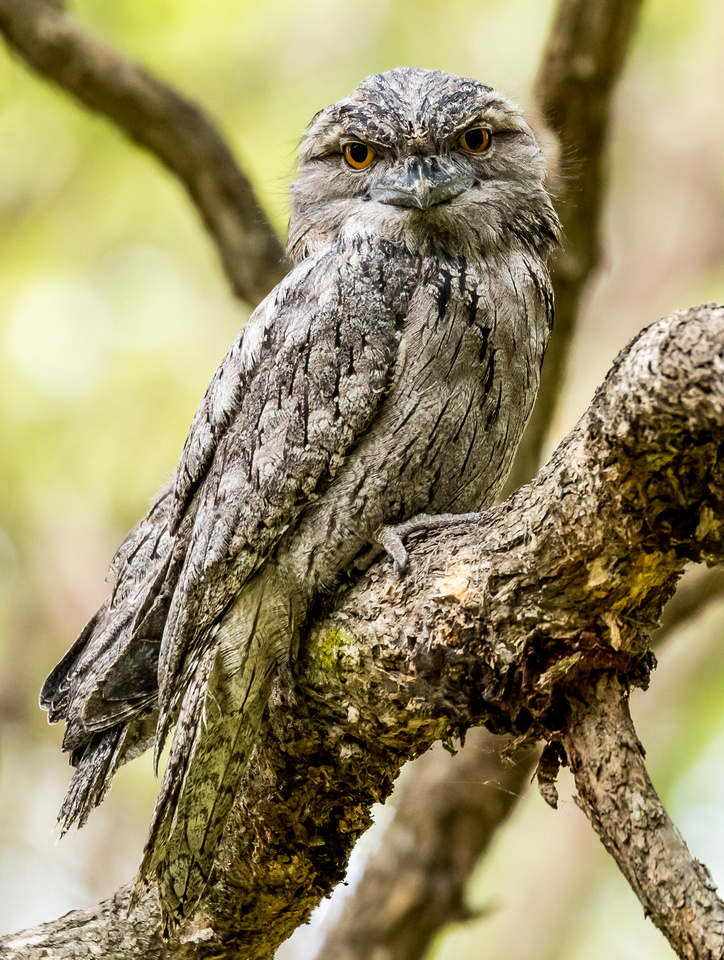 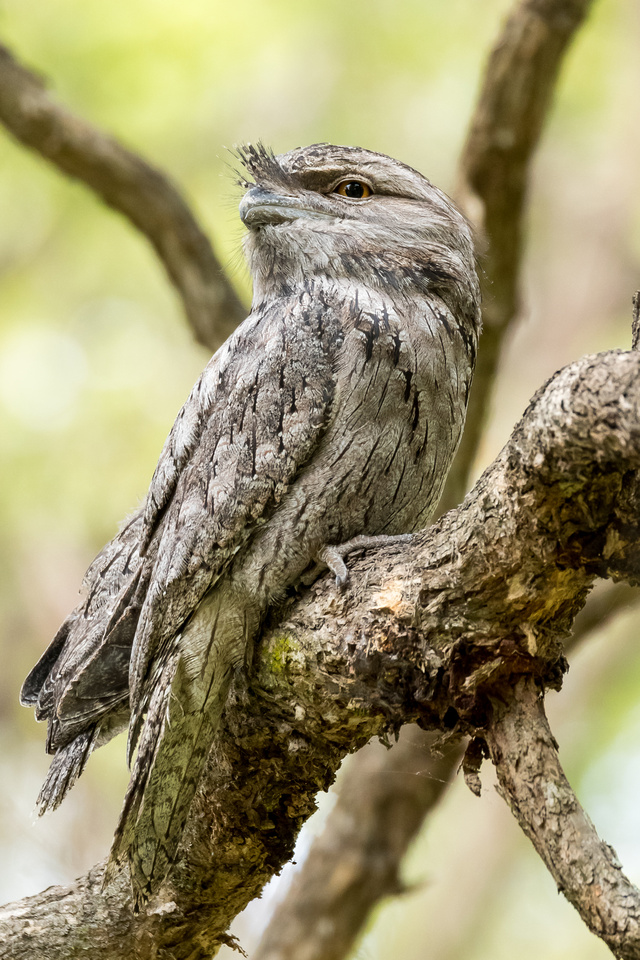 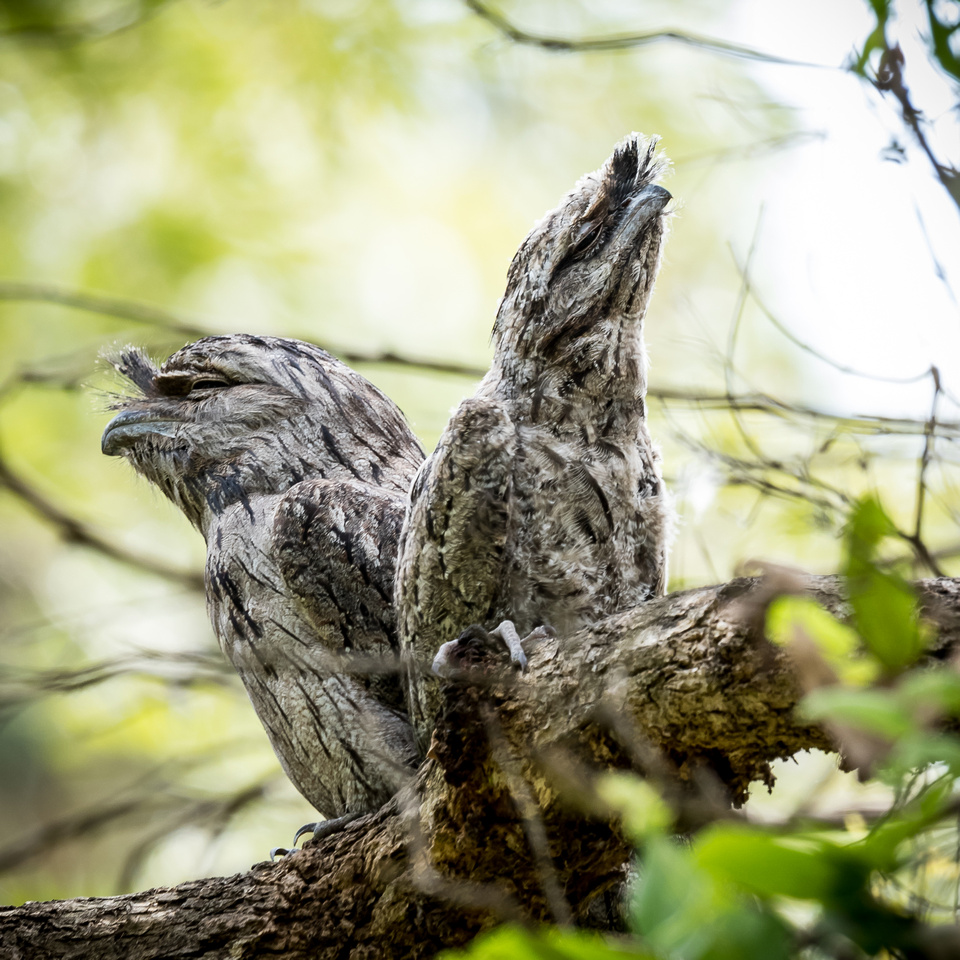 On the last day of my holidays I went back into the gardens to see what I could find after a few cooler days and some light rain I was hoping for some mushrooms this time round. Been a while now since I had found any in the gardens. First up another new bird to cross of my list a Rufous Whistler (Pachycephala rufiventris) high up in the canopy, I’d spotted it last time but didn’t get a good shot, this week a little better but still not the best quality, I’ll have to keep an eye out for these in the coming visits to see if I can get a better shot. Hopefully they will come a little lower to the ground. 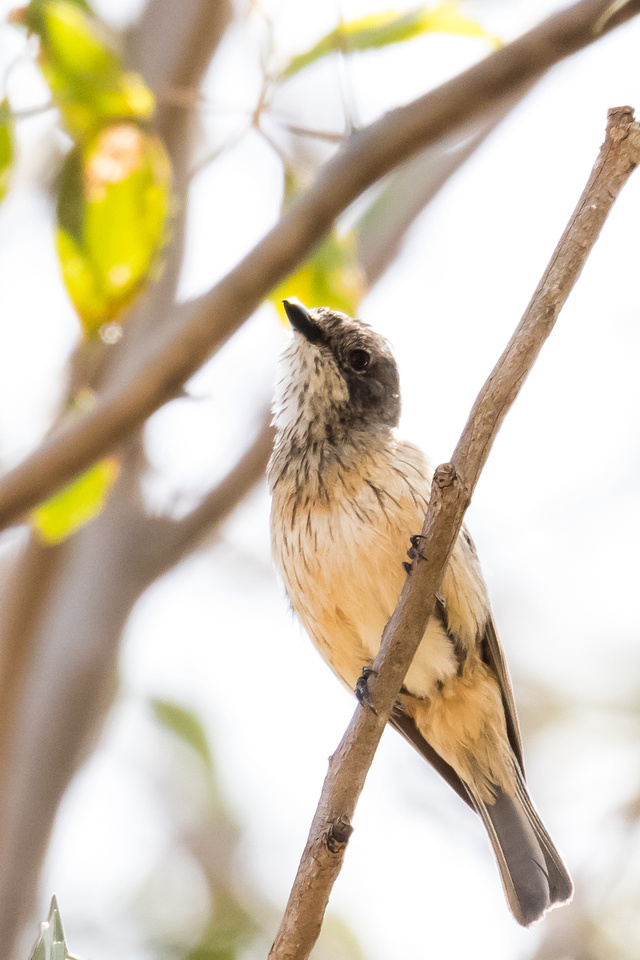 This shot captured it in full song. 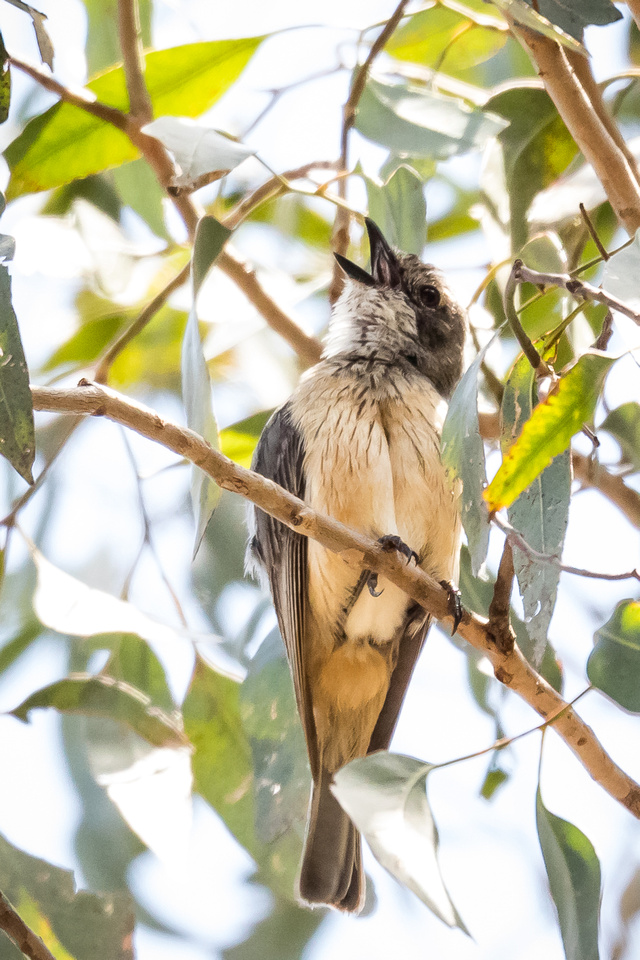 This next shots taken in the dam opposite the plant bank and is of a young Dusty Moorhen on the hunt for reeds at the bottom of the dam. 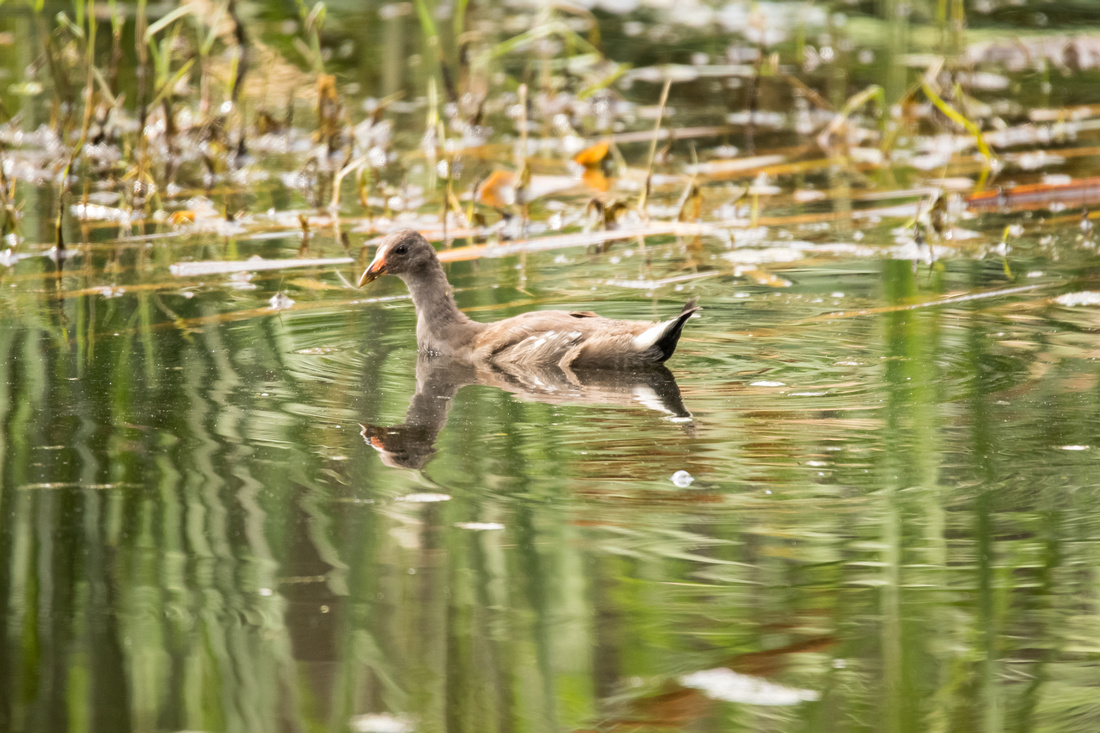 While walking along beside the cannel there I spotted this young Fan-tailed Cuckoo (Cacomantis flabelliformis), I didn't see what the host bird to this one was after waiting a while, would have made for a good shot if its still being looked after. Another thing to look out for next trip. 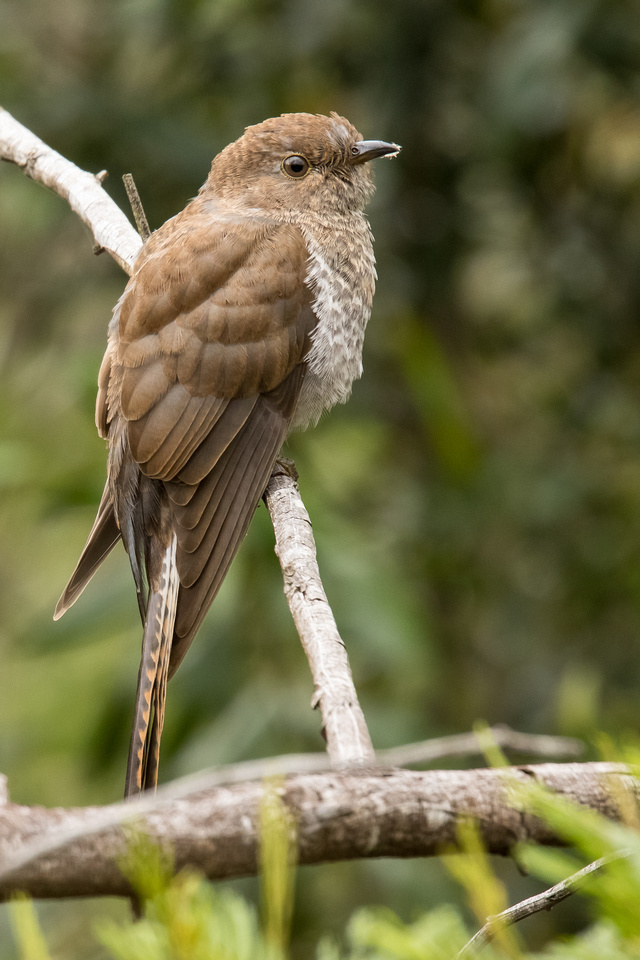 The woodland areas and most of the gardens are full of these next ones the Willie Wagtails (Rhipdura leucophrys) Theres not to many places in the Gardens you don't find these filtering about. collection insects as they go. 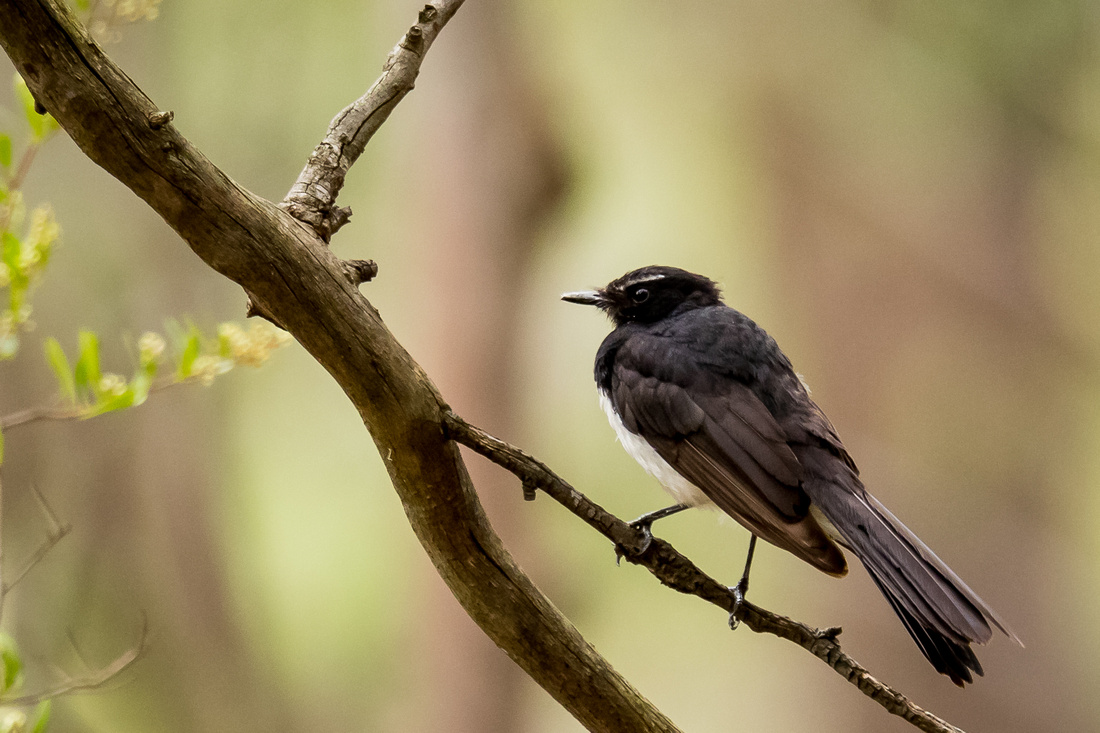 A small family of Variegated Fairy-wrens (Malurus lamberti) are often found around the area where the stolen generation memorial is located in the woodlands. 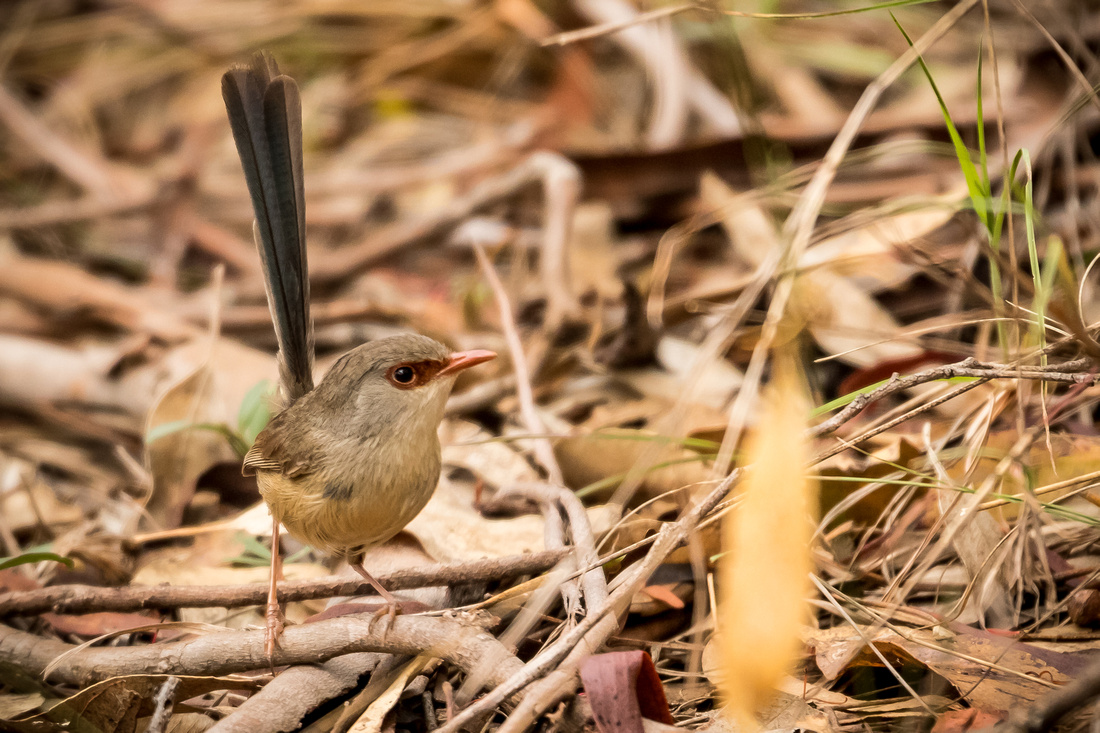 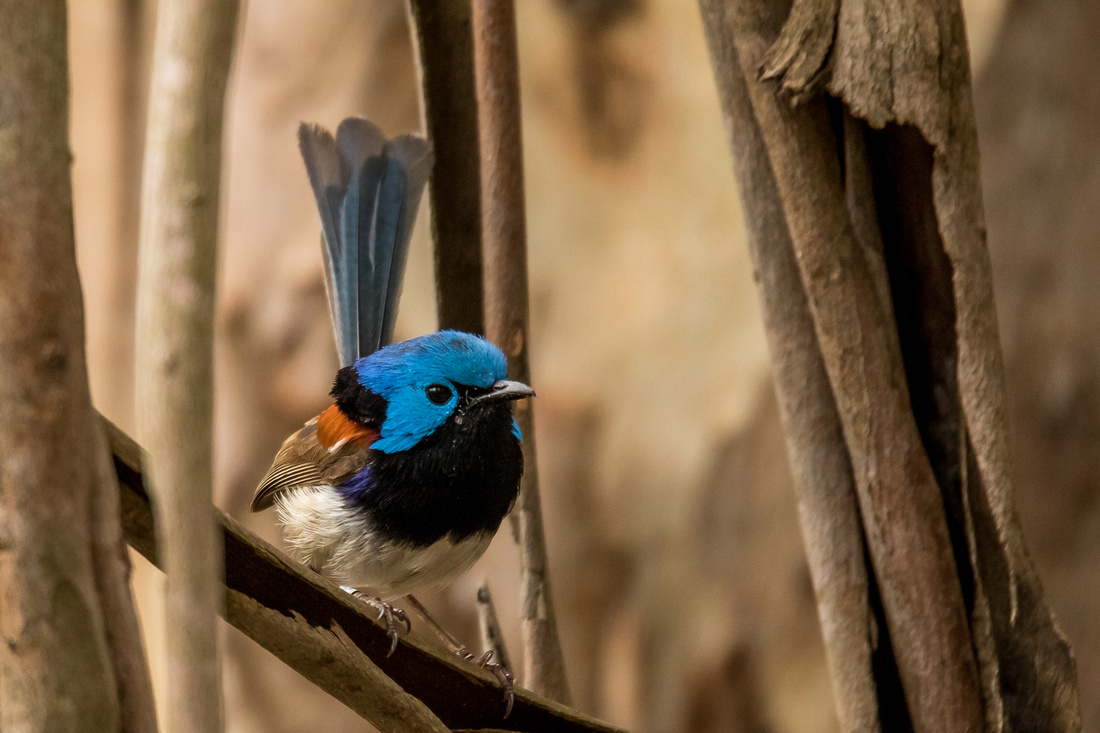 This ones not the cleanest shot but shows the broad shoulder patches across the the back as it flys up to the next branch, been better getting a cleaner shot with out the sticks in the way, maybe next time round. 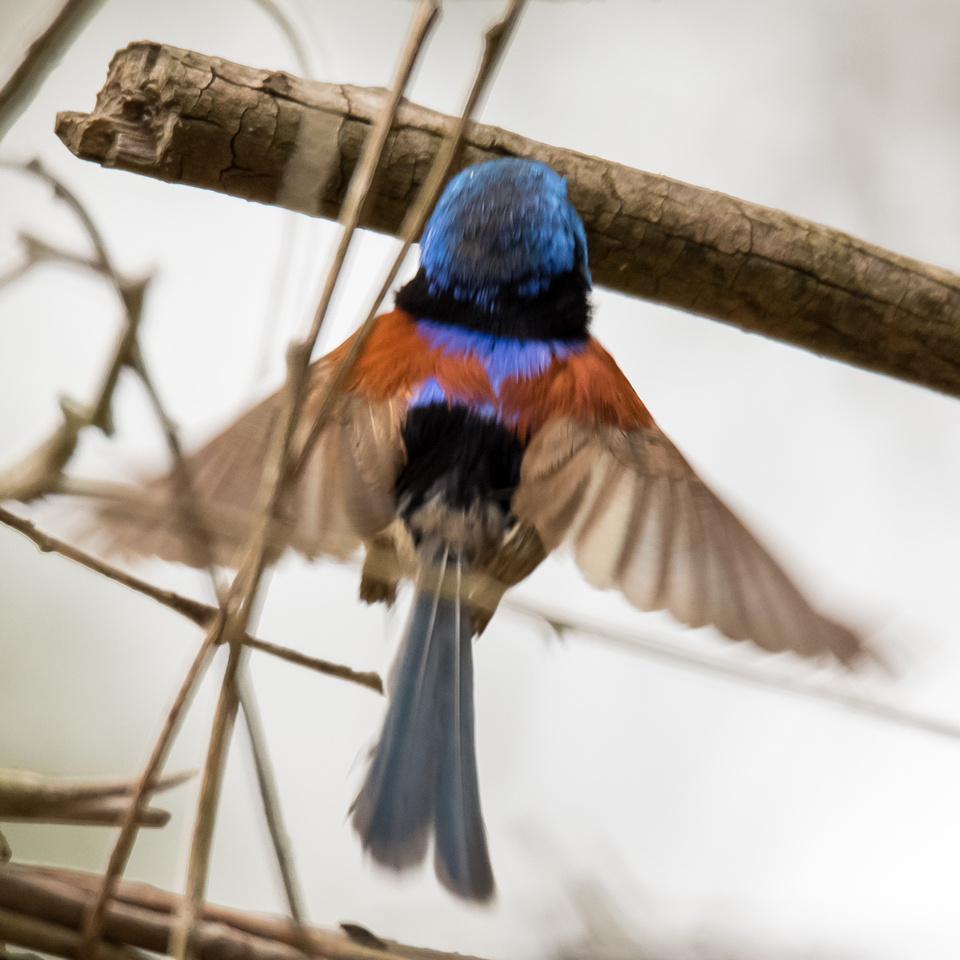 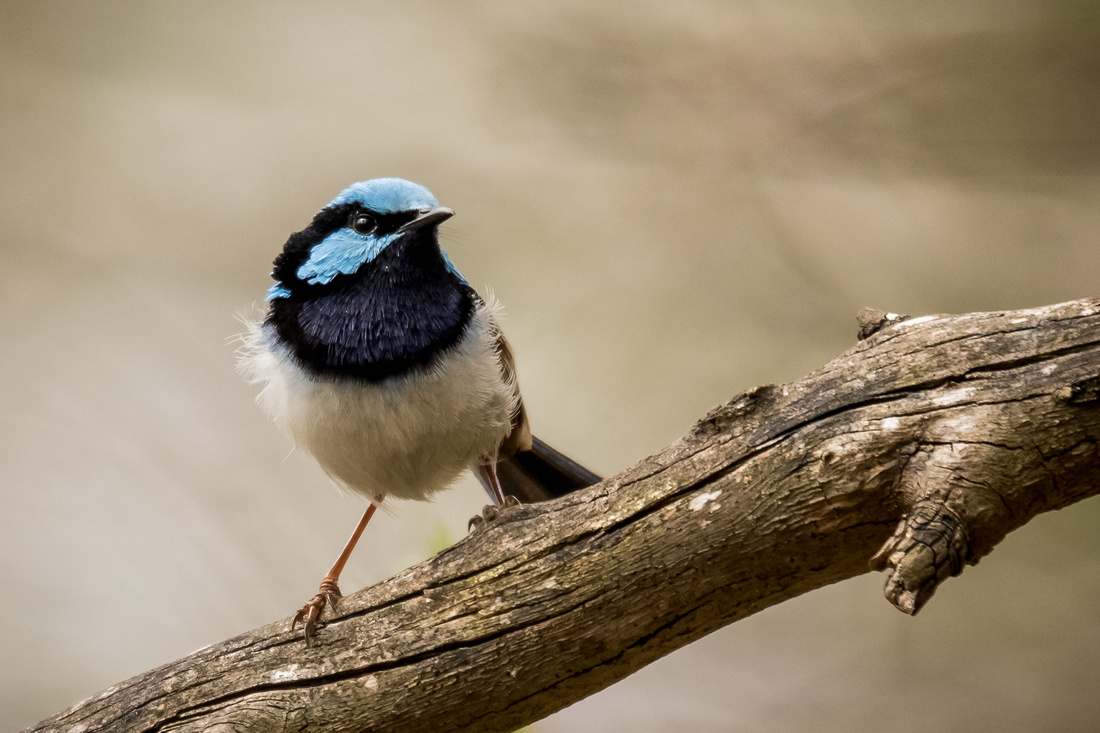 After all the hot weather of late a few cooler days and some rain as well seemed to have bought out a few mushrooms, well two anyway. So I made the most of these two doing three setups with different lighting and angles to get these three shots of these ones. 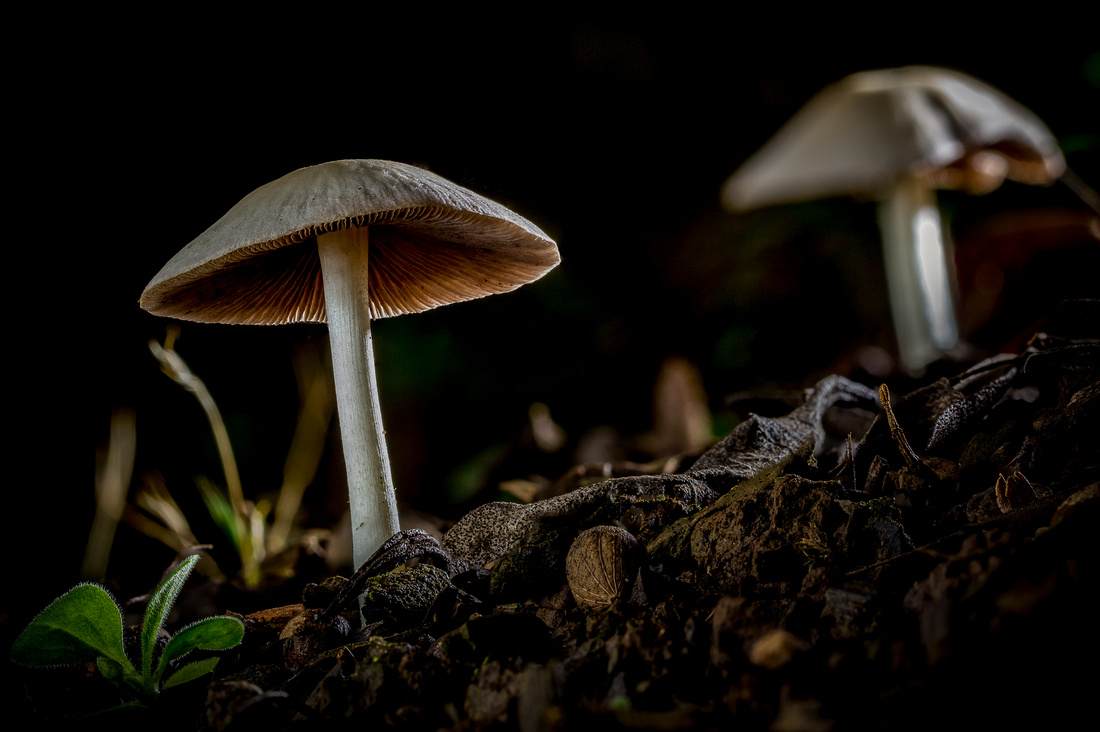 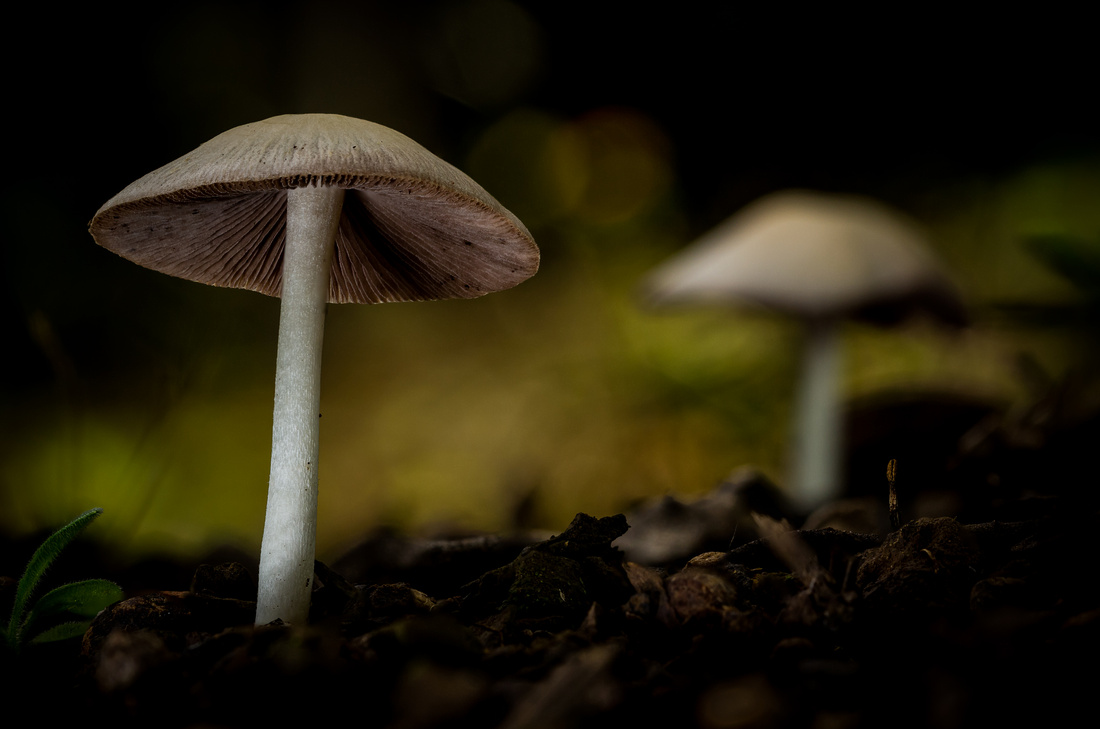 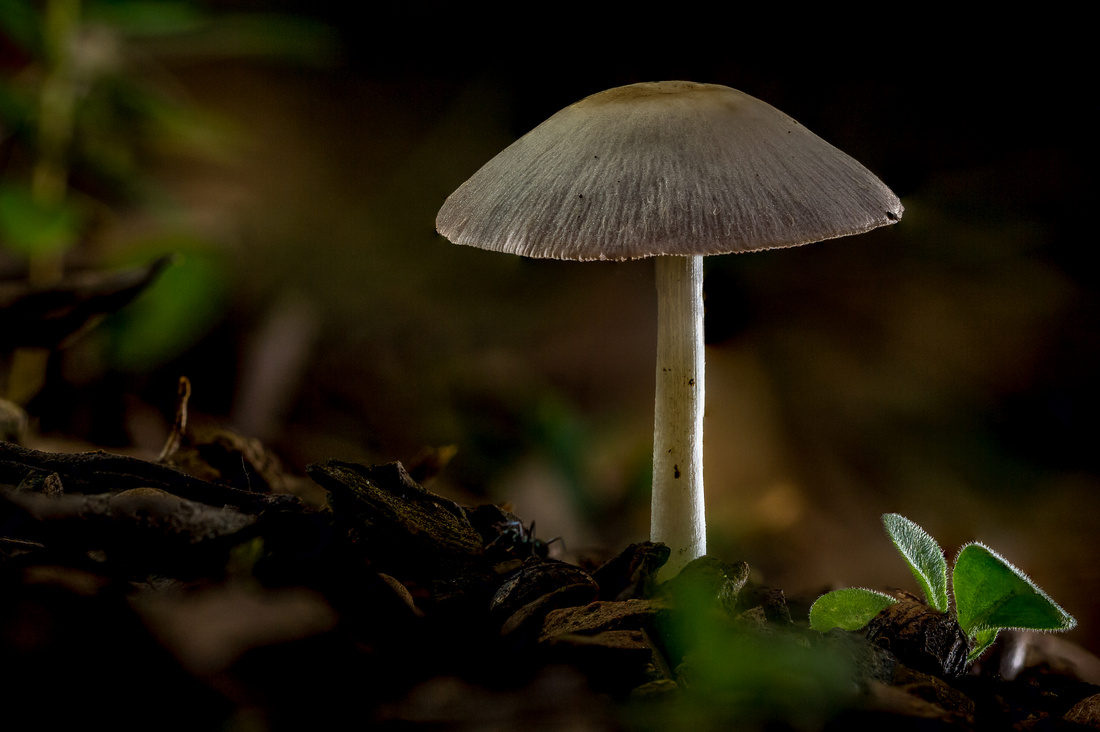 So thats it for this weeks blog a round up of the shots for the last two weeks with only two days of shooting, but still some good shots this time round, good to get back into the mushroom shots again after so long with out.

Thanks for dropping by my blog this week, I'll be back next week with the usual blog post. Till then take care. Back again next week.