Well the blogs been sadly lacking these last few weeks, I've been on the road for a few weeks in Tasmania the southernmost state of Australia, the Island at the bottom of the east coast for those not that familiar with Australia. A photographer’s paradise. Plenty of stunning scenery and wild life, though surprisingly this time around not so many birds. In the coming weeks once I've gone thought all my images I'll put up a series of blog posts on this trip. But Since I'm still working my way thought the images, this week’s blog will be on last Saturdays walk in the Australian Botanical Gardens, Mount Annan.

Before I left for Tasmania we were having a heat wave up this way, with high 40 deg C temperatures (116 Deg F) on a few days, but when I came back seems I bought the cooler weather with me, plus the wetter weather. Several days of good rain over the last week. The gardens were well watered after that all the small streams were flowing and of cause an abundance of mushrooms this week, after some many weeks not much, this week everywhere I looked I found them.

First up is a shot of an old fallen tree and the patterns caved out by the various insets that have been working the timber when it was still covered in bark. This, I used as my entry for this week’s Google plus Australian and New Zealand weekly photo prompts entry. This week’s theme is textures. Been missing in action from that, these last few weeks as well. (no Wi-Fi in most of the locations I was staying in.) This one was taken on the opposite side of the road for the stolen generation walk. 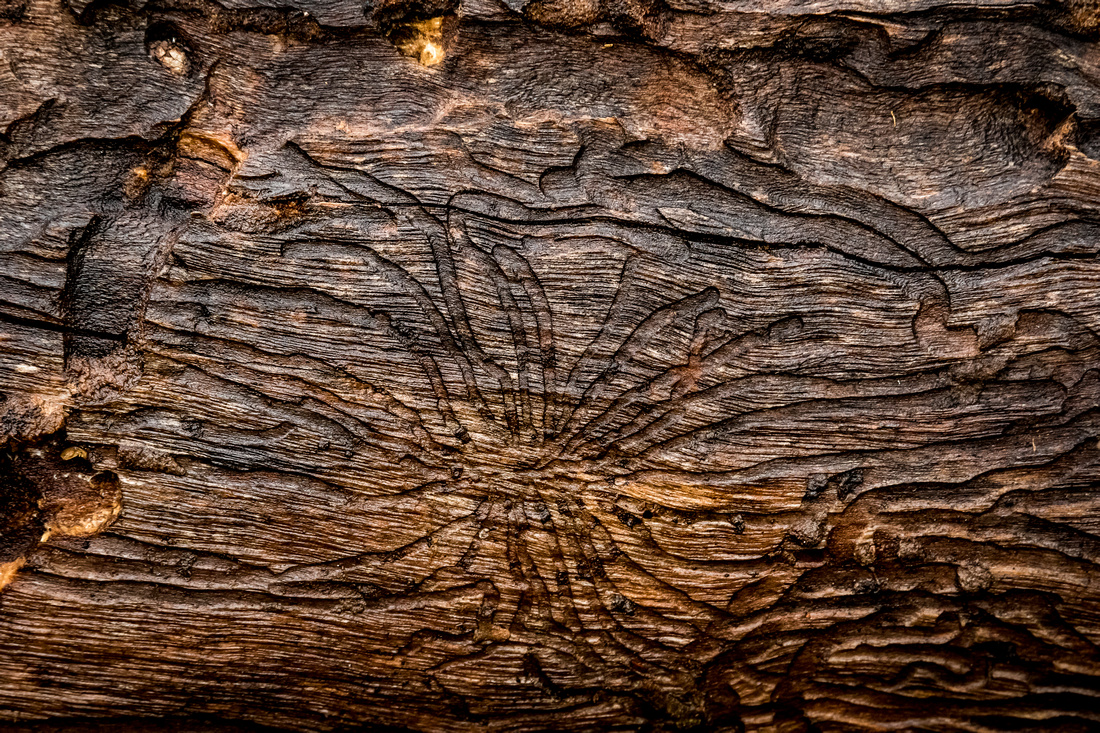 From there I crossed the road and headed off towards the stolen generation memorial area. Good to see the gardens nice and wet, the little streams were flowing around the area, of late they had dried up, normally on a good day they are still but with water in pools, but of late nothing but dry creek beds. I found a few birds in the area, this first one's of a Willie Wagtail (Rhipidura leucophrys) earring out a bit of feather maintenance. 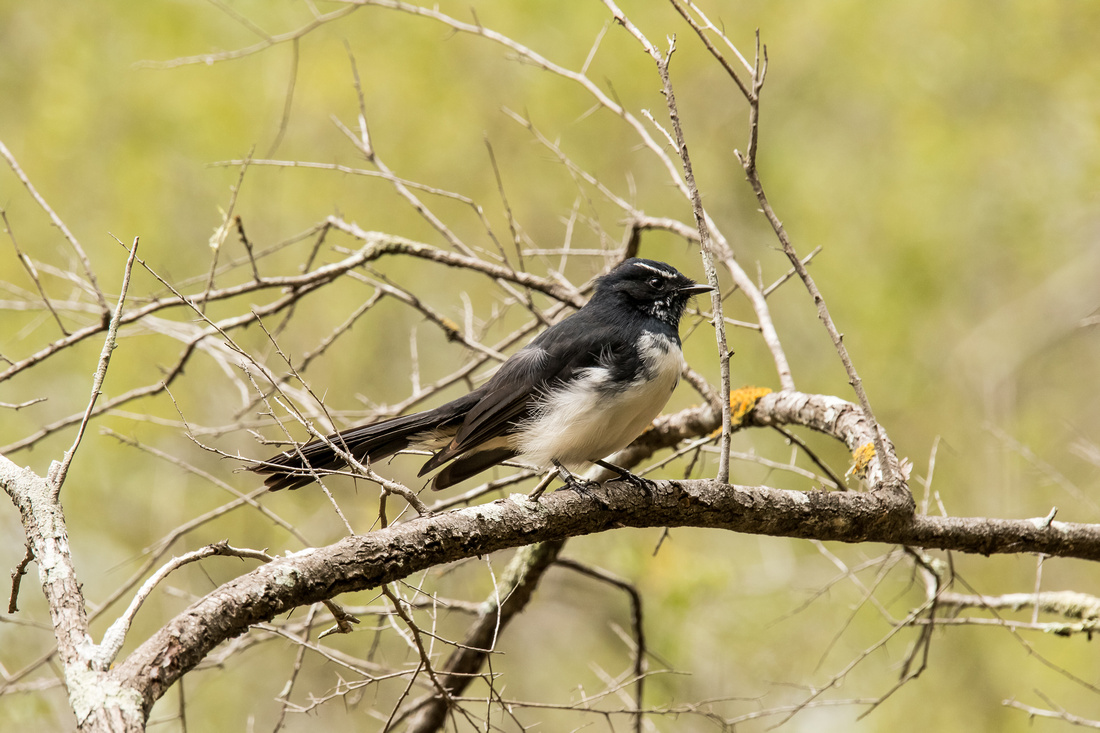 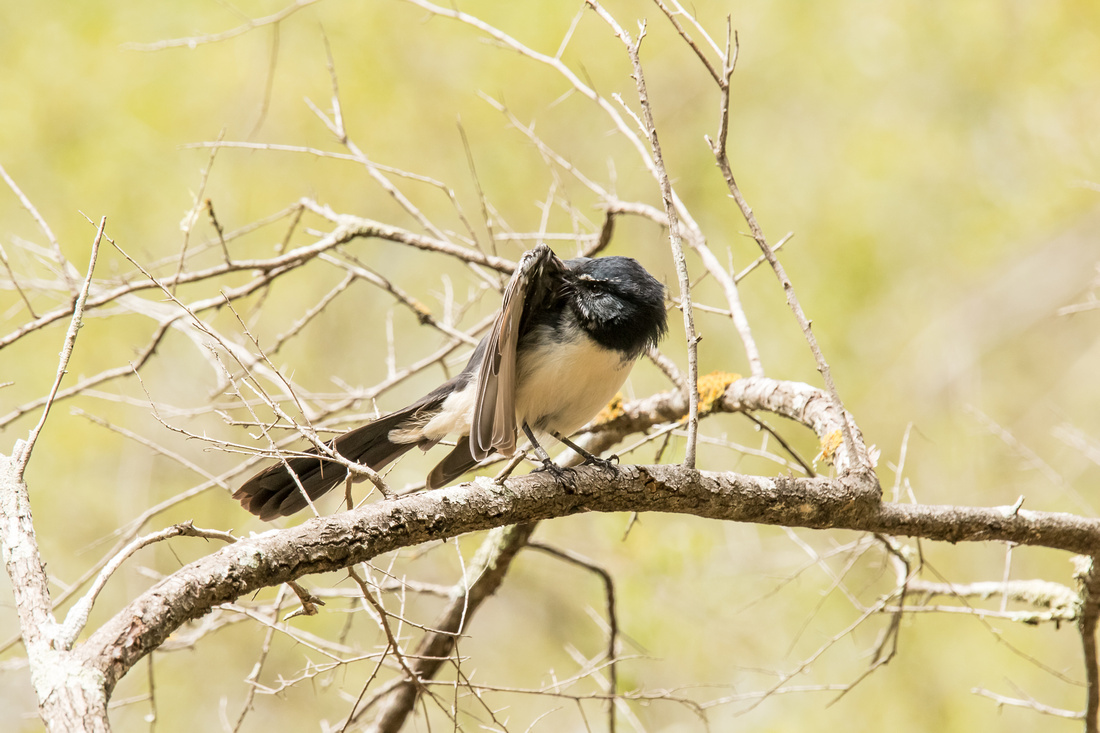 In the same area is usually found the Eastern Yellow Robin (Eospsaltria australis) and this week was no exception. 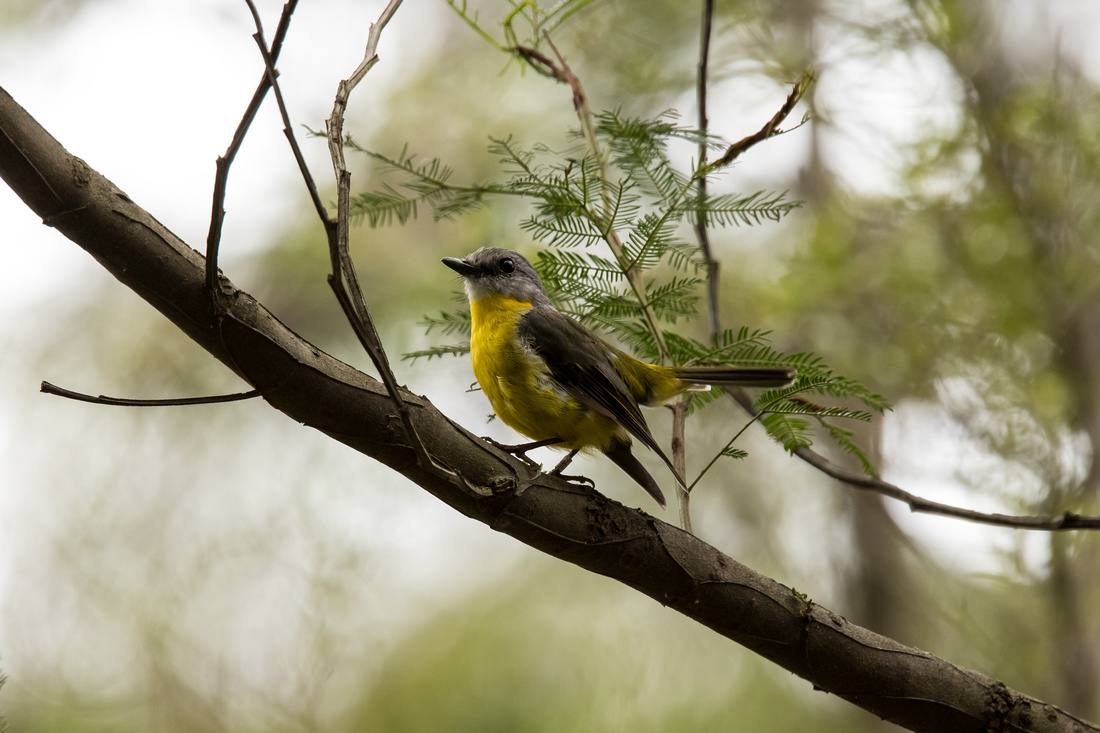 With all the rain over the last week the gardens were alive with Mushrooms. So I spent a far time getting a good collection of shots this week to make up for the lack of them the last few weeks. These first few were around the plant bank. Which is now open not eh Weekends thought Autumn from 10:00am till 2:00 pm with a scientist on duty each day of the weekend over the time. including Fungi - Dr Brett Summerell on the 25th March, which is also the day I'm running a Bird Photography workshop in the gardens, for bookings contact the Australian Botanical Gardens. So I'll be there to see whats on show there after the workshop finishes up.

These shots are the usual set up of two off camera lights and the images focus stacked from several images to give the details. 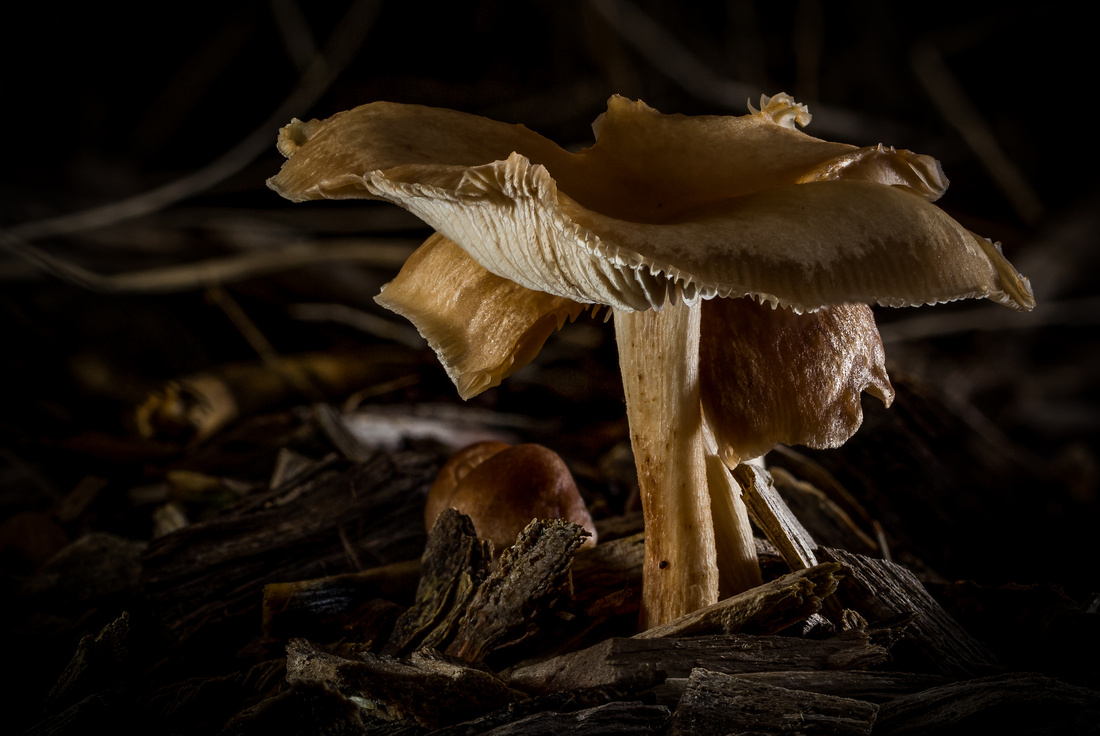 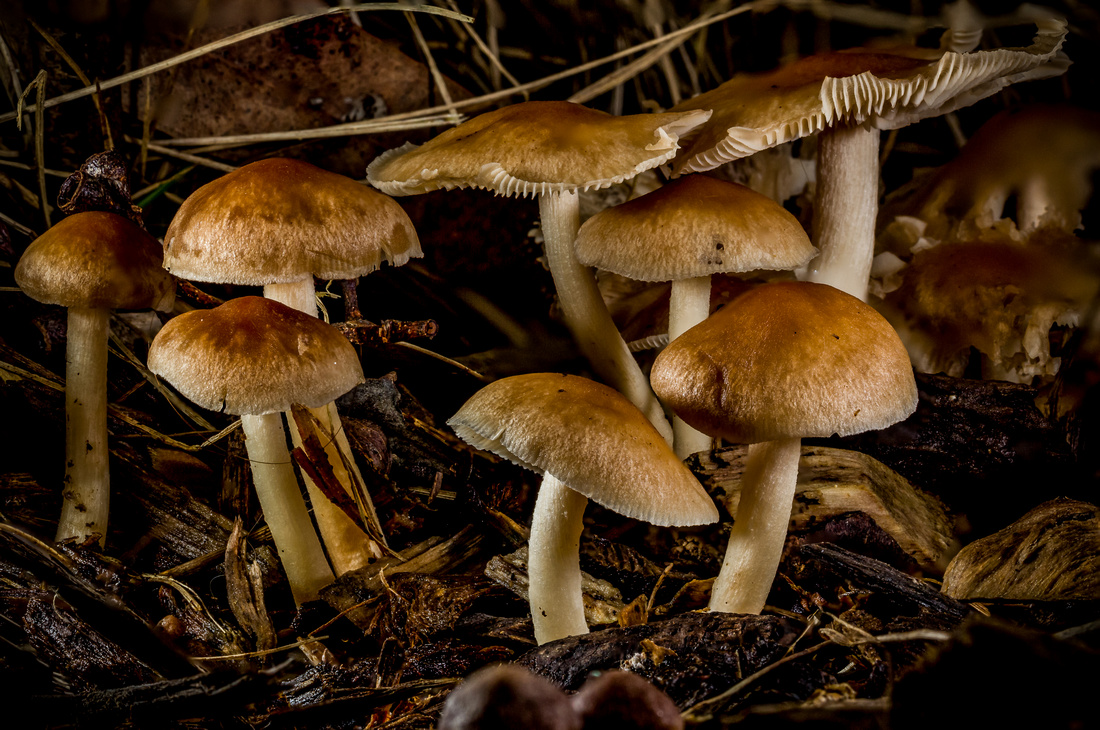 Last Saturday the gardens had a Seaweed display in the plant bank so heres a shot I managed to get same set up I use for the Mushrooms two lights and focus stacked, which gives the depth of field and sharpness highlighting all the details. So something different this week. 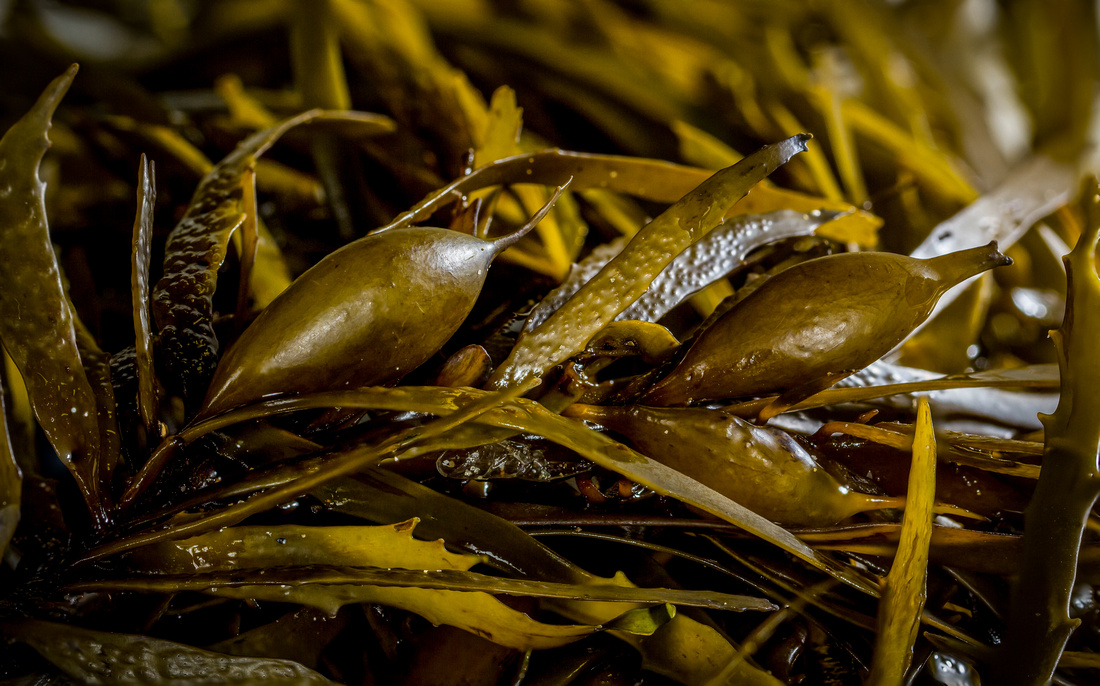 There was no shortage of mushrooms about this week, So I made the most of them this week. 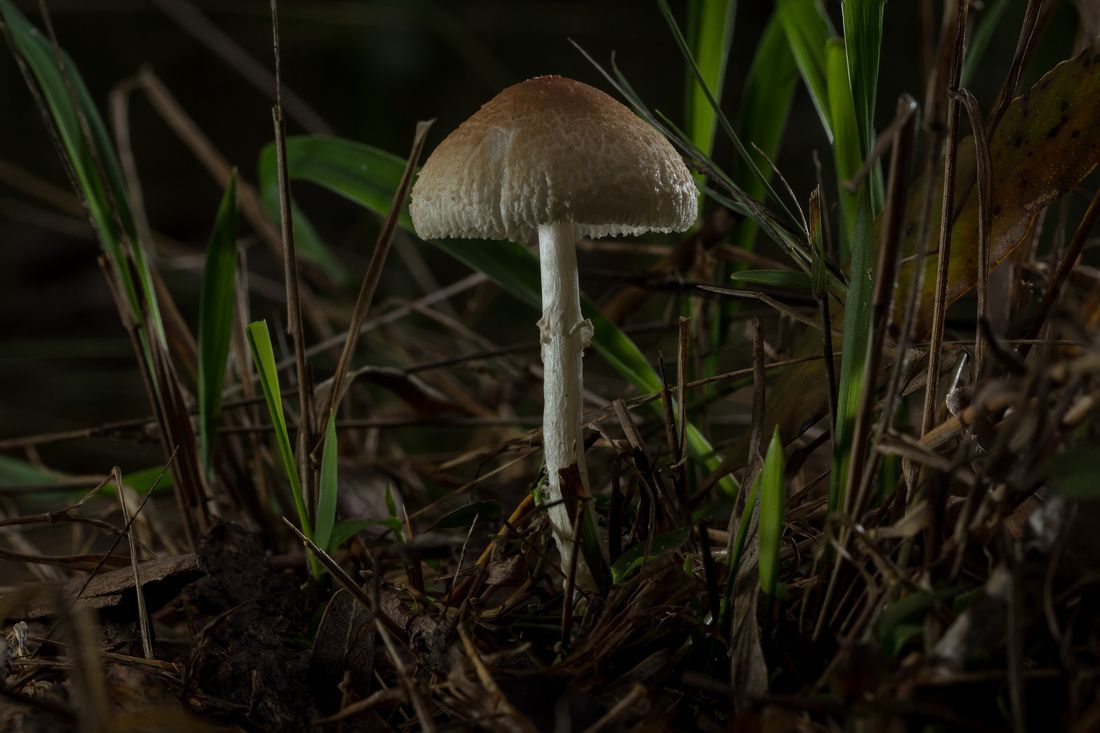 This next shot shows a behind the scenes shot, this shows the actual lighting conditions the shot was taken in and the positions of the lights. Again the 60D with the Articulated Screen is in use, which shows you don't need the latest camera to get these results.   This one is now Three generations behind the current model available. 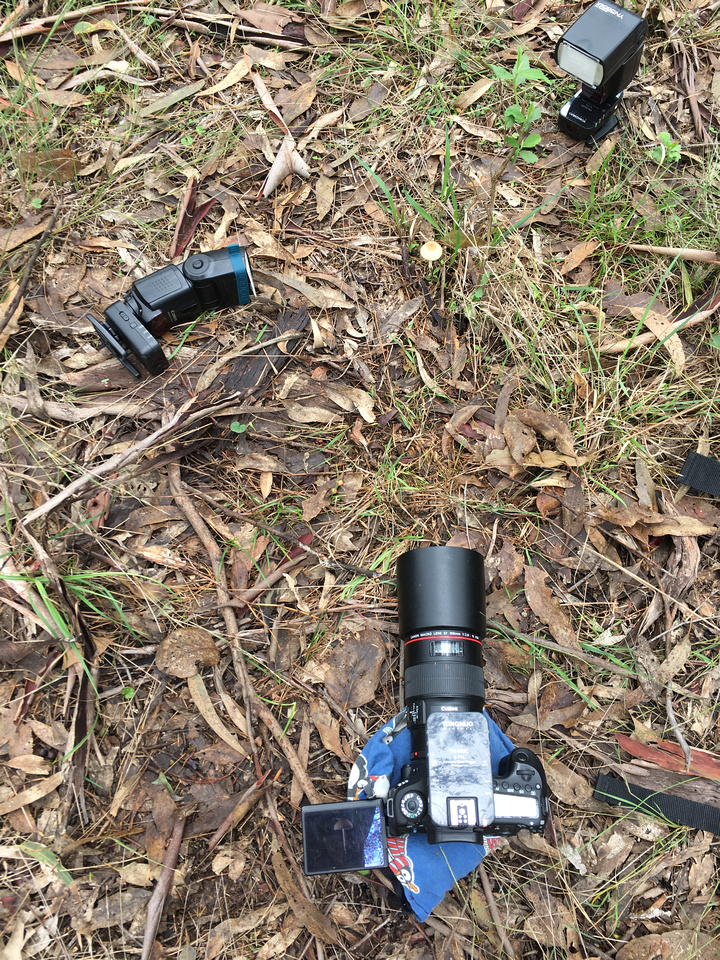 All the While a White Faced Heron (Egretta novaehollandiae) watched on. 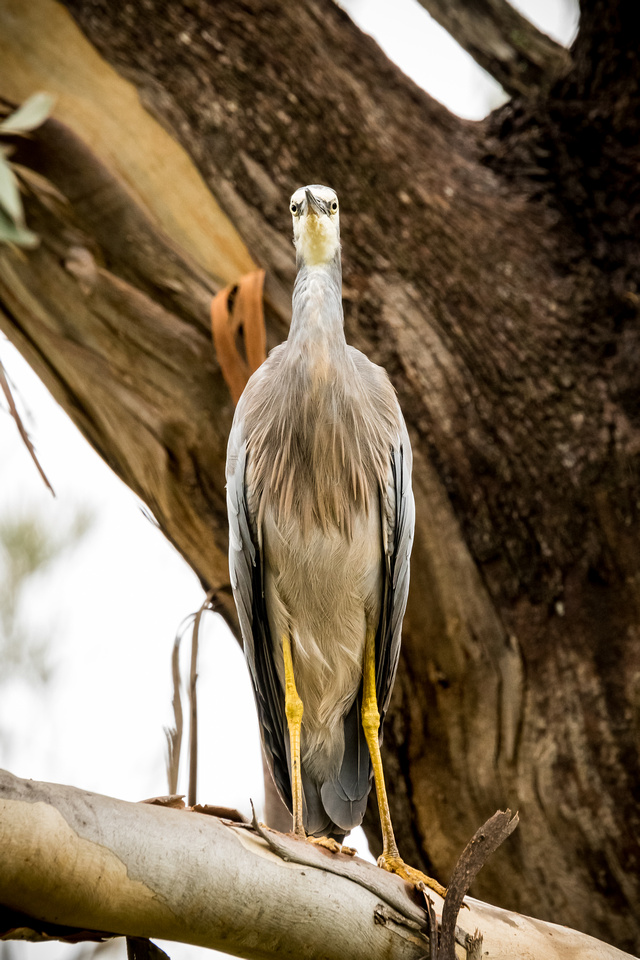 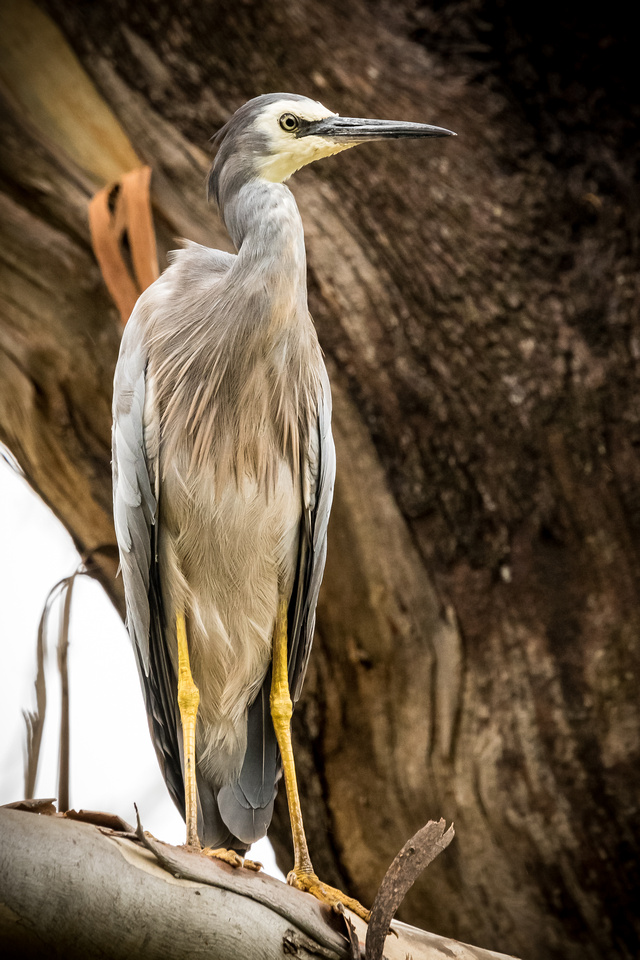 Again more mushroom shots this next one the mushrooms were so tiny only about 4 to 6mm in diameter so fine and small not to mention bright red. The colour was what I noticed first, funny that. 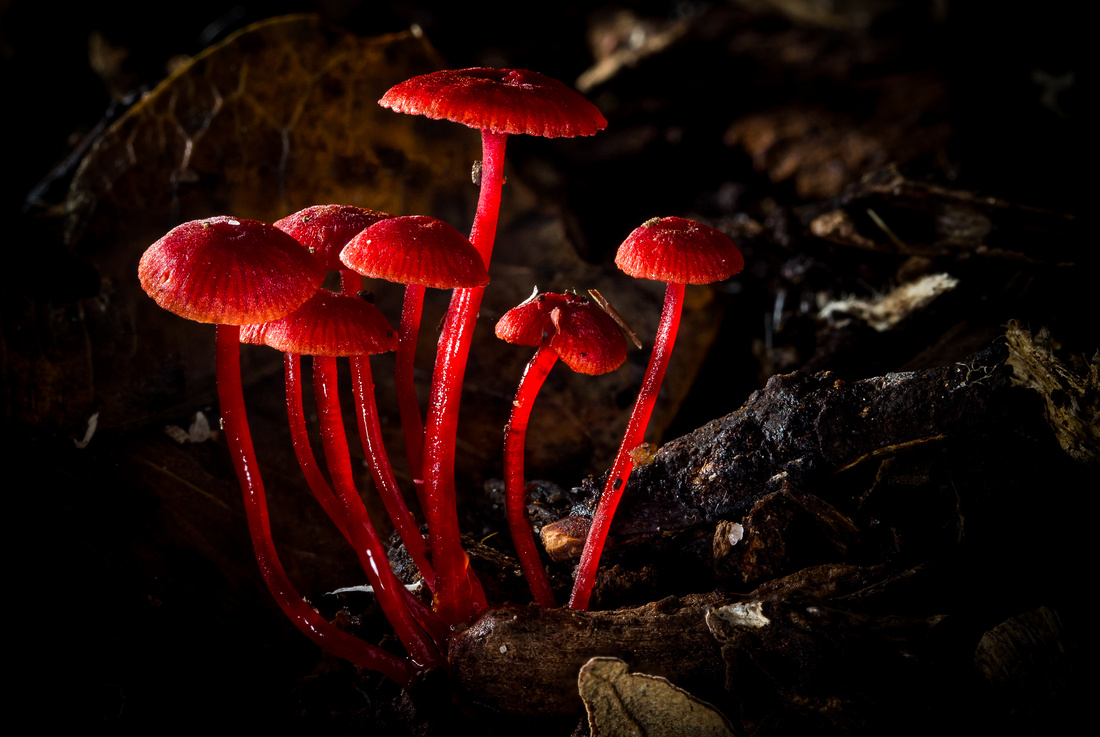 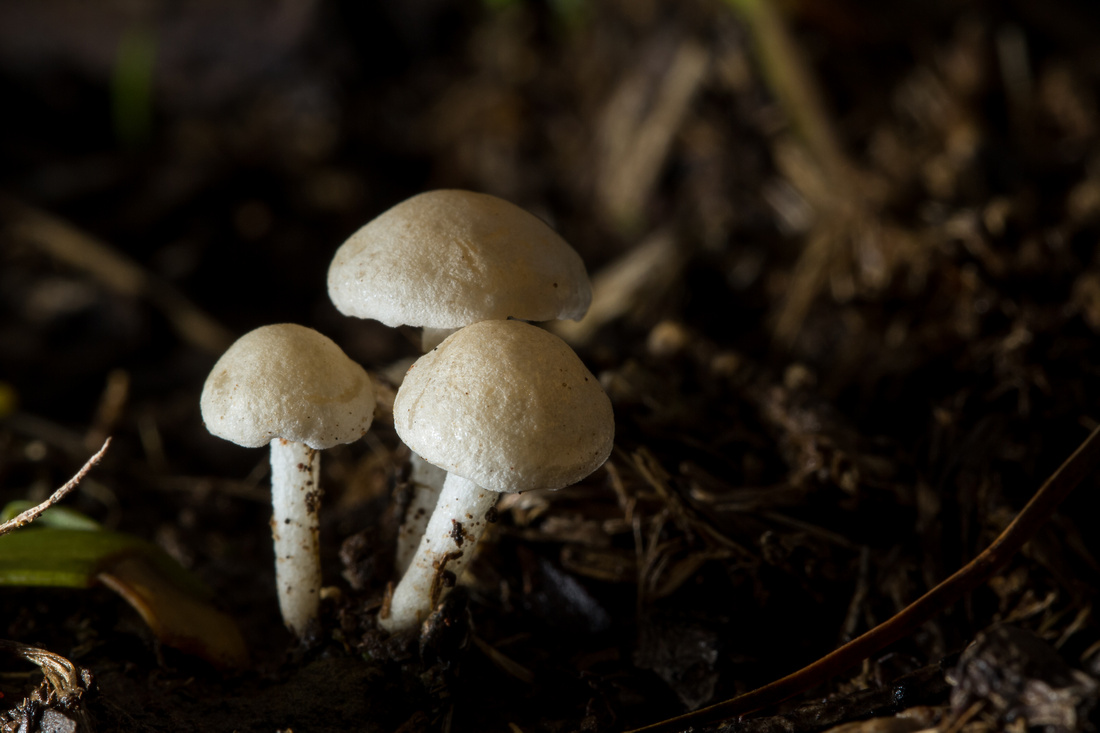 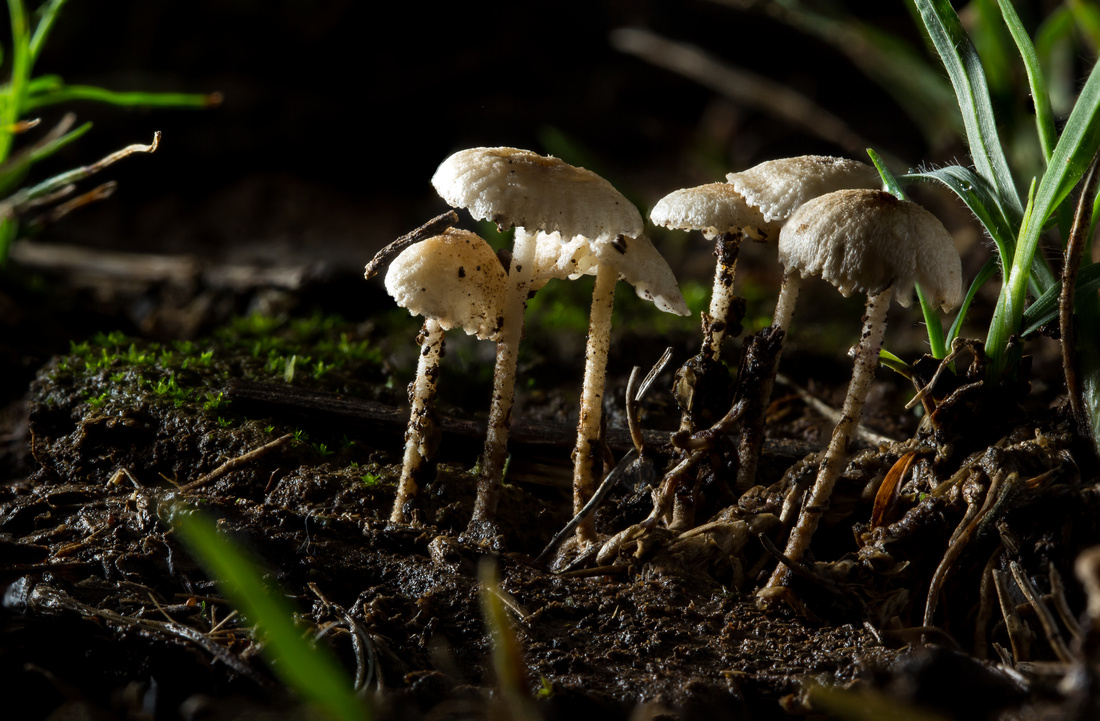 With all the Rain of late the ground was soft and squelch underfoot the Australian White Ibis (Threskiornis moluccan) were having a picnic on the lawn besides the main lakes. 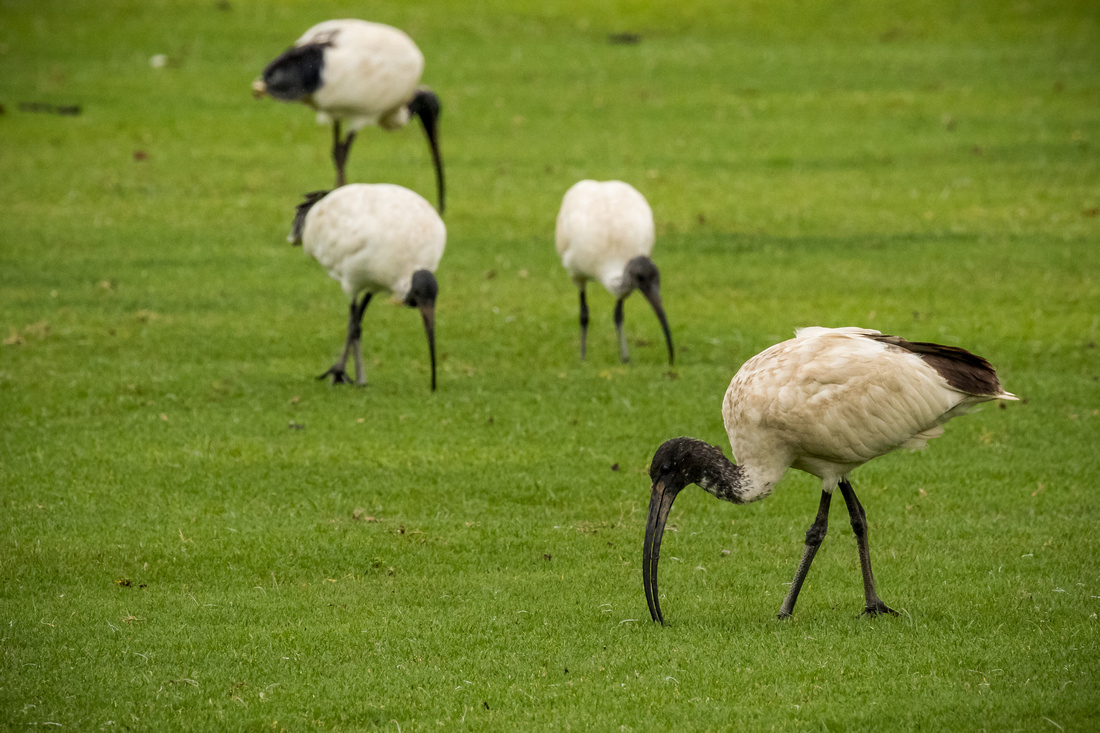 In the lake was a solitary Royal Spoonbill Platalea regia) today there's usually a small group of these but today I only spotted the one. 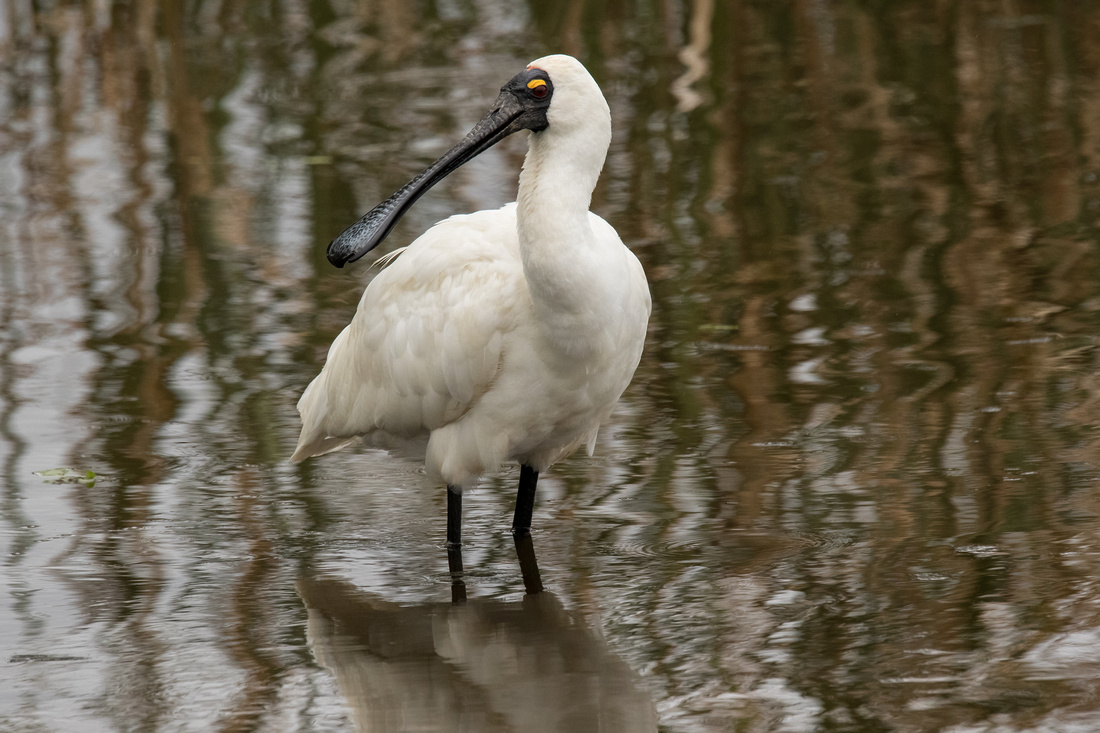 So that wraps up this weeks shots in the Australian Botanical Garden, in the coming weeks I'll start the blogs for the shots from Tasmania from the last few weeks. So stay tuned for those coming up. still processing the images from the trip.

Thanks for dropping by my blog this week, back next week with more.