First up the run down on where last week’s blog post was viewed, a clear winner this week again with Russia again the coming out on top followed by Australia then a tie for third between the USA and China. German coming in at number five then seven countries coming in next these being Belgium, Canada, Finland, Italy, Japan, Poland and Portugal. So again a good section of countries having a look at last week’s blog post.  Thanks to all who had a look last week.

On with this week’s blog. I've just returned for two weeks of Photography in Tasmania, the first week was part of an organised tour with Steve Parish (https://www.steveparish-natureconnect.com.au) in conjunction with Spirit Safaris (http://www.spiritsafaris.com). The second week was a couple of us from the tour and Steve spending an extra week photographing together. So a good solid two weeks of photography. Tasmania certainly is a great place to photograph and one I think I'll be returning to quite often to shoot, I doubt you could ever capture it all, so much to see and such spectacular sights to see.

The tour was to start in the afternoon allowing everyone time to fly in to Launceston, but as it happens every one flew in the day before so we all meet up and had a meal together that night and agreed to meet up in the morning and start an unofficial photo walk around Launceston.

The first series of shots are taken from a walk around the town and out to the Launceston gorge.

These first three shot are a series of old terrace house that are now businesses in the city centre. This was the first real try of my newish Canon 5DMk4 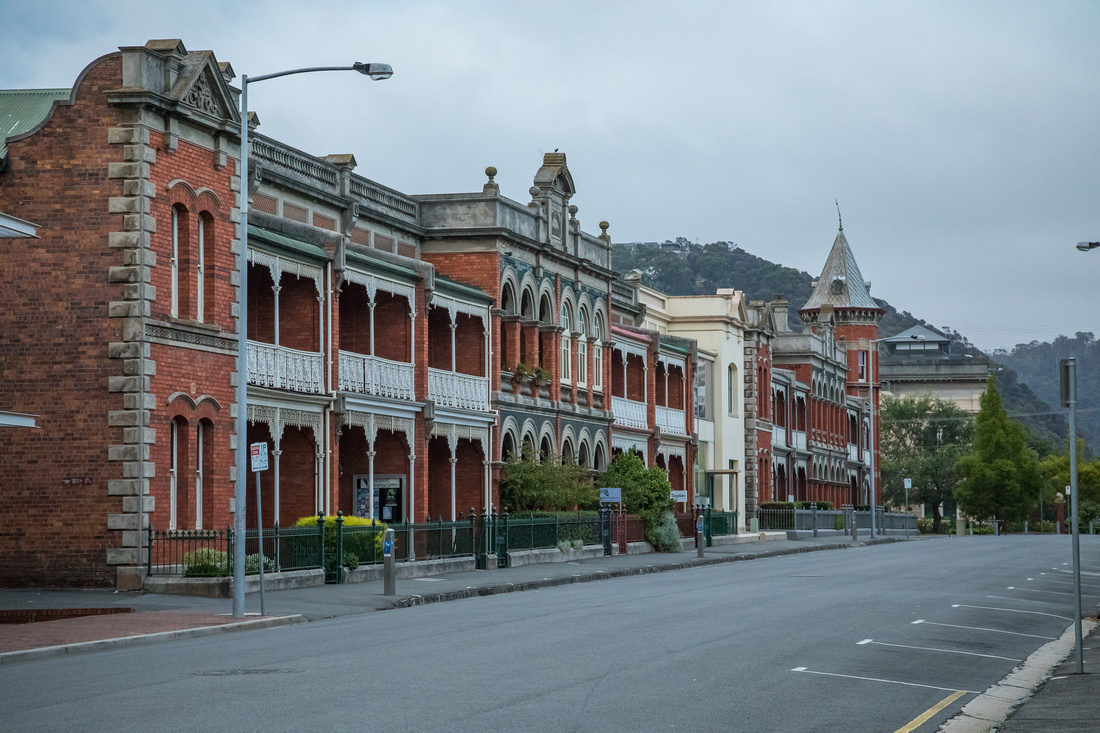 A Detailed shot of the wrought iron work around the balconies and the concrete form work. 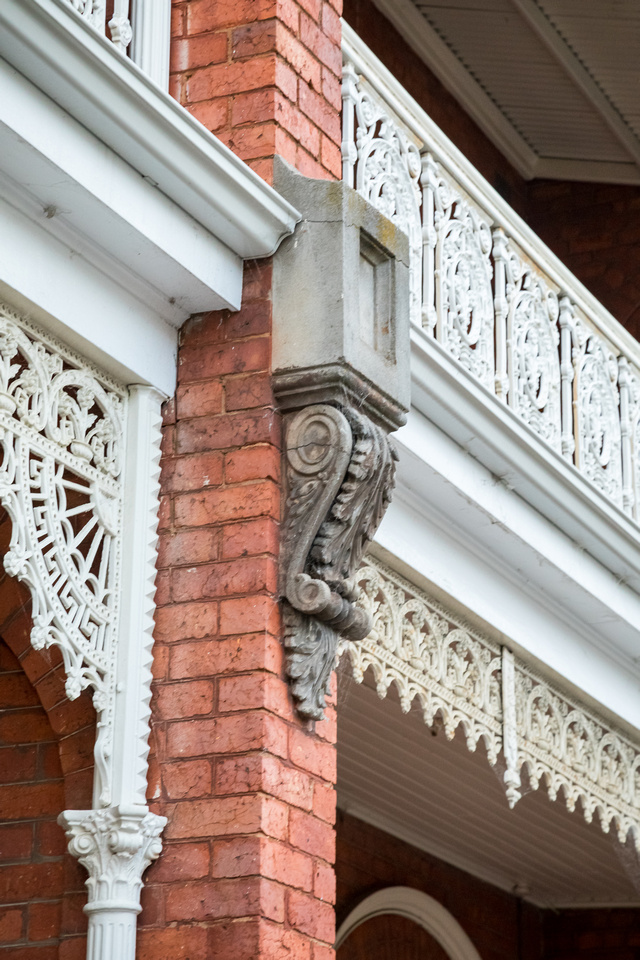 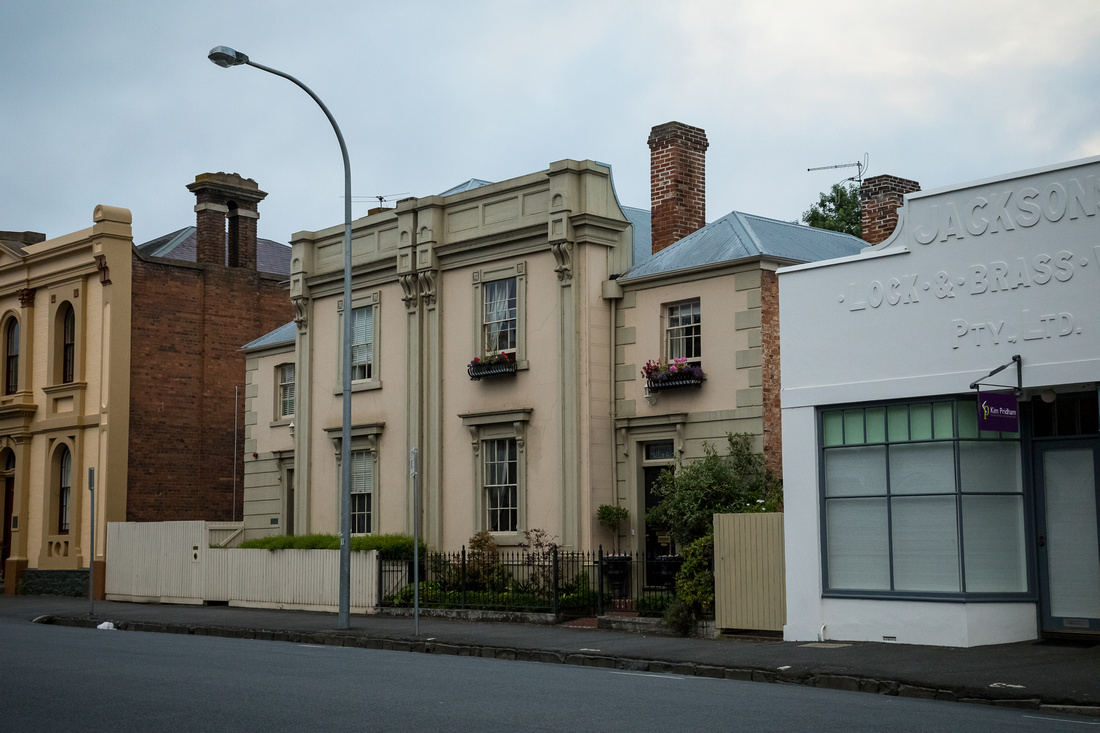 From the city streets we started to walk along the river up towards the Gorge, through the trees I say the old sailing boat, I tried to frame the boat with the reeds in the bottom and the tree at the top, didn't really work out and not that happy with this shot. 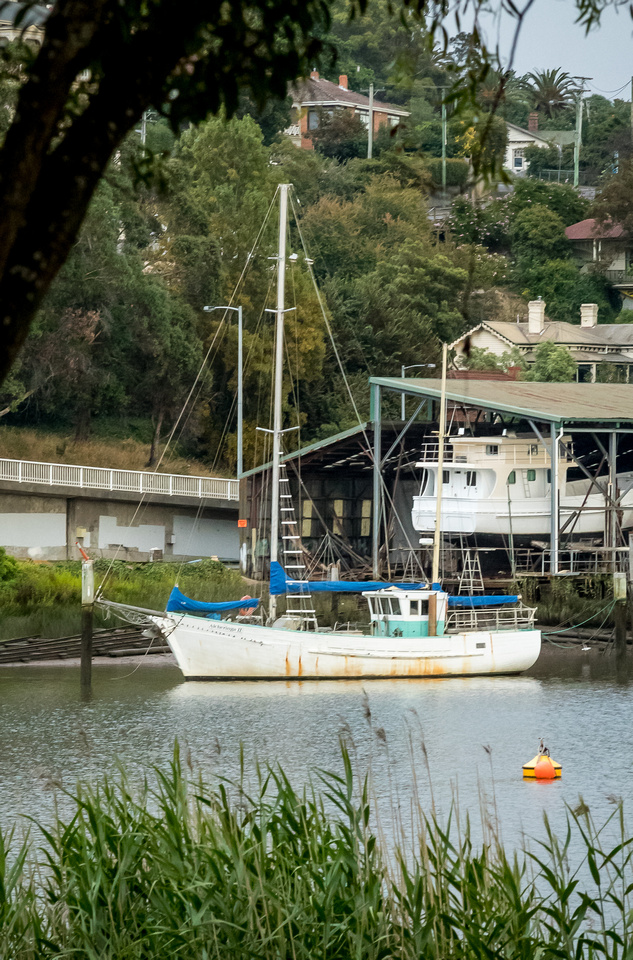 The old bridge over the river to the gorge with the old building in the background makes for a better shot. 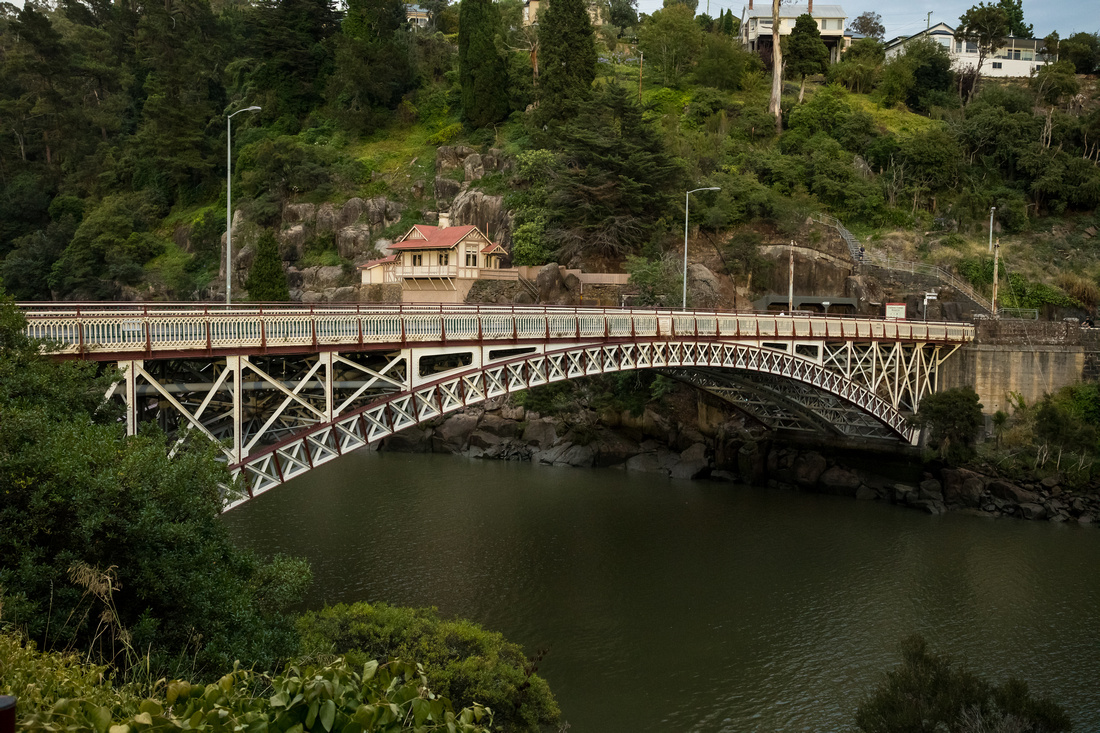 As the sun came out it lit up the silios on the other side of the river and this shows it always pays to look behind you as well as in front, you never know what shot is behind you. As this shot shows. 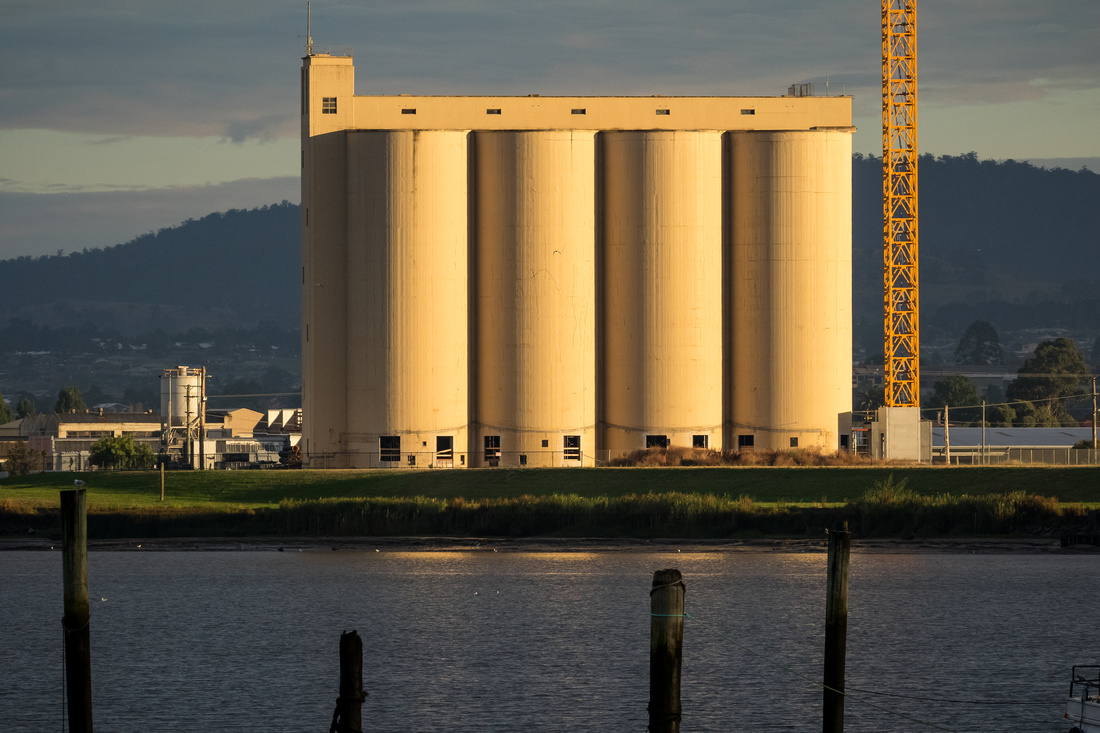 Walking back along the streets the old buildings of Launceston have some fine details on the buildings and the light posts are certainly of a unique style compared to the modern ones of today. 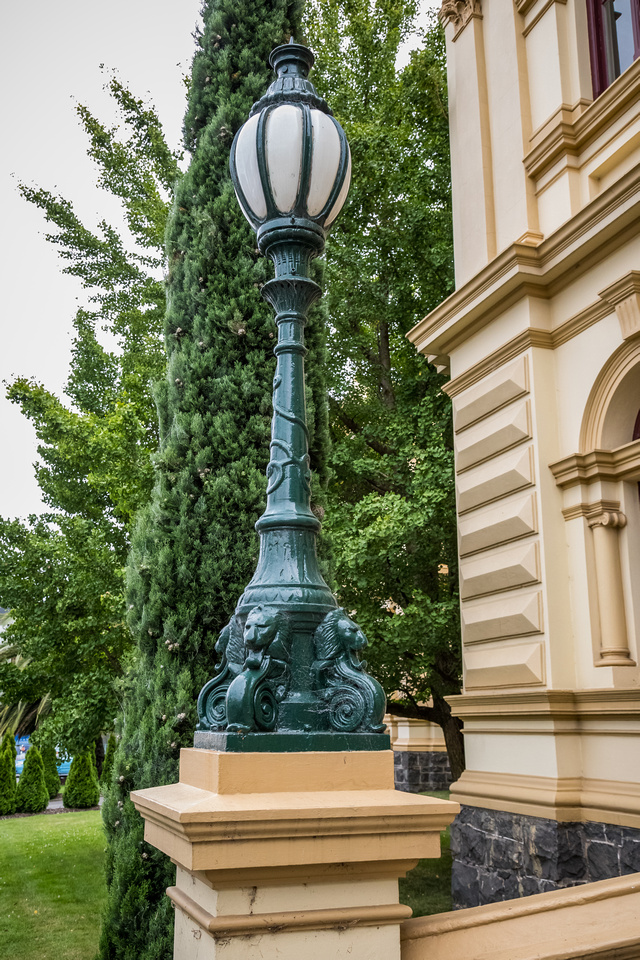 After lunch we meet the Spirit Safari team and our mini bus and started the official part of the tour with a trip out to Liffey Falls. This was our first tastes of Tasmania's forests and the lush greens the go with them.

The whole area around the falls was covered with tall tree ferns and lush green mosses. This shot shows Steve Parish lining up a shot. 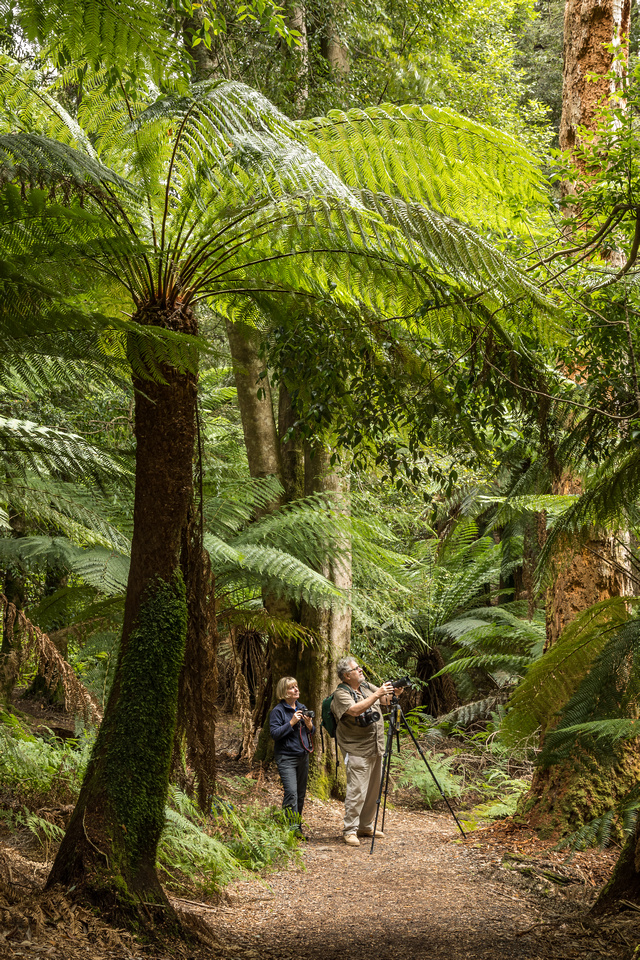 With all the Mosture around from the falls and the dark enviroment I felt sure to find mushrooms on the trip and I wasn't dissapointed.

This shot was taken with the mushroom growing on a log and the camera mounted on a tripod upside down (The image had to be flipped once processed. ) lit with two speedlites one on the ground the other hand held in this case. 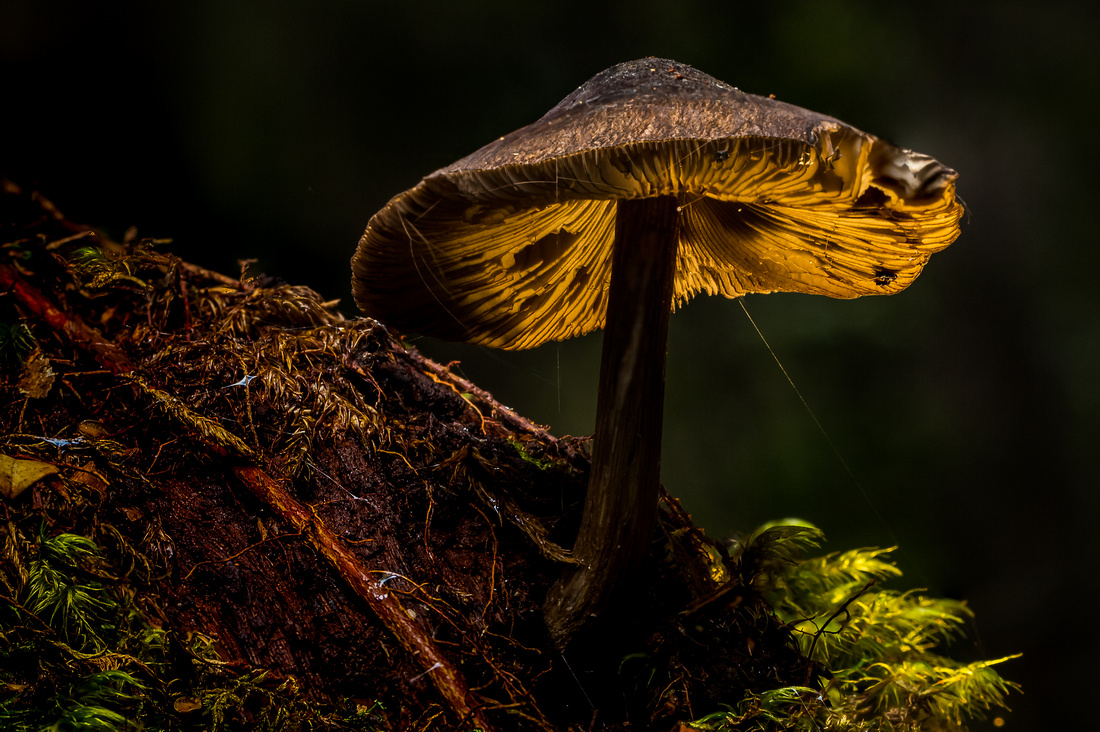 This shots of me taking the shot above, Taken by Lynn. 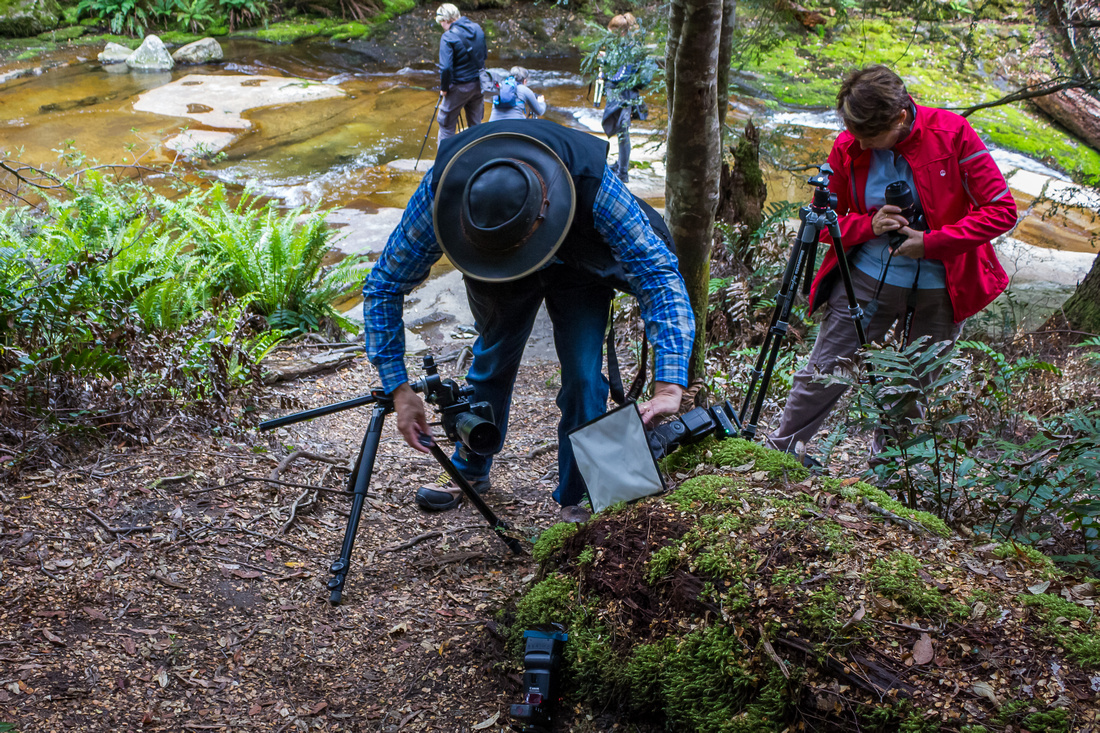 This first shot is of the falls them self. Again showing just how green the bush is around the falls. 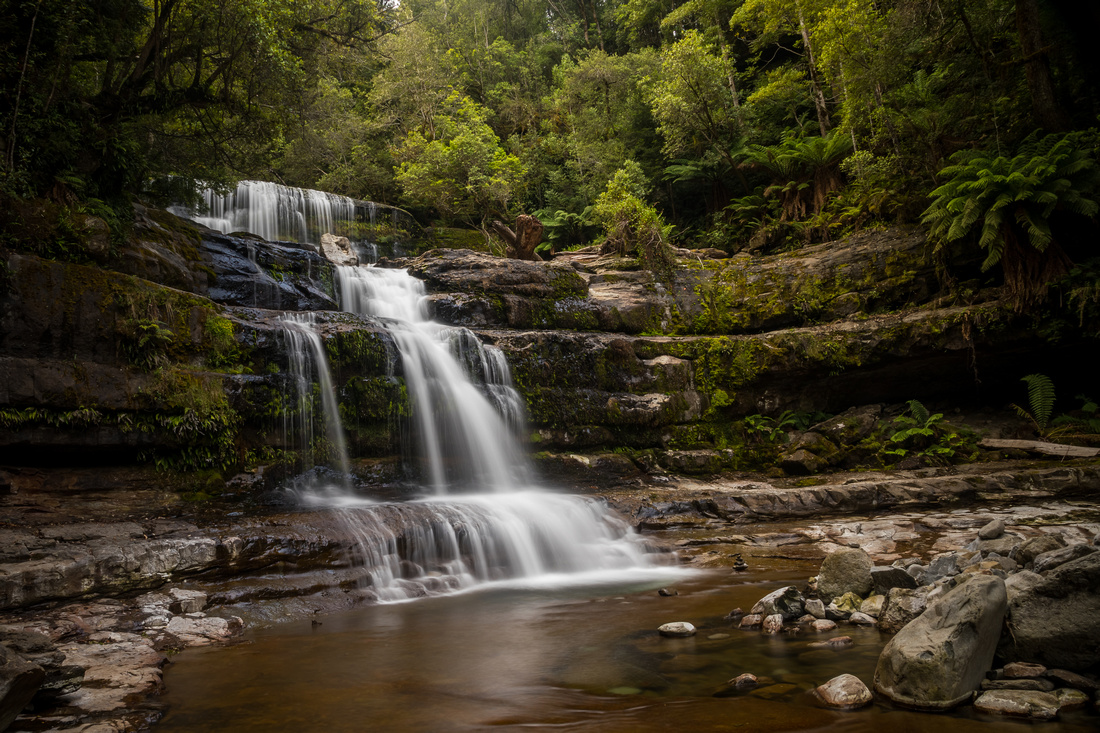 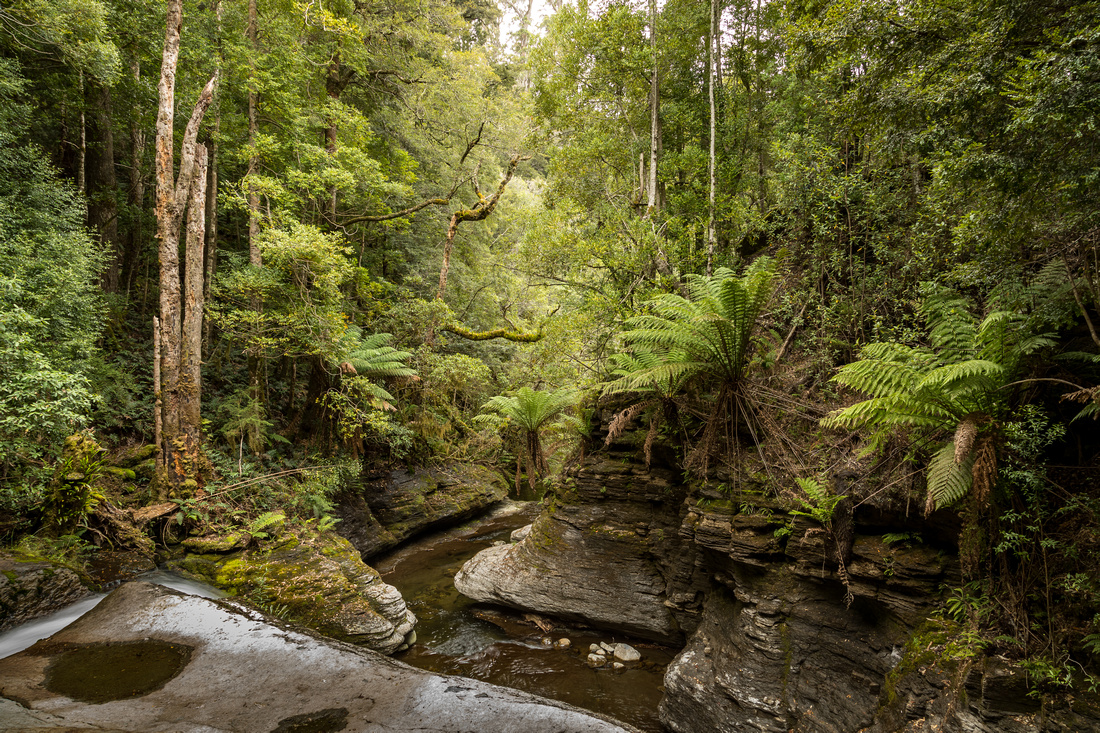 Again like so much of the Tasmanian forests I visited in the two weeks everything was so green and lush. 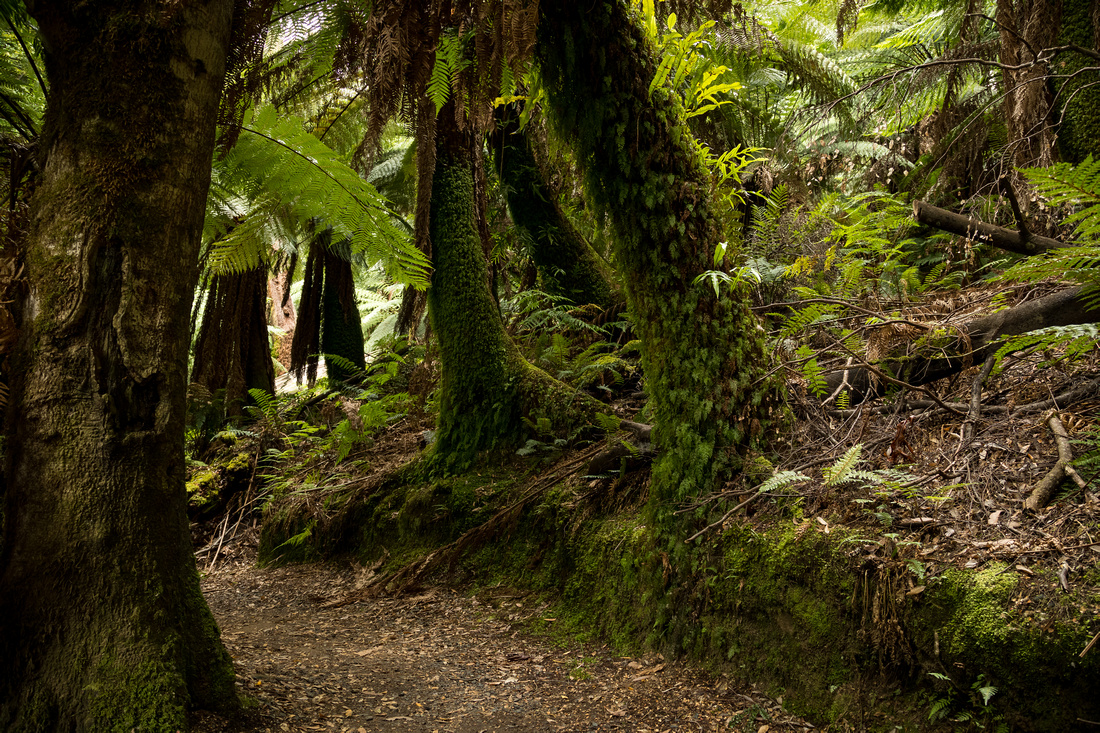 More of the giant tree ferns that were growing in the area. 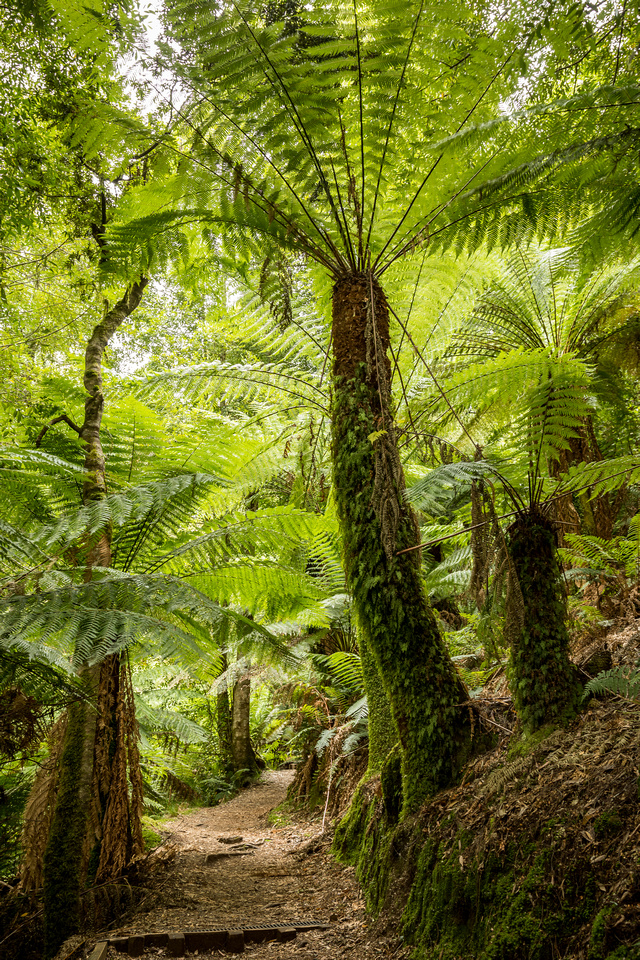 On the way back for the falls again I found some Mushrooms to shoot, these were all hand held shots, so not the normal set up all with natural light no flash used on these ones, but the lighting was just nice so still came out OK. 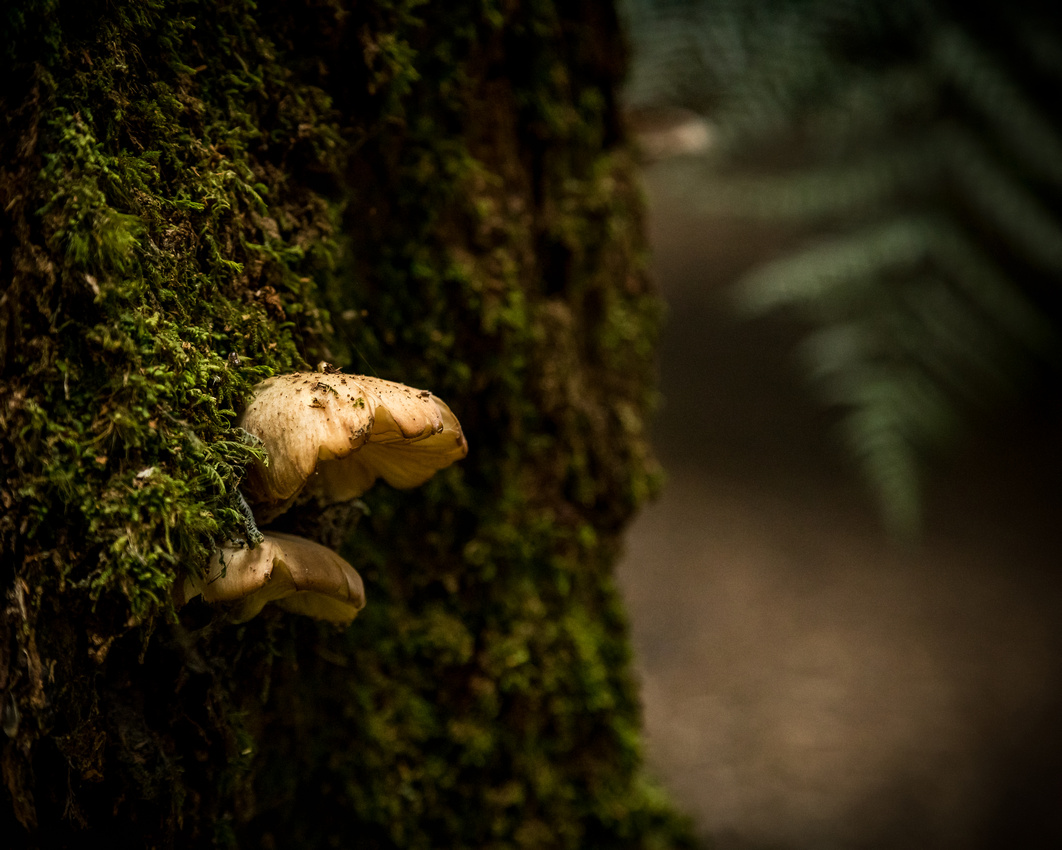 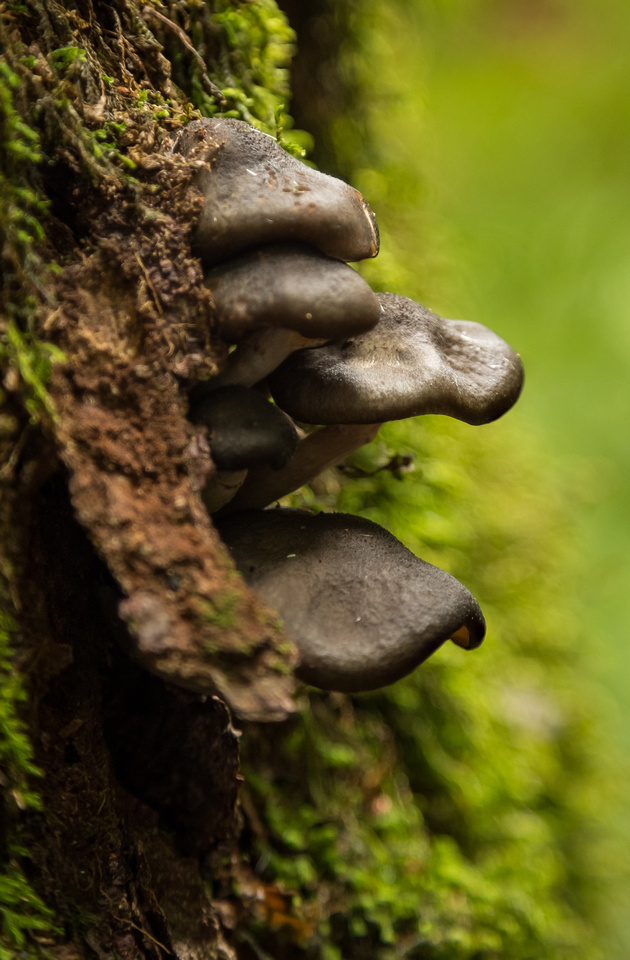 This last one was some Coral Fungi growing on the ground, I've not came across this sort before the gardens have one area that have some fine white ones but nothing like these chunky ones. 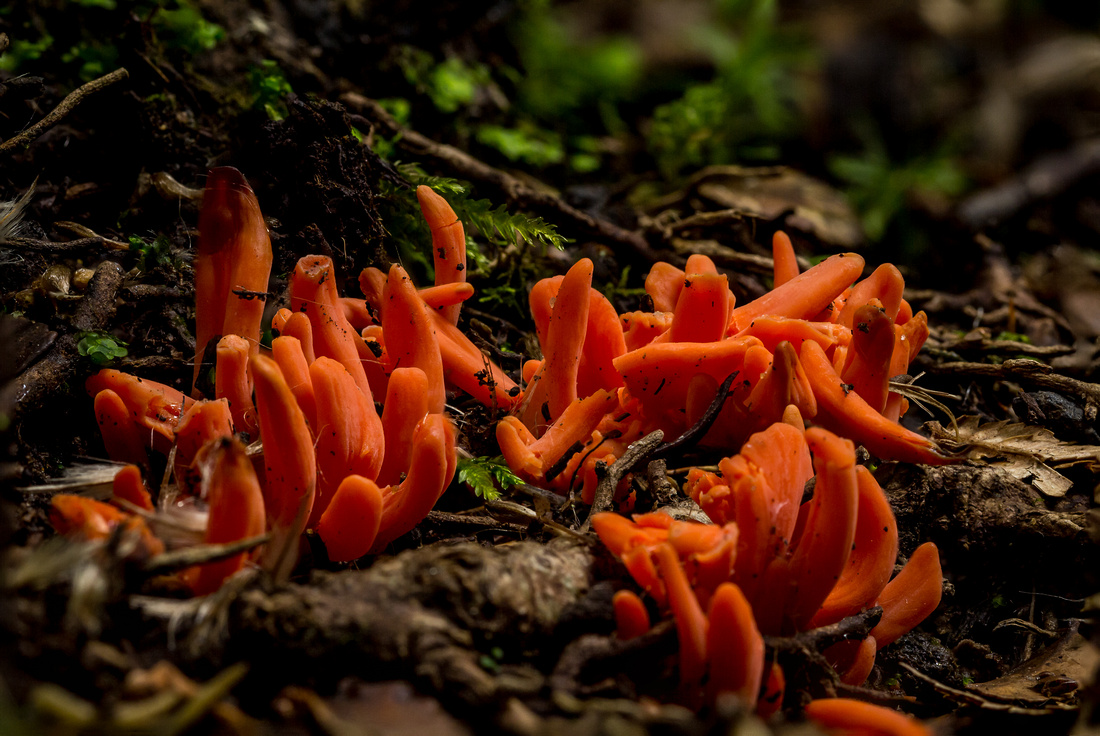 I'll leave this post here for now and pick up next time with day two of the trip around Tasmania.

Hope you enjoyed the start of this two week trip.