Back again at the Blog, again a few things came up that kept me occupied and away from the blog here, but back to continue the Tasmanian Photography tour trip.

First up a review of where my blog was viewed since the last one. This time 22 different countries have visited my site, with the top ranking this time Being Australia, followed by the USA then Russia and German, next up with a tie for fifth place was Brazil, the United Kingdom and Sweden coming in at eight place another tie with Canada, Spain, Japan. Next up was the remaining 12 countries all on the same score; Austria, Chile, Hong Kong, Hungary, Israel, India, Philippines, Pakistan, Palestine, Slovenia, Thailand and Taiwan. So again a good coverage around the world.

Back to Tasmania starting up with an early morning shoot at Friendly Beaches at the northern end of Freycinet Nation Park.

After the Early Morning shoot, we headed on to Coles bay, a nice sheltered bay on the sheltered side of the Freycinet peninsula.  Nice beach and bush setting all around it with a sheltered bay for boat moorings. 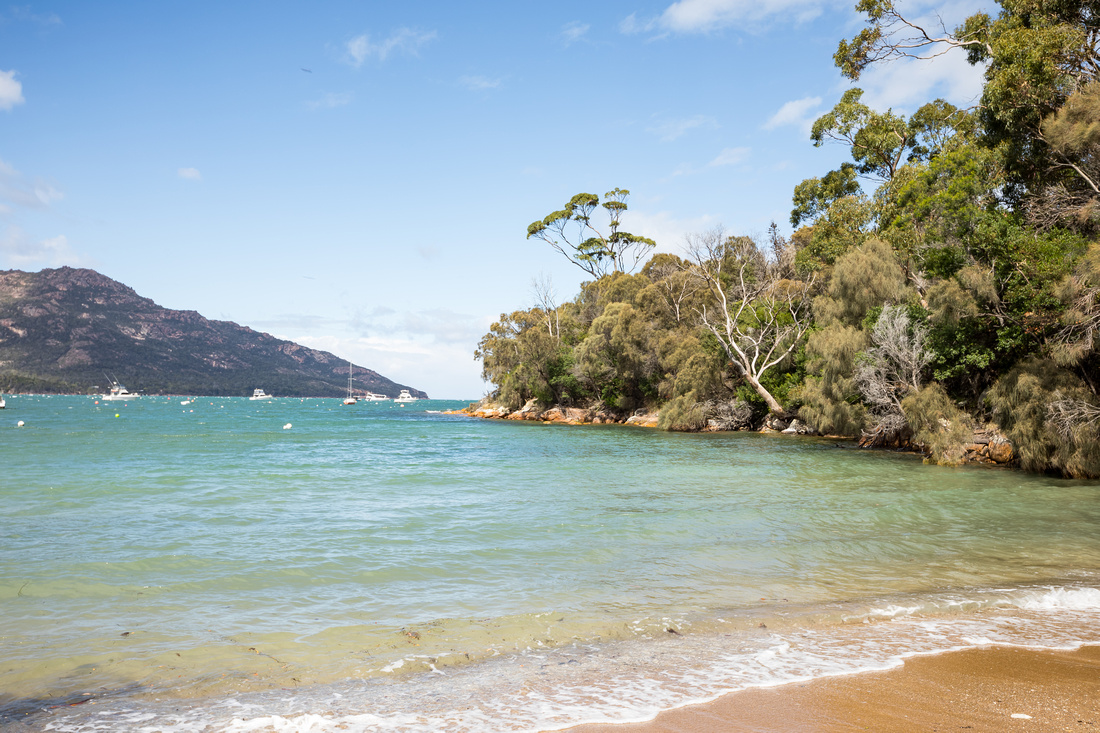 On the Beach as a pair of Sooty Oystercatchers (Haematopus fuliginosus)  This top shot showing the Bird in flight against the turquoise blue bay. 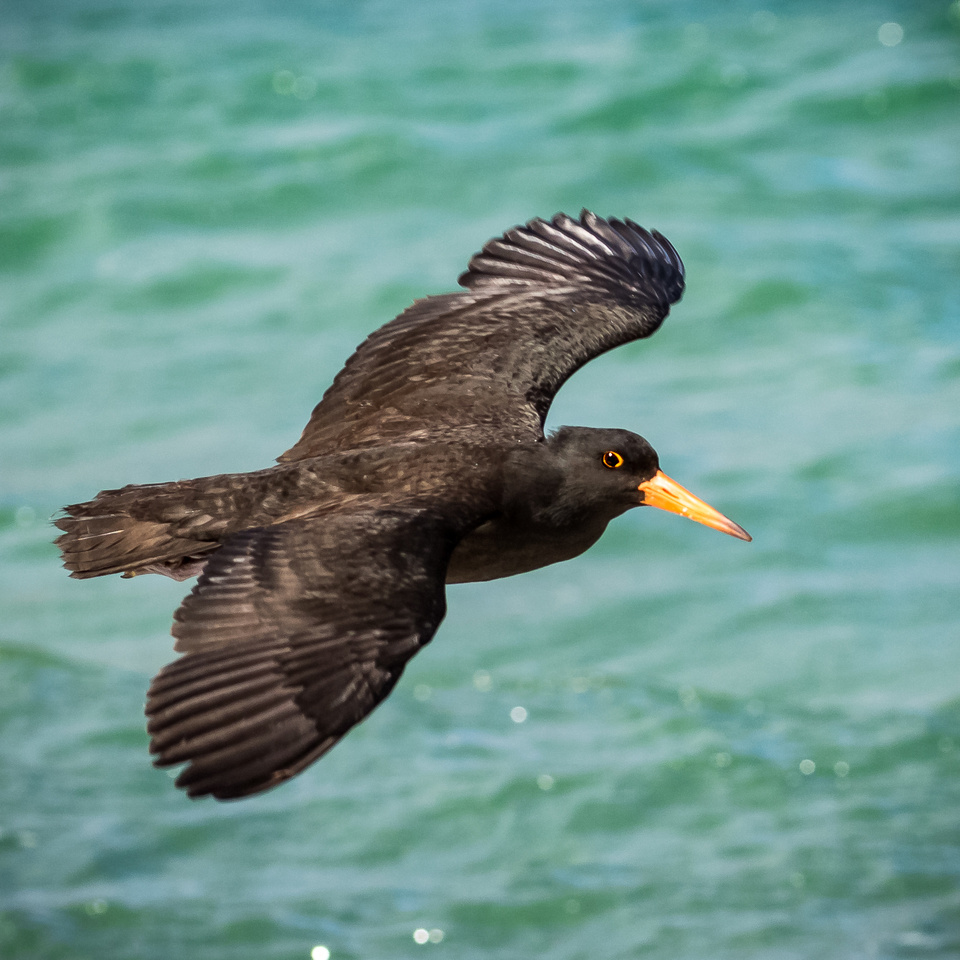 This next shot shows it coming into land leapfrogging the other bird already on the beach.

After a while at the beach, we moved on to the historic town of Richmond famous for its old buildings and Bridge. The bridge was build in 1825 by convict labor and is the oldest large arched stone bridge in the country. 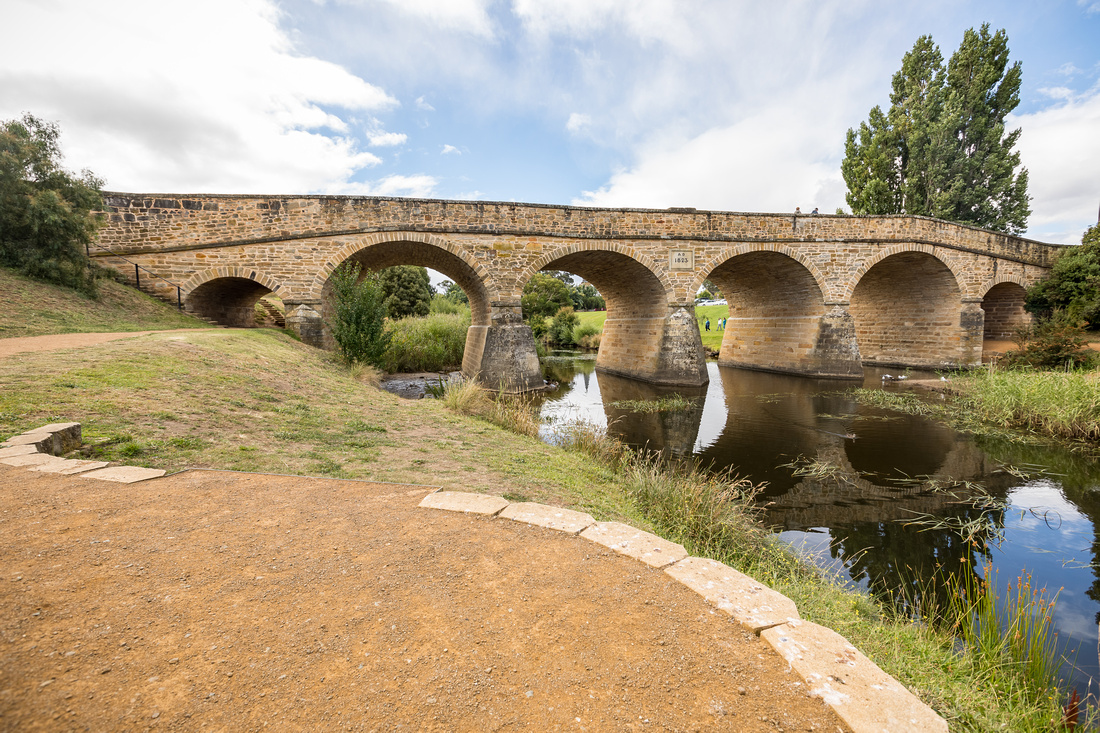 After lunch at Richmond next stop Hobart, Top of Mount Wellington, Bit cool this afternoon including a few flakes of snow falling. Not the best of views this day with the cloud, rain, and snow about. 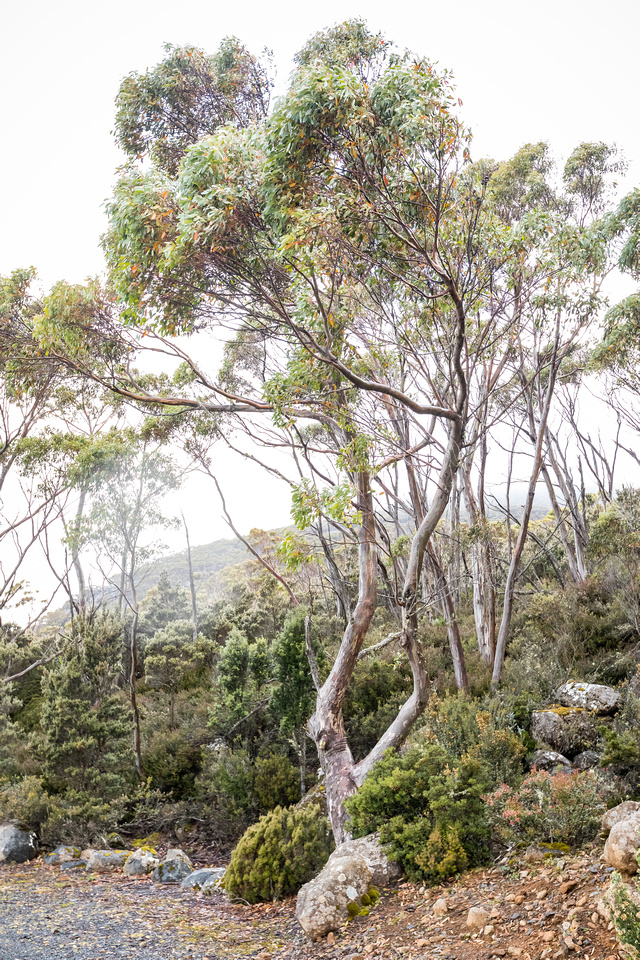 This shot shows the cloud over the lichen-covered rock formations at the top of mount Wellington. 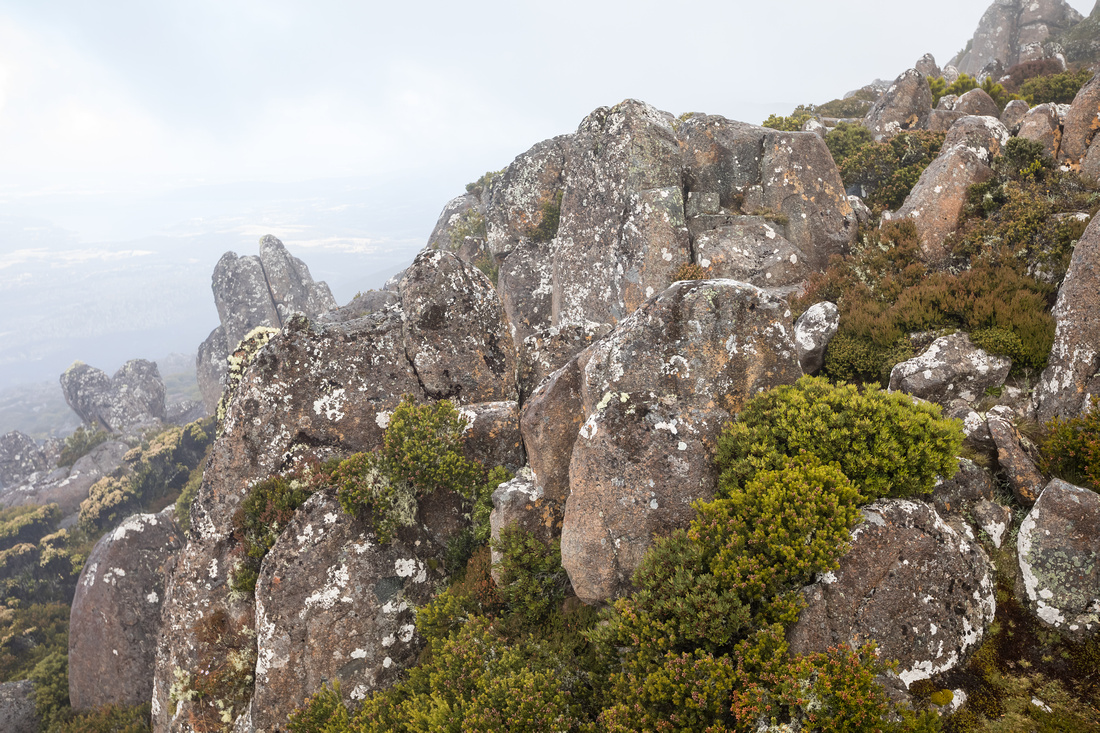 From the top of mount Wellington, you can see the Tasman bridge this shot was taken in between the cloud breaks. 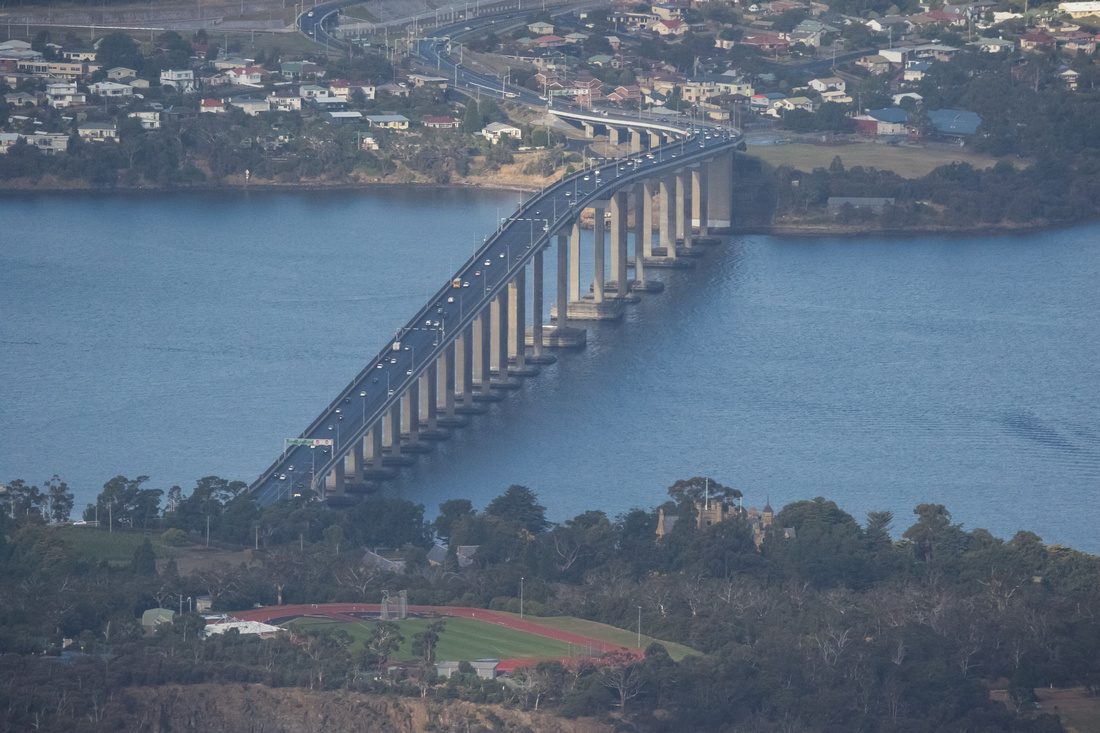 A view of Hobart and the cloud cover looking down the mountain. 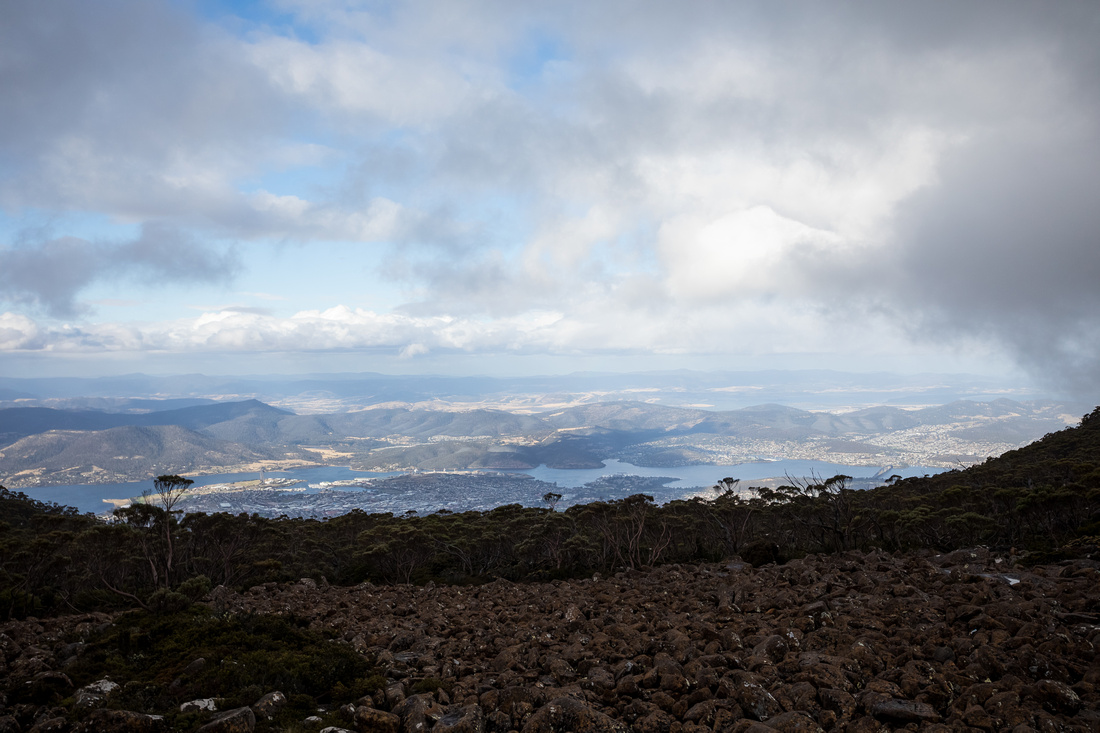 Hobart city was our stop for the night and I took the opportunity to do some night photography around Hobart. Right where I was staying happened to be one of the cranes my company manufactured so had to take the opportunity to get a night shot of that. 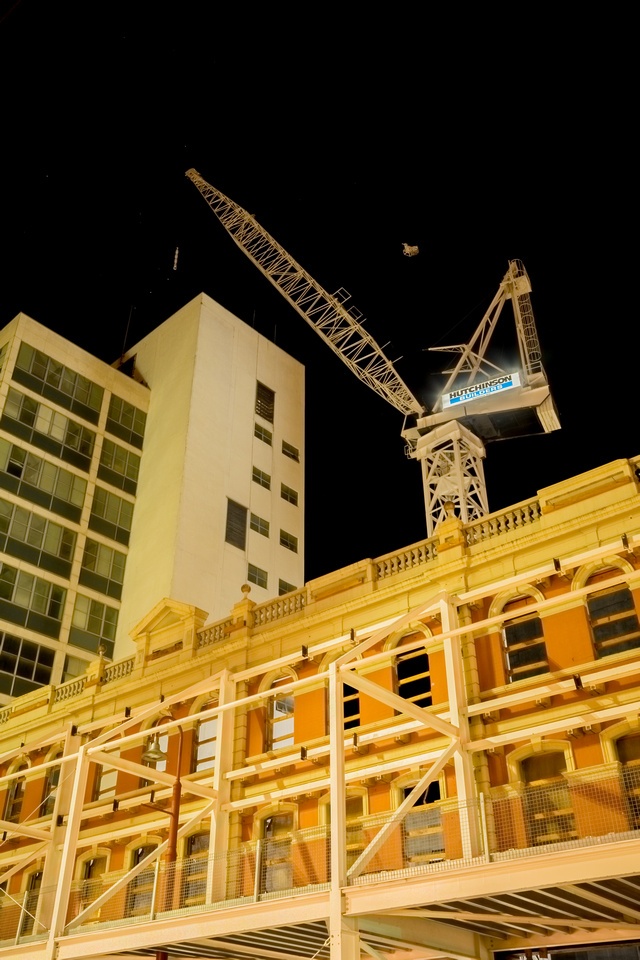 After that, I walked down to the constitution dock and on the walk took the various buildings that looked nicely lite up. Showing of some of the historic buildings of hobart and some not so historic. 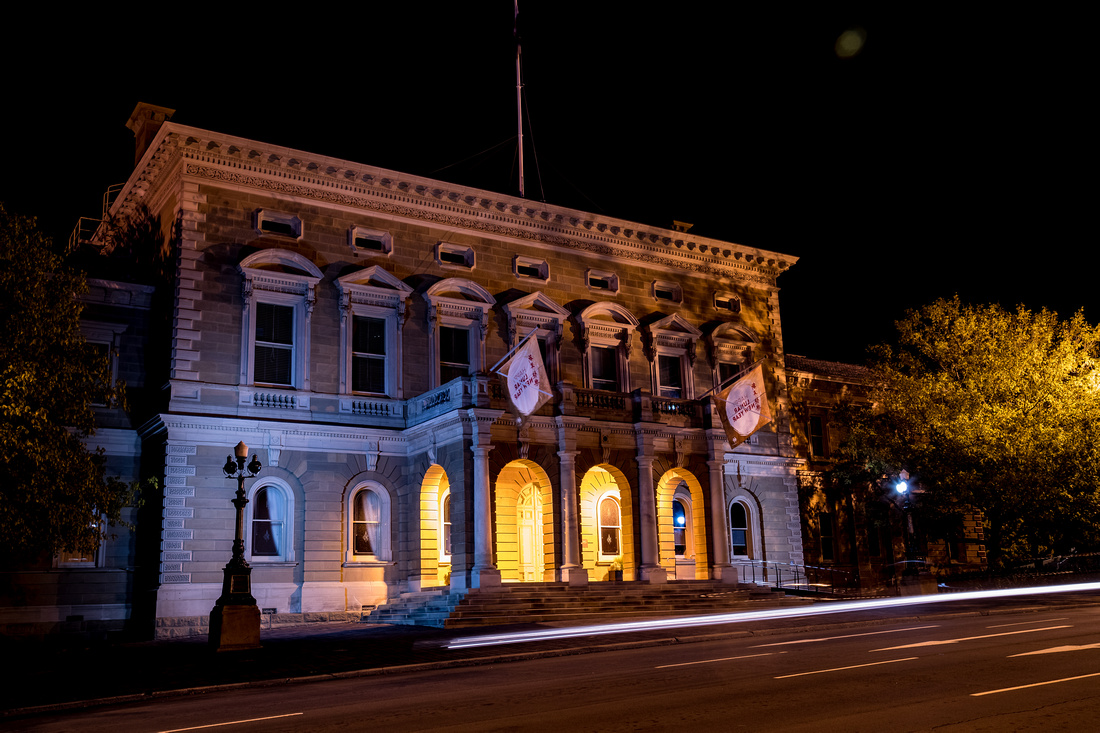 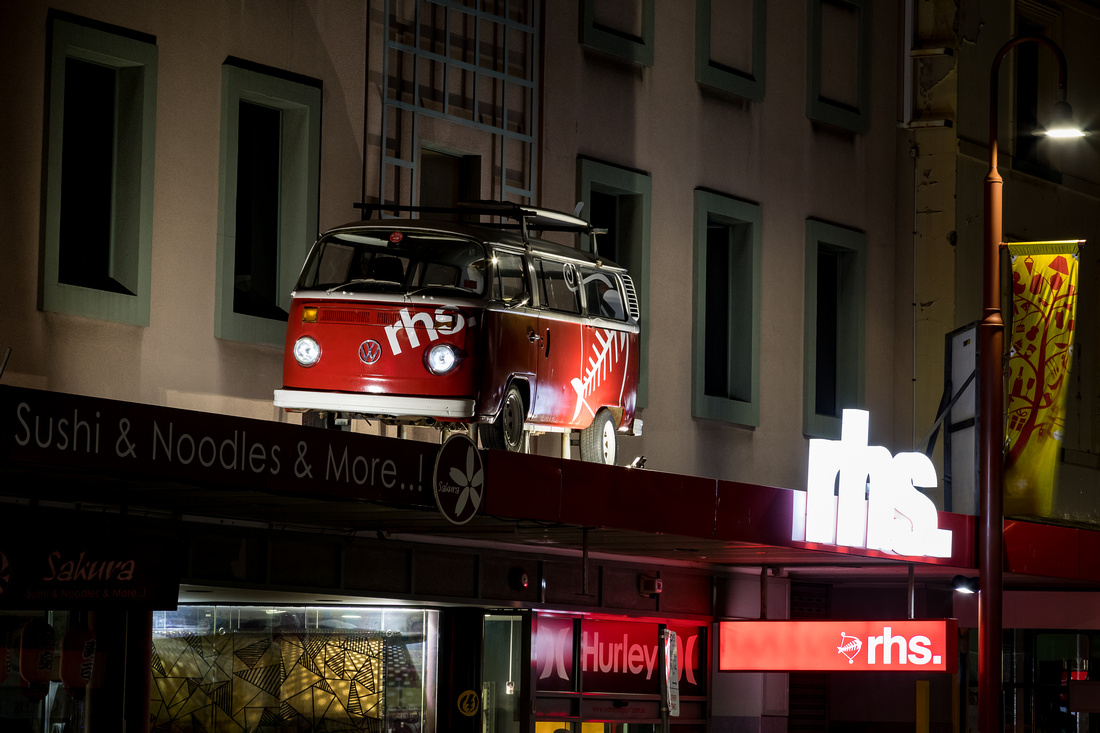 Down at the dock, the water was mirror smooth and made great reflections. So the next series of shots were taken around the dock. 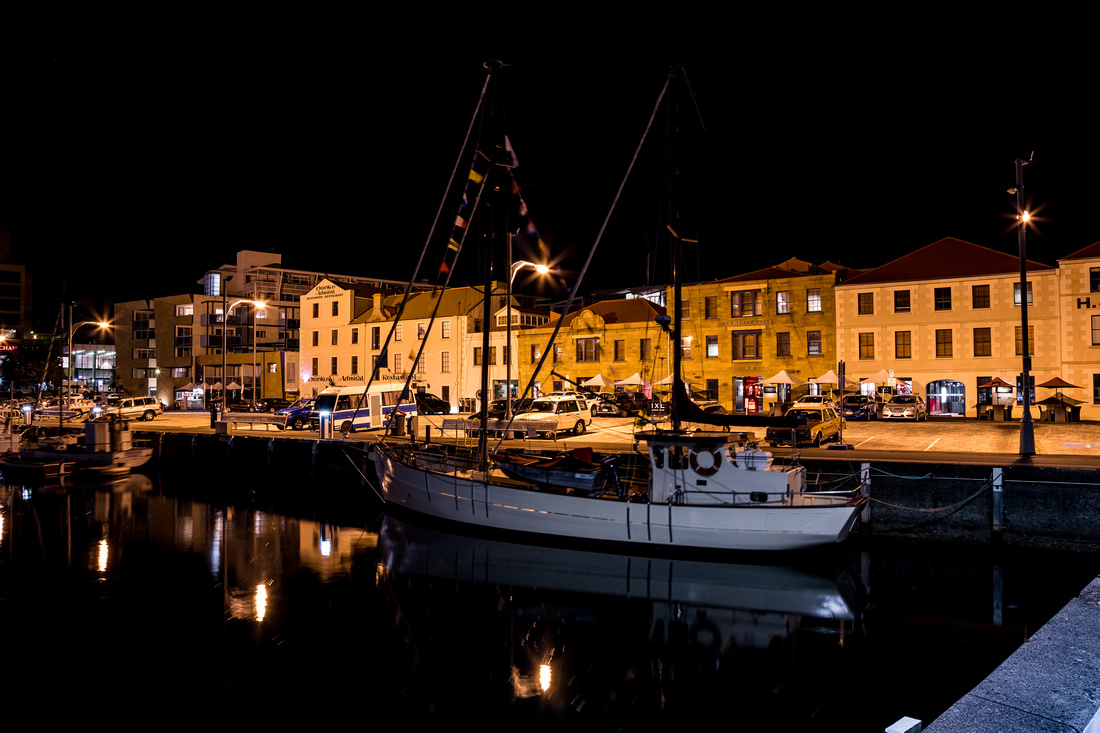 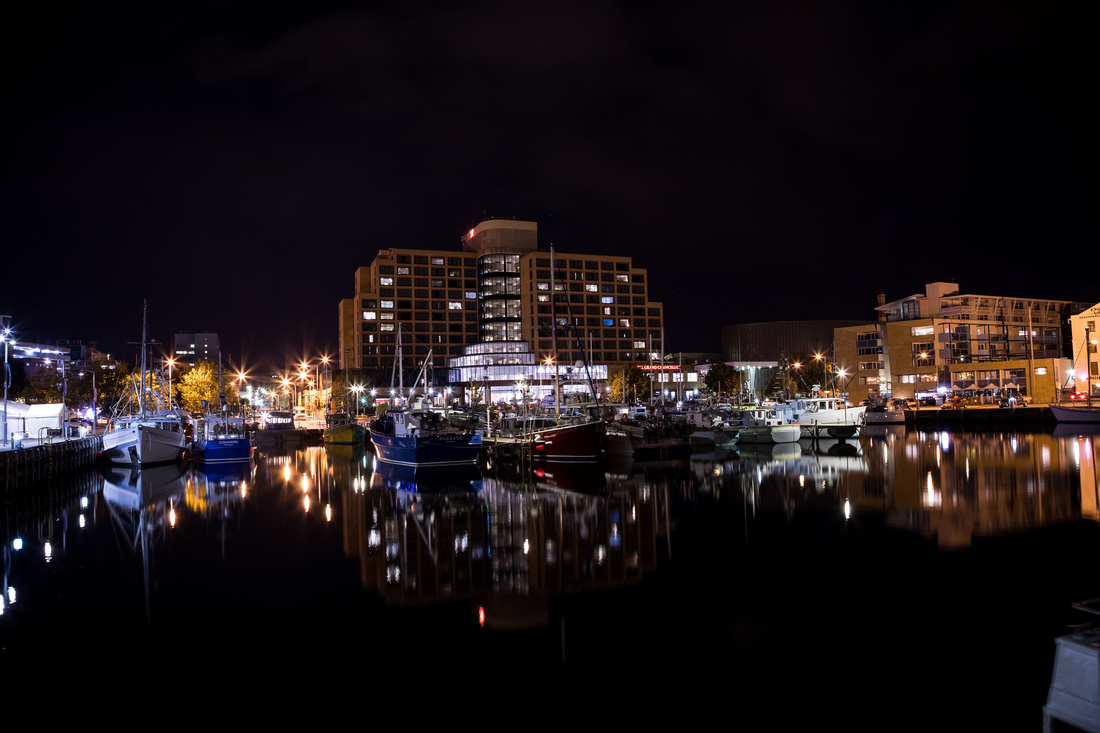 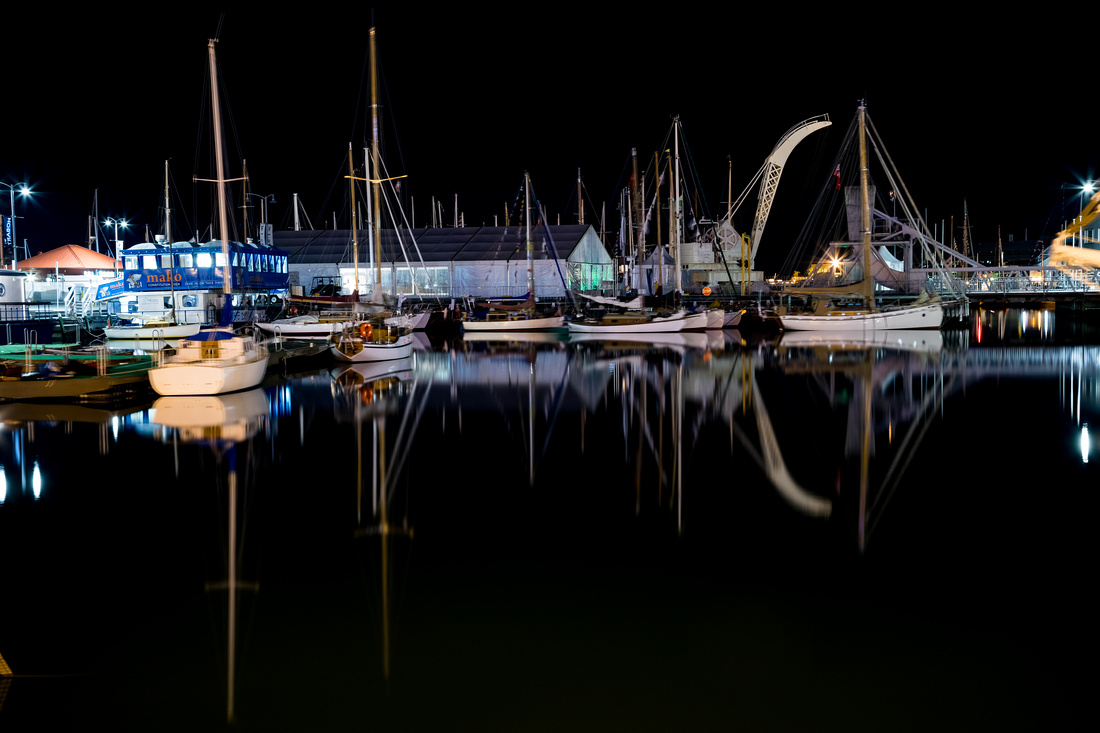 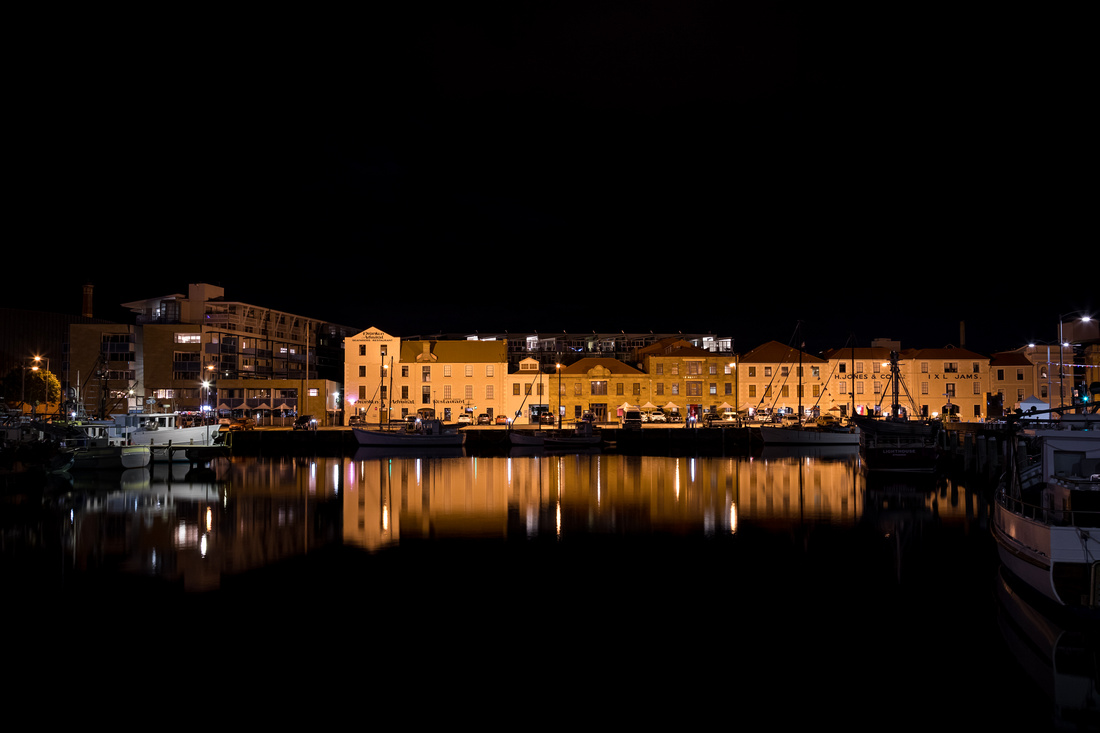 So that's it for the end of day three of the Tasmanian photography tour, next blog will be day four. In the coming week.