This weeks blog post is a walkthrough of the shots I took in the Australian Botanic Gardens, Mount Annan. Was a bit wet out so good news for the gardens, and the whole east coast of Australia for that matter. The fires that have been burning for months are either out now or under control due to the rains, so good news.

This first shot was pretty much what I was greeted with as I got out of the car and walked to the first lake. A young Dusky Moorhen (Gallinula tenebrosa). 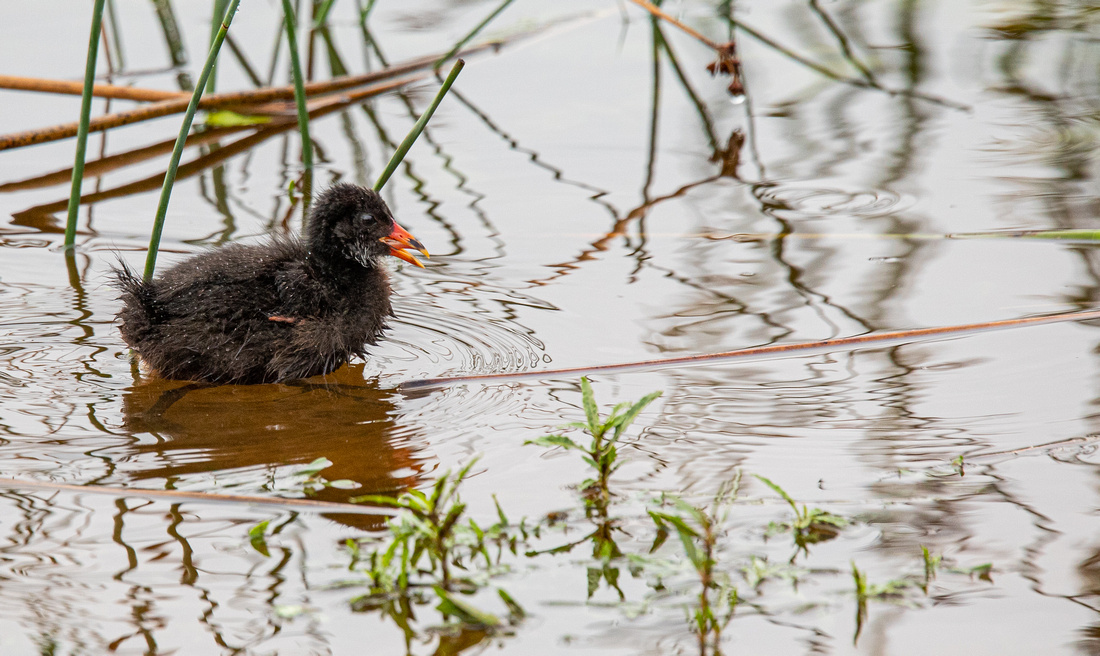 Like most bird shots it’s better waiting for the bird to come to you so sitting and waiting patiently usually gives good results as is the case here, the bird came closer if I had moved closer the bird would have moved away or flew, so waiting is usually the way to go. A better shot comes up later. 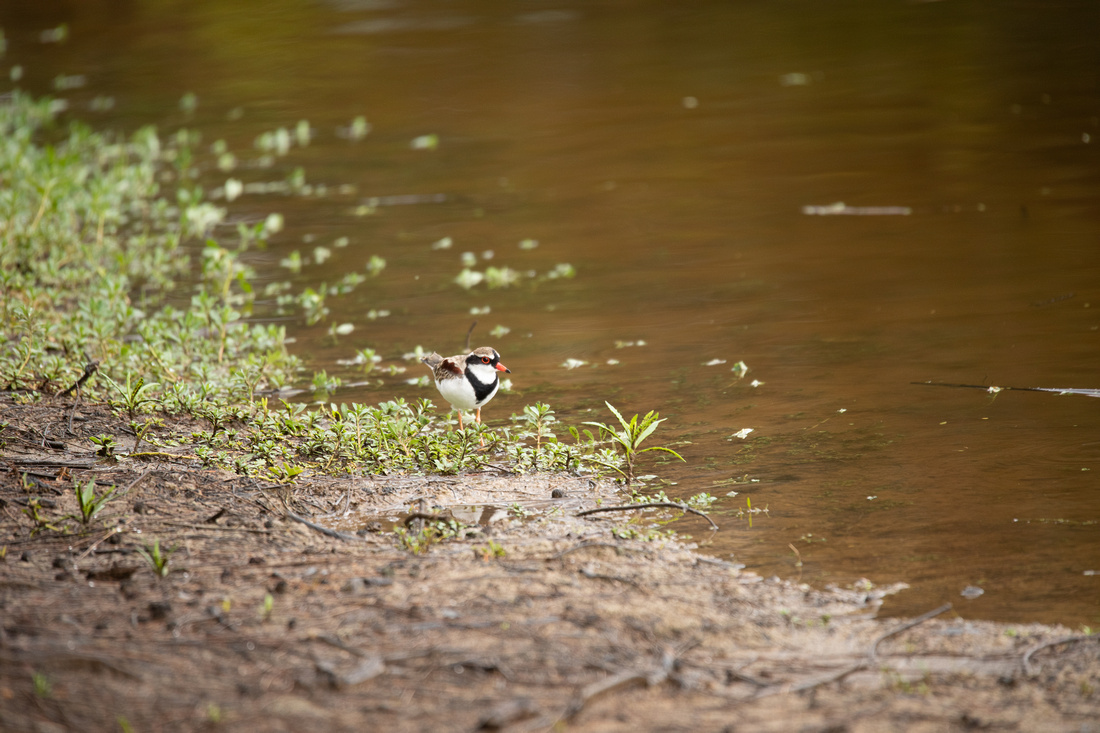 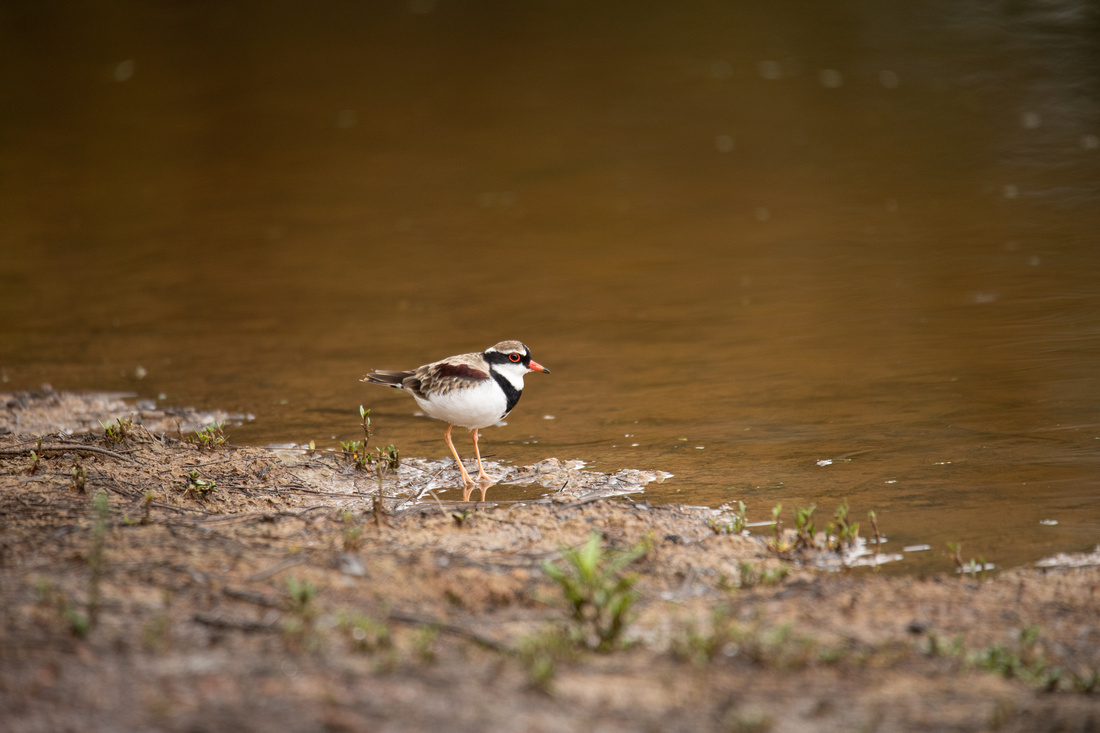 This next image is of a Sacred Kingfisher (Todiramphus sanctus) not happy with this shot, not as sharp as I’d like, getting a few images like this of late, so got to work out why. The image was taken with the 5dmk4, but is very heavily cropped in. You can see al the waterdrops glistening in the background. 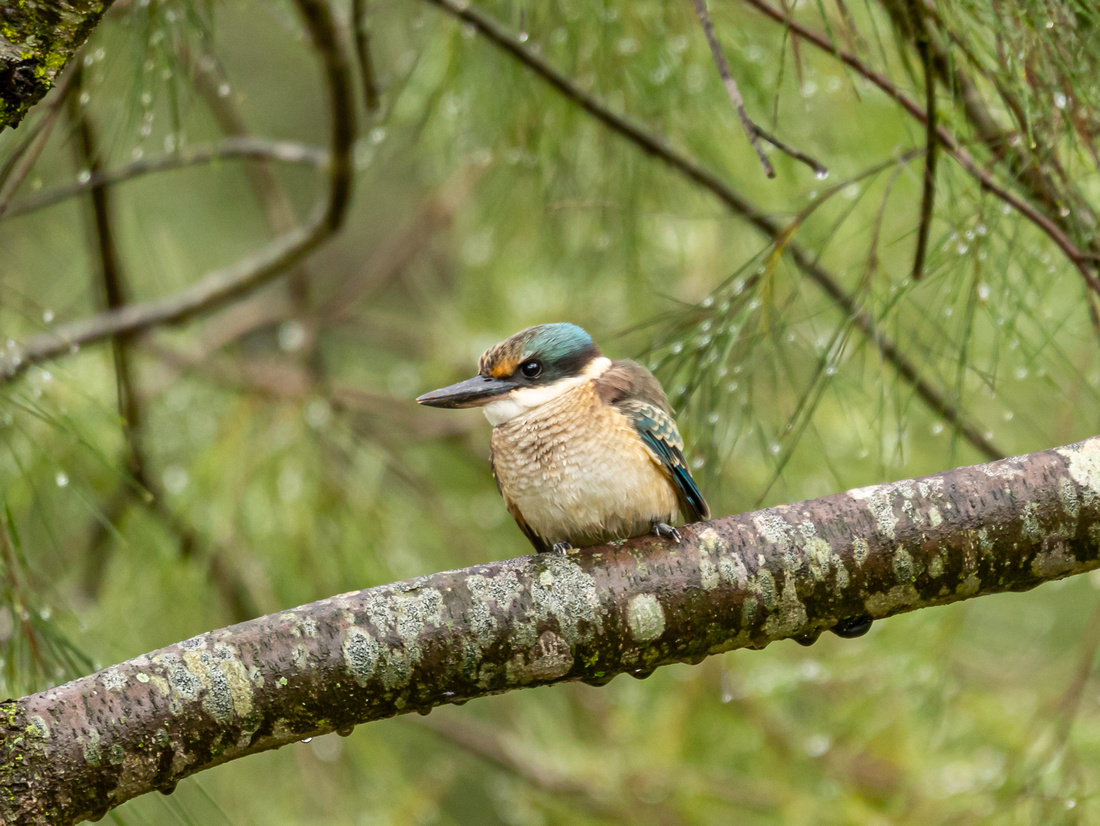 Here's the other shot of the Black-fronted Dotterel. In this shot, you can see the raindrops hitting the lakes surface and all the water droplets on the back of the bird. It’s just a matter of waiting for the bird to come to you. Happy with this one. 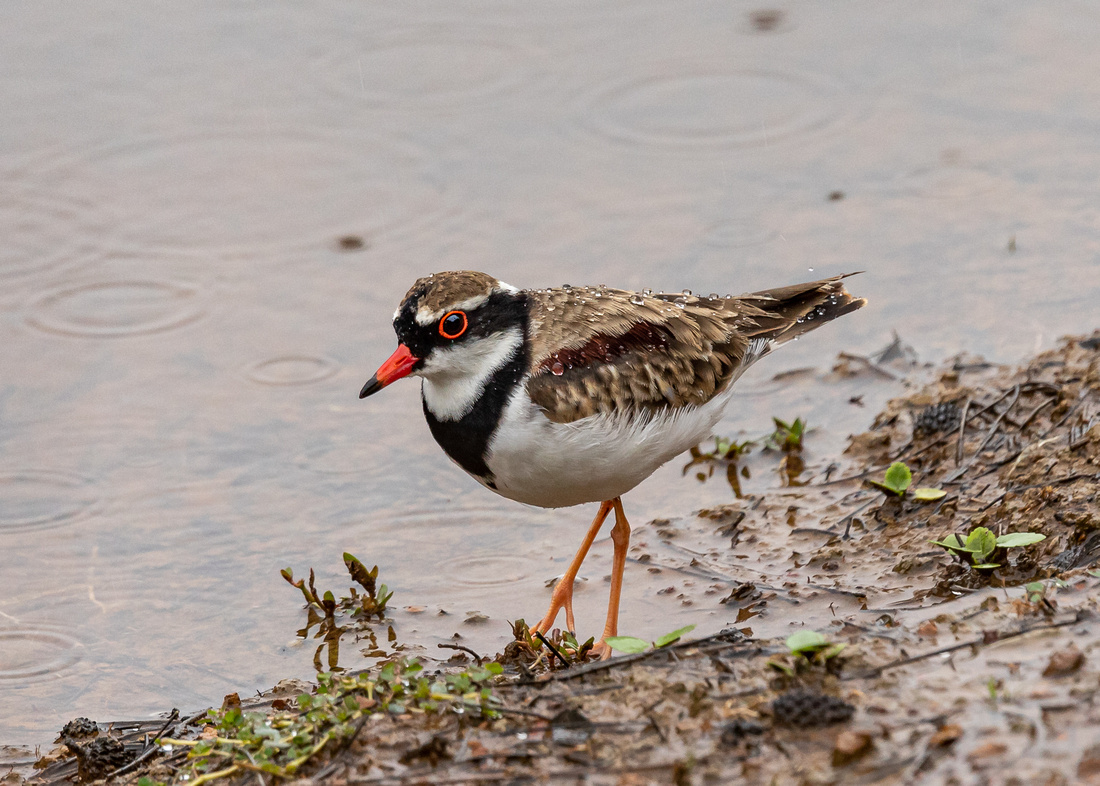 Another bird in the rain shot, not an exciting shot, but shows the weather conditions and the birds still in the rain. An Australasian Grebe (Tachybaptus novaehollandiae) 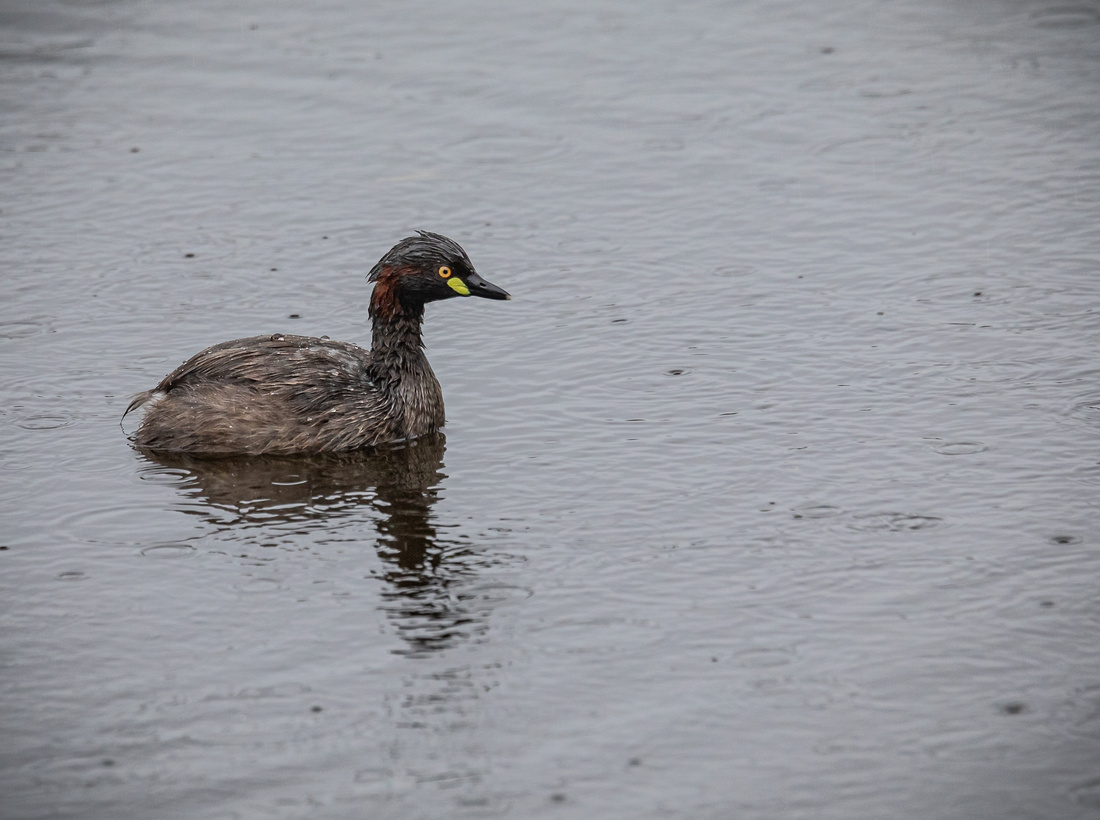 This one's again nothing special but showing the rain. 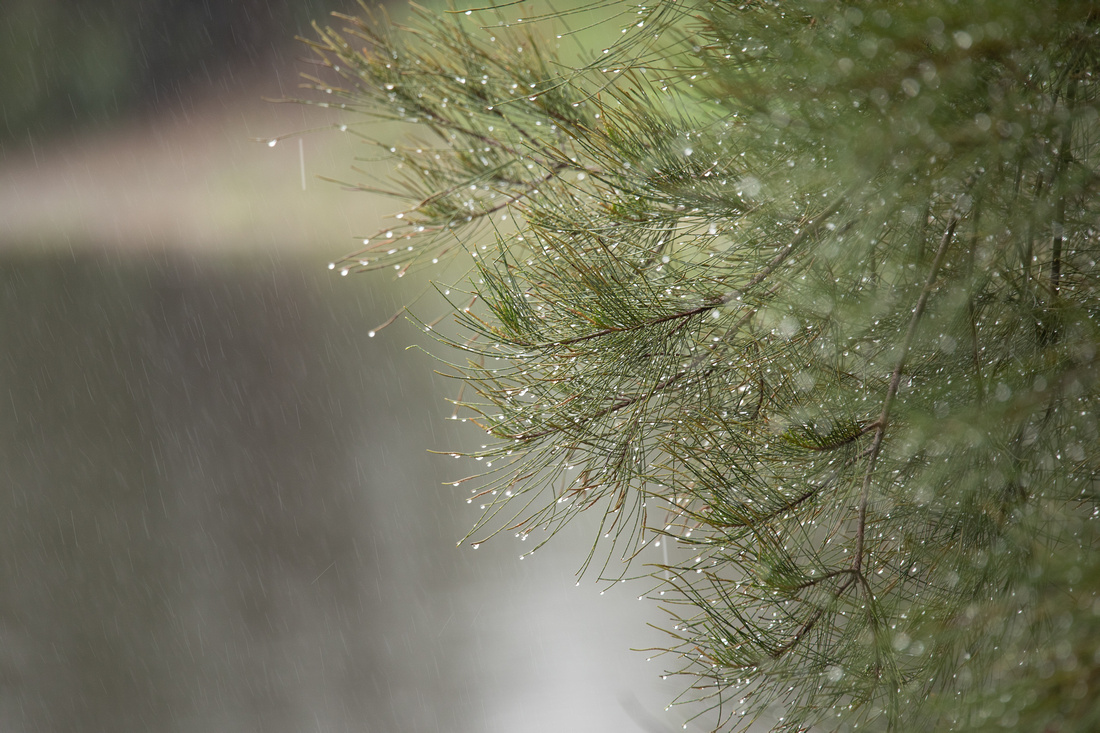 The Eurasian Coots (Fulica atra) were also out in the rain. These next two shots show the rain falling and collecting on the back of the Coot. 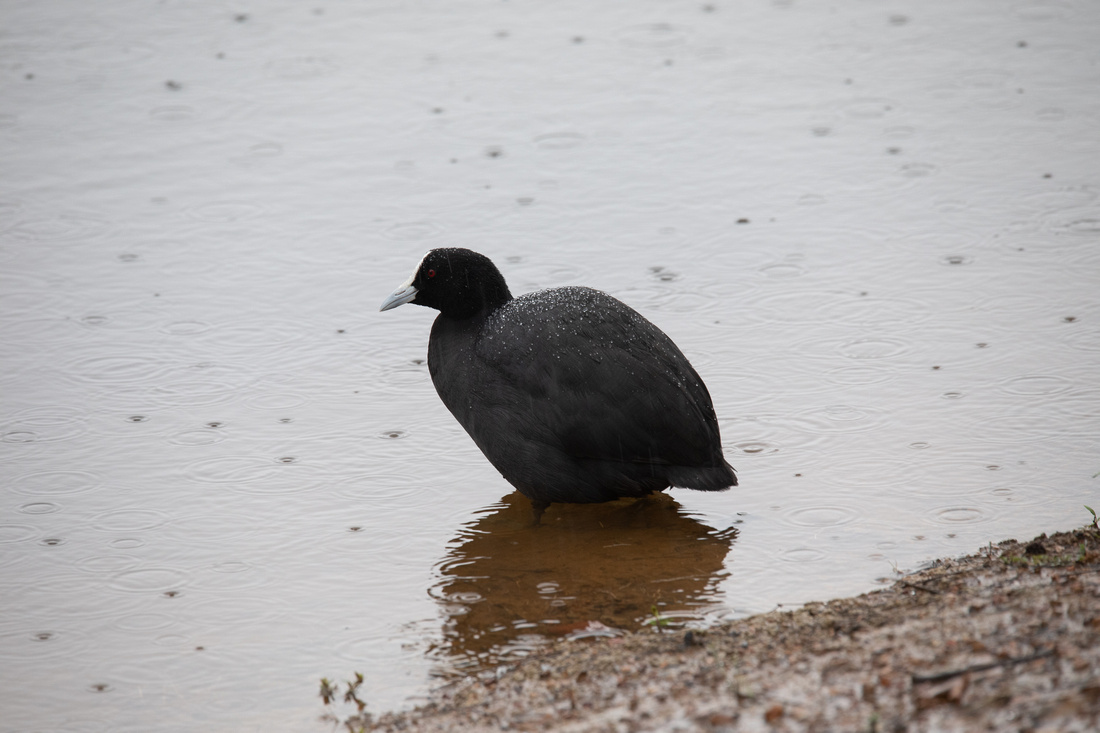 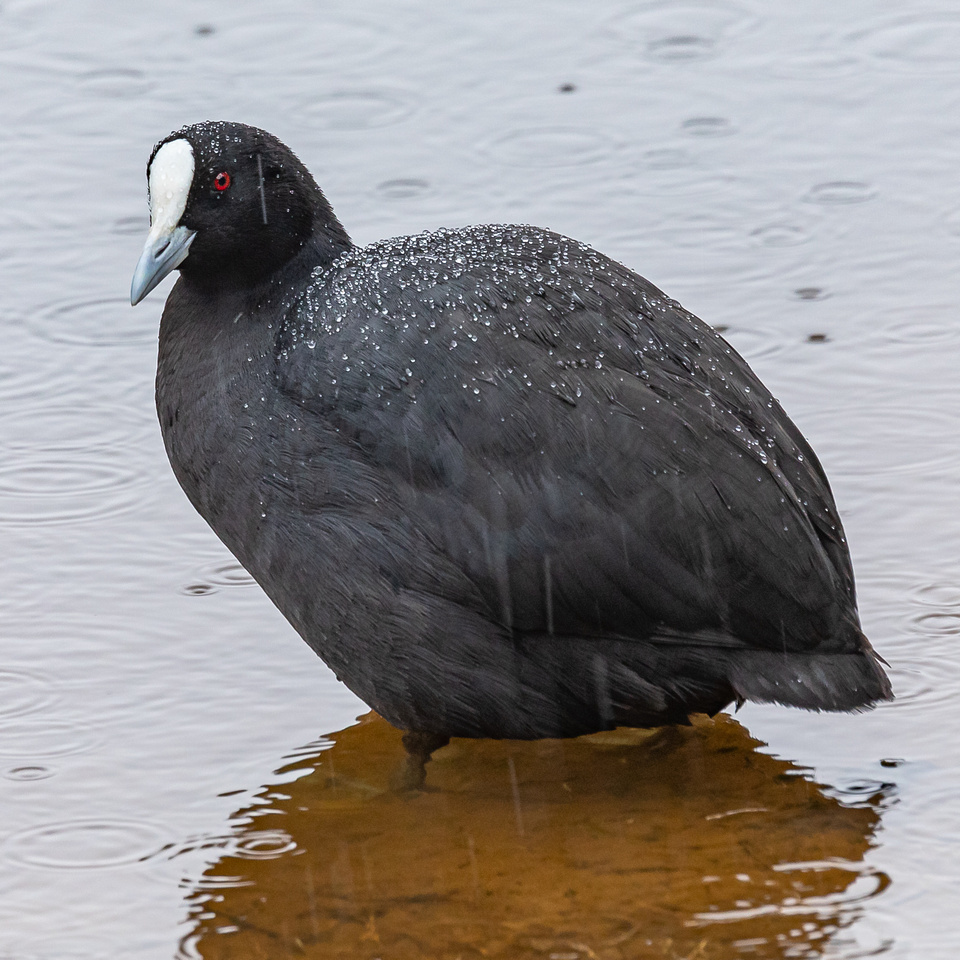 With the rain still falling but easing off I went up to the connections gardens and most of the birdlife was taking cover or sitting in the rain, so tried a few shots of flowers and plants in the rain. Surprisingly there were Waratahs out in full flower. These normal flower October to November and by this time of year well past flowing, so unusual to see them in flower this time of year. The flower heads collect the water drops. 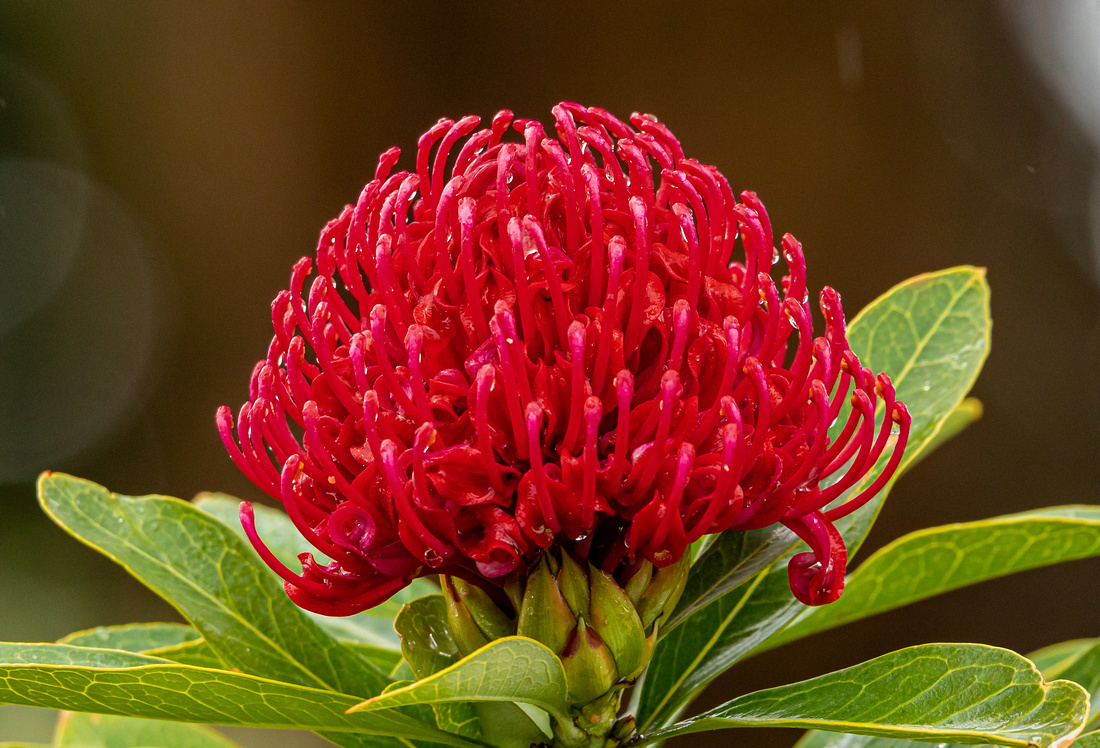 Likewise with the rain still falling these gum nuts are covered in raindrops. For that matter so was I. 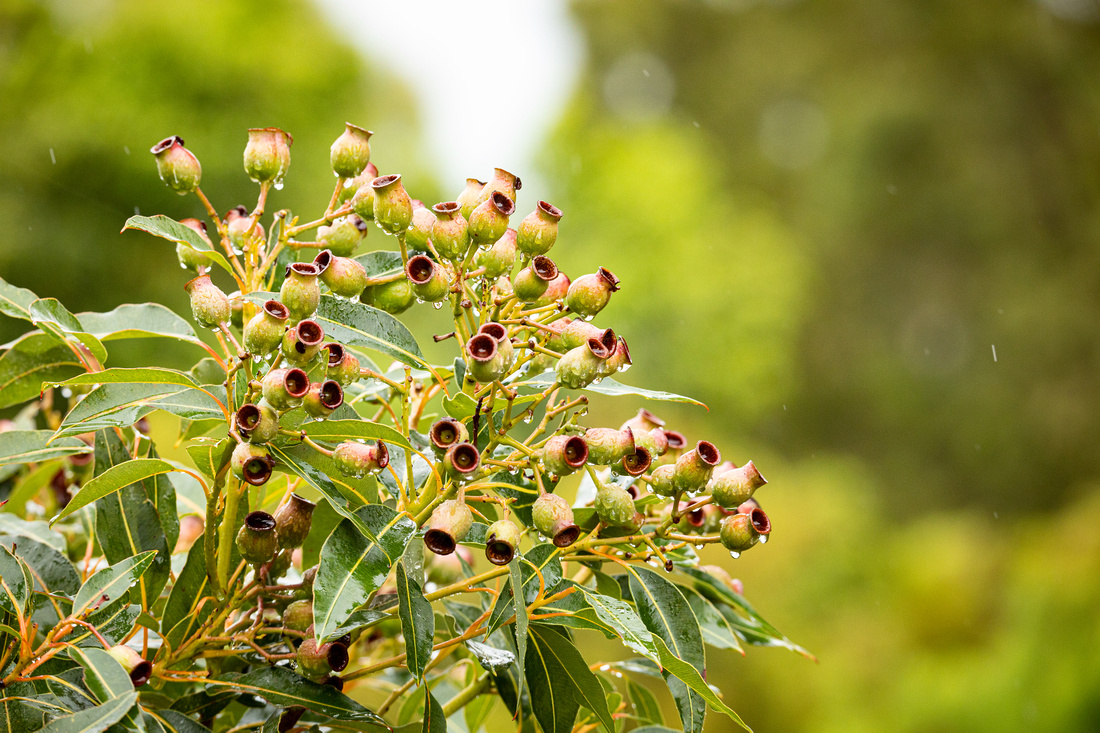 The last shot in the gardens for the day was this spider web with all the rain caught in the web. This shot was hand help using the Sigma 150-600mm at 600mm. I was getting too wet to set up the camera on the tripod and was heading to the car, not the best way to get a decent shot, but after all day out in the rain, I'd had enough for the day. 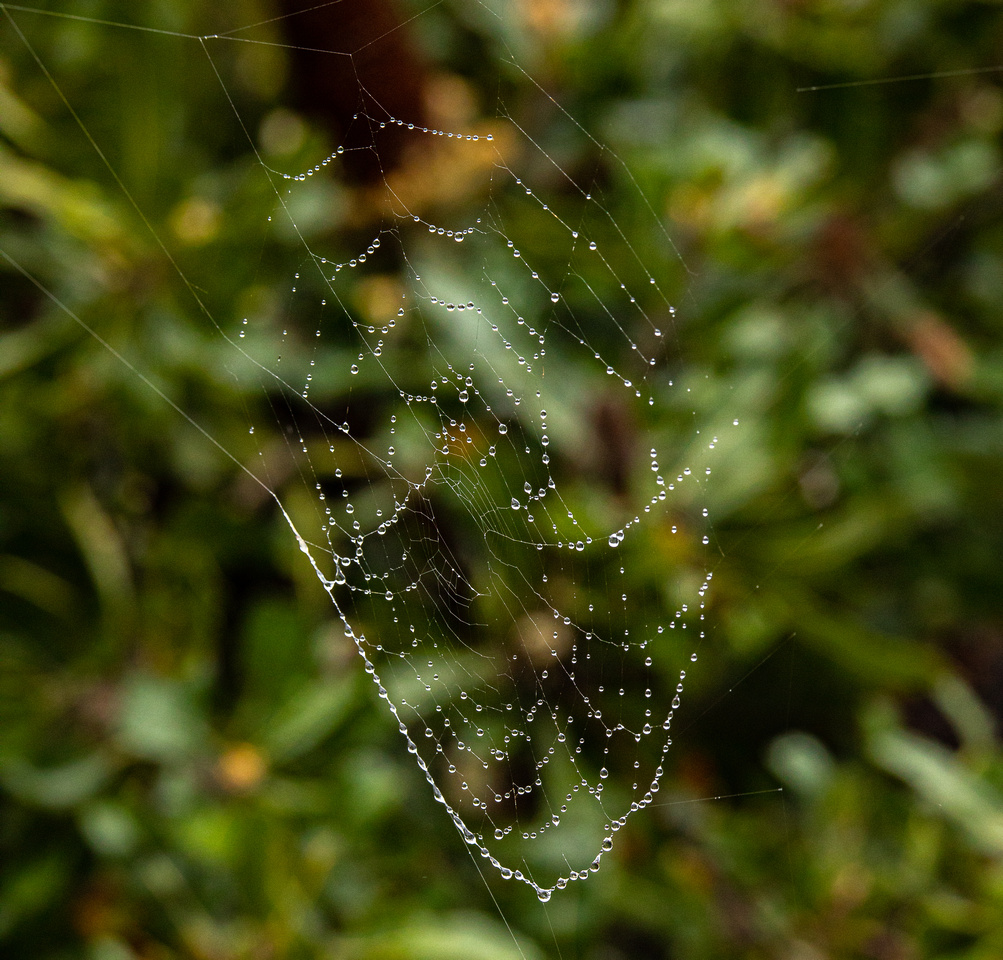 The last shot for this week was taken as soon as I got home and sitting out on the railing undercover keeping out of the rain was this pair of somewhat soggy Rainbow Lorikeets (Trichoglossus haematodus). 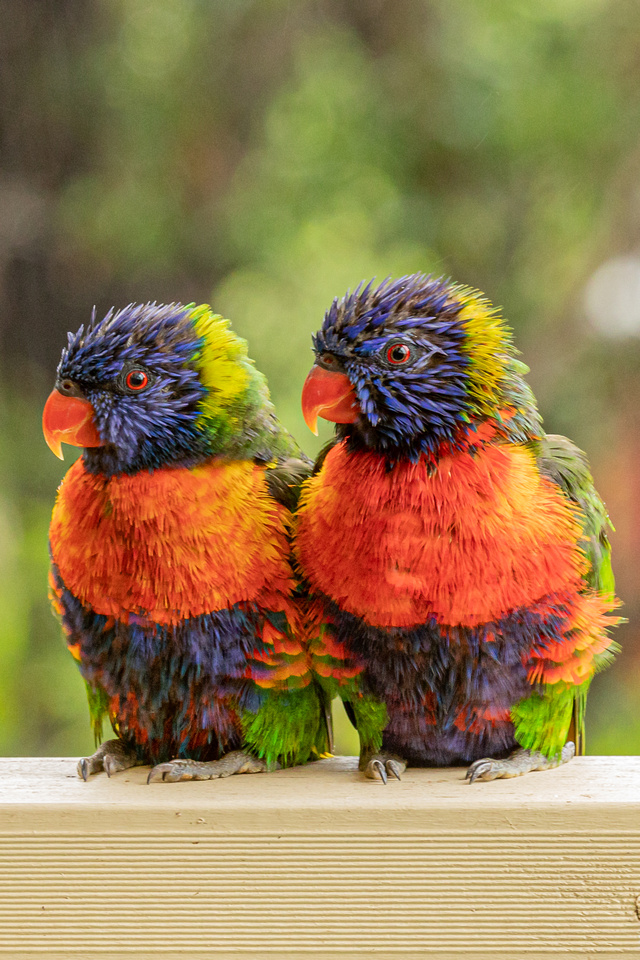 So that wraps up this week's shots out of the Australian Botanic Gardens plus a bonus shot from home.

Thanks for dropping by my blog this week. Back next week with more.