Again, the years fly by, it’s time to review my images from last year and create my top ten list. This will be my fifth year of doing these now. I'm not sure if it actually got easier this year, or I've got better at reviewing images and cutting down to a final ten. Maybe this year's images weren't as difficult to select from, thou the final images to be removed were not an easy task to complete, it’s really painful to remove those last two images, but that's the point to having a final top ten. So in the last year I managed to put out exactly one blog post which was the previous years top ten, so that wasn't a great effort considering I was going to try and get back to the one post per week, So I'd have to rate that as a big fail. We'll see how this year goes.

This year The Australian Botanic gardens, continued to run photography workshops so I had 7 workshops to run, plus I had a one on one workshop for someone. I also had three event photography shoots for the Botanic Gardens and Centennial Parklands, one shot from these events made my top ten. I also managed to do some event photography shoots for myself which is always good practice, while doing these I managed to shoot the same local group here 'Like Angles Trio'  https://www.instagram.com/wearelikeangels/ I've actually had shots of these from various events over the years but this year I managed to get their details made contact and shared the images I had with them. They just released their first single with all the money raised going towards drought relief and the devastating fires we are having here in Australia this summer. I was also Photography of the day on the photofocus website for a day in December. https://photofocus.com/inspiration/photographer-of-the-day-glenn-smith/
One of my shots was also critiqued on the Behind the shot podcast. https://www.youtube.com/watch?v=jMuiDhwBroo just after the 1-hour mark.

The local council again ran their Nature photography competition this year and this year they didn't have any workshops running in conjunction with it, so I was free to enter this year and managed to win the Floral section.

I was also asked to give a talk at the Illawarra Bird observers group down in Wollongong earlier in the year. Plus, I was asked to give a talk and a short workshop for Camera houses photography expo at Darling Harbour earlier in the year. Birding NSW asked by to assist with the judging of their annual photography competition, and the Australian Botanic Gardens are running a monthly photography competition which I'm also one of the judges for. So, every month I have to judge the images for this, so a bit of competition judging this year I think helped in cutting down my images for the year to the final ten.

So, all up a pretty busy year photography wise, considering photography is my hobby and I still have a full-time job as well.

I've already got three speaking events lined up for 2020, workshops running the second Sundays of most months with the Gardens and possible the photography Expo again at Darling Harbour, so another full year coming up, in between all that I need to get out and shoot some shots. Hoping to head back out to central Australia sometime toward the middle of the year.

Back to the top ten shots from last year this is and idea I got from Martin Bailey's photography podcasts https://martinbaileyphotography.com/podcasts/

Each year Martin goes through the process of selecting his top ten shots for the year, which is pretty much the way I do the same, It's never an easy process when you get down to the last twenty, but worth getting to the last ten, as you get to review your images critically, this is where you learn from your images just what makes a good image and a great image. If you go back and compare to the previous years you see if you have improved and if your photography is changing direction. Looking at my top ten this year six of my images have a fantasy feel in the post processing.  Three shots were Mushroom shots. Four shots were bird shots, which is interesting as my Instagram top nine as selected by number of likes was all bird shots for this year. Two shots were flower shots and one shot was from one of the event photo shoots I did through the year. On with the shots. 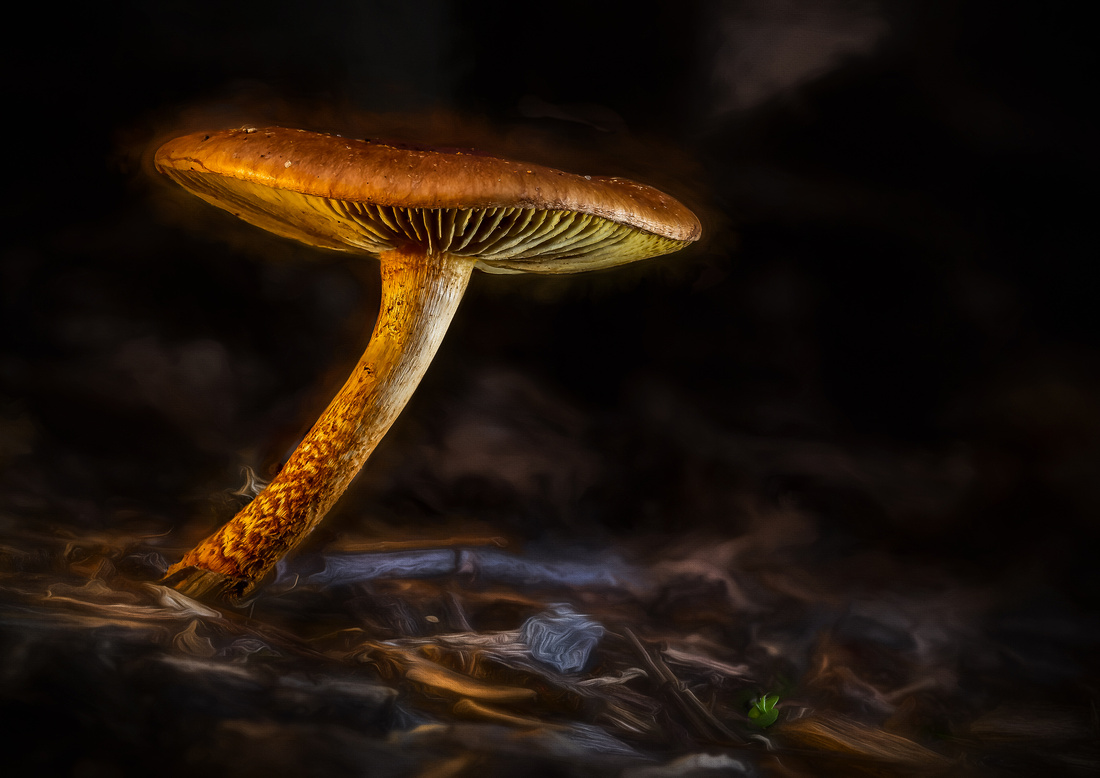 This shot was taken in normal daylight, Two off camera speedlites one with a brown gel. The image is made from several images’ focus stacked together to give the depth of field, a bit of post processing magic on the background gives the fantasy feel, the mushroom is based back in. 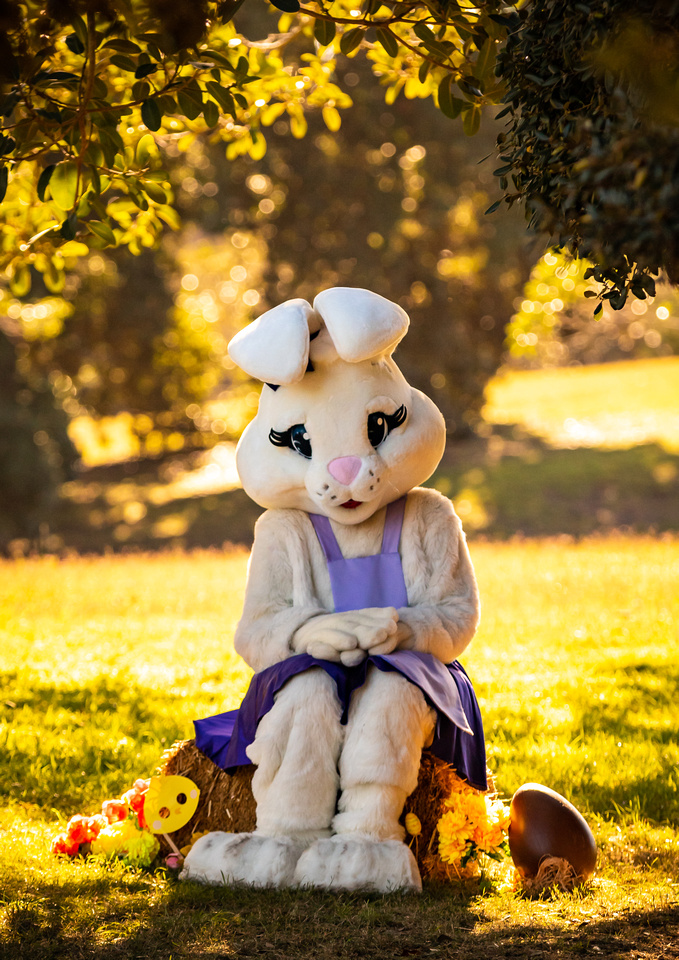 This shot was taken at the Centennial Park Easter event where I was the official event photographer. As you'd have noted if you'd seen any of my work most of my shots are usually nature and wildlife not people so event photography is a little out of my comfort zone but it’s good to take on new challenges and helps to take your photography a little further then you would otherwise do. The lighting was natural for this shot, with the sun just cresting a rise and backlighting the Easter bunny, happy with how this shot turned out, as was the customer so that's always a good thing to have happy customers. 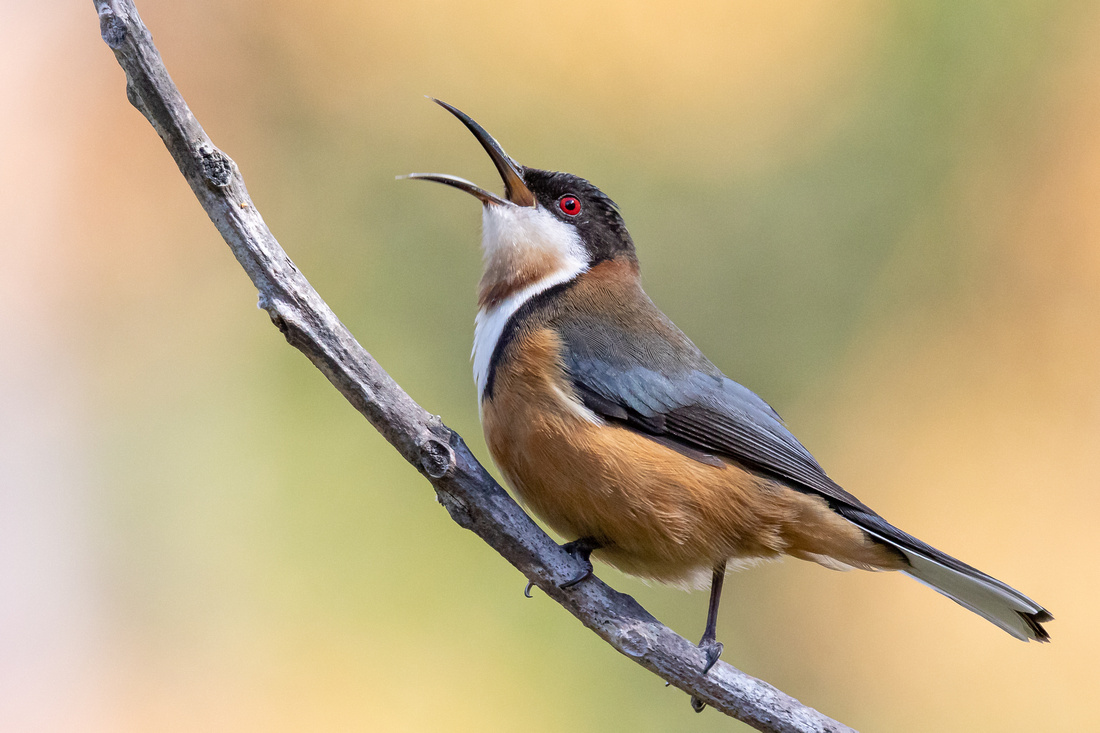 This shot as all, but the Easter bunny shot were taken in the one location the Australian Botanic Gardens, Mount Annan, South West of Sydney. https://www.australianbotanicgarden.com.au The gardens are a little larger than most 416 Hectares in area, 12 km of roads, natural bushland, along with manicured gardens. The gardens have 189 known bird species visiting the gardens thought out the year, I've been shooting the different types now for several years and still 35 spices to find and shoot. This one's an Eastern Spinebill. 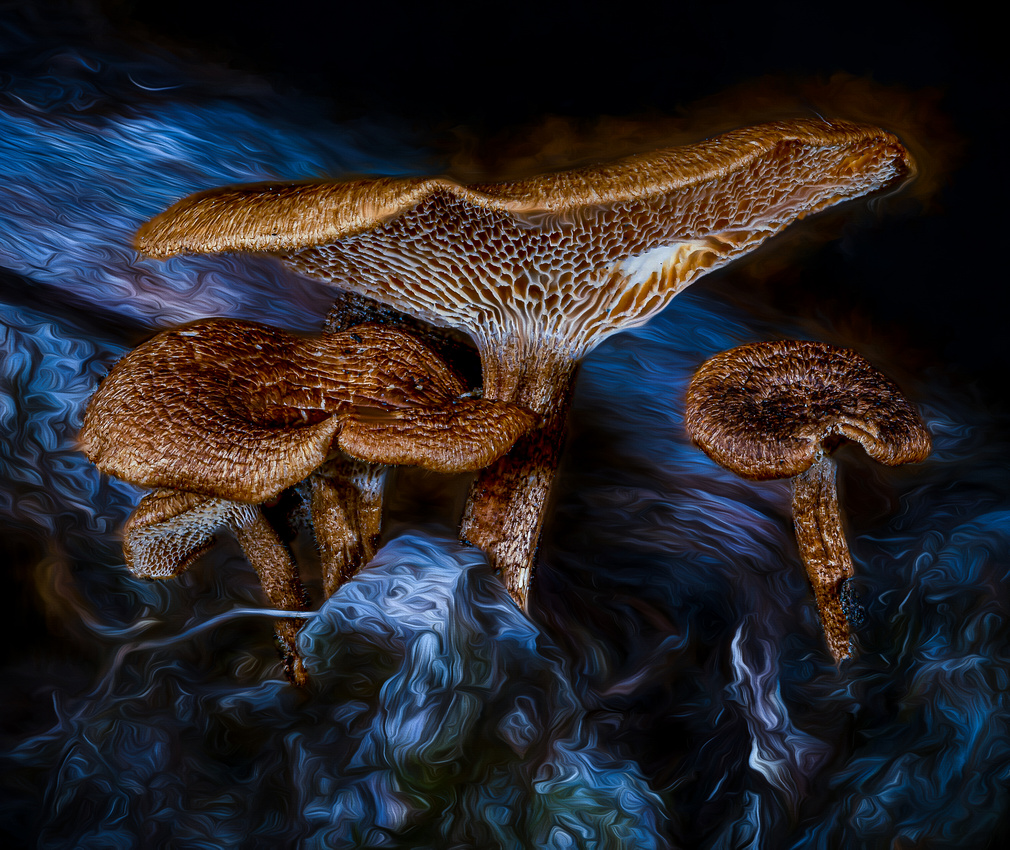 Not too many Mushrooms about this year due to the continuing drought and now the extreme high temperatures and fires. The fire hazard warning has twice been raised to catastrophic here this last month which means the gardens were actually closed, the ground is so dry most of the grass has died, you walk on it and it turns to dust, so with the soil moisture content being so low very little in the way of fungi about. These ones were very woody and dry. Again, taking with two off-camera speedlites, Brown gel and white balanced back to turn the shadows that blue tint which works well with the brown mushrooms here. Again, focus stacked and post-processed on the background to give the fantasy feel about this shot. 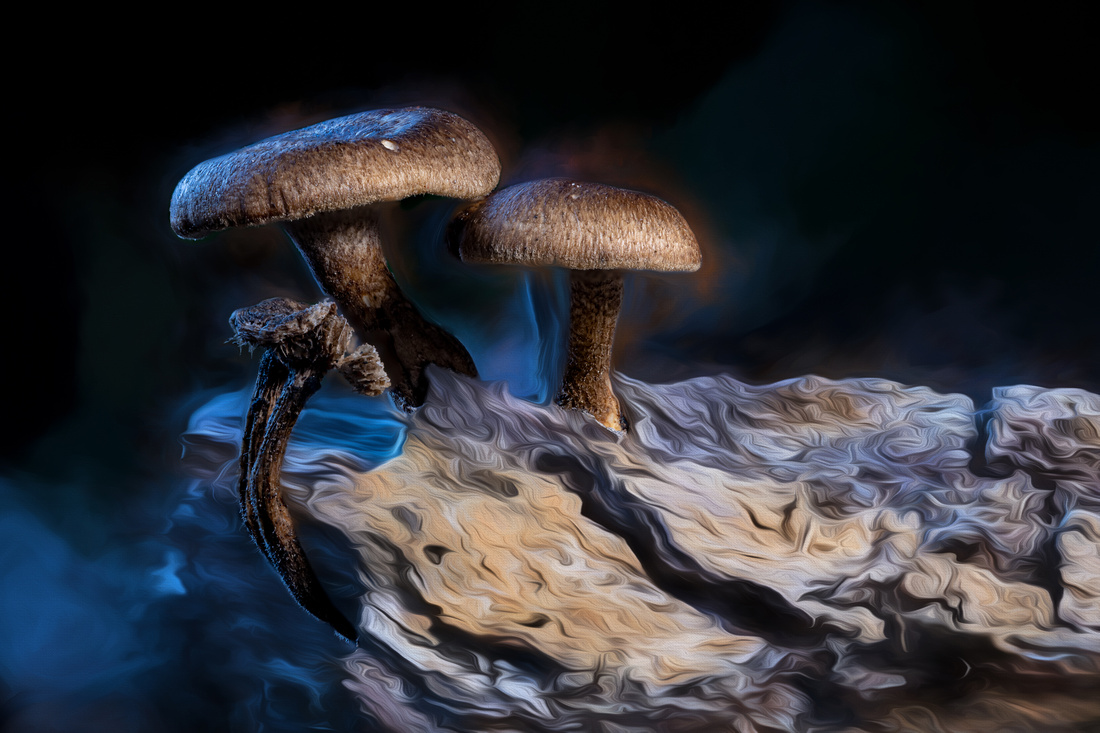 Another Fungi shot made my list, same process as above. These were on the same small log. 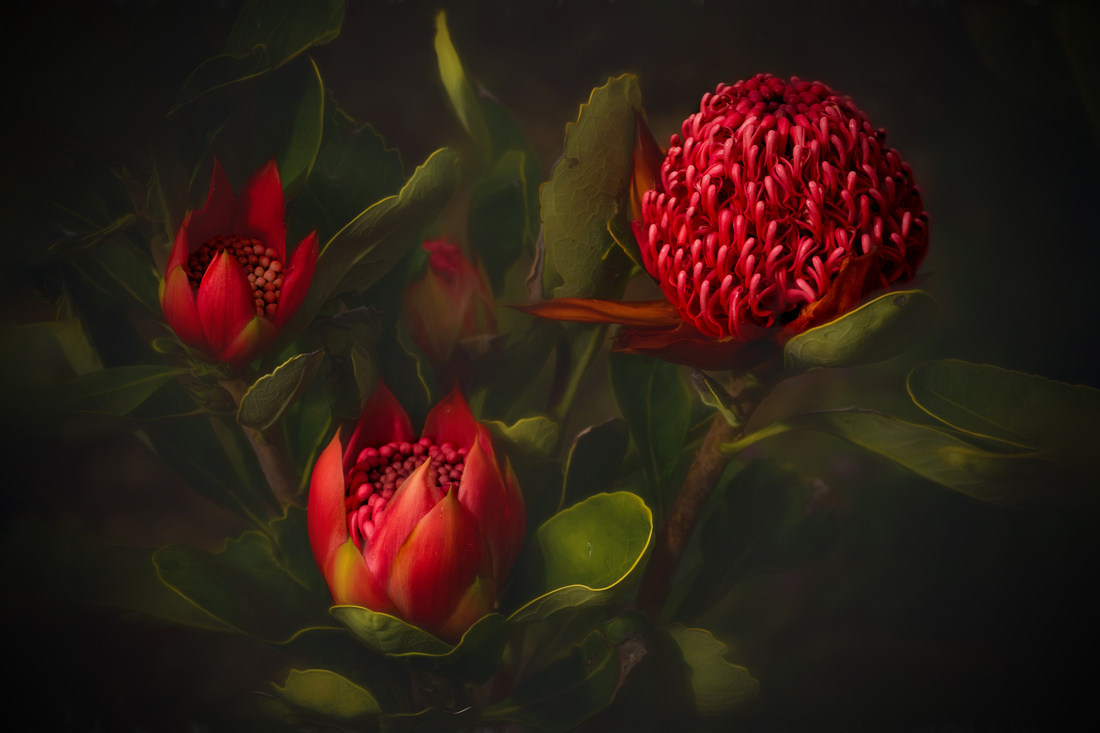 This shots my favourite for the year, I print all my shots on my Canon Pro 1000, and this one prints into an amazing image, When you hold the print in your hand you almost try and put you're had through the image. the image appears to be 3D with the two smaller flowers to the top left appearing to be deep in the paper. I've printed these with a full clear coat of the Chroma Optimizer not sure if that's helped or it's just the processing that I used. This is definitely the highlight of my year when this first came off the printer. Looking at it on the screen doesn't show the depth I can see in a print. I have several prints of this laying around now and as I walk past a table or cupboard with the image laying on top I always get stopped by the image and look into the image. 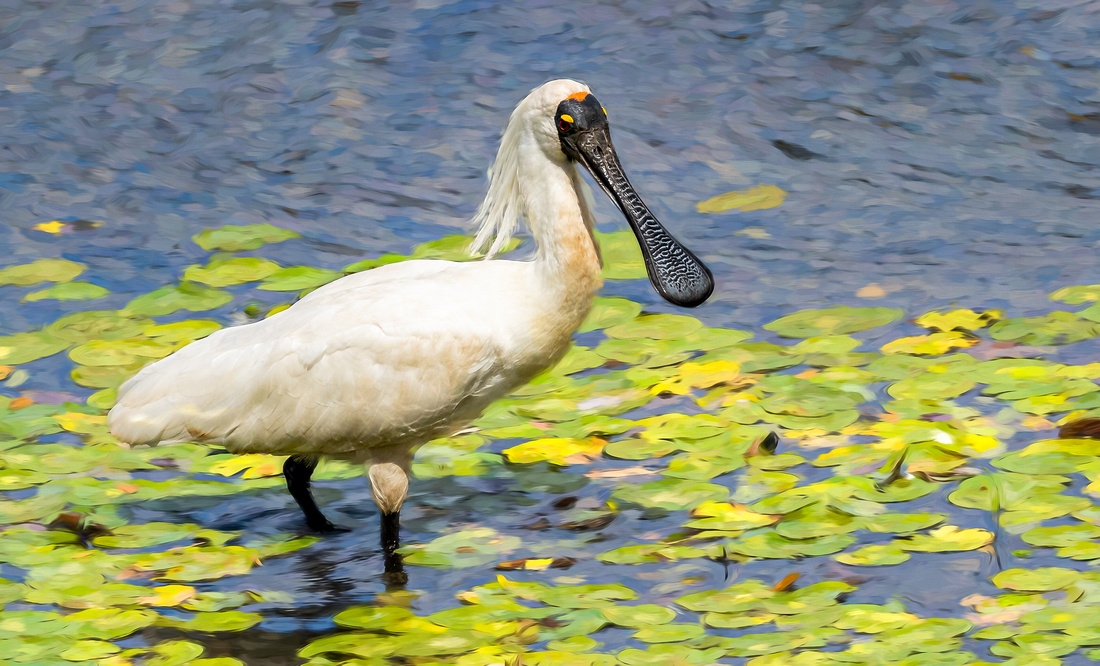 Another bird shot from within the Australian Botanic Gardens, This one taken a bit early in the year a lot of these water lilies are now dry and shrivel up on the banks as the lakes and dams dry up. This shot has a definite Monet feel about it with the processing I've used. Seems this year processing as certainly made an impact on my top ten. 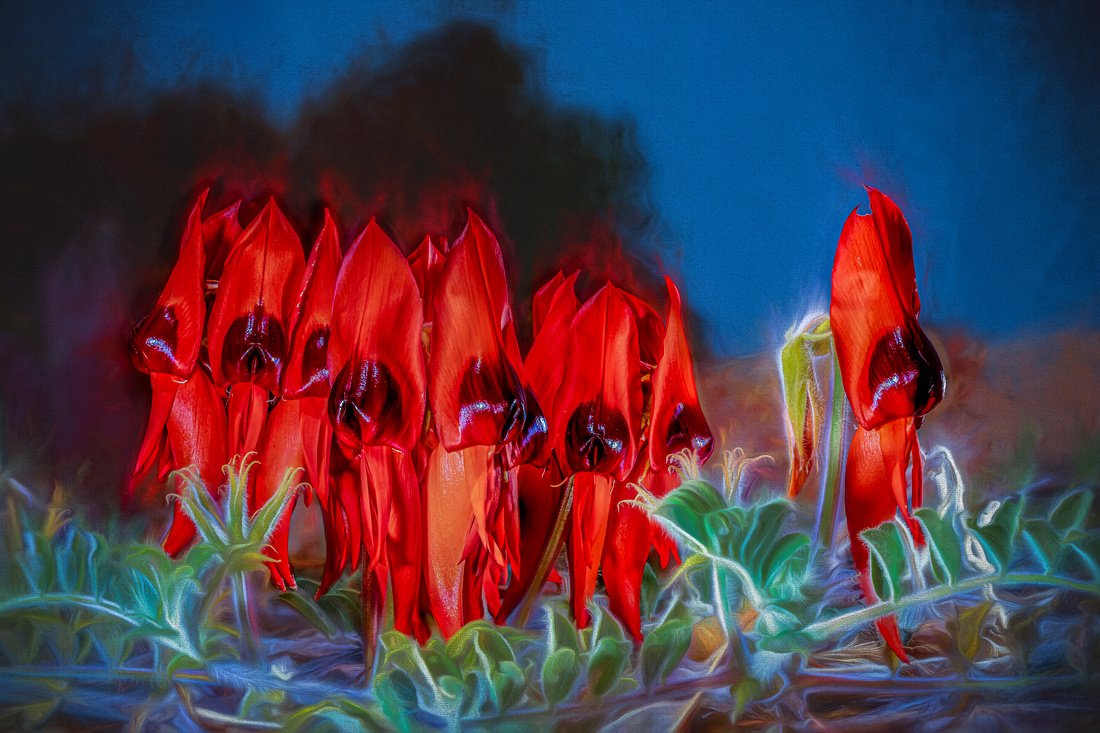 The Sturts Desert Pea is once of my Favourite Australian Native flowers, these grow in the arid regions of Australia, I've seen them in the wid over in Outback western Australia but these were again taken in the Australian Botanic Gardens, this was taken in full sun. underexposed and lite with a single Speedlite. Post-processing again gives this shot the magical almost electric feel to this shot. 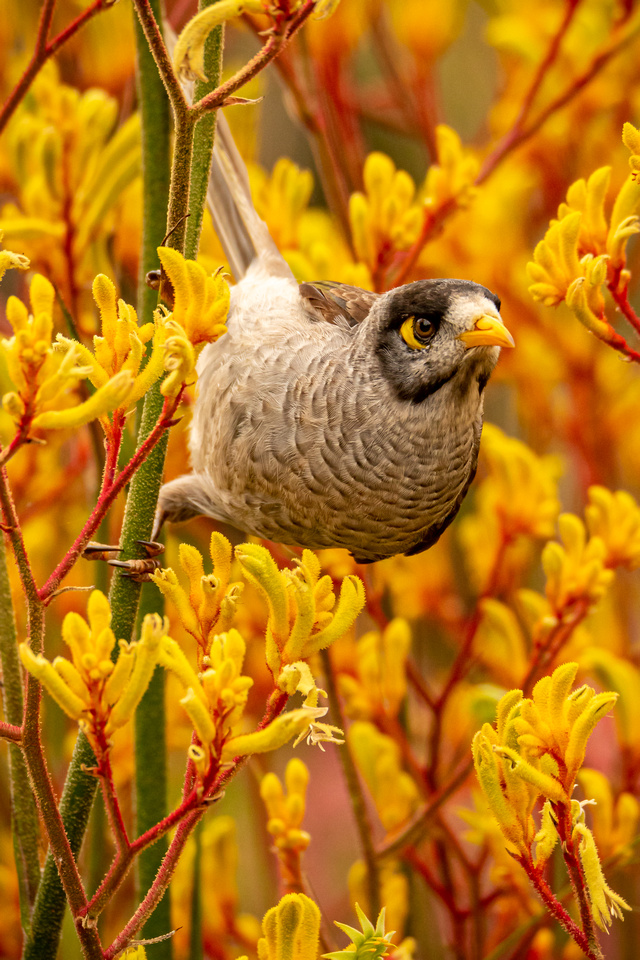 One of the more common birds in the Sydney suburban area is the Noisy Miner. This shot works for me due to the colour of the Kangaroo Paws yellow matches the bird's beak and eye-ring. 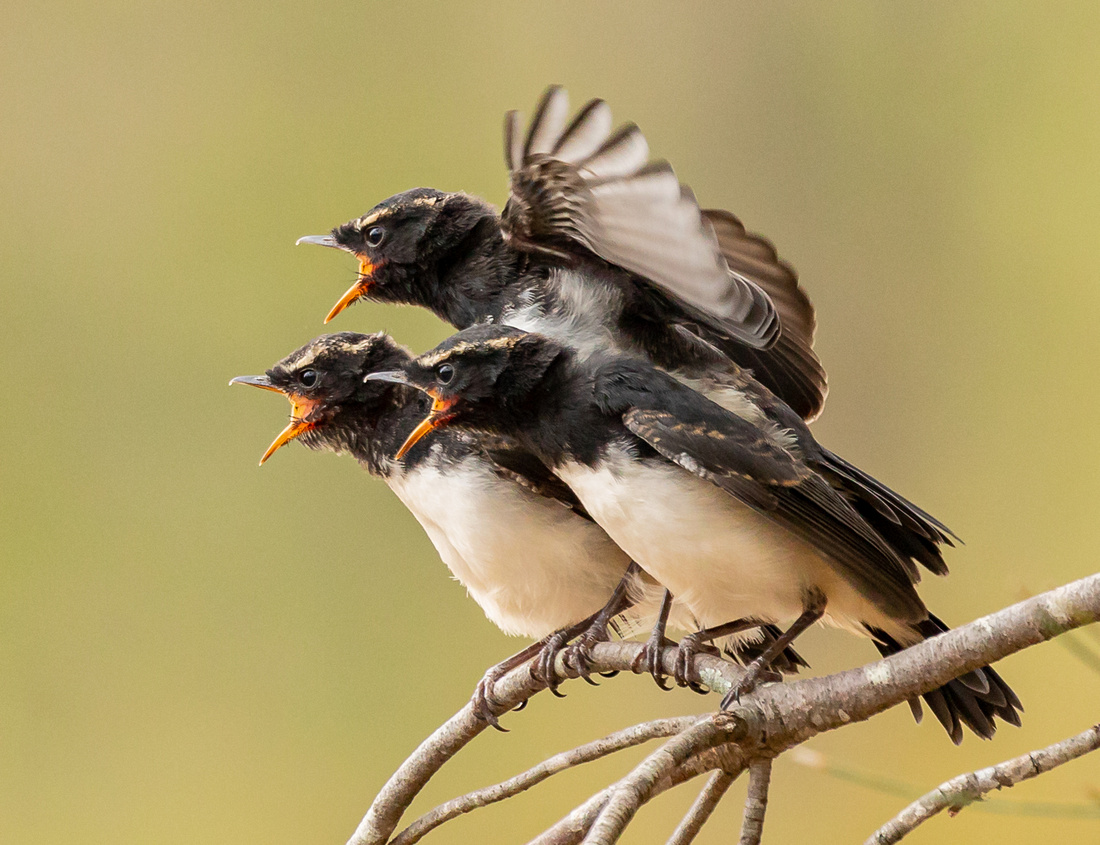 The final shot of the top ten was only taken Christmas eve so maybe one that shouldn't have made the cut as I've still got the memory of the moment and the shot clear in my mind, but I still like the shot, I used this and a series of two other for my Christmas post calling them the Christmas Carollers as they look like there were singing, in truth they were singing but singing out for a feed from the parent birds as they took turns shuttling in with feed for them for an hour, these were shot with a 150-600mm lens at 600mm so I was a fair bit away from the bird so an not to disturb them, the feeding keep going for an hour and I left while it was still going on so I was not effecting the birds natural behaviour, Also as these are in the Botanic Gardens with many visitors a day a lot of the wildlife are well used to people in the area.

So looking back at these images six of the ten are processed to give a mystical feel to the images. So seems to be a direction I've been heading this year without meaning to.

It's interesting to see how Instagram saw my top nine completed to my version of my top ten for 2019, one thing to note in Instagram I did some reposts of some of my old shots, So some of the best nine images were not taken in 2019 whereas my top ten were only selected from images taken this year, Only one of my top nine had the post-processing effects. The other thing to note the Instagram top nine were only bird shots. I'm happy with my top ten for this year. I can see where I've improved on previous years, thou not so much of a step-change this year. 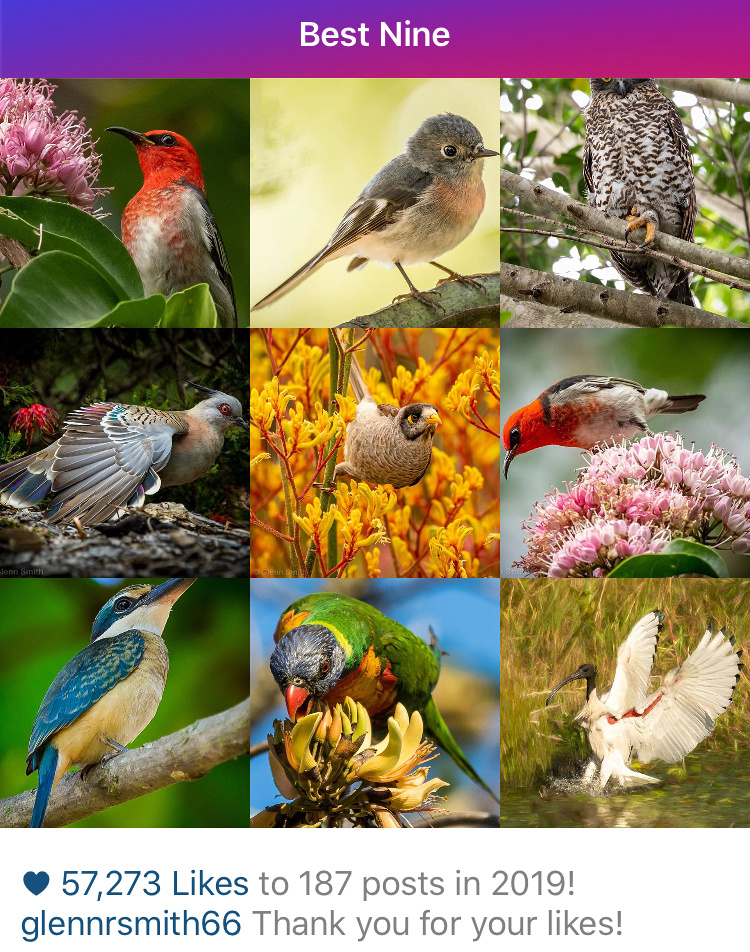 If you're interested in seeing some of my previous top ten shots the links are below.

I recommend anyone that's series about improving their photography to go through this process each year, just working out which ones are better than other images of yours gets you thinking what works for you and what doesn't. It starts out easy but getting down to the final ten is always hard, with the experience this year of some photography judging, I think it made it a little easier to get to the final result, but the last twenty were not easy.  Give it a go and see how you go, then look back in the next year to see how you have improved, you'll be surprised how you've developed over that time.

Thanks for dropping by my blog, hopefully, a lot more regularly this year.