This weekend I headed out to the Australian Botanical Gardens, Mount Annan, To see what was about after all the rain we have had in Sydney this last week. The Gardens were actually closed for part of a day due to the flooding there, the first Lake flooded over the main road into the gardens, there was a few other places in the gardens were the roads were under water so the gardens were closed, the next day they were open so the water drained away pretty quick. The floods were Thursday so By Saturday the water had gone back to normal apart from some of the lakes being full. With all the wet weather the garden was alive with Mushrooms this week so plenty to choose from there.

The first shot is of an Australasian Grebe (Tachybaptus novaehollandiae) as it was leaving the feeder creek into the main lake, the creek had the water so still so great reflections and with the reeds on the opposite bank made great patterns in the water, the water was a little brown from the flooding so added to the golden colour for this shot. The first shot is the Male with its mate coming close behind, since the male had already passed the Female shot the water wasn't quite as smooth as this one. i like the way the reeds in the back ground lead into the Grebe at the front. Gives it that something I can't describe but adds to the image of this one. 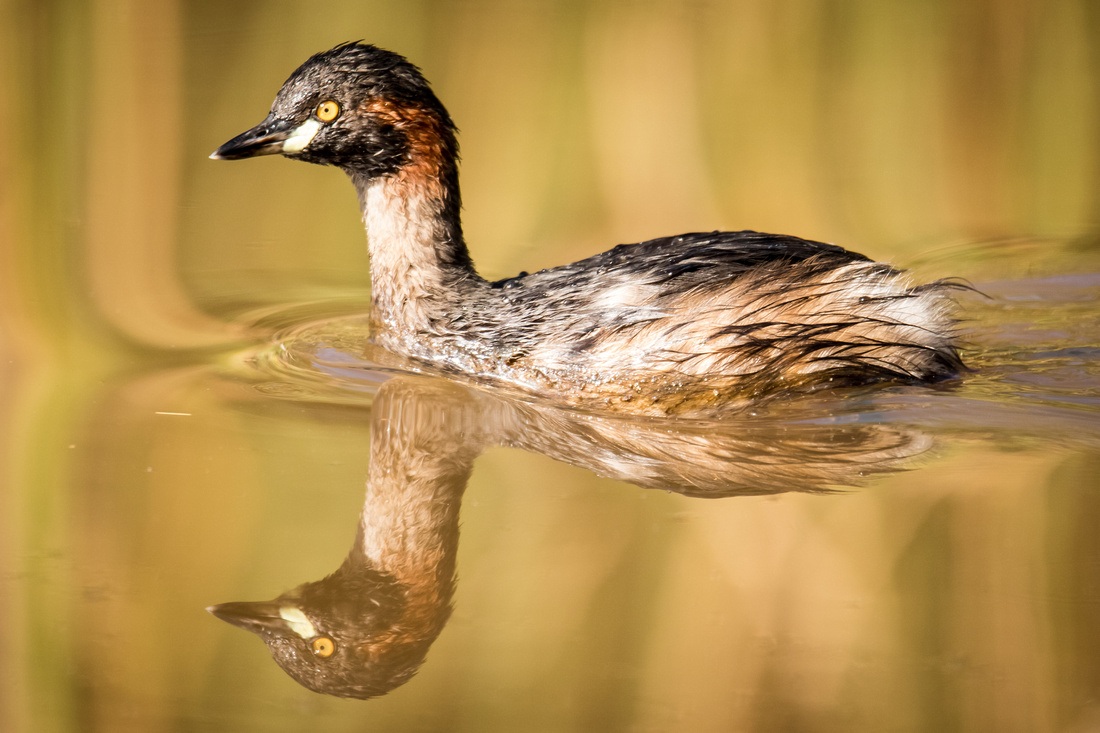 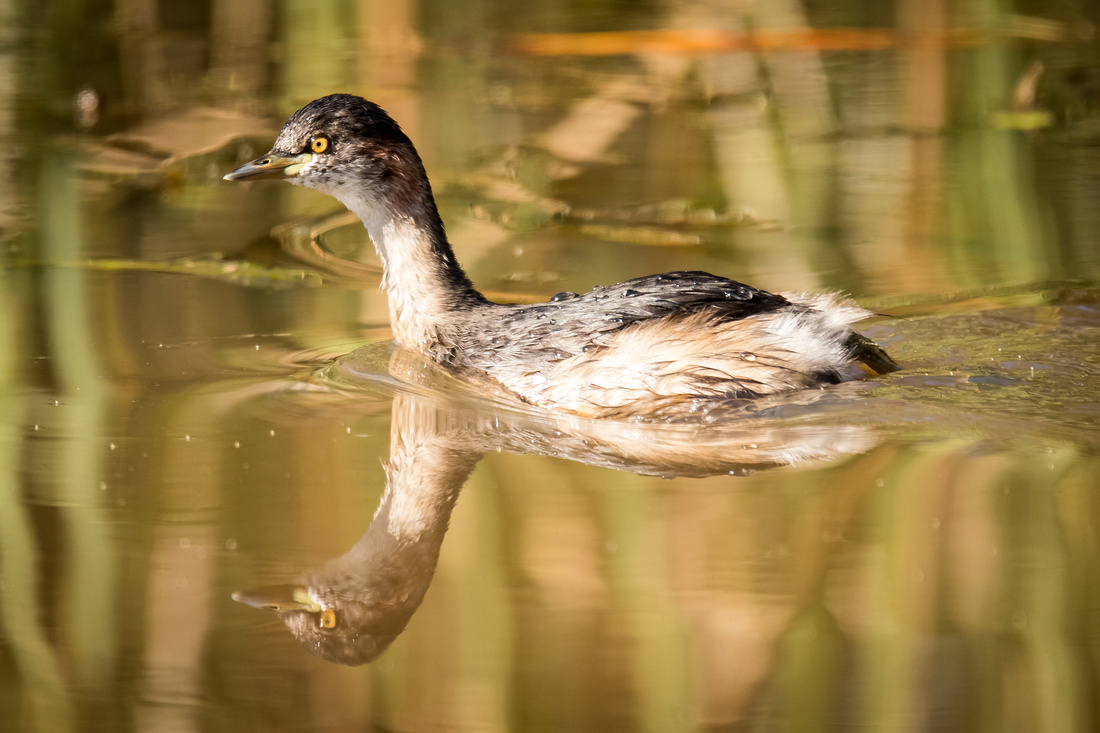 The Eastern Yellow Robin (Eopsaltria australis) were of cause still hunting around for their insects this one washed me fro a little while, decided I was harmless and then hunted around the ground on the path in front of me for a little while. The second shot you can see the leg ring where its been caught before here, the gardens run a catch band and release program so they can keep track of the various bird species. 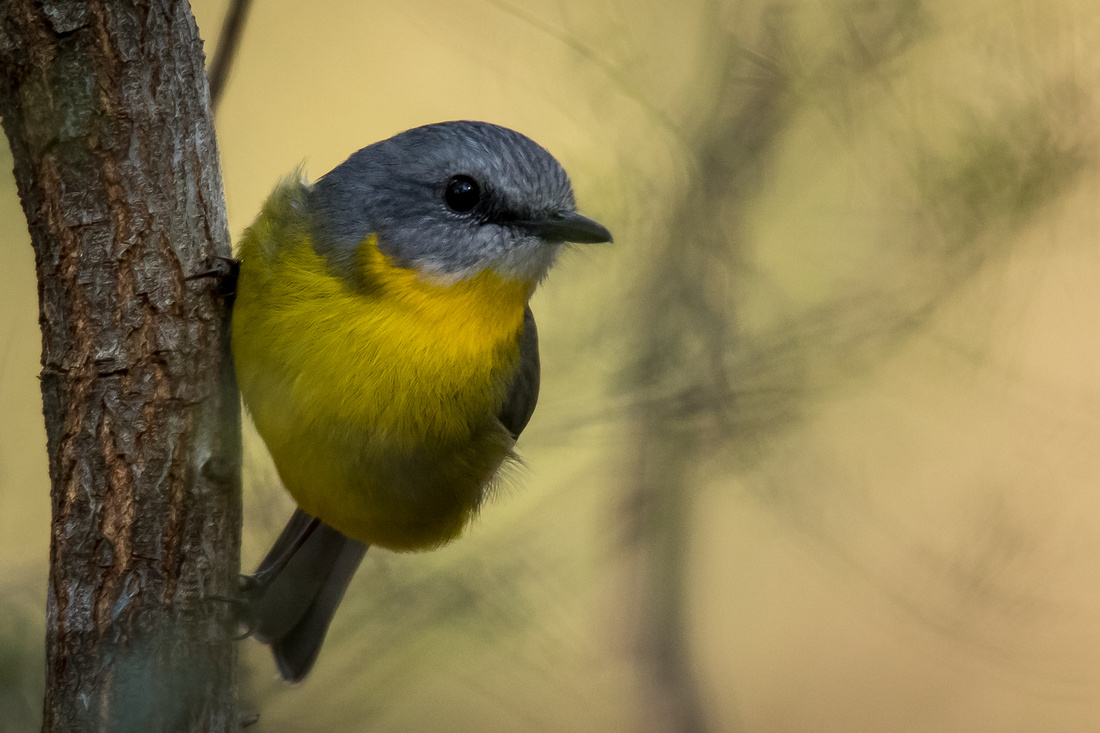 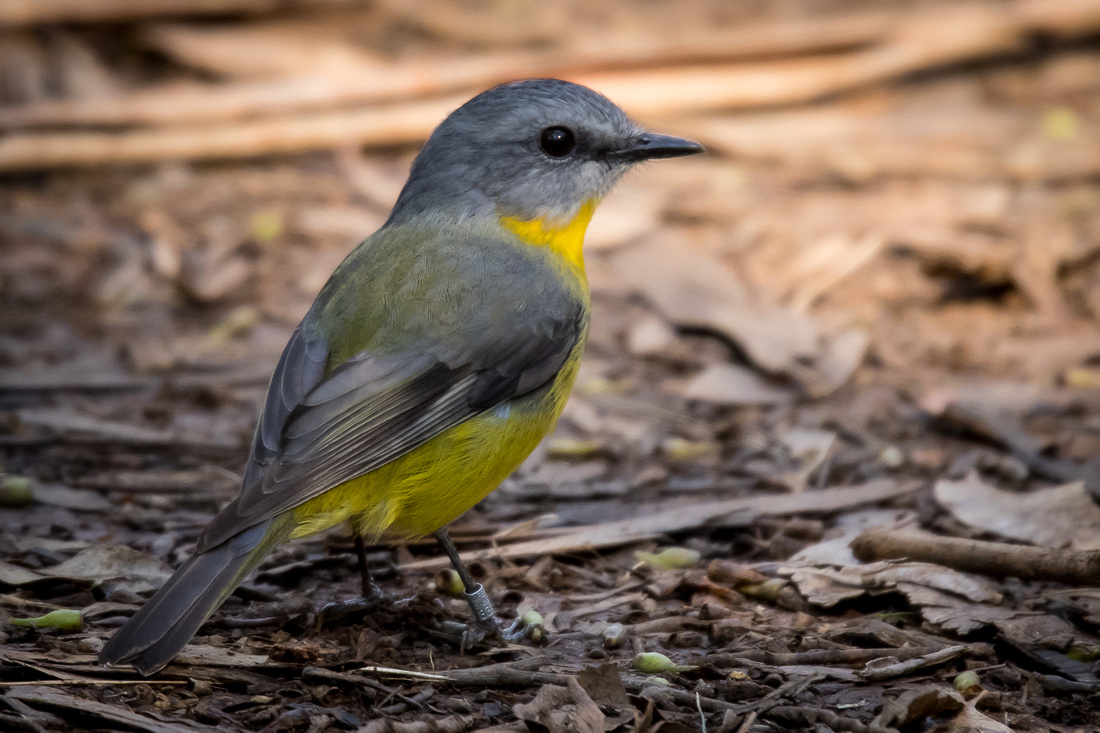 With all the rain for the last week the gardens were alive with Mushrooms everywhere some in the grass lands others in the woodland areas, these This one was taken in the woodland area, the two shots are the same setup just different positions of the speedlites, it doesn't take much to change the feel of the shot, I usually take quite a few shots with different powers of the lights and different angles. these two images give you an idea of the differences that can be achieved. 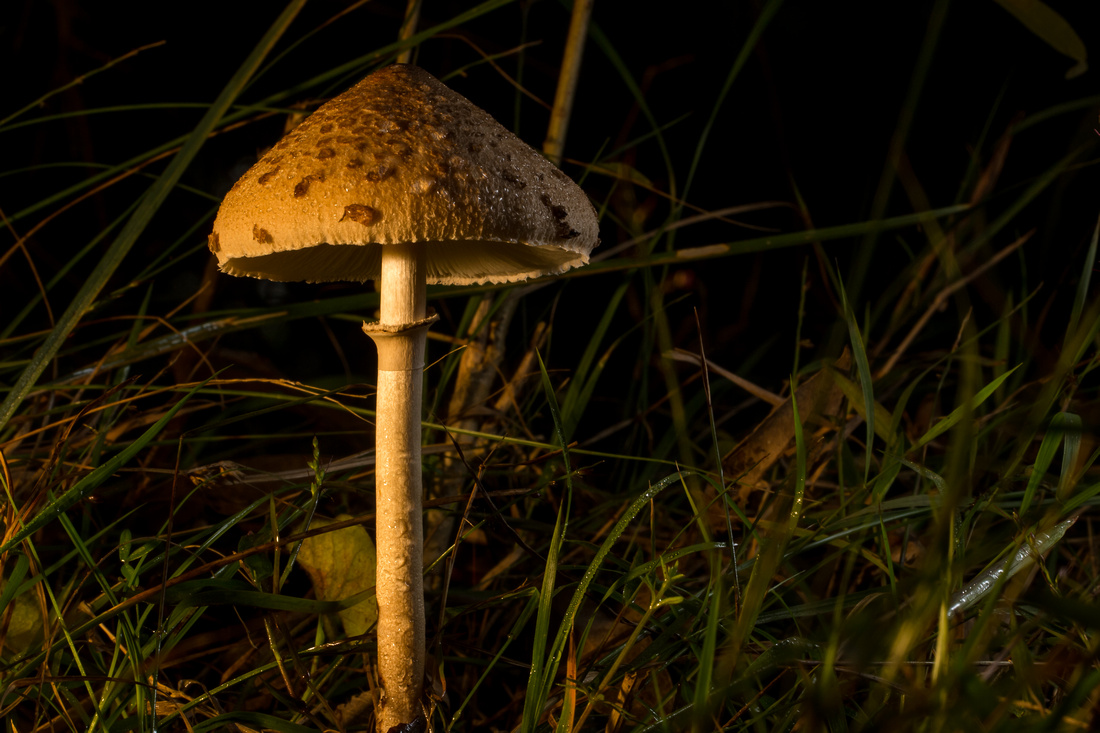 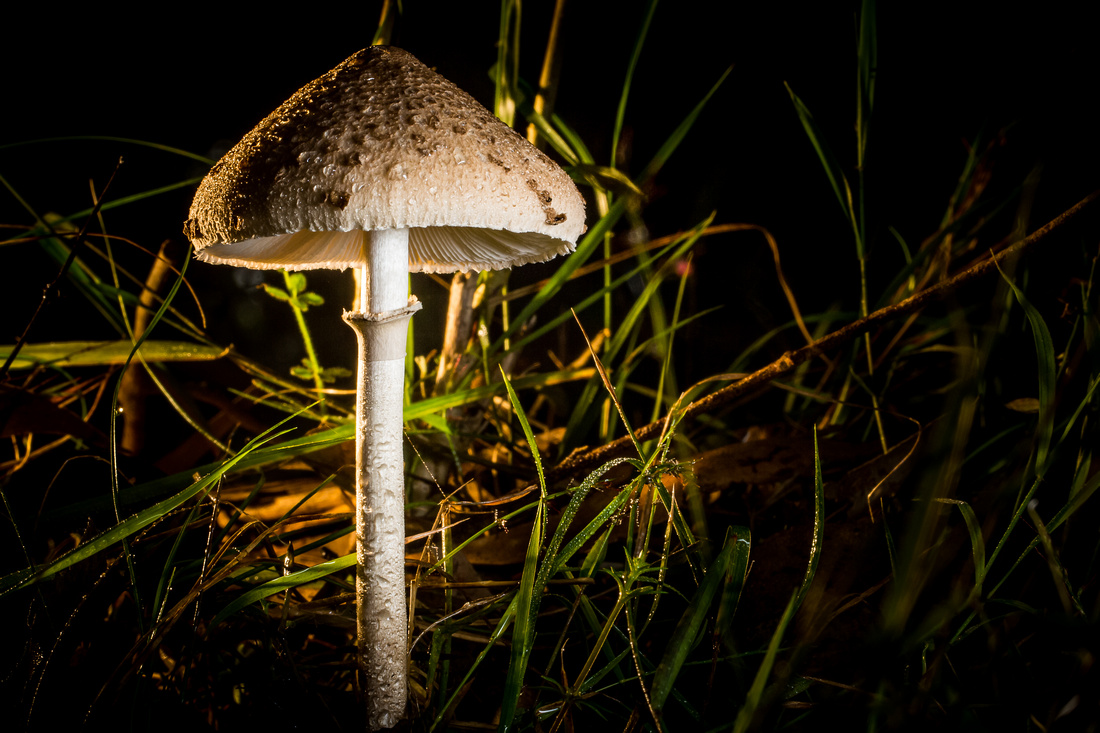 Also along the way I saw  red bellied back snake laying there sun bathing, these are poisonous but if you leave them alone they leave you alone, this one was only a little one about 60 cm (2 foot) catching the sun rays after a week of rain. 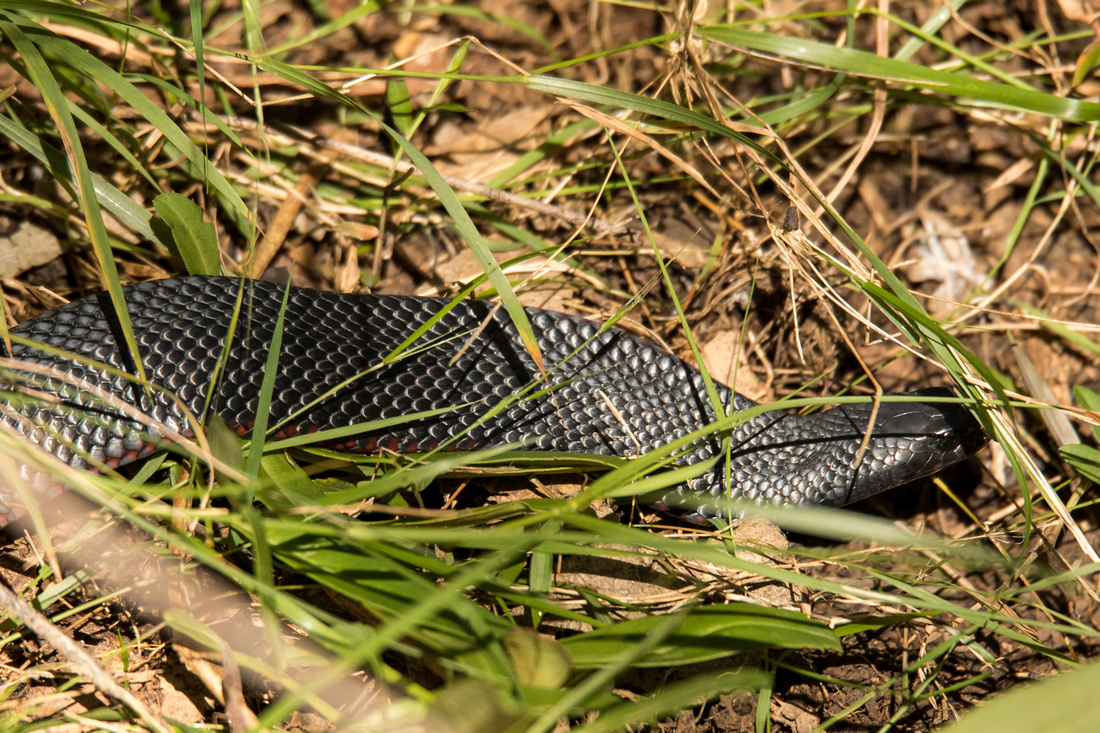 Another Mushroom shot again with different power settings of the flash to give different effects. 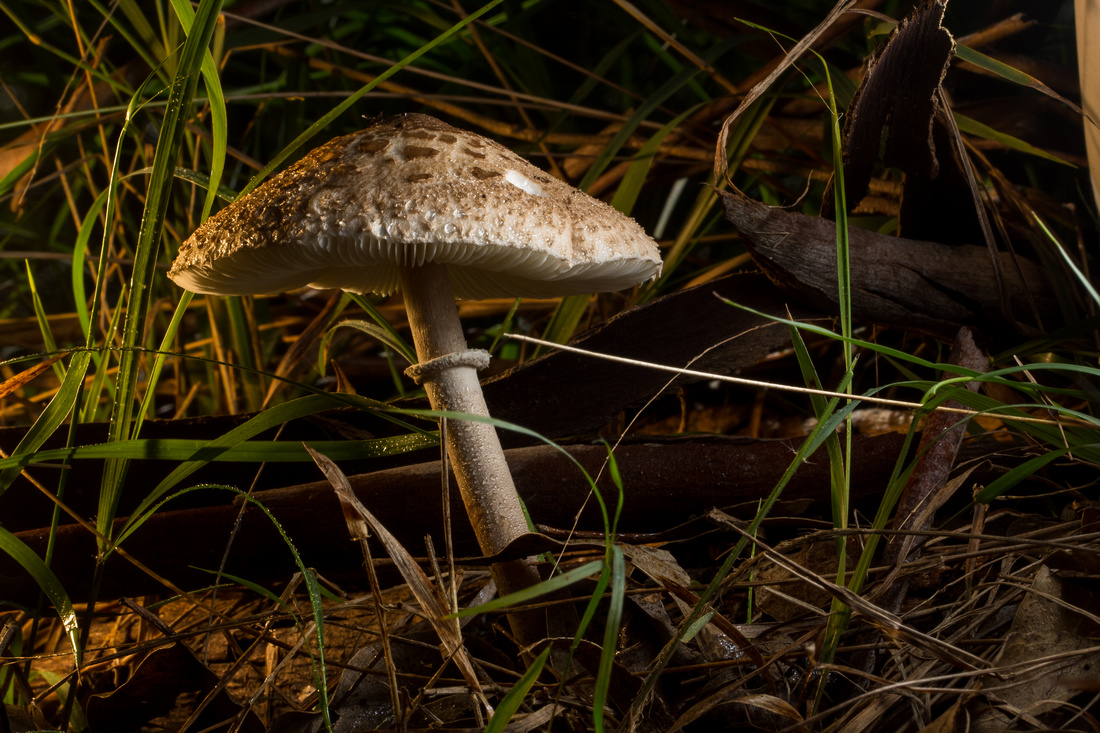 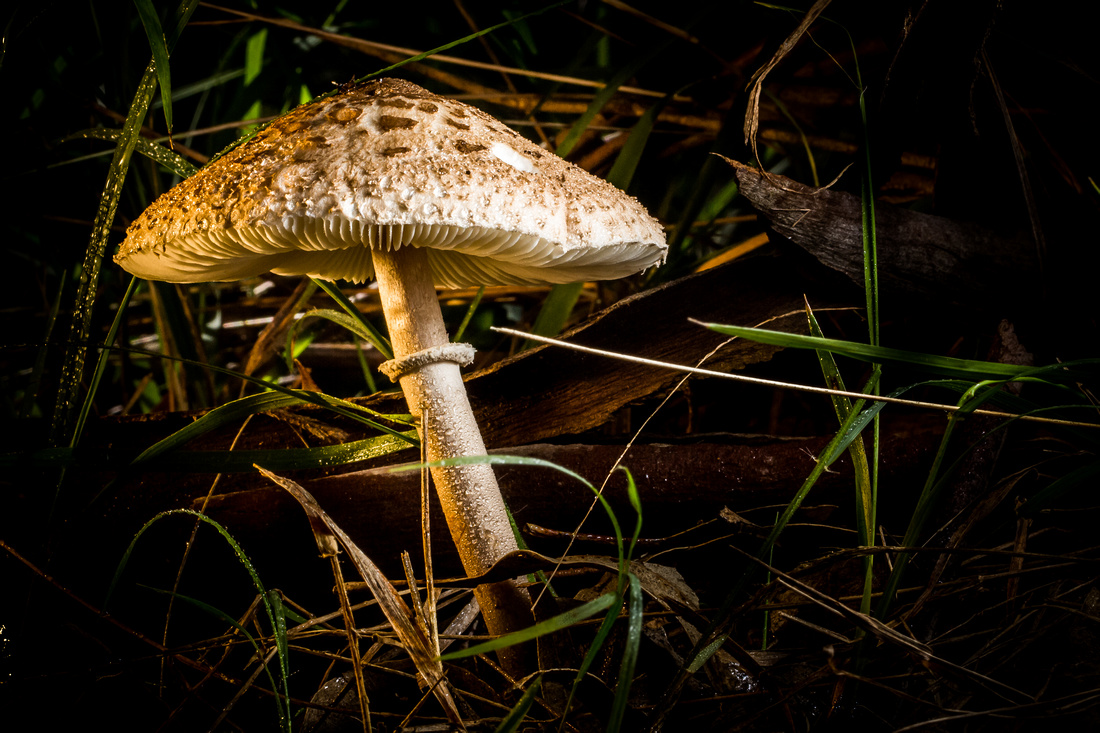 Spiky Mikey is still around and each week I have a go at trying something different with him, a very unusual mushroom this one, but I still haven't got the shot I really want with this one, not sure how much longer it will be around for they don;t usually las more than two weeks here so we'll see, but each week I get a different variation on this one, all good practice. 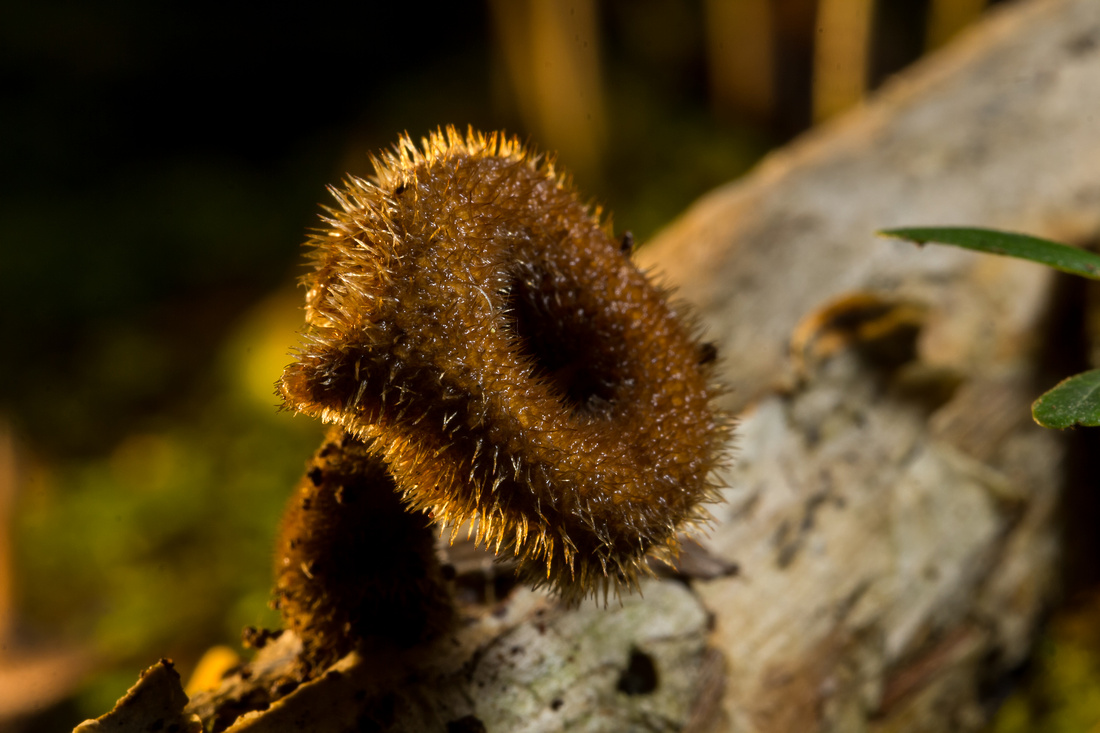 In the woodland aarea around the stolen generation memorial there was a family of Yellow‑faced Honeyeater (Lichenostomus chrysops) I've seen them before but this was th first time i get a few decent shots still not great but better than I had, shall have to try a bit harder for one of these. 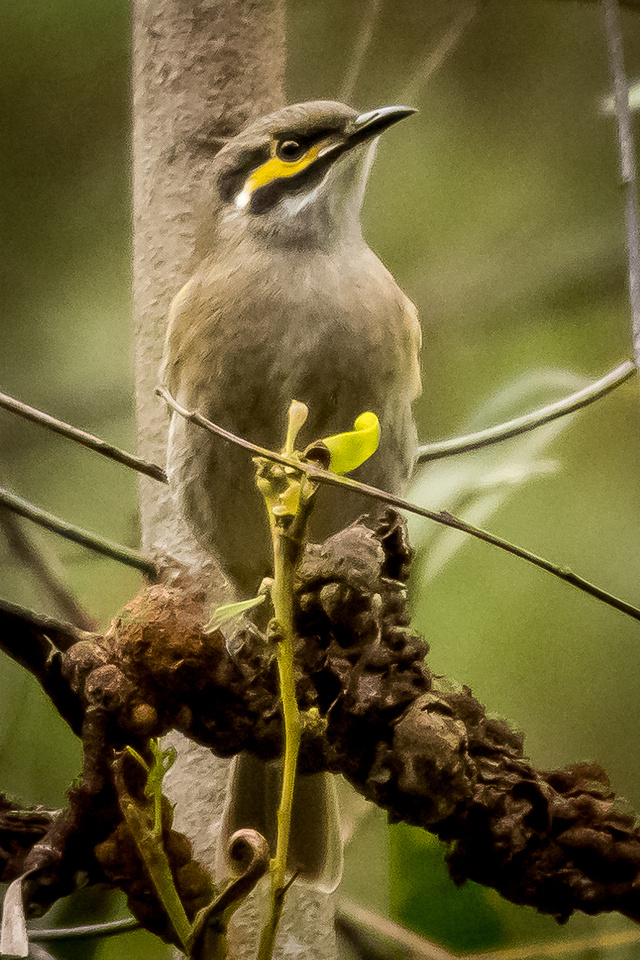 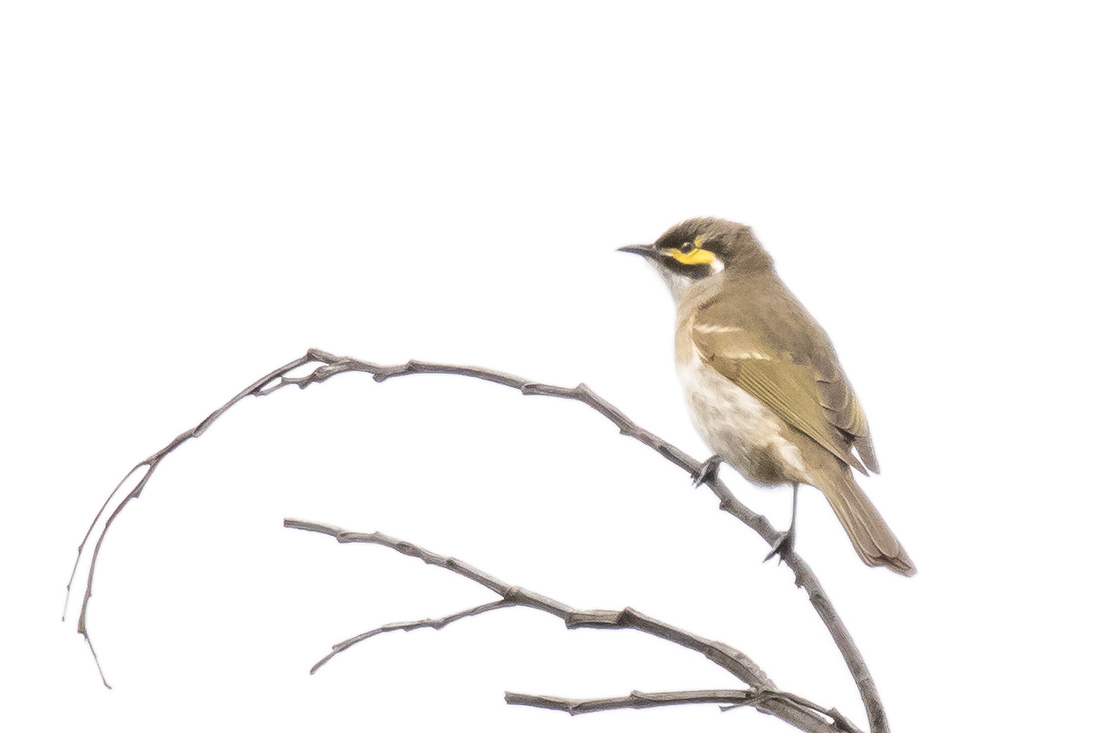 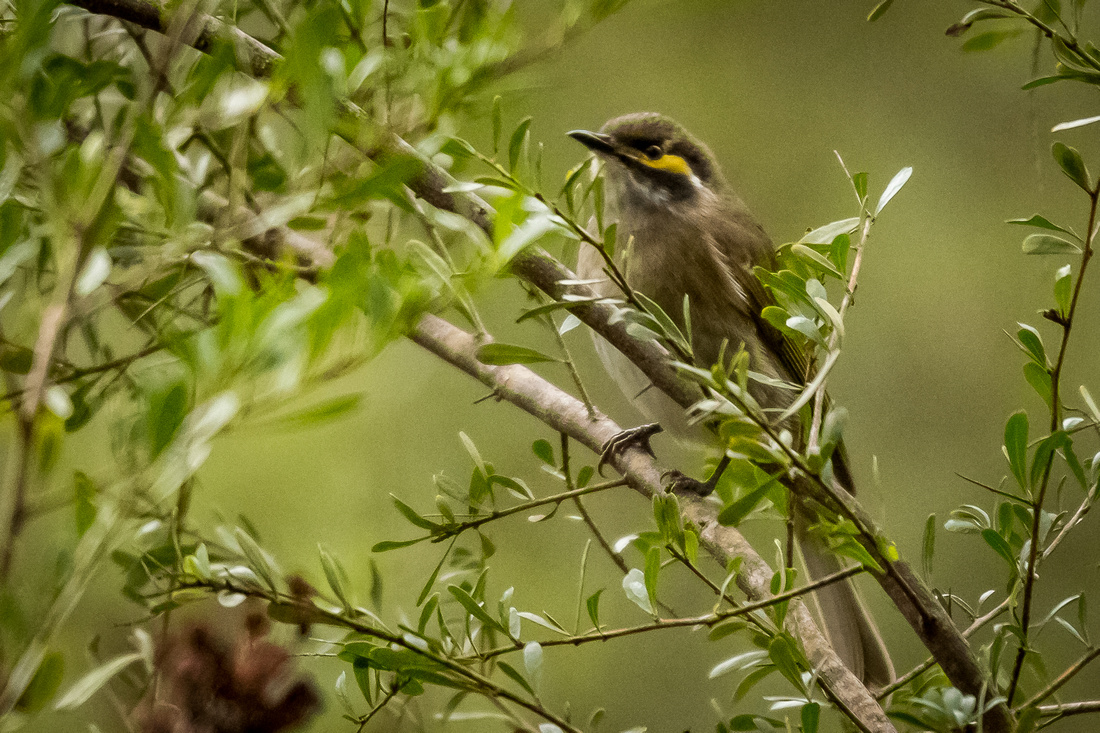 There was also a pair of Red‑rumped Parrots (Psephotus haematonotus) guarding their nesting hollow, seamed to be a bit of that going on this week, which is a bit late in the season for that now, with Winter almost upon us down here now. 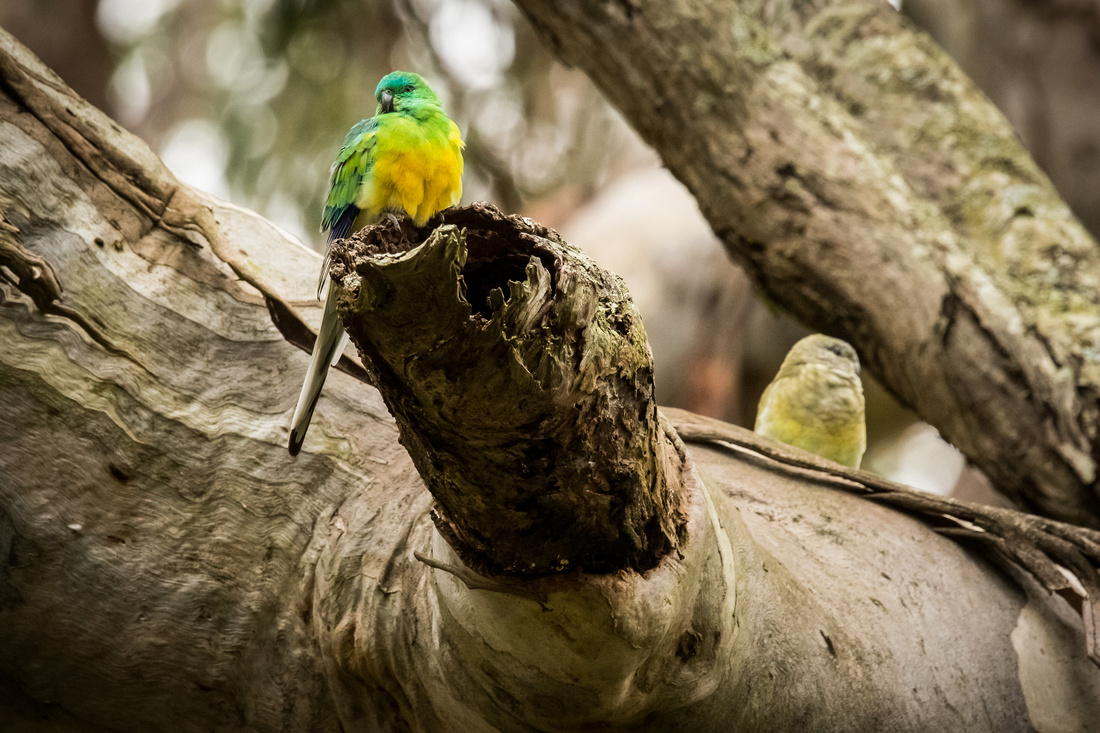 As I was getting to the car there was a  Long‑billed Corella (Cacatua tenuirostris) also in its nesting hollow. A few branches over is a pair of Sulphur‑crested Cockatoo but I did't get any shots of them this week, but there still about as well. 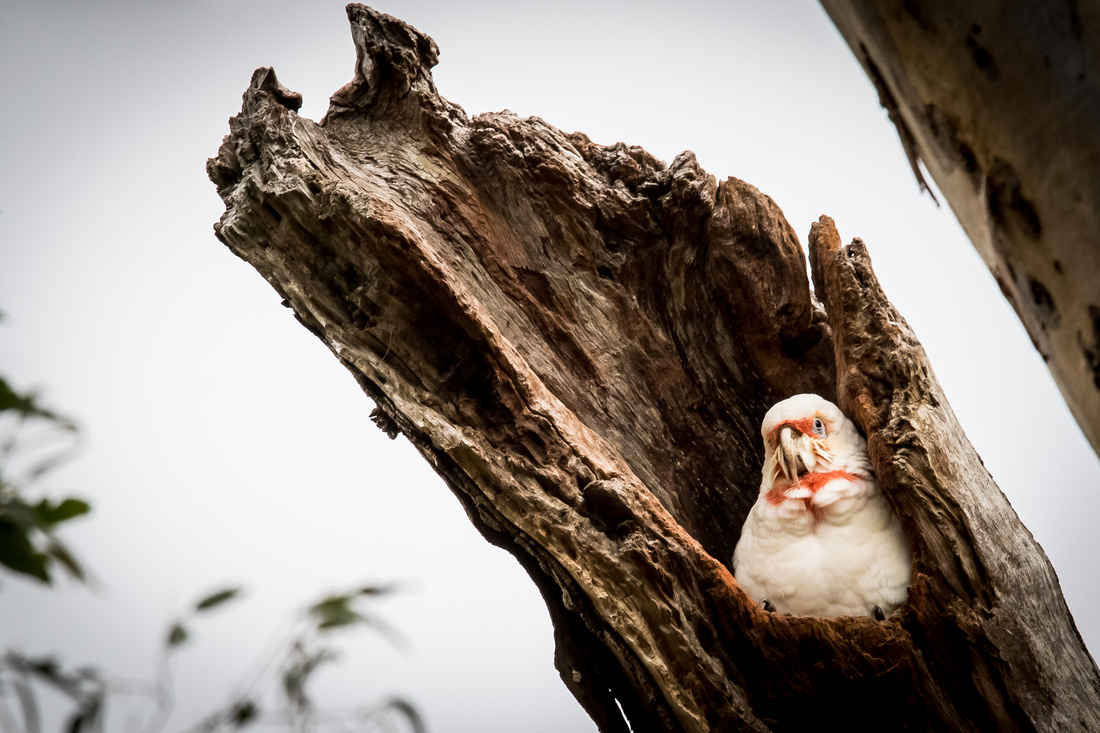 The Last shot for the week is of a Brown Quail (Coturnix ypsilophora) I heard some rustling in the leave litter and spied this one, so I went to get a shot but it had moved and took a while to find it again, then when I did I heard it again first before I saw it, this one was a little odd as it walked straight towards me not afraid so it appeared it kept coming towards me closer and closer then flew past me to another garden bed where I got a few shots this is one of the shots I got as it kept coming towards me. Love the town pattern of its feathers on this one. 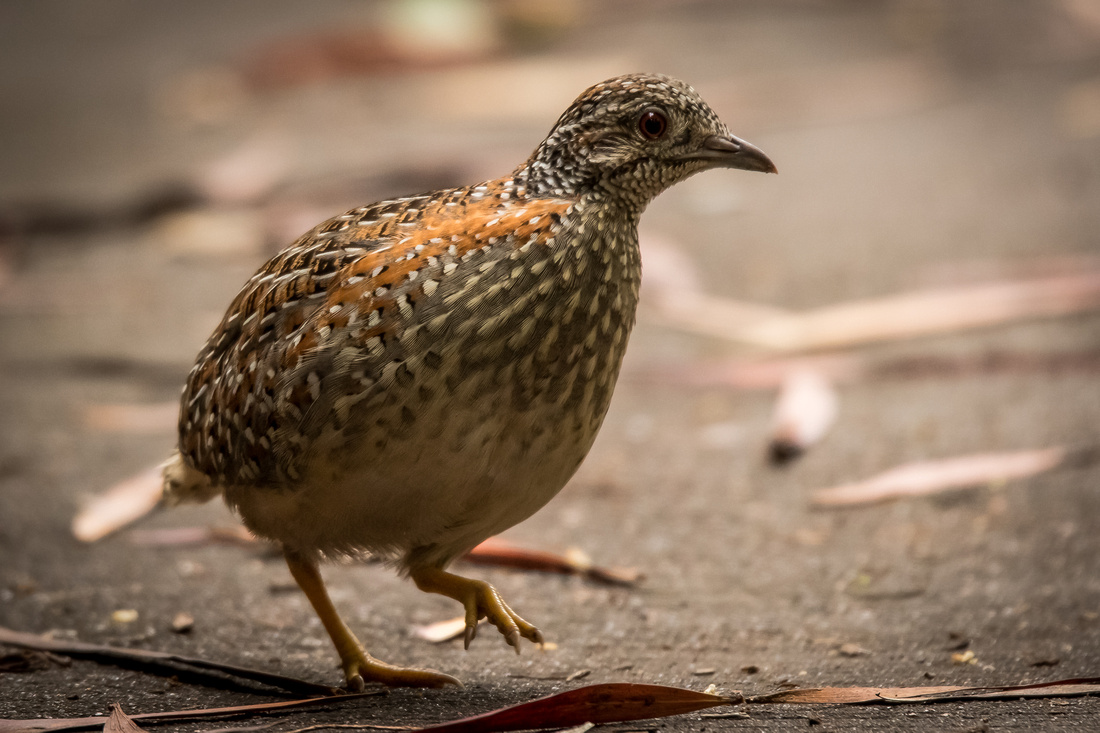 Hope you enjoyed this weeks walk though of my photos for the week.