This weeks blog is again going over the shots from Saturdays trip to the Australian Botanical Gardens, Mount Annan. The weather was a bit on the cool side and very overcast so not great light a bit dark so had to up the ISO to get these shots, some are suffering a bit from the ISO when I cropped in, the 7dmk2 is pretty good at the high ISOs especially compared to the 60D where anything about 800 I use to worry, but with this some of these are up around 3200 its only when you start to crop in that the effects start to show up.

As I drove in and passing the first lake there was a Great Egret on the edge of the lake so I pulled up and got out the camera first thing this week, here's one of the shots. Would have liked the background a little more out of focus but still it shows the soundings of the bird. This was shot from a tripod. 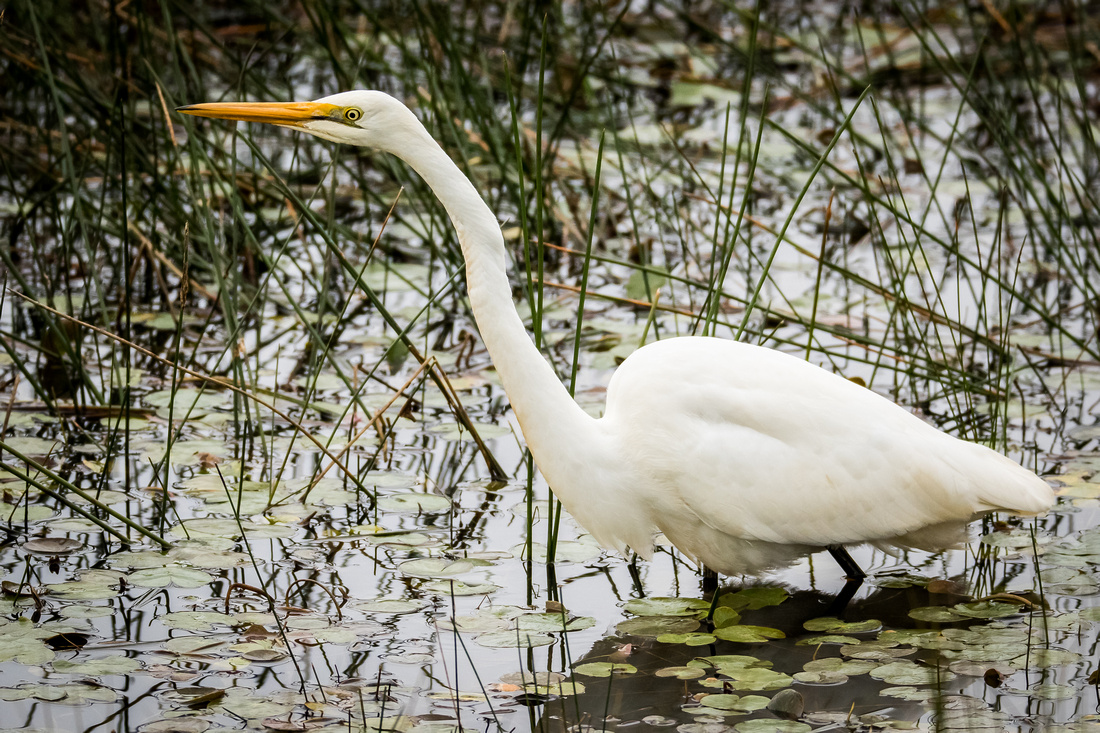 While I was shooting the Egret a few cars went past and the first lake is pretty close to the road so the Egret took off over the lake, but the time I got the camera unlocked on the tripod I missed the shot of it over the lake in flight, but then you can't get them all.

A Nankeen Kestrel was also around the lake and the first shot bellows shows it on the high tension power lines over the lake. this one was cropped quite heavily so the results show the noise form the higher ISOs so not the best clean shot. 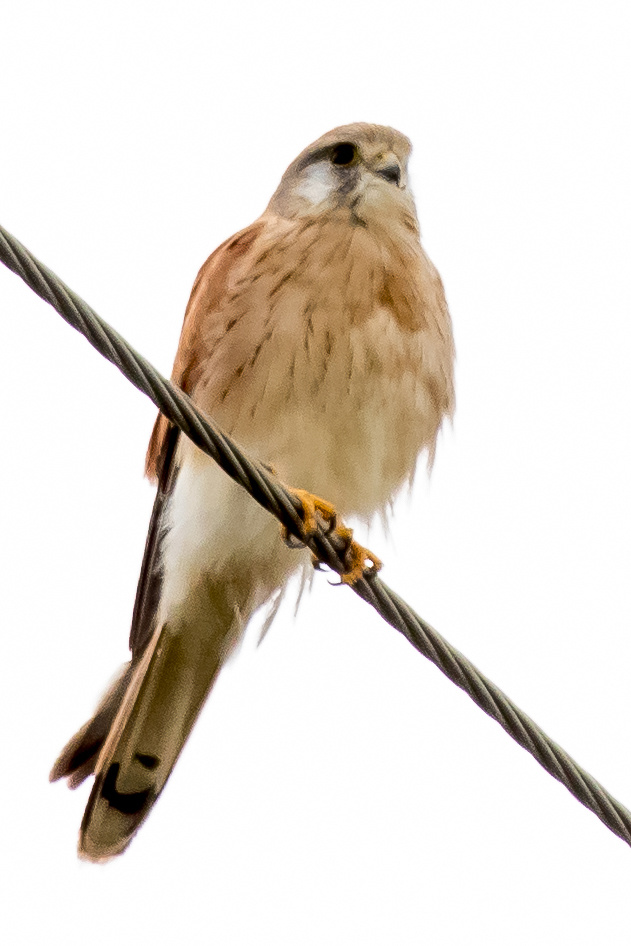 The next few are of the bird hunting and hovering over the grass lands looking for its lunch, this time it was a bit closer so the crop wasn't as server so the noise isn't quite as bad as the shot above, still not that happy with it could have used a little smaller aperture and higher shutter speed to catch the wings fully focused. Again the low light came into play here so I was stuck with what I got, maybe next week the sun will be out, the Kestrels are regulars there so I'll need to keep an eye out for them in better lighting conditions. 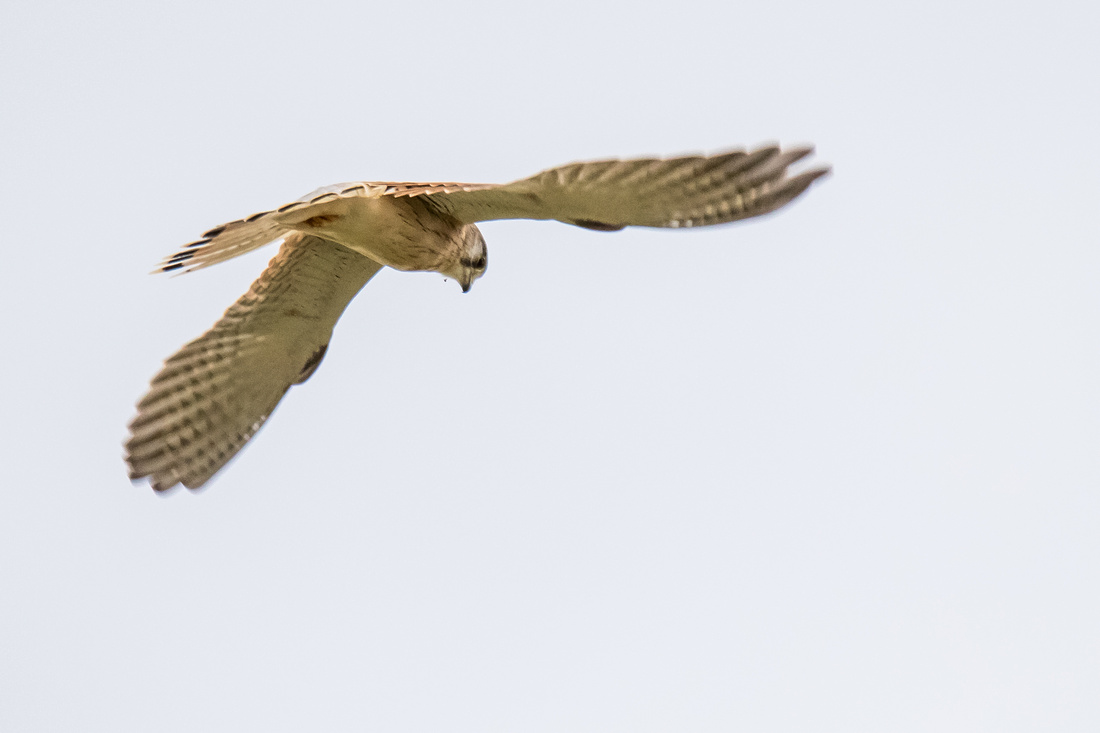 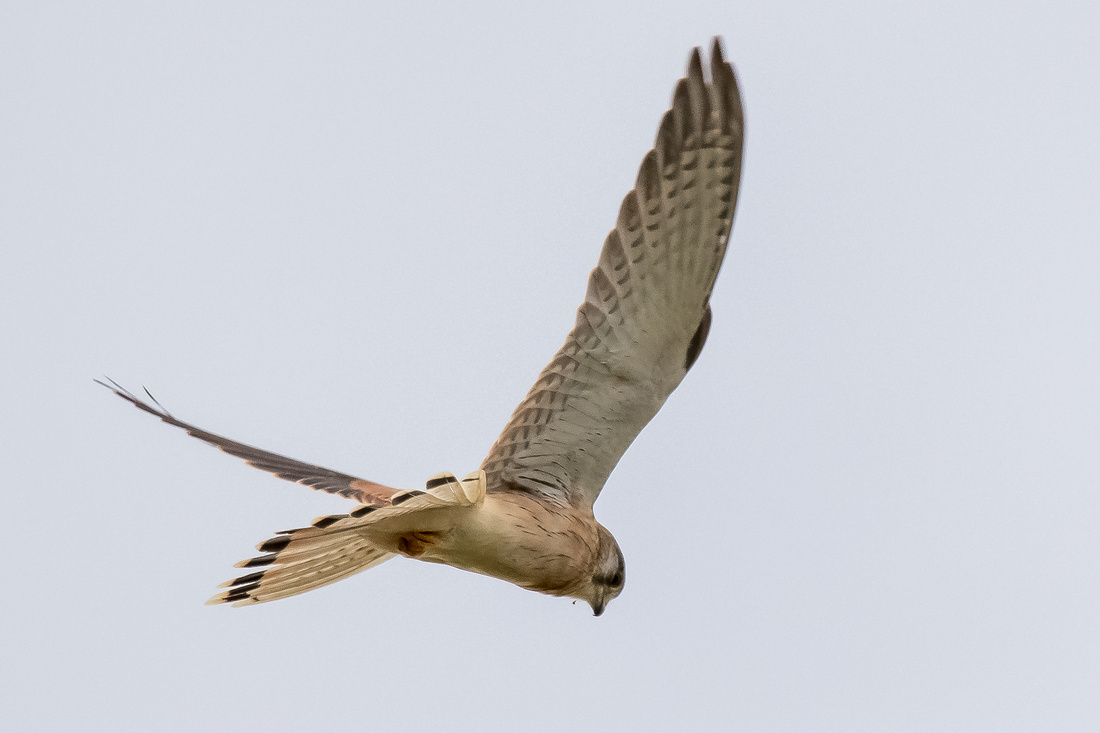 Again a shot heavily cropped so high noise again in this one, so not the best, but shows that not all shots are winners. and need to come back on another day. 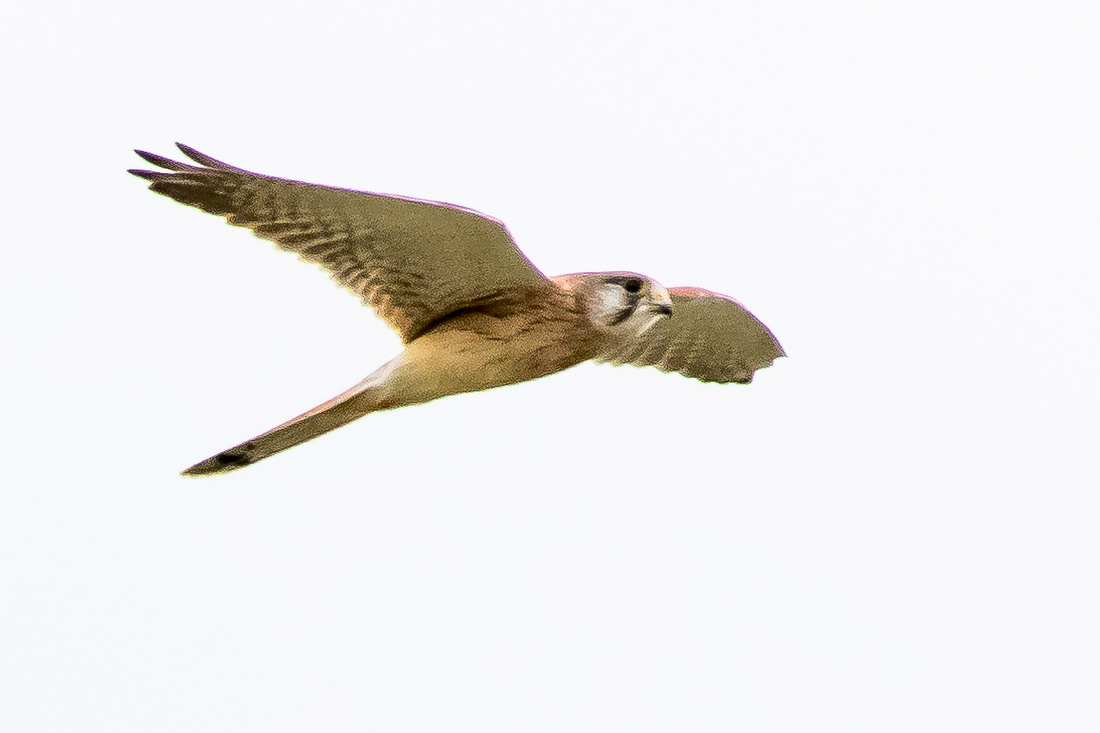 After the Kestrel flew out of range I went off to look for mushrooms. Again a few still around but not so much to pick form this weekend. The first two are the same set of mushrooms as I was taking the shots the left mushroom was starting to collapse, so the second shot is showing more of the gills I also changed the crop to a portrait shot which gives it s tighter crop. I preference is for the top one of these two. 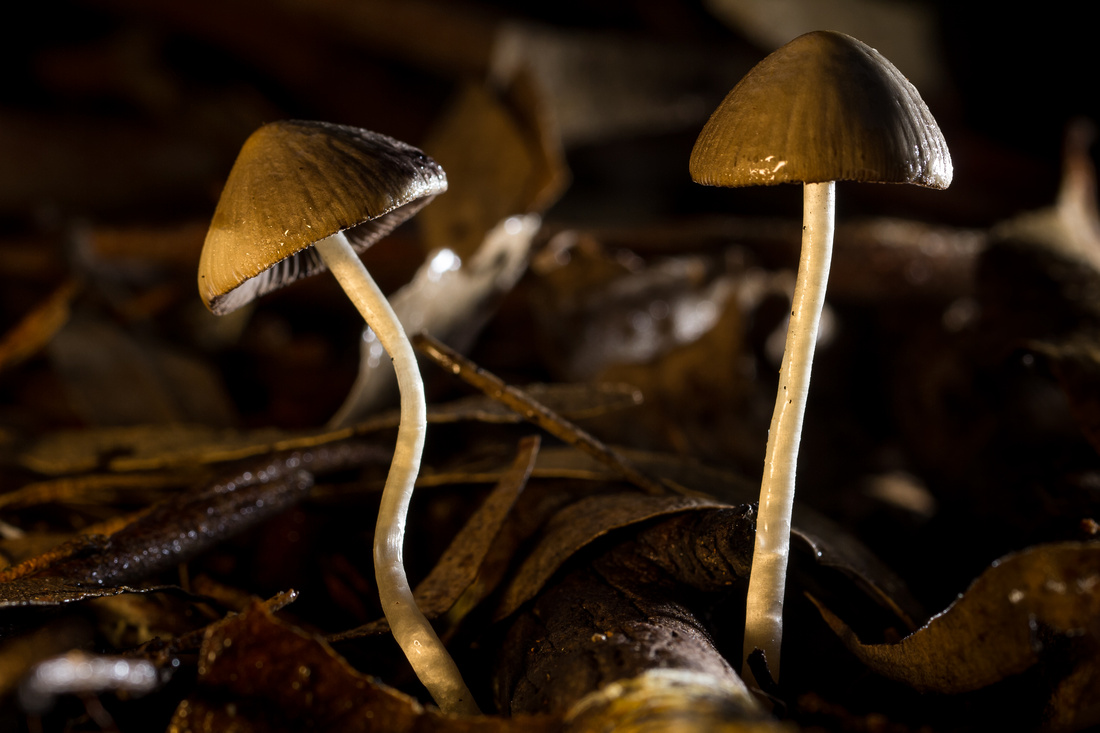 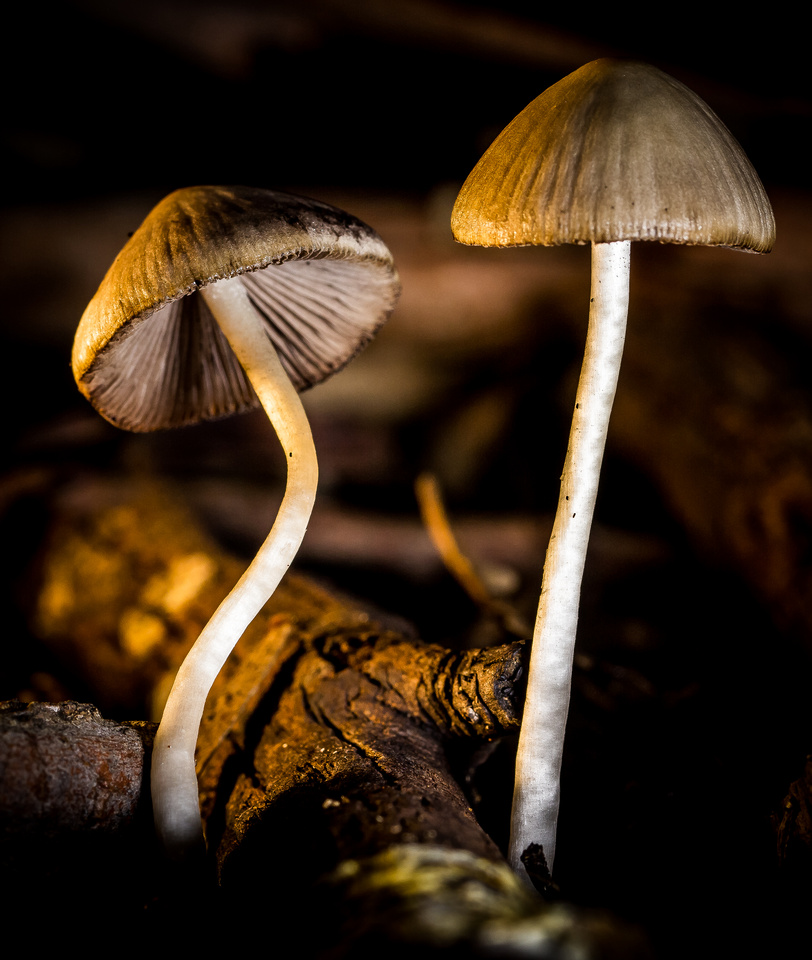 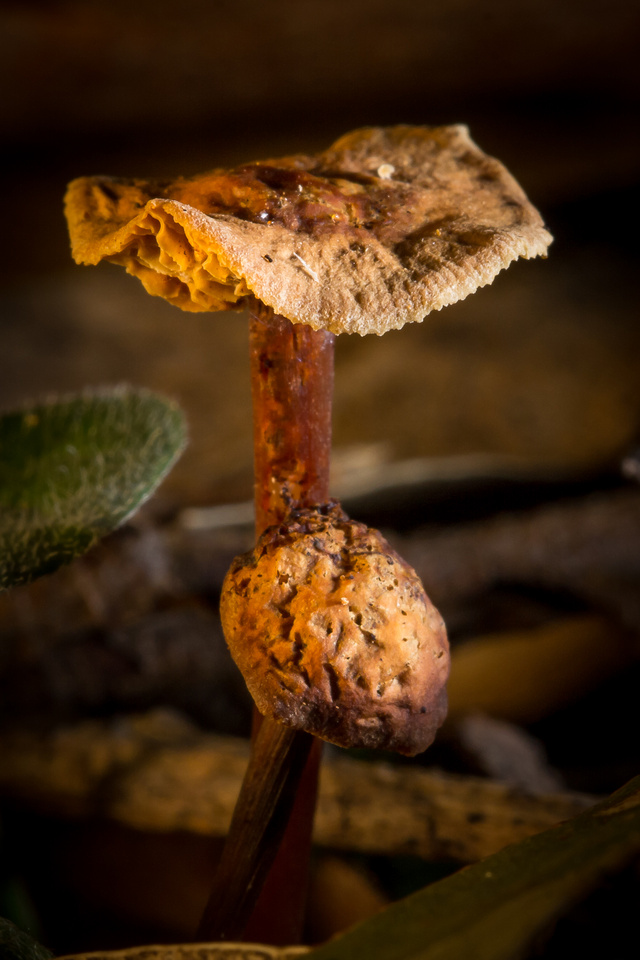 The next series is the same set up just changing the lighting, moving the flash locations or the powers of the flash, you can see the difference effects that only slight changes of lighting locations makes to the shot. Again one of the speedlites has a brown gel the other is in a small softbox, just depending on the locations and powers changes the whole feel of the shot. 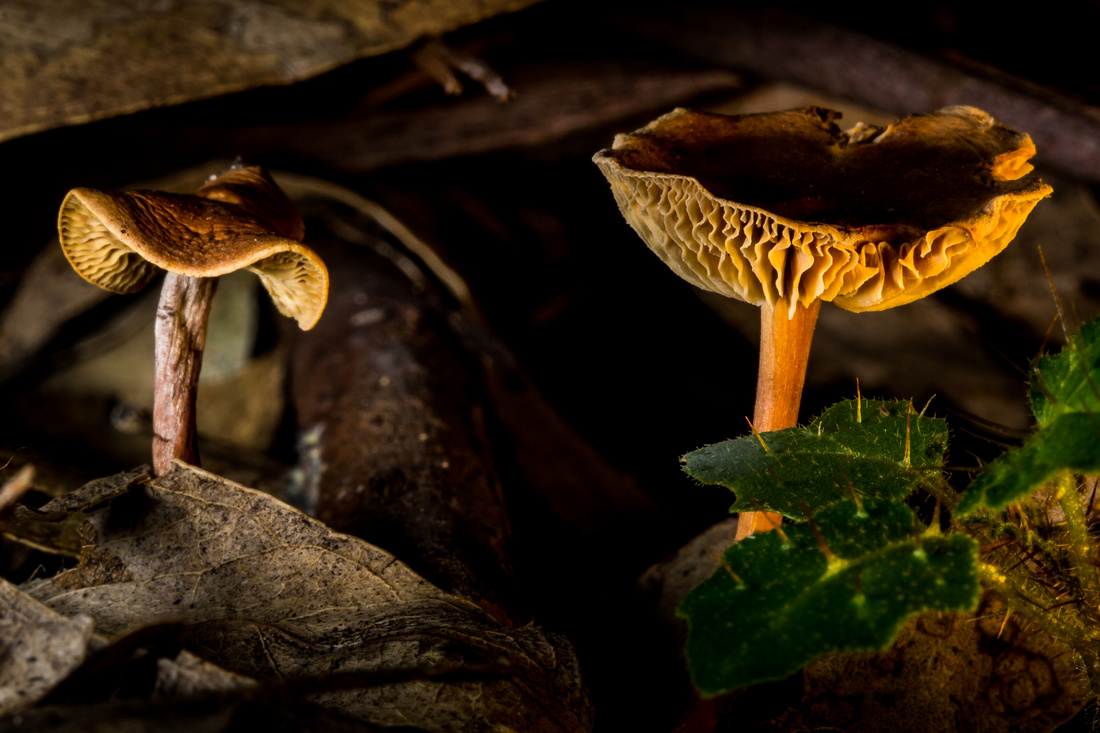 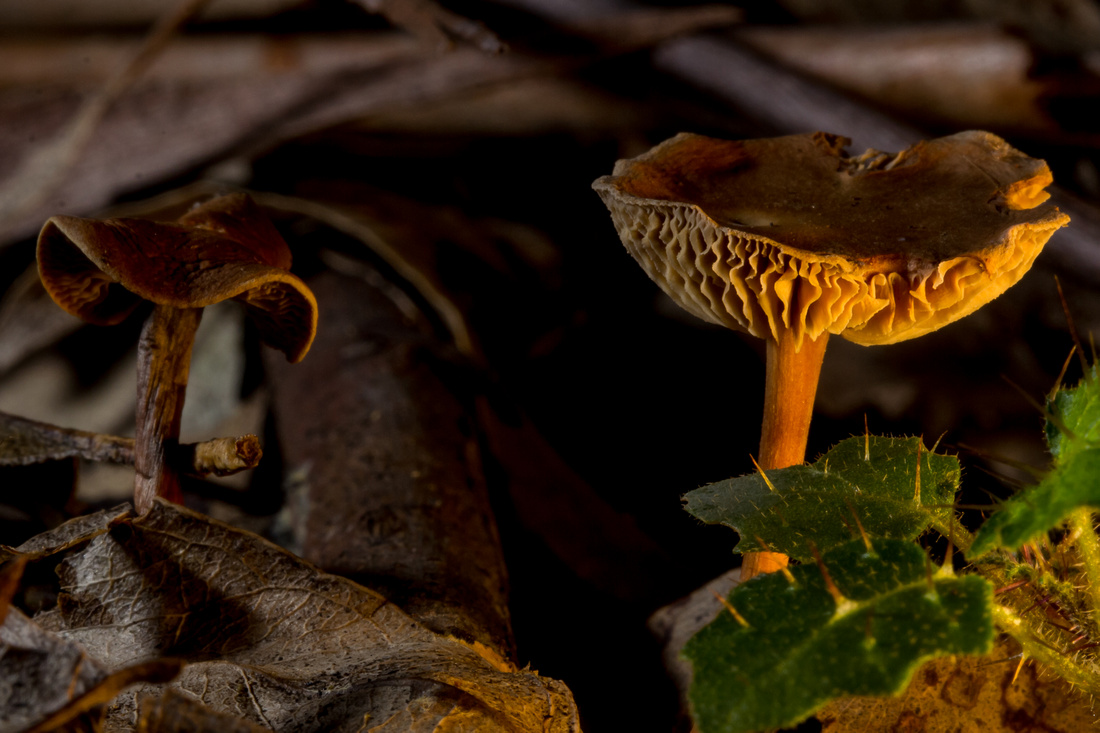 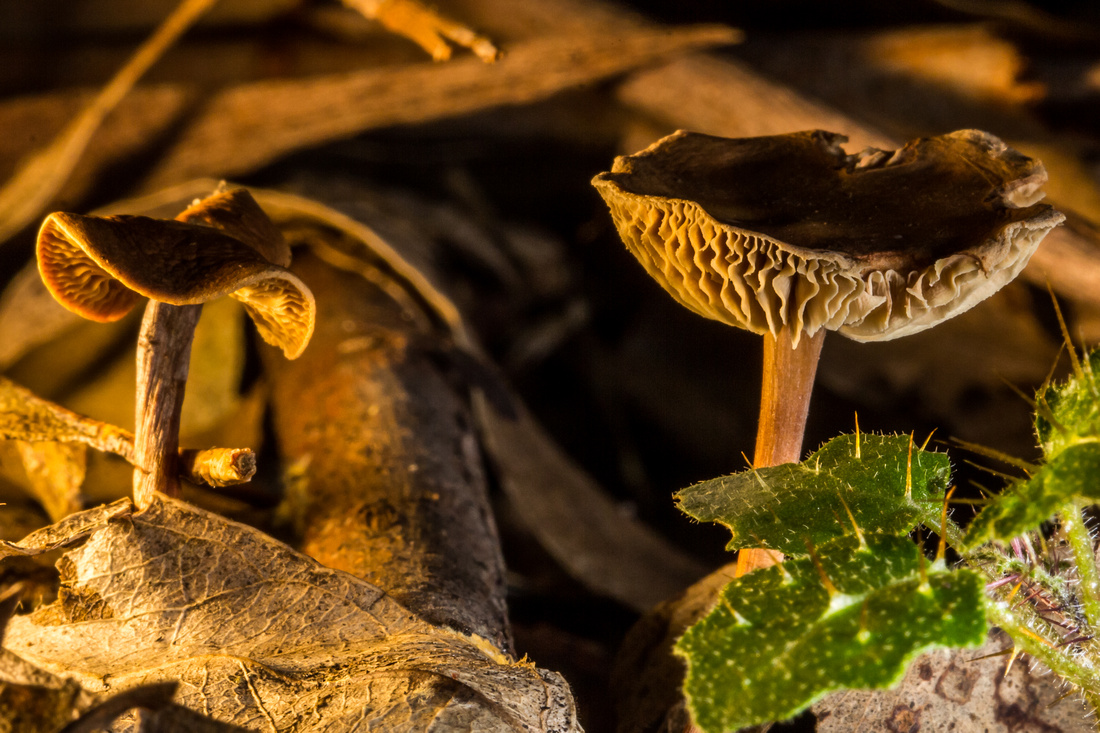 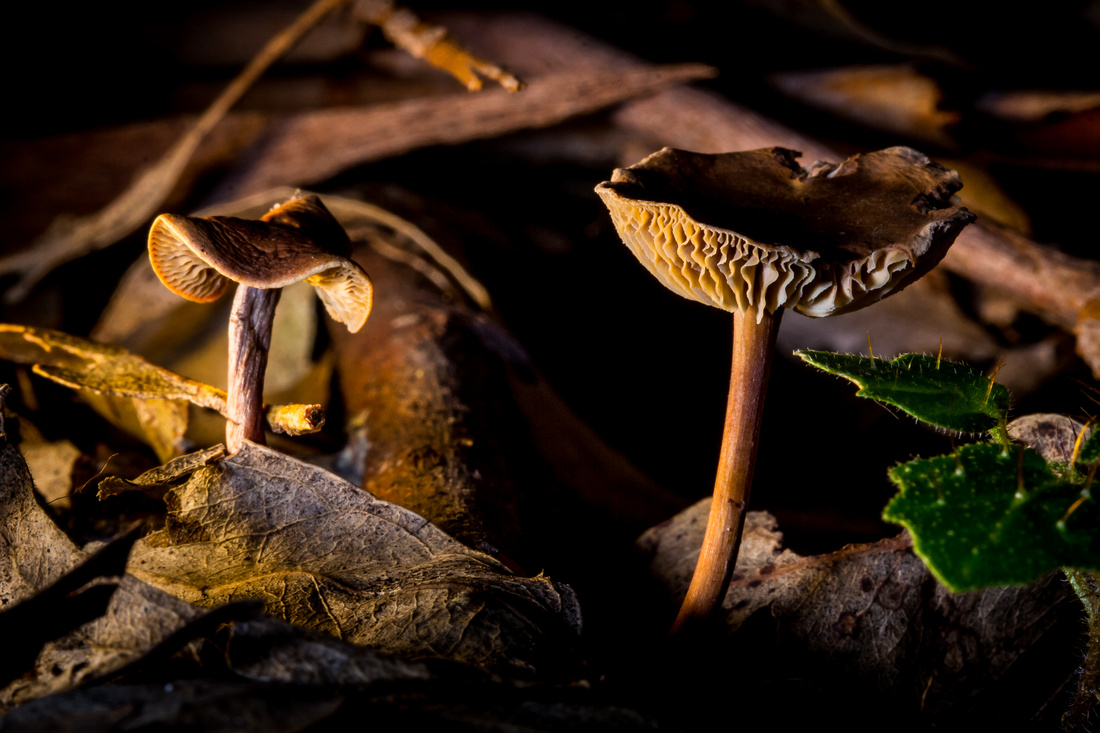 One more shot of another Mushroom form the day.

​The light in the under story was pretty dark so a lot of these shots were taken at lower shutter speeds than I would have liked so as a result there is a bit of motion blur to some of the shots as the bird moved.  The next shot is of a Leaden Flycatcher just after it had a bath in a small water hole, so was still sorting out its feathers. It was a bit high up in the campy so didn't really get a clear shot, still trying to get a decent shot of of this one. 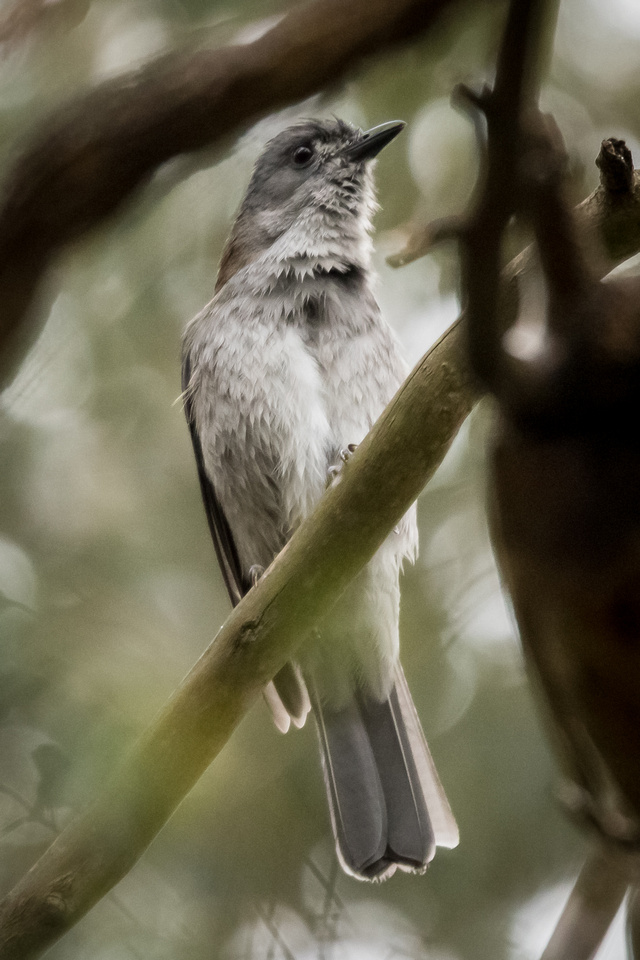 This ones of a small Silver Eye is it hunts for small insects. 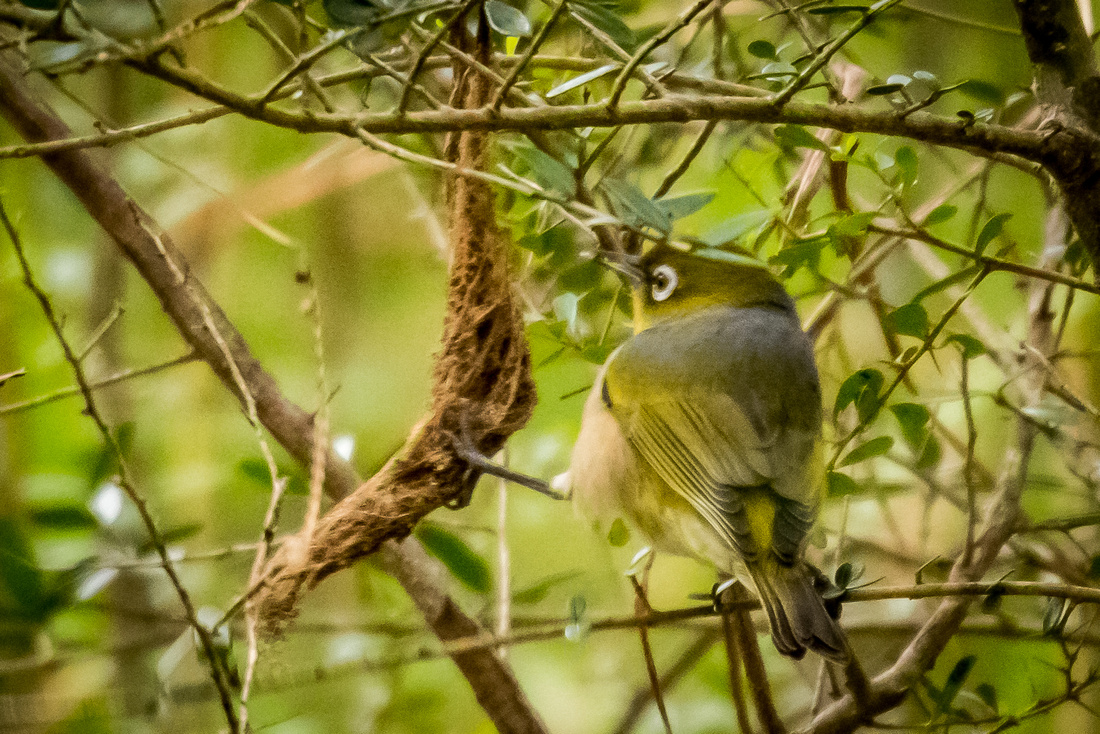 ​The usual little Eastern Yellow robin was around but this time i didn't get close enough and again the slow shutter speed meant some motion blur to this shot so again not the best, Better luck next time. 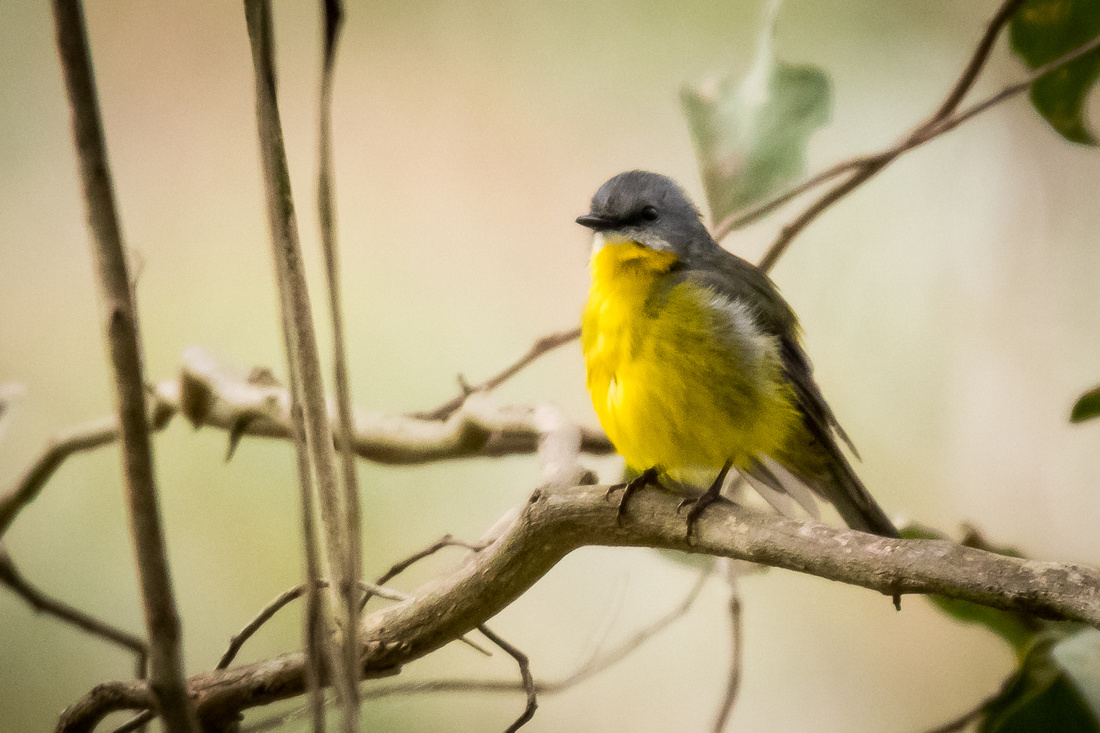 Lastly there was a few juvenile Kookaburra about this one sat in a branch close by for a while before diving to the ground. These are quite large birds very solid and with a strong thick beak. 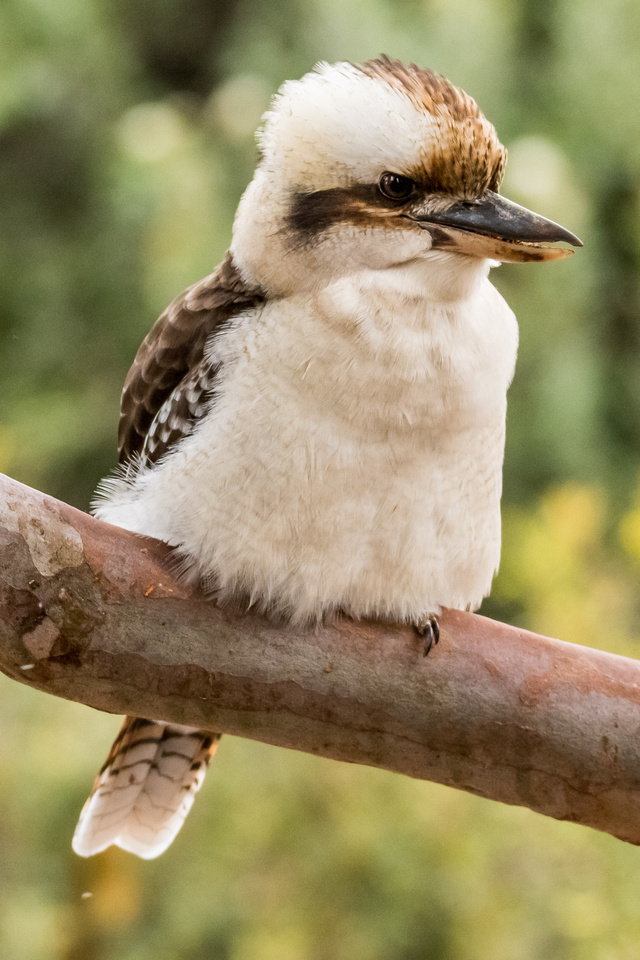 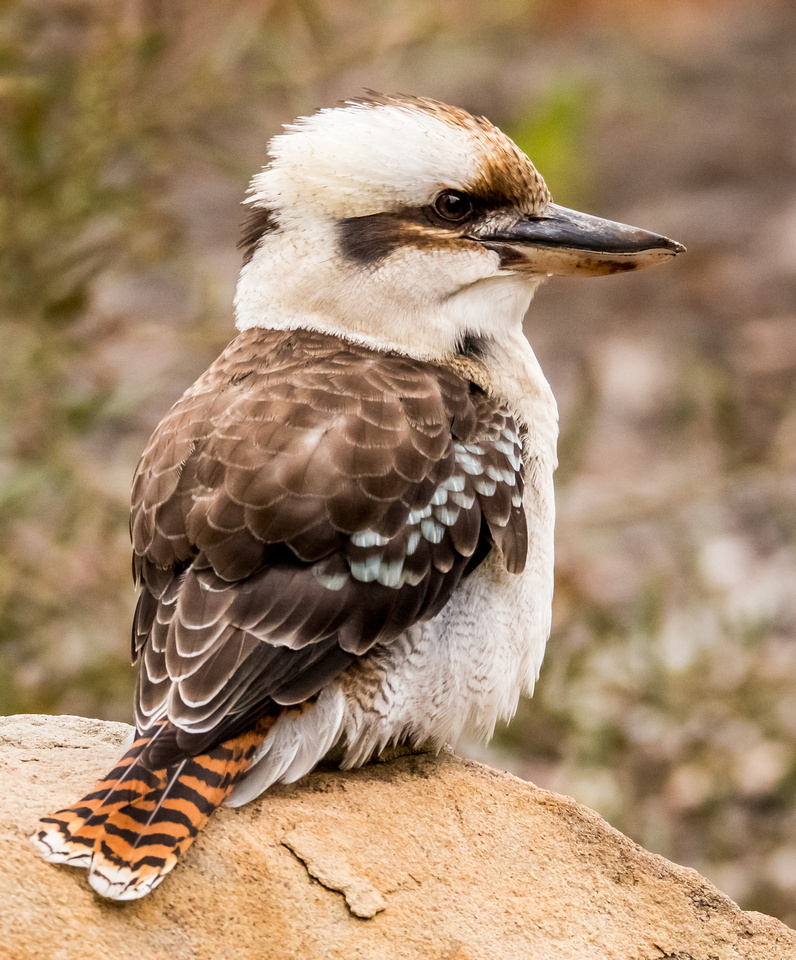 After that it was time to head out before the gates closed, so a bit of a mixed bag this week some reasonable shots others not quite as good as they could have been, but thats all part of the fun of it all.

​Thanks for dropping by my blog for the week, long weekend coming up here in Sydney so we'll see what I can find then, the plan is one night to head into Sydney for the Vivid lights festival around the Harbour, so we'll see how that goes this year.