This weeks Blog is again the shots for the weekend at the Australian Botanical Garden's, Mount Annan.

So similar to the last few weeks Ill run thought the shots and a little about each one. The first shot is a little mushroom that was growing in the middle of a walking track in the grass, I set up and was taking a series of these shots when I heard a noise down the path and looked up to see a mountain bike rider riding a long the path, So I grabbed my gear and moved it out of the way while standing over the mushroom to protect it as the bike rode past then reset up and went to work on this one below. AS usual this shot was done with two peed lights plus in this case a small piece of aluminium cooking fold I use as a small reflector to bring back some of the light in the shadows. One of the light has a brown gel over it to add some colour to the shot.

​I also used a small water spray bottle I carry with me to add in the water drops this usually helps bring out the colours of the mushrooms and in some cases gives some highlights for the flashes to reflect off as on the upper cap of this one. 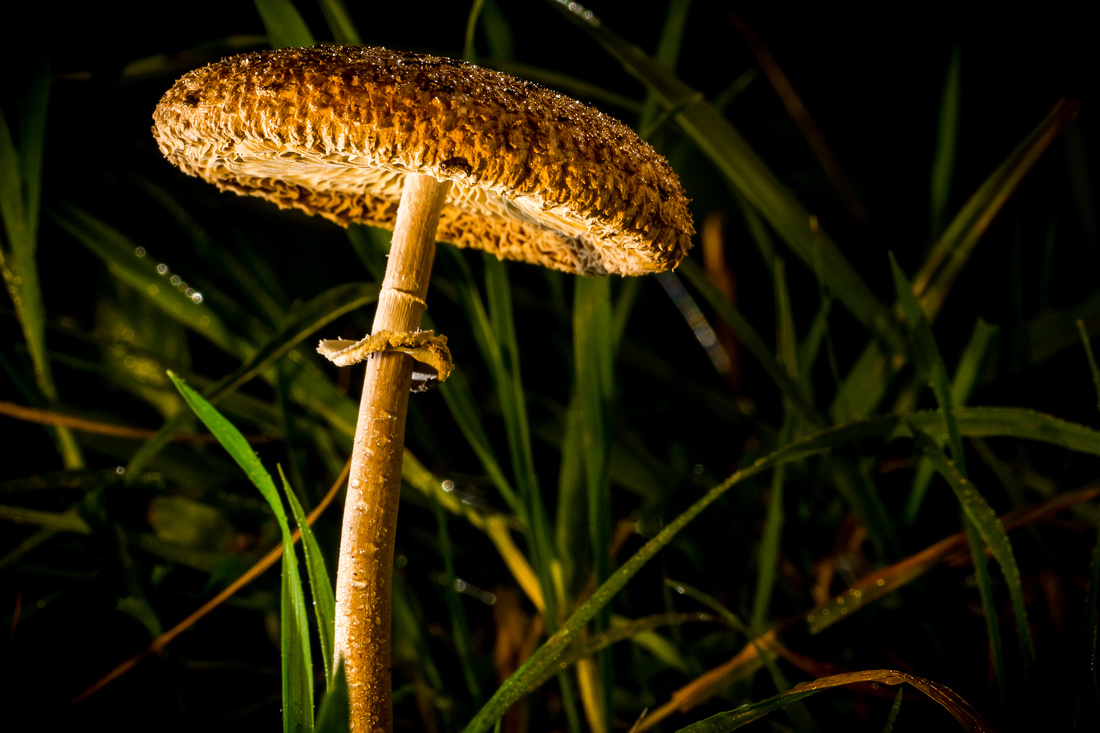 Fromt ehre I walked along the track to the plant bank and found this little Grey fantail bouncing around. The shot below shows it with its fan tail up. 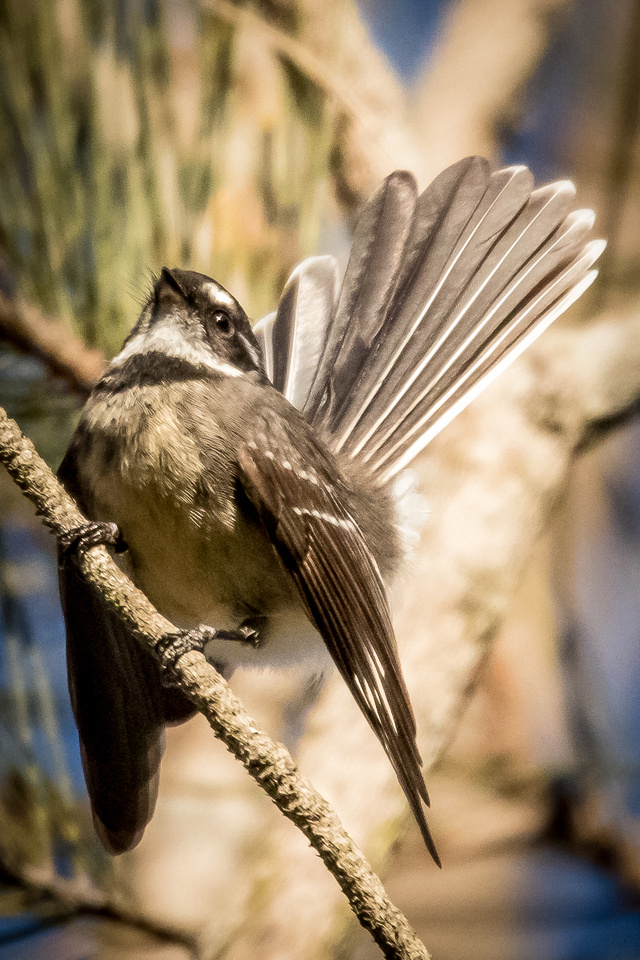 ​The next shot shows the Bird just after it leaped from its branch and is in a sort of dive to the next one. Needed a fraction faster shutter speed for this one, But still not to bad. 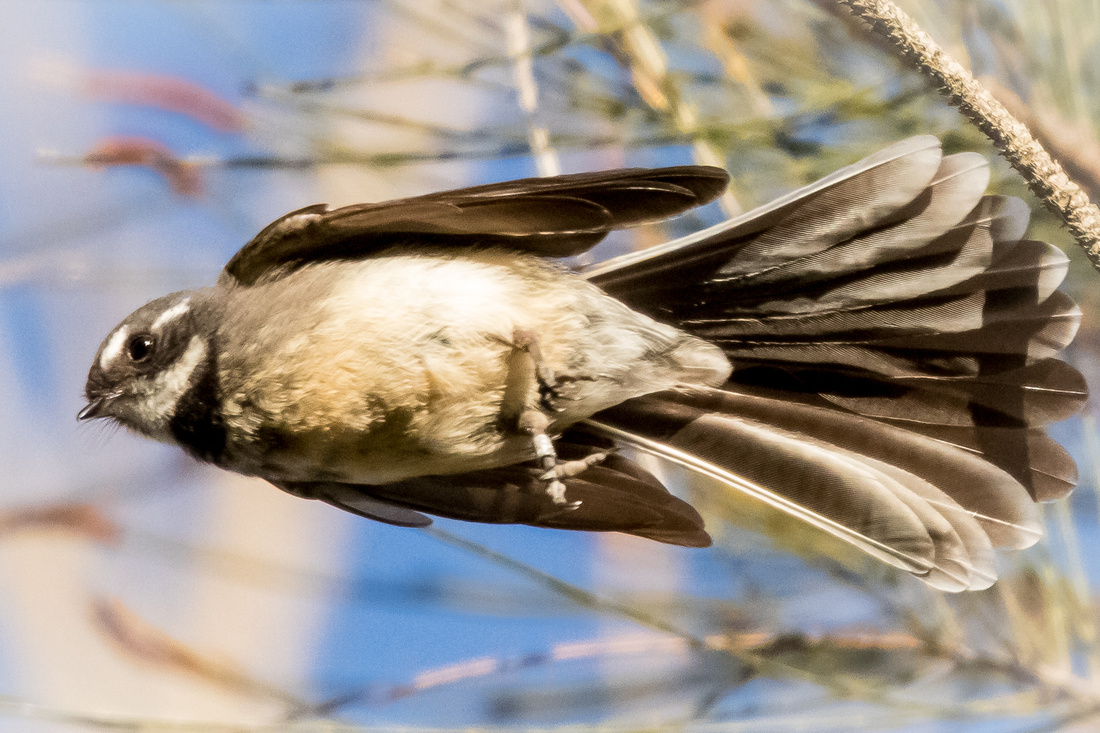 This week around the daisy no butterflys but some insects to practice with. 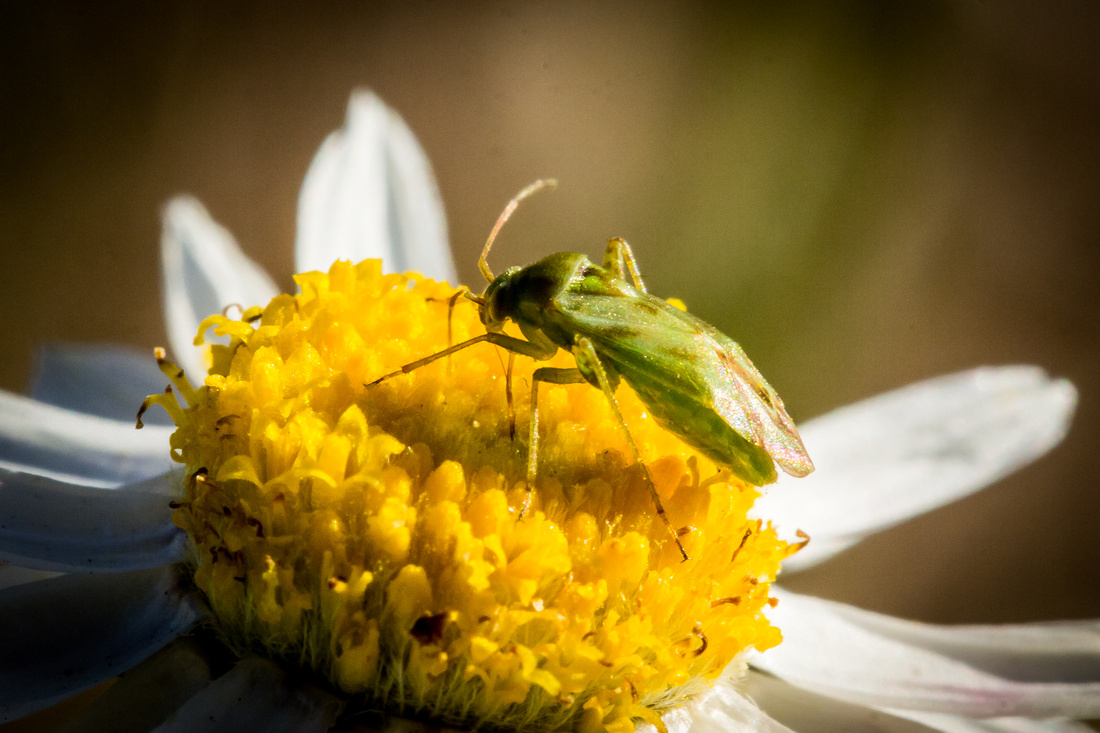 Around the guarded the wattles are starting to come out now as well usually August is the best time for Wattles but there is still a few coming out now, mind you you can always find one somewhere in the gardens in flower depending on the type it is. 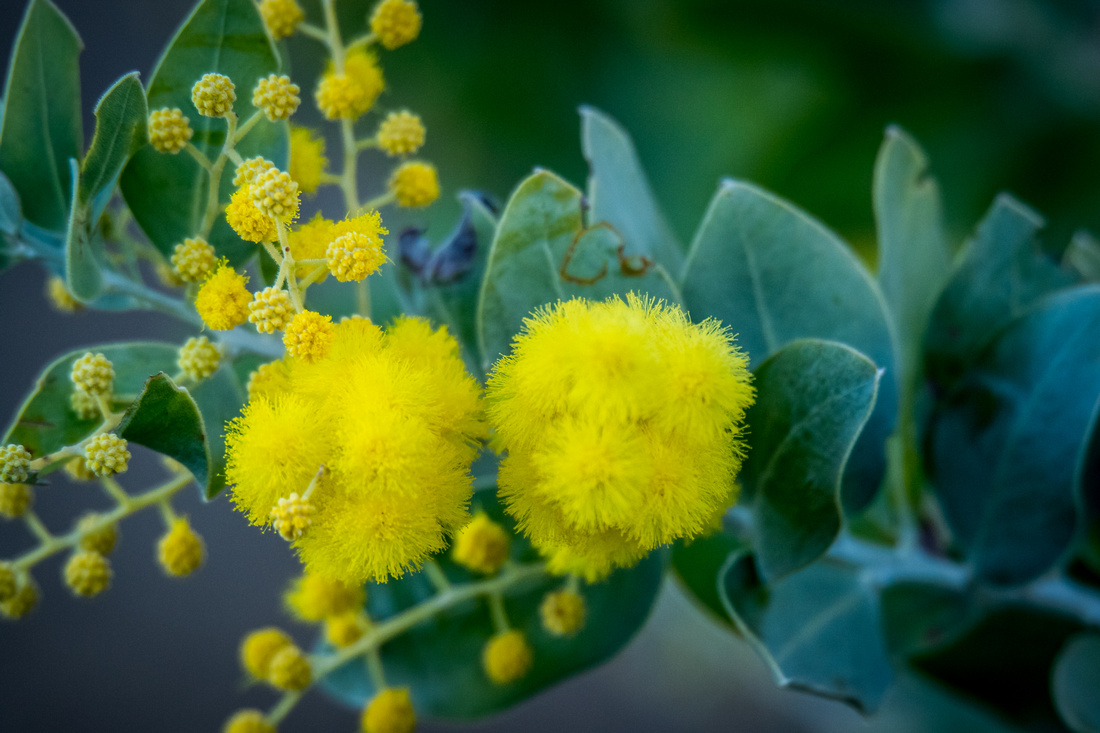 As I was driving around the gardens I spotted this immature grey Butcher bird catching the last of the afternoon sun. The juvenile birds are a brown colour before urn gin he grey of their parents. 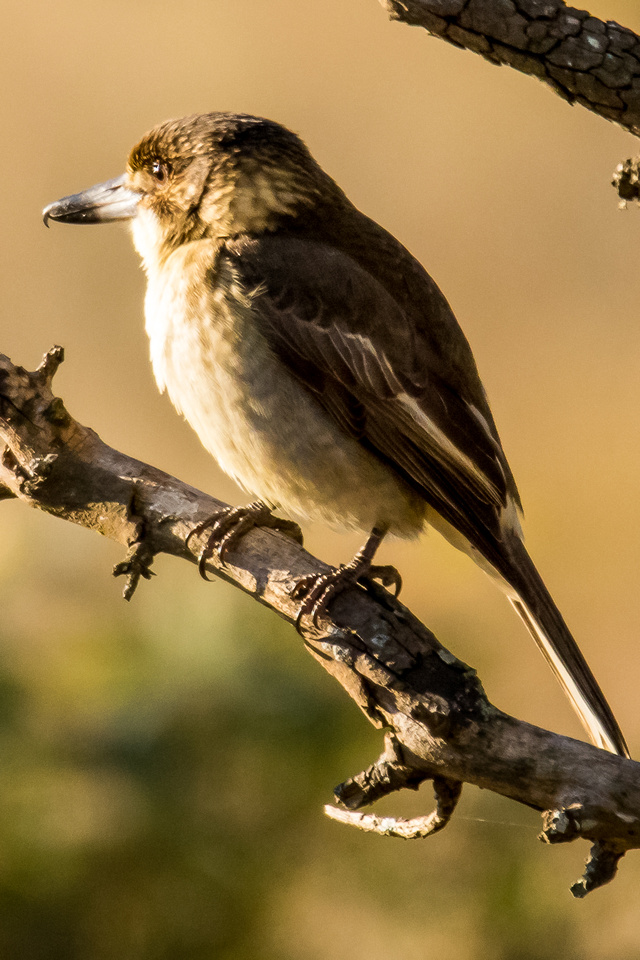 Lastly I finished up by the lakes near the main car park before driving home when this Australian White Ibis flew right over head so I managed to get this shot as it flew by. The ISO was up to 2000 of this shot, happy to go up that high with the 7d mk2 would never thought to go much over 800 on the 60d so the 7d mk2 is certainly a much better performer when it comes to that a and many other things. 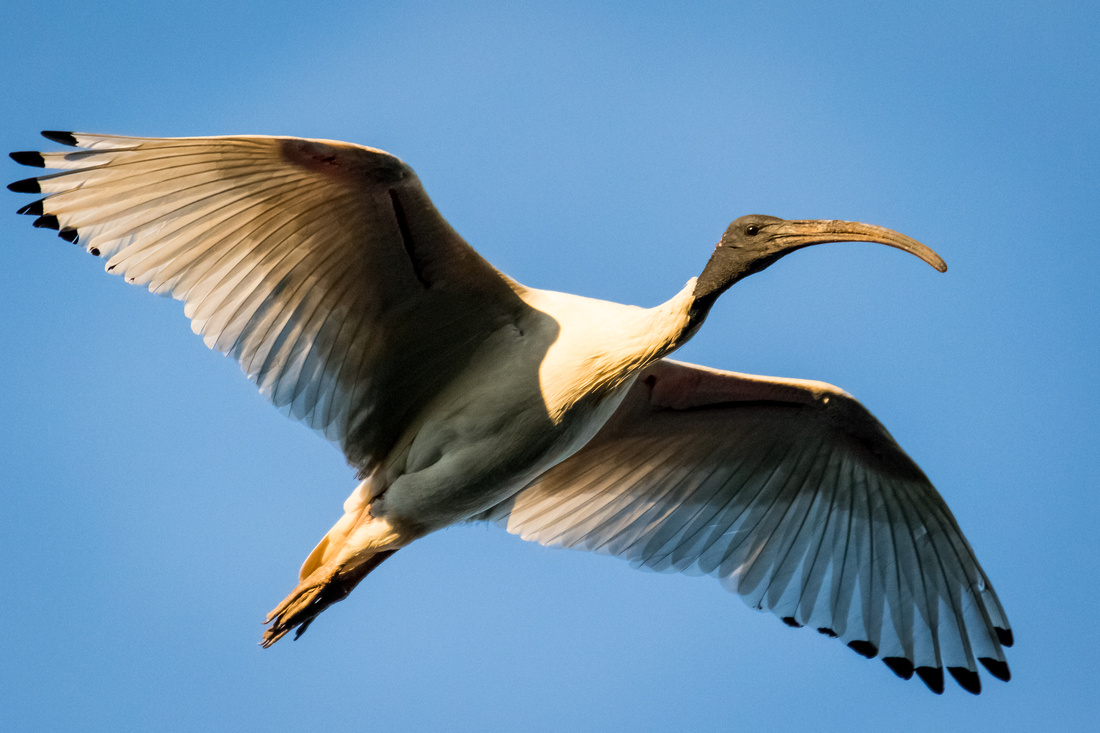 Thanks for dropping by my blog, hope you like it, next week will be somewhere different other than the Australian Botanical gardens so you'll have to wait for next week to find out where. Have a great week there.