This weeks blog post is a walk thought of the shots from this weeks walk in the Australian Botanical Gardens, Mount Annan. The shots for this week in a lot of cases were just a little to distant so have been heavily cropped and as a result the image quality isn't the best this week. Some times a 600mm lens just isn't long enough.

This first shot is of a Variegated Fairy-wren (Malurus lamberti) Lighting conditions was a bit dark so the I have upped the ISO and as the wren was a fair bit back from the path this one’s been heavily cropped so the image is starting to break up a bit particular around the tip of the wrens tail.  If it was a bit closer could have made a nice shot. So having a high ISO certainly limits the amount of cropping you can do. 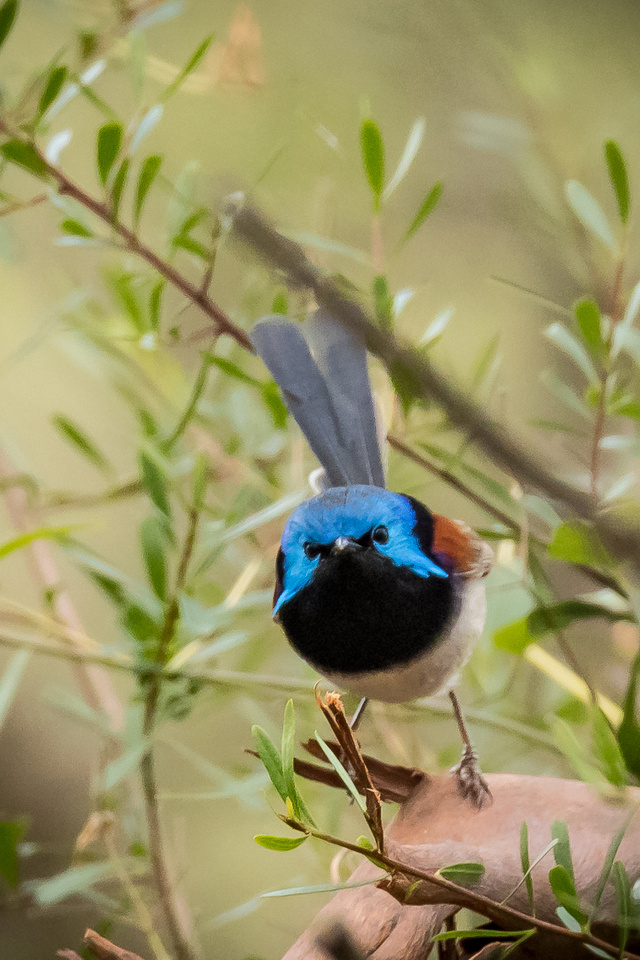 Same issue on this one a White-browed Scrubwren (Sericornis frontalis) again well set back from the path so heavily cropped in again to frame the shot but the image is again breaking up. The image at full size isn't so bad but the detail of the bird is lost so its a bit of which is better the cleaner image which shows no detail or the cropped image which has the framing. Either way both these images aren't the best. One for the learning box. To know for next time. 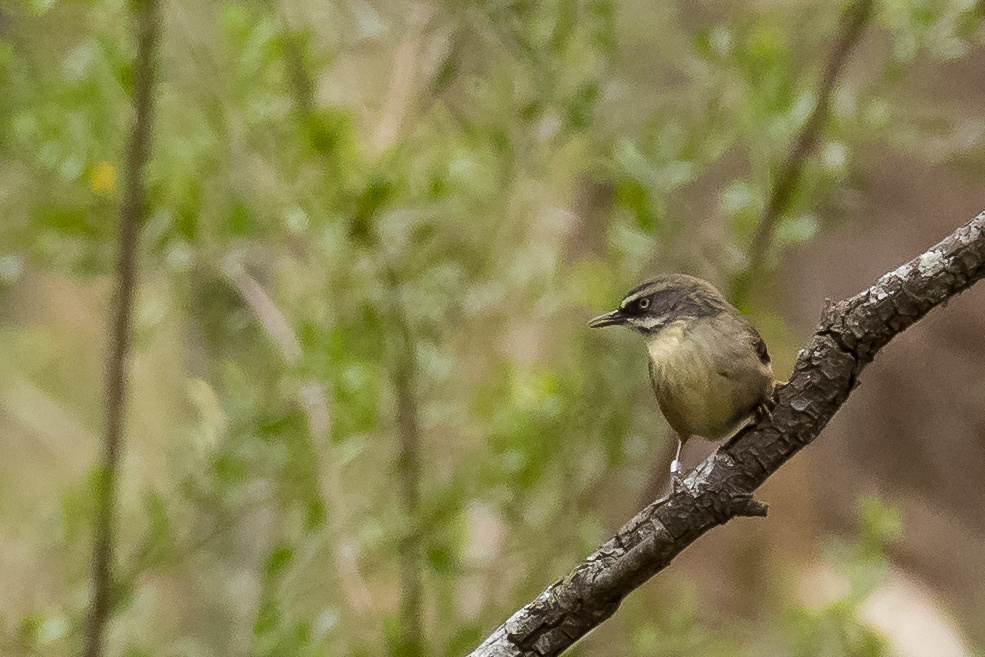 Here's the same shot still cropped but not as heavily. This shot is only at ISO 1250 so not excessively high ISO but shows you how cropping will deteriorate the image. 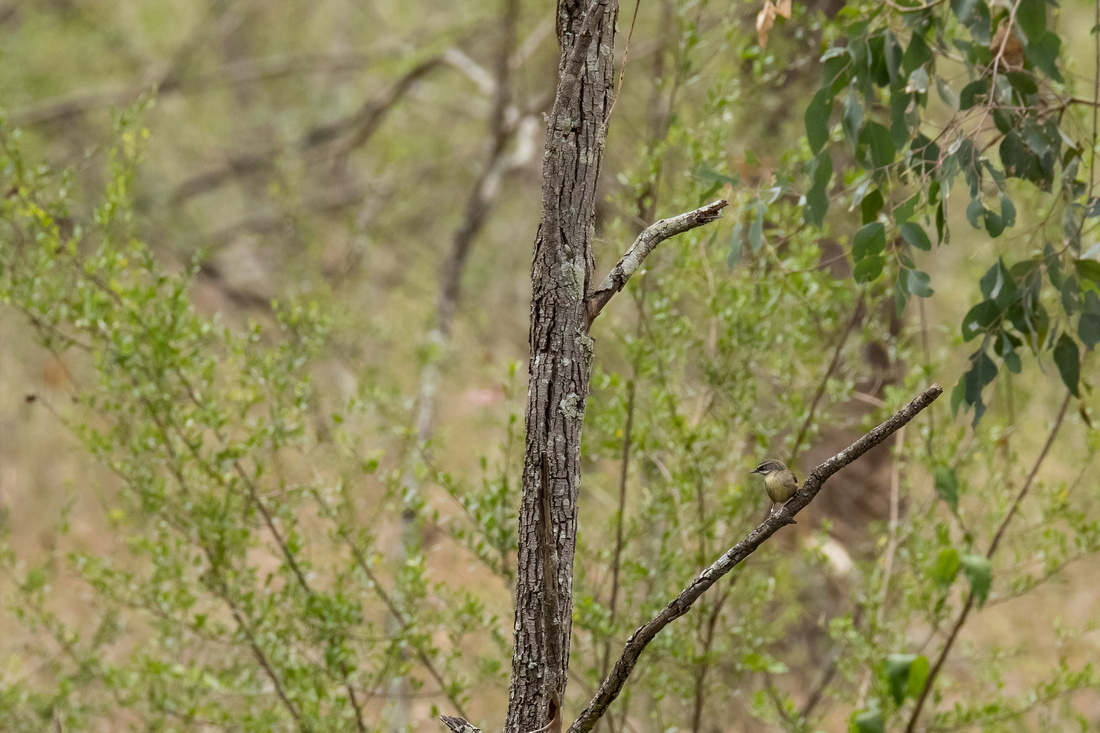 Next up I walked a long the path towards the plant bank on the opposite side of the road to the stolen generation memorial and just before the clearing leading to the plant back I found a small group of White-winged Chough (Corcorax melanorhamphos) these were foraging around the leaf litter on the ground. 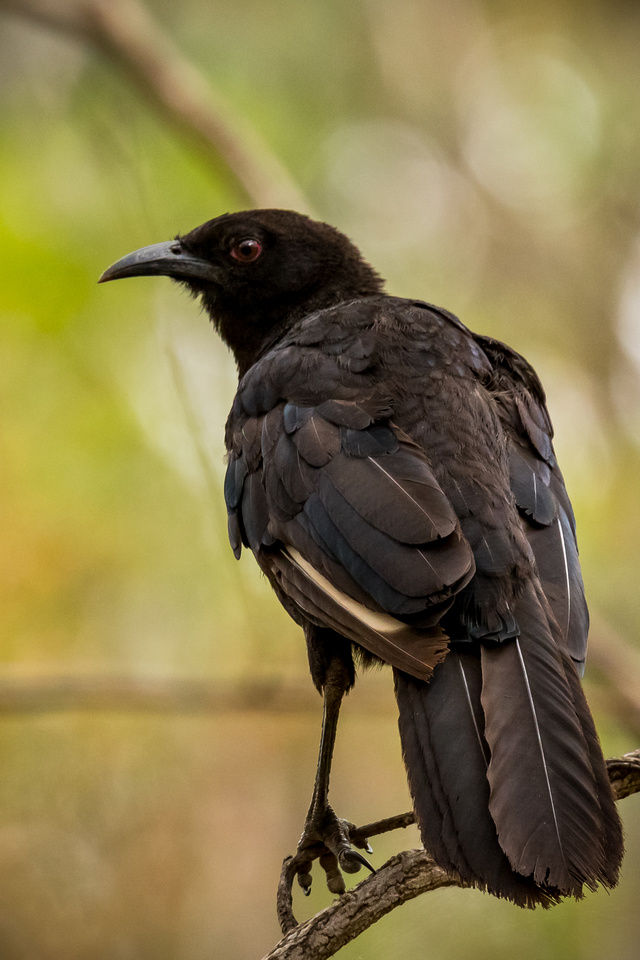 From there I drove up to the connections gardens and checking on the Pied Currawong (Strepera graculina) nest the Chicks are still in the nest so maybe another week or so to go, not as windy as last week but still a good breeze blowing so the nest was still moving about a fair bit so not so easy to get a clear shot, but managed these two. 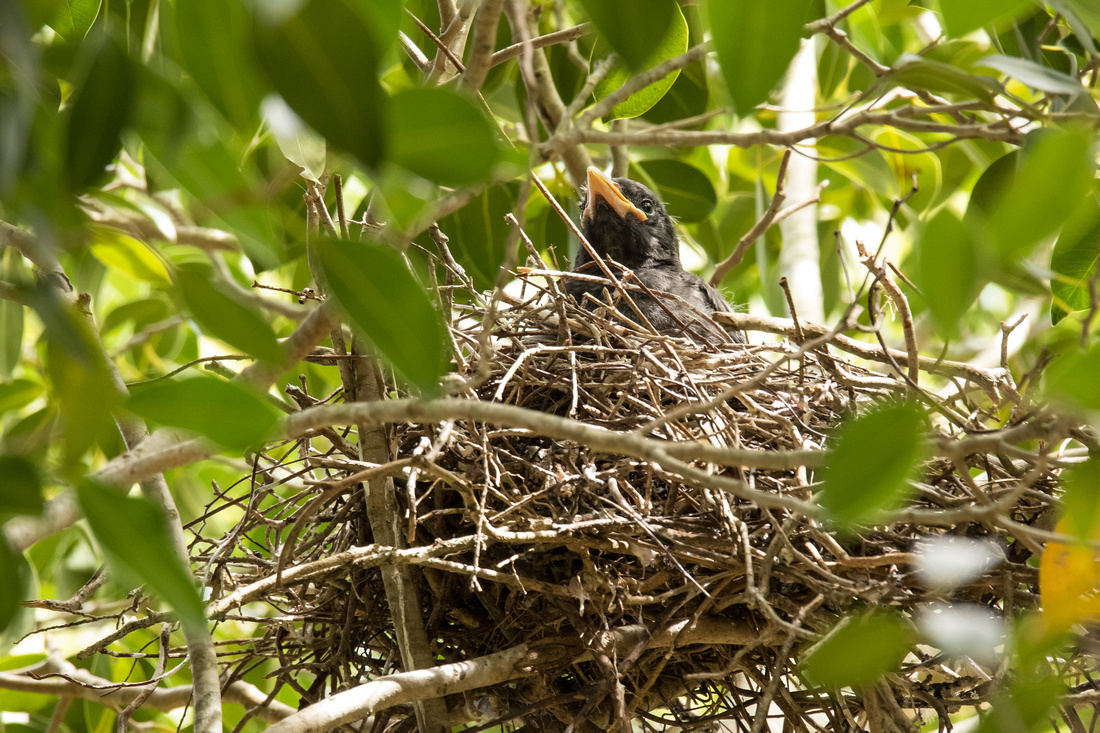 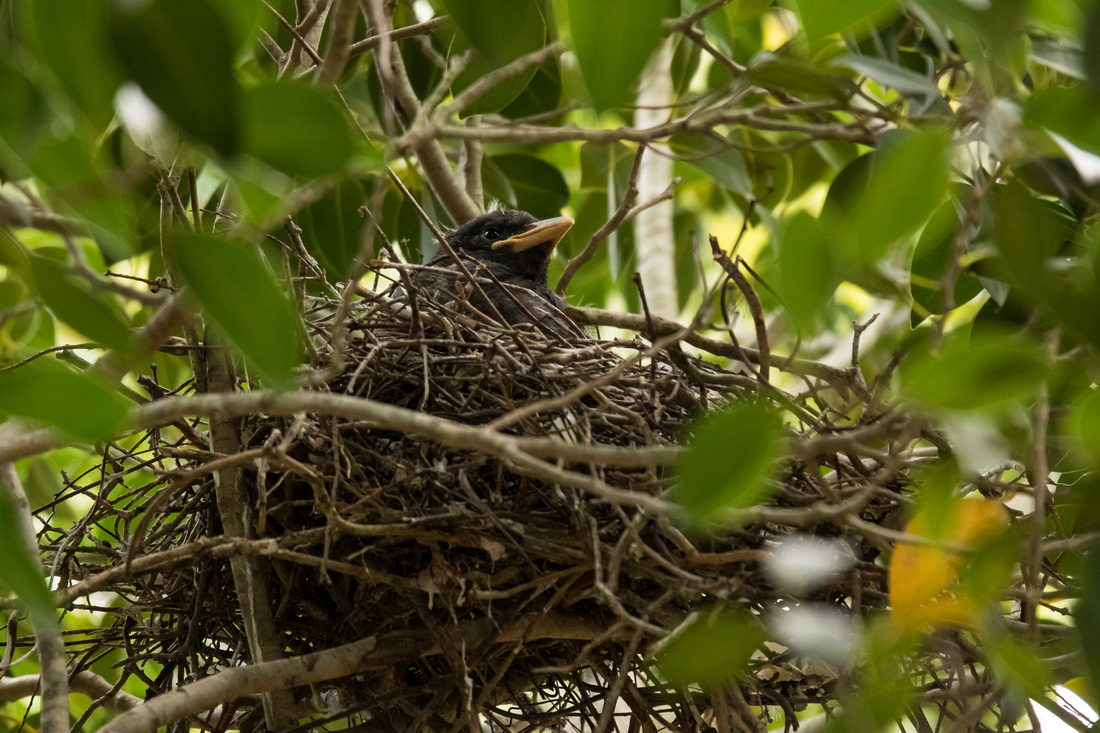 After last weeks shots of the Swallows being feed at the lake I took a walk down to the lakes to see what was going on there, on the way I came across these Kangaroo paws with the  sun on them. Not happy with this one the backgrounds fine but not enough depth of field to the flowers. 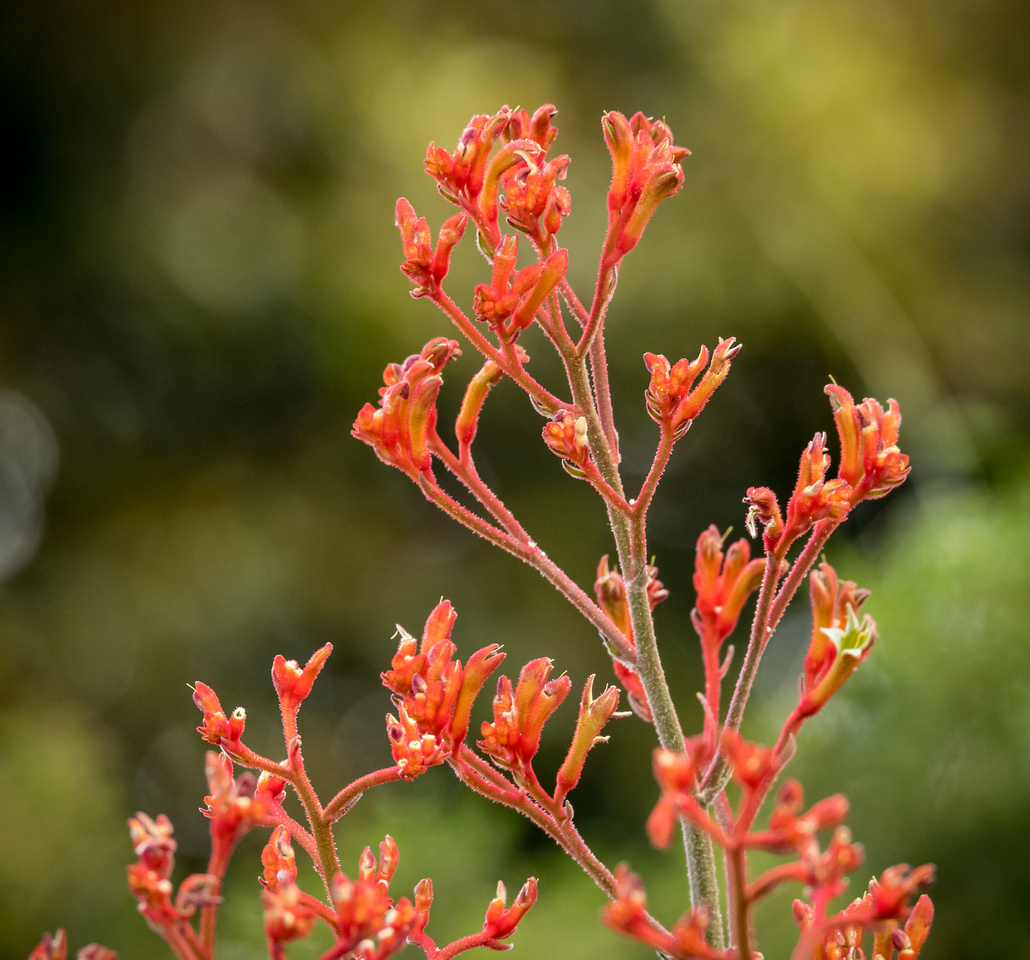 Again the swallows were in the branches in the middle of the lake.  Again quite a bit away so when cropped in to show the sense of action the image start to break down again. 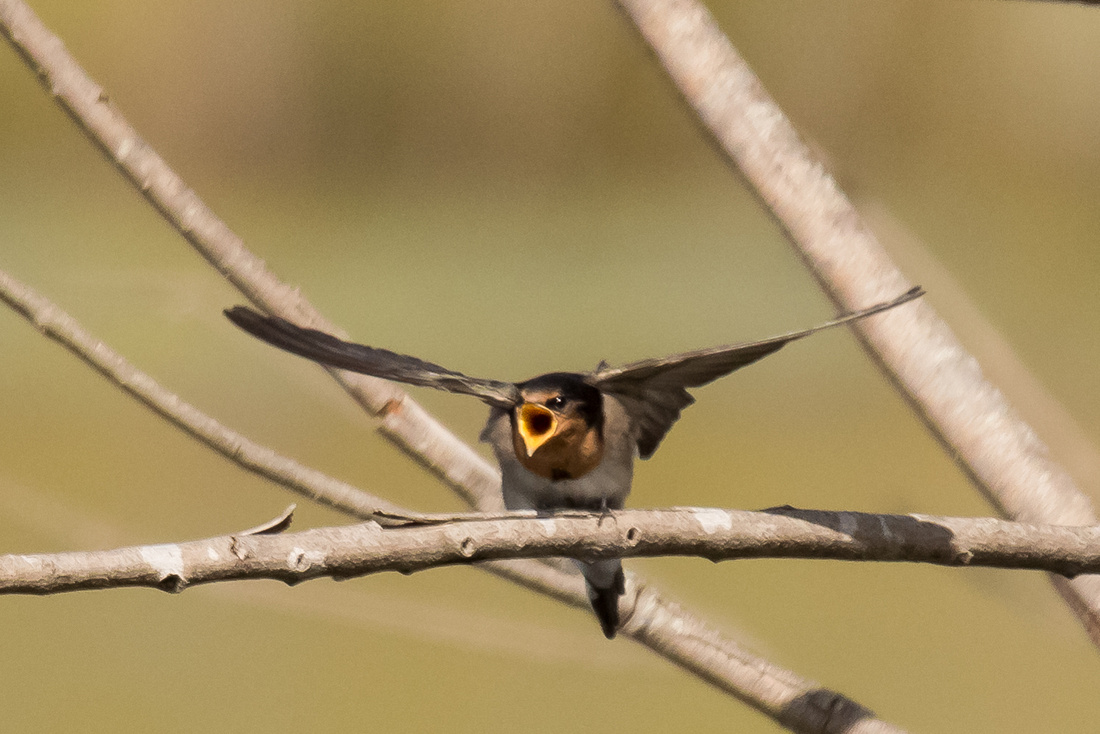 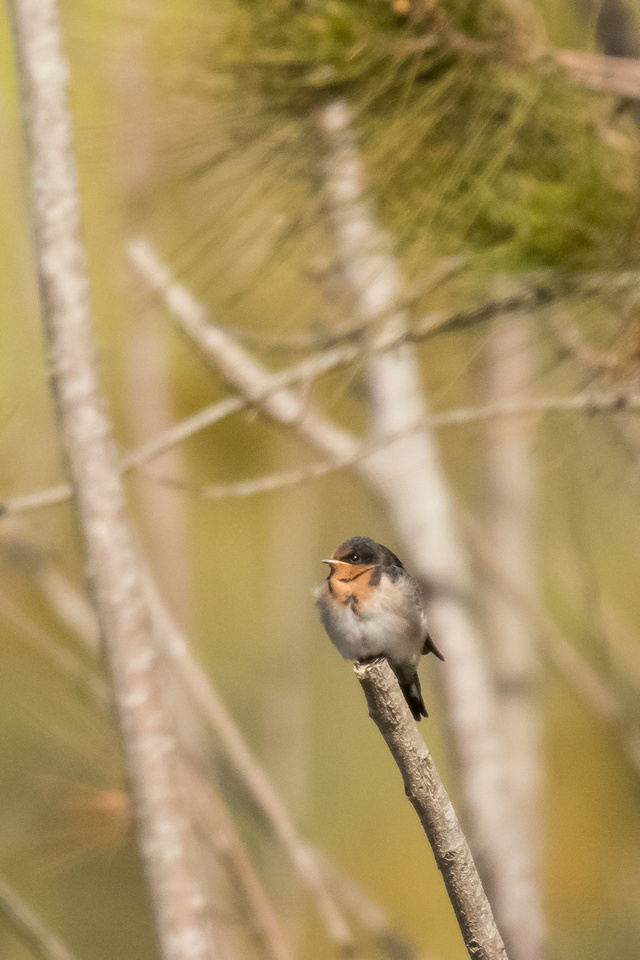 This week I took a drive around to the Banksia Garden as well to see what was about there, A few Grevilleas in flower of different types from bright yellow to pinks and reds. 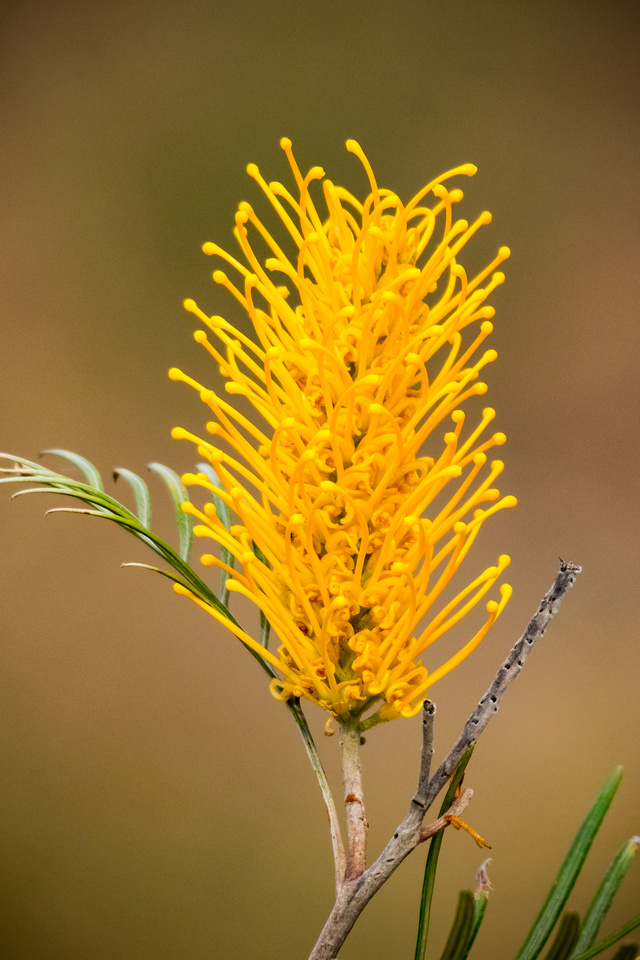 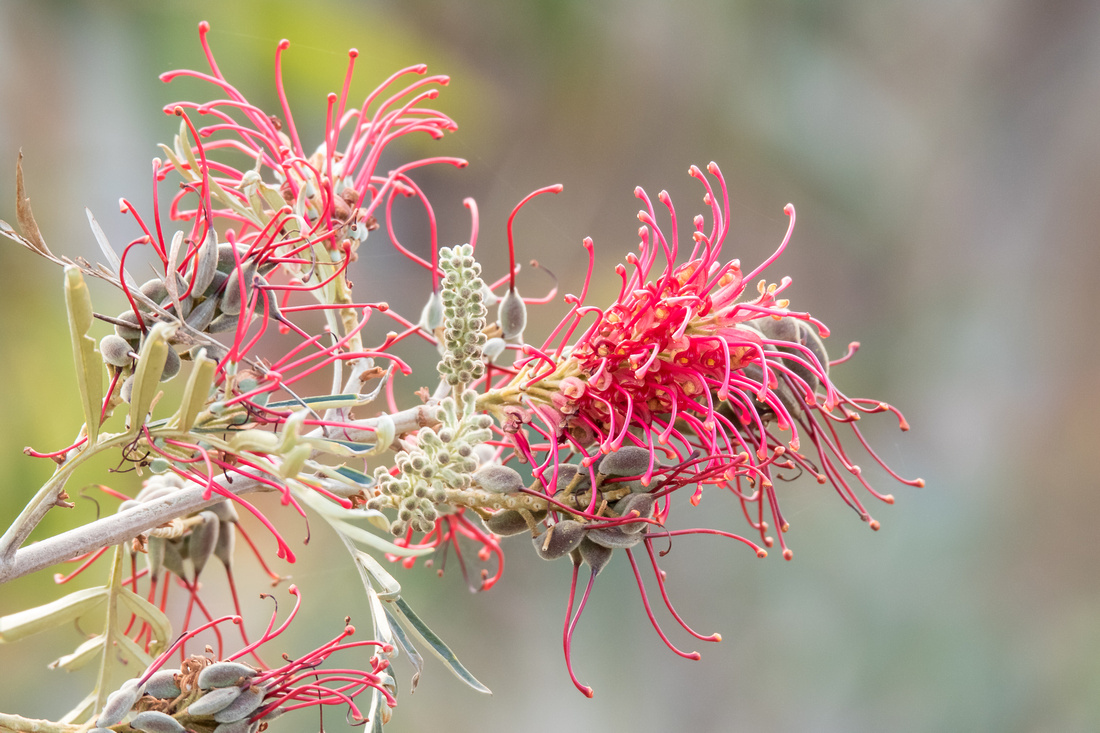 This Australian Raven (Corvus coronoides) was also about cleaning up the ice someone left behind after their BBQ. 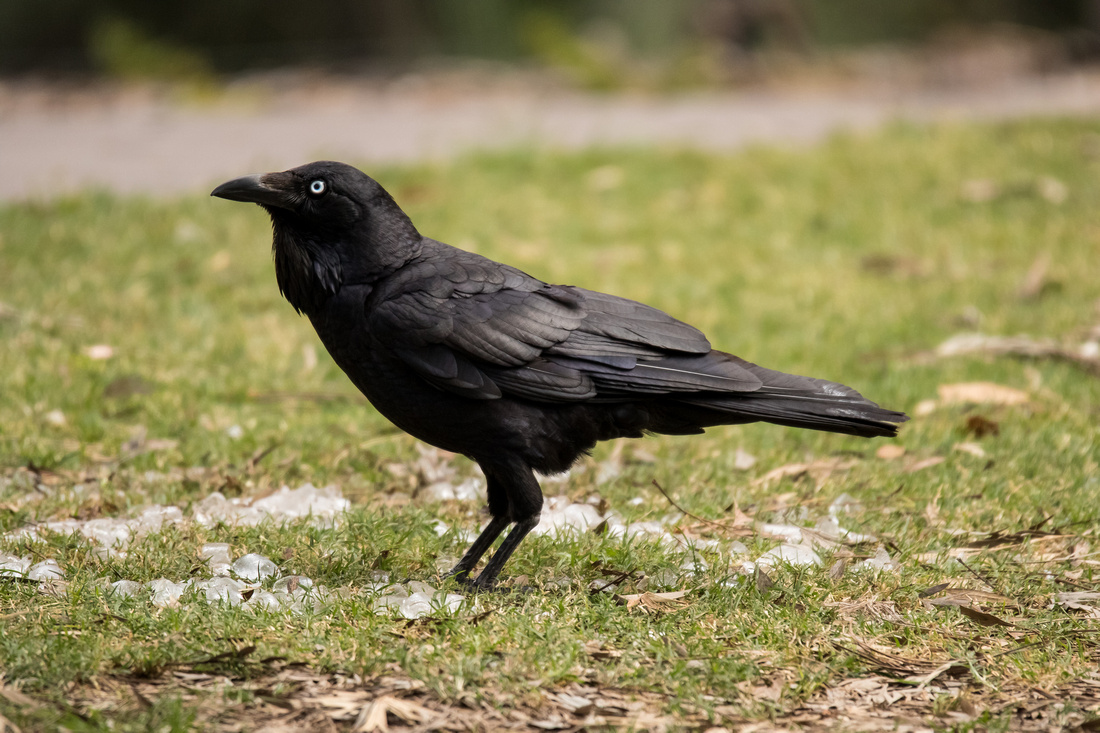 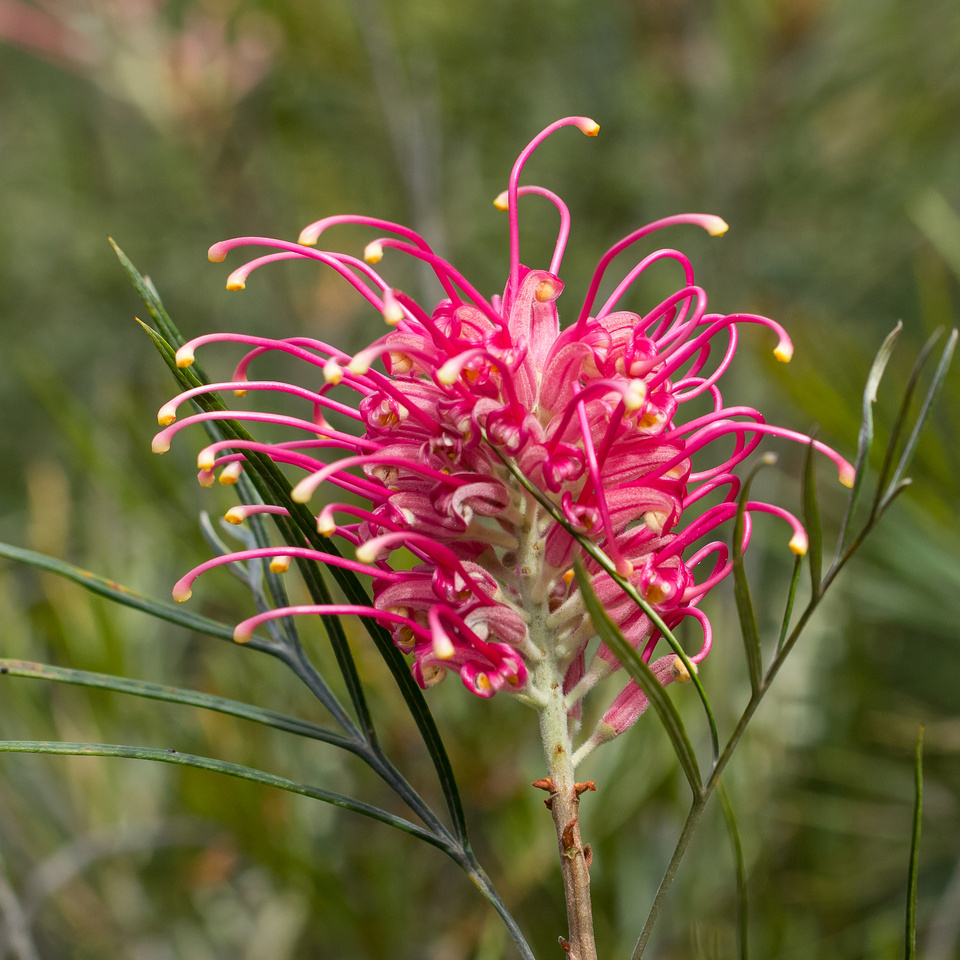 This little Wattlebird (Anthochaera chrysoptera)  wasn't at all shy so good got quite close of once this weekend for these shots you can see the difference in clarity in these two compared to the earlier ones. 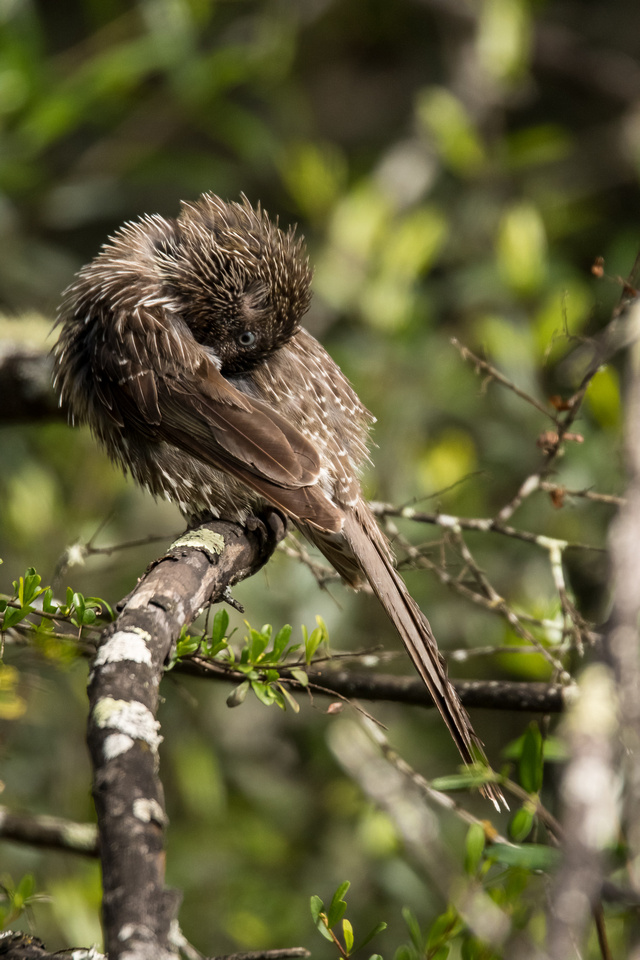 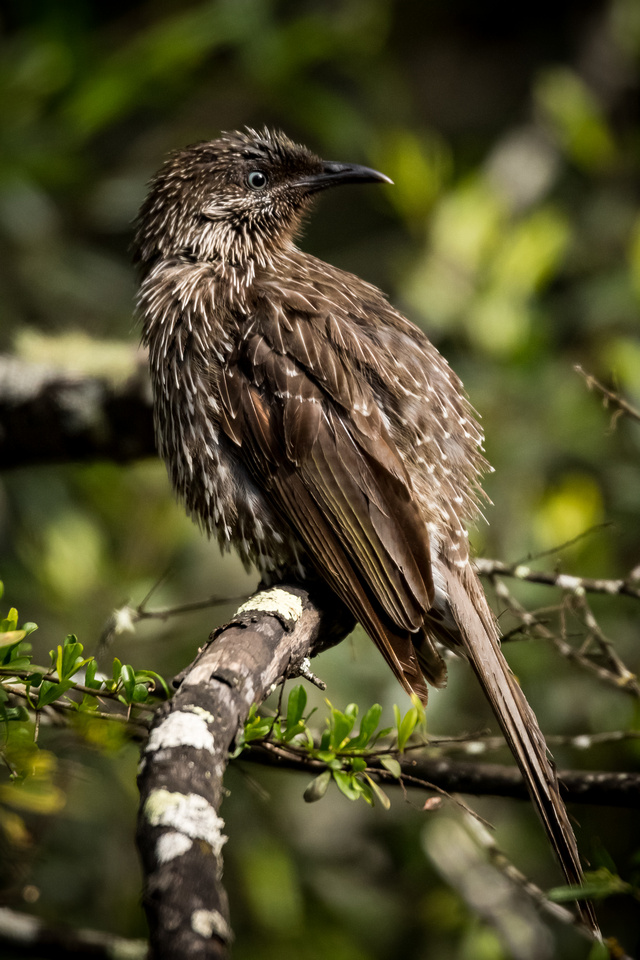 One last Grevillea for the week. 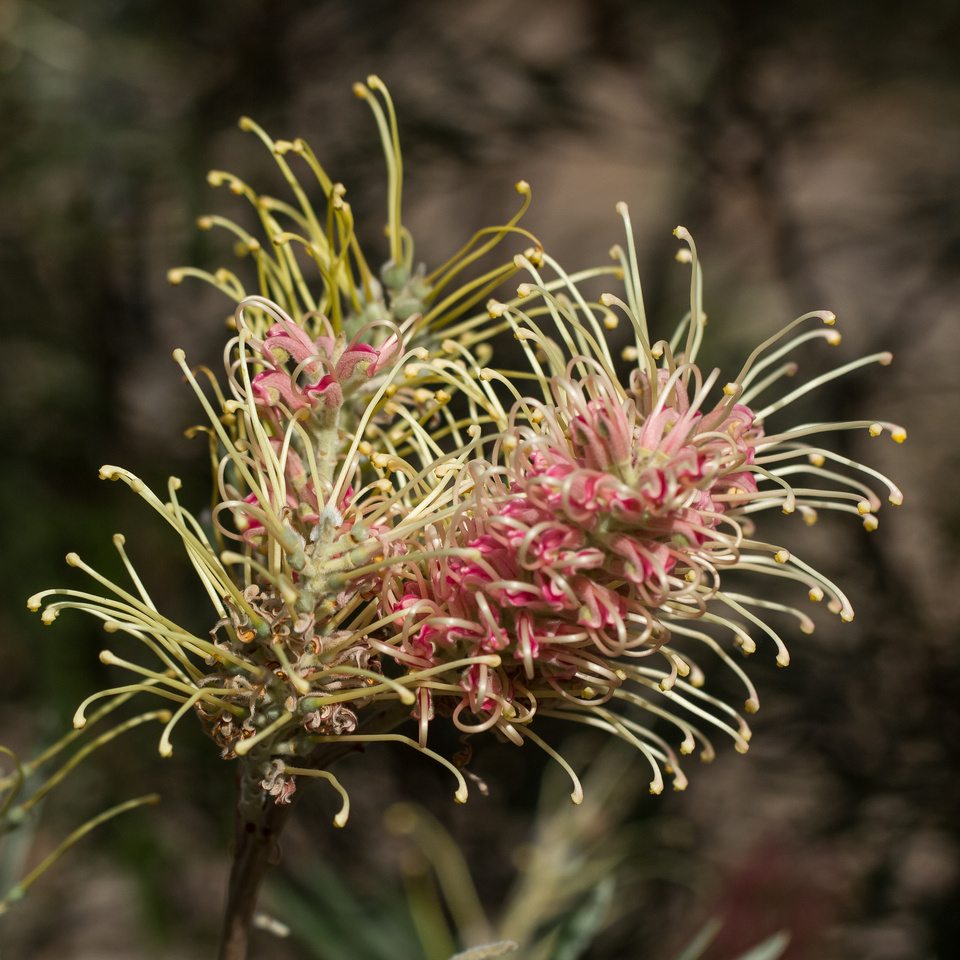 So thats it for this weeks shots, lesson learnt is get as low as an ISO as possible if you will be forced to crop into an image.

Thats it for this weeks blog post, I'll be back next week wth more.